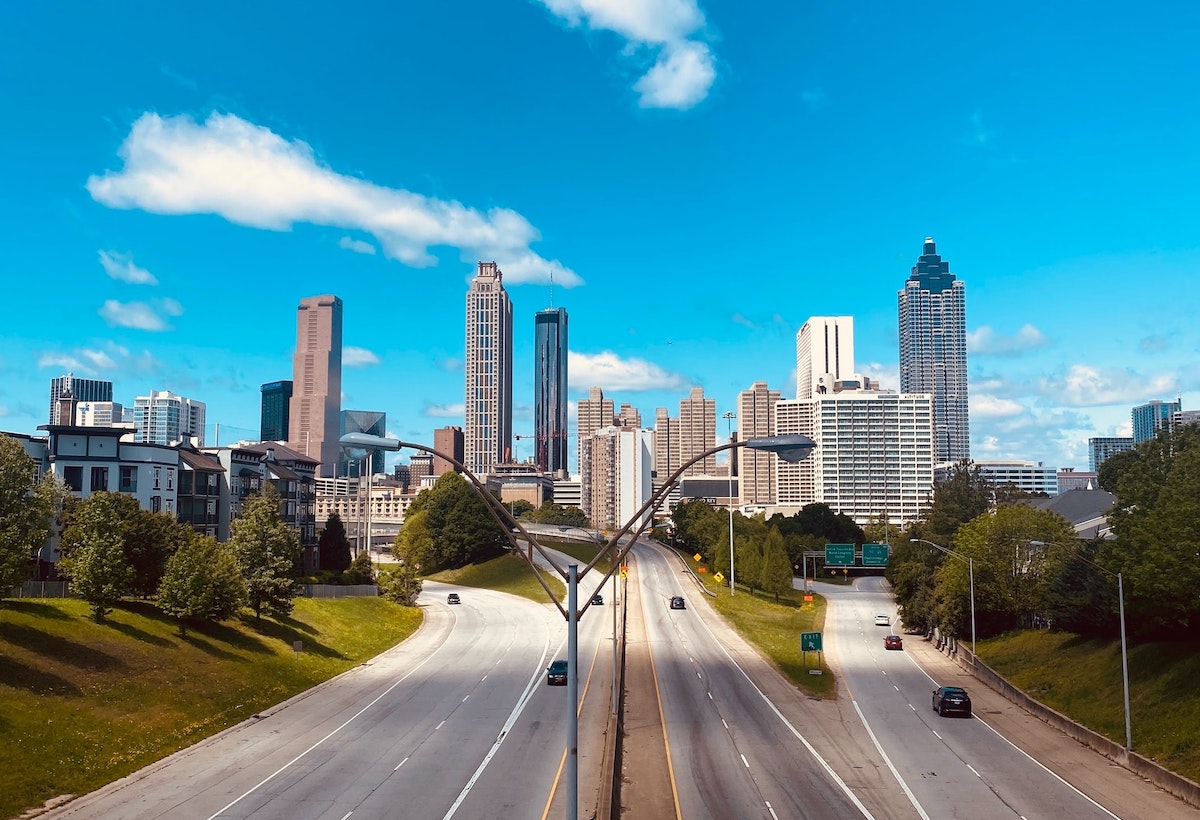 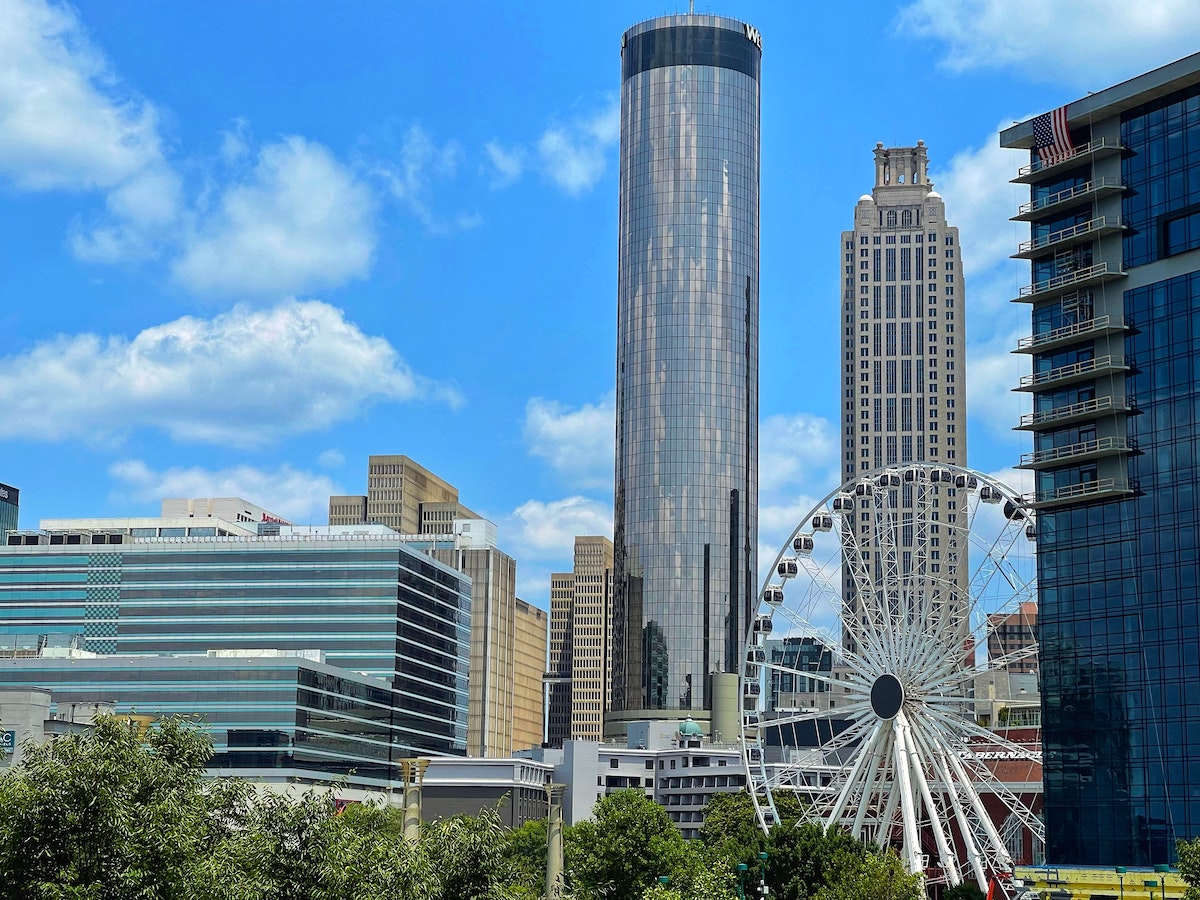 Atlanta is the most famous city in the state of Georgia. Many would even go so far as to say it's one of the most popular metropolises in the American South too. With its bustling energy and lively industries, it's on its way to rivaling the likes of New York on the East Coast and Los Angeles on the West Coast. Before long, it can even be a top tourist destination in the US too! But exactly makes Atlanta such a noteworthy place? What is it about this electric city that continues to draw people in? Well, here's some important info that you ought to know about.

With a population of 510,884 residents in its metropolitan area alone, Atlanta is undoubtedly the biggest city in the state of Georgia. It's even likely that it's one of the biggest and most populous metropolises in the southern states of the US too. And this only goes to show just how much attention Atlanta is getting. More and more people are moving here and it's even becoming a notable business hub for the African-American community too. Despite its diversity, however, English remains the dominant language here. Those who are planning to stay here for a long time would benefit from learning English.

When Should You Visit Atlanta?

Since Georgia, the state that houses Atlanta, is famously part of the southern US states, the weather here is often hot and sunny. However, this doesn't mean that the city remains warm all year long. In fact, you might even be surprised to know that it snows in Atlanta, mostly during the month of January. With this in mind, the best time to visit Atlanta is during springtime—from March to May. This season has the mildest temperatures in the year, far from the intense summer heat and the harsh winter cold spells. The spring climate in Atlanta is just right. 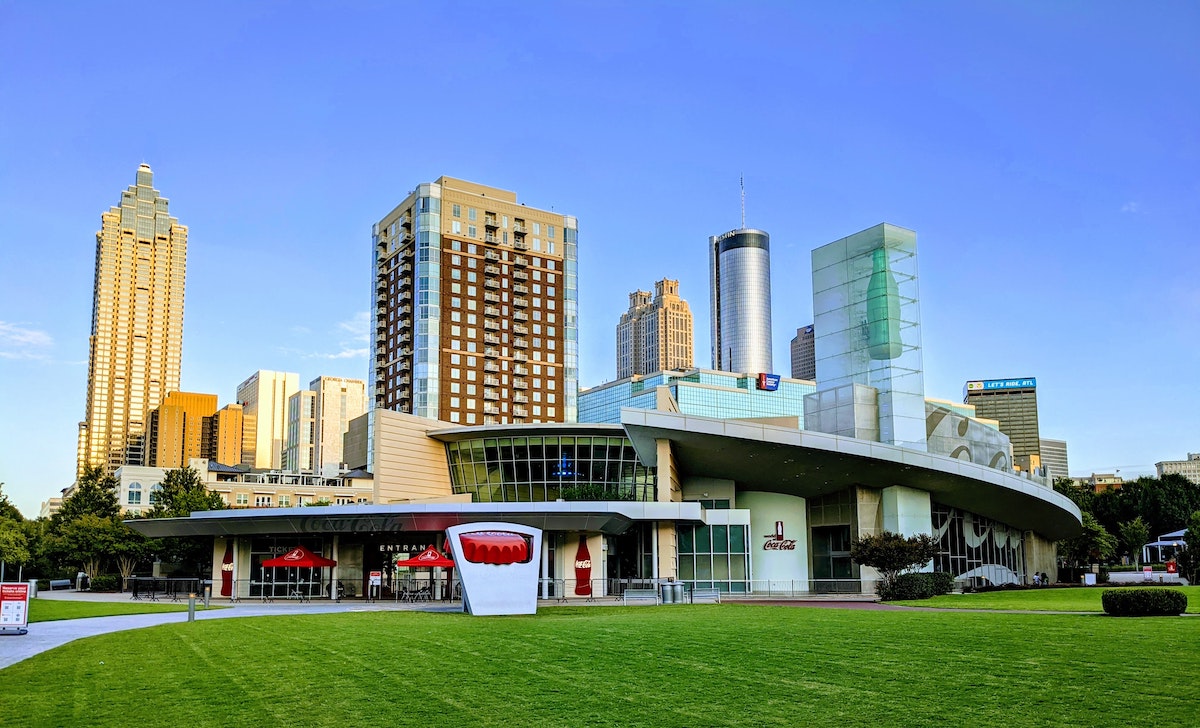 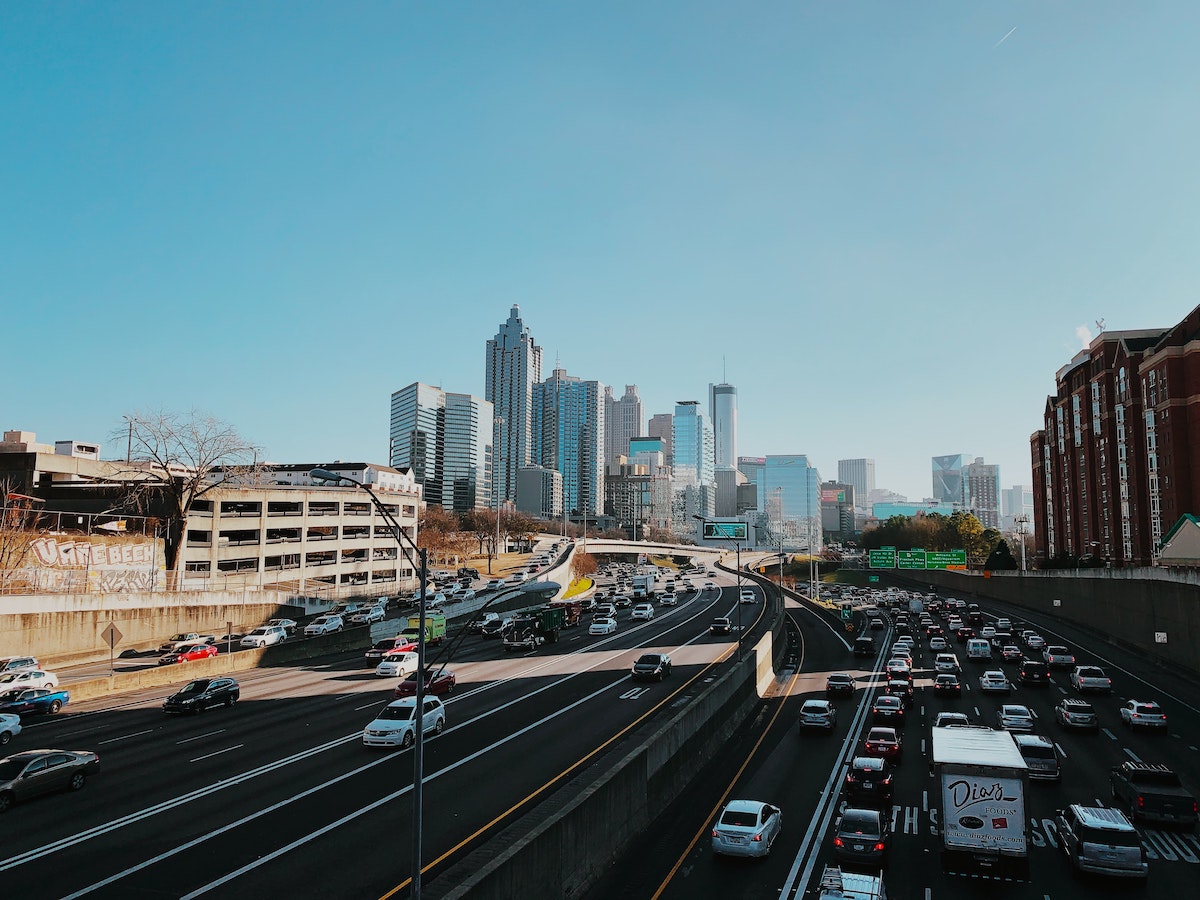 The Most Notable Neighborhoods in Atlanta

Don't let what you've seen in movies and TV shape your idea of what kind of city Atlanta really is. As the saying goes, 'there's always two sides to every story' Not all of Atlanta is as busy, as glamorous, or as dangerous as various media portray. Even the many neighborhoods in the city are very different from each other. The Buckhead district, for instance, in Midtown Atlanta is an upscale area with many bustling establishments. It's far from the likes of Kirkwood, a nature-bound neighborhood that's more peaceful and suburban. This place has a ton of great luxury homes for families too.

While Atlanta may not be that popular of a tourist destination, especially when you compare it to the likes of New York and Los Angeles, it continues to draw in a ton of visitors nonetheless. And it's not as if the city was a boring place to begin with. There's a lot to do and see in Atlanta, many of which might surprise you!

SkyView Atlanta, for example, is an observation wheel that will give you astounding views of the city. It's the type of Instagram-worthy spot where you can get a good shot from all angles. The beautiful Atlanta History Center is also pretty noteworthy. It's a beautiful manor that harkens back to the Old American South, an undeniably grand yet dark time in American history. 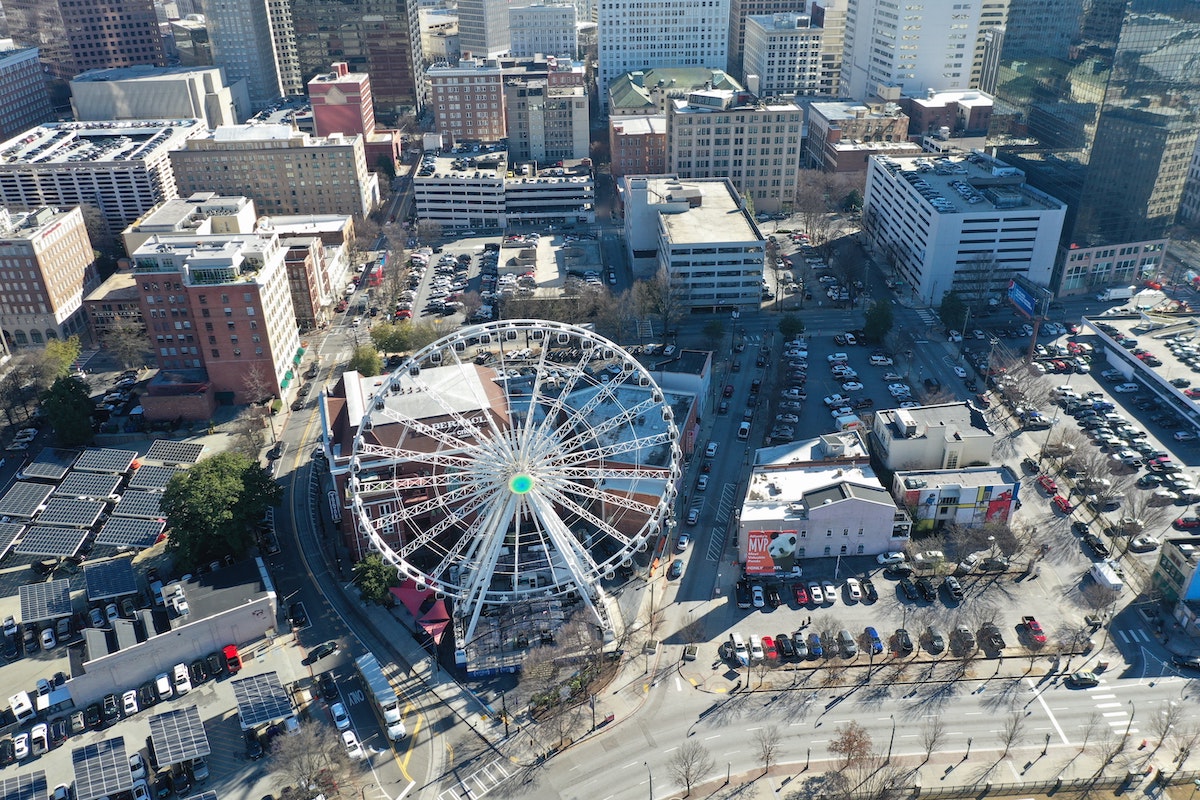 How Much Does it Cost to Stay in Atlanta?

By now, you're probably wondering, 'is it expensive to stay in Atlanta?' The truth? Not necessarily! This isn't to say that the city is cheap or anything. However, compared to many other US cities, Atlanta is pretty affordable. The living costs here aren't that high nor are they notably low. If you check out their common rental fees, for instance, you'll find that they largely range from $1,400.00 to $3,770.00 per month. Those figures aren't too bad considering that other metropolises price their rents within the tens of thousands range easily. As for food, you can get by with $100.00. That's worth one to two weeks' worth of groceries already. 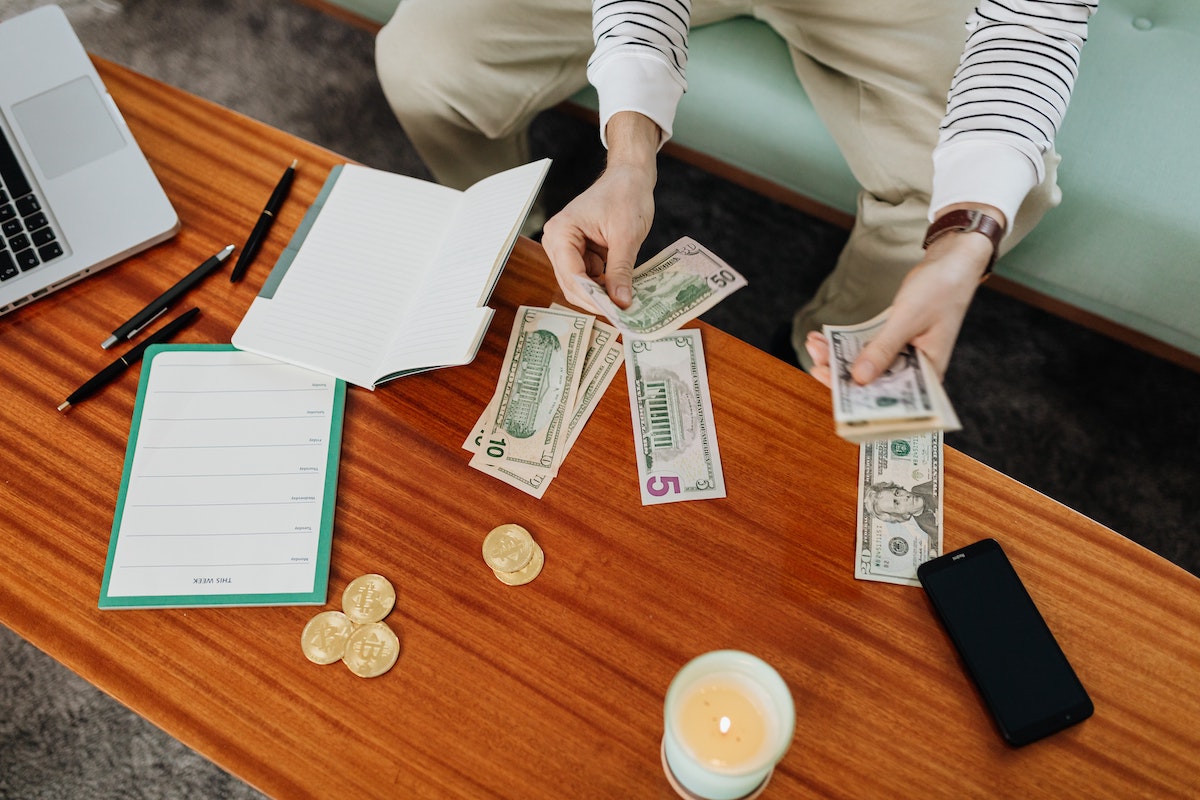 Atlanta is a pretty vivacious city for the most part. As long as you're open and willing, it'd be pretty easy to make a new friend here. However, as you are in the South, you'd do well to adhere to American social customs. They don't take offensive people too kindly here.

For one thing, you'd do well to be sensitive to race issues. Racism is a hot-button issue in the US right now and in a diverse city like Atlanta, you have to be more careful with your words and actions. Claiming ignorance is no longer enough to escape sticky situations. 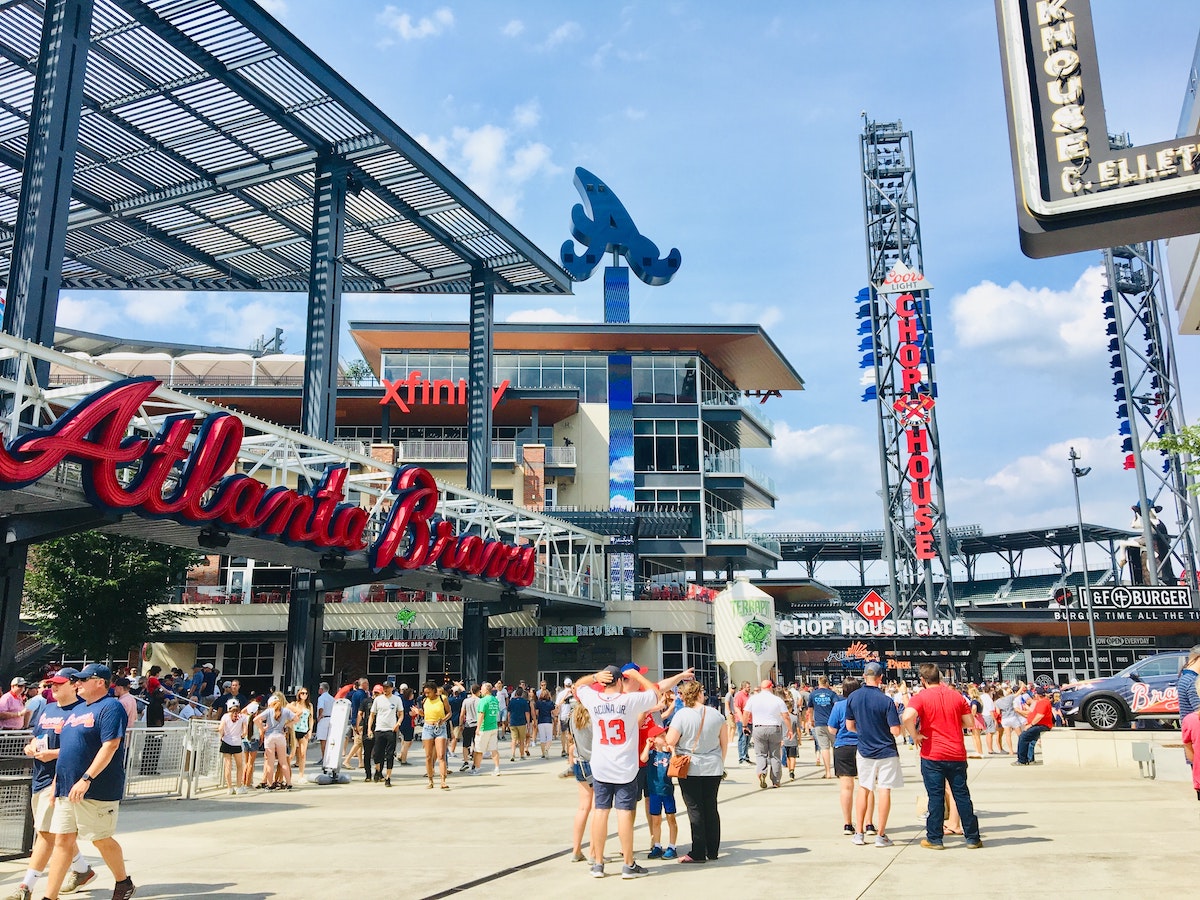 As a bustling metropolis, public transport is the least of your worries here in Atlanta. The city offers a variety of systems, each just as efficient as the next. There are buses and shuttle services with their own specific routes that center around various parts of the city. There are also the Atlanta streetcars, the city's own tram system. And of course, many taxis roam around the metropolitan areas too. You'd have no trouble getting to your destination in no time. Even more so if you rely on a transportation app too! 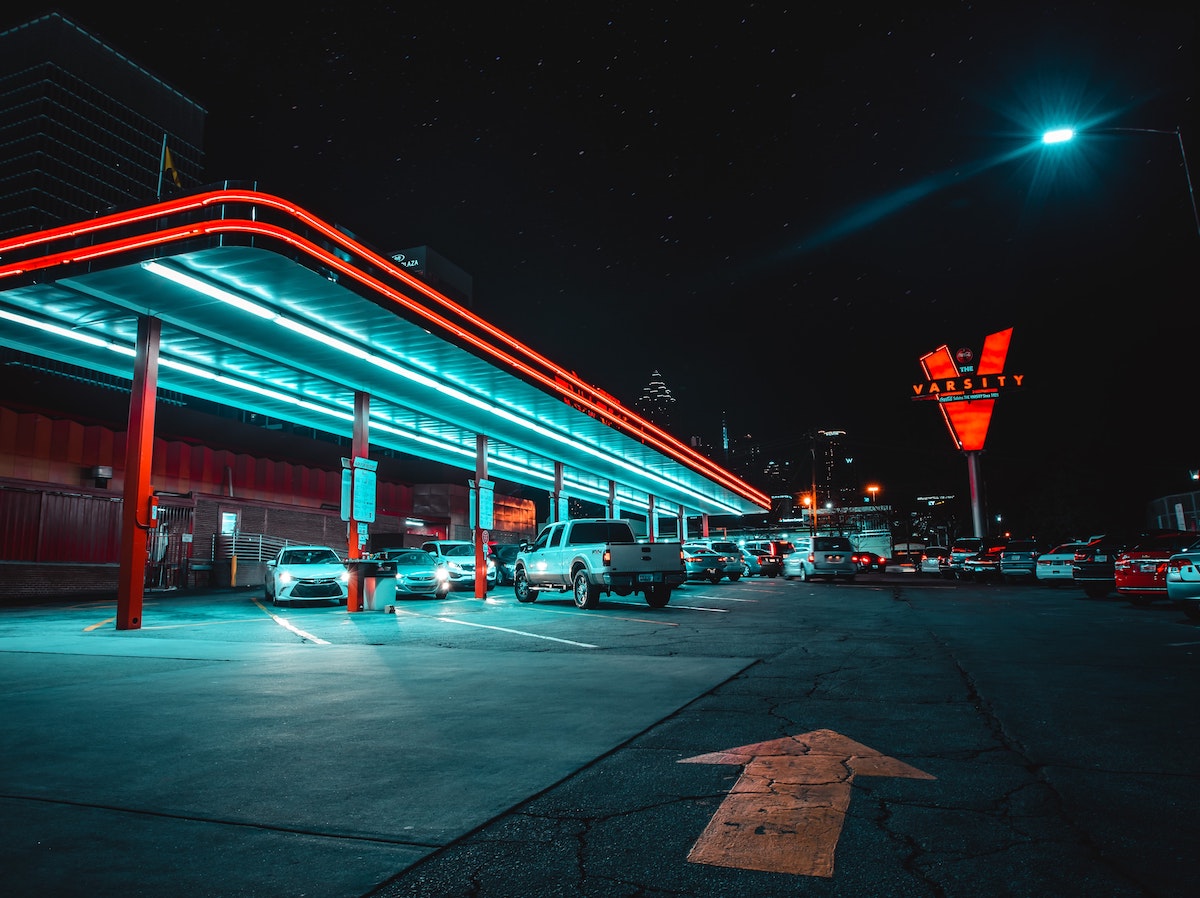 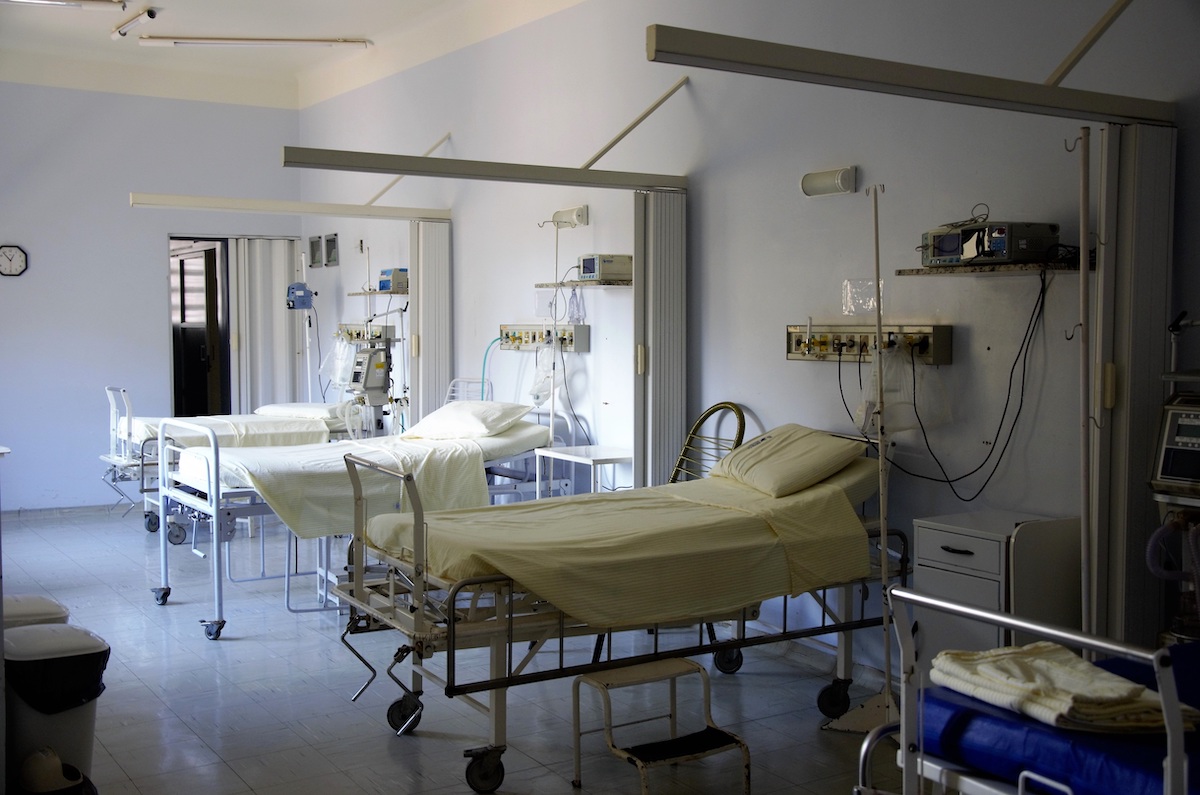 The Kennestone Hospital, Piedmont Hospital, and St. Joseph’s Hospital. These are just some of the first-class hospitals located in the city of Atlanta. American healthcare may be tumultuous, especially as a hot political issue, but the quality, even in this city, is undeniably high. Many of the aforementioned healthcare institutions will take good care of you, no matter your illness, ailment, or other health problems. But first, you need to make sure you have the right coverage. If you're a new legal US resident, you can easily register with the country's healthcare system. But if you're simply a tourist, getting private medical insurance is the way to go.

Atlanta may be far from what many would consider a 'food capital' but that doesn't mean it's a boring place for foodies either. The city still offers its fair share of notable places to eat, serving up both traditional dishes and foreign cuisines for your culinary pleasure.

Specifically speaking, however, since Atlanta is a well-known hub for the African-American community, you can expect a lot of 'soul food' here as well. 'Soul food' is what they call the cuisine that's traditionally made and enjoyed by African-Americans, but because it's so delicious, other races and communities took notice as well. Its dishes include cornbread, mashed potatoes, fried chicken, and the like. 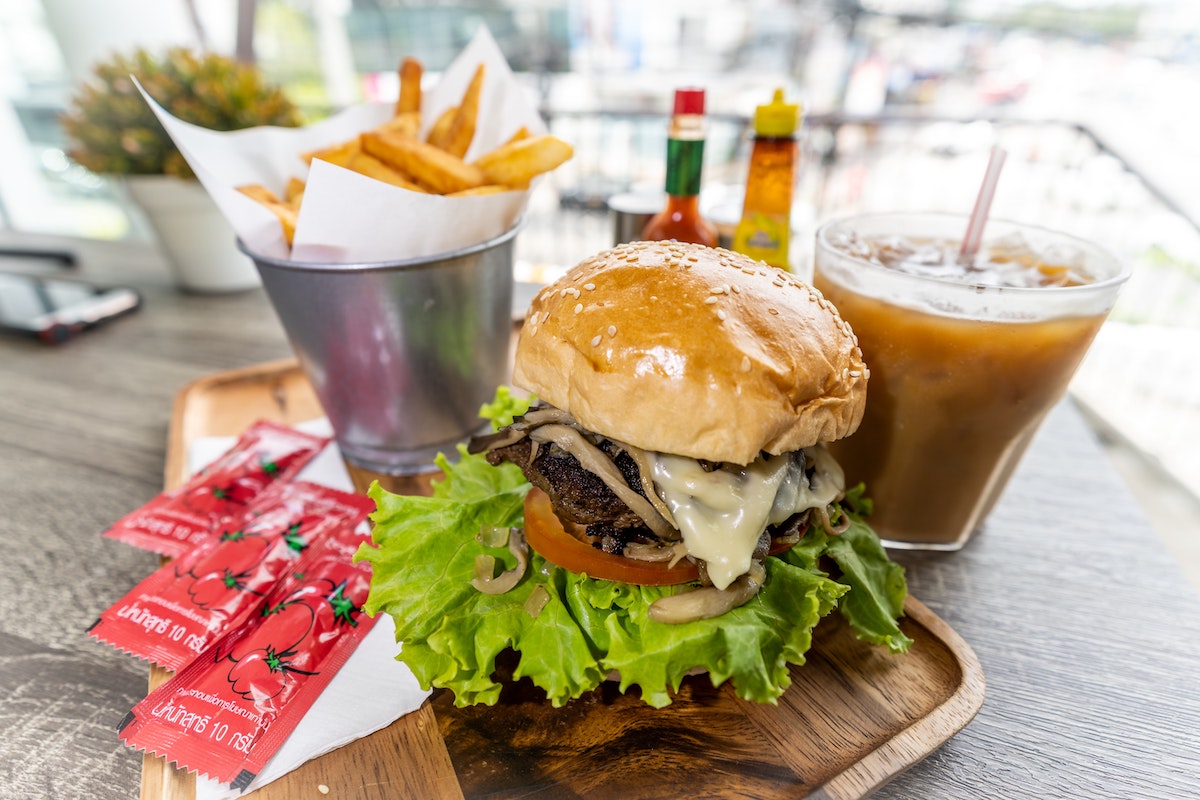 As a city in the American South, Atlanta takes national holidays pretty seriously. Most especially patriotic holidays such as the 4th of July, Martin Luther King Jr. Day (every January), Veterans Day (November 11), and the like. Southerners are pretty proud of their country and it's these sorts of days that make them feel even more patriotic. During such occasions, the city becomes even livelier with all sorts of celebrations, traditions, and more. Many restaurants will offer special discounts, malls will have sales, and since people don't have to go to work or school, the tourist attractions are even busier. 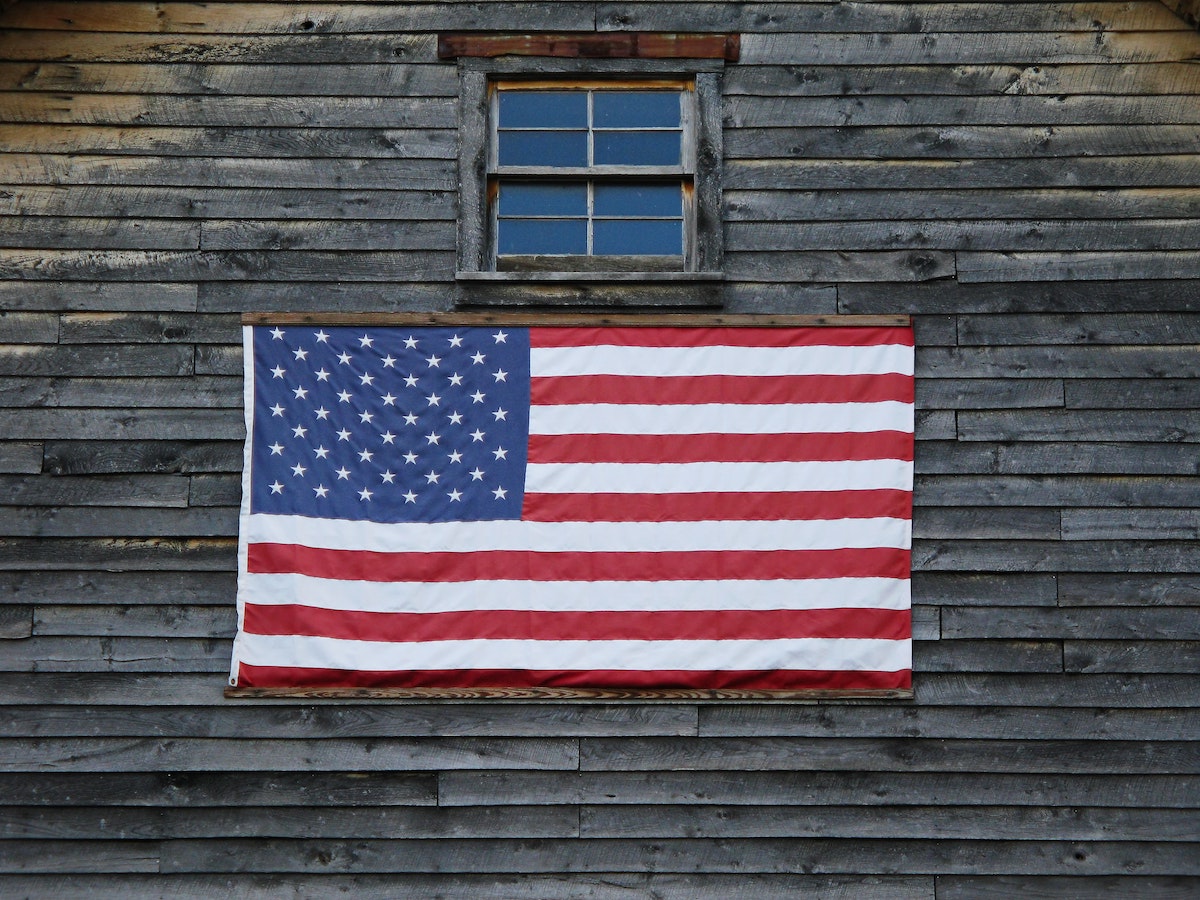 Atlanta may not be as big or as crowded as many other American cities but relocating here still requires a lot of hard work. Especially when you're coming from outside the US where you even have to handle your legal residency, all sorts of important documents, and the like.

With so much to do, you can easily get disheartened about moving to Atlanta. But don't worry! As this relocation guide shows, the process may seem complicated but it's really not. You still have to exert a lot of effort, yes, but it's not the impossible task it seems to be. 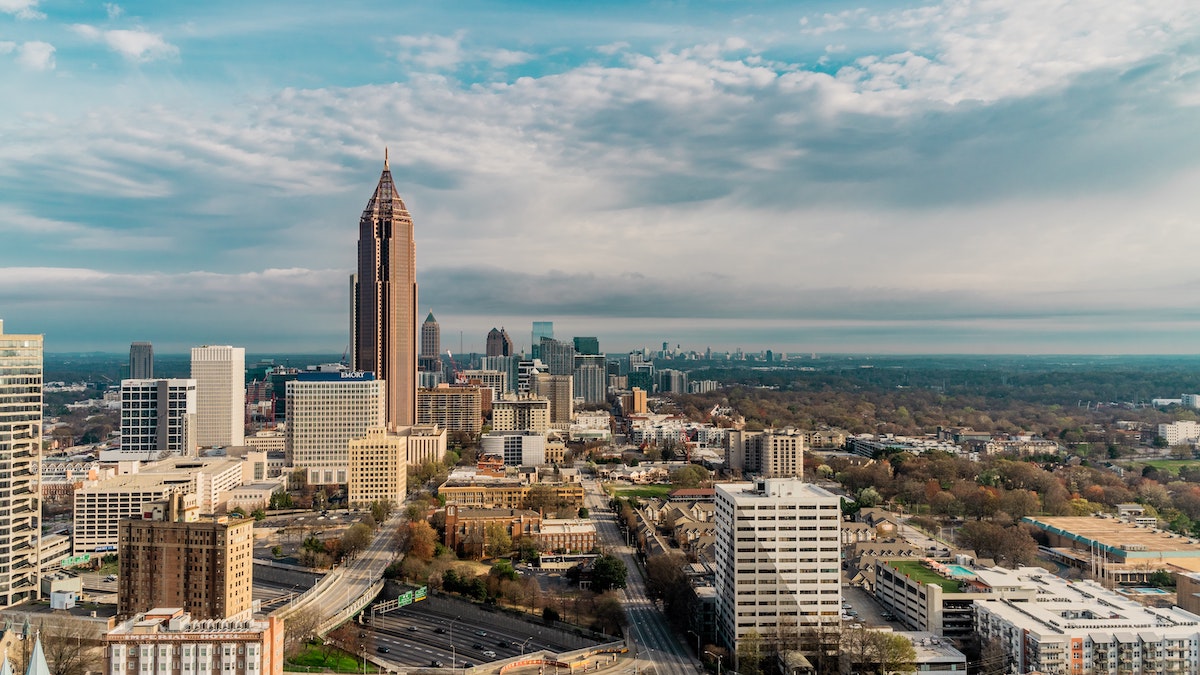 Atlanta may not be the most picturesque city in the US, but this bustling metropolis has enough Instagram-worthy spots to fill your social media feed! Don't be surprised if you get a lot more followers after your trip! The Five Most Romantic Things To Do in Atlanta

While romance and the city of Atlanta might not seem like they go hand-in-hand, this doesn't mean that couples can't enjoy their lovey-dovey time here! The city still offers a few romantic activities that lovers can do, many of which will be unforgettable! Atlanta may be a busy city with lots of hustle and bustle, but that doesn't mean your family can't spend a relaxing time here! The city offers a ton of amazing family-friendly luxury homes that you can call your own! What To Do in Atlanta For A Day

While it may not be as popular of a destination as many other American cities, Atlanta is not a boring place. This city offers a ton of exciting things to do even when you only have one day to spend here! As one of the major cities in the American South, Atlanta offers a ton of amazing places to eat. From traditional local food to foreign cuisines, this city offers a foodie trip that's unlike any other! Atlanta's Most Fun Playgrounds to Play In

If you didn't think that Atlanta was a fun place for the whole family, you do now! These playgrounds prove that even your kids can appreciate visiting or even moving to this Southern city. All the more reasons to include Atlanta on your bucket list!