Paris during Christmas is something else! The French capital is already one of, if not the most beautiful city in the world. But when it's the holidays? When the entire city is filled with the Christmas spirit and everything looks so festive? It's a dreamy wonderland! You never would have thought that Paris could get any more beautiful! However, traveling here for the holidays isn't exactly a good idea. Especially since the Covid-19 pandemic is still at large. Still, you can't help but wonder what it's like to celebrate Christmas here, can't you? Don't worry, here's what you need to know! 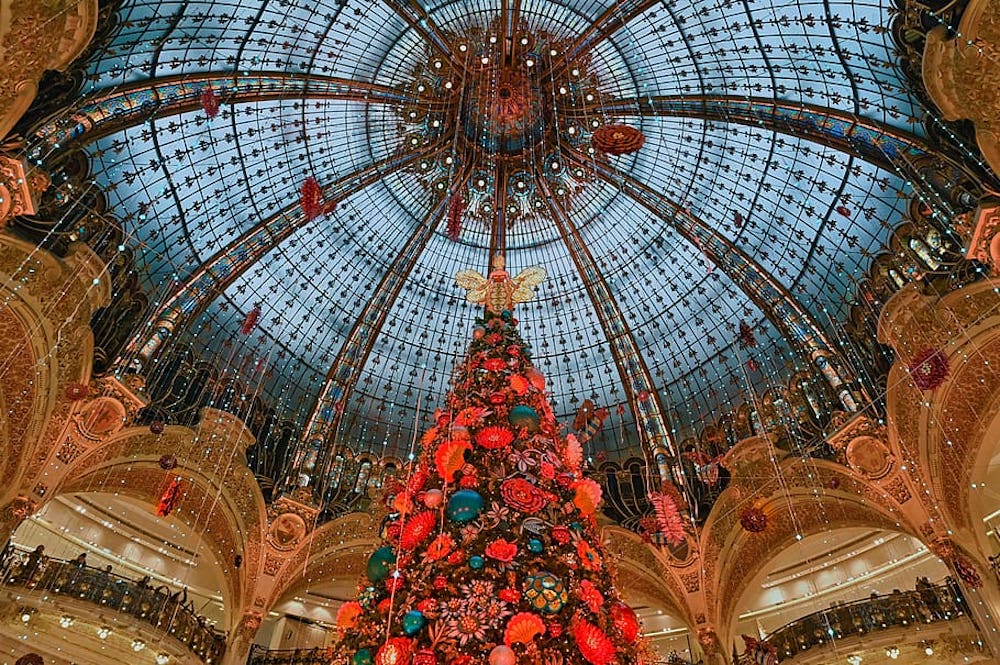 Shopping At A Christmas Market

As with any other city, especially one like Paris, shopping is everything during Christmas. Everyone's on the hunt for the best gifts to give to their loved ones. Not to mention the food they'll prepare for the Christmas day feast. After all, a traditional French Christmas isn't complete without one! However, as living costs in Paris are already sky-high for a good number of people here, they'd often buy all of what they need in the special Christmastime street markets in the city. With so many throughout the districts of Paris, there are a lot of markets to go to if you need to go on a budgeted Christmas shopping spree! 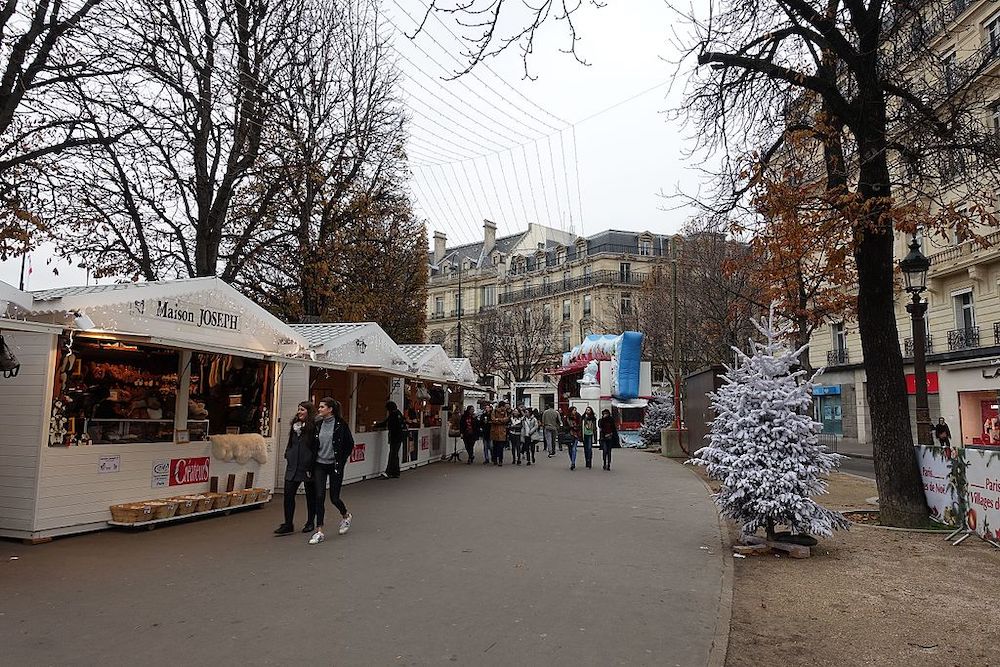 Speaking of Christmas street markets in Paris, a definite must-visit in the city is the Champ-de-Mars Christmas Village. Located near the Eiffel Tower, this annual open market is one of the best of its kind during this time of the year. The place is set up very much like a wintry village, the type you'd read about in Christmas fairytales and holiday books. But instead of elves making toys, what you'll see here are stalls upon stall of all sorts of Christmas goodies. From knick-knacks that'd make great gifts to signature French holiday delicacies, you can shop till you drop to ensure you'll be ready for the big day! 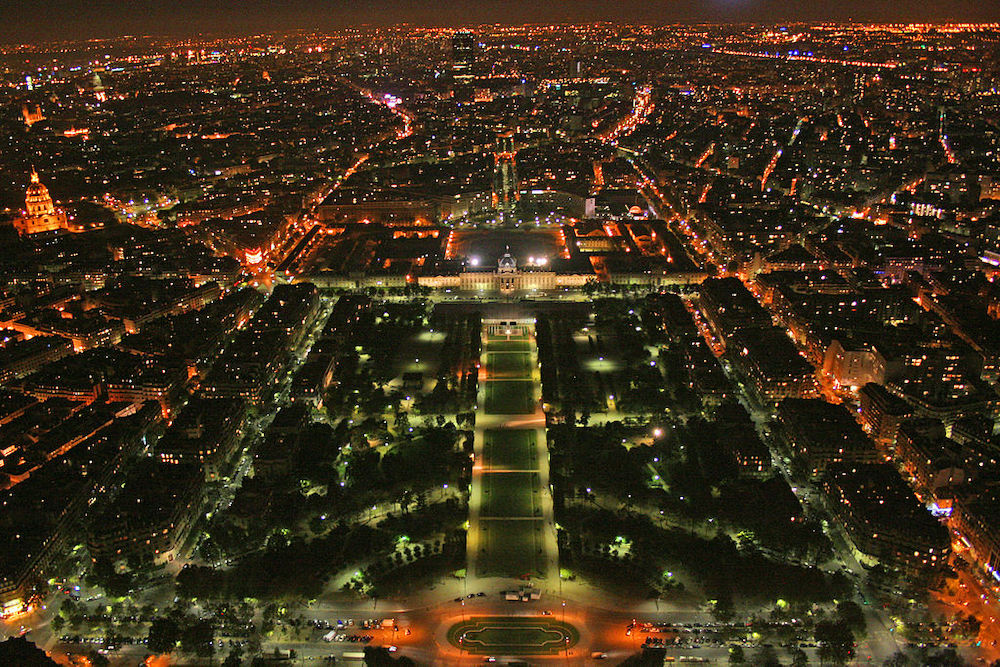 There are many ways to make a place look more festive for the holidays, and none know that more than the stores and malls in Paris. From Avenue Montaigne to Galeries Lafayette, these luxury retail spaces go all out with their Christmas decorating year after year. And they never fail to blow everyone away. Twinkling lights that rival the stars in the sky. Elaborate Christmas characters—angels, reindeer, elves, and Santa Claus himself—smiling and dancing about. At times, they even make use of the latest technology to really capture people's attention. Though there's no telling Paris would look this extravagantly merry this year, one could always dream! 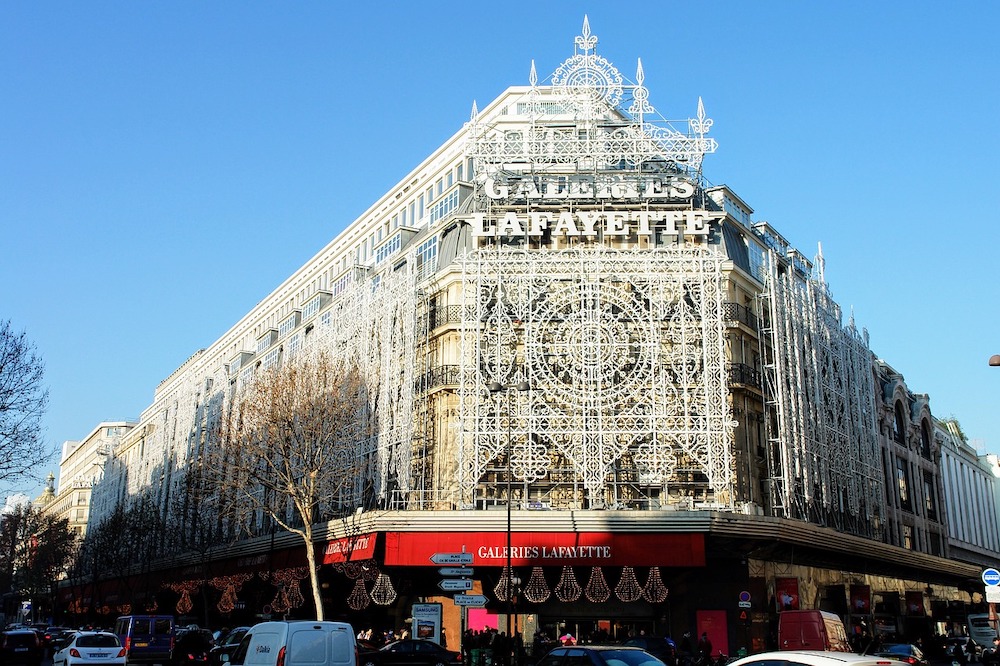 It's no secret that Parisians love their sweets! They even have this unique Christmas tradition called 'Les Treize' in which they serve 13 different desserts on the table and everyone has to try at least one of each. Of course, if you're already in Paris, you could get a headstart and visit the famous patisseries and sweet shops in the city. And don't go for the usual candy cane, gingerbread cookies, and croissants! It's Christmas! Treat yourself to some macarons, some chocolate bonbons, or even a Saint Honoré cake! 'Tis the season to fill your tummy with the best Paris can offer! 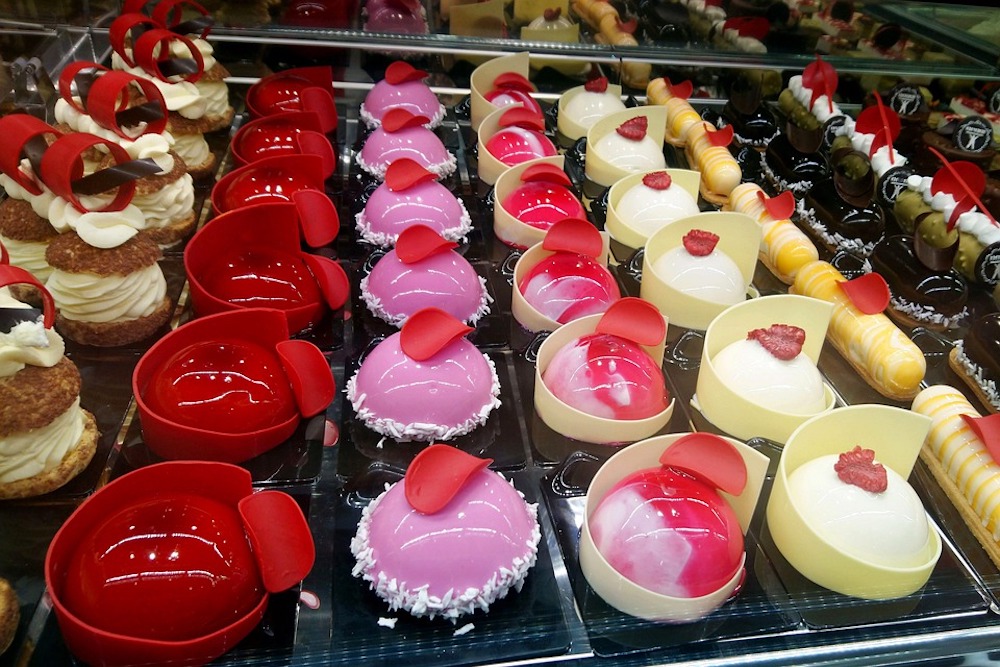 Is there anything more 'Christmassy' than going ice-skating? Probably not! When you hold hands with your loved ones as you try to balance yourself out on a frozen surface, that's holiday love right there! And there are many places to ice skate in Paris during the holidays. One of the more famous ones is, of course, the area near the Eiffel Tower. The surrounding space around the iconic monument transforms into an open ice rink year after year! As does the famous Grand Palais too! Though this year might see fewer—if, at all—people skating, it's still a must-do if you're celebrating Christmas in Paris! 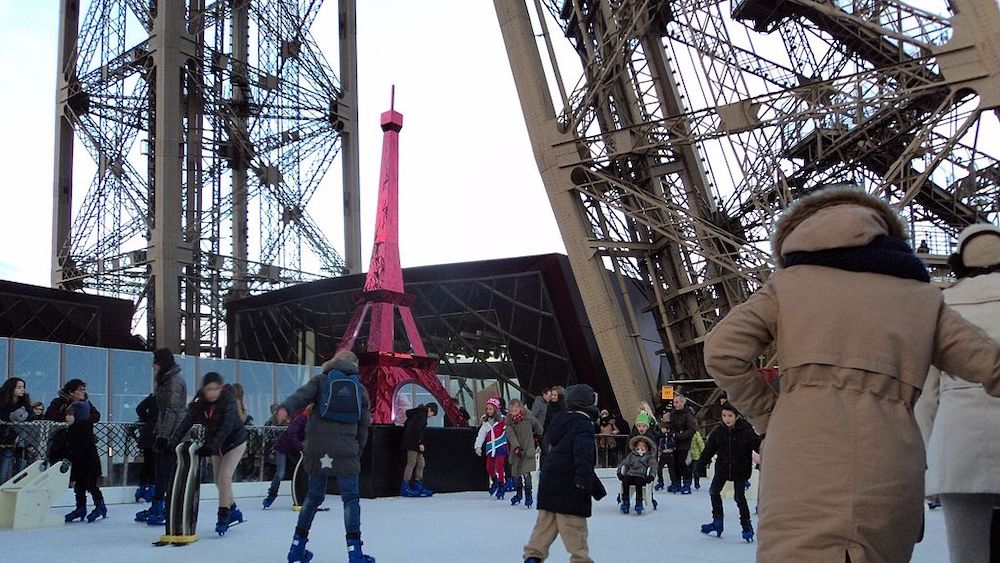 Cruising on The Seine River

If you took a page out of Emily Cooper from Netflix's 'Emily in Paris' on what to do on a romantic date in the French capital, you probably already know that sailing off on the Seine River is one of the more unique and luxurious options. But it's also a great way to spend the holidays in the city. Imagine it—you're cruising on one of the most famous rivers in the world and also you float along, you see the city light up with the festive holiday spirit. You won't see this kind of merriment during any other season. 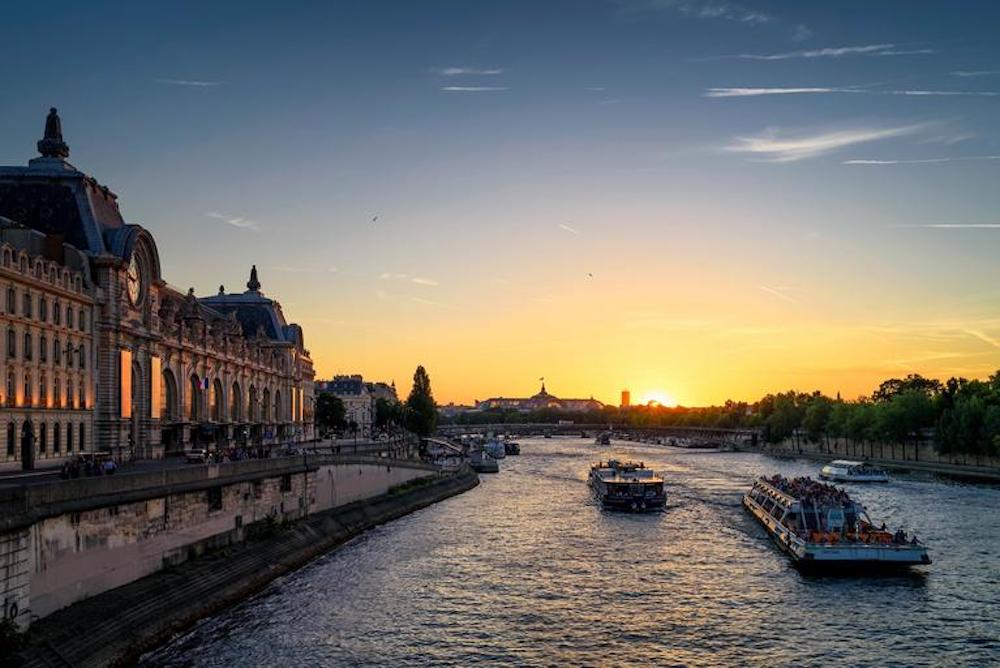 Yes, perhaps it is a bit corny to ride a horse-drawn carriage in Paris. Some would even say it's a bit too 'tourist' for their taste. But who cares? It's Christmas! This is the season of giving, especially giving love to your significant other. Why not treat him/her to a romantic carriage ride through the French capital. You'll find that it will fill you up with so much joy and merriment in no time. And don't worry and finding one, you'll probably see many carriages parked by some of the city's most famous parks. 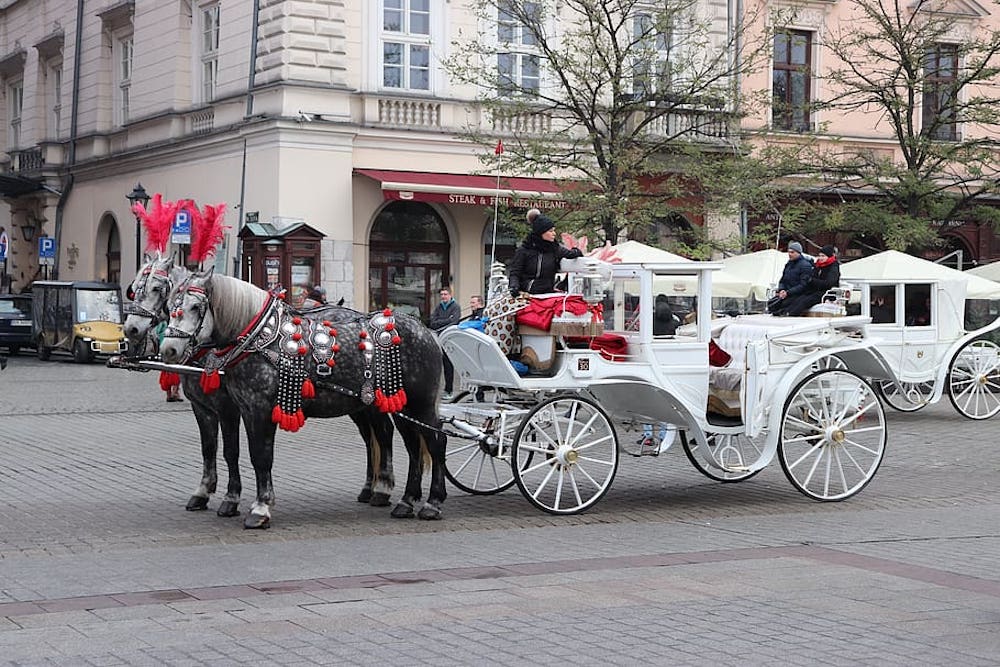 Dinner at The Moulin Rouge

And finally, one that you probably didn't expect to see on this list—dinner at the Moulin Rouge! While there are already so many amazing cabarets in Paris, Moulin Rouge remains the city's most famous. As well as one of the most festive among them. Just imagine spending Christmas seeing dancers clad in sparkles and feathers, dancing to their hearts' (and to yours) content! Wouldn't you want to see them do the can-can instead of attempting to dance yourself during a Christmas party? Granted it's not for everybody, the Moulin Rouge during Christmas is still as spectacular as ever! 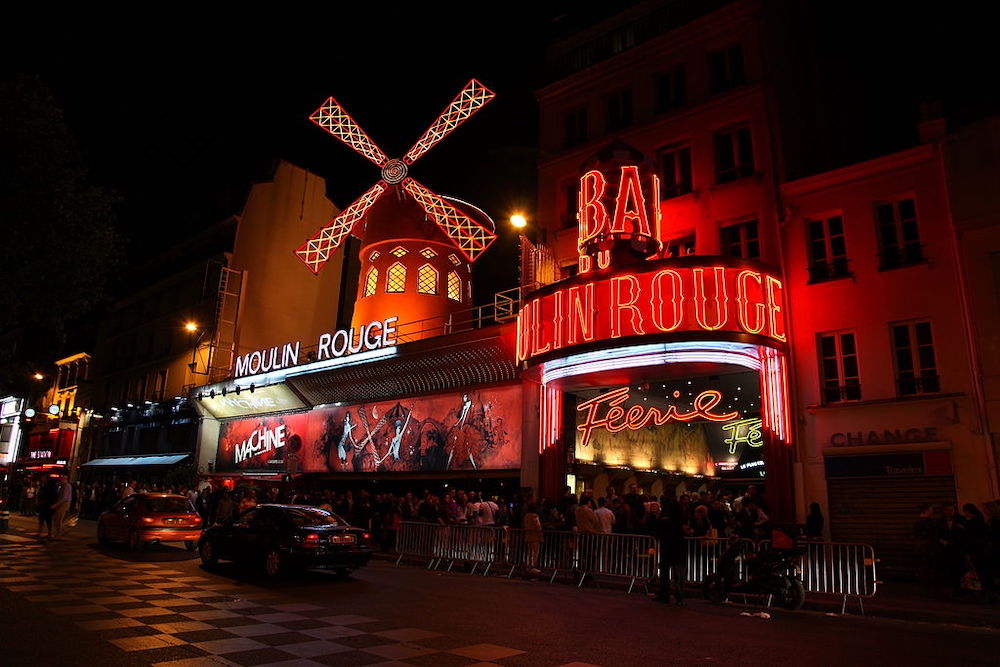 If you think Paris is beautiful and wonderful at any time, wait until you see what's like during Christmas! It's hard to imagine the French capital can sparkle more brightly than it could, but the holiday season just does something to it that's hard to ignore!

If you're lucky enough to spend Christmas in Paris, you ought to celebrate the holiday in a luxury home! You're in the French capital, after all!