The world may be made up of different countries and cultures, but there are a few things they all have in common. For one thing, they all celebrate Christmas in their own special ways. After all, there's no better way to end the year than with a day of happiness, glee, and a festive spirit, right? Though each country treats the holiday in different ways, all of them know how significant the day is. So much so that they've come up with their own traditions to celebrate Christmas. And if you ever intend to travel the world for the holidays, you ought to know what some of those traditions are! 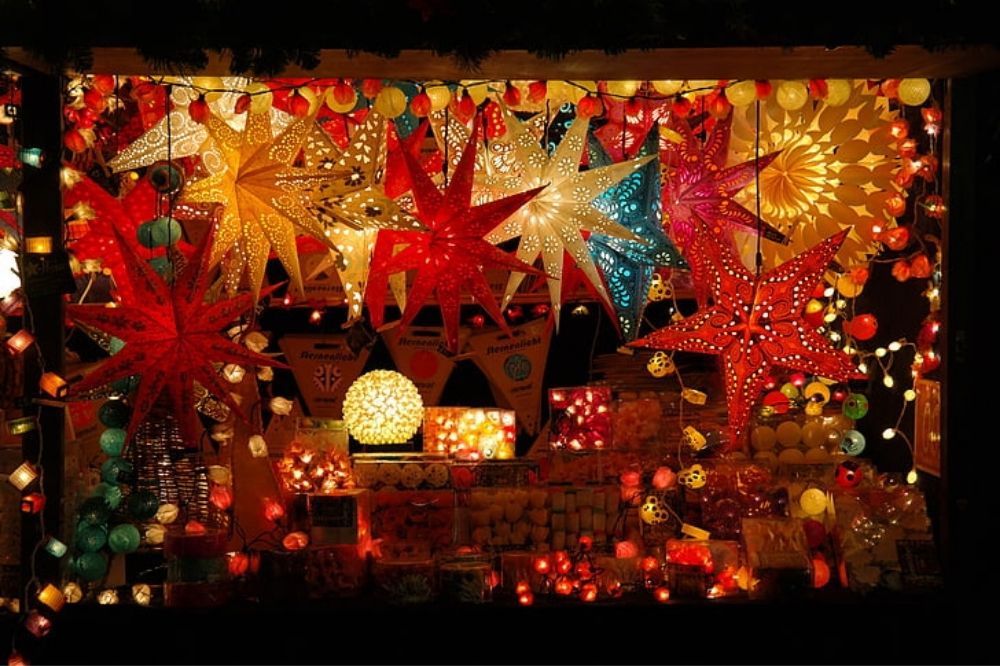 A Red Candle at Night Ireland

Ireland certainly has many unique customs. There are many things you should and shouldn't do in the country. But during Christmas, what you should do is to light a red candle outside your home. Whether it's by a window sill, on your front porch, or strategically places in your front or backyard, a red candle outside one's home is significant during Christmas. It symbolizes warmth and shelter for the holiday season. And since Ireland is a predominantly Roman Catholic country, all of its customs during Christmastime are significant and special. So much so that you might even see your Irish neighbors in your home country doing the same! 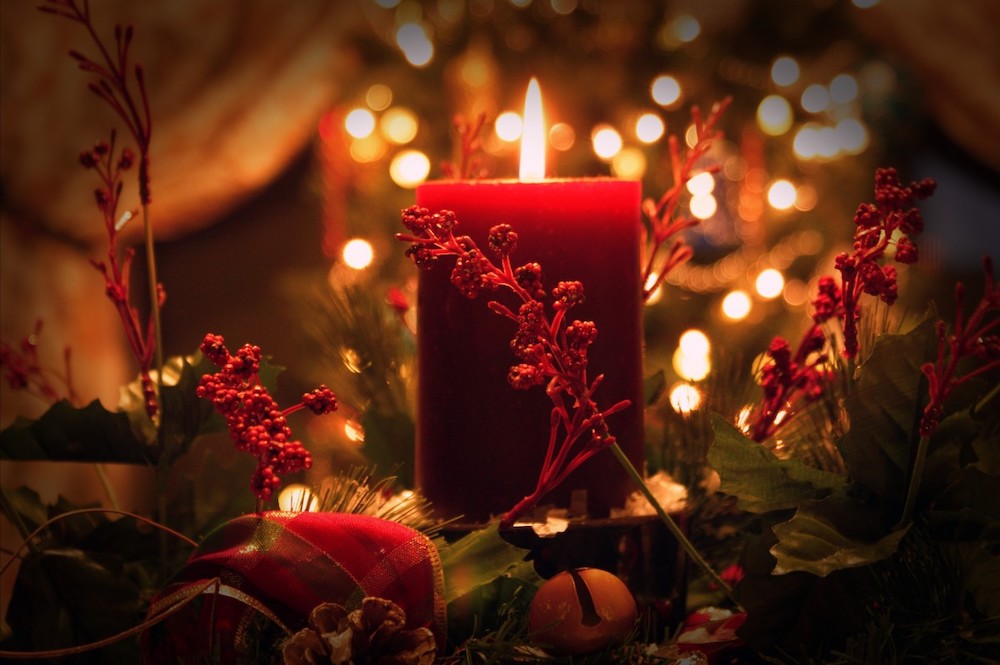 Leaving Out Shoes for Santa Claus in France

You're probably familiar with the tradition of leaving stockings up on the fireplace, right? It's particularly common in the United States and England. The story goes that when Santa Claus goes o your house, he will leave your presents in your stockings. Since then, even adults have traditionally put up stockings—or more recently, red/green-colored socks—where they leave their own presents to each other. But here in France, instead of stockings or socks, they leave their own pairs of shoes for the big guy. On Christmas morning, they'd be filled with all sorts of Christmas goodies. As well as they'll feel warm and toasty for the feet too! 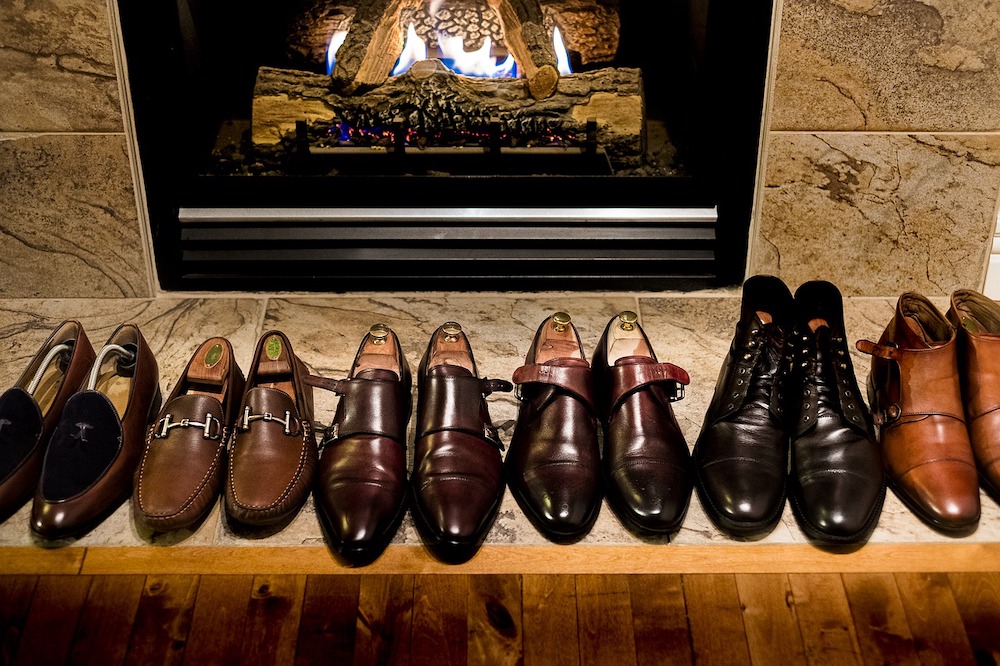 A Visit from Sinterklaas in The Netherlands

Speaking of Santa Claus, different countries, especially in Europe, actually have different versions of him. Of course, in the US, in particular, he appears as this jolly, plump, white-bearded guy who lists down all the kids who've been naughty or nice this past year. For the former, he'll give them coal, while for the latter, he'll give them what they asked for. Here in the Netherlands, however, Santa Claus is traditionally known as Sinterklaas. Looking more like a saint with his papal-like attire, he's seen more as a holy figure than a mythical character. And instead of toys, he gives children candies, cookies, and all sorts of Dutch treats. 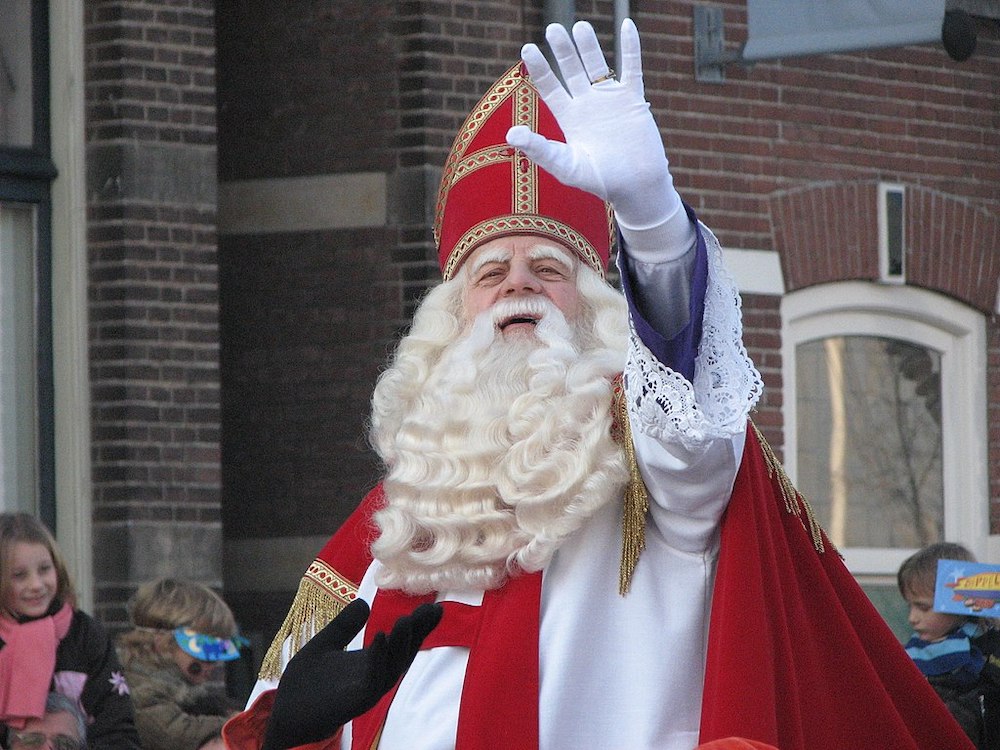 On the completely opposite side of the spectrum, there's Krampus in Austria. While both Santa Claus and Sinterklaas bring joy to all the good little boys and girls, Krampus brings punishment and horror to the naughty ones. Appearing like a demonic monster that's more fit for Halloween than Christmas, he personifies the warnings of parents of what might happen to their little ones if they don't behave. There's even a story in which Krampus will kidnap that naughty little boys and girls from their homes and families on Christmas day and punish them for not having been good all year. 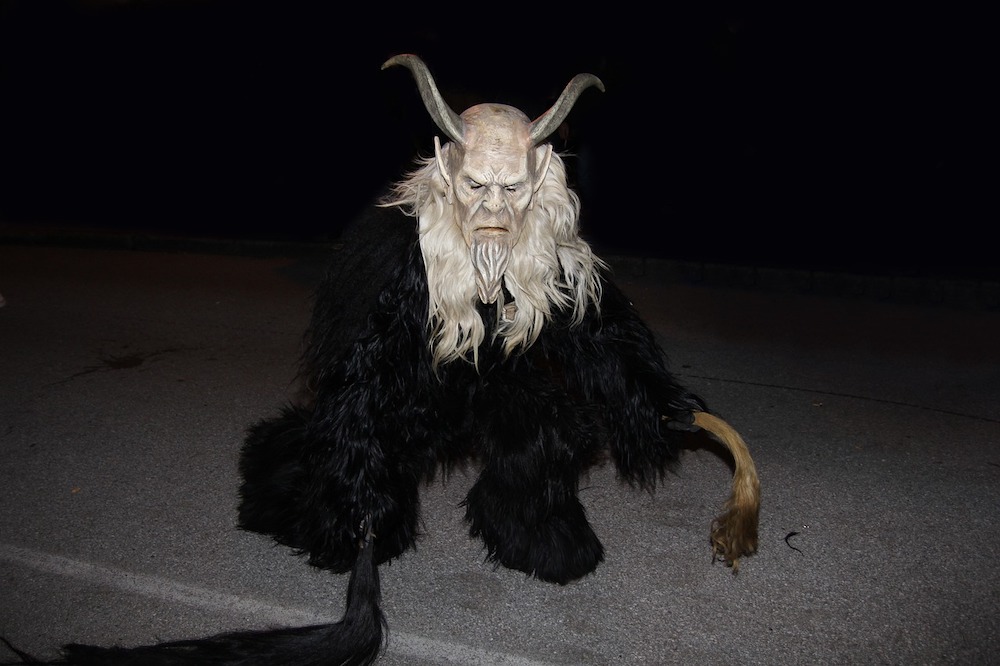 Seeing the Gävle Goat in Sweden

Only in Sweden will you see a 42-feet high straw goat. It's actually the Gävle Goat, a yuletide creature that the country sees during the holiday season. Though its origin stems from pagan rituals, the gigantic straw statue only became a tradition in 1966. Since then, the people of Sweden have built all sorts of the Gävle Goats around this time of the year, even decorating him with red ribbons, twinkling fairy lights, and letting the snow act as his wintry fleece. Though seeing it may seem strange at first, the goat has become a symbol of yuletide merriment in this Scandinavian country. 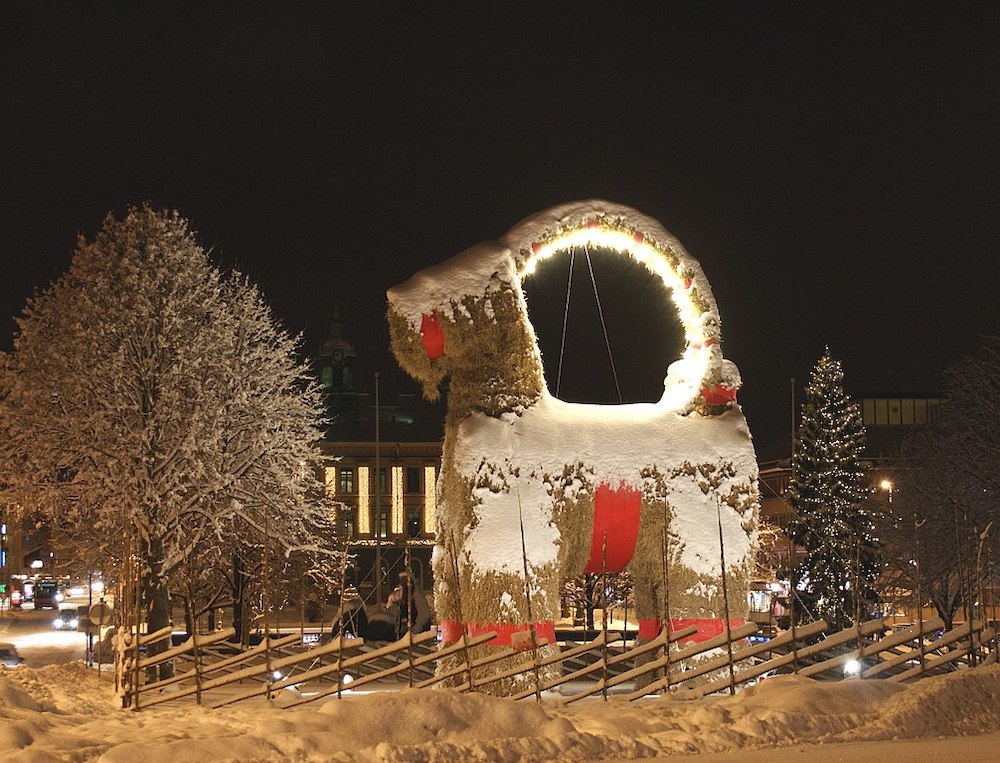 The Giant Lantern Festival in The Philippines

The Philippines is a predominantly Roman Catholic nation in Southeast Asia. So you know that most Christmas traditions here will probably involve prayer and going to mass. For the most part, it's true, but there's another tradition that will likely pique your interest. As early as September—the start of what they call the 'Ber' months—Filipino homes put up big lanterns called 'parols.' Though they don't light them up until, at the earliest, early November. But when they do, it's quite a feast for the eyes. Most especially in the city of San Fernando, wherein they hold a festival called 'Ligligan Parul.' A parade of giant parols bigger, grander, and brighter than the next! 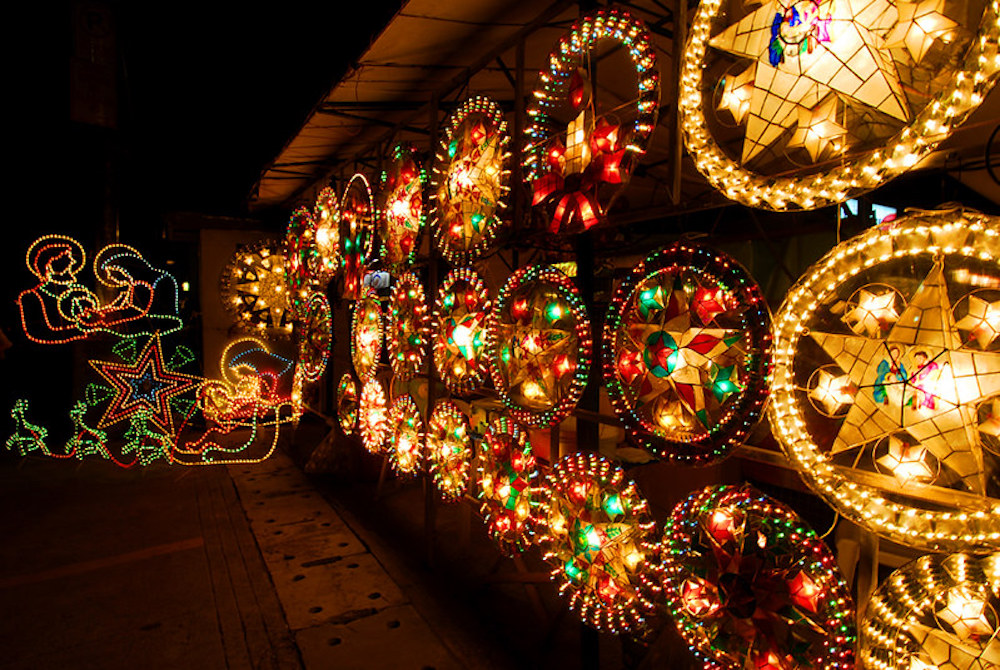 Dining at KFC in Japan

Who knew eating KFC would be a Christmas tradition? Well, it is in Japan. Overall, Christmas isn't widely celebrated here than in other countries. They most do so for commercial purposes, but it doesn't hold any religious or historic significance in the country. But that never stopped the Japanese from coming up with their own tradition to celebrate the holiday. Ever since the fast-food chain released the 'Kurisumasu ni wa kentakkii!' ('Kentucky for Christmas')campaign back in 1974, many families have made it a tradition to eat or order take-out from this place every December 25. 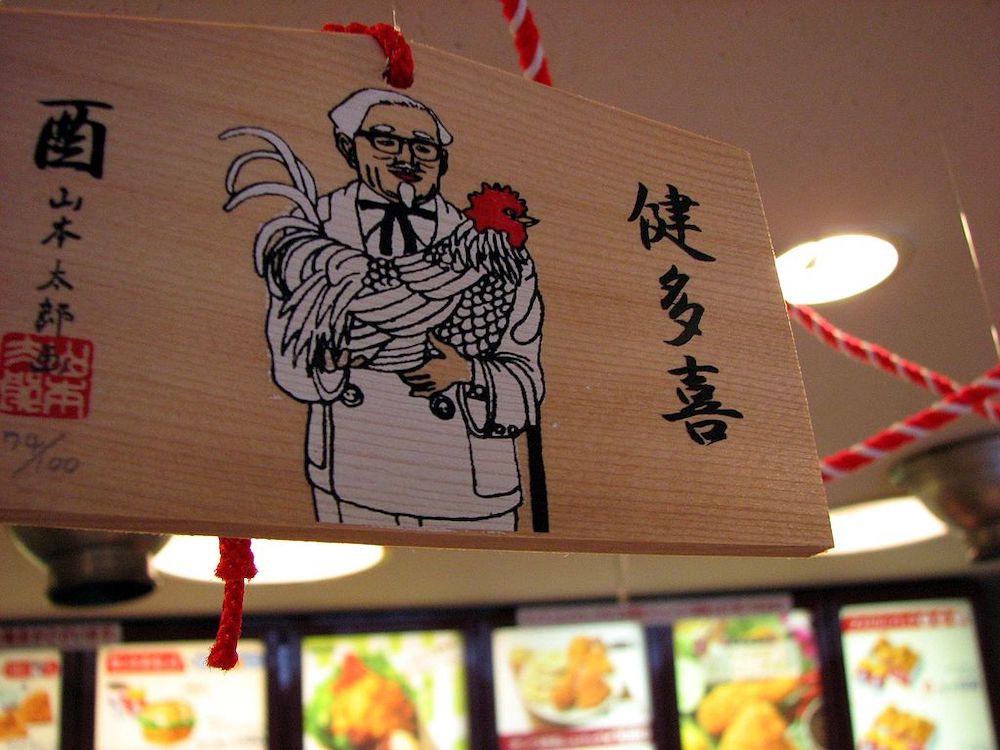 Christmas is only one of a handful of holidays the whole world celebrates. And it's even better knowing that each country has its own unique and special way to celebrate it. Some amy involve big lanterns, some might involve a monster or even just a bucket of fried chicken!