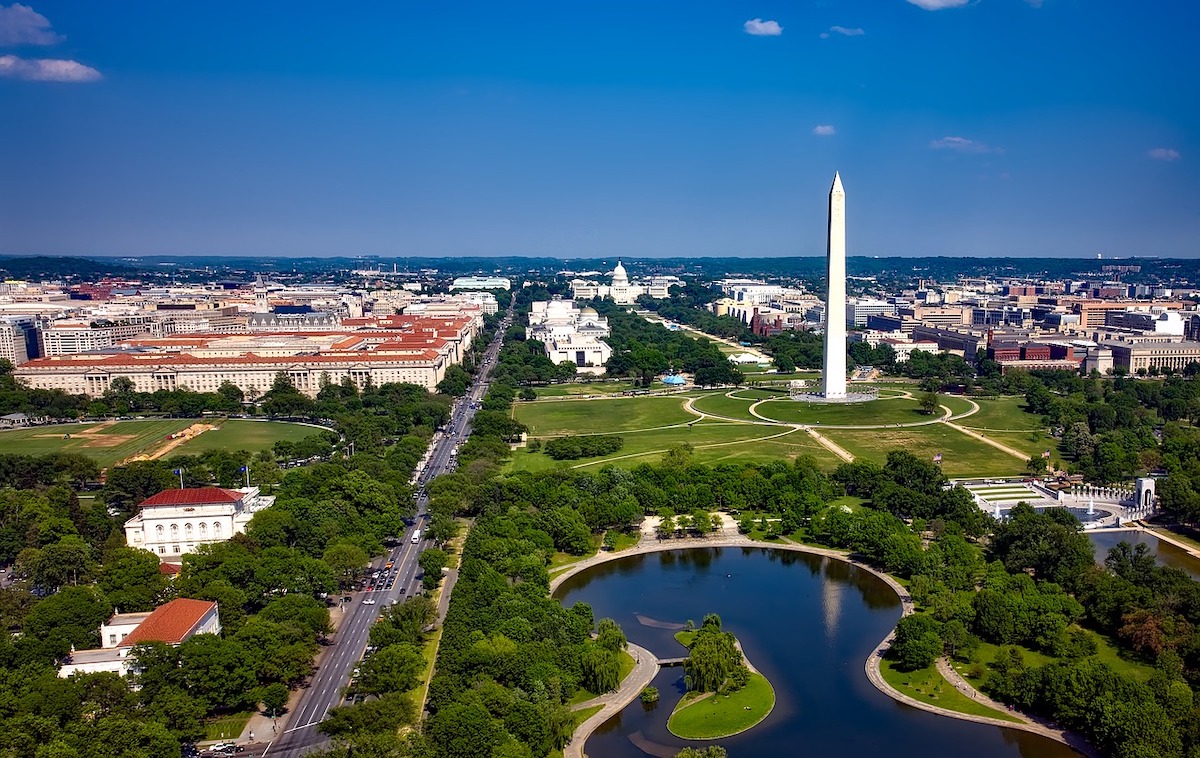 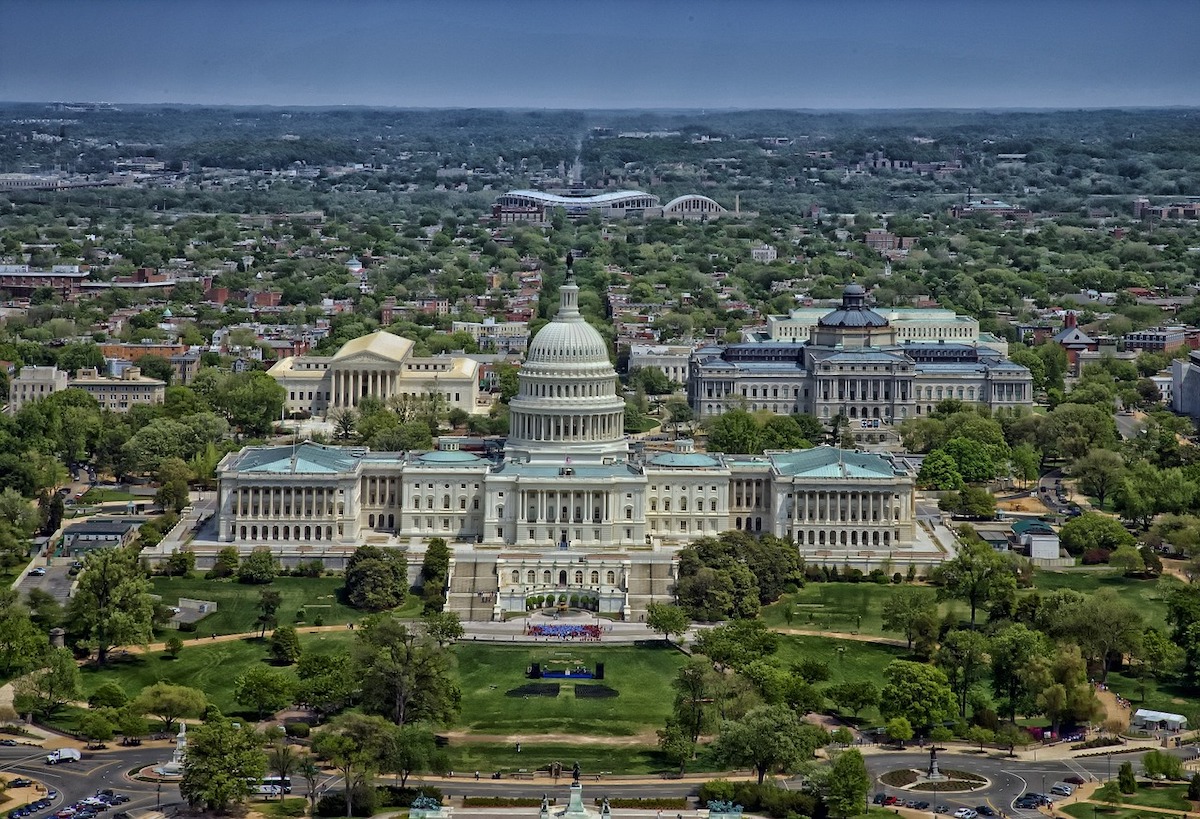 It's not farfetched to say that Washington D.C. is the most important and most powerful city in the world. It's the capital city of the US, the most influential nation on Earth. Home fo the American president, the laws and policies they make here can directly or indirectly affect the rest of the world. And all of that sounds too much, doesn't it? Though the District of Columbia remains a popular tourist destination, it's become more associated with politicians and history buffs. However, there's more to this city than you might realize!

Currently, Washington D.C. has a population of 657,185 residents. As the capital city of the United States of America, it's among the most influential cities in the world. Home to the White House, the president's official residence and office, as well as the United States Capitol, where the senate and congress convene, D.C. is the epicenter of American politics. But it's also a pretty diverse city, where 45.4% of the population are Black or African-American, 42.5% are Caucasian, 4.1% are Asian and 0.3% are Native American. You'll find that different languages are commonly spoken here, however, English remains its dominant language.

When Should You Visit Washington D.C.?

Since Washington D.C. is located on the Upper East Coast, it sees all four seasons. It can get extremely cold here during winter while intensely hot during summer. So in this regard, the best time to visit the American capital is either spring, from March to May, or autumn, from September to November. Not only do they have milder weather, but they're also the off-season for tourists. When you want to visit D.C.'s many museums, monuments, and other attractions, you'll face fewer crowds during these times. 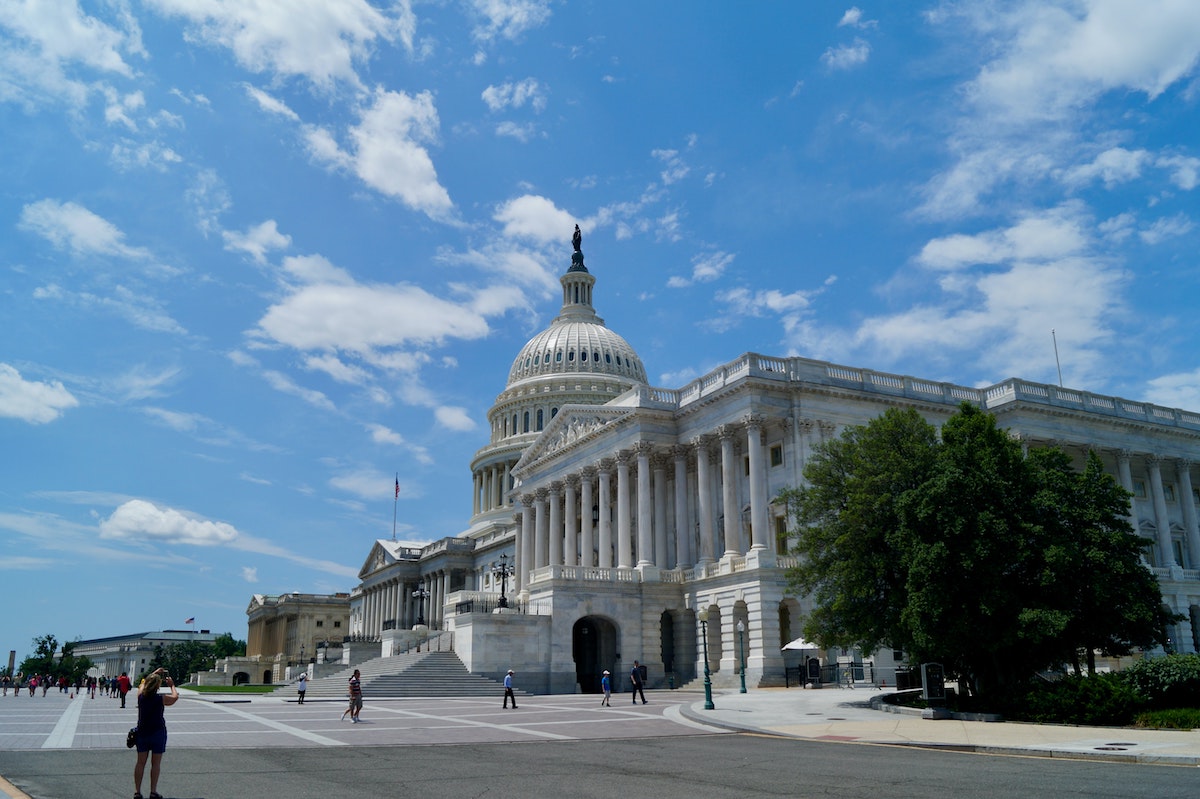 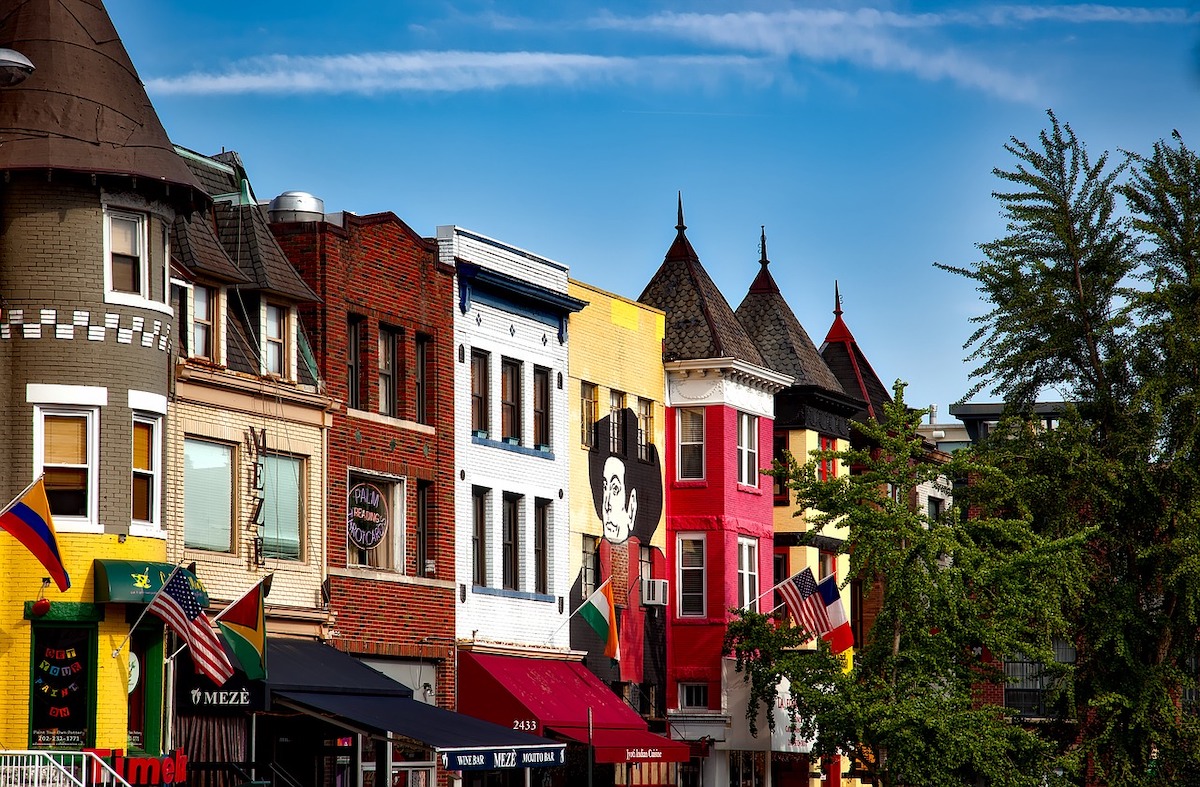 The Most Notable Neighborhoods in Washington D.C.

While staying in Washington D.C. may make you neighbors with the president of the US, the city has more worthwhile neighborhoods you ought to consider too. There's Adams Morgan, for instance, located in the northern part of the American capital. This place is famous for its colorful homes that look like they belong on a Monopoly board game. Georgetown, on the other hand, is a hip district full of charming shops, quirky boutiques, and luxury homes. Many university students in the city often hand out here. And of course, there's Capitol Hill, where many American politicians work and reside.

The White House, the Lincoln Memorial, and the many Smithsonian museums. These are just a few of the famous places you have to visit while you're in Washington D.C. As the cultural center of the country, it's here where you can learn more about the country, its history, influence, and impact on the rest of the world.

However, this doesn't mean that these cultural attractions are the only spots worth visiting in the American capital. You'd be surprised at how many fun and exciting things to do in Washington D.C. You can see exotic animals at the Smithsonian Zoo, watch a show at the Kennedy Center, and more! 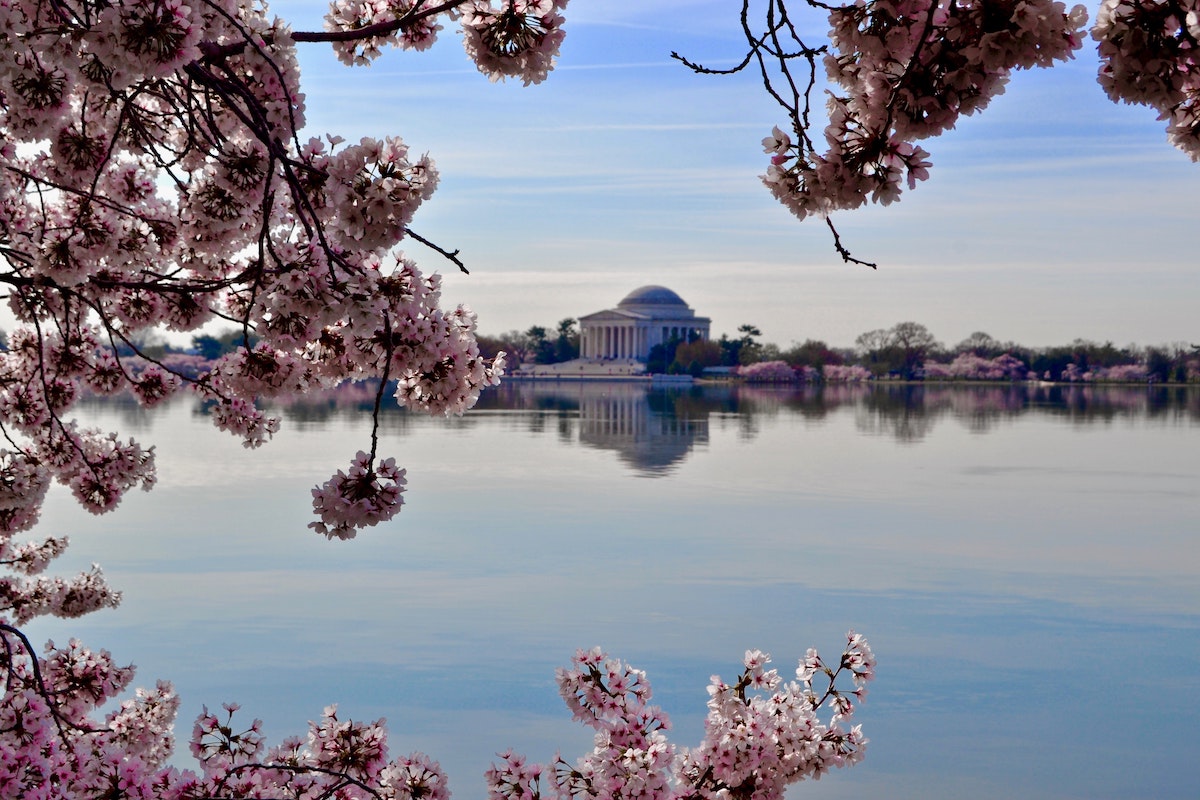 How Much Does it Cost to Stay in Washington D.C.?

It's easy to think that Washington D.C. is an expensive city. Not only is it a bustling metropolis; a major city in the US, but it's also where the president lives. Of course, it'd cast a lot to live here, right? Well, truth be told, the living costs in D.C. aren't as high as you might think. They're not cheap but they're definitely not as high as those in cities like New York and LA. For example, the common rental fees here only cost around $1,450.00 to $5,400.00 per month. And how much is food here? $112.26 can already get you one to two weeks' worth of groceries. Not bad, right? 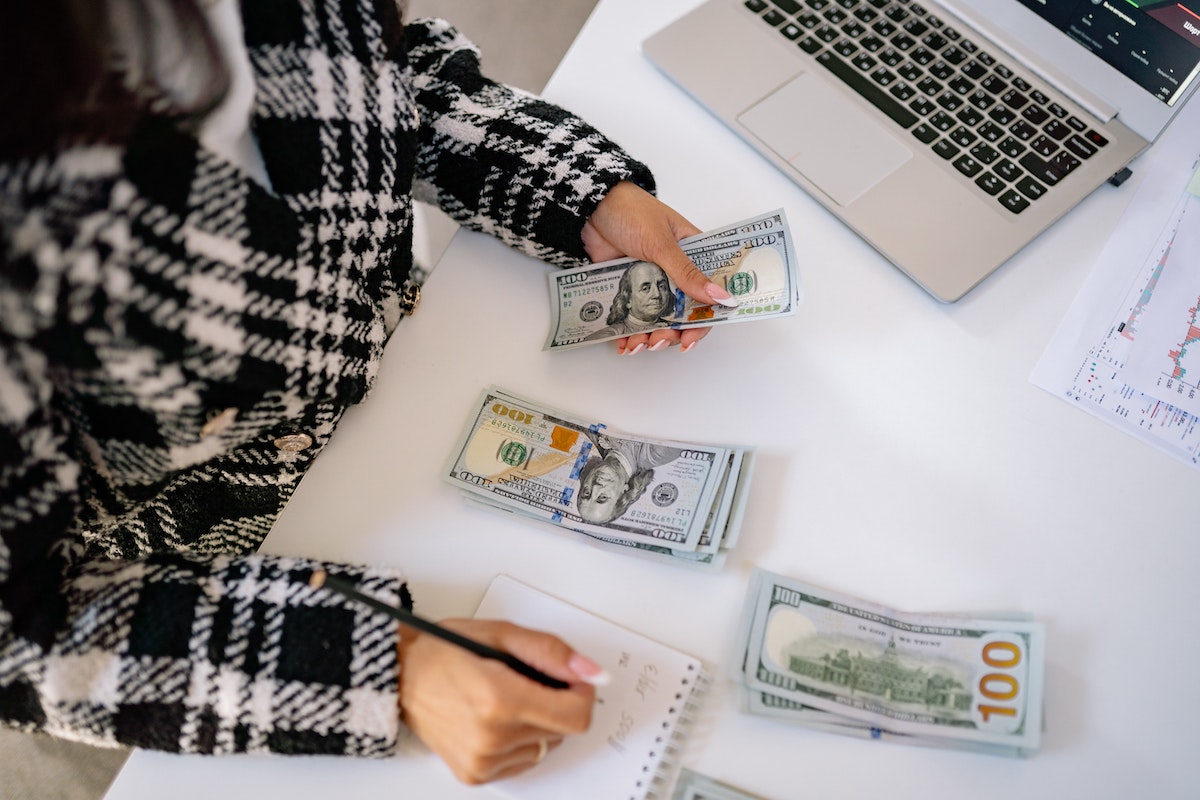 As the capital city of the US, you have to be doubly careful with your actions in Washington D.C. You can't get away with just behaving as you please. In this American political arena, where actions are just as loud as words, keep in mind how the way you act may affect those around you.

American social customs dictate that you should greet others with a smile, shake hands when you meet, and say please & thank you. You have to be mindful of how you might offend others. Acts that can be interpreted as racist, bigoted, homophobic, transphobic, and ableist are a definite no-no! 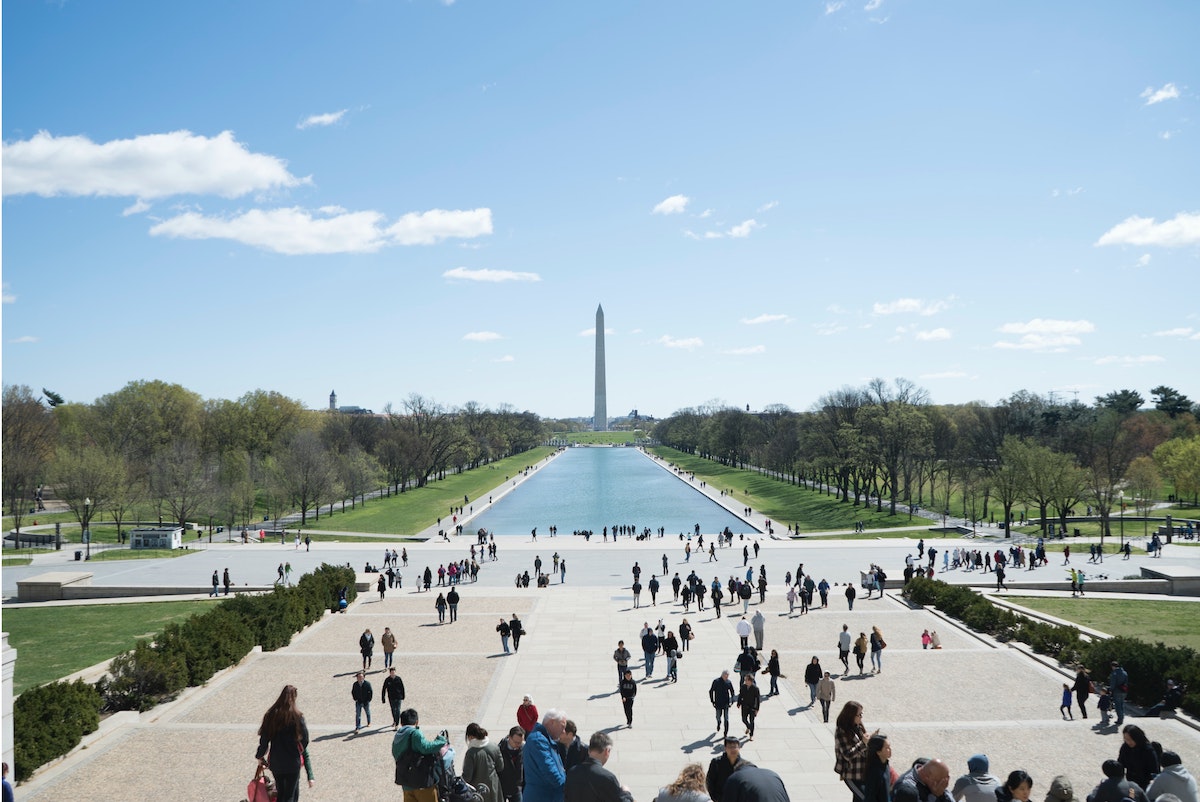 Public transport is alive and well here in Washington D.C. The city offers an efficient metro system, many taxis that roam around, buses that travel all over the American capital, and more. You practically don't need your own car here. While that may help, you can easily commute to your destination. Just be wary during rush hours because traffic jams are very common in this crowded metropolis. You might also frequently face crowded subway trains, long lines to board the bus, and the like. You'll just have to be patient when any of that happens. 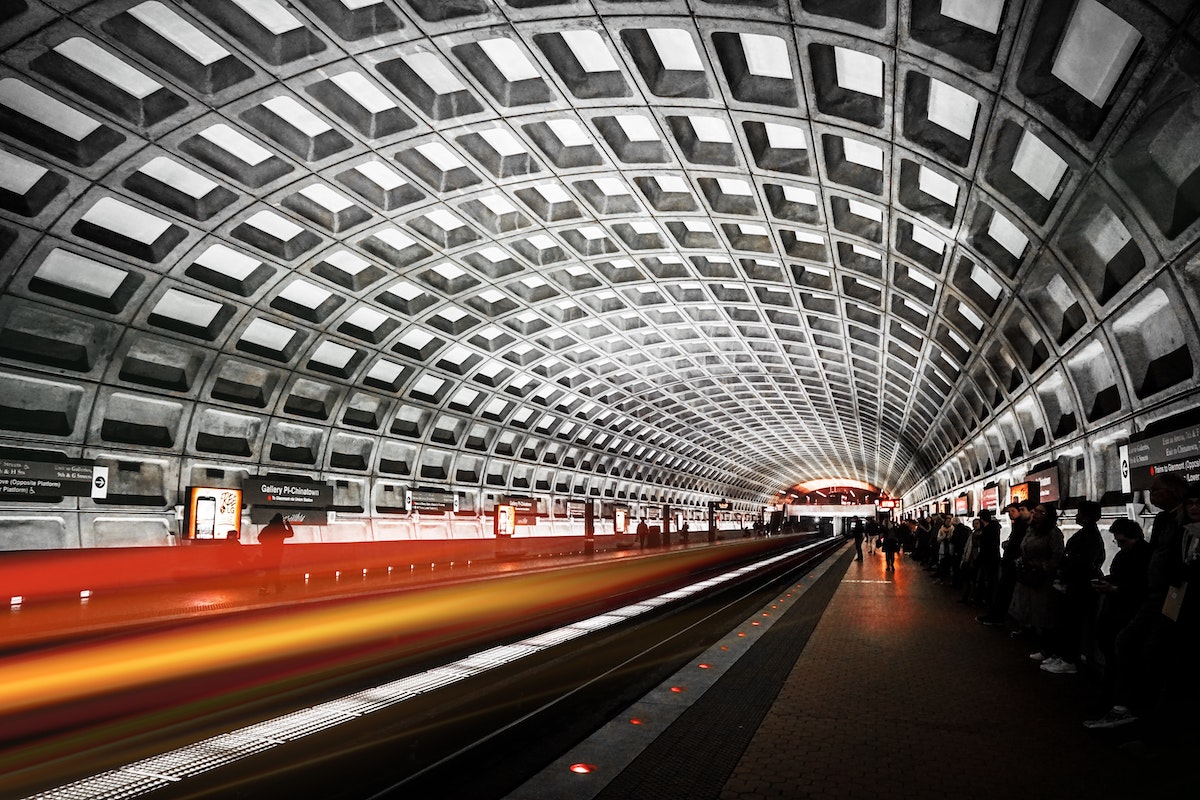 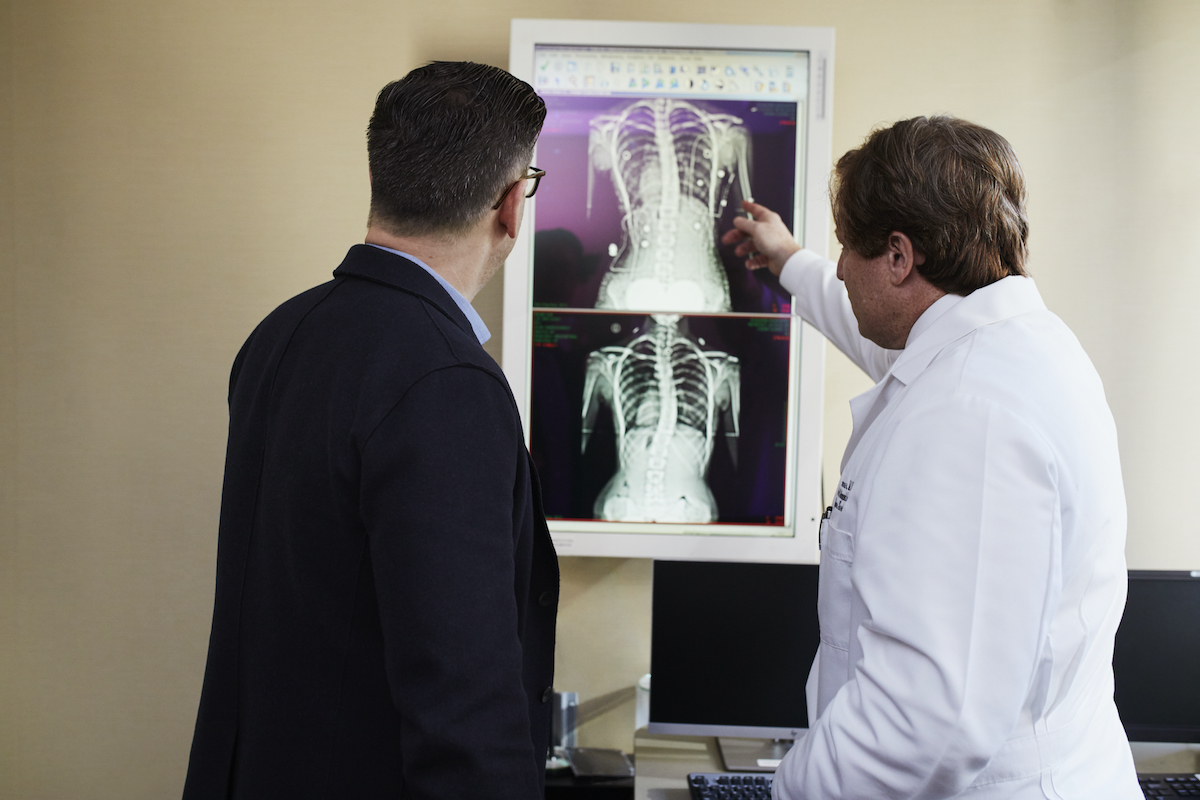 It shouldn't surprise anyone that Washington D.C. has many fine healthcare institutions. Of course, in the city where the president lives, you can expect a handful of first-class hospitals and clinics. The MedStar Georgetown University Hospital and the Children's National Hospital are two prime examples of them. They offer quality medical service, state-of-the-art medical equipment, top-notch healthcare professionals, and more. If you want to access any of them, however, you'll need the proper coverage. Either register in the American Healthcare system, also known as the Affordable Care Act, or get private medical insurance instead.

As the American capital, you'd think that traditional cuisine reigns supreme here, don't you? While there are enough places that sell hotdogs, hamburgers, and apple pies, Washington D.C.'s culinary scene is a lot more diverse than you might think. In fact, there's really no one cuisine that dominates all the others here.

Among its many foodie hotspots, there are those that serve Mexican food, Japanese delicacies, French cuisine, and more. It's up to you to choose which one you're craving. And make sure you reserve a table beforehand as most restaurants in the city require it. 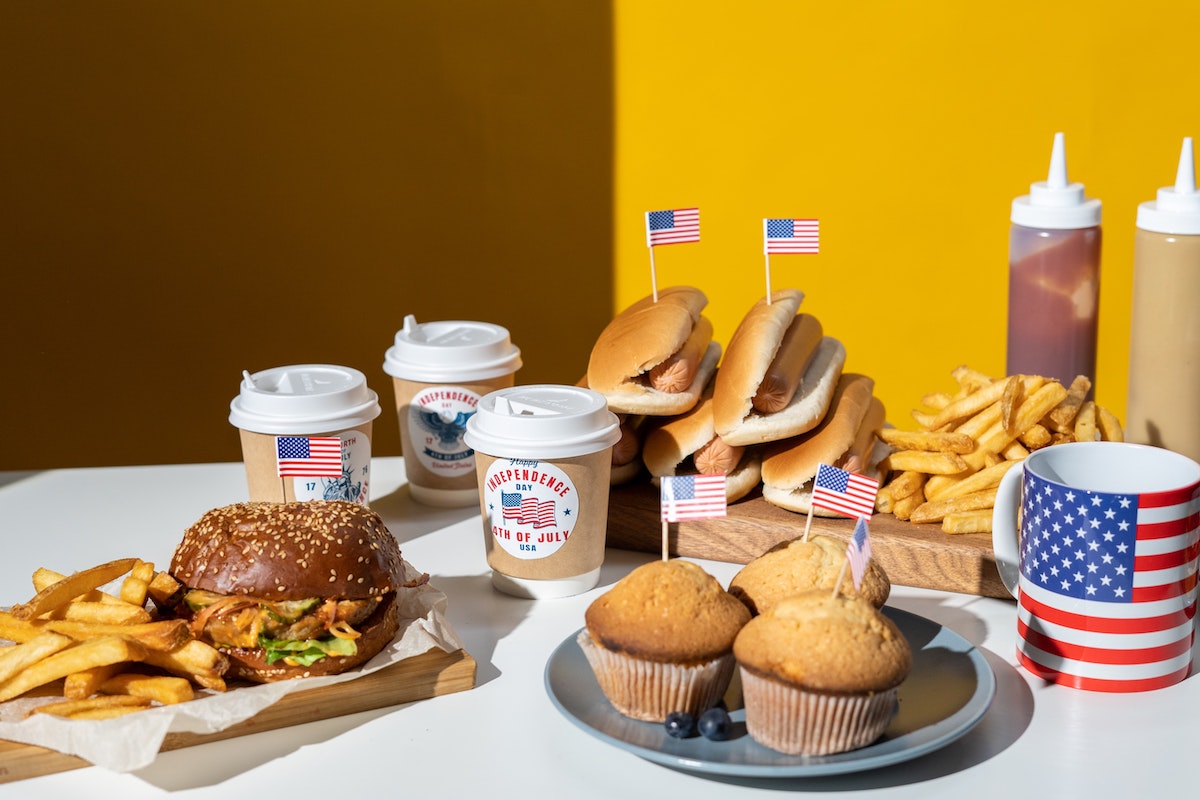 Expect Washington D.C. to take national holidays seriously. It is the American capital, after all. This means national holidays like the 4th of July, Veterans Day (November 11), and Thanksgiving Day (every fourth Thursday of November) are celebrated with all sorts of festivities. For example, on Thanksgiving Day, the US President chooses the turkey to be served on the holiday table. And of course, the 4th of July is made up of showstopping fireworks displays and political speeches. It's only natural that the District of Columbia becomes the most patriotic city during these holidays. 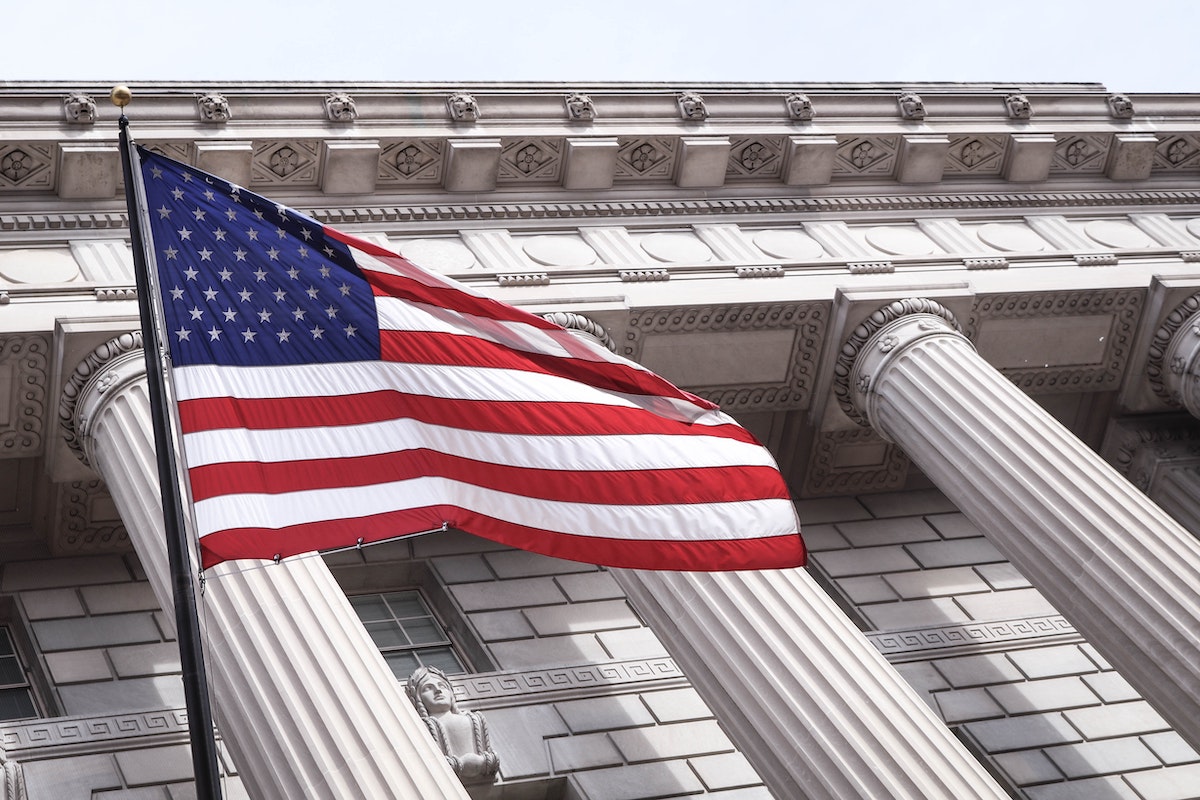 Thanks to its strong job market and complex metropolis. Washington D.C. has become one of the best American cities to live in. With so many cultural attractions on offer, you won't ever get bored here. But should you move to Washington D.C.?

As this guide has proven, there's so much to expect in Washington D.C. It's only natural that you'll want to move here yourself. But doing so is no easy task. This relocation guide can tell you that there's a lot you will need to accomplish before you start your new life here. 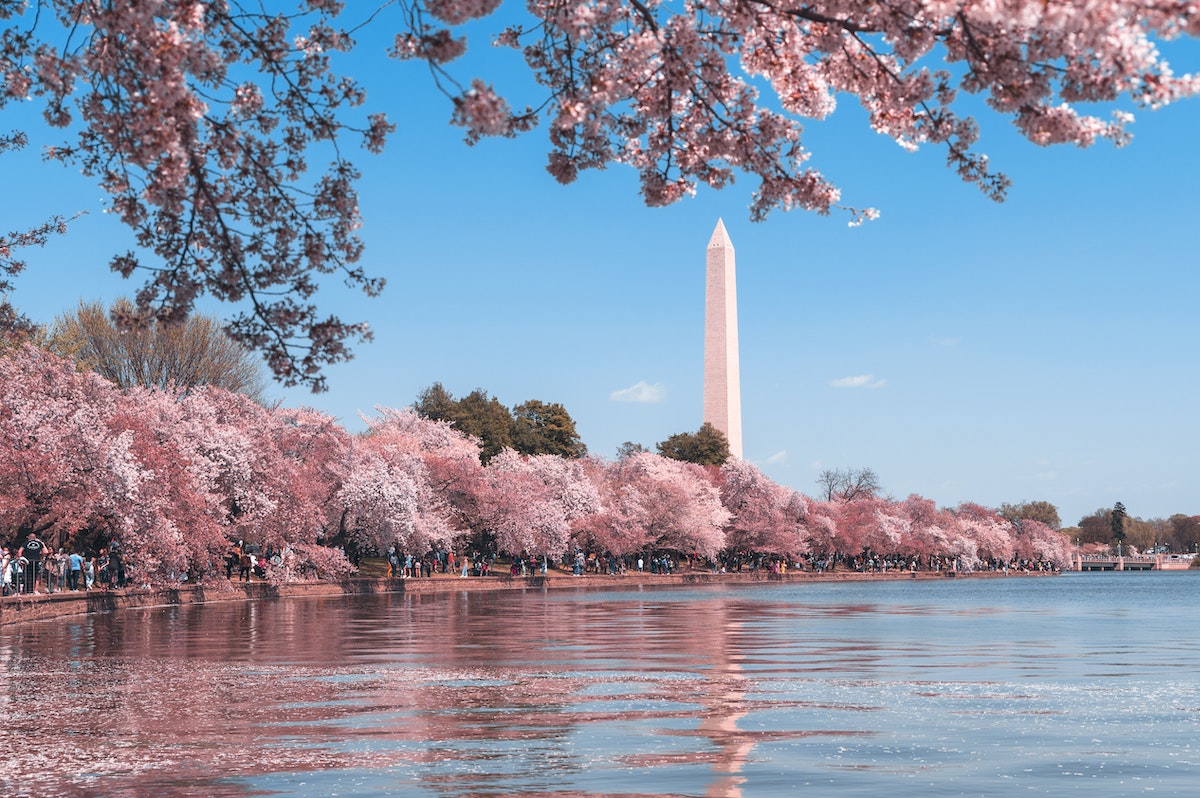 The Top Five Washington D.C. Instagram Spots You Should Know About

Want to post about your trip to the American capital on social media? Make sure to check out these top five Instagram spots in Washington D.C.! They'll definitely liven up your feed and help you gain lots more followers. The 7 Most Notable Gyms in Washington D.C.

Want to work out in the American capital? Not to worry! There are many fine notable gyms in Washington D.C. Any one of them is enough to keep you in tip-top shape. You won't just look good, you'll feel good too! What Are The Living Costs in Washington D.C.?

The living costs in Washington D.C. are high, but not arguably enough that you can call it an expensive city. It's up to you how you want to manage your finances when you visit or even relocate to the American capital. Contrary to what you may think, Washington D.C. isn't all about politics and American history. There are many other things to do in this city, from seeing adorable animals to watching an amazing theater show and more!