The Best High Street Brands From The US

American fashion is probably the most difficult to define. It's not like the French, Italian, and British styles where their origins and histories have been known all around the world. It was only in the 20th century when American fashion rose up to become at par with those in Europe. And it's thanks, in large part, to the high street brands that have since dominated the industry. After all, the US is such a huge place with millions of people! It makes sense that some of the most popular labels are those that most people can afford. Here are some worth noting! 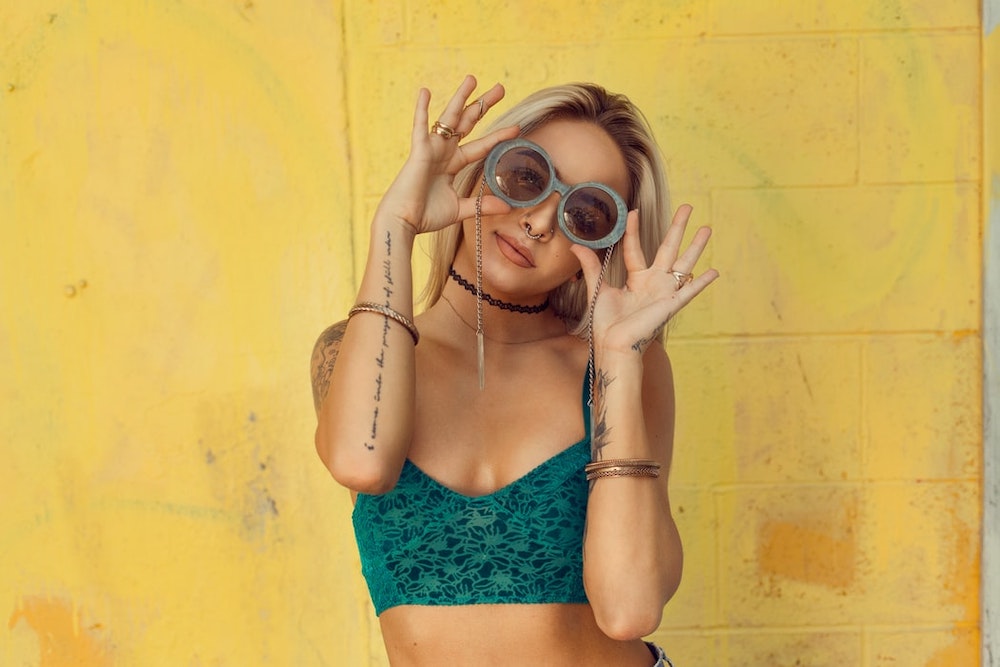 Out of all the American fashion designers, Ralph Lauren is undoubtedly the most successful. No other designer comes close to this behemoth who, over the years, has built a multi-billion-dollar fashion behemoth. Part of that is, of course, the famous Polo sub-line. A more affordable label, it's not exactly a luxury brand but it's the closest a high street name can get to. Polo itself personifies elegant American sporty style, defined by the iconic collared shirt with the famous polo-player logo. It's become a style staple on its own, an easily identifiable piece of both American fashion and style. 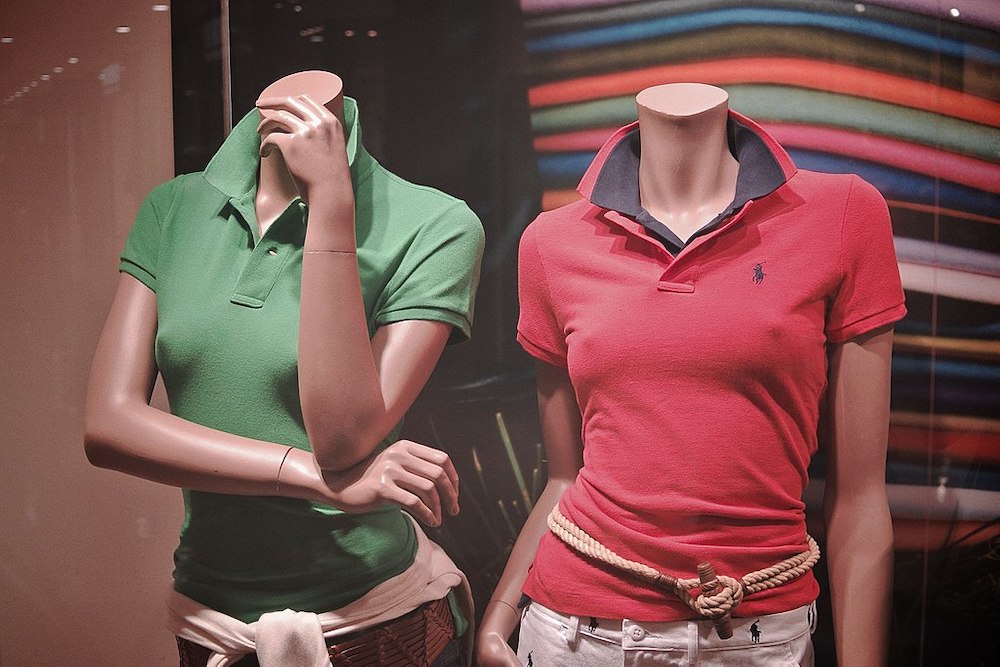 Simple and classic. These are two words that can best describe Gap! Another fashion behemoth that continues to dominate the American fashion industry, the brand's easy and elegant looks continue to draw in customers, not just in the US, but all over the world. You probably won't find any other American-born fashion label with as many stores throughout different countries as Gap! Be it in a designer outlet store in Europe or shopping districts in Asia, you'll definitely find a Gap store in each and every one of them. That's because, for the most part, the brand's styles are versatile, chic, and high-quality. You can't get any better than that! 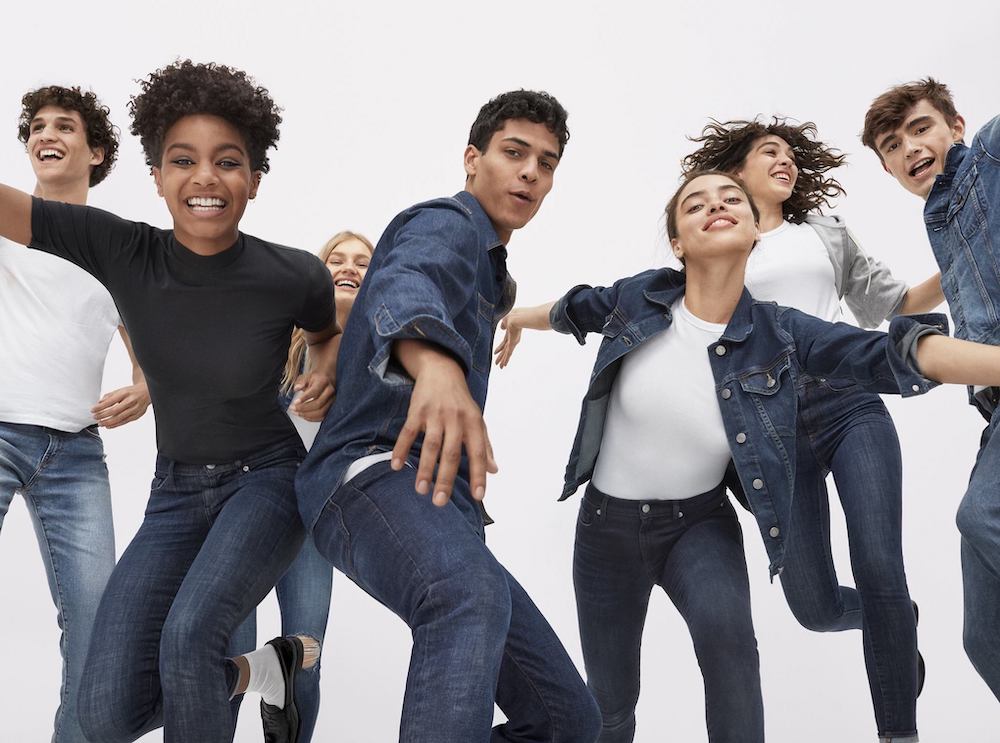 While Spain has ZARA, the US has Banana Republic. Since it was founded in 1978, this contemporary brand has been one of the most luxurious high street labels from the US. Comfy and classic, theirs is a signature that would work well in both work and leisure time, exemplifying an everyday sense of sophisticated style all at affordable price points. You can easily get a piece you can wear to work, helping you impress your way up the corporate ladder. At the same time, another item would work well when you're on vacation, whether it's exploring the nature-bound places in Florida or zooming down the snowy mounts of Colorado! 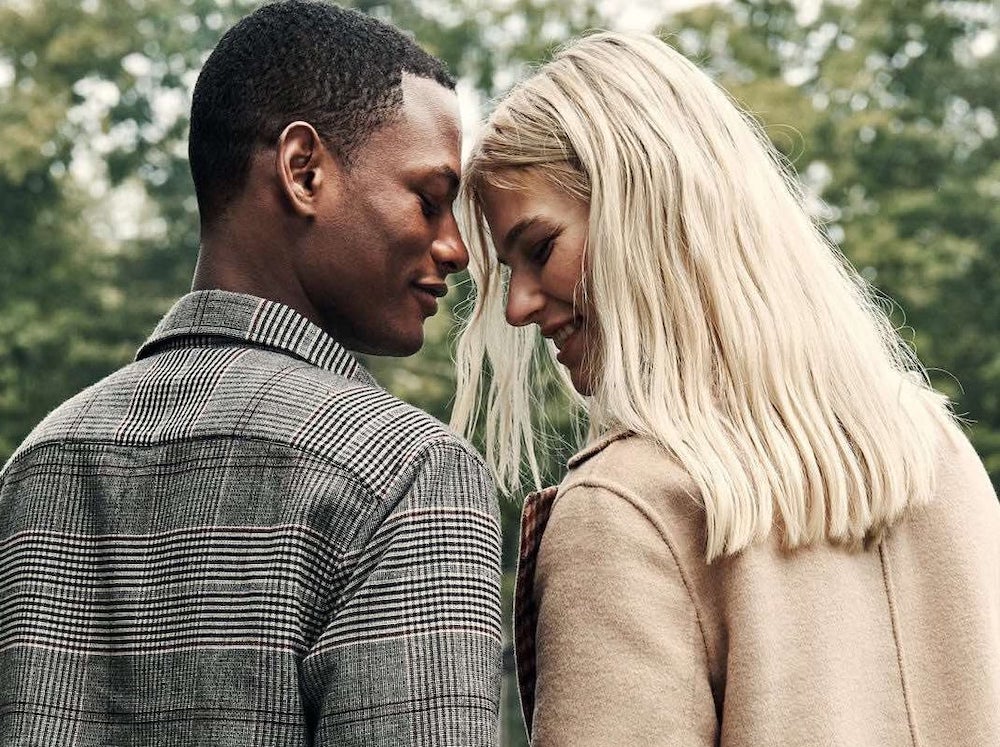 Imagine a wealthy family in the Hamptons, dressed in fine cashmere clothing, crisp white shirts, pristine pairs of pants, the men donning well-tailored jackets while the women accessorize with pearl necklaces. Sounds like quite the American fantasy, doesn't it? Well, thanks to J. Crew, more often than not, this fantasy can become reality. For years, this US high street label has offered traditional elegance at a lower price. It almost seems impossible that you can end up looking like a million bucks without spending the same amount on the clothes! But that's the miracle of J. Crew! 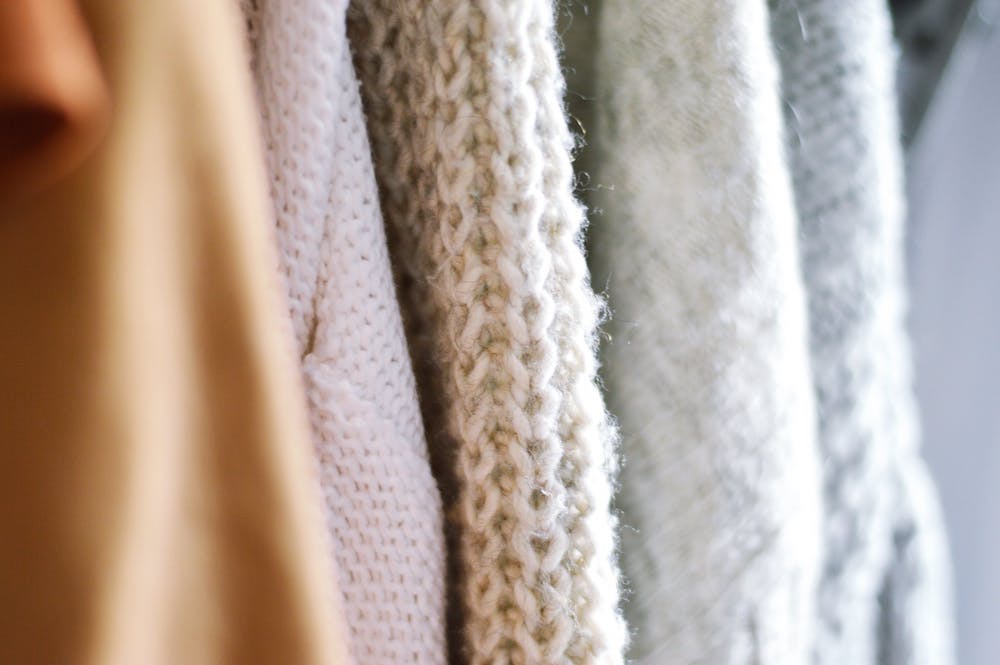 American brands have banked on casualwear since the mid-20th century. American Apparel, founded in 1989, is one of them! Often considered a sportswear label, this high street fashion brand has been the go-to store for cool and casual pieces, highlighting comfort above anything else. Some might consider their brand of simplicity to be borderline boring, but it's the type of old-fashioned American minimalism that helps customers discover their own sense of style along the way. True, you're likelier to see American Apparel sported in LA gyms instead of Beverly Hills, the most upscale district of the city, but that's not necessarily a bad thing, is it? 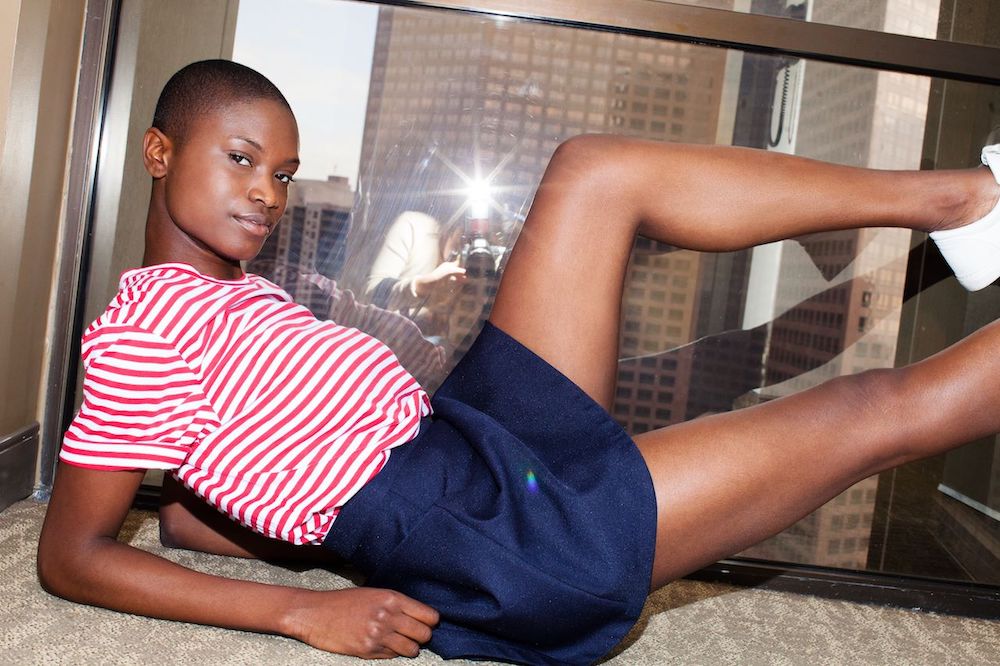 Just like American Apparel, Old Navy also exemplifies in casualwear that's borderline sportswear on many fronts. However, while the former is more of a diverse brand that can fit any age, the latter is decidedly geared to attract younger customers. Their styles often lean on the trendy side, going for bold colors, exciting prints, and the like. Kids and teenagers would likely prefer to shop here than in any other brand on this list too. You'll see them sporting Old Navy in school, when they hang out with friends outside, and when they simply want to look cool. 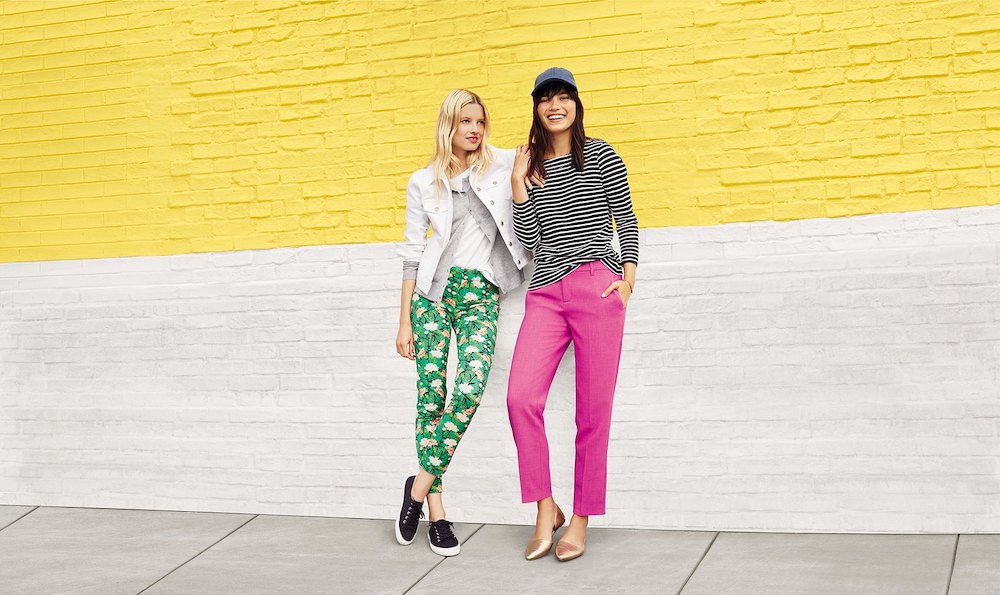 Who could ever forget L.L. Bean's eye-popping bright-colored sweaters during the 1990s? Those were virtually the trendiest knitwear among teens and young adults at the time. Nowadays, however, L.L. Bean has toned down their color palettes but is still as cool as ever. Similar to other brands on this list, this high street label often borders on sportswear, offering up appropriate gear for all sorts of strenuous activities. You have more luck spotting the right coat for camping out than you would seeing the once-popular sweaters from the past. It's functionality and fashion in equal measure for this brand! 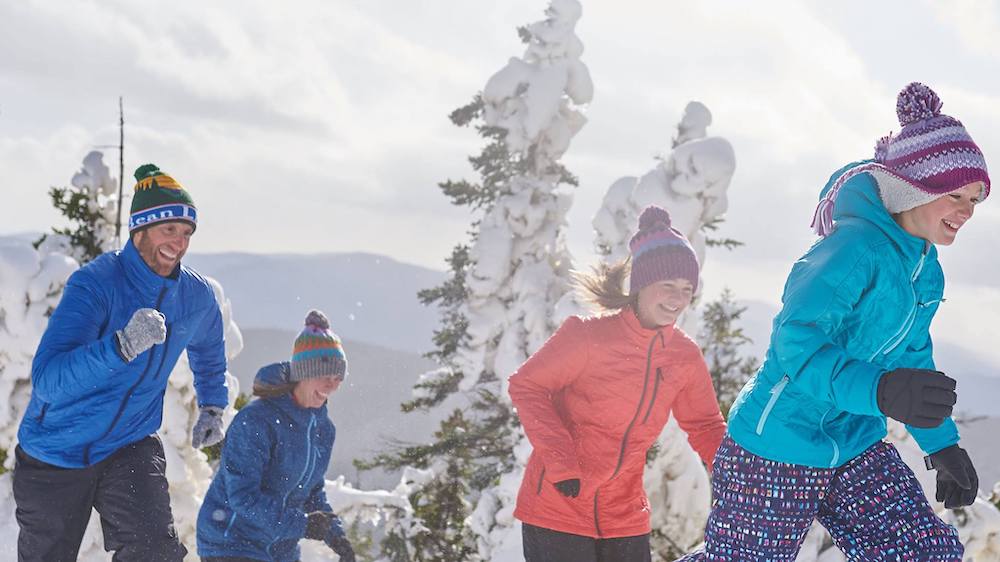 American high street brands are probably some of the most famous fashion labels in the entire world. You'll see their stores everywhere, not just in the US, and you'll understand right away why the US is such a huge force in fashion!

Want a big closet to fit in everything you have from these American brands? Go for a luxury home in the US when you get here!

Gorgeous 1BR Apt in the heart of Downtown PDX