The Eiffel Tower, the Arc de Triomphe, the Louvre, Notre Dame—these are a few of the most iconic sites to see in Paris. It's no secret that the French capital is practically made up of tourist spots, each more famous than the next. But when you've visited them all in your first or second visit, or the first or second months after having moved here, what's there to see next? What does Paris have to offer apart from these usual places? It turns out, a lot more! Yep! There's a number of other fascinating spots to see in the city. Here are. a few underrated ones! 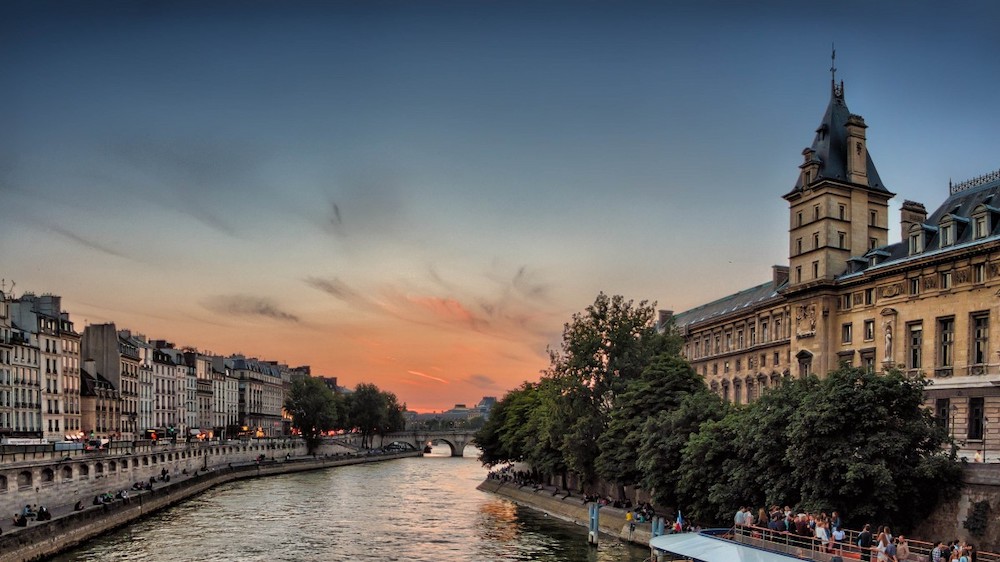 Ivory, cream, ecru, taupe, and gray are practically the only colors to expect in Paris. It's a city full of classic architecture, after all. Very rarely will you see structures rendered in different hues, though a few red-brick houses and buildings may catch your attention. As well as the famous red windmill from the famous Moulin Rouge cabaret in the Pigalle quarter. With that said, it seems color isn't exactly Paris' strong point, is it? It is in Rue Crémieux! This rarely-crowded street in the 12th arrondissement is lined with multi-colored candy-hued houses. It's as if you entered a fantastical world when you stroll here! 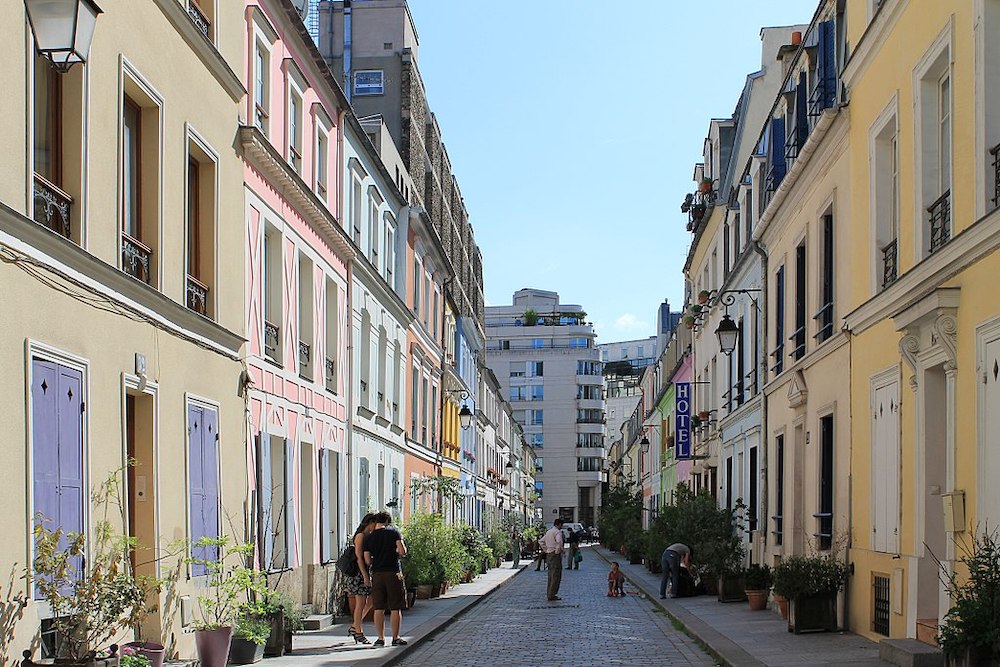 Over the years, Paris has certainly become a bustling metropolis, with most neighborhoods as busy as ever! But what about when you want to experience a little of the Frenc countryside but you don't have the time to leave the city? Where do you go then? La Campagne à Paris! Looking like a quaint village straight out of a storybook, this adorable little corner in the 20th arrondissement is the French capital's own slice of the rural lifestyle. Brick houses, wooden fence, and cobblestone streets make it seem like you're no longer in Paris, but rather in a little town in Chamonix or Avignon. Want to see the remains of France's most notorious and infamous monarchs, Louis XVI and Marie Antoinette? Well, you can't, really. Their remains were thrown into a communal pit, denied proper burial by those in the French Revolution. Instead, you can go to Chapelle Expiatoire, a beautiful church on the 8th arrondissement which is dedicated to the tragic royal couple. It's said that the communal pit where their remains were thrown off to was once located where the chapel is now. And today, there stands a beautiful monument, a domed structure that can rival even the baroque churches of Italy! An exhibit hall that displays classic architecture which itself has a rich history of its own? Yes, please! Such a place exists in Paris and it's the Maison de l’Architecture. Located along Rue du Faubourg Saint-Martin, this modern museum used to be a convent. During the two World Wars, it was transformed into a military hospital to aid the wounded. And now? It's one of the best galleries in the city, exhibiting the history of architecture, both of France and of the rest of the world. It helps that it also has a stunning courtyard with a nice little café, perfect for a quick coffee break. It's always so fascinating when two capital cities collide, right? Did you know that here in Paris, there's one place where you can actually feel like you're in Rome? It's Arènes de Lutèce, ancient Roman remains located on Rue Monge. Even from the relics still in place here, you cans till clearly see the glorious arena it once was, rivaling the likes of the Coliseum in the Italian capital itself. Today, it's a relaxing open area, perfect for a nice stroll. If Fellini ever thought of filming in Paris, this might have been his number one spot! Speaking of nice areas where you can stroll in, Parc de la Villette is one worth escaping to. Playgrounds, museums, cafés, and even its own Philharmonic! It has it all except hordes of crowds! They're probably off spending time in more popular parks like the Jardin de Luxembourg in Saint-Germain-des-Prés or the Tuileries Garden near the Louvre. Because of this, the park is a wonderful location for rest and relaxation, especially when you're in desperate need of a break from all the hustles and bustles of Paris. It turns out there's a bright side to being underrated after all! Thanks to Dan Brown's infamous novel, "The Da Vinci Code," and its eventual film adaptation starring Tom Hanks, the St. Sulpice chapel has become quite the tourist hotspot over the years. Though generally speaking, it still pales in comparison to the likes of Notre Dame in Île de la Cité or the Sacré-Cœur in Montmartre. In fact, after the hype for the book and the movie had died down, the visitors of this chapel visibly lessened. If people were to go to this part of the city, it'll probably because they were getting some great macarons and other great treats from the famous chocolatier Pierre Hermé. 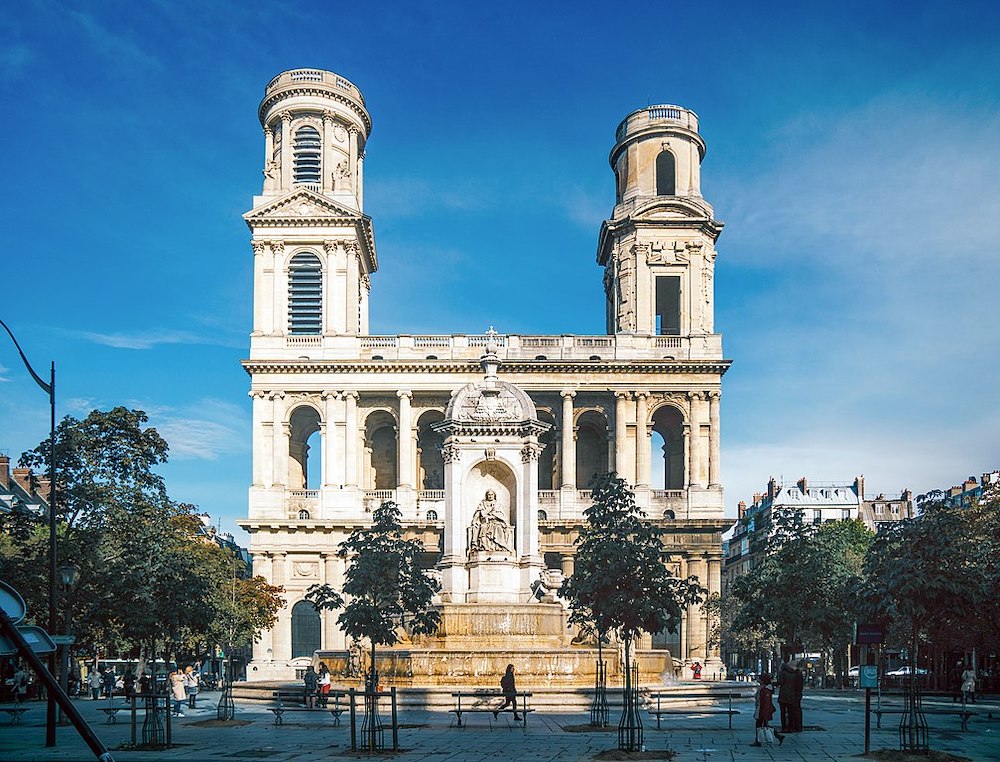 The beauty of Paris goes beyond the Eiffel Tower, the Arc de Triomphe, and other iconic landmarks in the city. It houses a lot more fascinating sites you should see once you've checked out all the famous ones. You won't regret seeing these underrated hotspots!


When you go visit Paris to go see these places, make sure you stay at a luxury rental, be it just on vacation or for a long-term stay! That's the best way to spend some time in the French capital.