About Milan  When Should You Visit Milan?  The Most Notable Neighborhoods in Milan  Must-Visit Places in Milan    How Much Does it Cost to Stay in Milan?  General Customs You Need to Know    Traveling Within Milan  Healthcare in Milan  What's The Food Like in Milan?    Important Holidays in Milan  Relocating to Milan 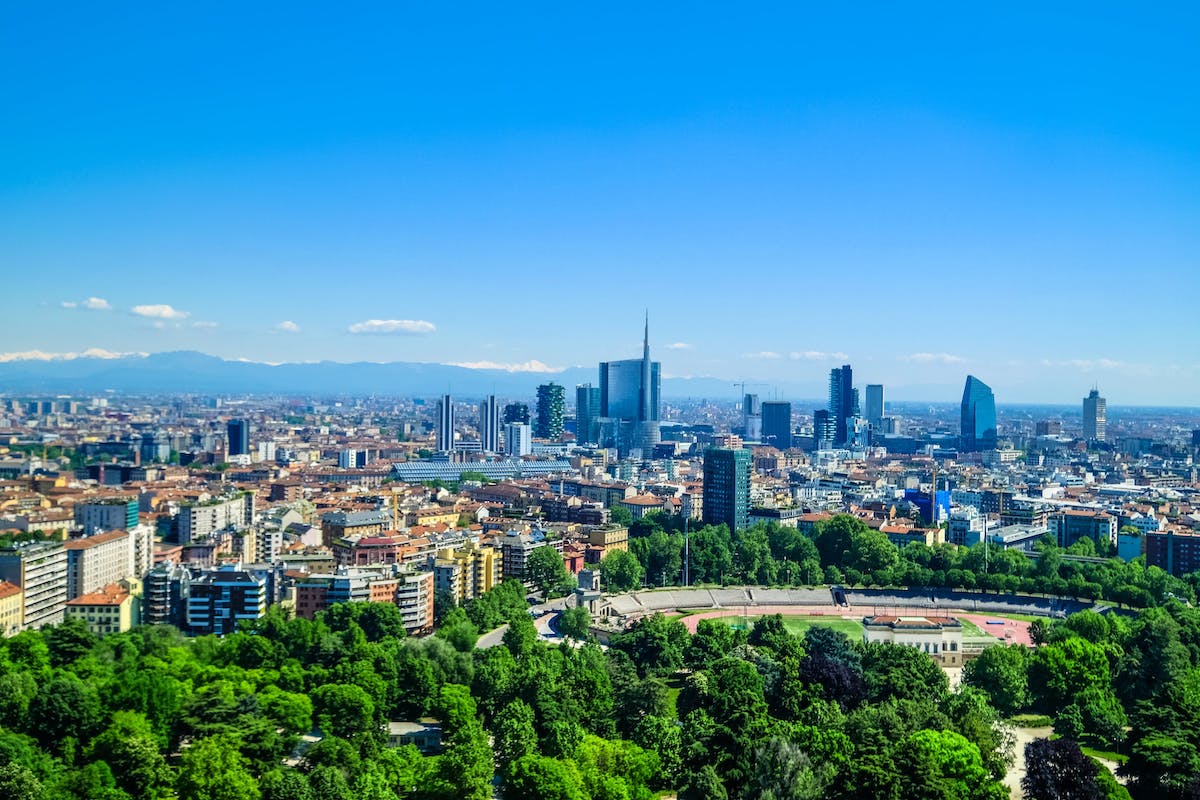 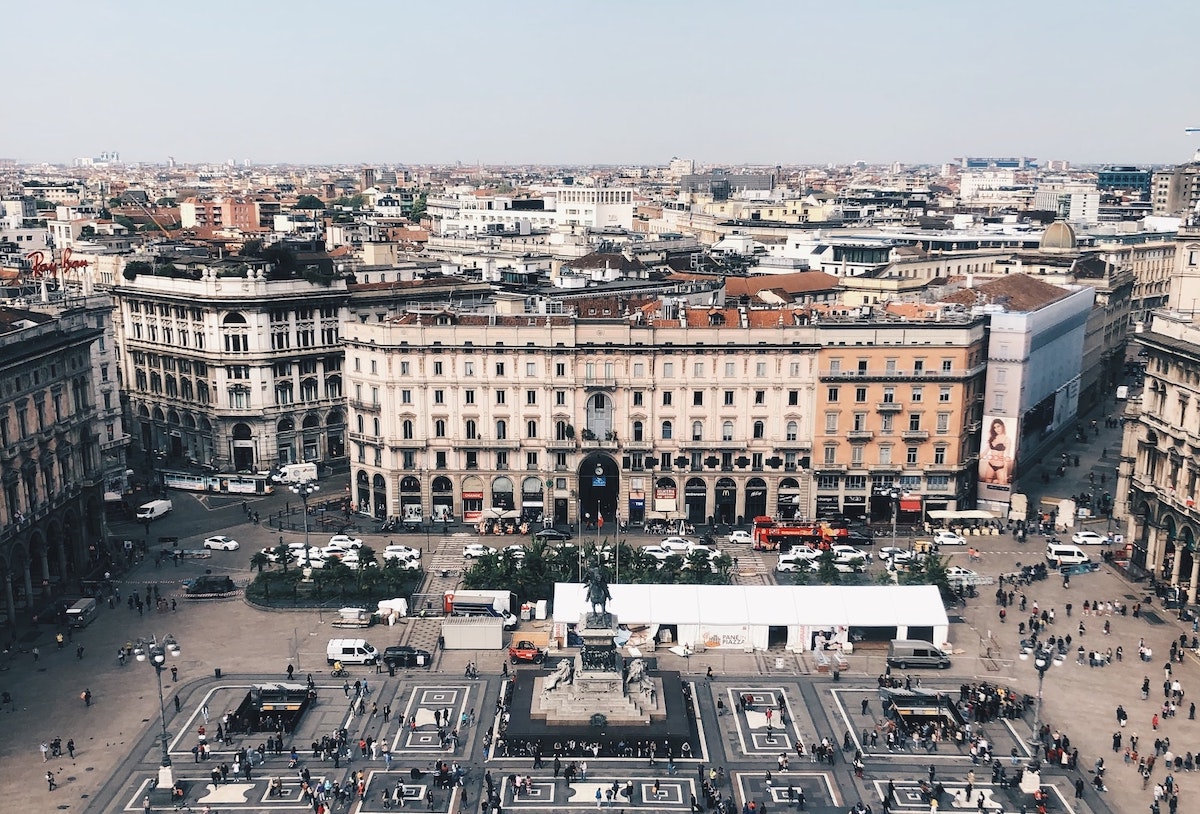 Even you have to admit, Milan is quite a mysterious city. Most people only know it because of Fashion Week, but what goes beyond that? That it's a central business hub? That's already a given! That it's one of the more urban cities of Italy? That goes without saying! Simply put, Milan may be this glamorous and modern utopia in the Mediterranean but it's far from what many might think it is. You really have to go there to really get to know what the city is all about!

At 3.140 million people strong, it's no secret that Milan is one of the more populous cities in the world. A lot of people move here for work, all adding to the crowds of this bustling metropolis. It probably goes without saying buy Italian is the main language here. While Milan is a major business hub in the world, Italian remains the most commonly spoken language in the city. In order to have an easier time navigating your visit or relocation here, you ought to learn Italian first. Fortunately, the city is also home to many schools that can help you with that!

When Should You Visit Milan?

Even though Milan is located in Italy, a country known for its sunshine, the city is actually one of many that get really cold during the winter months. As well as, of course, becomes a massive heatwave when summer comes round. So in terms of the best seasons to go here, the months of April to May and September to October are most preferable. Not only will the temperature in these months the best, but they're also the off-season for tourists. You'll likely see a wider and more spacious Milan during these times. 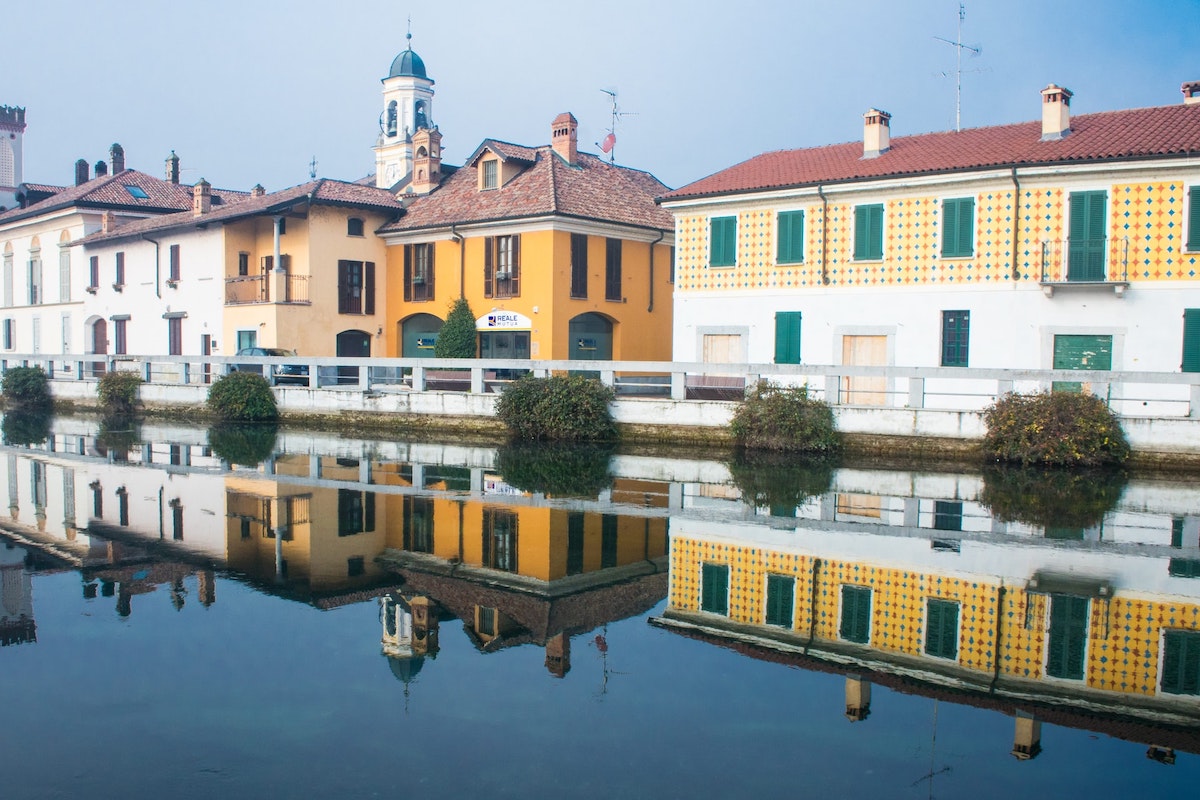 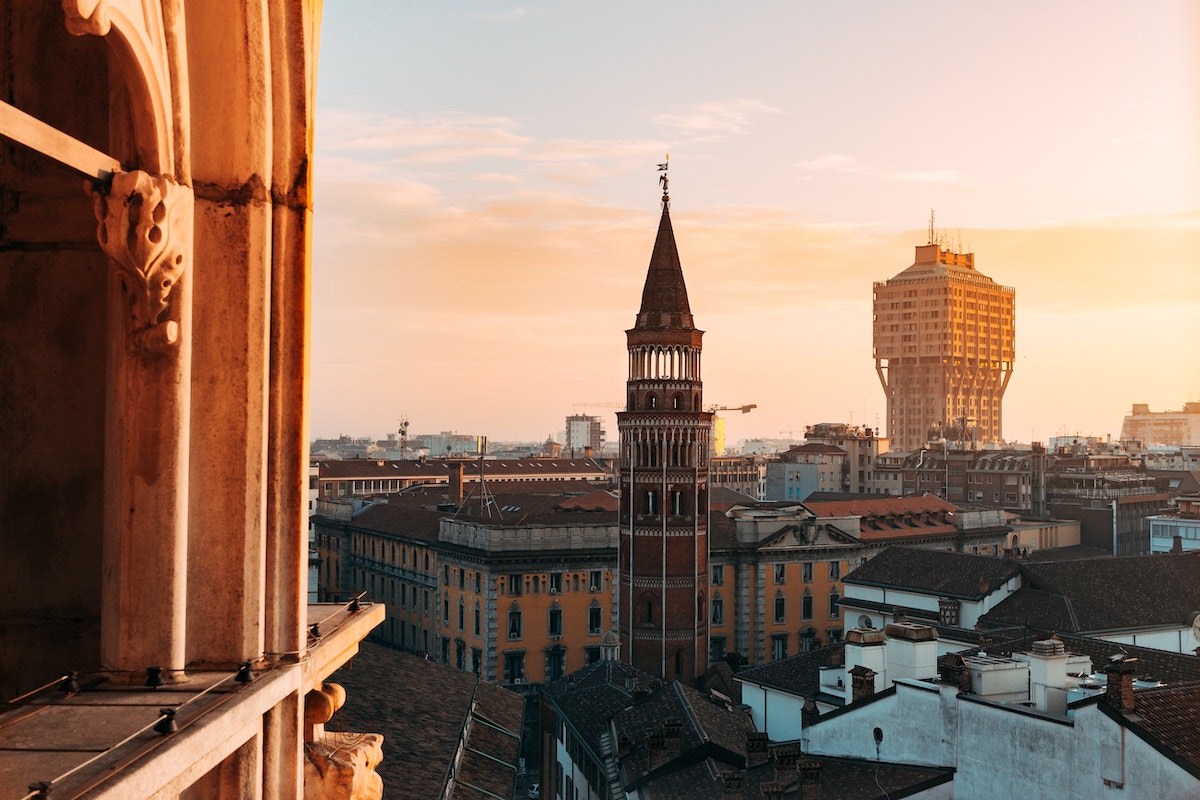 The Most Notable Neighborhoods in Milan

Contrary to what many think, Milan isn't a one-note city. Fashion isn't the be-all and end-all here. For the most part, Milan is a collection of fascinating neighborhoods where one area doesn't look like the other. A popular district, the Brera district, is more romantic with its old-world charm. Cobblestone streets lined with vine-ladened terraces conjure up a lovely scene straight out of a romantic period film. Meanwhile, places like Porta Nuova boast a more modern and contemporary atmosphere. They're filled with skyscrapers, office buildings, luxury homes, commercial districts, and more. Though both are so different, these neighborhoods all belong to Milan.

In terms of Milan's best tourist spots, the Duomo di Milano remains the number one attraction! The gothic cathedral, in all its classical glory, is a standout stunner. Most especially against the more urban backdrop of high-rise buildings. The Sforzesco Castle is also another worthy contender.

A beautiful Renaissance structure that looks straight out of a Shakespearian tragedy, it houses all sorts of treasured artwork. And, of course, you can't go to Milan without exploring its many districts. It's only through seeing many, if not all of them, that will you be able to discover the real Milan. 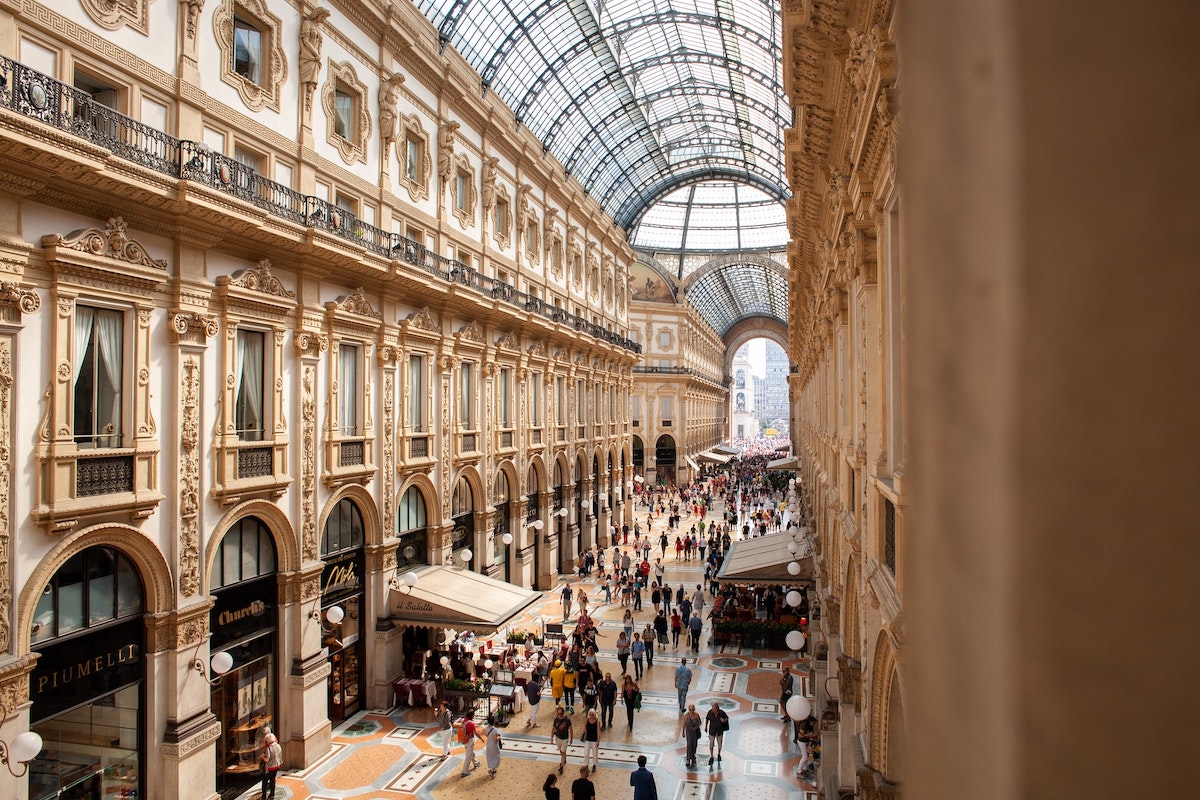 How Much Does it Cost to Stay in Milan?

Even before you go here, you ought to already know that staying in Milan, whether you're here for a couple of days, a few weeks, or even for the rest of your life, isn't expensive! The living costs here can often go through the roof, even if you go for more economical options. For instance, it's better to know now that you'll rarely find an apartment that will cost less than €1,000.00 a month for a rental fee. Food costs can total up to €78.50 per trip, which may just be enough for about a week or two. 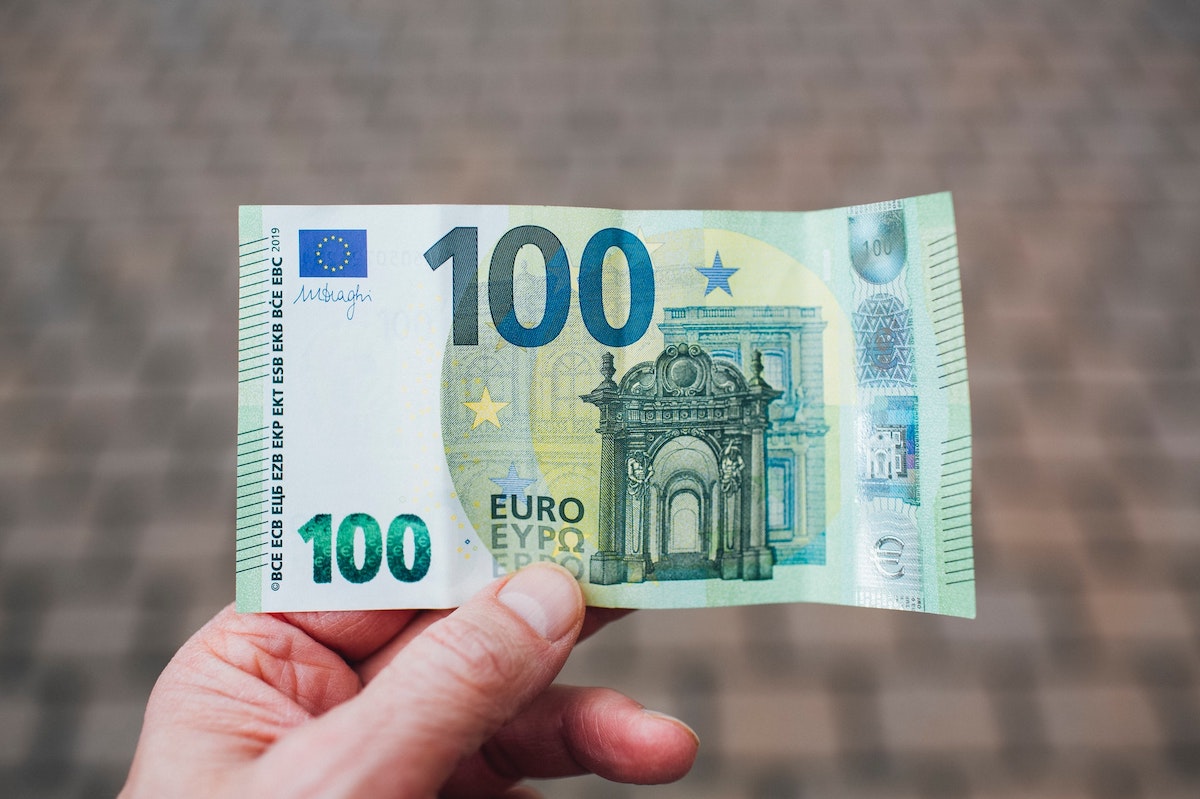 When you're in Milan, or just about anywhere in Italy for that matter, make sure you don't mess with the Italians. Before leaving your home to fly off to this city, you'd do well in knowing the customs in Italy. You've seen Italians when they're happy and excited, right? They tend to get a little too lively—some might say noisy—often 'touchy-feely,' and sometimes, downright aggressive.

Well, they use up that same amount of energy when facing someone they don't like. Or rather, someone who's offended them. As simple as not respecting the elders, loudly belching at the dinner table, and taking your shoes off in front of them can tick them off! 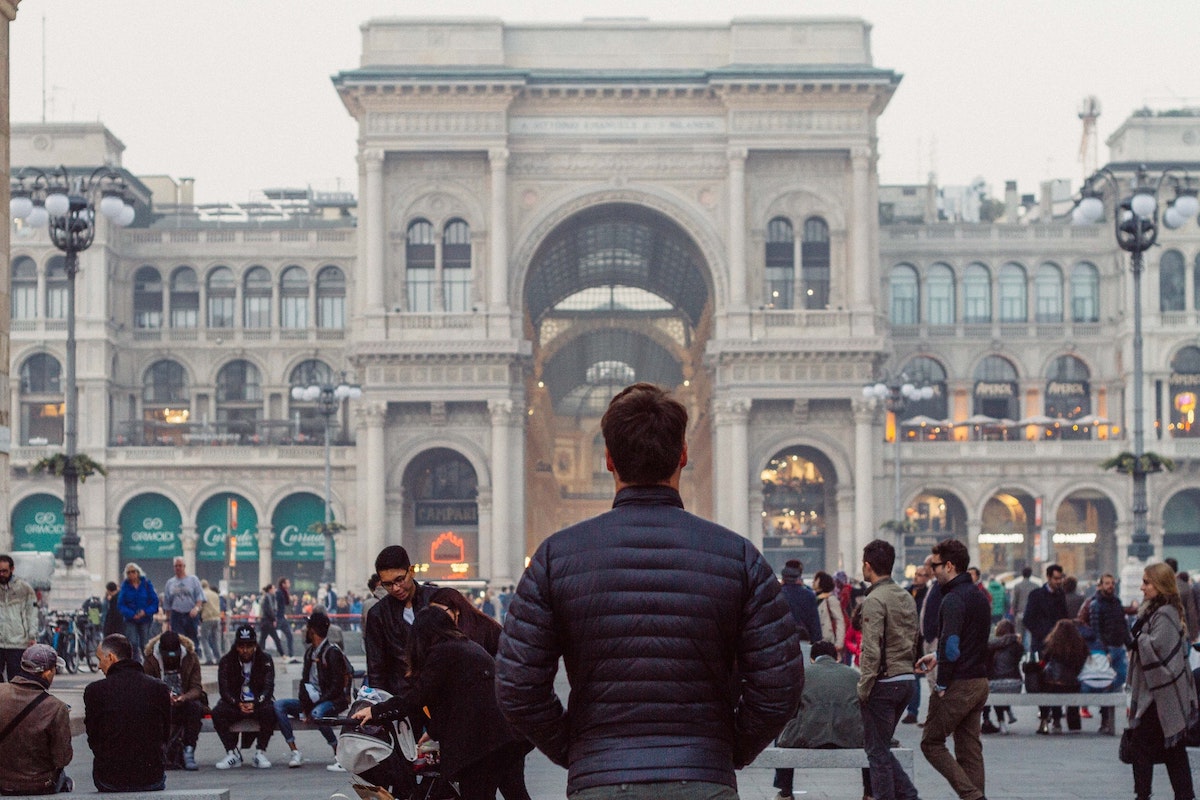 As with any other city, Milan's public transport is as busy as ever. It has to be with so many people on-the-go here all the time! There's an underground metro system that covers most of the city, becoming the best option to take when you have to go to even the most remote parts of Milan. The trams, on the other hand, are more suitable for tourists. Riding this overground system allows you to see the city even when you're just in transit. Meanwhile, you'll see taxis practically everywhere in the city. So much so that you'll rarely need a transportation app to hail one. 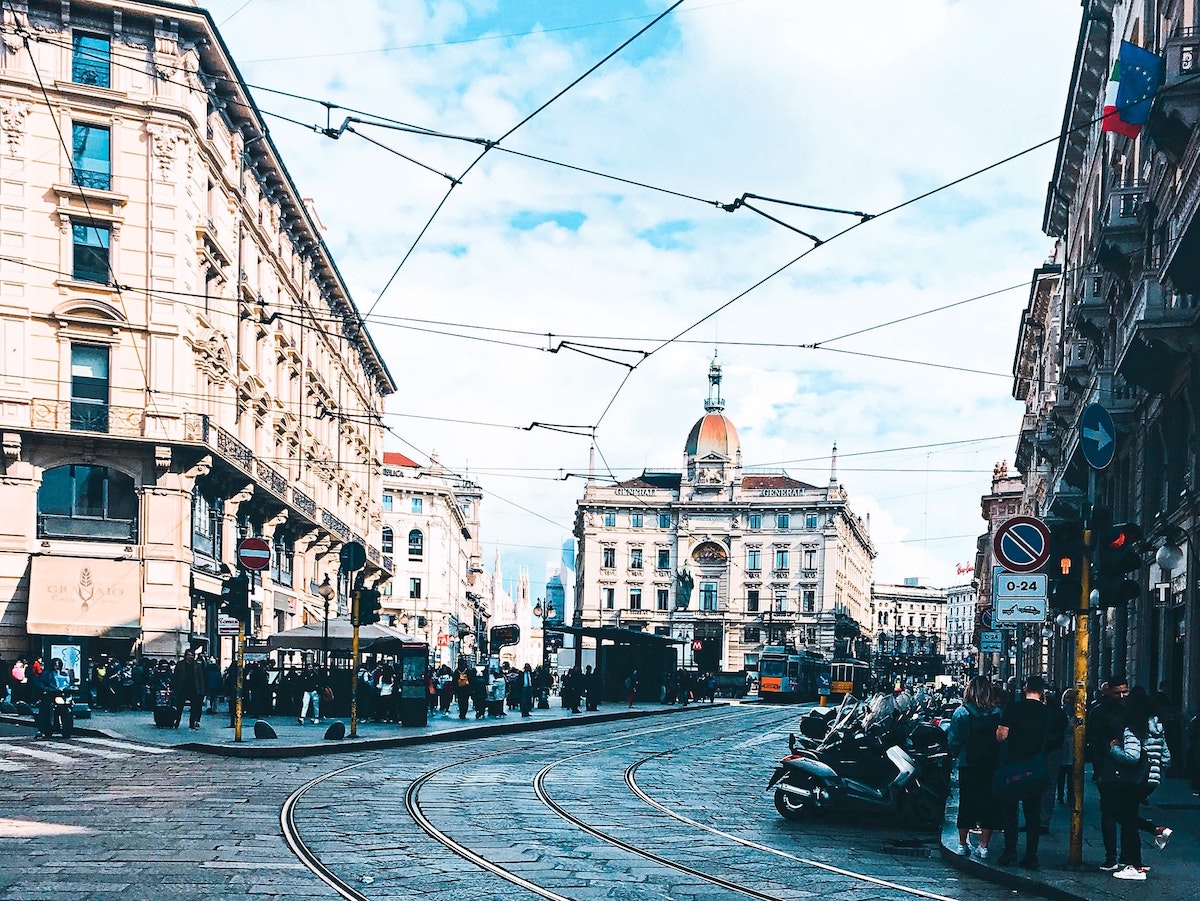 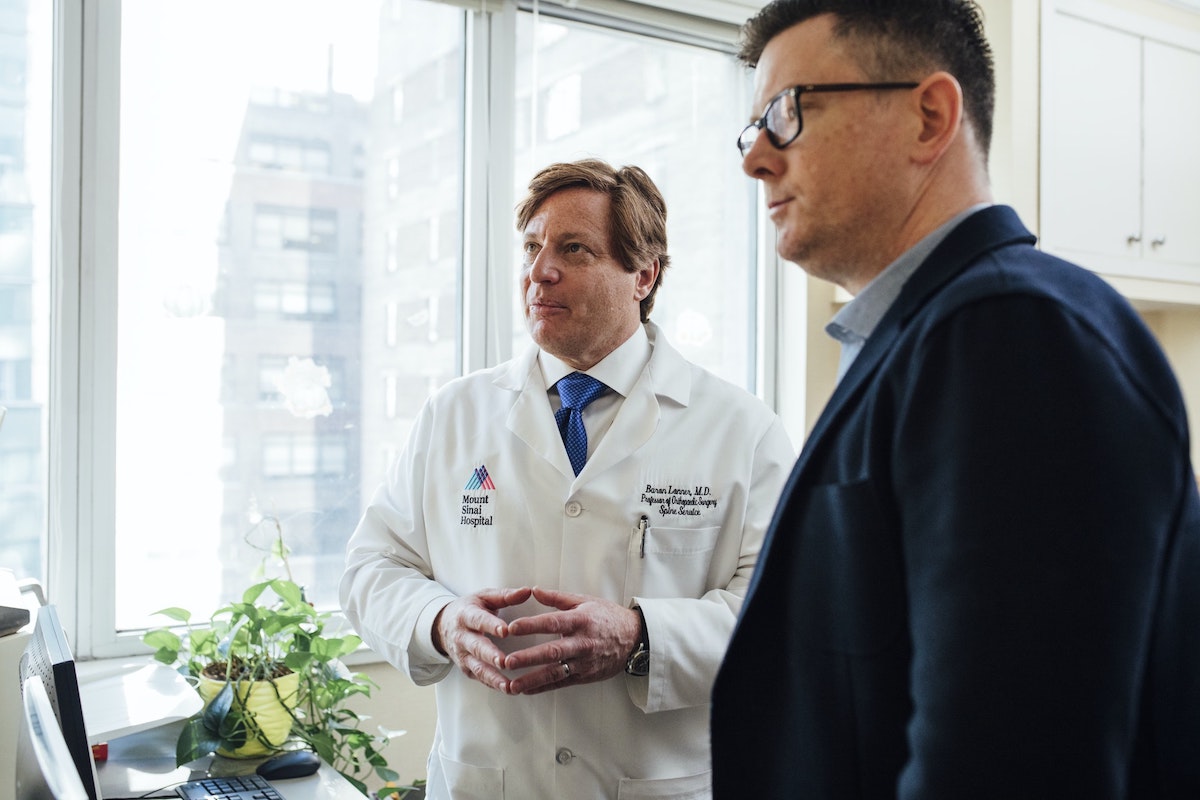 Italian healthcare operates on a universal system, allowing coverage to all residents of the country. If you're getting relocated to Milan, you have nothing to worry about. Once you get your papers in check, you'll automatically be eligible to gain access to the country's system. But if you're just a tourist, however, you might want to get travel medical insurance instead. Even with that, you might still get access to the city's best hospitals, which includes Pio Albergo Trivulzio (especially for the elderly) and San Raffaele Hospital (which has one of the finest maternity wards in Milan!).

Even though Milan has become the global hub for fashion, finance, business, and more, the cuisine here remains intrinsically Italian. Think brick-oven-baked pizzas with all sorts of toppings, many of which you can only find in the Italian countryside.

Different types of pasta, each more flavorful than the next, all seasoned to perfection. And for dessert? Rich an creamy gelato on a cone! What's not to love? And in terms of restaurants, many are upscale enough to warrant a business lunch or two. It's only natural for a city like Milan, after all! 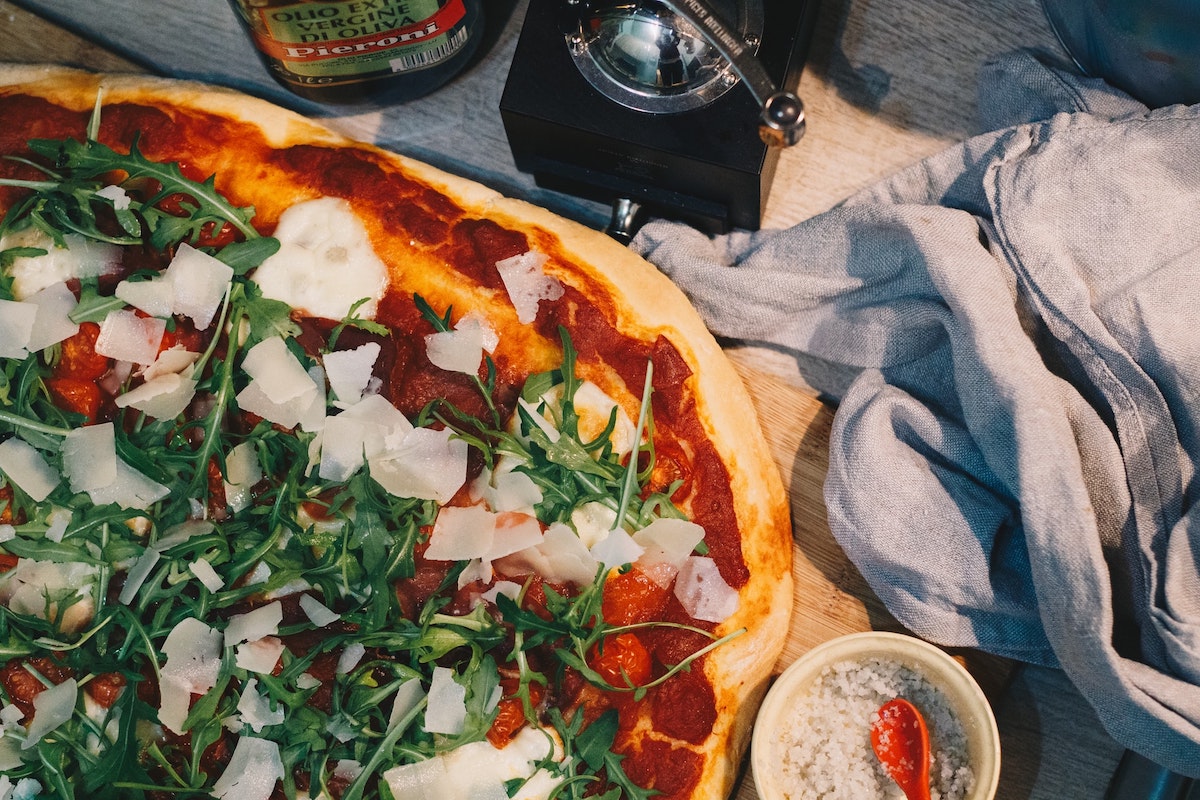 It's no secret that Italy is (probably even the most!) a religious country through and through! It's home to the Vatican, after all! So in terms of the holidays here, expect most of them to be religious-based. Of course, the country still has the usual National Day and a few International ones like Armistice Day, but for the most part, most of the public holidays in Italy are the feast days of saints, pertain to something Biblical, and the like. The good news is it allows for more free days off work! 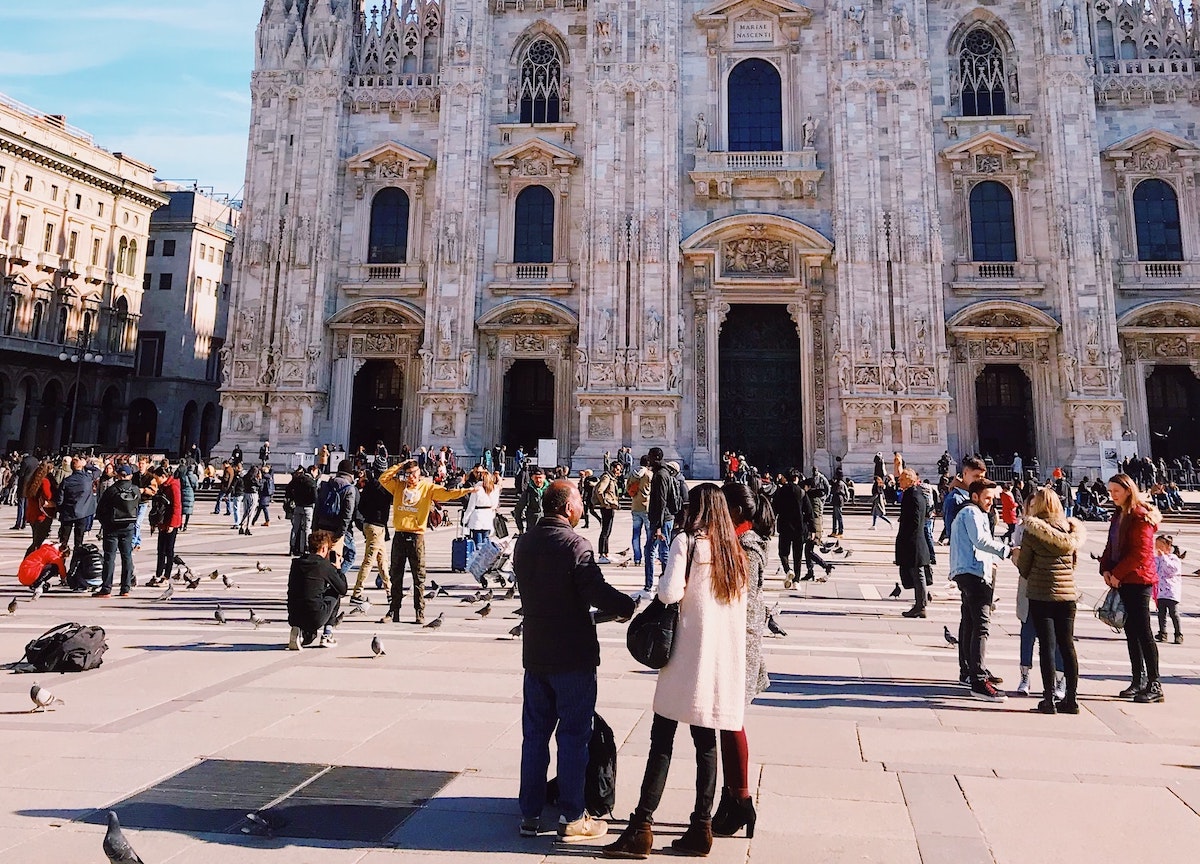 If you ever decide to relocate to Milan, know that it won't be easy at first. There are a lot of things to know, to bring, to do, and more! And while these all may seem intimidating, once you get down right to it, you'll realize you really had nothing to worry about.

Most especially if you follow the relocation guide we provide. Here, most of what you need to understand to ensure a seamless move are laid out in the simplest ways possible. 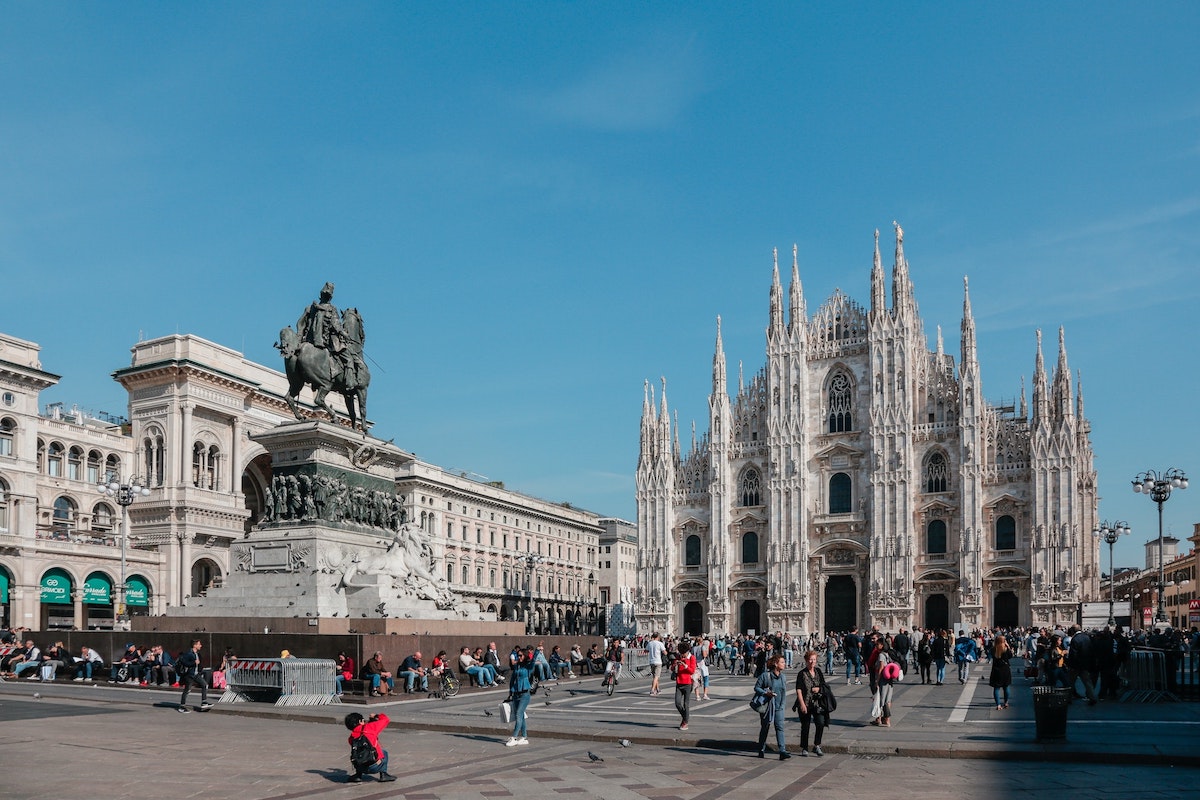 Celebrating New Year's Eve in Milan sounds like a good idea! Even more so if you rented out a luxury apartment here. Depending on your holiday plans, there's a handful of luxury rentals in Milan that will be perfect for you! Is there any wonder that Milan is a fashion capital? Just their top spring/summer 2022 designer menswear collections alone, which they presented in Milan Fashion Week, have lots of guys excited for the upcoming trends ahead! Mother's Day Brunch in Milan: The Best Five Restaurants to Choose From

Milan is a treasure trove of great brunch places and many of them will work great for you and your mom for Mother's Day. Think sweet treats, great drinks, and of course, delicious—not to mention authentic!—Italian food. Working out is always a good idea. But when you're in Milan, where do you exercise? Well, the city offers many top-notch places for you to get a good workout. All you have to do is to check out Milan's best gyms to find the perfect one for you!