All Luxury Guide: 10 Reasons to Visit Paris This Spring

Paris is beguiling all year round but there is something about the French capital in the springtime which makes it even more magical than usual. The chill of winter has passed and the hordes of tourists who descend on the city in the summer haven’t arrived yet. So you can wonder aimlessly around the city without worrying about (too many) selfie sticks or tour groups. Here are 10 reasons to visit Paris in the spring.

The City is In Bloom

Paris wakes up in spring and after the greyness of winter, the city seems to come alive with color. The best way to appreciate this is to simply take a walk around the different neighborhoods in the city and remember to look up. You’ll see pink blossoms, lush green leaves, and flowers everywhere. Take your camera because you’ll be wanting to capture all of it. 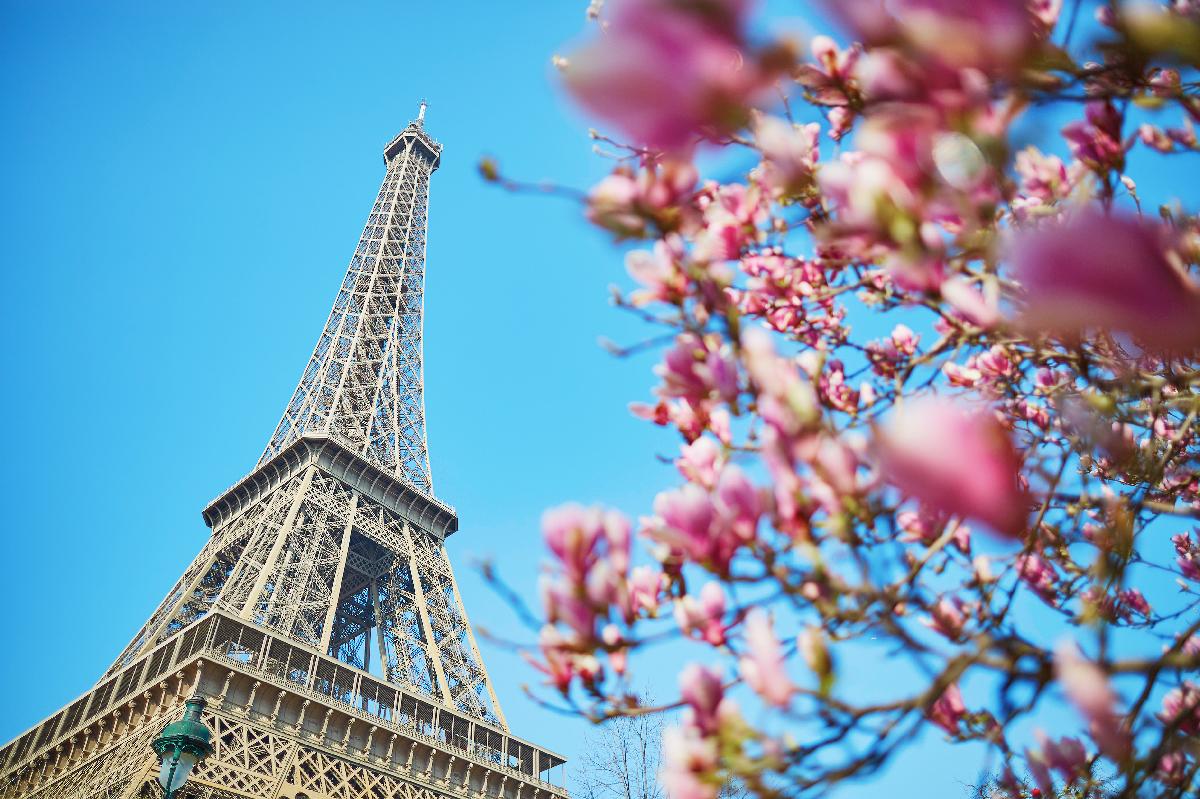 The Parks and Gardens are More Beautiful than Ever

There are so many things to do in Paris in the spring that you’ll despoiled for choice, but our favourite activity is exploring the many parks and gardens in the city. Head to one of the most beautiful parks in Paris like the Parc des Buttes-Chaumont. This picturesque park is full of meandering paths, waterfalls, temples and vertical cliffs that will make you feel a million miles away from the chaos of the capital city. 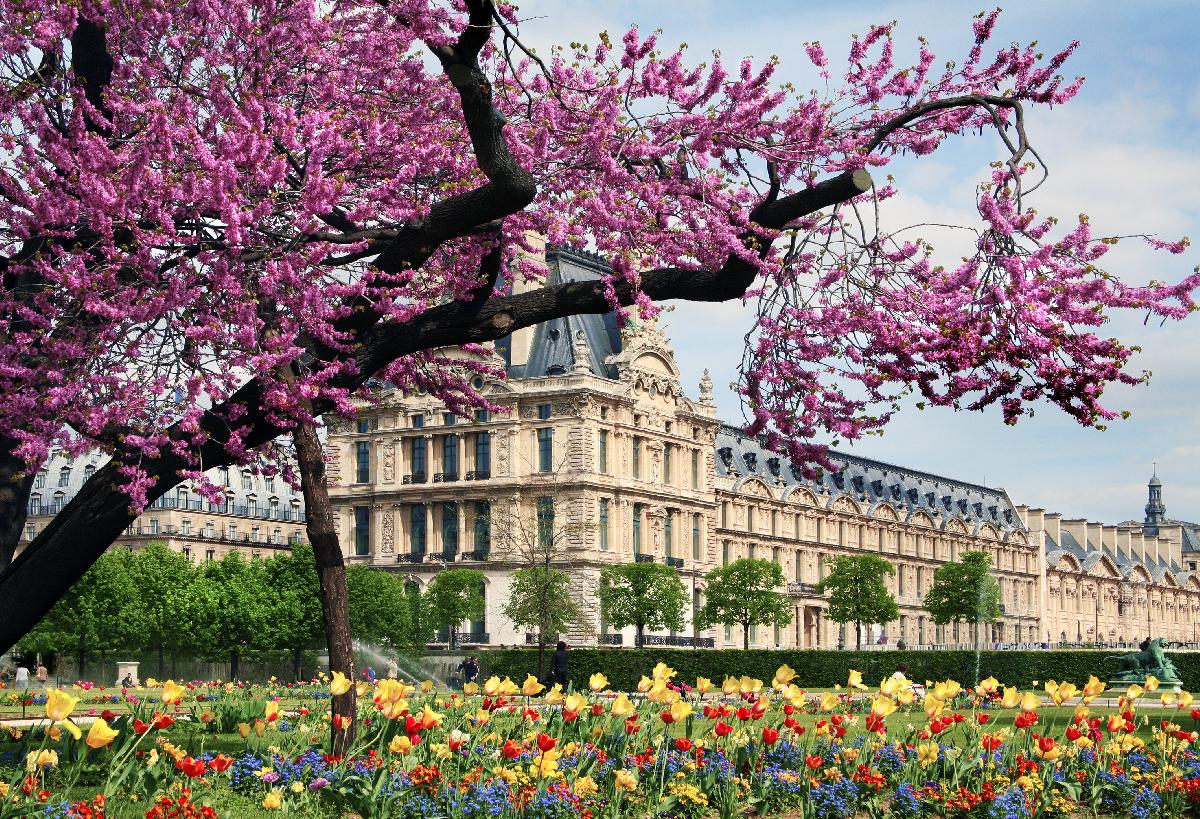 Sunshine is (not guaranteed but) Likely

You’re still in northern Europe, so don’t expect balmy summer temperatures! But spring in Paris is still very pleasant. The temperature usually starts to rise towards the end of March and by May, you’ll be sporting light French style staples such as shorts and a T-shirt. 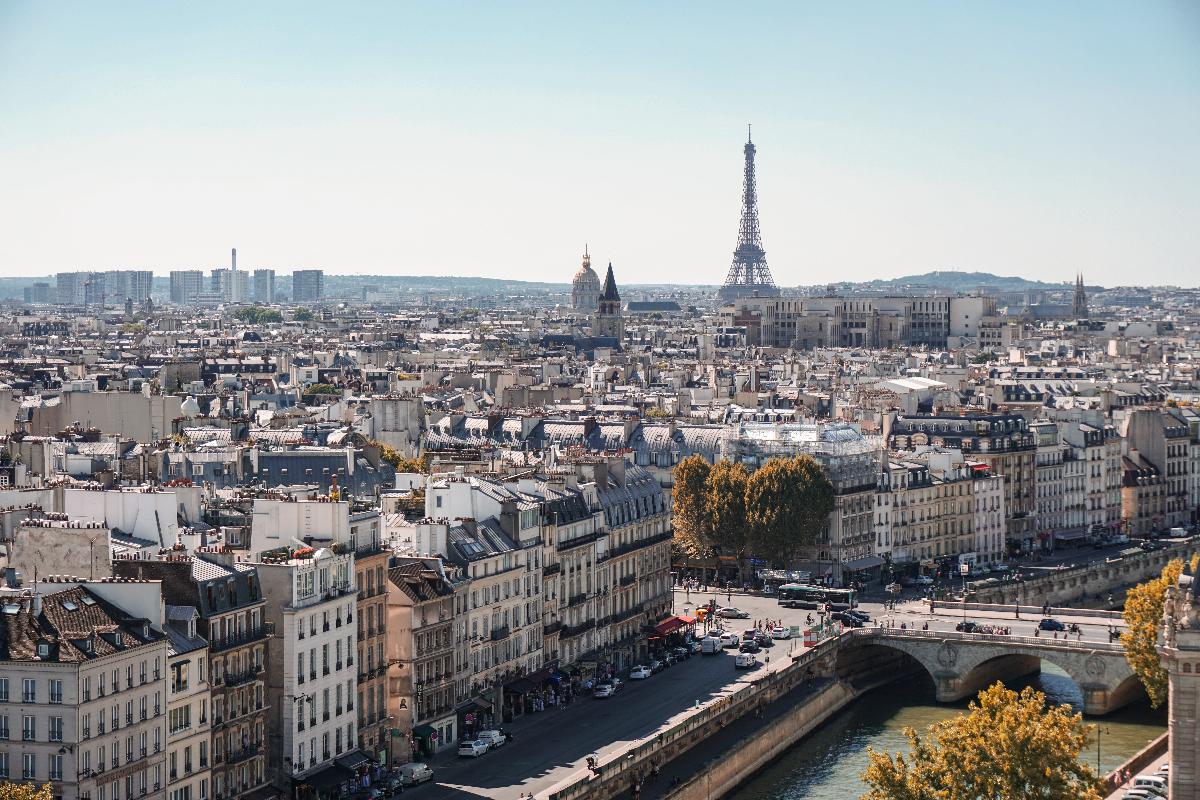 There are Fewer Crowds

The majority of tourists visit Paris either over the busy Christmas period or during the summer. So spring can be a nice quiet time to explore and see more of the local life here in the city. Make the most of the thinner crowds and choose a luxury apartment near the Paris city centre so that you’ll have all of the city’s main attractions right on your doorstep. You could even live out every Francophiles fantasy and get an apartment with an Eiffel Tower view. 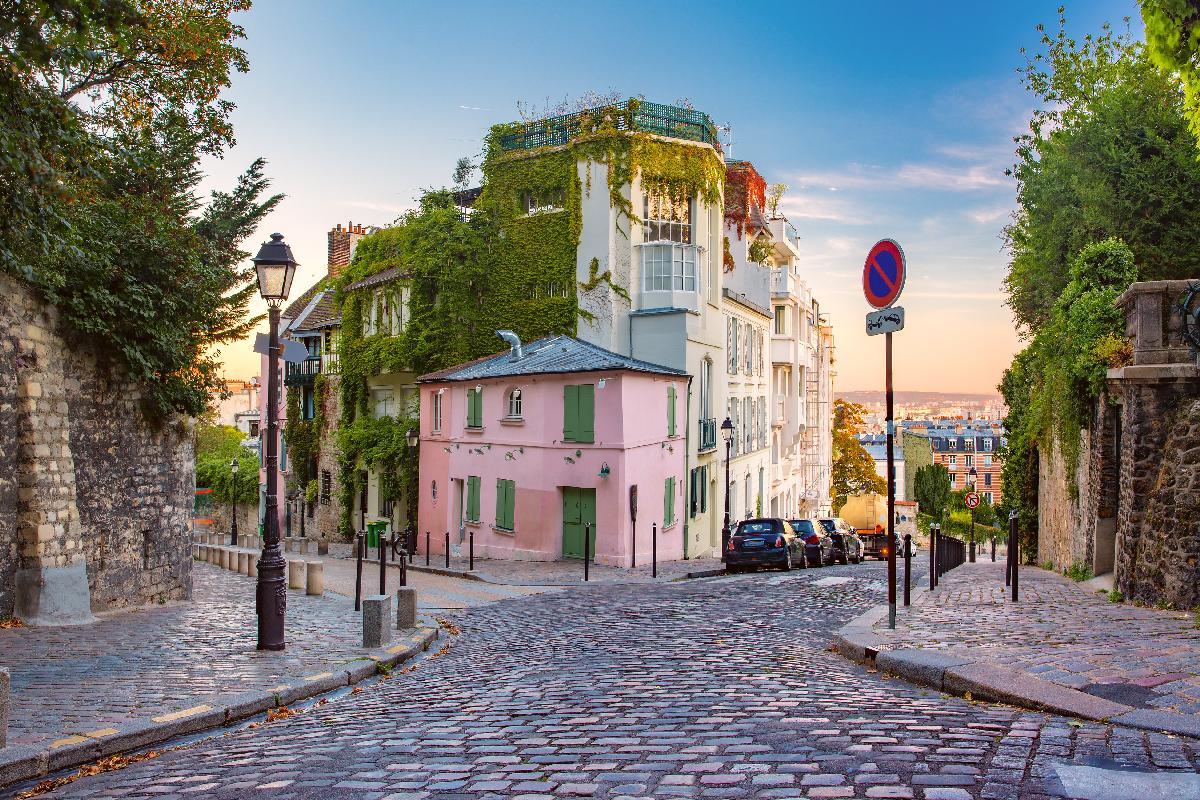 You can Enjoy the Al-Fresco Café Culture

At the first signs of sun, Parisians head outside, taking up residence at pavement cafes, sipping wine, and generally looking chic. There is no shortage of al-fresco dining in Paris so whether you want a nice glass of red or a full-blown meal, you’ll be spoiled for choice for terrace cafes. Take a book and enjoy watching the world go by as you while away an afternoon. 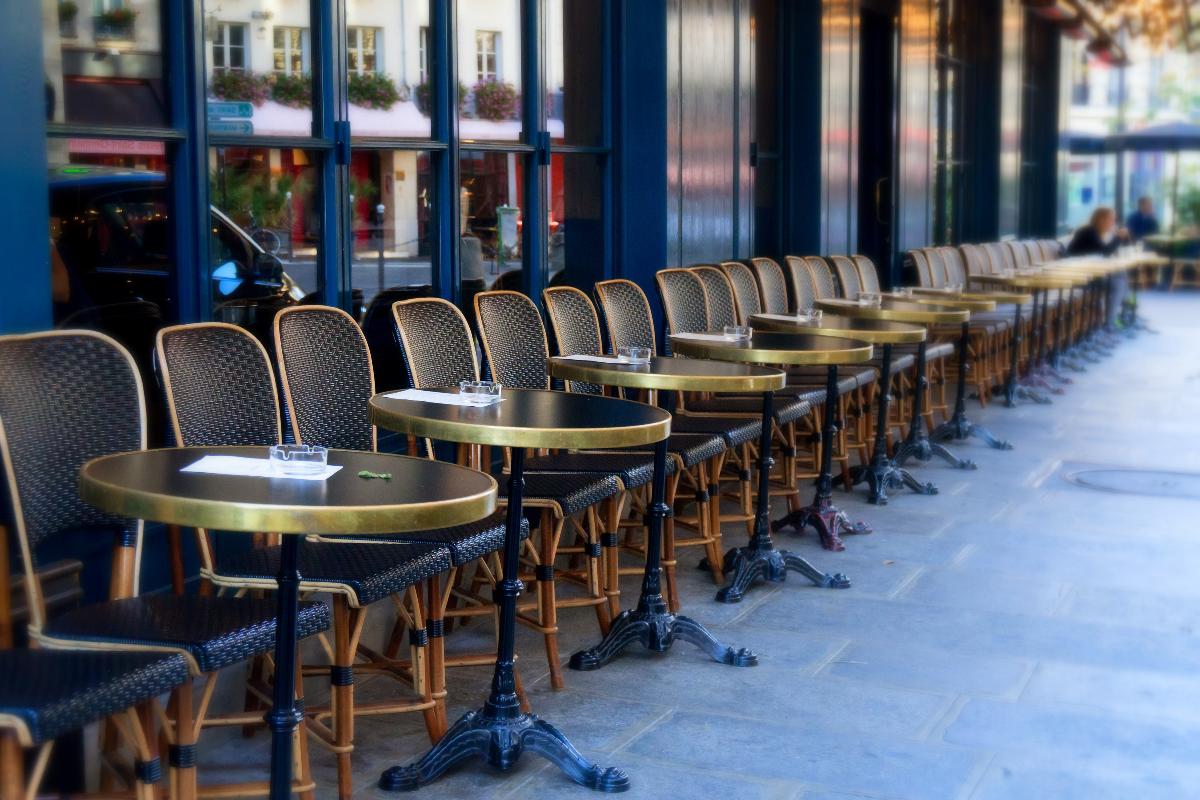 Dressing like a Chic Parisian is Easier in the Spring

If you want to know how to dress like a Parisian in spring then the best option is to head to Paris and take your cue from the locals. From designer duds to vintage hand-me-downs, Parisians know how to dress! You’ll see men and women looking impossibly stylish in their Breton tops and loose tailoring and no doubt start feeling terribly uncool. But trust us, it’s easier to look cool in the spring than it is in the summer. 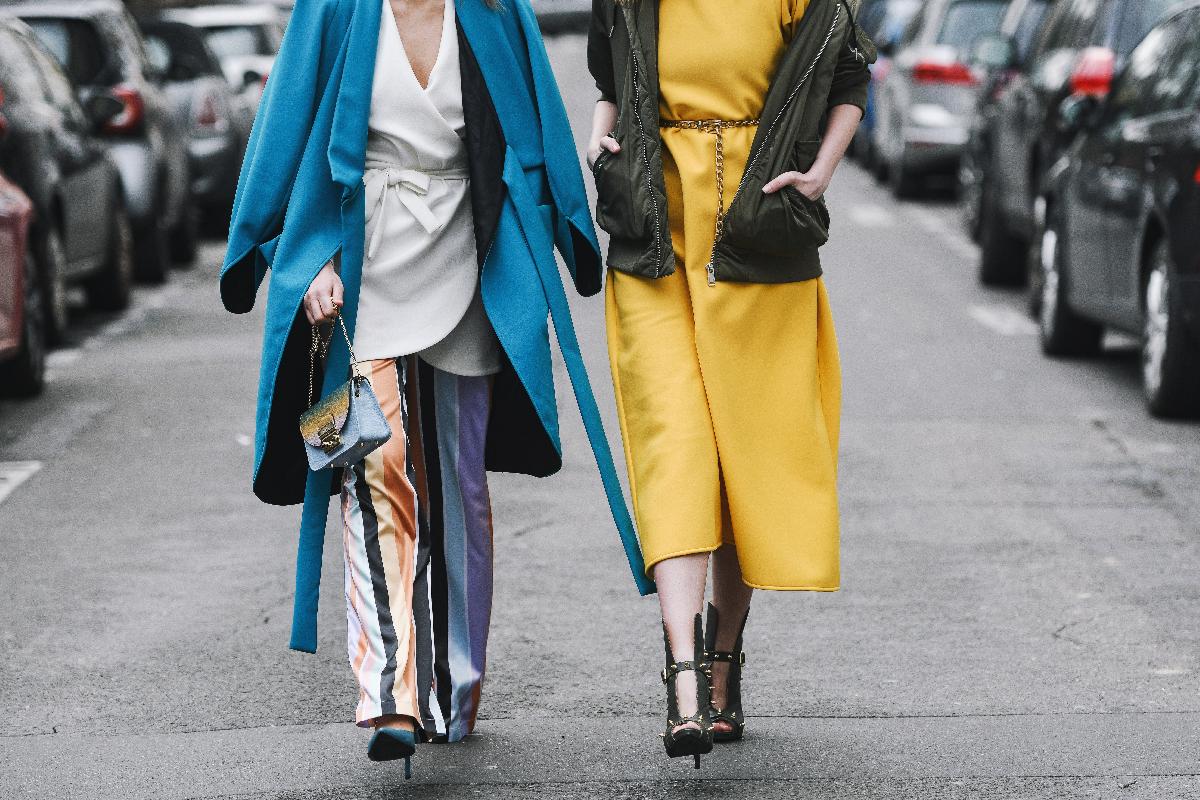 Browsing the Markets is Nicer with the Sun on Your Face

Paris is blessed with so many fabulous markets but unless the sun is shining, they’re not that much fun to wonder around. So once spring has sprung, it’s the perfect excuse to get out and about and browse the markets. Explore the best farmers markets in Paris or head to some of the street food halls in Paris to pick up some delicious things to eat. 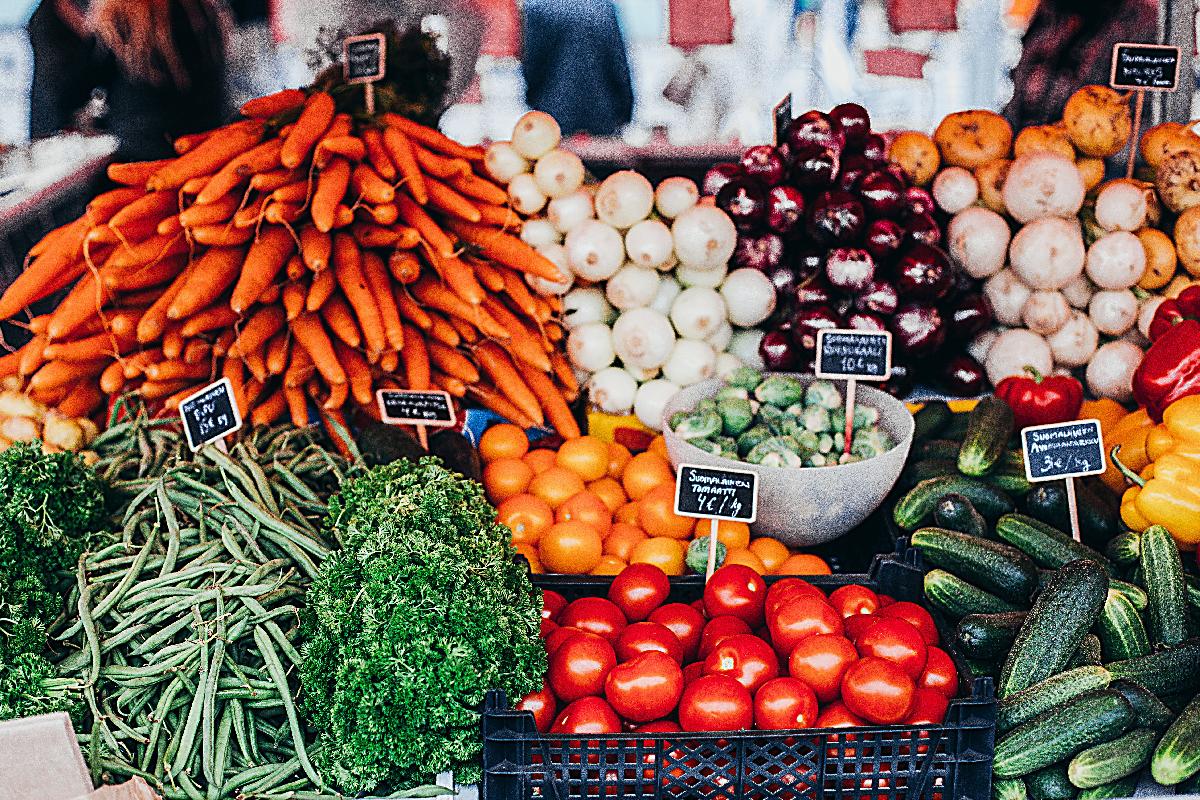 Because the crowds are thinner, that means the queues are shorter. So make the most of this and get yourself along to Paris’s most iconic sights. You could still book ahead for major attractions like the Eiffel Tower and the Louvre, but thanks to the smaller visitor numbers you won’t be waiting for hours like you would be in summer. 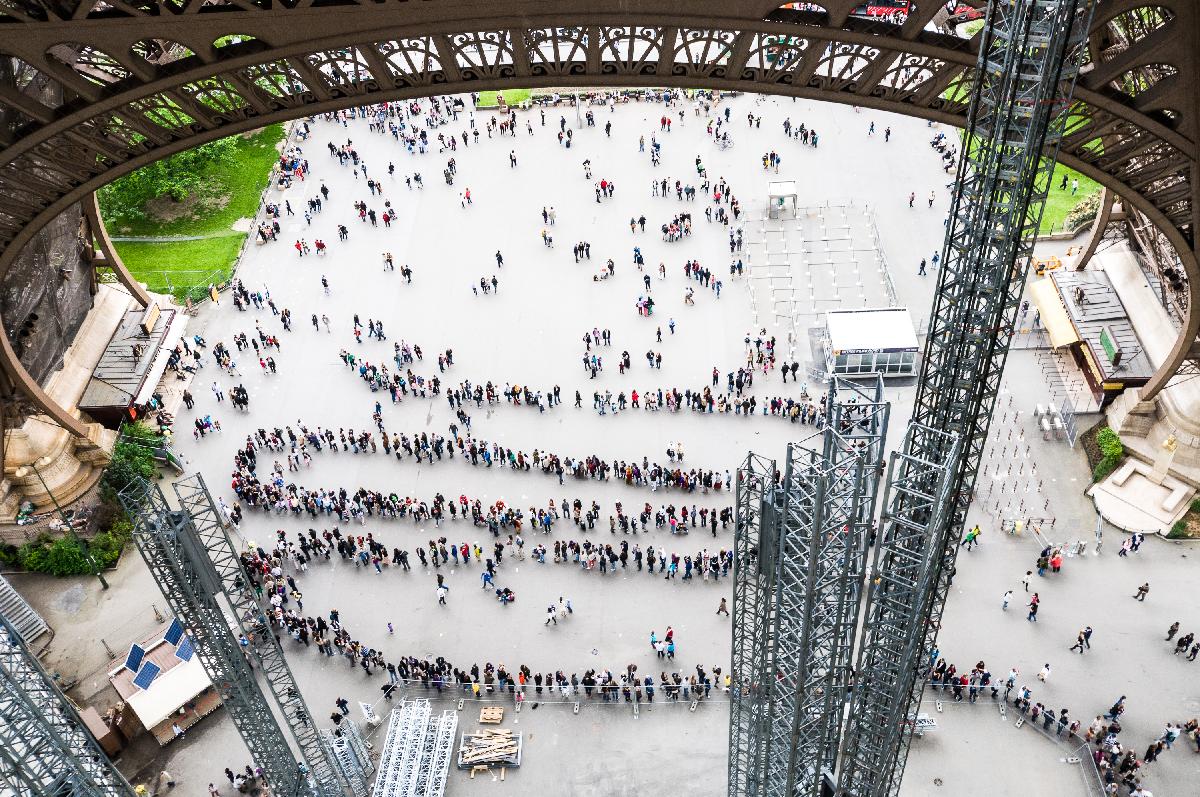 You Can Make the Most of the Bikes and Boats

No need to get the metro in spring, you can instead get around Paris using the bike network or the taxi boats on the Seine. Walking is also a great option in spring as it’s not too hot so you’ll be able to pound the pavements, seeing the sights without working up too much of a sweat. 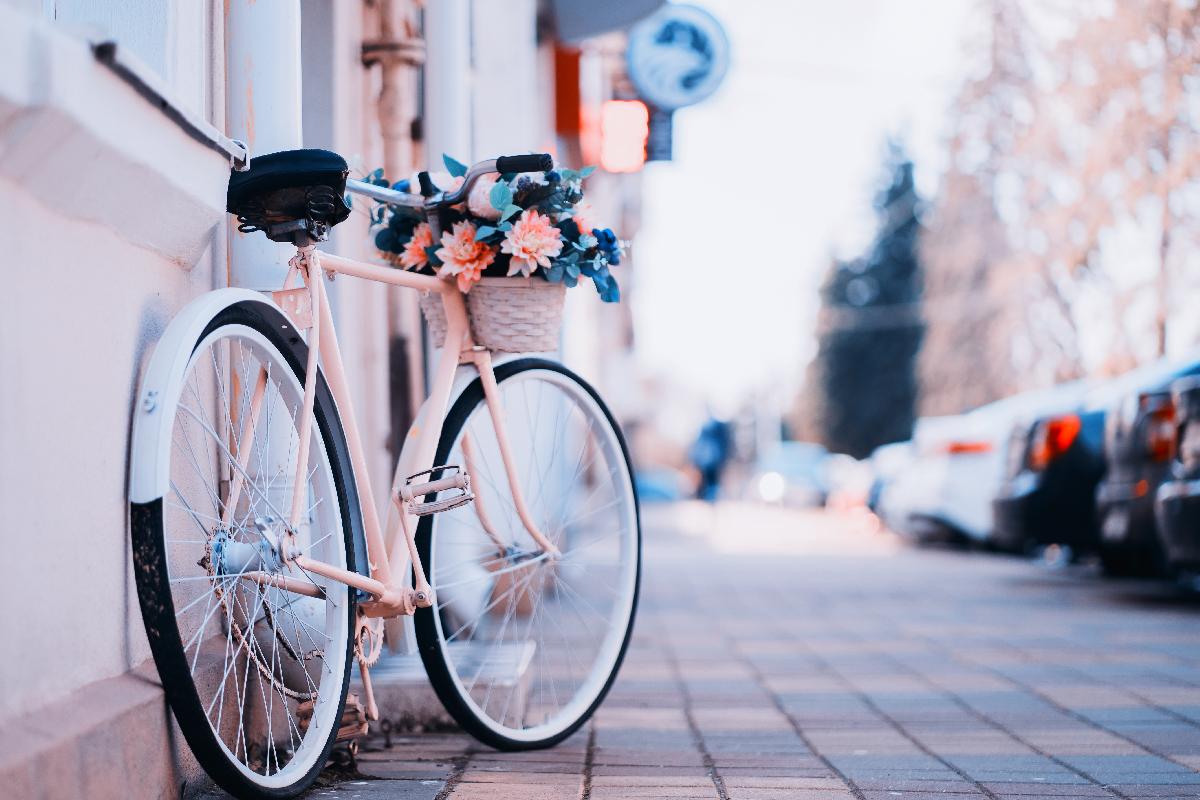 You’ve seen the photos of couples frolicking on the grass in front of the Eiffel Tower in the sun and that could be you! As soon as the sun shines, Parisians dust off their picnic blankets and head for the nearest fromagerie to pick up some cheese for an al-fresco lunch. Make your way to one of the best grocery shops in Paris and stock up on some French delicacies before claiming your spot on the grass. You could even seek out one of the best bakeries in Paris and grab your baguette for the ultimate French picnic experience. 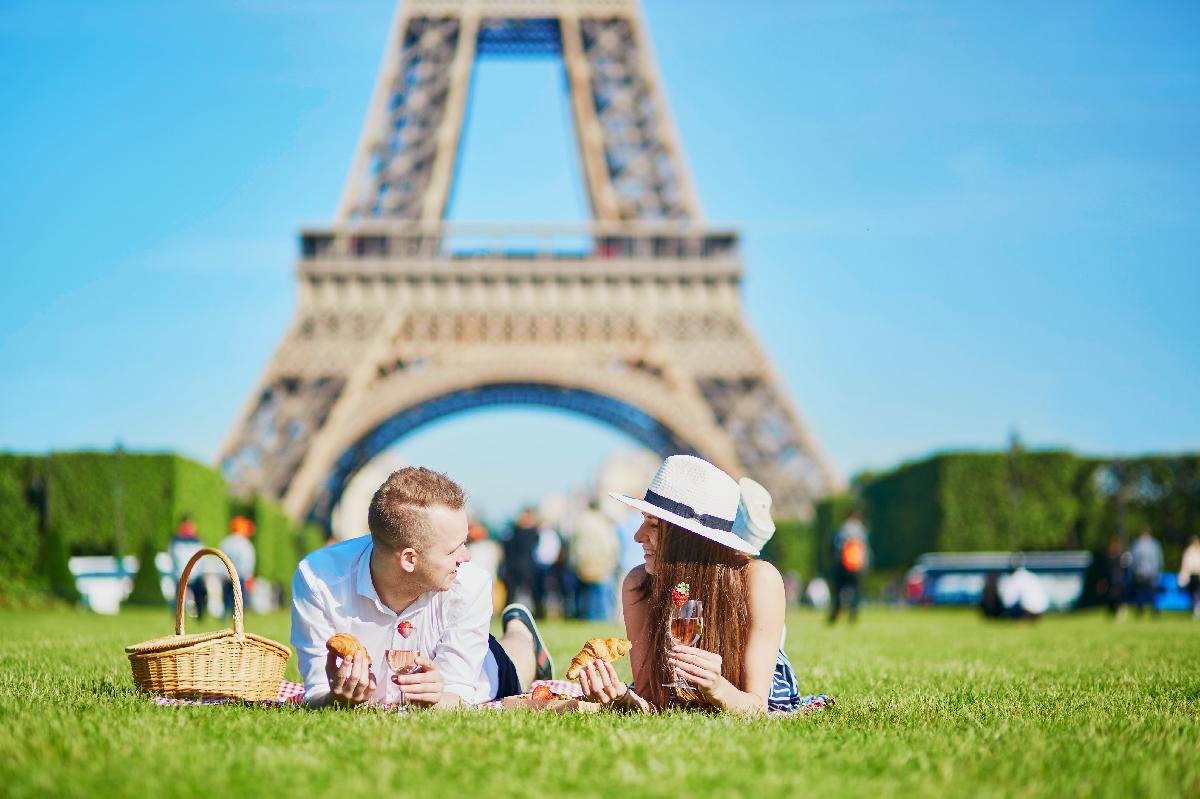