The best street food halls in Paris for delicious eats

Paris may be the birthplace of fine dining, but it comes as no surprise that it also has some of the best street food in the world. At it's covered markets, it's common to find international street food vendors rubbing shoulders with the finest local fresh produce purveyors. Whilst charcuterie, cheese, and freshly baked breads are the best street food France has to offer, and this is no bad thing, there's so much more to be discovered in some of Paris food markets. Here's our guide to the most delicious eats in the street food halls of Paris.

Marché Saint-Honoré in the first arrondissement  is more of an artisanal market where you'll find fresh fruit like Gariguette strawberries (the legendary French variety that's juicier and sweeter than your usual supermarket berry) alongside vegetables and other standard market fare like pastries, bread, and freshly made French ready-meals. But, hidden within is one of Paris' best street food vendors – Cantine California. Imported from San Francisco, Cantine California is Paris' first organic burger and taco truck. The patties are juicy, and the burger buns substantial, and surprisingly there's great vegetarian options too. A warning though, get to the market before 3pm when it shuts or you'll miss out. Don't fret though, the square houses some other great street food – Big Fernand sells burgers that are almost as good as Cantine California's, whilst the meatball sub from Café des Abattoirs is no bad thing either.
Address: Place du Marché Saint-Honoré, Paris 75001 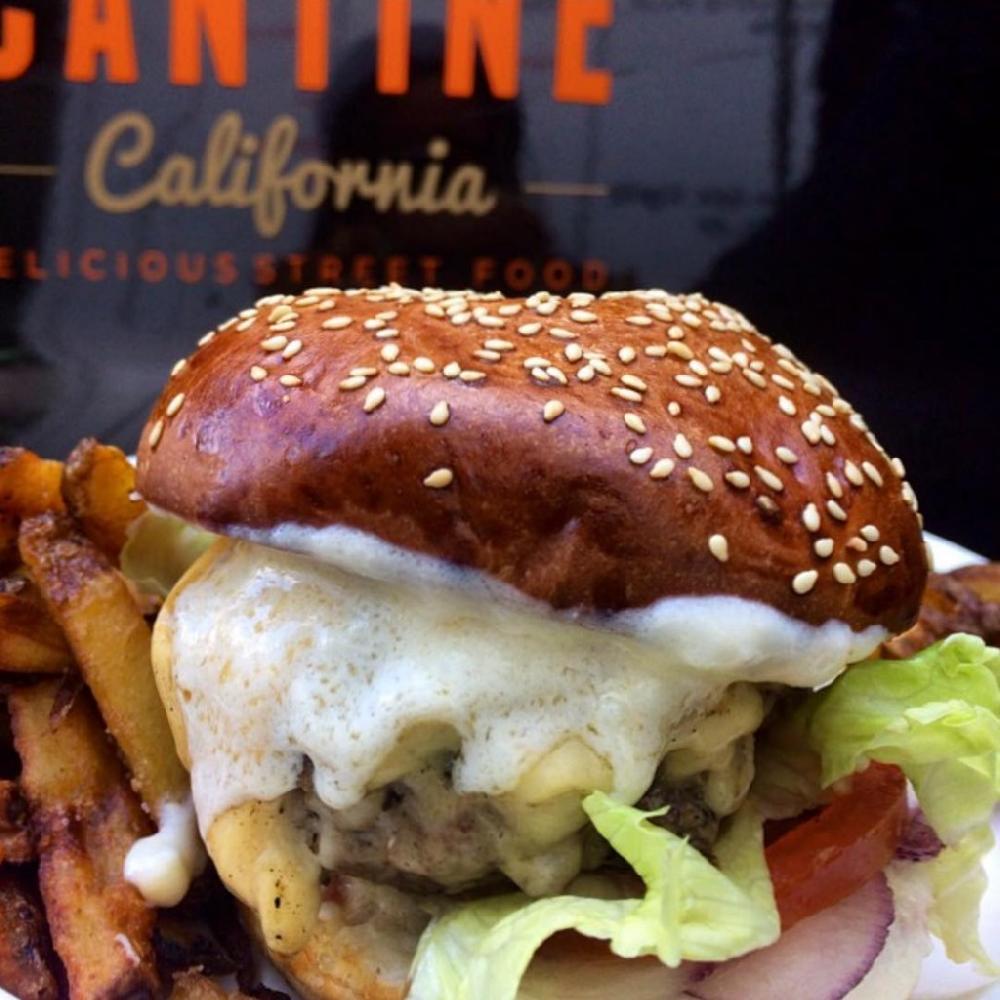 Perfectly placed between Gare du Nord and Gare de l’Est, Marché Couvert Saint-Quentin is the ideal stop for a final pre-train meal or safe arrival feast. If you're looking for that last glass of wine, head to Bistro Saint-Quentin before grabbing supplies for the train. Alternatively, with plenty of seating and tables it's easy to have an impromptu picnic after purchasing cheese, charcuterie and a crusty baguette. Or, for a meal more typical of Portugal, head to Chez Silvana for delicious rotisserie cooked meats like suckling pig, alongside small plates of fresh seafood. Personally though, we come here for the African and South American street food – Alegra Brasil serves up a mean black bean stew, whilst Oh Africa is the perfect introduction to Sengalese yassa chicken.
Address: 85 bis Boulevard Magenta, 75010 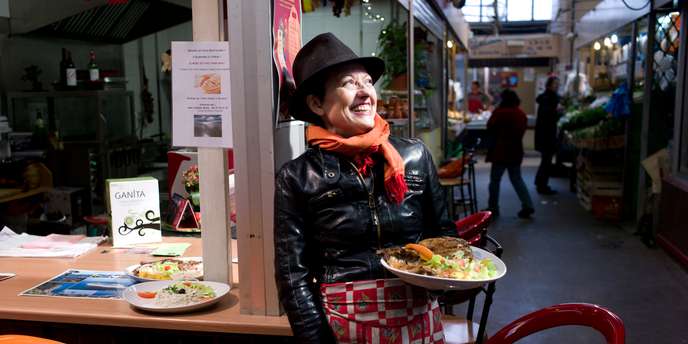 Founded in the 1628, Marché des Enfants Rouges is the oldest covered food market in Paris which also makes it also one of the best for street food. From French cheese covered burgers at Burger Fermier, to bento boxes-to-go from Japanese Chez Taeko, there's a whole world of food to be discovered under one roof. Our personal favourites include Corossol where Afro-Carribean flavours collide with Cajun cuisine, and Alain Miam Miam's organic crêpe stand where people queue round the block for a taste of his cheese and ham toasted panini's and pancakes.
Address: 39 rue de Bretagne, 75003 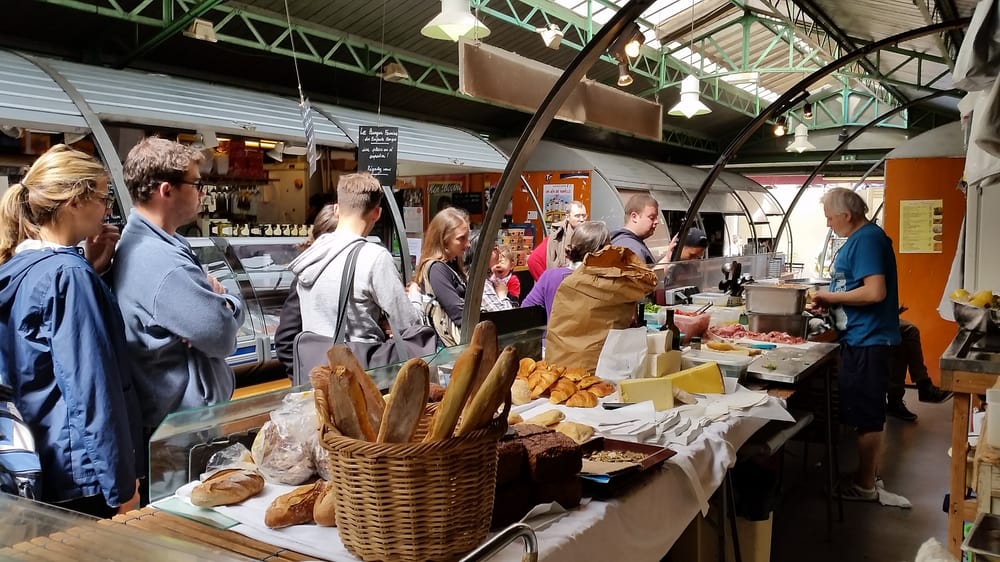 Established in 1859 with its distinctive white stone arch, Marché Couvert Saint-Martin is one of the last remaining five covered markets in Paris and is adored by locals and tourists alike for its Baltard (one of France's most beloved architects) style architecture. Take a moment away from admiring the building however, and you'll find some of the most exciting food in Paris. Lock your eyes upon the seafood counter at Les Viviers de Noirmoutier and we guarantee you won't be able to leave without trying at least a dozen oysters, followed by a seafood platter. When the shellfish is this fresh, it'd be rude not to. Ama Dao on the other hand is the Cambodian noodle stall where everything is most certainly not raw, having been cooked to smokey perfection in a blindingly hot wok. Le Réfectoire is a bonafide French hotdog truck that churns out juicy burgers too, but not as good as those at Allen's Market – the sister restaurant of Joe Allen – where the caesar salad is as good as the burger.
Address: 31 rue du Château d’Eau, 75010 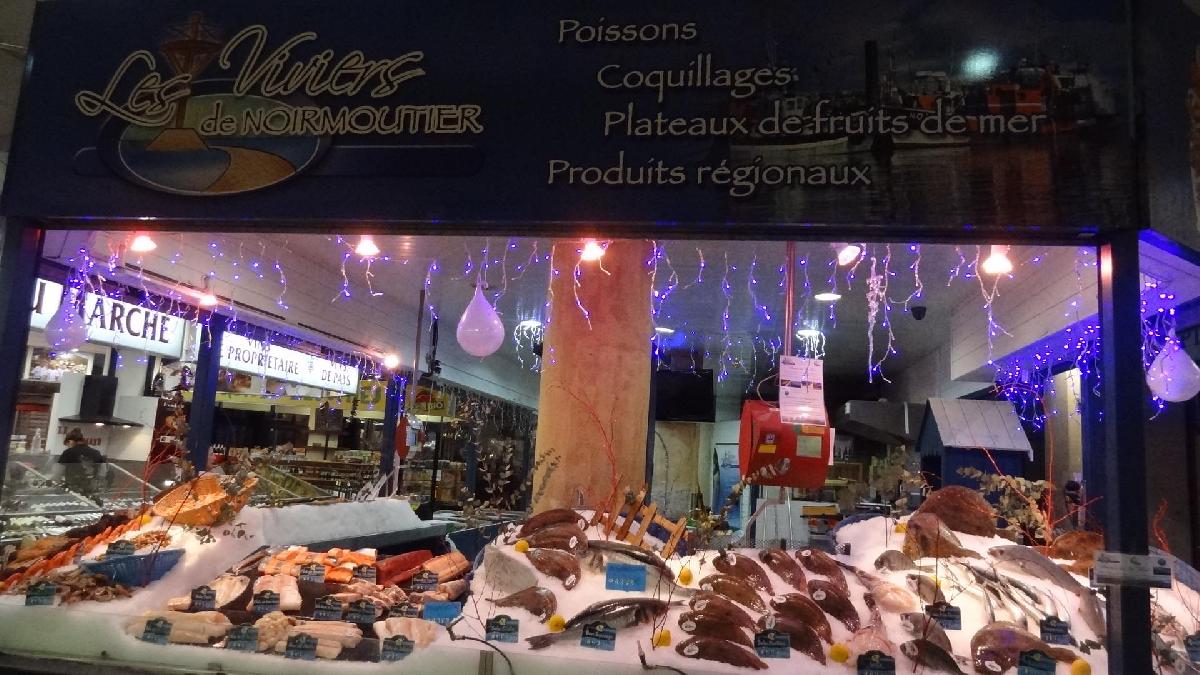 Marché Couvert des Batignolles can be found on the edges of the 17th arrondissement, it's a long way from the touristy centre of Paris, but we promise a visit is worth it. The market and its surrounding area give you a good glimpse into authentic Parisian life away from the hubbub of the more trendy neighbourhoods. One of the other great things about this market is that it's on 6 days a week, so there's plenty of opportunities for you to get there. With international food purveyors from places like Lebanon and Morocco, you won't want to miss out. Edgar is a Lebanese deli that bakes the perfect flatbreads, which are ideal when used to mop up their various spreads, dips and salads. There's also Japanese home cooking, and rustic grilled meat dishes, as well as Italian pizzas and pastas. But, one of the best food stalls in the market is My Kitch'n – a vegan snack bar and restaurant which is perfect for grabbing a smoothie or salad to consume in Parc Martin Luther King.
Address: bis rue Lemercier, 75017 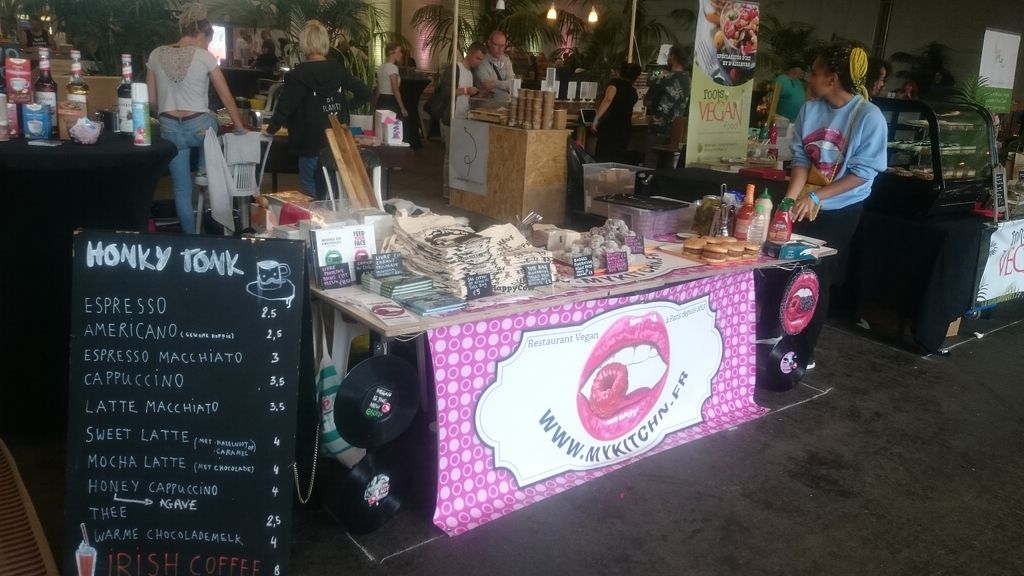