One of the best parts about traveling the world is getting to know what different cities offer. Sure, some cities are more known as others—especially the food capitals of Paris, London, and Rome— but there are those that are underrated and deserve just as much attention. Budapest is one of them. Apart from offering up some of the best Hungarian dishes in the country, many places in this city also offer their own twists to other cuisines. Who knows? You might even like theirs better than in the actual countries! So to help you out, here are some of the city's most delicious hotspots. 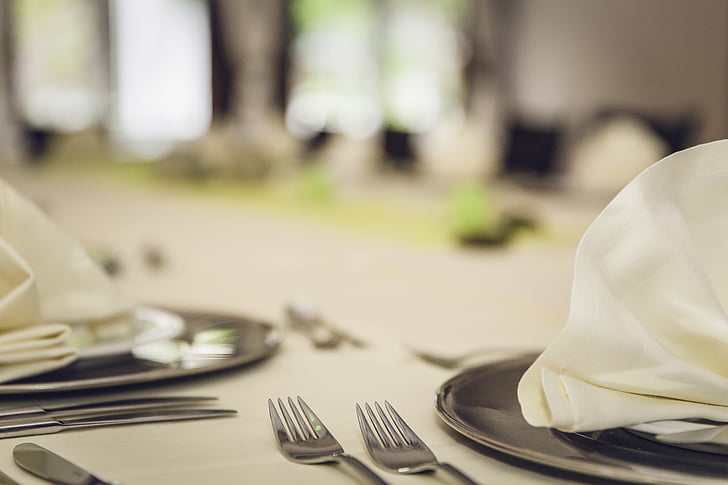 If it's authentic Hungarian cuisine you want, then go to Börze Budapest in the city's downtown area! Chicken paprikash and túrógombóc dumplings are just some fo the local dishes you'd want to order here. Though its sleek ambiance makes it look like quite the dinner hotspot, the place is actually more popular for the breakfast rush than anything else. With a cozy terrace setting right out front, who wouldn't want to spend a crisp Budapest morning eating a hearty meal here? After all, breakfast is the most important meal of the day, right? It's only natural that you'd want your food to give you the right kick! 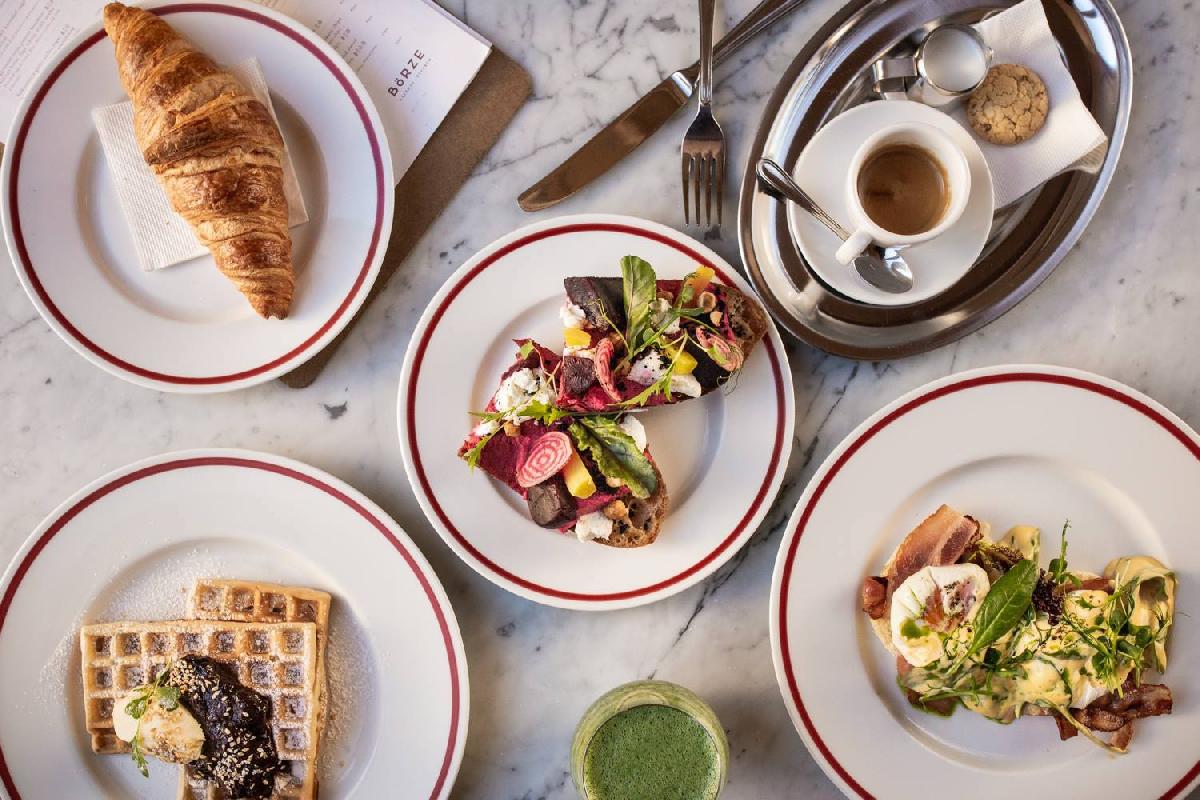 Just right around the corner from one of the city's most famous tourist sites, St Stephen’s Basilica, Café Kor isn't your typical coffee shop. In fact, people go there for more than just a cup of coffee. It's the Hungarian dishes that have them coming back, especially during lunch and dinner. Don't get it twisted: their coffee is still good! But it's the flavorful chickens, savory meatballs, and sumptuous salads that make this place a must-visit for traveling foodies. And with such affordable prices, your dining costs here won't cost you a lot of money! 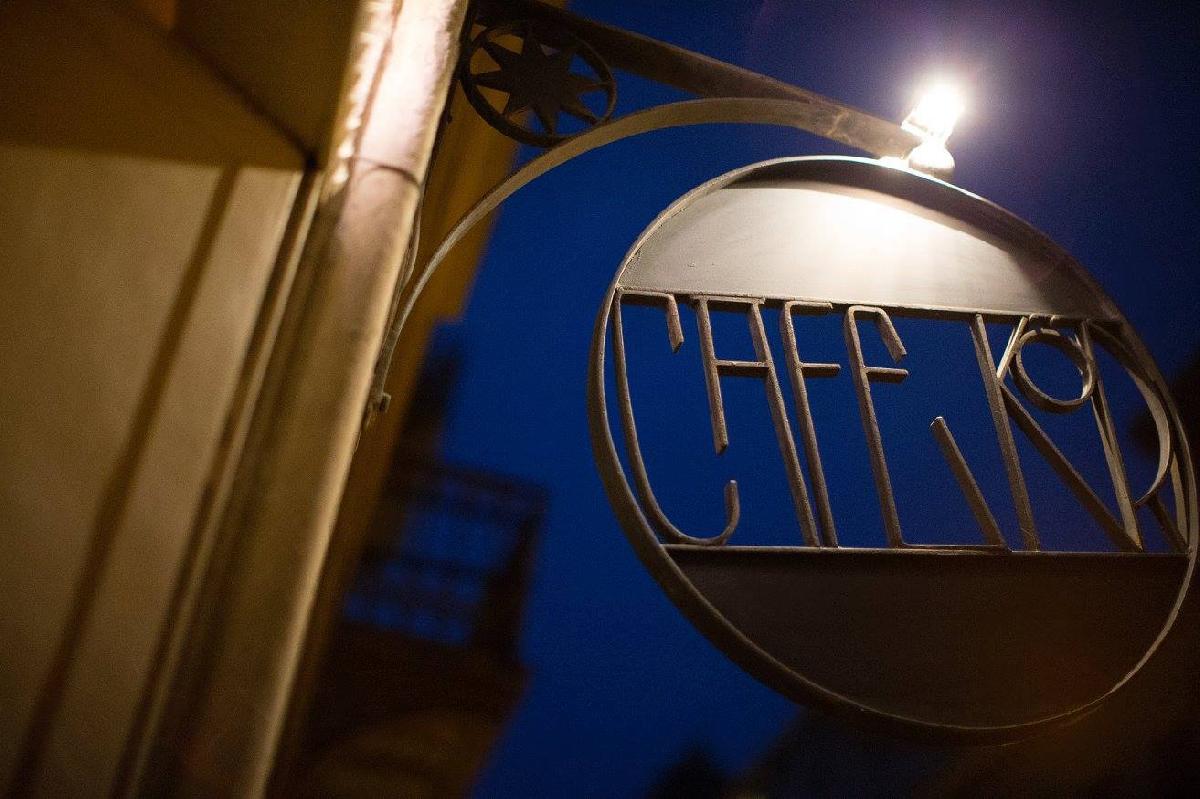 As already mentioned, part of what makes certain cities exciting for foodies is that they get to explore how the place can twist and turn another country's cuisine. Take Divin Porcello, for instance. Don't expect hearty Hungarian dishes here, that's not they're specialty! Instead, watch out for the insanely delicious Italian menu, full of pizzas and pastas that can almost rival those served in Rome. Their duck pasta is notably flavorful, tasting just like how an old grandmother in Sicily would make it for her kids. Add to that a small part of prosciutto and cheese and you've got yourself quite the sumptuous feast! 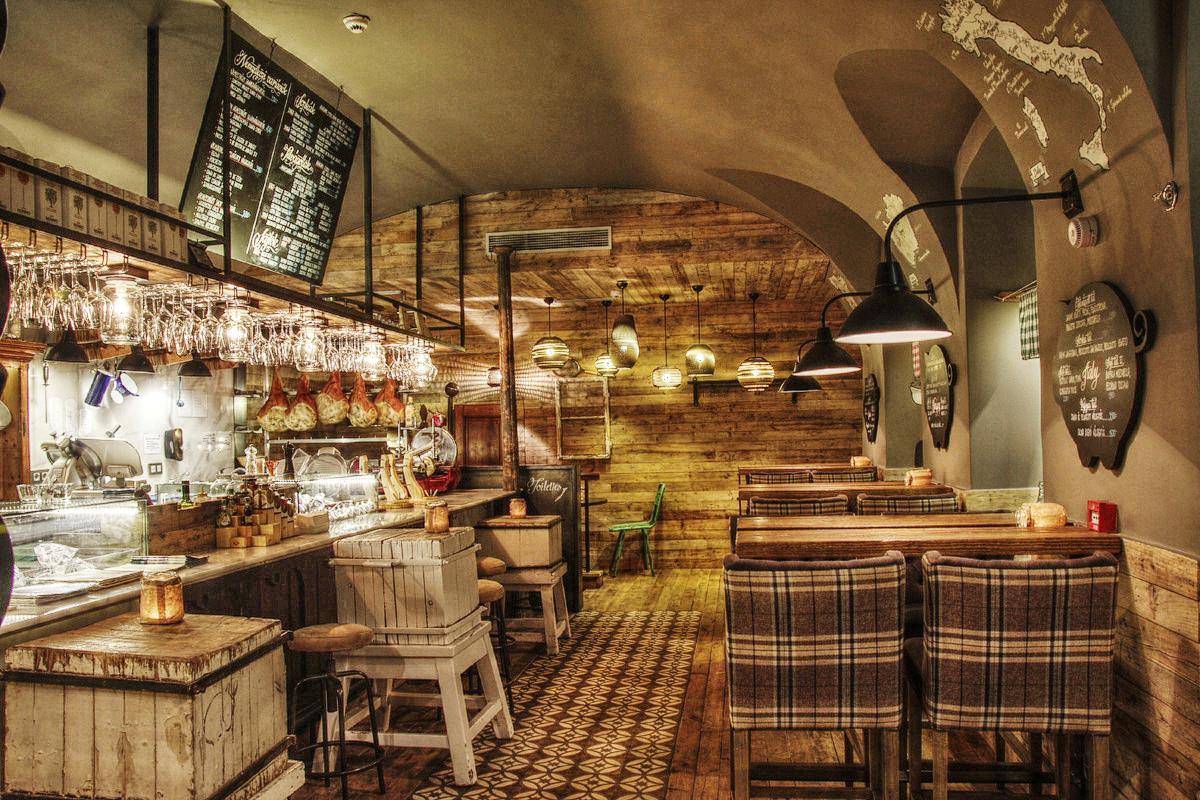 With its prime location in the Castle District, one of the more upscale neighborhoods of Budapest, dining in Felix will give you a feast for the eyes as it will provide a feast for your stomach. Imagine savoring their many dishes while you look over the many classical structures that populate the Hungarian capital. As for the food, expect Hungarian classics to tantalize your taste buds, be it some expertly made goulash soup for starters, delicious schnitzel for the main meal, and a sweet serving of Arany Galuska for dessert! You're already salivating just reading and thinking about it, aren't you? 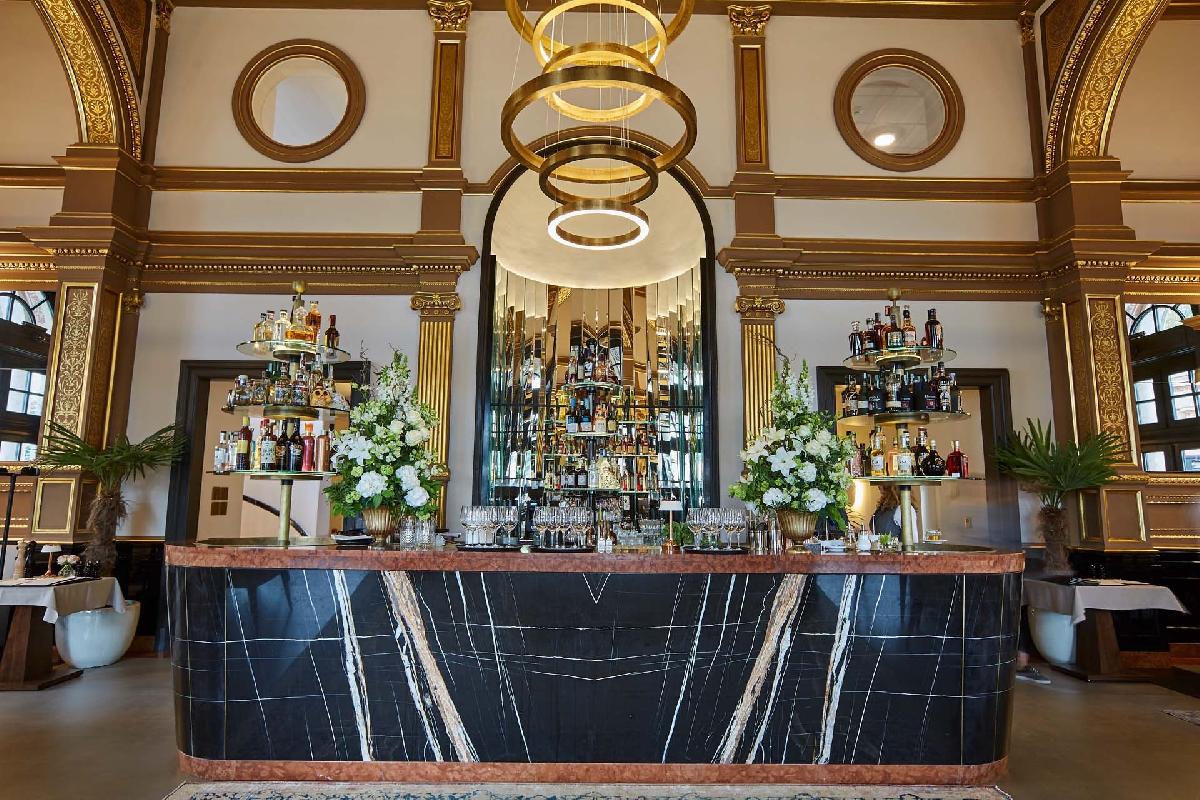 Just by its name alone, you're probably imagining a Medieval tavern-like place run by a stern-looking fraulein, aren't you? Well, that's not exactly the case for HILDA. Far from it! This trendy culinary hotspot in downtown Budapest is actually one of the more fashionable places on this list. Its ceramic decor gives it quite the Mediterranean feel, a unique vibe compared to the other restaurants and bars in the city. As for the menu? It's a celebration of Hungary's best dishes! Headed by the famous chef Mátyás Igaz, you're guaranteed to savor everything you order in this beautiful establishment. 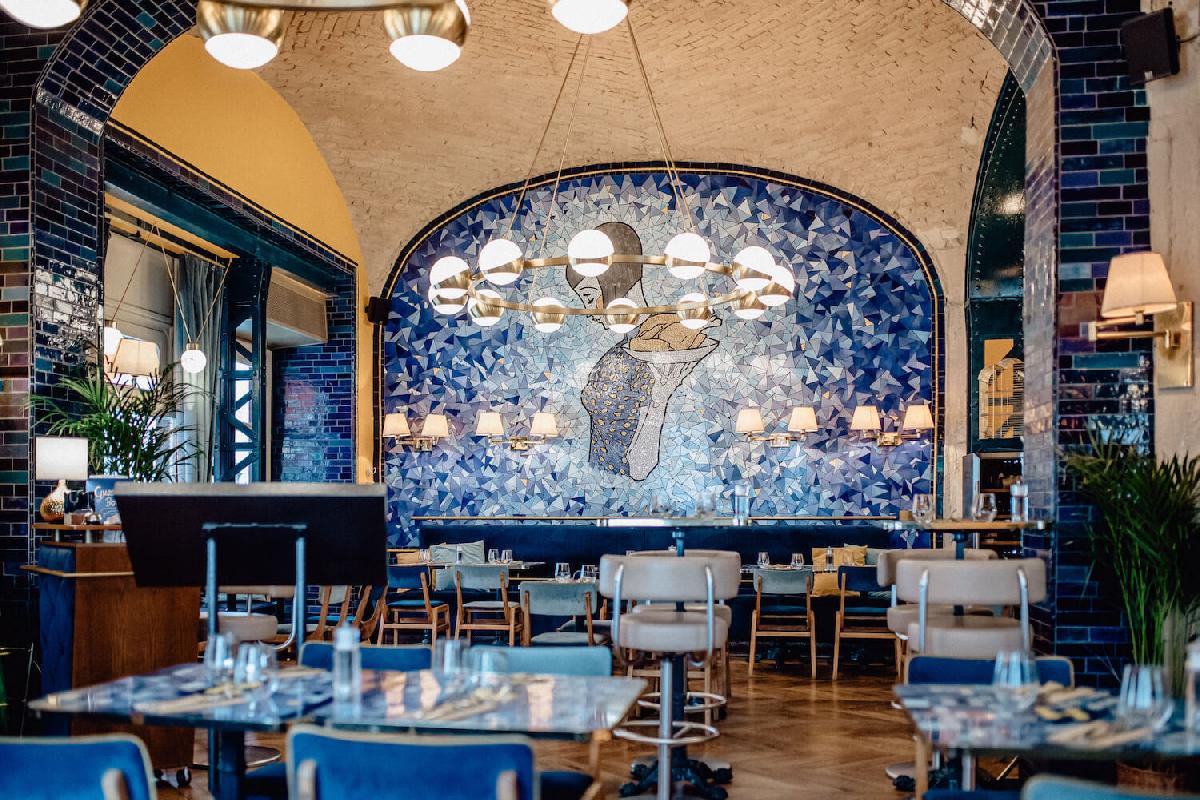 A glass-roofed structure, a nice space filled with botanical bliss, and a fusion menu of Israeli and Mediterranean cuisine. What's not's not to love about Mazel Tof? If the name didn't already tell you, this is one of the best Jewish restaurants you'll find in the Jewish Quarter of Budapest. It's also one of the trendiest and most elegant culinary hotspots in the city. The type that you'd want to go to for a nice dinner with friends after work, probable for some sort of celebration. And during this meal, you can enjoy some zesty salads, rich shwarma dishes, and even a falafel burger too! 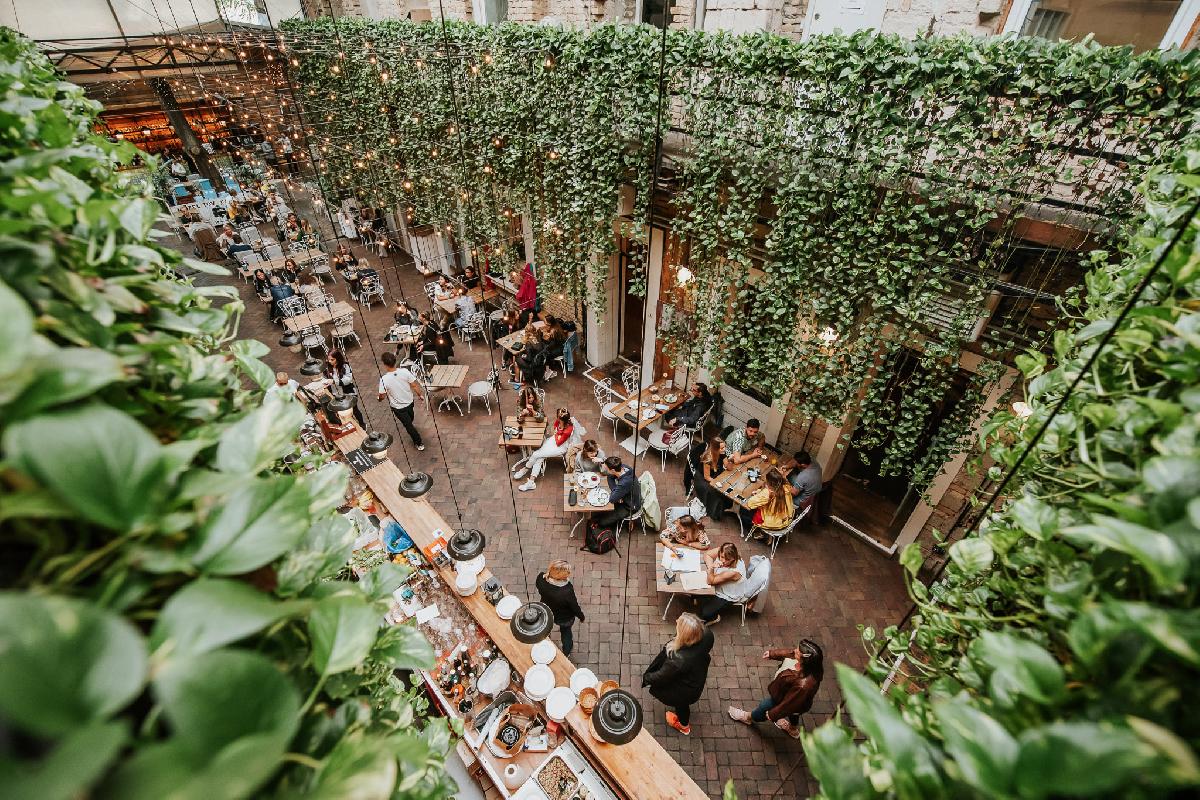 Ironically, it's the places that serve Hungarian dishes that have the swankiest spaces on this list. You'd expect that restaurants that serve the country's cuisine would look more humble right? Well, at least that's the case for Menza, a nice culinary hotspot around Liszt Ferenc Square. Evoking a traditional European diner appeal, this place is a no-fuss kind of establishment where it's the food that does all the talking. Veal paprikash, mákos guba, and some classic goulash soup await those who simply want to taste the best of what the country can offer. Overall, Menza is a nice little escape from Budapest's more overwhelming places. 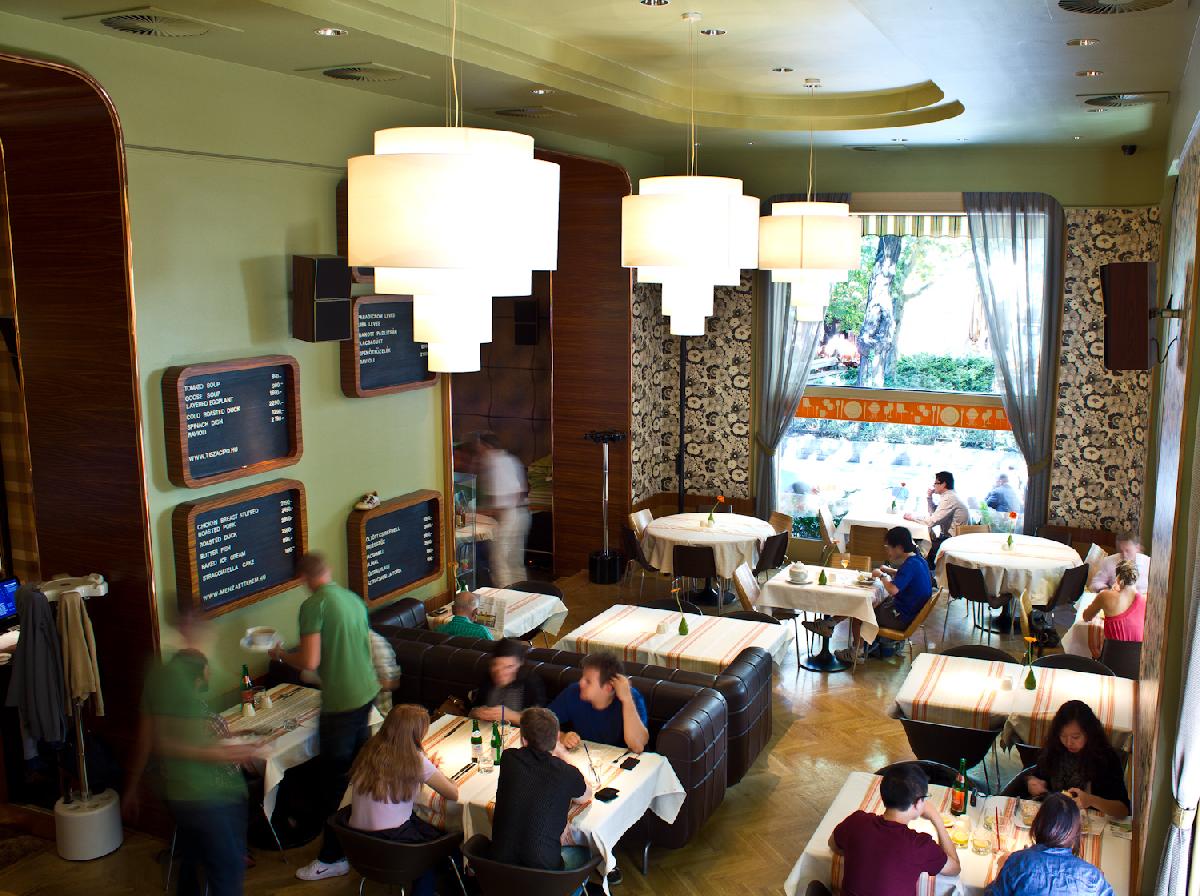 Though if you're really into the glamour of the place, go back to the Jewish Quarter in the city's 7th district to check out Vakvarju E’tterem. The elegant ambiance, complete with some quilted plush seating and mood lighting, adds to the whole experience fo fine dining in the Hungarian capital. But what about the food? There's arguably no other place you'd want to enjoy seafood in better than this restaurant. Salmon, trout, shrimp, and other saltwater delicacies are served with the right spices and flavor to zest up your meal in more ways than one! Ready to take a bite? 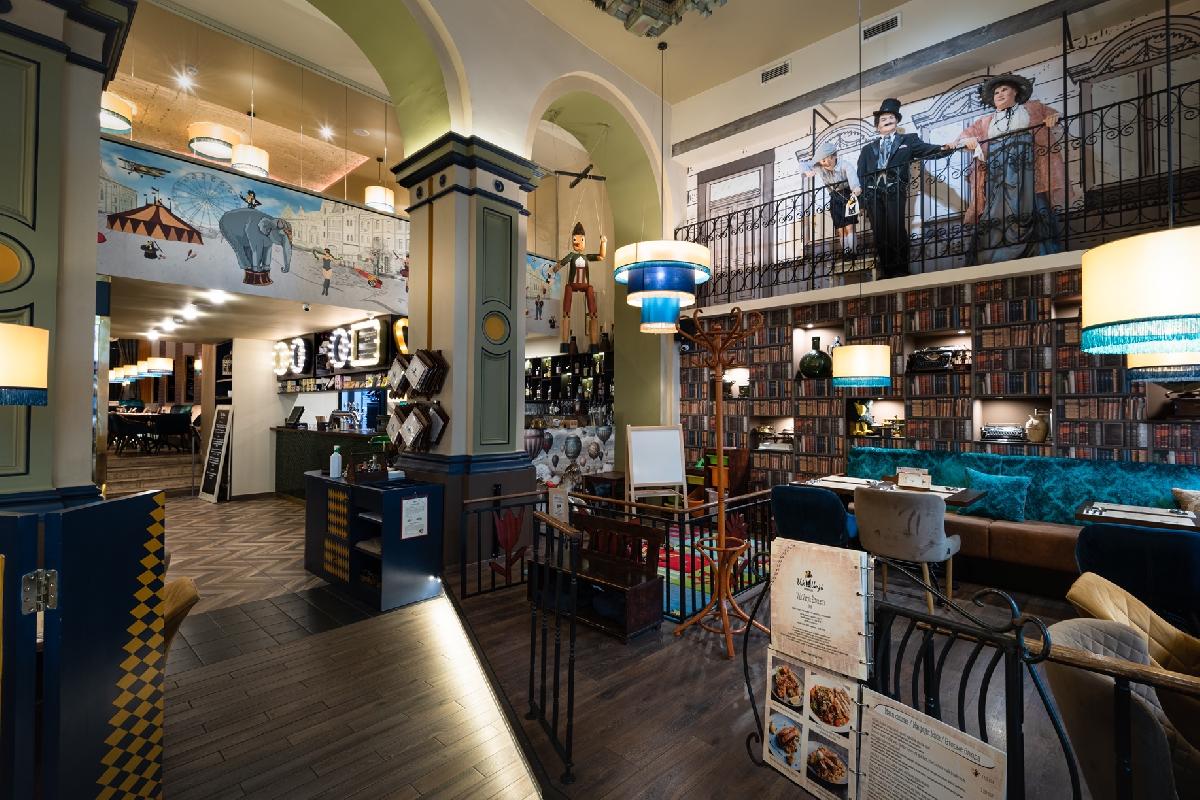 At times, you just ahve to forego the more famous food capitals and explore other cities and what their culinary hotspots have to offer. At least, here Budapest, you and your taste buds won't end up disappointed at all, no matter what you're craving for!

Similarly, the luxury homes here in Budapest don't disappoint either! They're the perfect accommodation for your stay here!