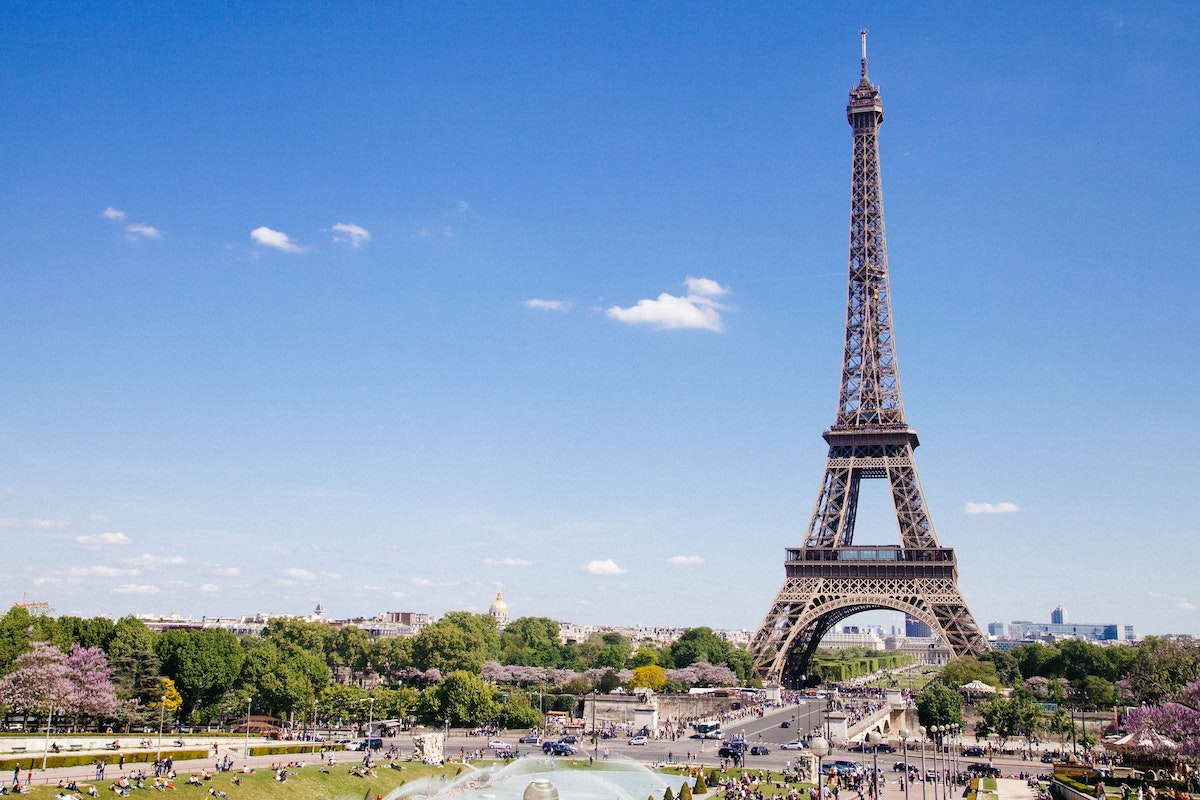 Located in the 8th arrondissement is this Paris luxury two-bedroom apartment with contemporary and cozy interiors that was recently refurbished for your comfort. It lies on the fifth French floor of a building along rue Cambaceres, and it is situated within walking distance from the most famous Parisian boulevard, the Champs Elysees, giving you access to a string of establishments for a hassle-free vacation. The apartment itself has an area of 82 square meters that contains all the amenities you would need for a luxury vacation in this beautiful city.

Its bright and inviting living area is furnished with a double sofa bed that can comfortably sleep up to two people, a center table, a few armchairs, a decorative fireplace, and a media shelf with a television to help you relax after a long day in the city. A high-speed WiFi connection is also available to keep you connected throughout your stay.

Just a few steps away from the living area is a dining set for six in which you can enjoy the lovely home cooked meals from the kitchen situated in the room just beside the dining area. The compact kitchen is stored within a cupboard, and it contains cooking essentials, including a boiler, a coffee machine, a freezer, a fridge, a microwave, a dishwasher, a toaster, and an oven, that allow you to prepare food at your own convenience. A combo washer and dryer, iron, and ironing board are also placed in the apartment to aid you in your vacation chores.

With two bedrooms and one bathroom, the Champs Elysees - Cambaceres is ideal for small families and groups of friends as it can accommodate up to five people. The master bedroom is furnished with a queen-size bed, two bedside tables, and built-in shelves wherein you can put your belongings. The second bedroom, on the other hand, has two single beds, a bedside table with lamp, and cabinets to provide you with storage space.

Both bedrooms share a bathroom which is fully-equipped with double sinks, a bathroom cabinet, a mirror, and a bathtub with a detachable shower head. The toilet, on the other hand, is placed in the water closet along with another sink for your convenience.

Located in the 8th arrondissement, this apartment is situated within the area of the Avenue des Champs-Elysées, which is one of the most famous avenues in the world. The avenue is lined with fashion houses, art galleries, theaters, cafes, and cinemas, giving you access to numerous establishments during your stay. Boutiques, in addition, are located nearby the apartment, which would allow you to shop and splurge without traveling far.

Excellent restaurants, such as Restaurant Le Baudelaire, Restaurant Lasserre, Les Papilles, and Frenchie Restaurant, are located nearby, along with bars and pubs, such as Roy’s Pub, On the Road Pub, Bugsy’s, and The Cricketer. Cheap eats, some of which include Restaurant l'Inté Caffé, Beijing 8, JJ Restaurant, and Krishna Bhavan Restaurant, can be easily accessed so you need not worry about your meals and entertainment during your stay.

Within the vicinity is the Miromesnil metro station that gives you a hassle-free access to other attractions within the city during your short-term or long-term stay at the Champs Elysees - Cambaceres. Which Bakery in Paris Has The Tastiest Financier?

A financier cake is a light and fluffy pastry that truly brings comfort with every bite. It may not be the most famous French party out there, but a goof bakery in Paris will show just how much of a treat this small but scrumptious cake really is! Cafes in Paris: The Best Near The Louvre

Even though all cafes in Paris are charming in their own right, there's just something about the hotspots near the Louvre that hit differently. They're the best places to take a coffee break before or after visiting the most famous museum in the world.