There's a beauty in the British aristocracy that has hair as bright as the sun, eyes that could pass as sapphires, features that can rival any supermodel, and exhibits an air so distinguished, you'd think she was a queen. By these descriptions alone, you'd think she was Princess Diana, but you're quite near. The woman in question is, in fact, Lady Kitty Spencer, a member of the prestigious Spencer family where the beloved princess came from. In recent years, her beauty, glamour, and sense of style have captivated many, especially those on social media. And she has these exquisite fashion moments to thank! 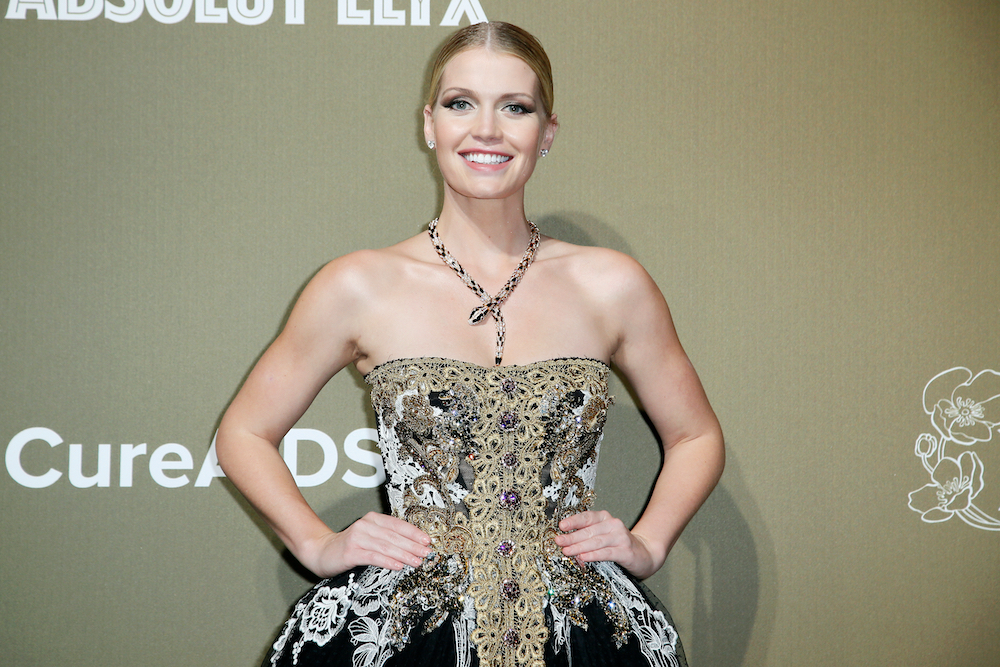 Getting Married in Dolce & Gabbana

Just this past week, Lady Kitty Spencer made waves again when she married luxury tycoon Michael Lewis, thirty years her senior, in Rome. Although the massive age difference was certainly a major talking point, her beautiful outfits, made by the incredible Italian designer duo, Dolce & Gabbana, grabbed everyone's attention. Among her many alta moda looks, the star of the show was her immaculate white lace wedding dress. With a high neck and Edwardian-style power shoulders, she looked like the belle of the ball. Of course, she was the bride, after all!

Her own beautiful wedding wasn't the first time she donned Dolce & Gabbana to an official ceremony. In fact, it was actually her appearance in Prince Harry and Meghan Markle, the Duke and Duchess of Sussex, that Lady Kitty Spencer captured the world's attention. In her now-iconic mid-length green floral dress with matching fascinator, her appearance made headline fashion news. Suddenly, this radiant blonde beauty, almost akin to Princess Diana, was the girl of the moment. After Meghan Markle, the bride herself, Lady Kitty Spencer was definitely the second most searched beauty of the night. And thus, a new style star was born.

An Angelic Beauty in Alberta Ferretti

Every year, the Kensington Gardens at Hyde Park, one of the most notable parks in London, hosts the annual Serpentine Summer Party at the Serpentine Gallery. It's a fashionable soiree, often sponsored by luxury fashion brands, where the cream of the crop of British high society attends. Of course, that includes Lady Kitty Spencer. And in the last party, back in 2019, the gorgeous aristocrat looked heavenly in a chiffon Alberta Ferretti dress. With her delicate cape wafting in the wind, she showed off her angelic beauty to the admiration of her already-growing fanbase.

With her bright blond hair, big blue eyes, doll-like features, and her ultimate fantasy of a lifestyle, it's no surprise that Lady Kitty Spencer is often compared to Barbie, the American fashion doll. It's as if the British aristocrat is the human embodiment of not just the doll's iconic looks, but also the fantasies and goals she represents. And when Lady Kitty Spencer wears pink, the comparison between the two is further blurred. Just look at how she's such a doll in a powder pink satin dress by Alessandra Rich. If that's not the real-life Barbie, then who is?

Watching A Fashion Show in A White Tuxedo

A true fashion icon is one who takes risks. Although Lady Kitty Spencer is virtually a neophyte in this area, she has certainly proved that she doesn't fear going out of her comfort zone in terms of her sartorial choices. Throughout her time in the limelight, she's often only seen in dresses and gowns. But during Dolce & Gabbana's spring 2020 show at Milan Fashion Week, she sported a custom-made white tuxedo with a black netted hairpiece. Complete with a jacket with tails, a waistcoat, and a bow-tie, she exuded major old-school English energy in a modern and feminine way.

Going To The Melbourne Cup in Roland Mouret

As a member of the upper crust of high society, both in the UK and beyond, Lady Kitty Spencer is a common figure in events like the Melbourne Cup in Australia, In these sorts of occasions, the dress code requires old-school elegance complete with a fascinator. Back in 2019, Lady Kitty Spencer took part in this tradition by wearing Roland Mouret, a French fashion designer known for modern elegance. The aristocrat looked like the definition of sophistication in her pink, mint, and grey gradient dress with a wide-brimmed black fascinator by Stephen Jones. A truly classic look!

Without a doubt, Lady Kitty Spencer is a true style icon of today. But what exactly proves that? The fact that she looks just as fashionable in private as she is in public. Who else but a beautiful British aristocrat would look as divine in a simple striped Dior shirt whilst having breakfast on the island of Capri in Italy? Even at her most casual, she still exudes sophistication, glamour, and prestige. Once could say that she probably only looks like this for Instagram's sake, and perhaps this is true, but it's such devotion to fashion and style that makes her such a star in many people's eyes!

Although the world only really got to know Lady Kitty Spencer from a couple of years ago, she's become one of the brightest style stars from the British aristocracy. Every time she steps out or posts on social media, you can bet that all eyes are on her!

If you truly want to look as stylish as Lady Kitty Spencer, know that dressing up fashionably is a 24/7 business. This means you have to look just as immaculate in your luxury home as you would in public!