The Best Things To Do in Venice For A Day

It may not look like it, but there's actually a ton of things to do and see in Venice, Italy. Granted, from the outside, it all looks like one big relic of various past periods that only history buffs would appreciate, there's more to Venice than that. It may not be the most modern destination in the world but that doesn't mean you can't have fun here. It pays to look at the various corners of the city from different perspectives. You'll see where you can have the most fun or where you'll enjoy your time the most. 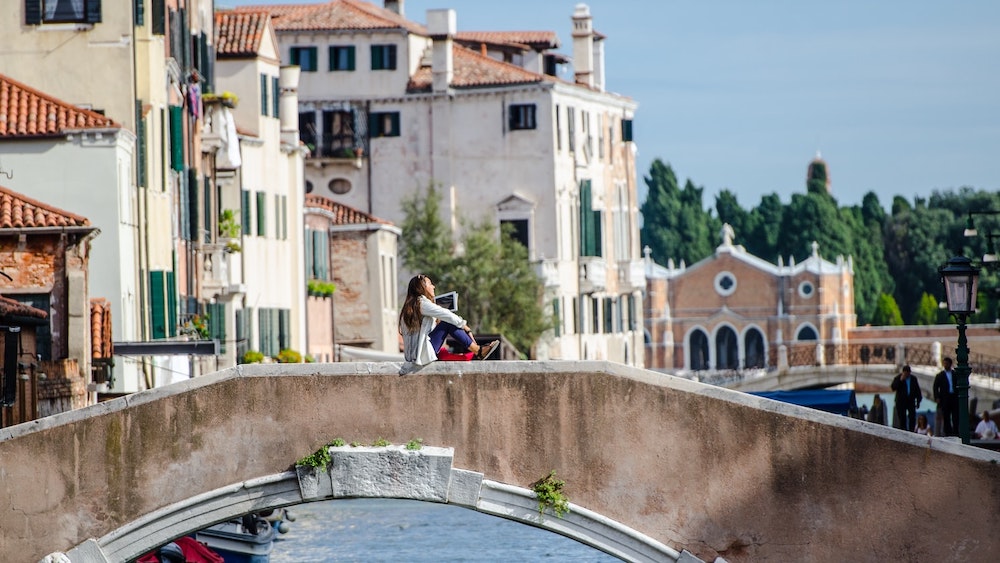 Of course, at the risk of sounding stereotypical, you can't go to Venice without riding a gondola. Most especially if it's your first time here. And even if you've visited the city many times or it's been a while since you first moved here, there's no replacing riding a gondola as the quintessential Venetian experience. Not even Amsterdam, another major European city known for its canals, has this sort of activity. More than just how romantic it is or how novel it is, it's even become somewhat of a public transport system in its own right. Just like how people from the Medieval and Renaissance periods did it! 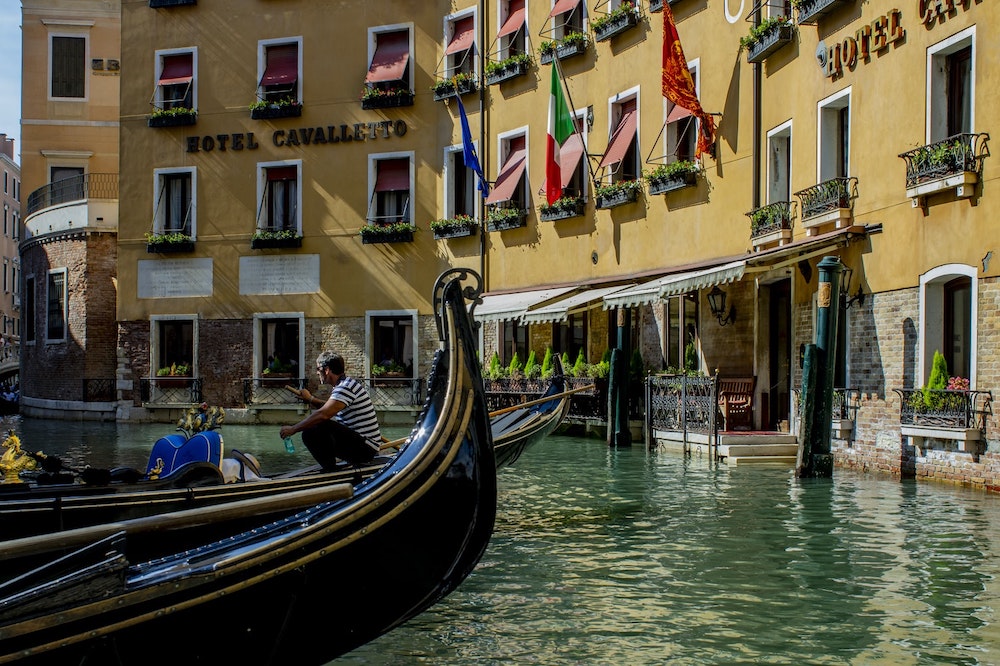 St. Mark's Square is a vast piazza, the most popular in the city, offset by the stunning St. Mark's Basilica in the background. This is one of those places wherein your just have to visit in Venice, sort of like the Trevi Fountain in Rome or the Eiffel Tower in Paris. This is also where a lot of pigeons fly by and rest in the piazza, and there's arguably nothing more fun than chasing them around and letting them fly around you. And it's in St. Mark's Square where this is allowed, as in some places, it's banned to interact with the pigeons. 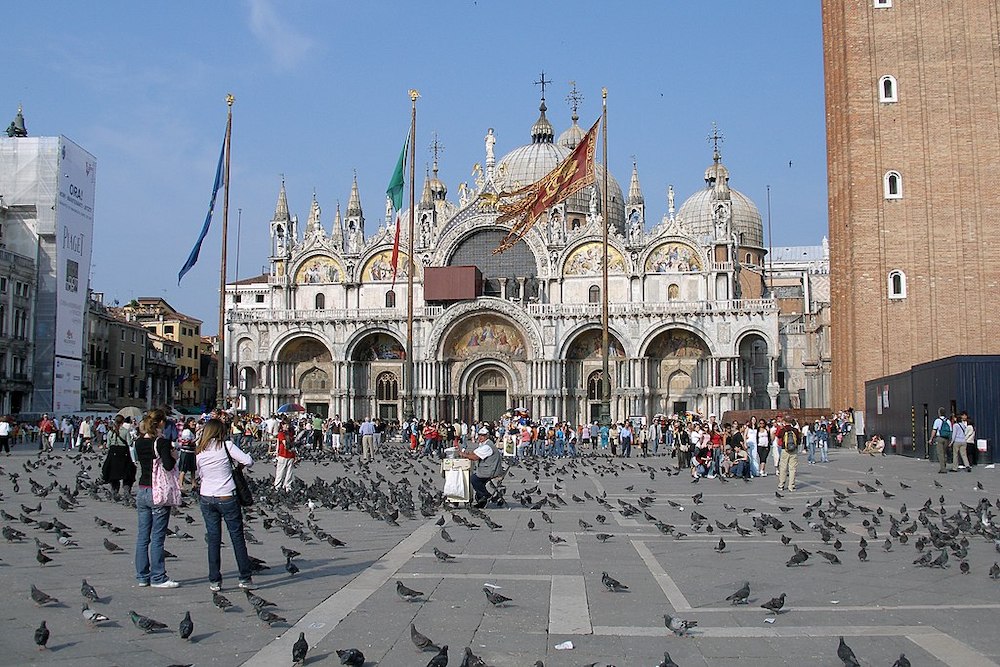 Here in Venice, if you didn't cross Rialto Bridge, did you even go to Venice at all? The famous arched bridge over the Grand Canal is a must-see for many reasons. One is, of course, its stunning beauty! Just seeing it from afar will have you transfixed the whole time you're in this part of Venice. It's highly likely that if you take a picture of it for Instagram, it's going to garner a lot of likes! Another reason is the view from the bridge itself. It's here where you get to see most of Venice in all its glory. You wouldn't want to miss that! 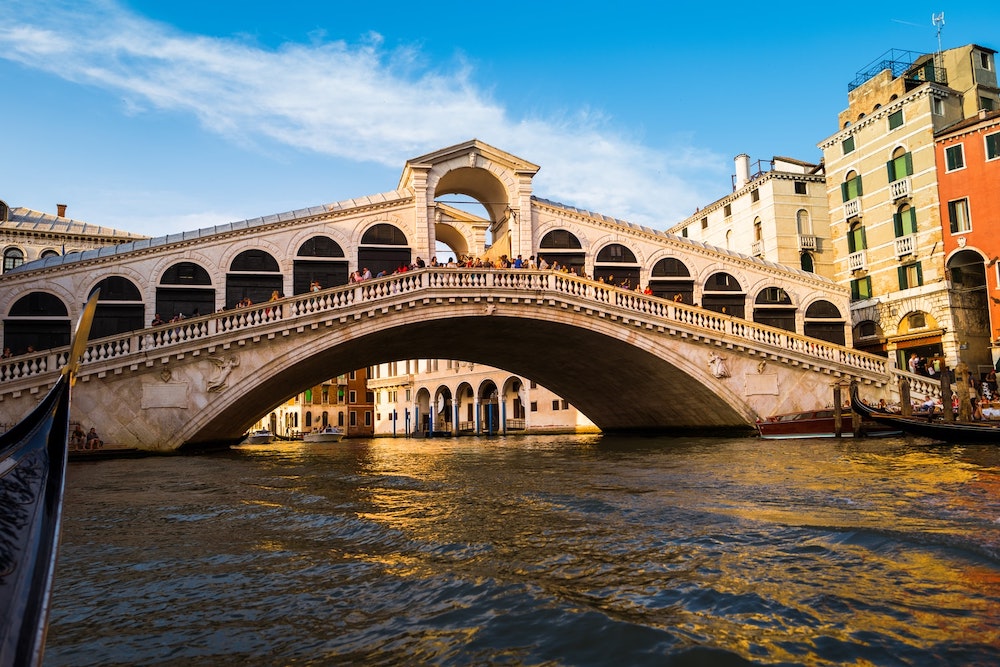 Even though Doge's Palace, formerly the residence of the seat of government in Venice, is not as popular as Rialto Bridge and St. Marks' Square, it's still a place worth checking out. The symmetry in the Gothic-style architecture of the palace is insane! You won't such a precise design in any other city in Italy nor in the rest of Europe as well. Inside, palatial rooms of grandiosity and opulence offer a peek into Venice's past. And it's a history filled with glamour, romance, and intrigue. Don't that all sound so magical? 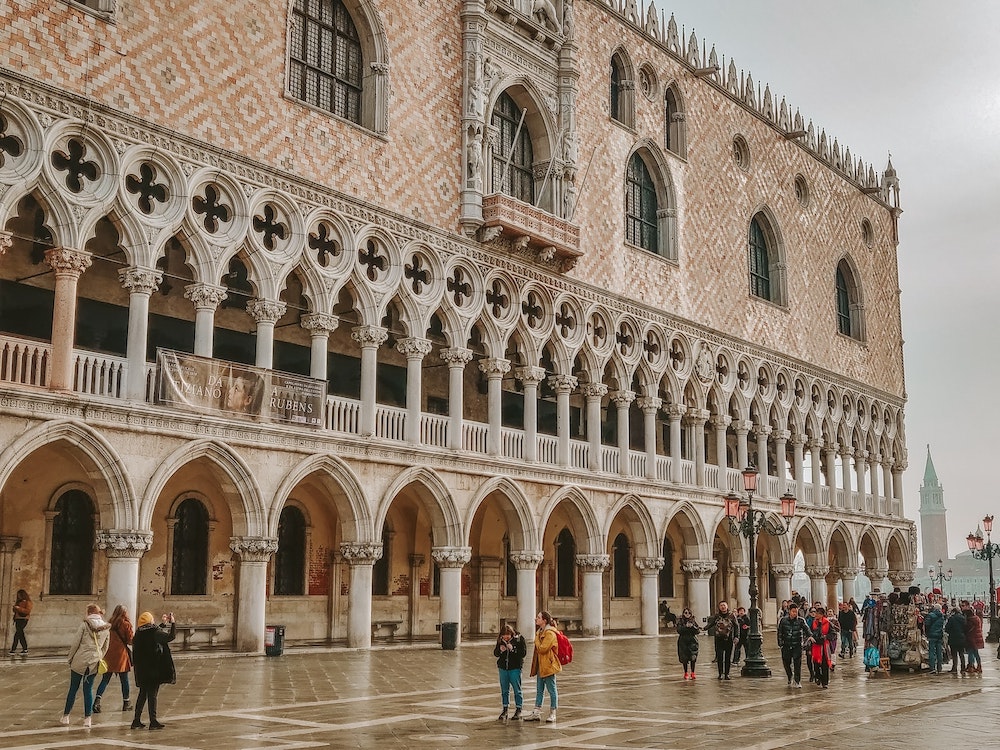 Another underrated place in Venice is Basilica di Santa Maria della Salute. Located on the opposite side of the Grand Canal, just right at the harbor of its own island, the opulence of it all almost feels like it's the pathway to heaven. Just the whole front facade is an homage to baroque design, from the sculptured saints, stone angels, and other exquisite details. It's the type of crafted elegance you'll find in the churches in Lecce or the chapels in the Vatican. And whether you take a shot of its from afar or a selfie right then and there, it's going to be a picture worth saving! 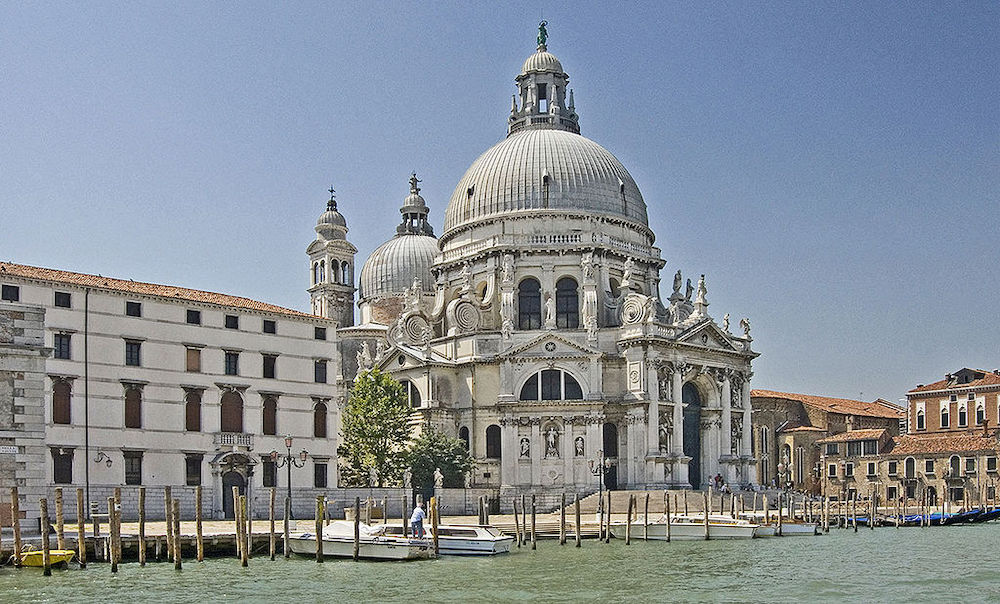 Eat By The Canal

Truth be told, there's nothing more romantic than eating a candle-lit dinner by the canals of Venice. Granted riding a gondola with your significant other is the quintessential Venetian date idea, it's admittedly over and done with. But dining on some delicious Italian food by the canal? It's also not that unique an experience but it's one that will surely get you into the mood! Fortunately, there's a ton of amazing culinary hotspots located right by the canals that serve some of the best food you'll get to eat in Venice. Not to mention offering up some stunning views of the city as well! 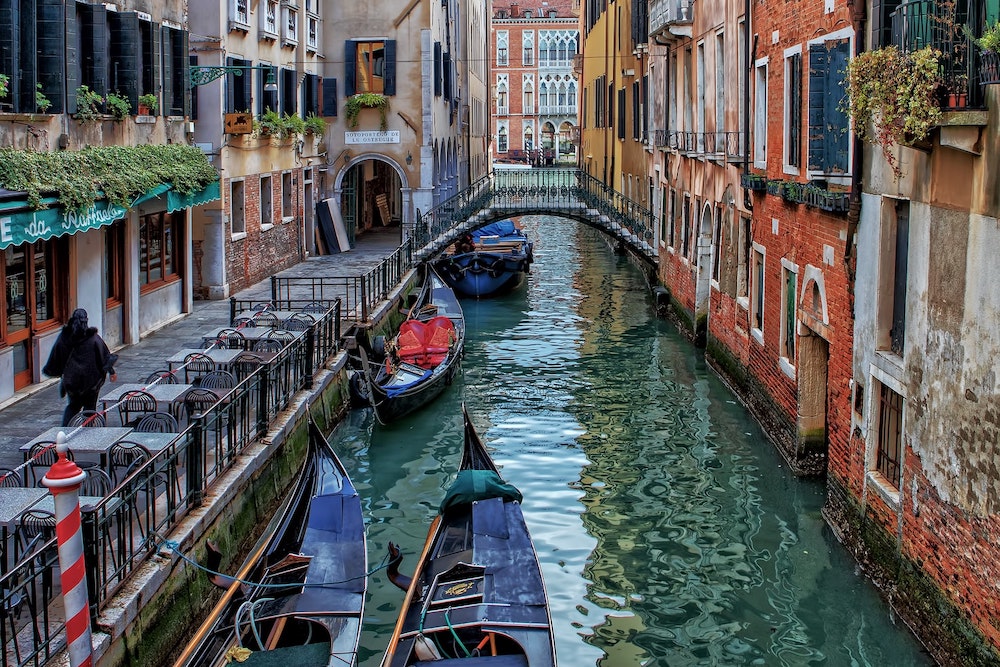 Finally, at least once in your life, you have to experience the Venice Carnival. One of Italy's best holidays, it's sort of like this big masked ball where people are dressed up in fancy clothes, donning the most elaborate masks, dancing to their hearts' content, and just having a good time. it's definitely a romantic experience, one that reminds harkens back to the city's Renaissance and Medieval periods. Who knows? You just might start your next great love affair with a masked stranger in the carnival? Now wouldn't that be something, right? 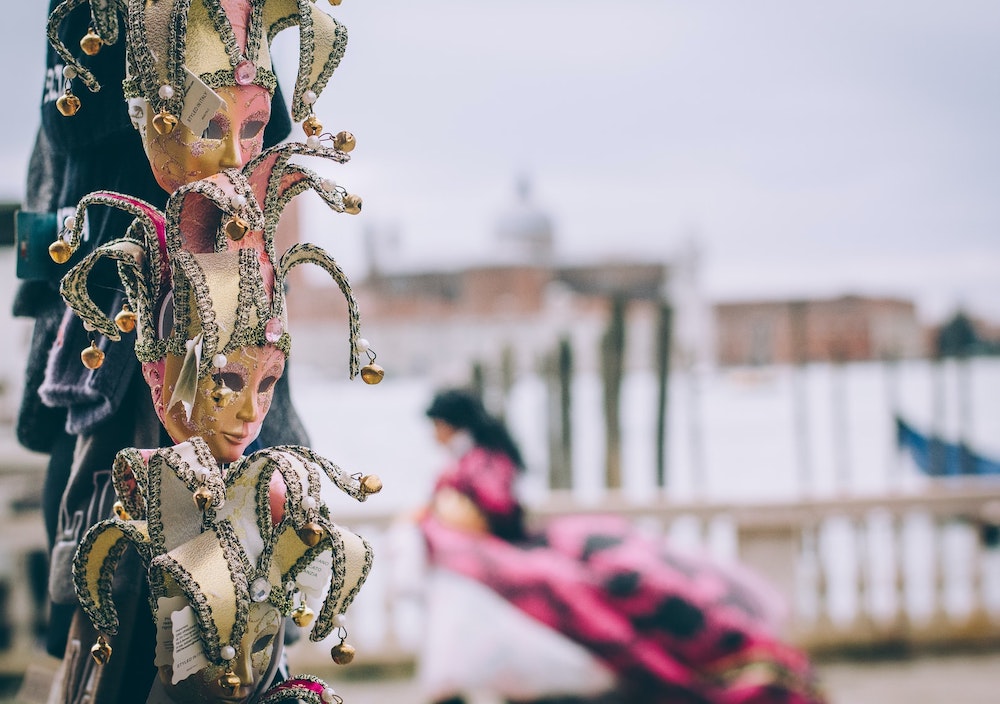 There's a lot to do in Venice that you wouldn't know where to start. And even if you'll only have a day to spend here, you're sure to create a lot of exciting memories with whichever you choose to do! Here's to hoping you can fit a lot in just a day!

Another great thing to do in Venice, especially when you're tired, is to just rest in your luxury rental here! There's no doubt about that!