London is a big city, separated into lots of neighbourhoods and village-like enclaves all with a very different atmosphere. This means when you’re planning a weekend here it can be tricky to choose where to stay so we’ve put together this guide to help you find your feet. We’ve included a London penthouse for rent at the weekend in every area that we recommend to make it even easier for you. From trendy Spitalifelds to elegant West Hampstead, there’s a London penthouse to suit every budget and taste.

Spitalfields is the perfect jumping off point for exploring trendy East London and the historic square mile. And what better way to get into city life than in this City of London penthouse? The luxury accommodation is right next to one of the best areas for shopping in London and within walking distance to Brick Lane, Hoxton and Shoreditch. You’re also near to Liverpool Street station which is conveniently on the central line meaning you can go west in one easy trip. Some of London’s most exciting restaurants are right near this penthouse apartment in Spitalfields including Som Saa and Pitt Cue so make sure to seek them out. 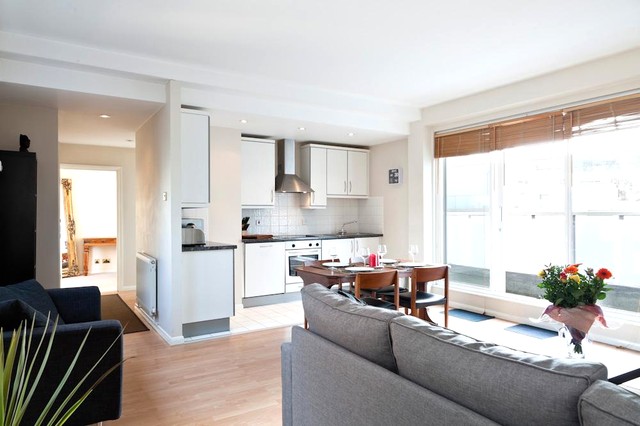 If iconic sights and landmarks are what you’re looking for, then stay in the London Bridge area. You’ll have views of Tower Bridge to the east and St Paul’s the west as well as the Shard and Borough Market on your doorstep. This Cole Street London penthouse for rent at the weekend is ideally located for keen sight-seers. The stunning apartment was converted from an old warehouse and is within walking distance of some of the cities most popular attractions. 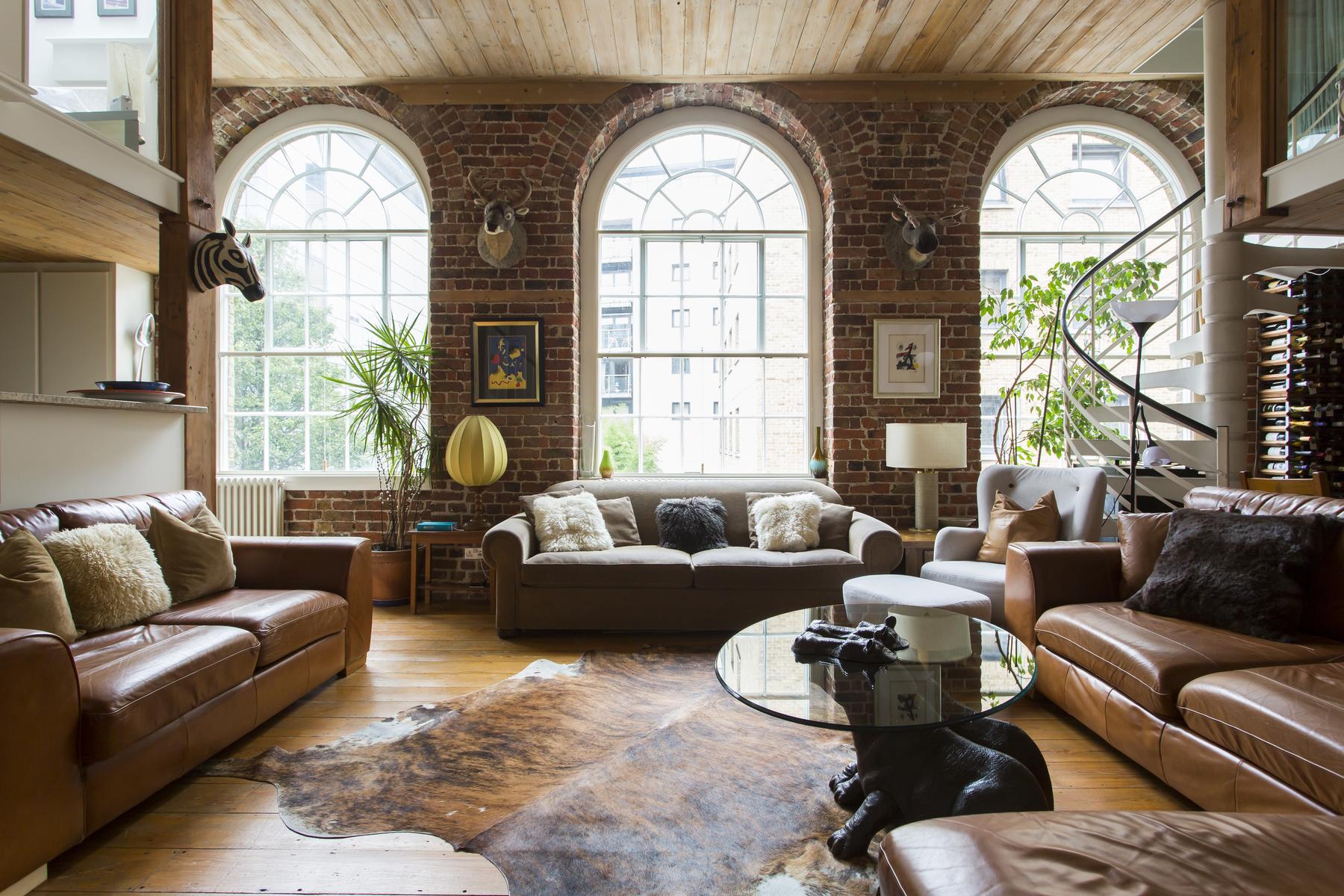 West Hampstead is slightly off the traditional London tourist track, but this Goldhurst Terrace penthouse is a good enough reason to venture to the north London borough. Within walking distance to Hampstead Heath and the sweeping views of Parliament Hill, you’ll have one of the best walks in London right on your doorstep. The penthouse is light and airy with a stunning roof terrace with leafy views that will make this feel more like a country escape than a city break. 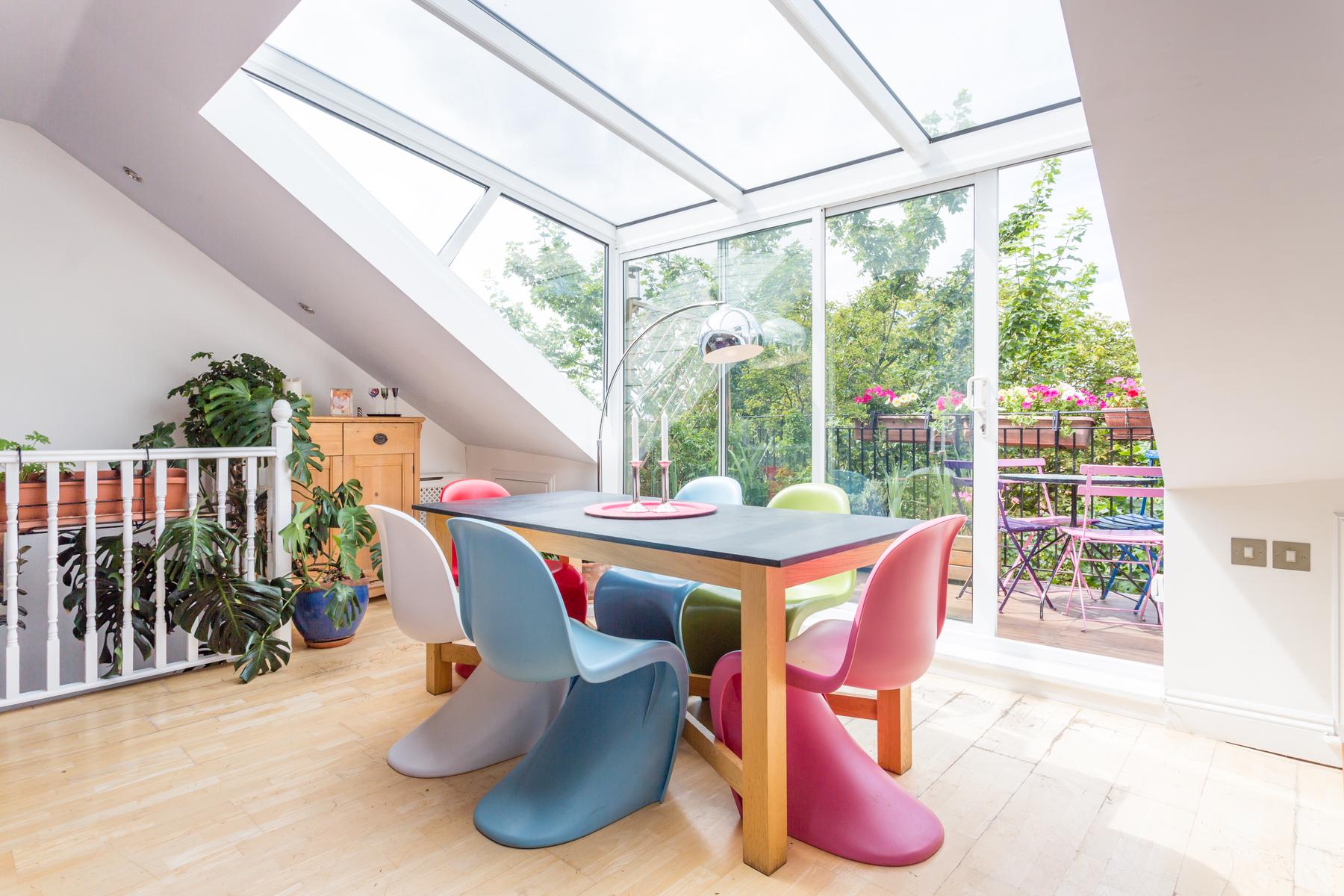 Staying in Soho will ensure you really are at the centre of the action. Sandwiched between Oxford Street and Piccadilly, it’s the beating heart of London. The once grimy area is now one of London’s coolest neighbourhoods with some of the best bars and restaurants in the capital located here. And if you want to live like a rock star for a weekend then you’re in luck… this Berners Street apartment was once the home of Blur frontman Alex James and boasts its own roof terrace with views across the West End. But if you’re not content with your own personal roof terrace then take a look at our guide to the best rooftop bars in London and join the locals for a pint. 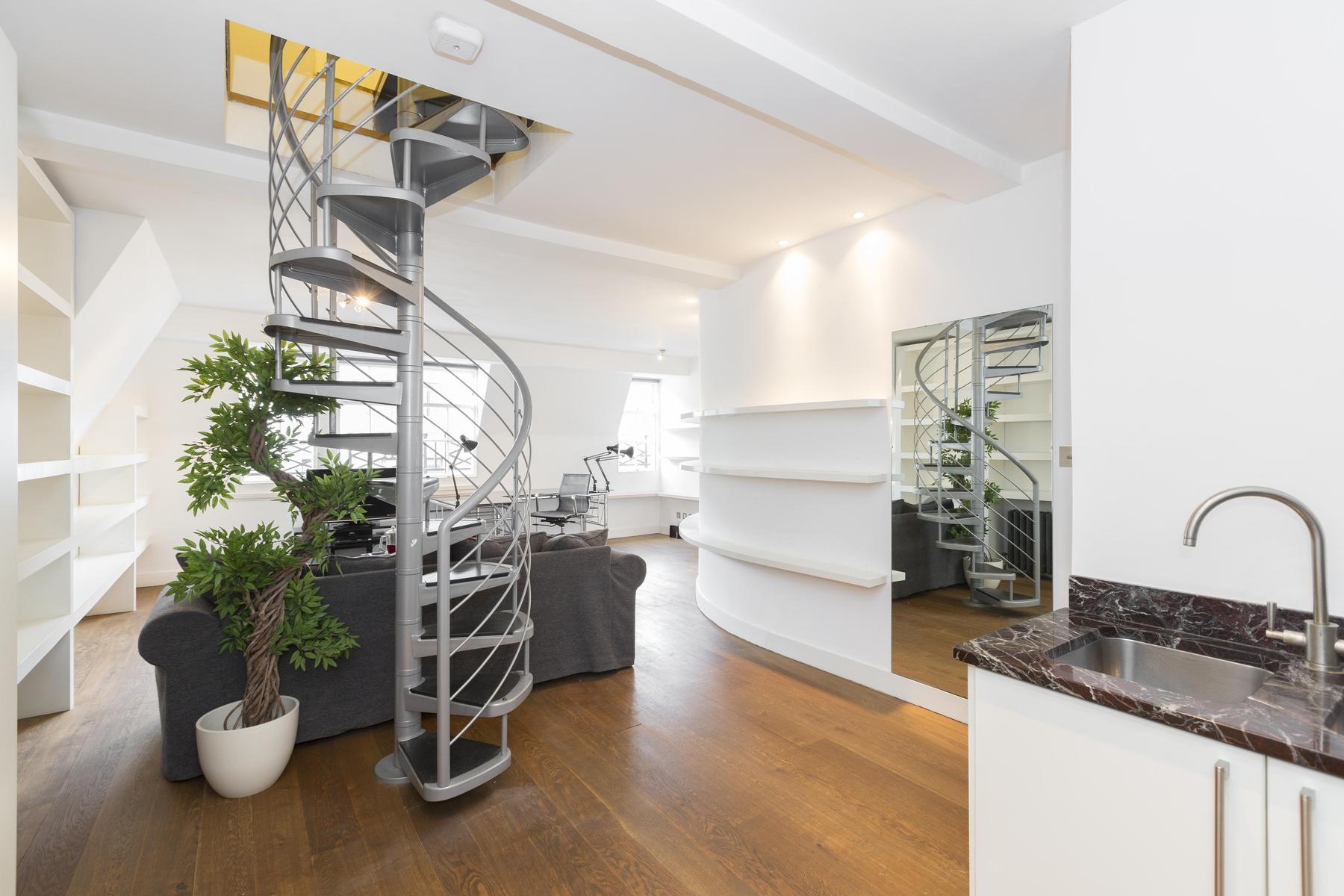 At the western end of the central line is the iconic Notting Hill neighbourhood. If you’re a fan of vintage markets, antique shops and quaint cafes, then we recommend this area for your weekend break. This Ladboke Road penthouse will feel like a home away from home while you explore everything that the area has to offer. If you want to feel like a real local, then indulge at one of Notting hill’s many pubs in one of the best Sunday roasts in London. 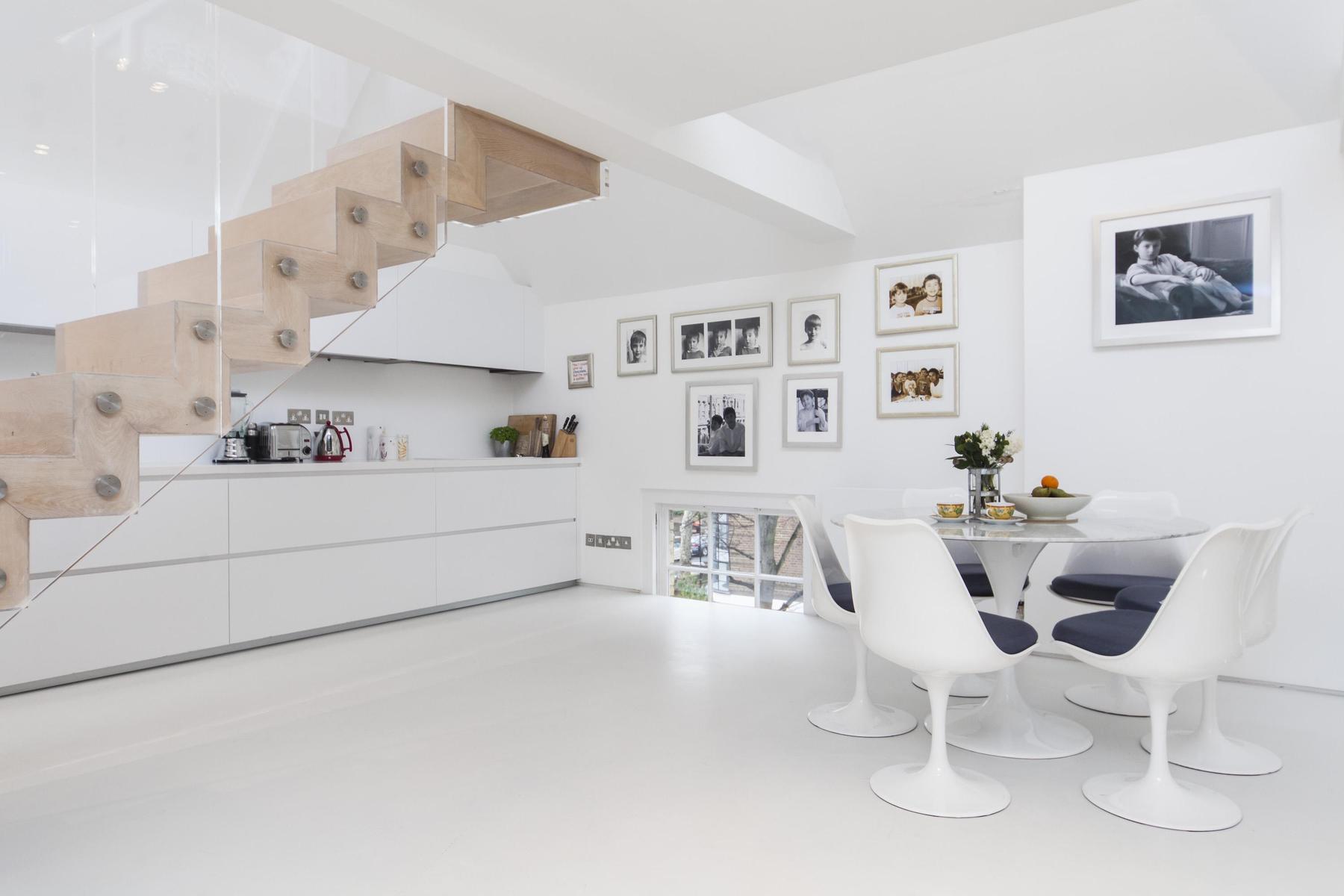 The area around King’s Cross train station was a bit of a no-man’s-land for much of the early noughties but over the past decade it has revamped itself as one of the hottest neighbourhoods in the capital. The redevelopment of St Pancras station and the Renaissance hotel bought with it one of the best afternoon teas in London and the newly developed Grannary Square is home to Caravan and Dishoom. Two contenders for London’s best brunches. The area is well connected on the underground and is also a hub for many bus routes. You’re only a short walk to Camden and Marylebone and can get to most places in zone 1 on foot. Sounds convenient right? Well this King’s Cross penthouse is the perfect place to base yourself for a weekend in the city. 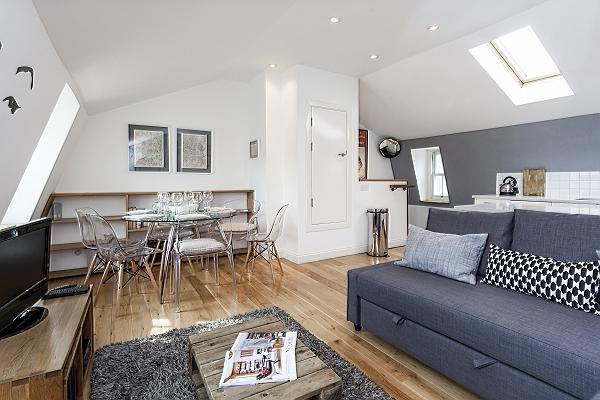 Clerkenwell is London’s answer to Silicone Valley with start-ups and creative agencies ruling the roost here. Which makes it a very cool place to stay in London. The whole neighbourhood is alive with nice pubs, brilliant restaurants and trendy cafes. Take a wonder down St.John Street and then stop at one of the watering holes surrounding Smithfield Market. You can also spend a day at the nearby Barbican taking in the world-famous architecture. Oh, and you’ll need a place to stay while you’re exploring, and this Whitcross Street apartment is perfect. 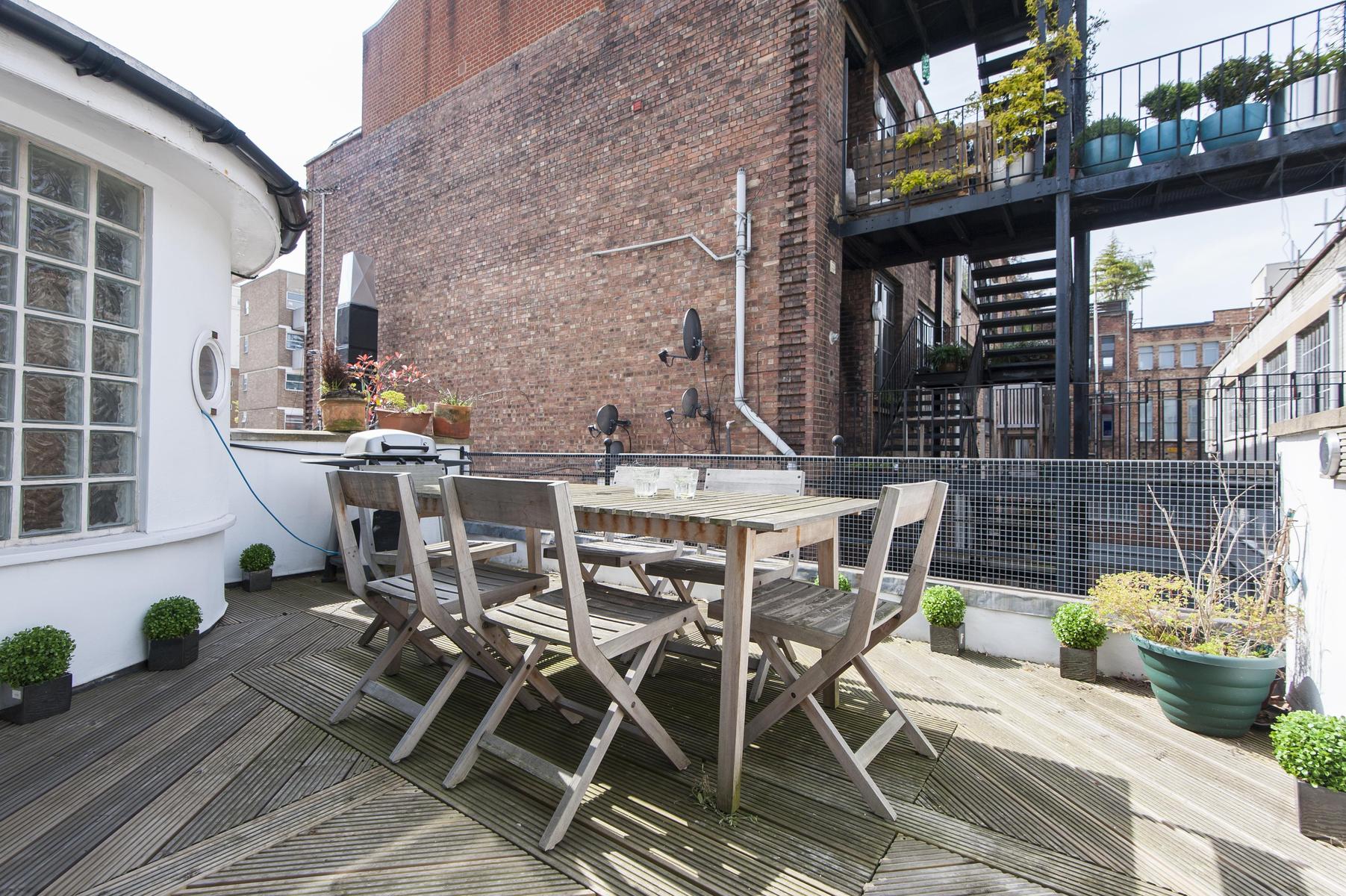