The 10 best places to get your brunch fix in London

Over the past decade brunch in London has become as ubiquitous as the pub lunch. Seemingly every week a new brunch spot opens up with a more outlandish menu than the next. But there’s something to be said for a good old English breakfast. With that in mind we’ve rounded up the best places in the capital for brunch. We’ve included some of the newer places but not forgotten its humble roots.

With a side of rock and roll

Black Axe Mangal on Highbury Corner claims to be London’s ‘first rock ’n’ roll mangal’ and we’d find it hard to disagree. The flavours are as loud as the heavy metal music blasting from the speakers and we love them for it. All of the dishes have a Turkish influence and their brunch menu is no exception. Forget muesli and eggs… here you’ll find squid ink bread, mapo tofu and pastrami smoked salmon. 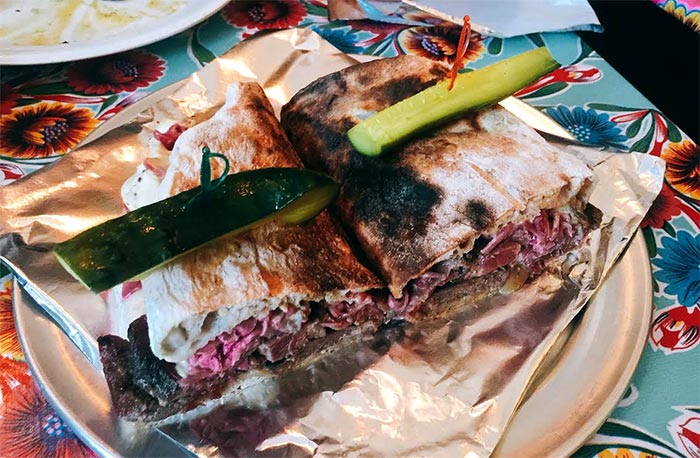 The ultimate in old school elegance

Breakfast at The Wolsley is so famous that there’s been a book written about it. The late, great AA Gill celebrated the experience and traditions of breakfast at this iconic London restaurant by writing about it in great detail. The brunch is served in a grand cafe style with white table cloths and silver service. Book a table here for your next special occasion (or just because you’re feeling fancy), order the scrambled eggs and smoked salmon with a side of Champagne and pretend you’re more fabulous than you are. 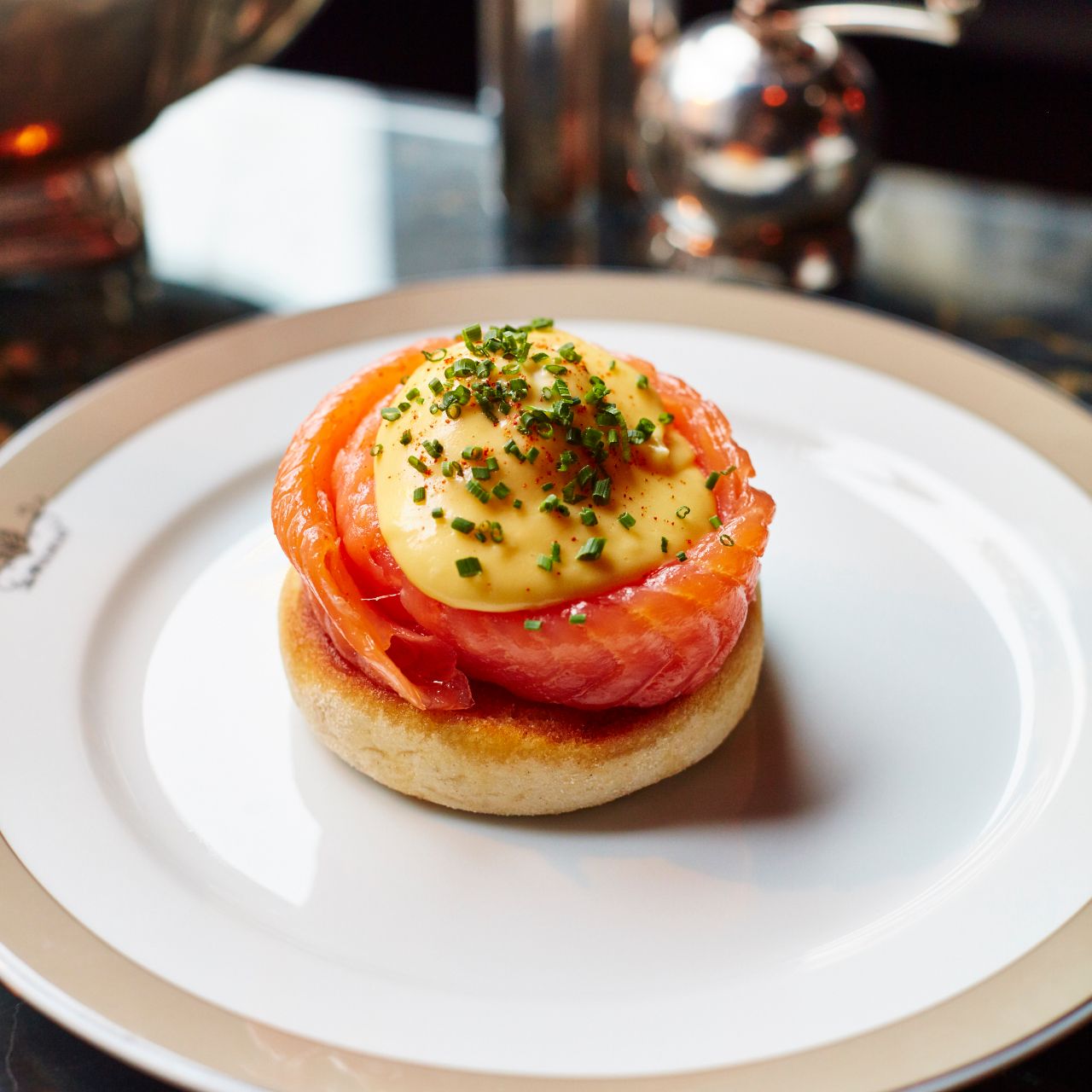 Chiltern Firehouse has earned a reputation as the number one celebrity hangout in the city with everyone from Harry Styles to Tom Cruise being spotted there. As well as A-listers, they also happen to serve a mean brunch. The crab donuts have risen to be almost as famous as the restaurant’s clientele so be sure to try one of those. 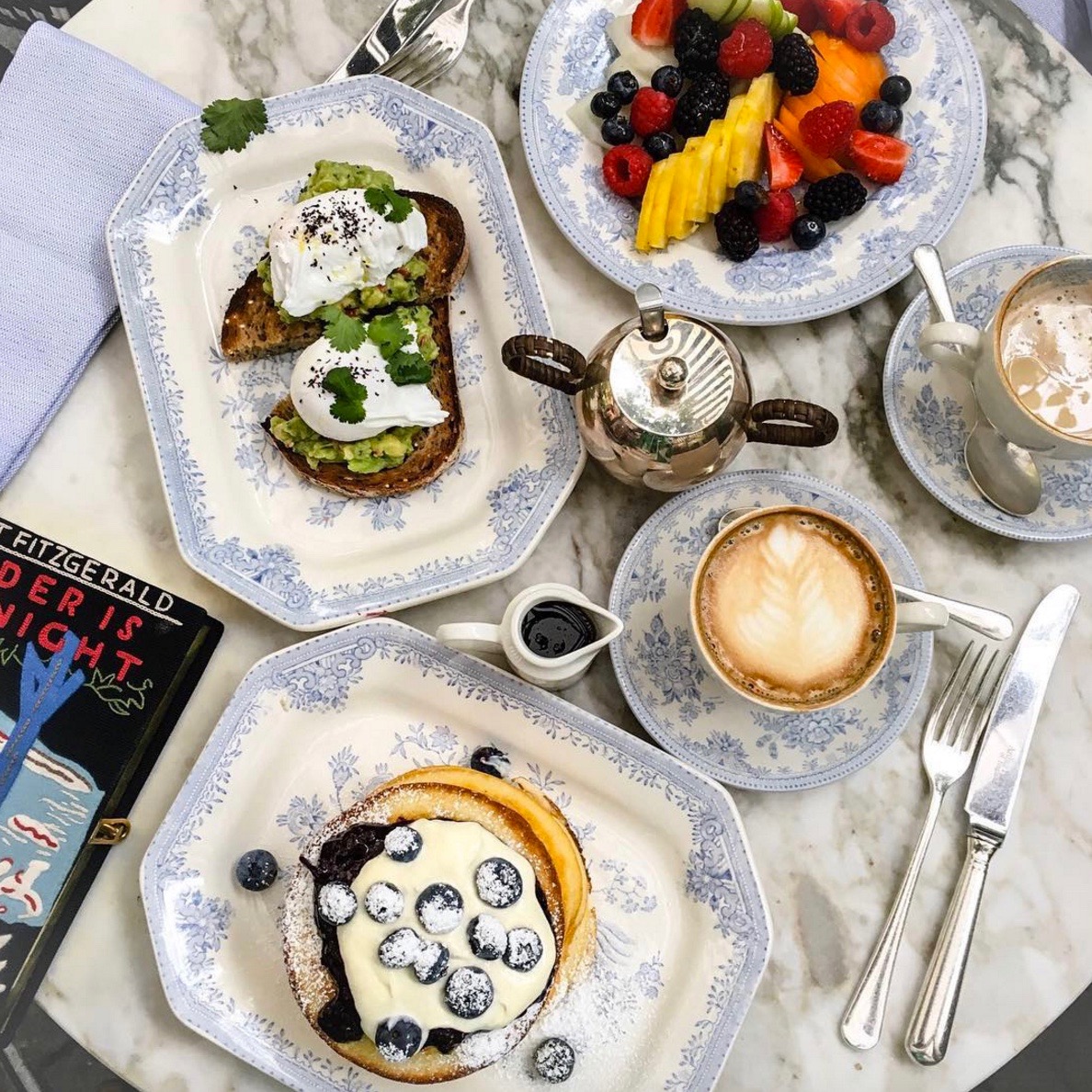 For an Indian spin

With five branches scattered throughout the city, you’re never far from a Dishoom. And what a relief that is. Famous for their bacon naan, this is the perfect place to fill up before a day exploring London. The inspiration for Dishoom is the now extinct Irani cafes of Bombay and it pays homage to the food that was served in them. The decor here is also amazing with each restaurant having its own unique charms. Wash down your brunch with the house chai. 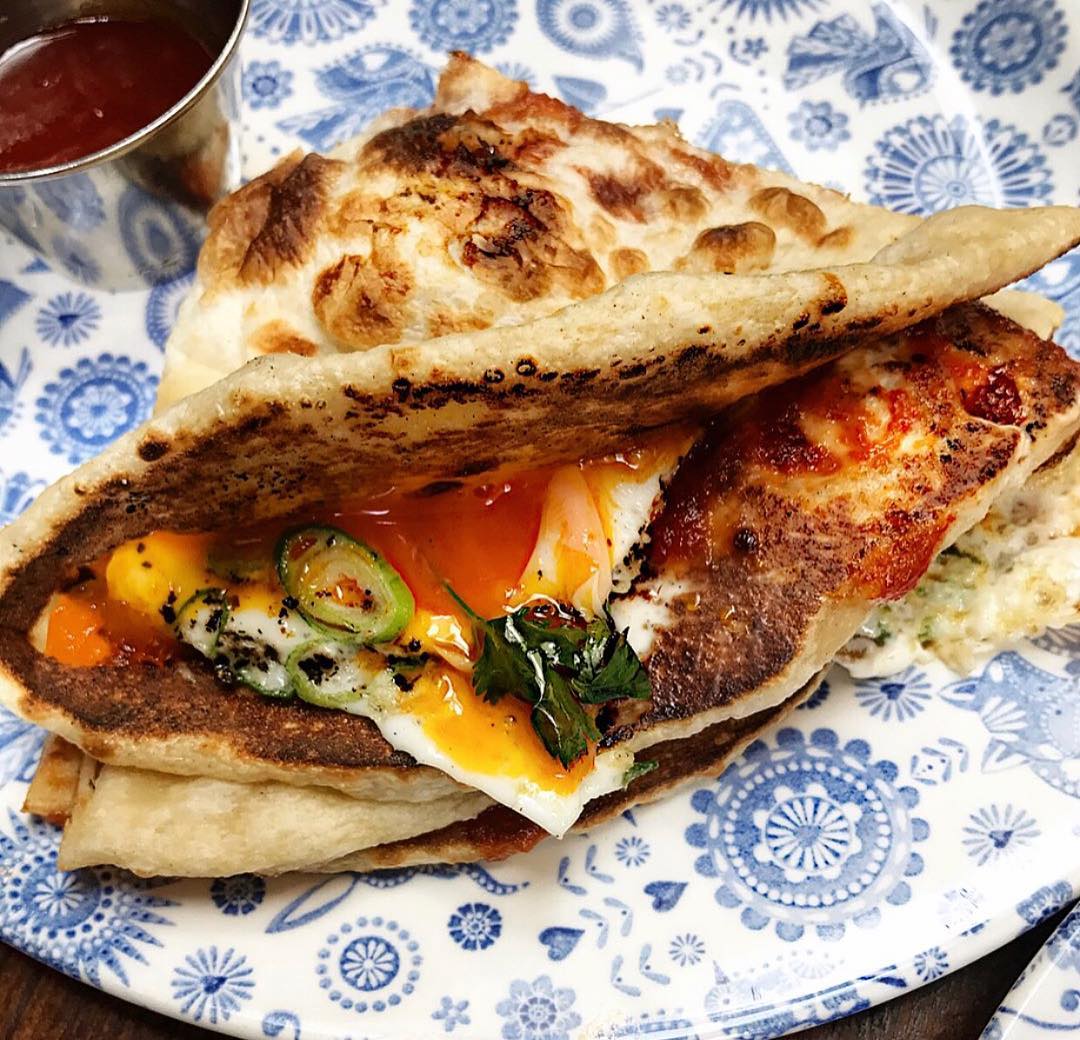 Dine with the hipsters

If you like to eat your brunch among a trendy crowd, head to Dalston and go to Brunswick East. Their menu features everything from the classic eggs and avo to their own take on Japanese okonomi and all of it is served with a friendly smile. Grab a table in the outdoor courtyard when the weather permits and spend a morning soaking up the sun with some of London’s coolest residents. 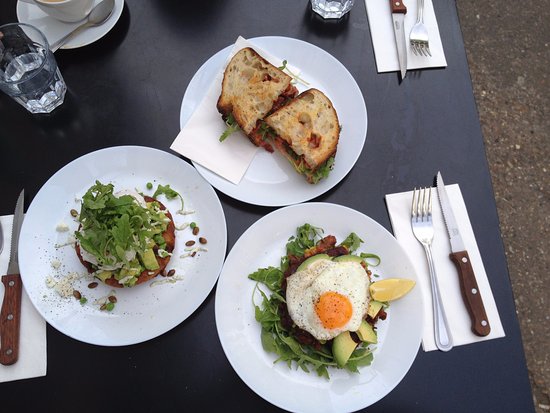 No other restaurant epitomises London for us quite like St John and their branch at Spitalfields - St John Bread and Wine - happens do the best bacon roll in the city. Expect sourdough bread and un-smoked meat charred side by side over an open flame with a liberal smear of butter and a generous portion of homemade ketchup on the side. Take a seat at one of the wooden tables and enjoy watching solo diners come and go to get their bacon fix. 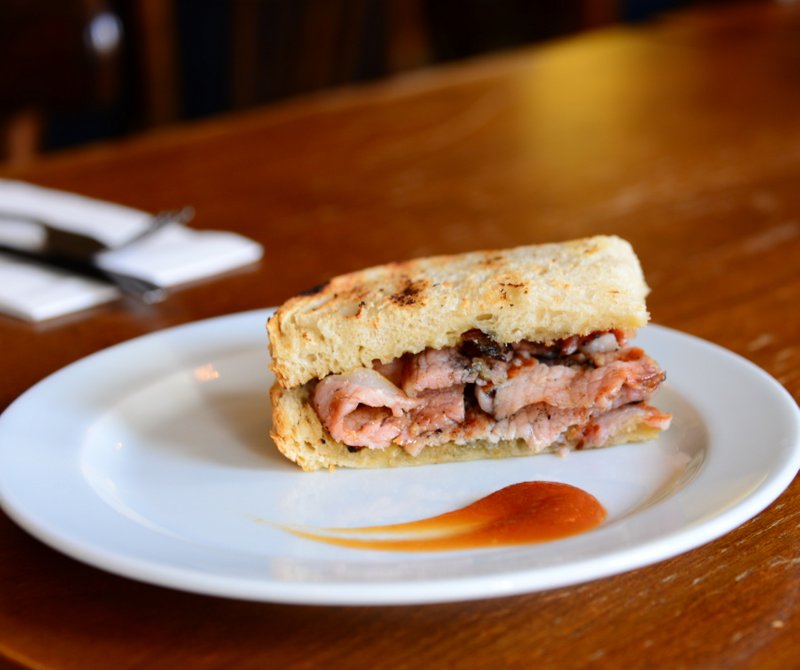 The one with the bottomless booze

Can you even call yourself a millennial if you’ve not been for a bottomless brunch? And if you’re not a millennial, can you even pretend to keep up with food and drink trends if the concept of limitless mimosas has passed you by? At Bad Egg you can have two hours of limited bloody Mary’s, proseccos or mimosas alongside a choice of two brunch dishes. 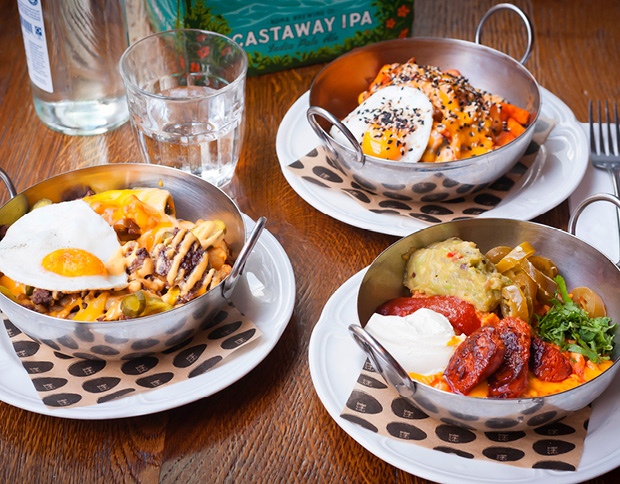 We love the setting of Blixen in Spitalfields Market. It’s like a grand European cafe with a smattering of plants and velvet. In short, the interiors are an Instagram dream. The brunch is pretty good too. Order some sharing plates for the group or dig into their French toast with blackberries and whipped mascarpone.

A chain we can get on board with

Caravan’s first cafe on Exmouth Market quickly became a local favourite and they have since expanded to have five more around London including a huge branch at King’s Cross. The Australian-run cafe roasts it’s own coffee and serves up a delicious menu of healthy dishes to start your day. We love the coconut, mango and banana smoothie bowl with macadamia, buckwheat and an aleppo chilli crunch. 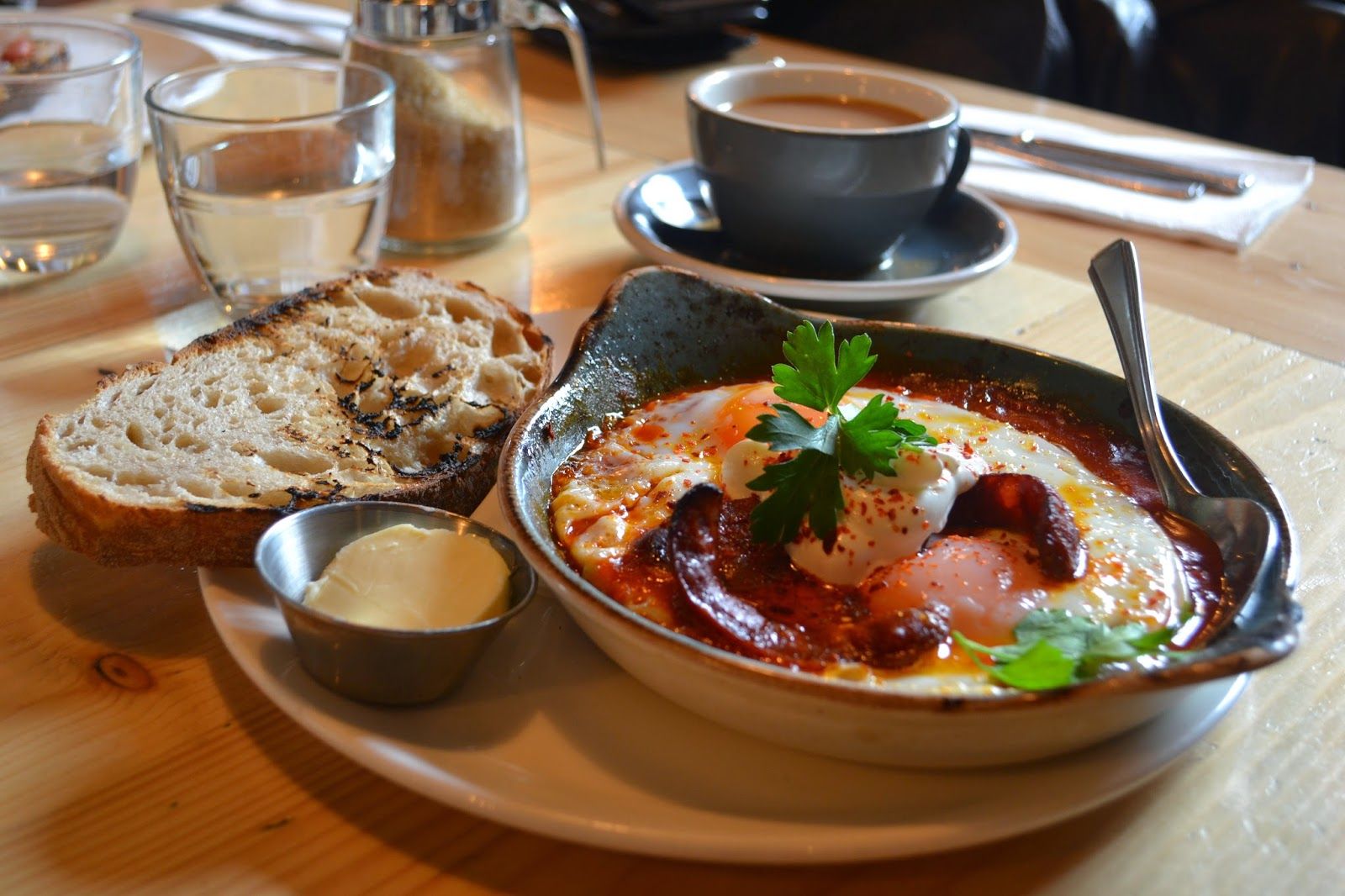 A taste of the Middle East

This Middle-Eastern restaurant in Fitzrovia is one of London’s best kept secrets. Order the delicious shakshuka which comes with two Cornish farm eggs baked in a tomato sauce served with coriander zehug and a milk bun. Or if you’ve had your fill of baked eggs then go for the feta and herb frittata served with yogurt and marinated tomatoes. This cozy cafe is tucked away from the crowds and also has a mouth-watering selection of cakes and sweets. 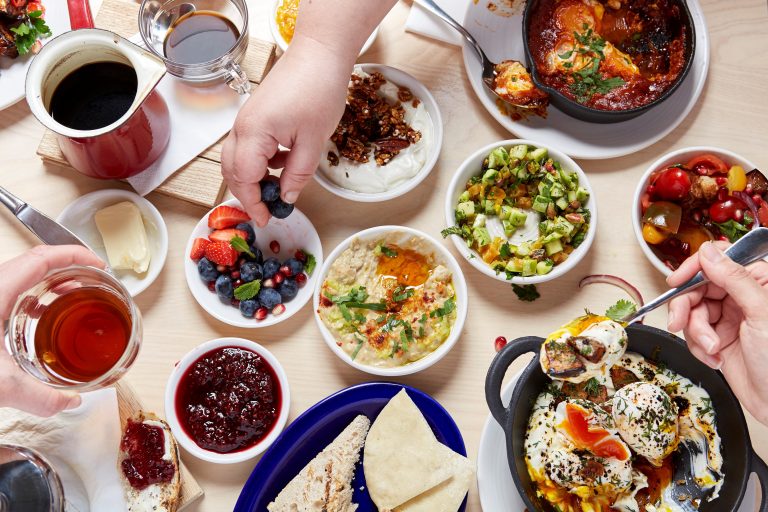 Ozzies do it best

London Bridge, Shoreditch and Fitzrovia all play to host to a branch of Lantana, one of London’s most popular brunch spots. Their menus change with the seasons and they always make the most of fresh produce, making each visit here new. You can’t book and will often have to queue, but trust us, it’s worth it. Try the bubble and squeak or the signature courgette bread with halloumi. 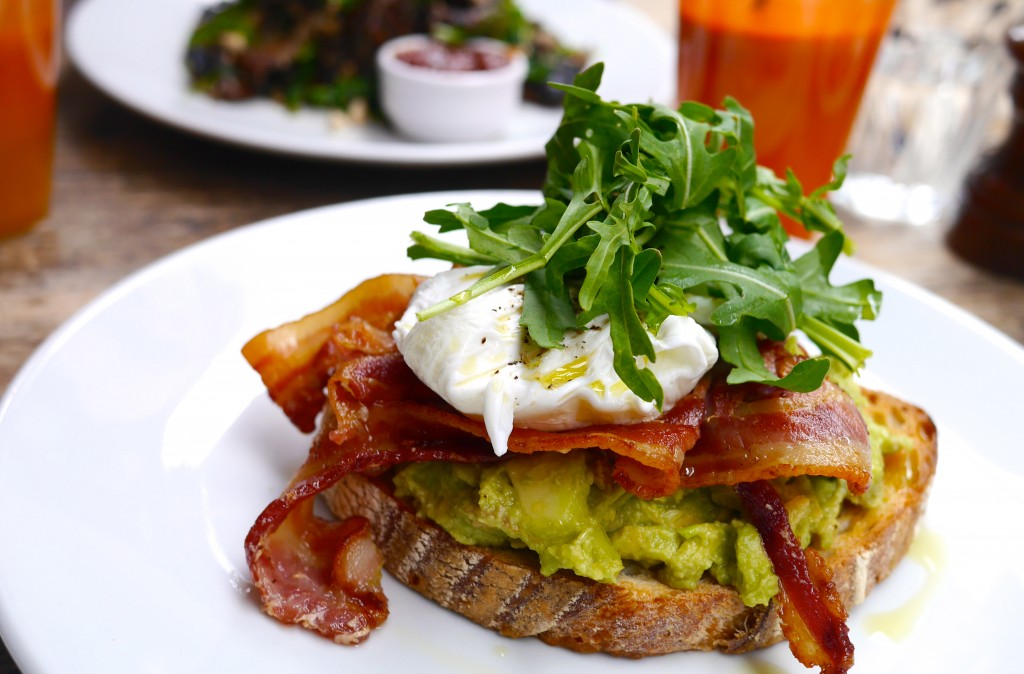 The one you’ll keep coming back to

Choose between Clerkenwell, Chelsea, King’s Cross and Notting Hill for one of the chicest brunches you’re ever likely to have. Everything at Granger & Co is stylishly considered, right down to the selfie-worthy bathrooms. They have all the classics as well as some more interesting options like green pea and dill fritters with a kohlrabi and soft herb salad topped with halloumi, buckwheat tabbouleh, almonds and pomegranate. Once you’ve been to Granger & Co, you’ll want to keep going back. 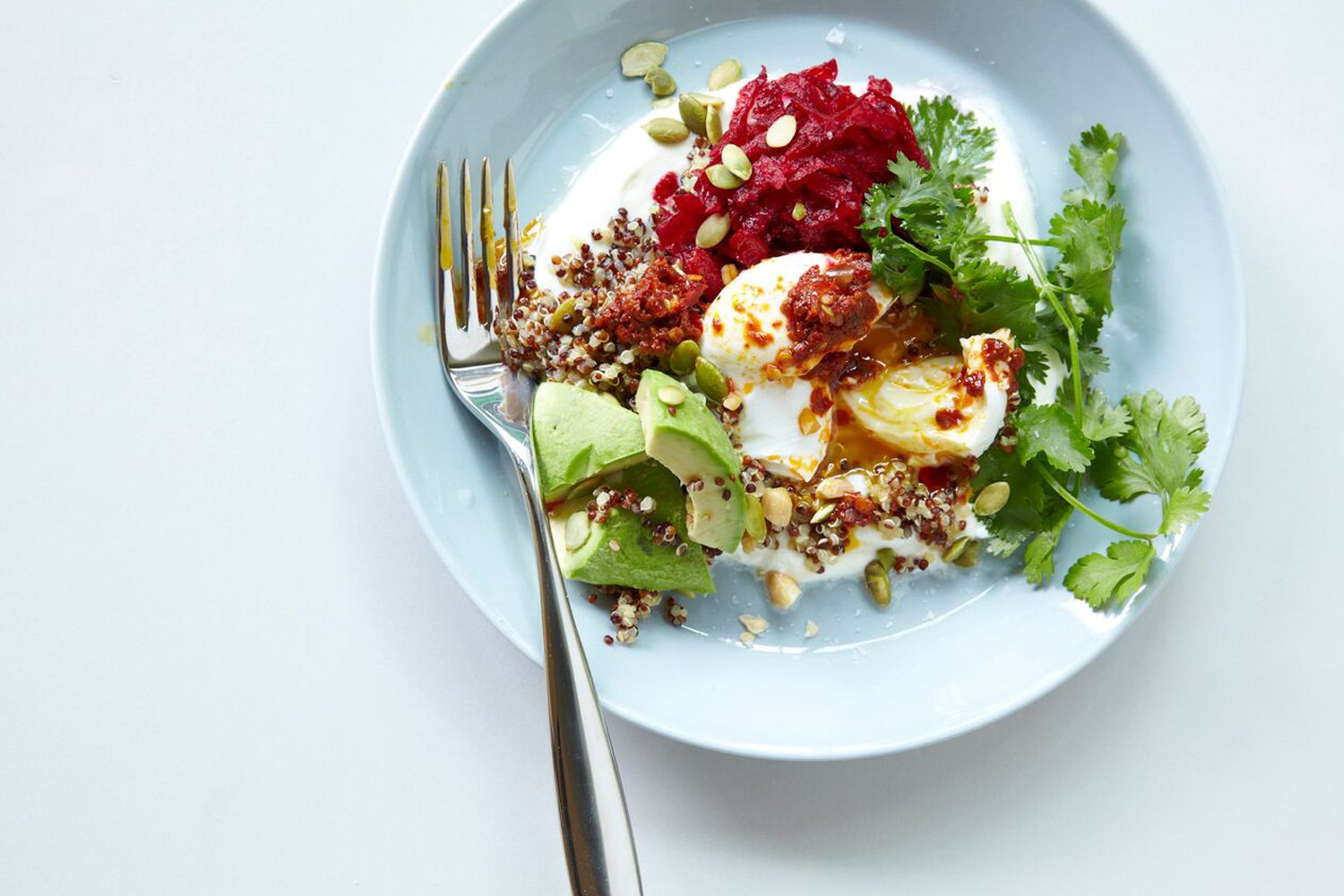