Popular Board Games to Play in London

As beautiful as a city as London is, at times, you'll need to stay at home when you're here. For one thing. this city often experiences rain. And by 'often,' that actually means a lot! Usually, the rains are mild enough that you could still travel. But sometimes, it's just best to stay at home. More so when there's a pandemic going on. With so many people living in the British capital, it's better to do your part in stopping the spread of the virus by simply staying home. So what's there to do now? Well, there are a few popular board games here in London that are worth playing 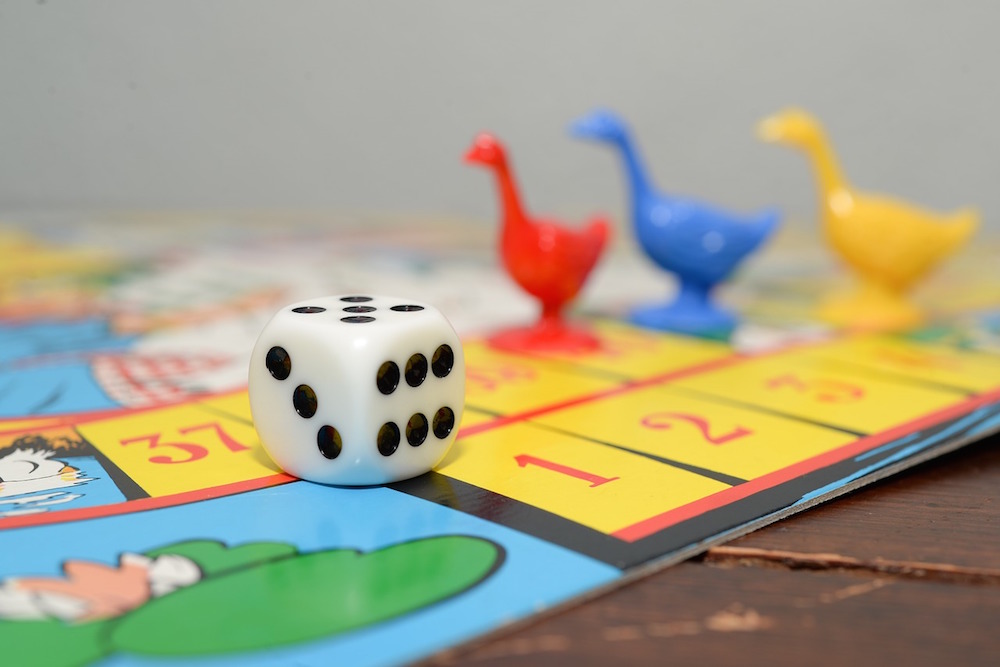 It's no secret that Londoners are some of the most articulate people out there. The city does have some of the best schools out there! So if you plan to go or even live here, make sure you're up to the task! Cause if you're going to play ‘Articulate; with some locals here, you're bound to lose! The game is simple, separate yourselves into teams and you'll be given some cards with some words on them. Against the ticking clock, you'd have to let your teammates guess the words on your cards without, however, uttering a few choice terms that you're not allowed to blurt out. The team who guesses the most words in the short amount of time given wins the round! 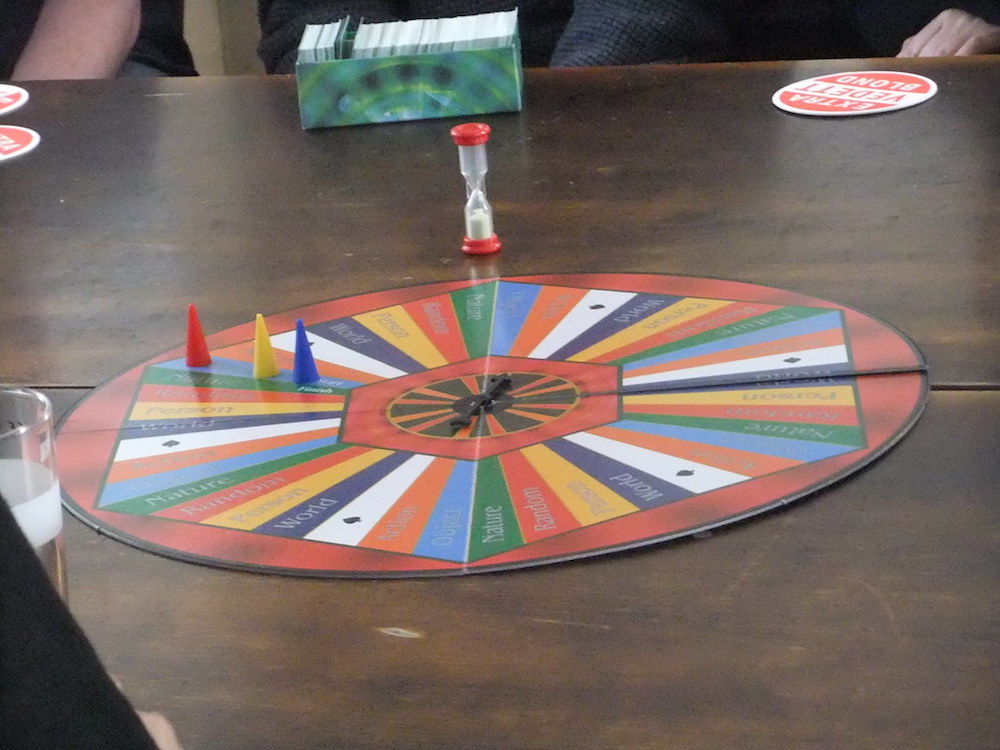 Keep Calm and Game On

The British, Londoners in particular, have a saying, "Keep Calm and Carry On." That slogan has since been plastered on souvenir t-shirts, complimentary mugs, and has even become a viral meme online. Such is the popularity of the saying that there's even a popular board game named after it, "Keep Calm and Game On!" Following a Cards Against Humanity structure, you're given a situation wherein you have to draw a card with the best response. The one who the judge picks the most wins the round and gets to be the judge next! Just hope that you don't get a 'Panic' card, else you'll have to start all over again! 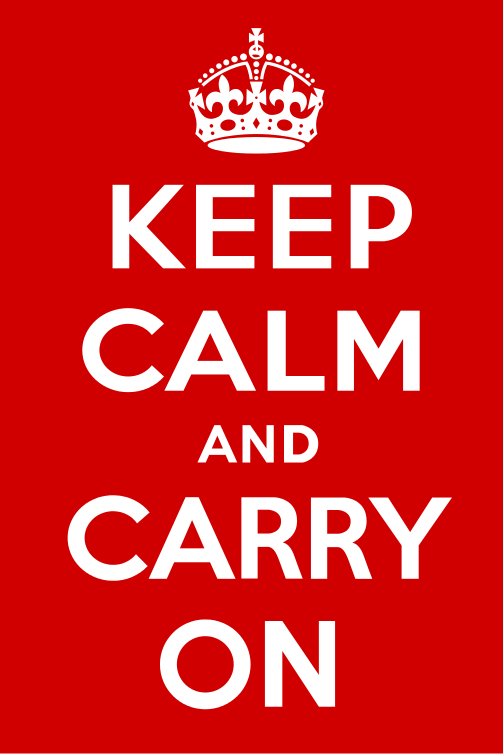 When in London, play the 'London' board game! And what's great about this is that the game combines all of the fun parts of such classics like Sim City and Monopoly! It's set in 1666, right after the Great London Fire that devastated many in the British capital. Now, you and your playmates are tasked to rebuild the city and get it back on its feet. You decide which building goes where, what the purpose of each establishment is, and take out a load to have it all built. Just make sure you'll have enough for everything, else if you go bankrupt, you lose! 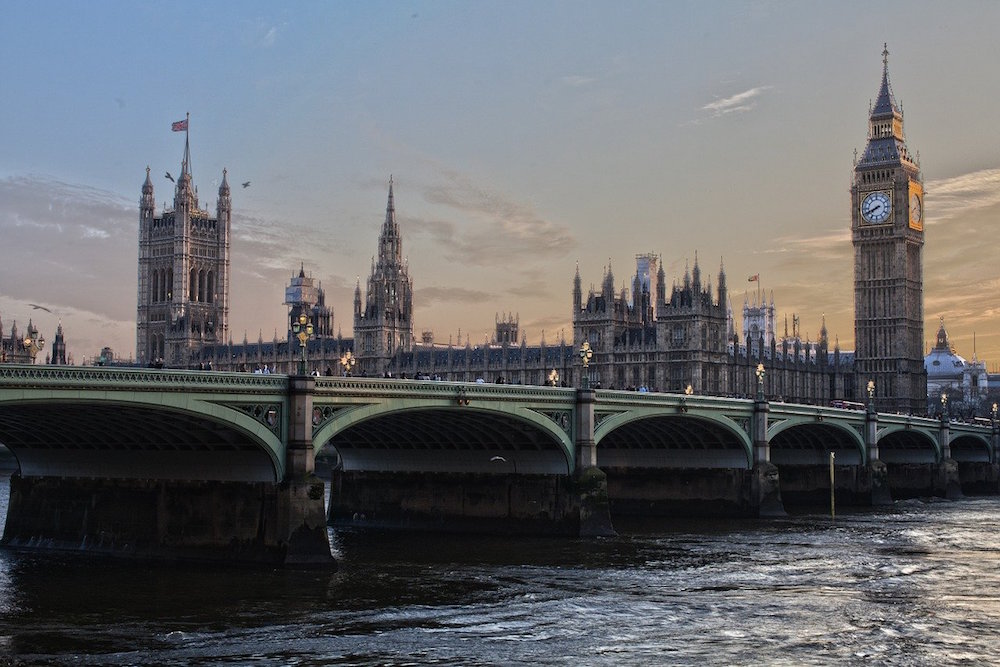 Ever let fate decide what you're going to do next? If you haven't a good practice would be to play Rory's Story Cube Complete Set. This game is so easy and fun, you can play it all by yourself and you'll still be completely immersed in it. The rules are simple: you're given pouches full of dice with all sorts of images on them. You have to create a story every time you roll one. And it's only up to fate to see where your tale takes you next. Whatever action, place, or even character the story focuses on next rely solely on these dices and nothing else. Now, ready to let your creativity flow? Who knows? You might end up with quite the novel there! 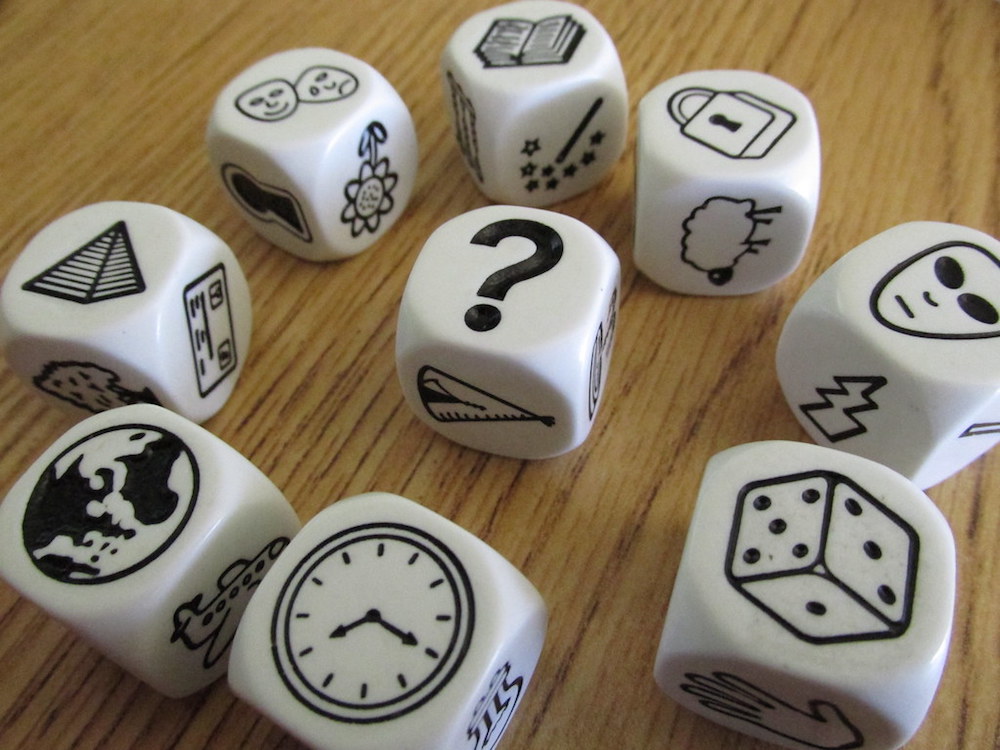 What problems do British people face on a daily basis? And how do they respond to them? Well, when you're stuck at home in London, you won't find out. But an excellent way to know is by playing the very fun, very hilarious board game, "Very British Problems."  The rules are simple: you and your playmates are given situational problems British people face every day. You write down how you'll respond to them and the person who matches the answers to the players wins. In a delightful way, this game celebrates all the awkwardness that comes with being British! 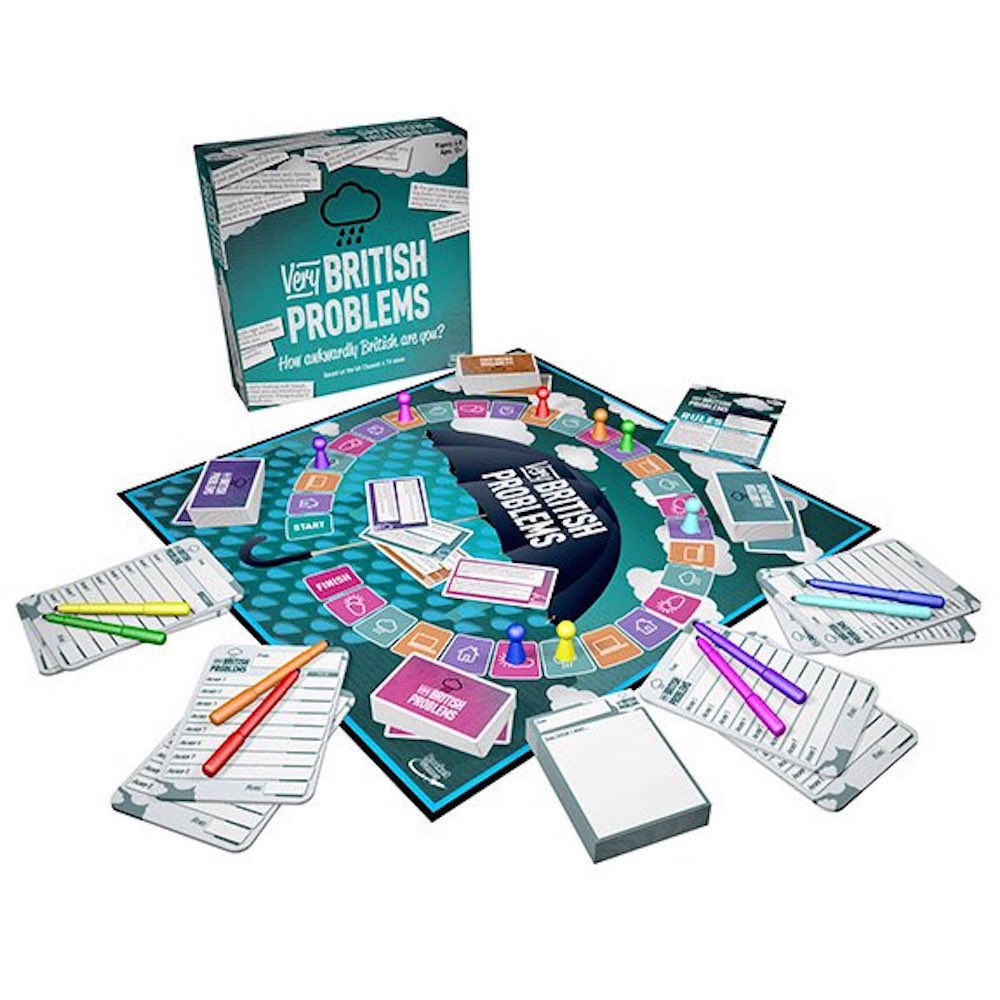 How well do you know Great Britain? You may know London, but do you know the other places beyond the capital? Well, if you think you do, ‘Ticket to Ride; is a game that can easily challenge that. Set in the 19th-century, this fun board game gets you aboard a train and you'll have to decide which routes you're going in order to get to your destination. And remember, this time period is far from the modern railways London has now. With all the confusion you're bound to feel by the end of the game, you'll be grateful you decided to stay home! 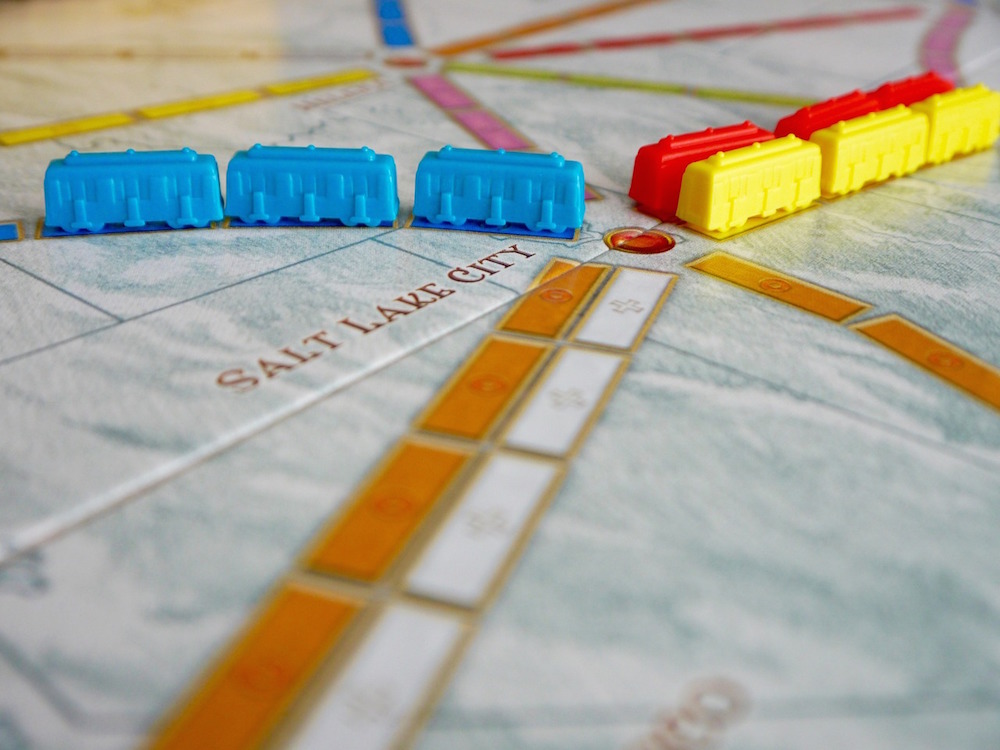 The Great Game of Britain

Similarly, 'The Great Game of Britain' also deals with the British railway system. Boy, people here in London, and probably the rest of Great Britain as well, sure do love their trains! So much so, they've incorporated them in their popular board games. This one, however, allows your opponents to distract and divert you as you try to guess and go for the correct route. Without a strong focus, you might just derail your chances at a victory with this game. And that's part of the fun! 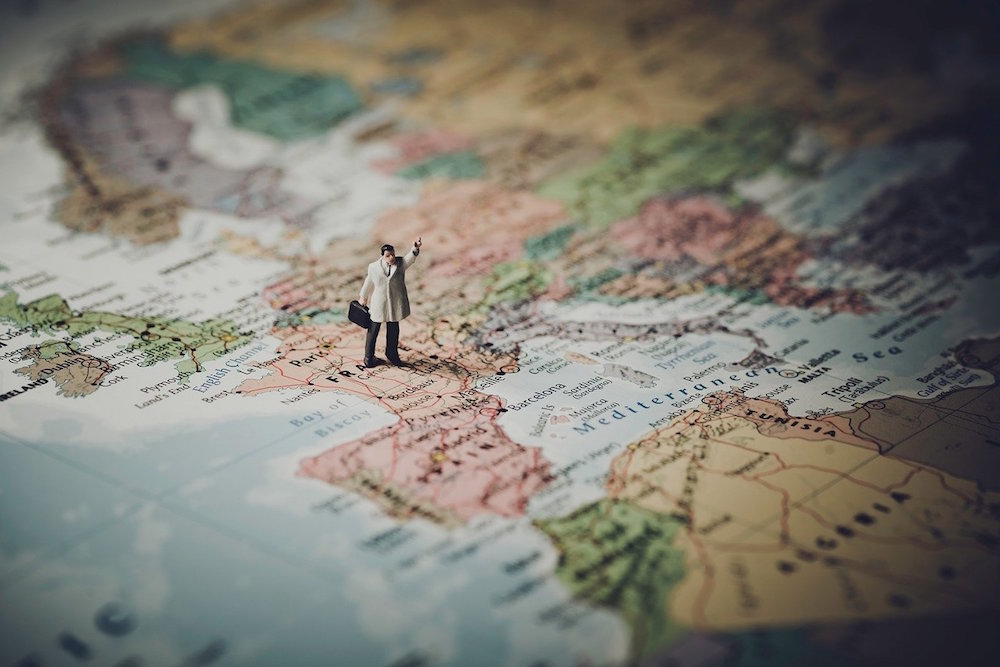 Having to spend the day at home in London? Not to worry! These fun board games that are popular here will keep you and your friends and family company. Just make sure not to let them ruin your relationships with each other after the game!