In Barcelona, if you're not an FC Barcelona fan, you're essentially public enemy #1! Just Kidding! But seriously, the people here at this famous Catalan city are intense football fans. Their love for their team knows no bounds, even more so for the sport. So if you're a football fan yourself, you'll find that there are loads of bars you'll fit right in!

Anyone who's ever been to Barcelona will probably tell you that, for any football fan, going to Belushi's Bar is a must! With over 9 TV screens and 3 projectors (usually reserved for the big games), you can't escape the sport in this establishment even if you tried. And why would you? That's probably the reason you stopped by there in the first place. If not, then it might be their sweet deal of 6 beers for only €10! Now, combine those two together and you'll have quite a night! 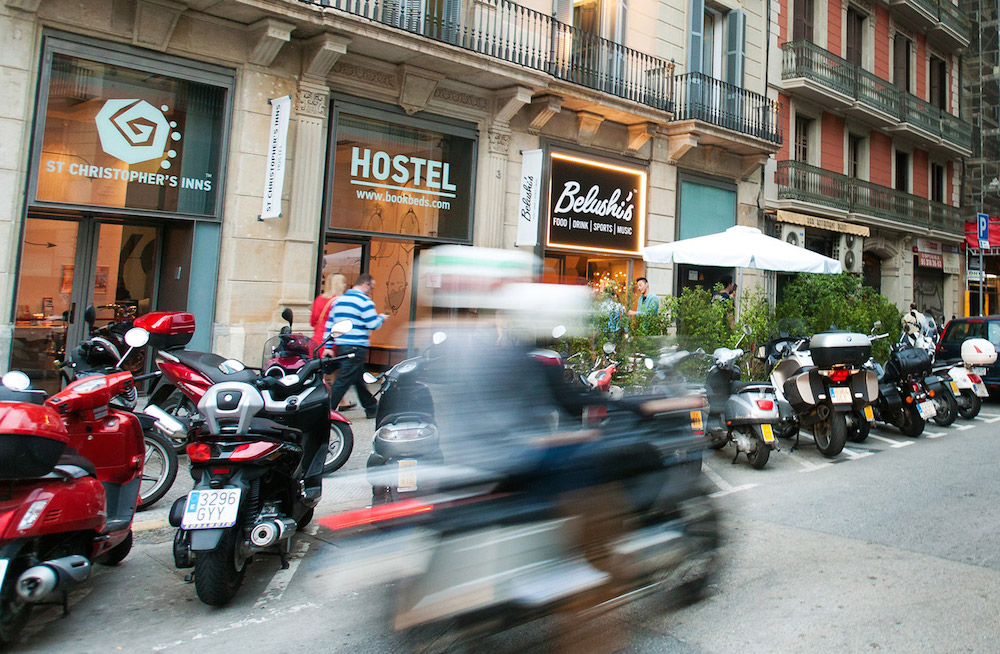 Sometimes, you can't control what you crave. There may come a time while you're in Barcelona that you'll want to eat some rich Italian food. You don't know why but your stomach is just asking for it. But you wouldn't want to travel all the way to the neighboring country to get it, you're still enjoying Barcelona! Fortunately, you can simply stop by the Sports Bar Italian Food. All the way in Calle Ample, this hotspot boasts the best pizza in all of Barcelona. Not to mention a few big-screen TVs to enjoy football with! 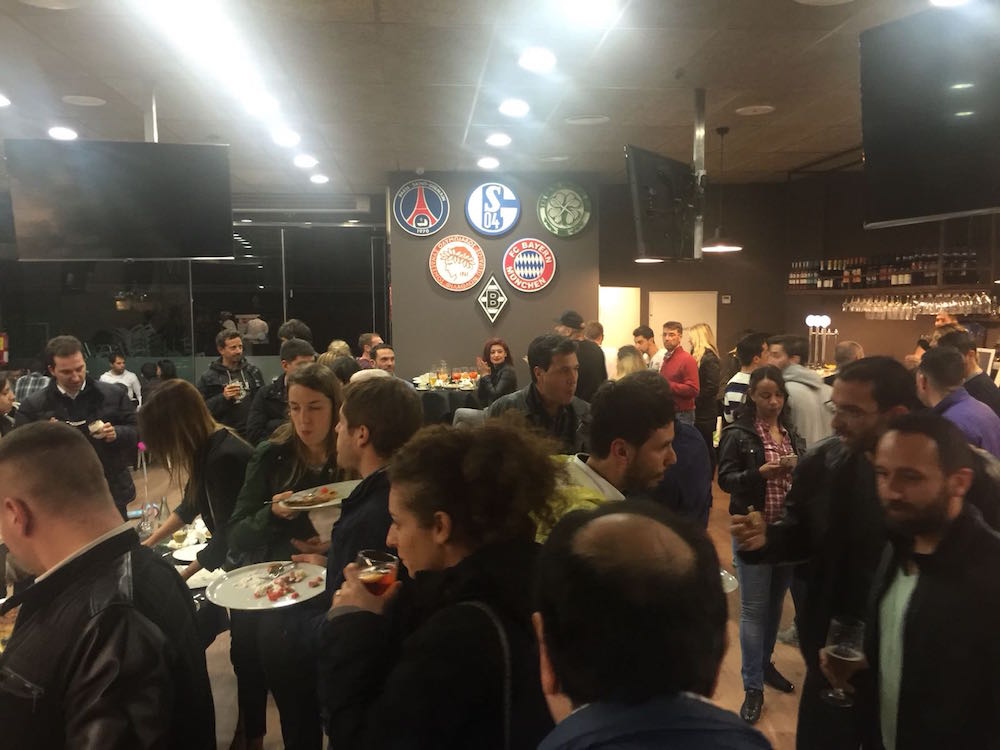 None can party like the Irish, but then, the Spanish can amp up the excitement just as hard. Combine the two and you'll get the unique energy in The George Payne Irish Bar at Plaça d’Urquinaona in Barcelona. Famous for its vast array of beers, this establishment has become the go-to bar whenever La Liga or the Premier League is on. Heineken? Corona? Coors? They serve all of them and with great deals for the night too. 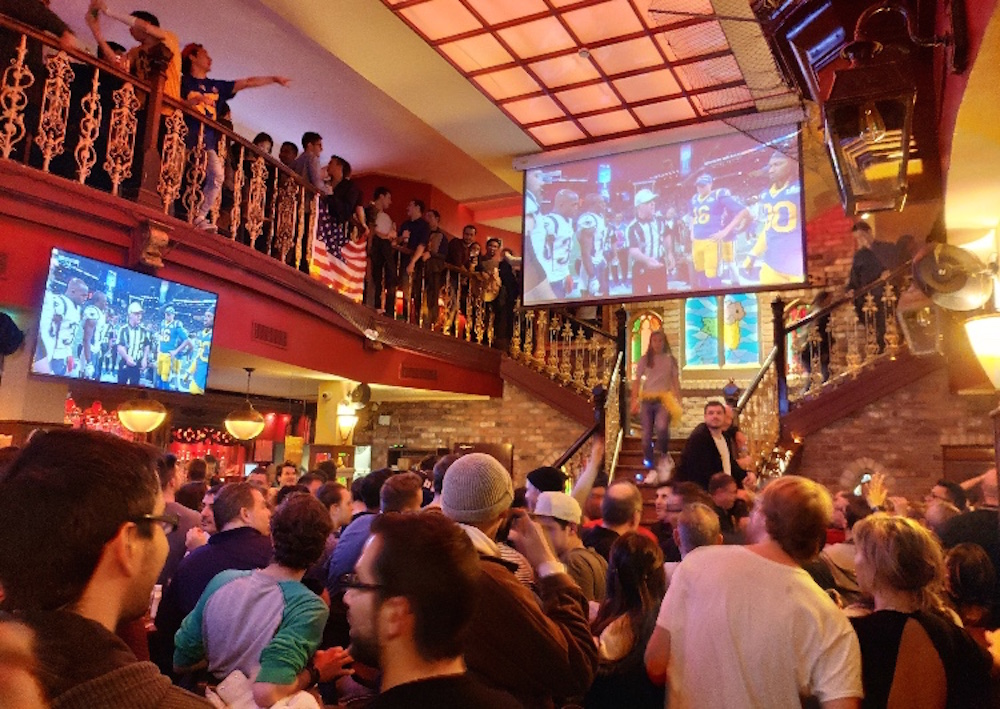 Can't get enough of that signature Irish hospitality in Barcelona? Check out Flaherty's Irish Pub by Plaza Joaquim Xirau. Nestled in the Gothic Quarter, it’s located in one of the most exciting neighborhoods in Barcelona. More than just their love of beer, this bar also serves homemade Irish food too. Imagine chomping down their famous 'Loaded Jacket Potatoes' while you watch your favorite team battle it out on TV. Rinse that off with a nice Coors beer and you're good to go! Furthermore, for a change of pace, they also serve up some live music every Friday and Saturday. 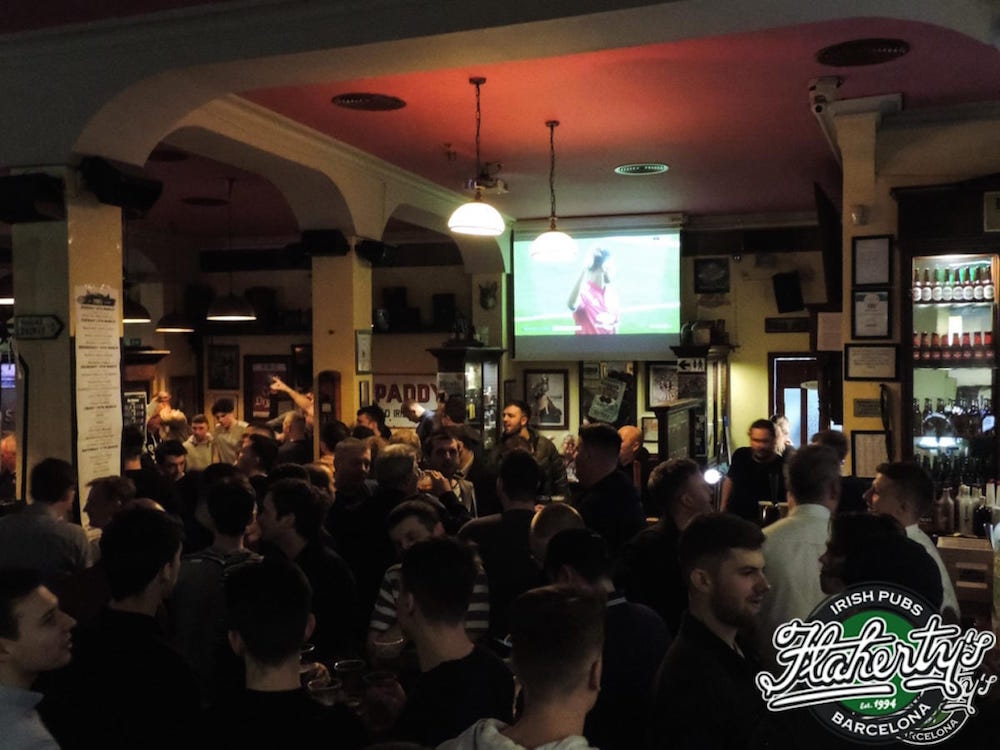 The Americans might have a different kind of "football" but they do know their beers! If you're in Barcelona, you can still get a taste of that authentic American brewage at Cocovail. Their craft beers all have that signature rustic touch that gives you the right kick. And they're perfect for when watching a game with an international audience of fans. And once the game is over, you can still hang out and play board games to continue enjoying the night there. 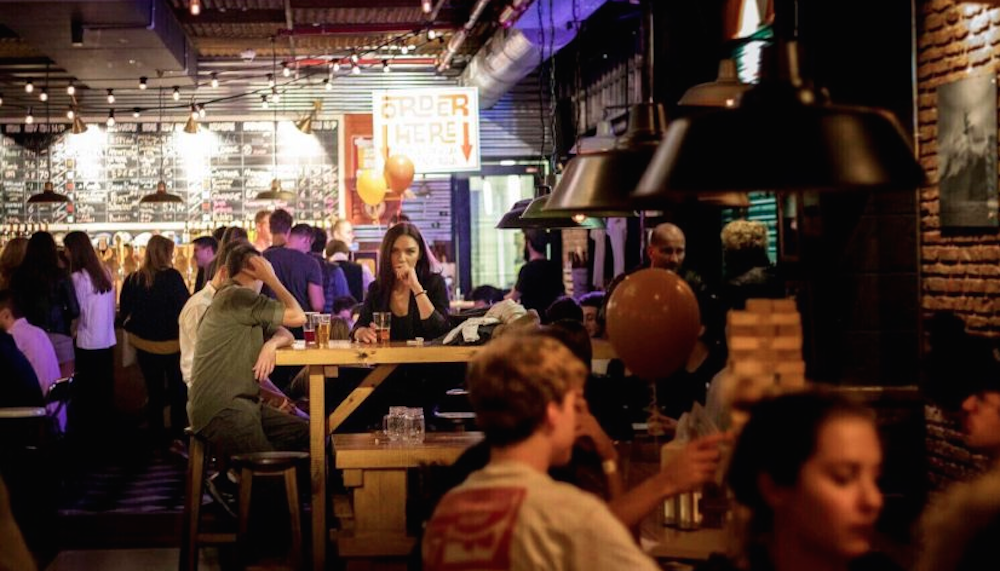 Just one look at Nou Llopart at you'll instantly know that it'll be a great place to watch football in. The entire establishment practically looks like a shrine to FC Barcelona, what with flags, jerseys, and the team's colors splattered everywhere. They know who they're supporting and they're proud of it. However, don't let all the paraphernalia fool you! All football fans are welcome here. As long as you enjoy the game and some well-crafted homebrewed beer, paired with great Spanish comfort food, this is a place for you! 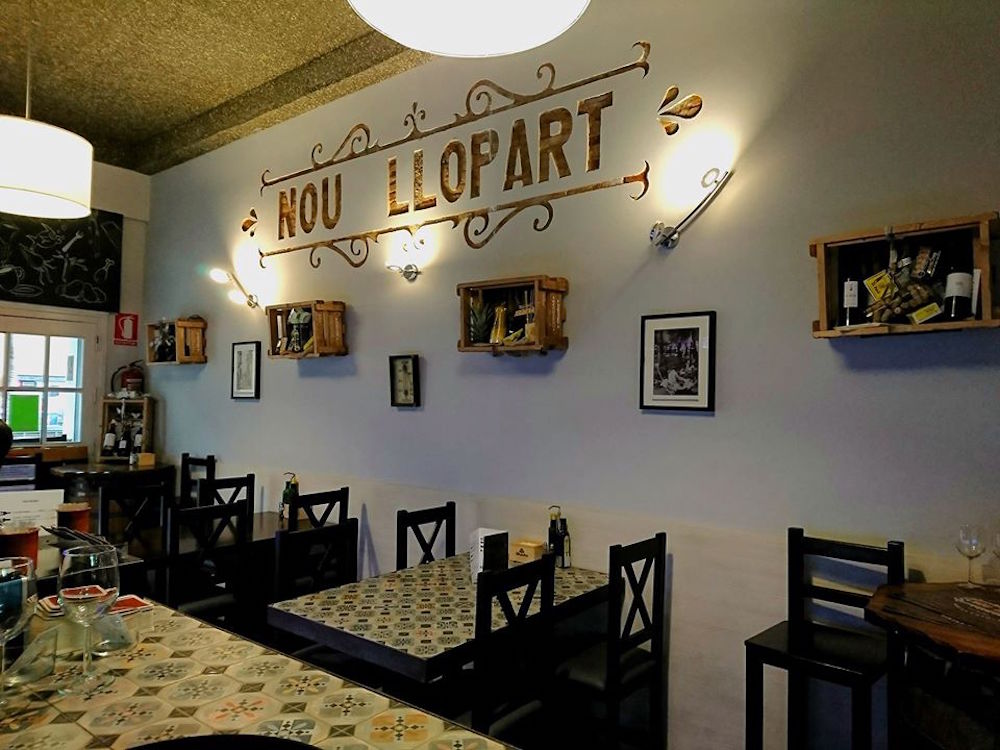 There are two things to love about Granja El Canario. First is the stunning architecture of the building where it resides. Barcelona really is a picture-perfect Instagrammable city when it comes to beautiful exteriors and this structure is no exception. The second is the bar's signature tapas dish: 'Patatas Bravas.' Sure, this dish is quite common in Spanish cuisine, but there's just something about how this bar cooks 'em up that tastes oh so good. And of course, one should never forget, the football!

The rustic space of Sonora Sports Tavern will remind you of the classic taverns of yore. The beautifully crafted interior, the gothic woodcrafts, the slightly dark ambiance—it's as if you stepped into the 1600s all over again. But before you get carried away with all the history, there are two big screens inside the bar that show La Liga and Premier League games. They're two of the few reminders of the current modern age you'll see in this establishment. 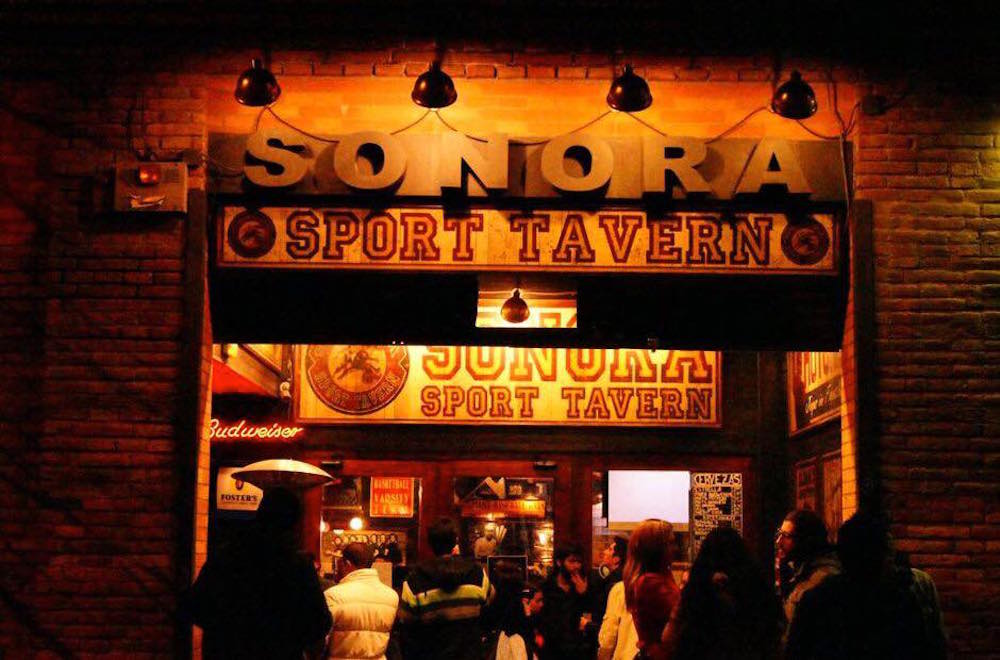 The Ovella Negra bar on La Rambla Street—a street most known for its artworks—is one of few places on this list that it's the people that make the place unique. For years now, this humble sports bar has become a haven for football fans from all around the world. Whether you're from Asia, Latin America, Africa, or other countries in Europe, you'll probably find at least one or two fellow countrymen enjoying their time there. If not, they'll probably drop by on a different night. 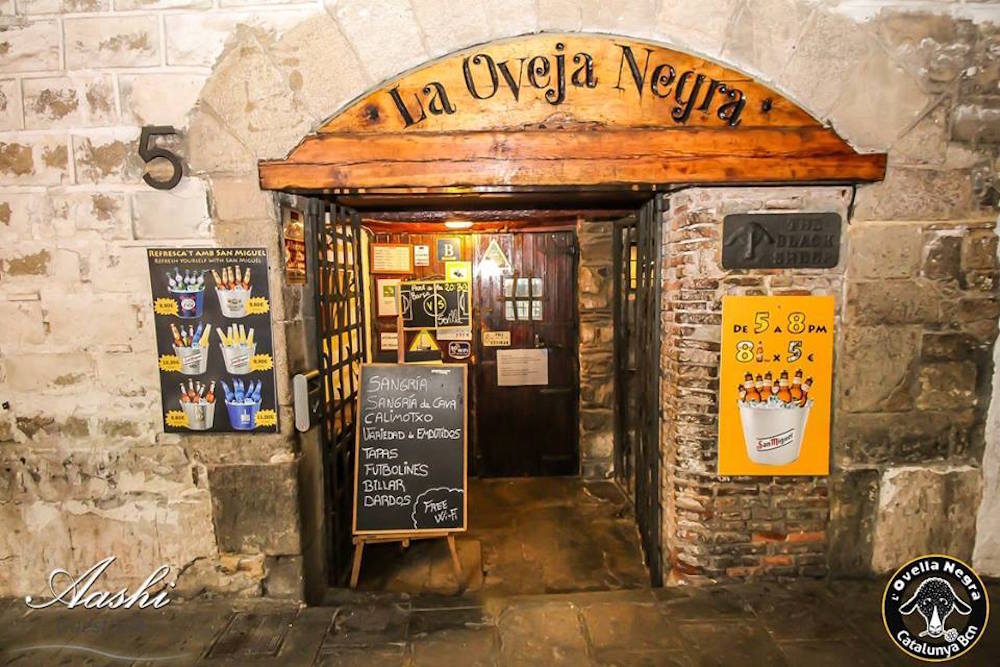 One of the best things about a historic city like Barcelona is that many of the establishments here are still family-owned. True-blue 'mom-and-pop' places where you can hang out, chill, and watch a football game. For more than half a century now, Montserrat and Ramon have kept and run Bar Brusi for locals and tourists to sit back, relax, and enjoy their favorite sport. It's become a popular hot spot for locals particularly, mostly because of the adorable pair and their signature tortillas!

In many sports bars in Barcelona, the atmosphere can often get really tense? What do you expect? Football is a very tense sport. And with such passionate fans, there's bound to be a riot or two sometimes. Not, however, at Belchica in Villarroel. For some reason, this unique hotspot is one of the friendliest pubs in the city. Not to mention they serve some fine Belgian-style beer. Maybe that's the secret why football fans who come here rarely start a ruckus? Maybe!

Craft beers and tapas—the ultimate meal when watching a football game in Barcelona. Fortunately, Ceverseria Catalluna at Encarnació serves some of the best in the city. When you stop by this place on your Barcelona stop, you'll instantly feel like a local. And you'll be surrounded by them too as this has become one of the most popular sports bar in all of the Catalan city.

Here in Barcelona, when in doubt, watch a football game. It's sacrilegious not to do so in this passionate city! And with so many amazing bars to go to, why shouldn't you?