The Top Five Most Fashionable Hollywood Movies Set in Paris

It's no secret that Paris is one of, if not the most glamorous city in the world! It's regarded as the planet's 'fashion capital,' after all! But over the last few decades, it's also played as the perfect setting for a ton of Hollywood movies. It seems Tinsel Town has a love affair with the 'City of Lights,' with many of its most memorable films taking place here. And every so often, the fantasy of film and the gloss of fashion coincide, resulting in memorable movies that continue to captivate audiences to this day. Here are the top five most fashionable Hollywood movies set in Paris. 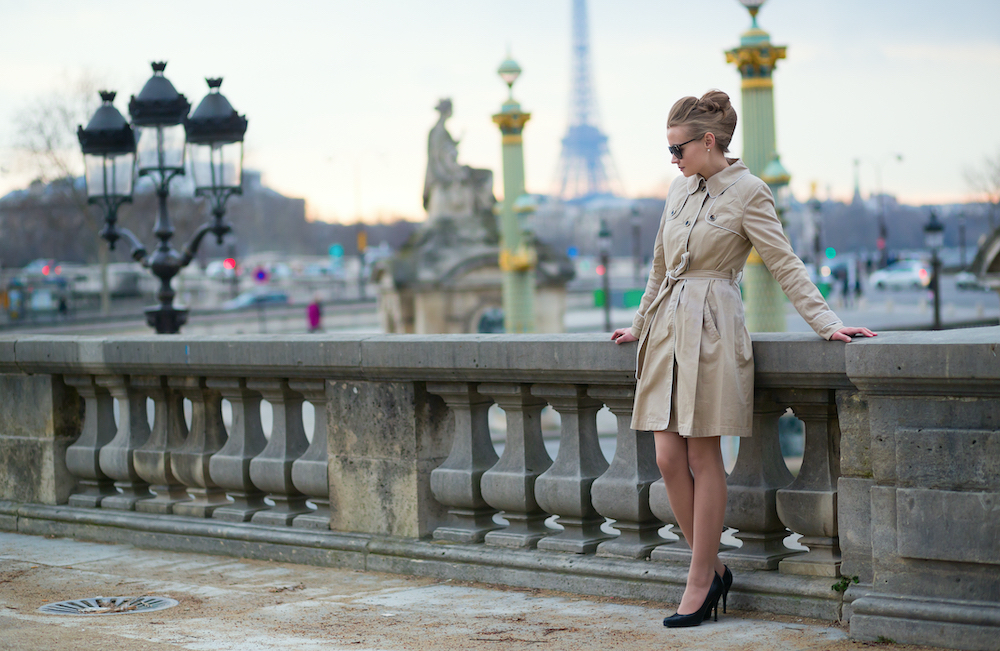 Is it really a surprise that an Audrey Hepburn film starts off this list? During her lifetime, both on and off the screen, the style icon was a darling of Paris. She worked here countless times, most famously for her 1957 romantic comedy flick, 'Funny Face.' In this couture-crazy musical, Hepburn stars Jo Stockton, a bookshop keeper-turned-model that was sent to Paris to show off a designer's latest collection. In real life, the movie was also a collaboration between actress/muse Hepburn and her most famous partner, Hubert de Givenchy. Who could ever forget that iconic fashion shoot sequence? Source: Paramount Movies Digital YouTube Channel

The famous collaboration between French designer, Hubert de Givenchy, and actress Audrey Hepburn didn't stop at 'Funny Face.' Nine years later, in 1966, 'How To Steal A Million' saw Hepburn gallivanting around the French capital in Givenchy again. This time, she plays Nicole Bonnet, the socialite daughter of a prominent art collector who's actually a successful forger. She partners up with Peter O'Toole's debonair 'Simon Dermott' and plans a heist in a museum in Paris to get what seems like a priceless work but is actually another fake. It's in this film that Hepburn donned another iconic LBD, one decorated in lace for that signature Parisian look! Source: Trailer Chan YouTube Channel

Figure-enhancing corsets, Belle Epoque dresses, lacey lingerie looks, and feathered showgirl costumes. These are what made the cult classic 2001 hit movie musical, 'Moulin Rouge!' a fashion favorite. Of course, since it's a period film set in the French capital, the costumes are going to be amazing. Catherine Martin and Angus Strathieboth deservedly won the Oscar for Best in Costume Design during the 74th Academy Awards back in 2002. Nicole Kidman, dressed in the most elaborate silhouettes, the sexiest lingerie, and the flashiest costume jewelry, looked like a Henri de Toulouse-Lautrec painting come to life. If only the actual Parisian cabaret in La Quartier Pigalle remained this glamorous! Source: Movieclips Classic Trailers YouTube Channel

Here's another Parisian period piece for you: 'Chéri' in 2009. Based on the novel by Colette, the beautiful Michelle Pfieffer stars as Léa de Lonval, a middle-aged retired courtesan who falls in love with a young man who's the son of an even older former courtesan. Spoiler alert: the titular 'Chéri' actually refers to Pfieffer's on-screen lover, played by the handsome Rupert Friend. In the film, the iconic actress enchants audiences in elaborate costumes made by Academy Award-nominated designer, Consolata Boyle. Wide-brimmed hats, draped silks and satins, and opulent jewelry will have every fashion-lover's eyes glued to the screen. Source: MiramaxFilms YouTube Channel

There are two reasons why the 2011 romantic comedy hit, 'Midnight in Paris,' is a fashionable film. Firstly, there's Rachel McAdams' relaxed contemporary style during the present-day sequences. In her scenes, she dresses up in a ton of Paris wardrobe staples, such as a Chanel jacket, denim jeans, relaxed button-downs, and the like. But when Owen Wilson's 'Gil' steps into 1920s Paris, the likes of Marion Cotillard (as Ariana), Alison Pill (as Zelda Fitzgerald), and Sonia Rolland (as Josephine Baker) all sparkle in period costumes from that era. Think dropped-waist dresses, flapper frocks, exuberant prints, and lots of sparkles! They don't call 'em the 'Roaring Twenties' for nothing! Source: Sony Pictures Classics YouTube Channel

When the fantasy of film and the fashion of the French collide, you know it's going to be set in the sparkling 'City of Lights.' Over the years, a number of Hollywood movies set in Paris have enchanted audiences for their unmistakable glamour!

Cozy up in your luxury home in Paris and watch these fashion-filled films in your free time!