The Best Places To Eat in Antwerp

In every city, there are those places that you just have to go to no matter what! And this doesn't just apply to top tourist attractions and iconic monuments. Those places are great, sure, but for a lot of people, the best culinary hotspots are where it's at! To really get to know a city, why not go to the restaurants, bistros, cafes and the like where many people go to every day? It's not just that they eat here, but that these are also where they serve the best of the best. Here in Antwerp, these hotspots are the best places to eat! 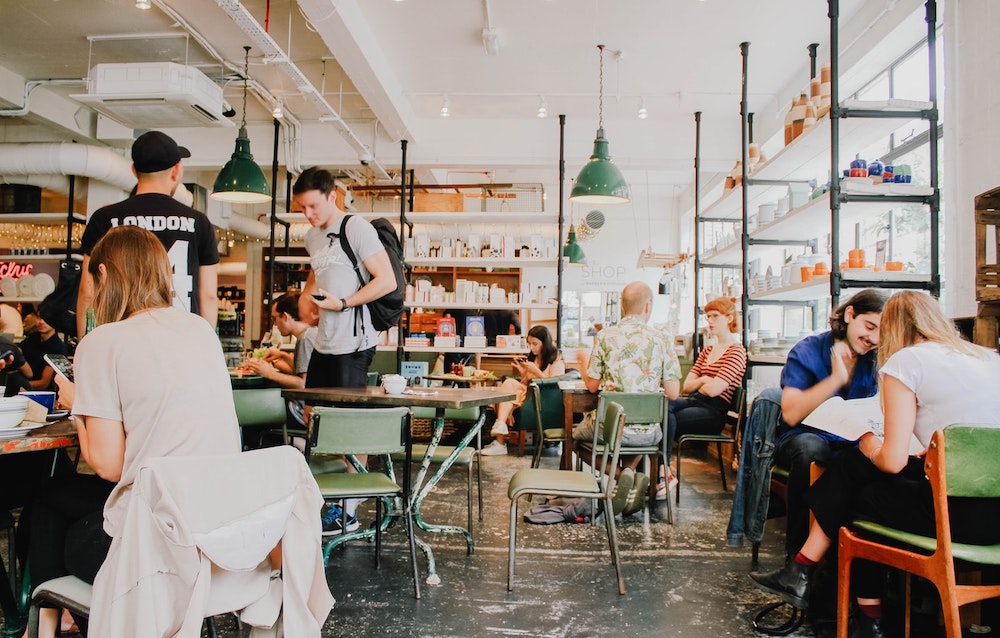 First up, BelRoys Bijou! More than just a foodie hotspot, it's one of the best places to get a cocktail during happy hour! BelRoys Bijou has distilled spirits and bottled cocktails over the years, allowing for Belgian-made alcohol to take over the nightlife scene in Antwerp. And what should you pair with your cocktails? Their well-made tapas, of course! Playing with tastes, flavors, spices, and more, BelRoys Bijou's tapas are some of the best in the city. Some would even say they rival even those in Seville, Spain too, the birthplace of tapas! Will you check this place out to taste them for yourself? 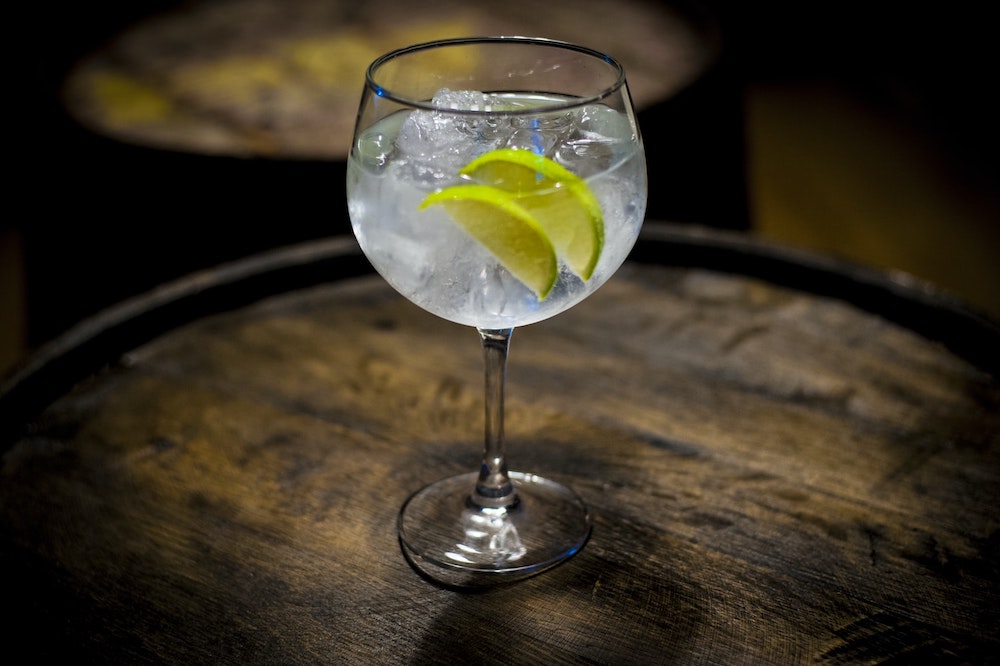 When you say you want to go to the 'Bourla' in Antwerp, many would expectedly think you're referring to the famous Bourla Theater. However, the cafe there is actually just as popular! With its old-world ambiance of crystal chandeliers, red leather seating, and the like, it's an entire culinary experience you wouldn't want to miss while you're in the city. Most especially when you see its menu of delicious Belgian dishes! Think mussels that were freshly caught and preserved just right. Flemish stew that's as traditional as it can get. And don't forget the well-seasoned steak that will really fill your stomach! 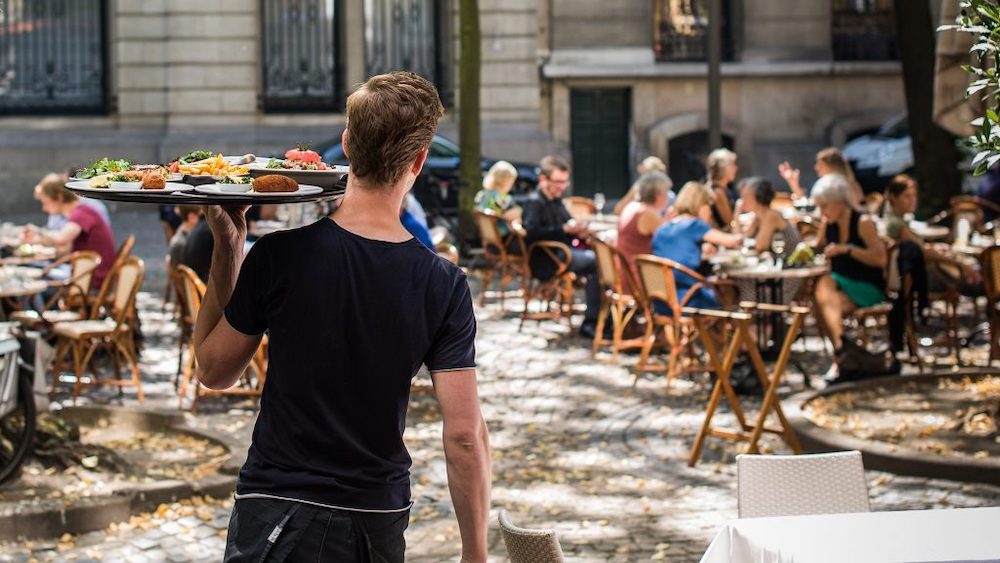 Graanmarkt13 is a store, a restaurant, and an apartment all in one! On the second and upper-level floors are the store and apartments, respectively. While the first floor is all about the al-fresco restaurant that everyone who's anyone in Antwerp has raved about! Who wouldn't talk about the excellent work of the place's prominent head chef, Seppe Nobels? His vegan dishes and vegetarian treats are off-the-charts! They're almost good enough to convince the most hardcore carnivores to consider changing their lifestyles! But when they eat some of the hotspot's meaty sensations, they'll probably forget about going vegan in a snap! 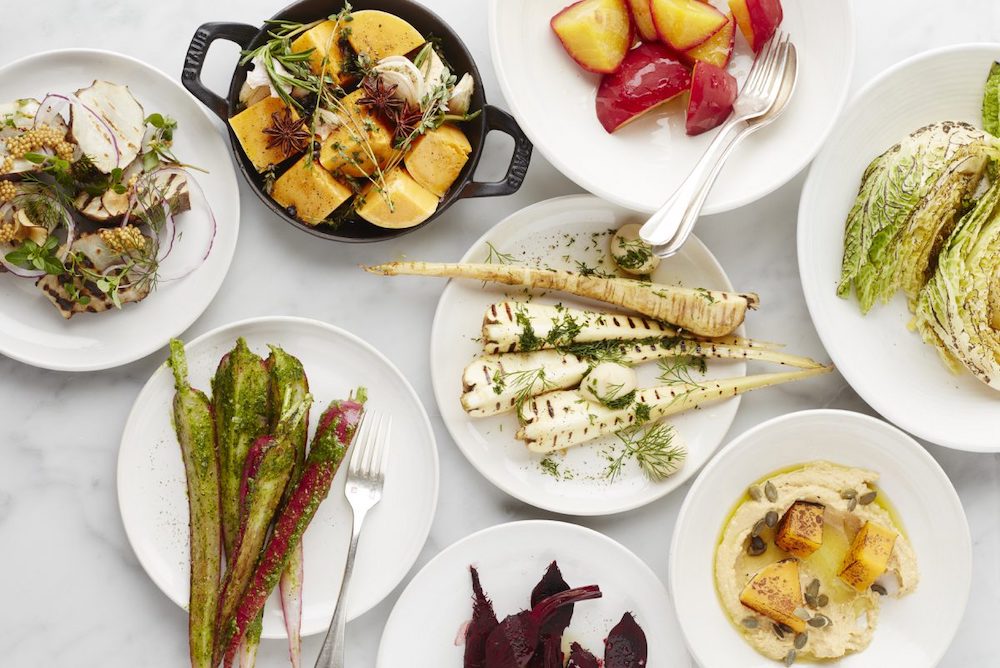 Also known simply as 'Rooden Hoed,' Antwerp's Grand Café Den Rooden Hoed is definitely a foodie favorite! It helps that it's also located on Oude Koornmarkt, a famous street in the city. This makes it easy to go via public transport! However, all credits of its popularity deservingly go to its delicious Belgian cuisine. Even their meat and potatoes, which is ordinarily a commoner's dish, will taste so good, it will almost feel luxurious! Add to that the historical value of the building—going all the way back to the 16th century—and you've got yourself quite the hotspot! 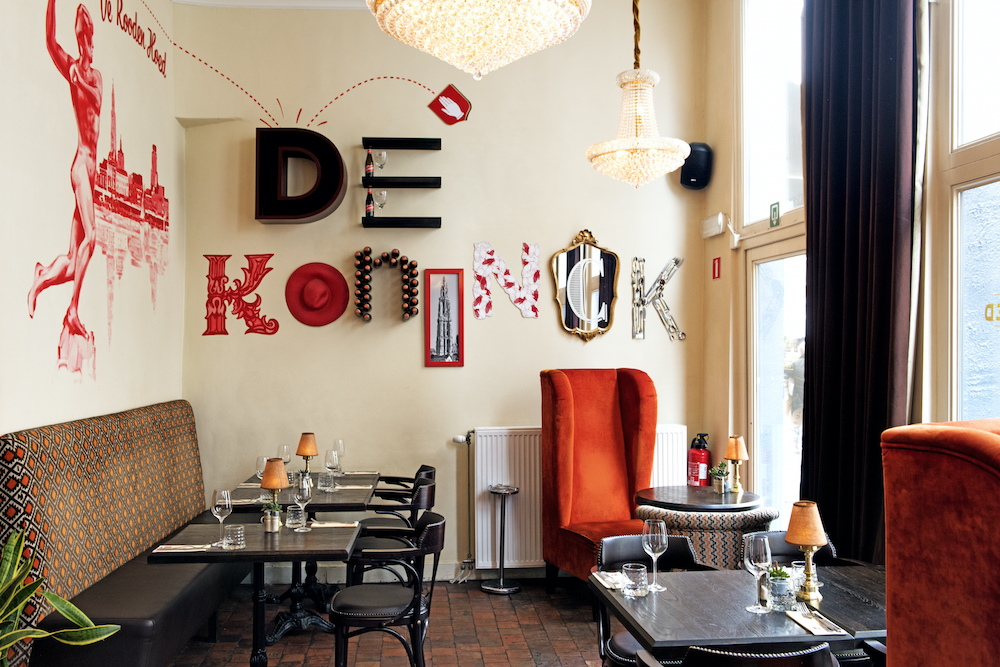 If you're really into the healthy lifestyle, there's no other restaurant in Antwerp that will suit you more than Mjams by Mr. Higgins! This place is vegan and vegetarian all the way, making use of the freshest ingredients one could find in the city. Sure, perhaps, since food costs in Antwerp aren't that bad, you can easily make yourself something good! But you haven't lived until you've tried this hotspot's Bruschetta, havermout banaan pancake, and tartine avocado zalm! They taste so good, you won't want to eat meat ever again after going here! 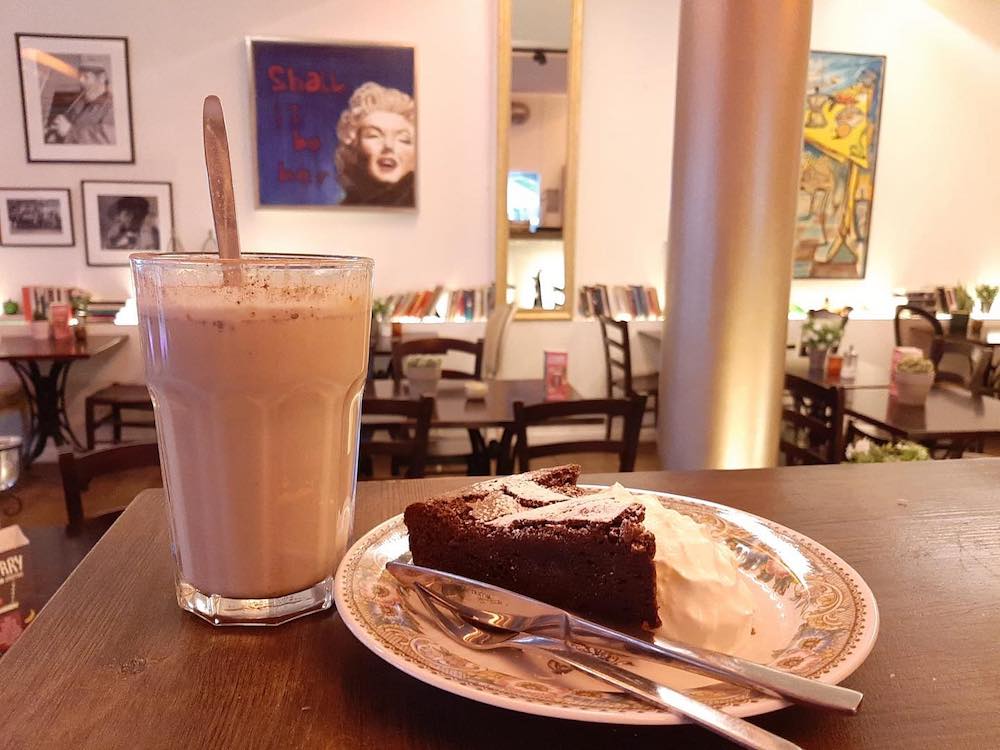 Located in Laarstraat, a northern district of Antwerp, it's not exactly at the heart of the city but all the efforts to get here are worth it! That's because the food here is nothing short of spectacular! Serving up a deliciously traditional Belgian menu, you'll really get to taste what this country, especially this city, is all about! The place's signature eel and fish offerings, for instance, are so flavorful, you'll feel as if you're actually tasting the sea! Up for some partridge? Expect a well-seasoned bird on your table in no time! These are types of haute cuisine to expect in this culinary hotspot! 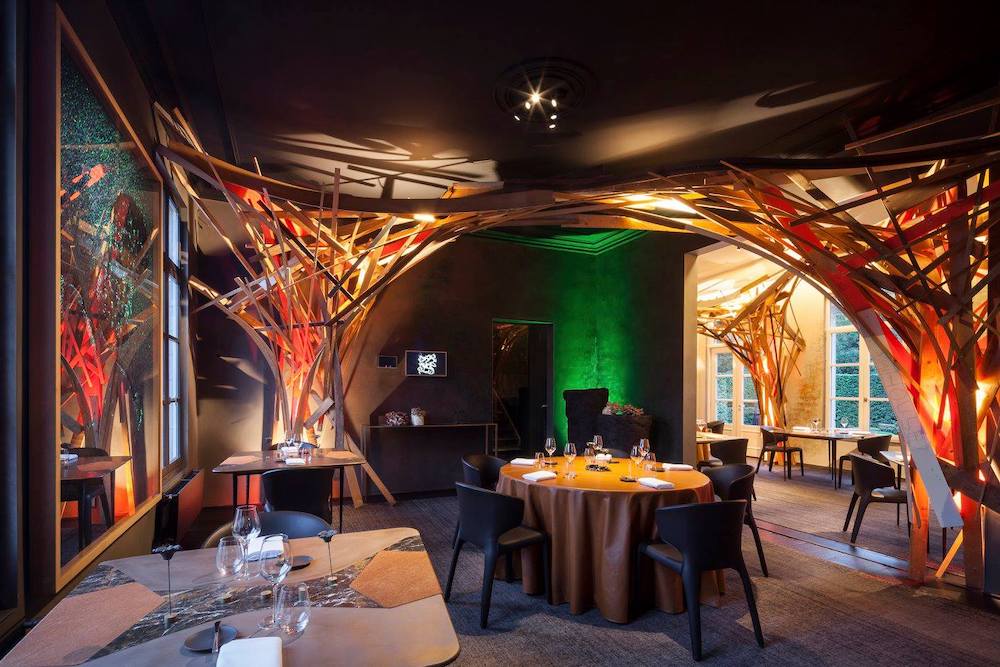 Now, for a more charming place to eat in Antwerp! Simply Marie is simply adorable, delicious, amazing—every positive adjective you would find in the dictionary! This lunch bar is the go-to foodie hotspot for the best comfort food in the city! Think classic quiches with leeks and bacon. Or a warm bowl of tomato soup with scrumptious meatballs. And for dessert, why not a yogurt cake made out of authentic Greek yogurt? Oh, but as delicious as they all are, they're not the best part! What will really excite you about this place is that there are no options that cost more than €15.00! Yep, it's exceptionally affordable here! 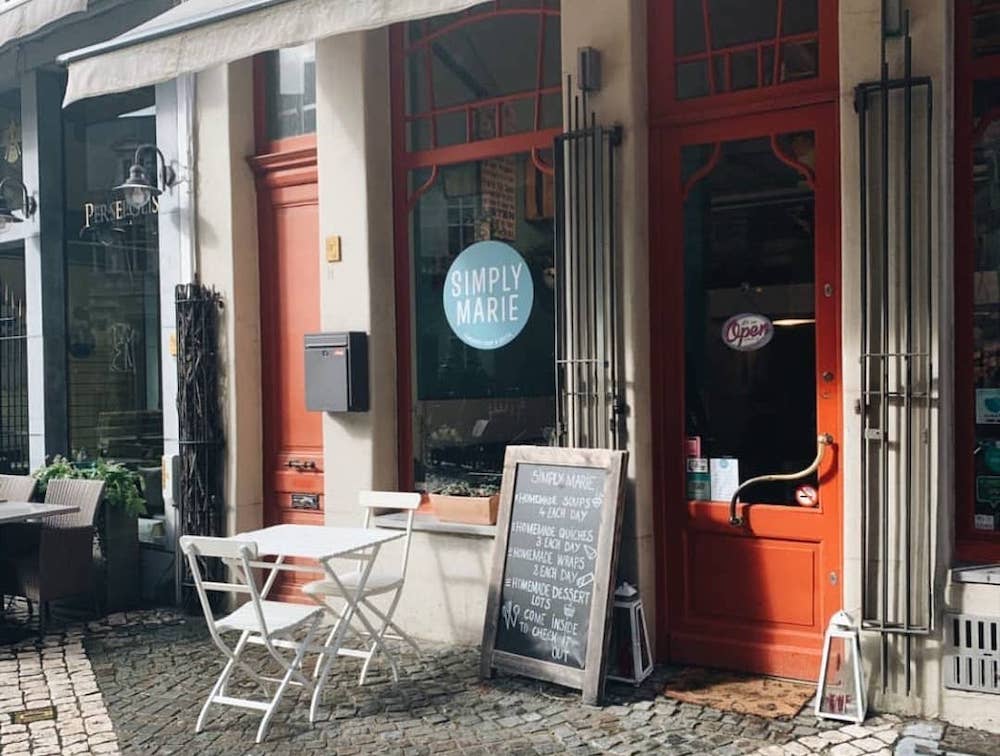 Another place named after a woman, The Jane offers up a modern and luxurious culinary experience in Antwerp. The place was founded by two extraordinary chefs, Sergio Herman and Nick Bril, and here they serve up fusion cuisines that will tantalize your taste buds unlike any other! The most delicious of which arguably is 'Nick’s Japanese fetish,' offering up the chef's own unique twists and spins on the Eastern cuisine. All of your favorite Japanese delicacies, from such and sashimi to all sorts of tonkatsu, never tasted this good before! Is your mouth already watering? 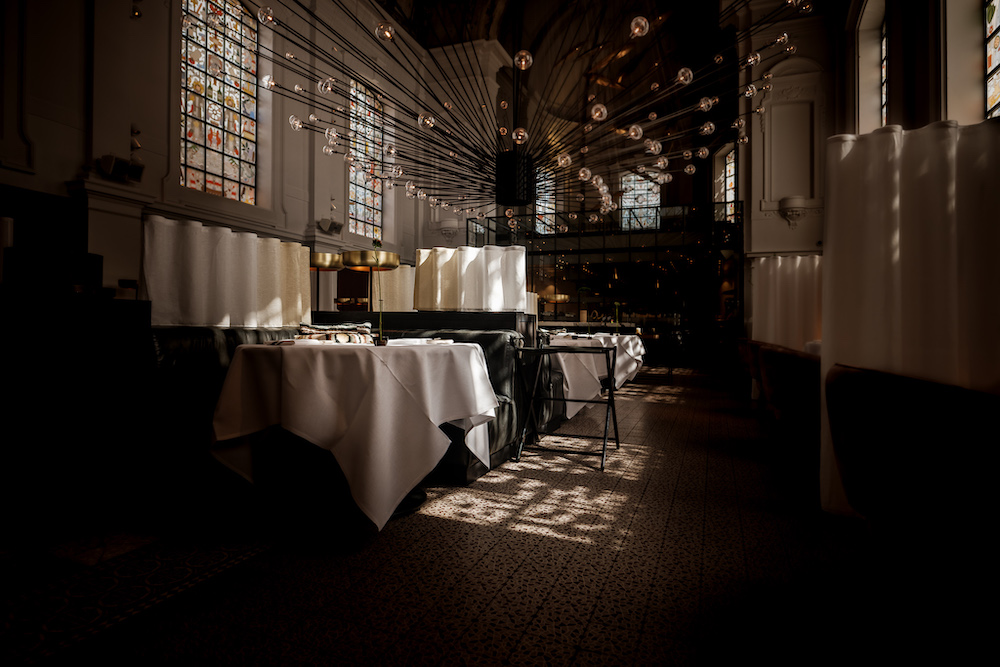 Antwerp is far from what many would consider a 'food capital' but it still has a lot of aces up its sleeve. Not the least of which are some fine culinary hotspots where you get bang for your buck in terms of going for the most delicious food in the city!