Moving to Paris? Where to Live as an Expat Family

2021-07-18
Upping sticks and moving to a new city can be nerve-wracking at the best of times, but when you factor into that a family and children, it can seem even more daunting. But it doesn’t need to be. There are so many options for families moving to Paris. From pretty towns on the outskirts of the city to beautiful homes right in the centre, there’s something to suit every family. Taking into account schools, shops, healthcare and transport, here’s our guide to where to live as an expat family new to the French capital.

While some families moving to Paris want to be in the centre of the action, moving slightly further out of the city to a nearby suburb can be a great option for expats. Le Parisien newspaper studied the positives and negatives of 385 towns in Paris and built a quality of life index to take into account factors like the environment, schools, sports and entertainment, real estate, health, transport and security. Versailles came out on top. The town is 22 km to the south west of Paris and on the RER commuter train network. Families moving here can also expect to pay up to a third less per square meter for their property. You might even get a garden. 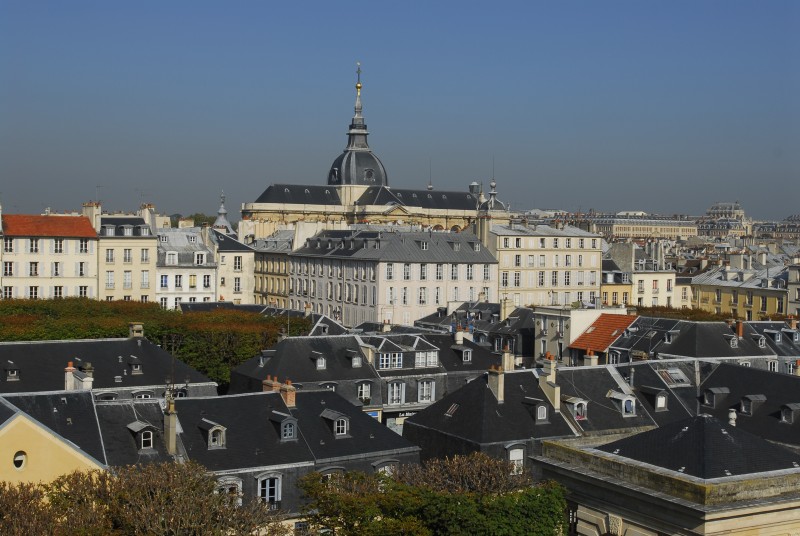 Back to the centre of Paris and to the 16th arrondissement. This beautiful area in the south west of the city is home to the Tour D’Eiffel and if you’ve got your heart set on living in an apartment with a view of the Eiffel Tower then this is the neighbourhood for you. The 16th arrondissement is one of the most popular neighbourhoods for expat families thanks to its safe streets and green areas. There are also a whole host of international schools here which make educating international children much easier. There is a large American community here as well as British and Canadian so you can expect to find international food aisles in most of the super markets, which will go some way to making you feel at home. The second largest green space in the city, Bois de Boulogne is right on your doorstep, perfect for jogging or lazing in the sunshine. The streets here are lined with tempting cafes and restaurants so you’ll be spoiled for choice when it comes to French (and international) cuisine. The Jardins du Trocadéro can also be found in this area which offer one of the most spectacular view in Paris. Families looking for a new home in the 16th arrondissement will love this spacious apartment with four bedrooms and three bathrooms. 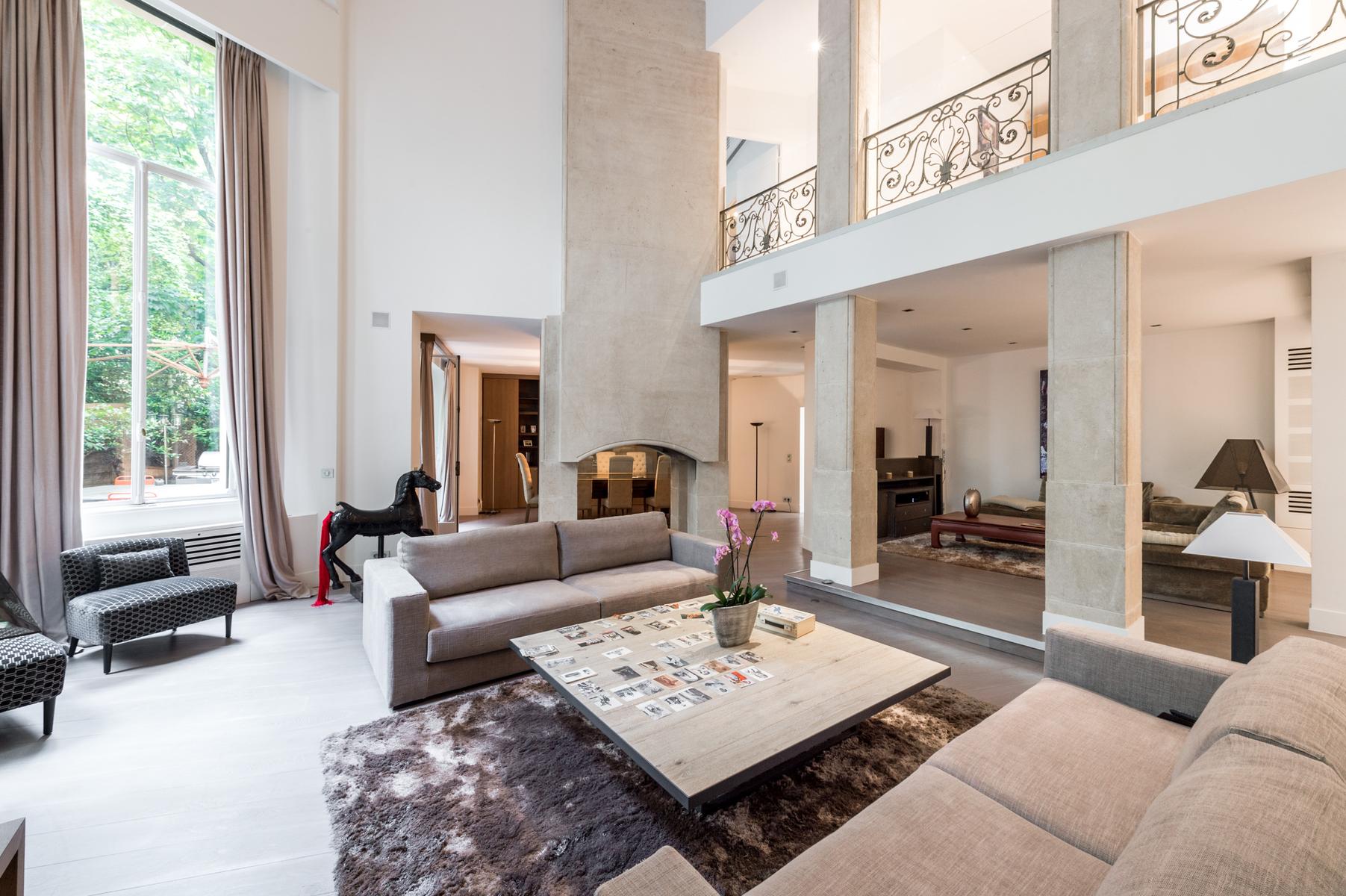 While it might not quite have the same glitzy reputation as its neighbour, the 15th arrondissement actually has so much to offer and is a solid rival to the 16th. Sometimes called Vaugirard because of the long street that runs through it, this neighbourhood starts at Champs de Mars, just south of the Eiffel Tower and has a real neighbourhood feeling. The streets are lined with shops, restaurants, markets, and boulangeries and there are plenty of schools located here. In fact, the world-famous Cordon Bleu – the most well-known cooking institute in Paris – has been in this area since 1895. This two-bedroom apartment in the 15th arrondissement is the perfect place for expat families to start their new lives. With a private balcony and plenty of indoor space, the children will be in their element. 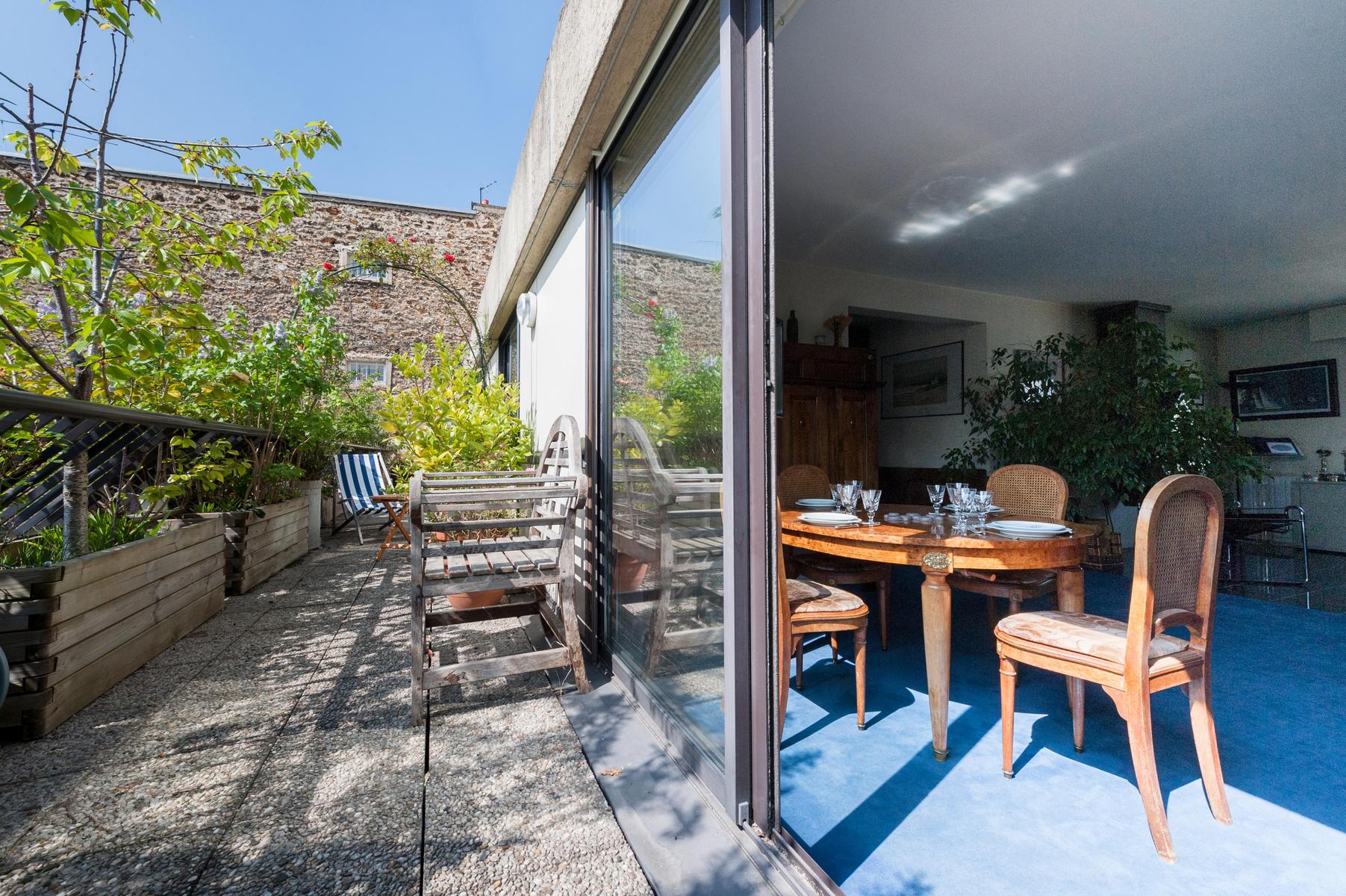 In the suburbs between Versailles and Central Paris is Boulogne-Billancourt, voted the second best place to live in Paris for families. The leafy neighbourhood is home to parks, schools and (slightly) more affordable housing. Living here would give you a real taste for local life and make you feel like a proper Parisian. While the neighbourhood is easily accessed by public transport from central Paris, it also has a number of things that are worth seeing in their own right including Musee Albert Khan. 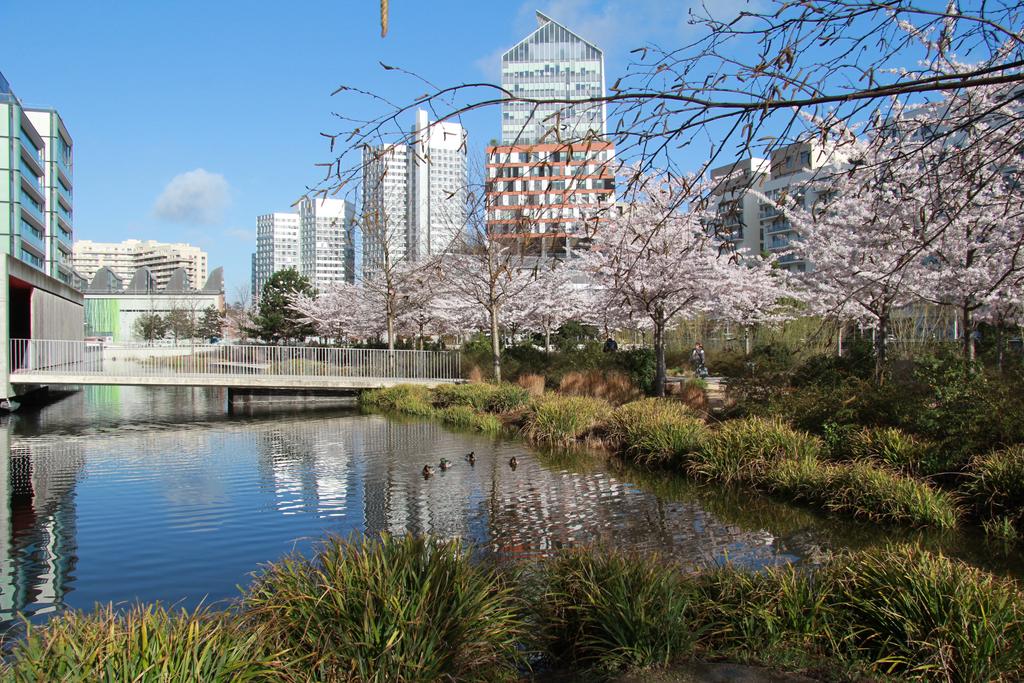 The 4th arrondissement includes the historical Marais area which is one of the best areas to live as an expat in Paris and that includes with children. The elegant neighbourhood is one of the most popular (and trendiest) for both locals and expats thanks to its charming back streets, extensive restaurant choices and some of the best coffee in Paris for tired parents. The gothic architecture in the area also means you’ll likely live on a picture-perfect Parisian street, like the ones you imagined when you decided to move. The area is rich in museums and art galleries, meaning culture-lovers will relish having it all at their fingertips. A lot of Marais locals have taken up cycling in recent years so you can whizz the children to and from school. This three bedroom apartment in the Marais has plenty of room for family of four and a large kitchen for cooking up French feasts. 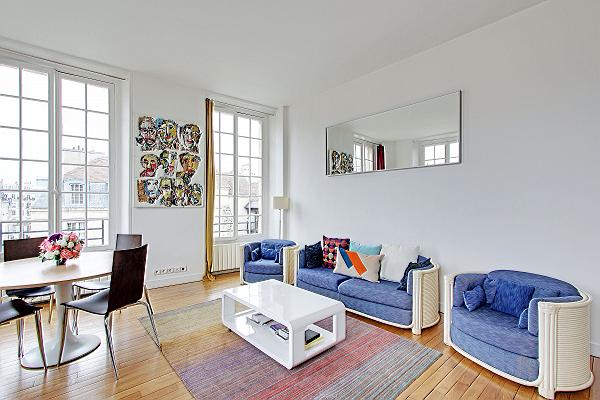 Thanks to its iconic status in films and art, people all around the world dream of having an apartment with a view of the Eiffel Tower. And while a close-up view of the iron structure might be hard to come by, the neighbourhood is surprisingly accessible for expats to live in. The area is expensive with apartments costing upwards of EUR 2,000 a month for a small space but you’ll be paying to live out every Francophiles fantasy. The neighbourhood is good for families with lots of schools and green space for children to play and it is well connected to the rest of the city by metro, boat and walking routes. There is a real community feel here with boulangeries, green grocers and fromageries still the shopping places of choice instead of large supermarket chains. You can take the kids out for the best brunch in Paris and then wonder the streets, thinking about how lucky you are to live in such a charming city. This four-bedroom home within walking distance of the Eiffel Tower is the perfect base for a family. There’s even a nursery with a baby cot. 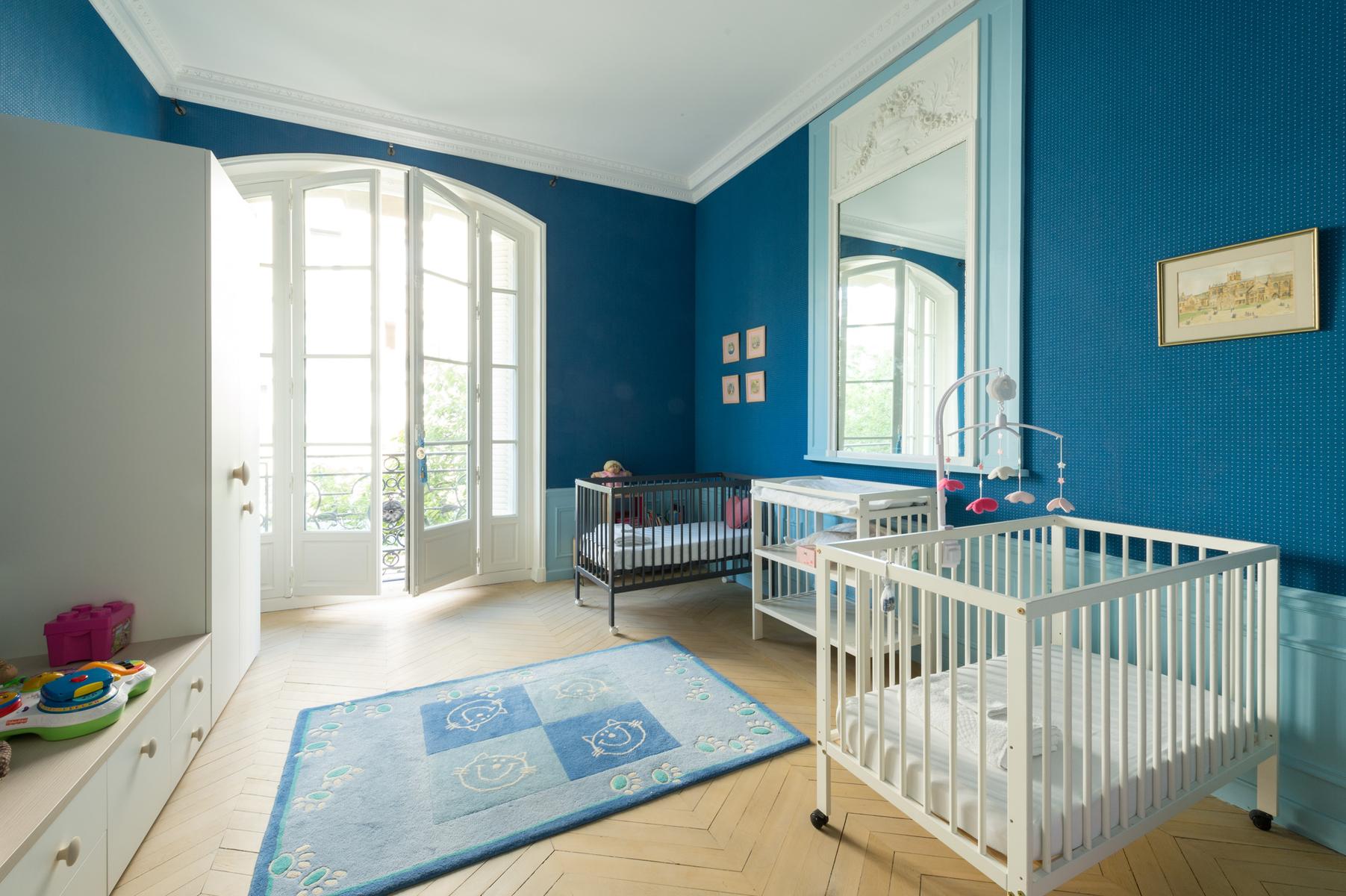 This five-bedroom family home in the 17th arrondissement is spread across four levels with three brightly coloured kids rooms and a pastel tiled entertainment room full of toys for them to play with. The bathroom even has a low sink, specially for little ones. Living in this spacious loft will really make you feel like a glamorous Parisian local and it’s also in one of the best areas for expats. It’s one of the least visited areas by tourists but is renowned for being one of the most prestigious residential areas in the city. With that prestige comes dozens of world-class educational facilities including schools and a university. The area is also home to many vibrant markets where you can pick up all your daily groceries. 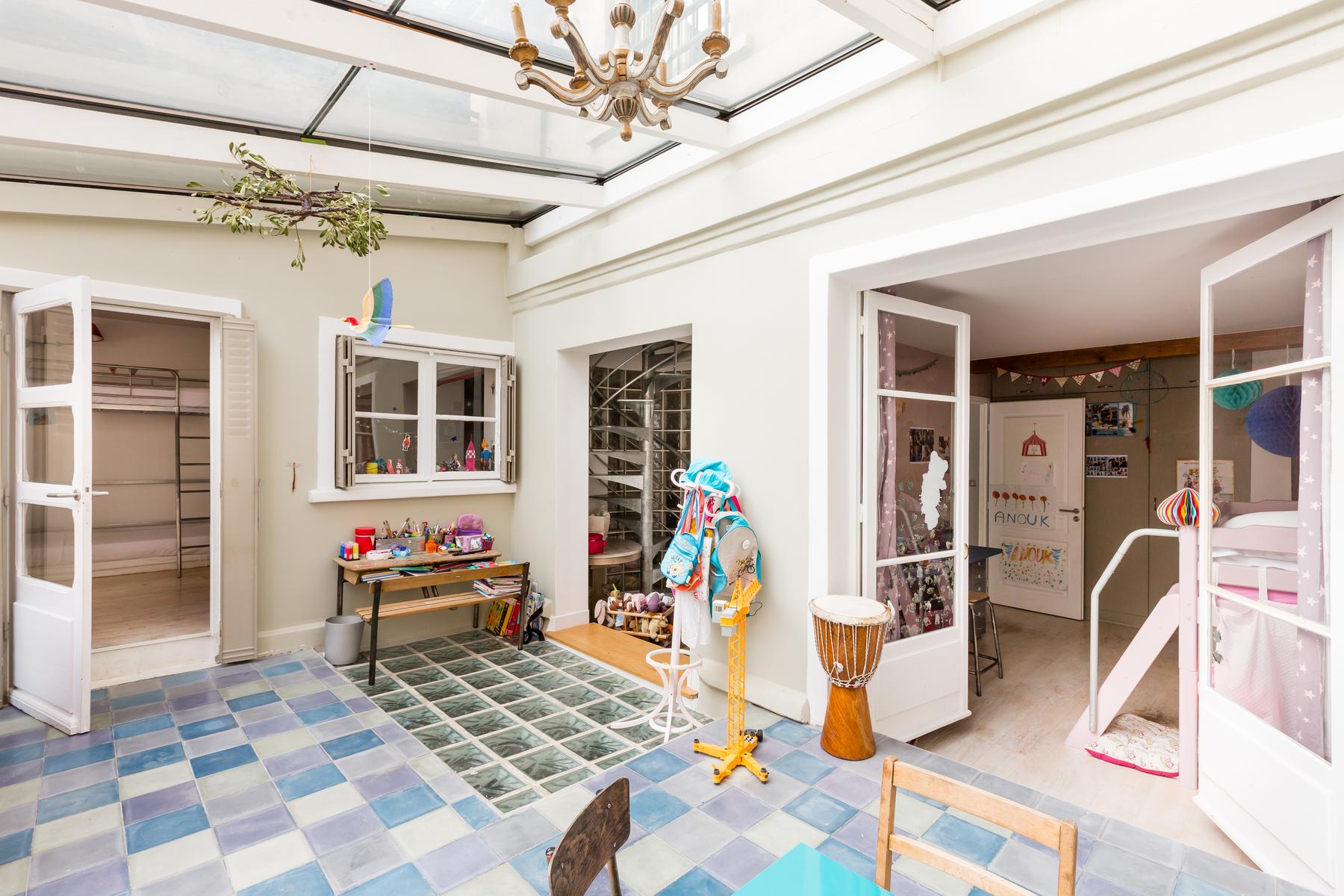