Why You Would Enjoy Springtime In Amsterdam

Amsterdam is the type of city where it's beautiful and pleasant all year-round. During winter, as the snow falls and covers the entire Dutch capital, it becomes a winter wonderland, the type you'd expect to see in a Christms movie. During fall, when the leaves are rendered in deep shades of red, orange, and yellow, Amsterdam becomes this nostalgic storybook fantasy. As if you'd have your own little fairytale here. During summer, despite the heat, the breezes from the canals make it a bit cooler than normal. But what about during spring? What makes spring in Amsterdam so lovely? Here are a few reasons. 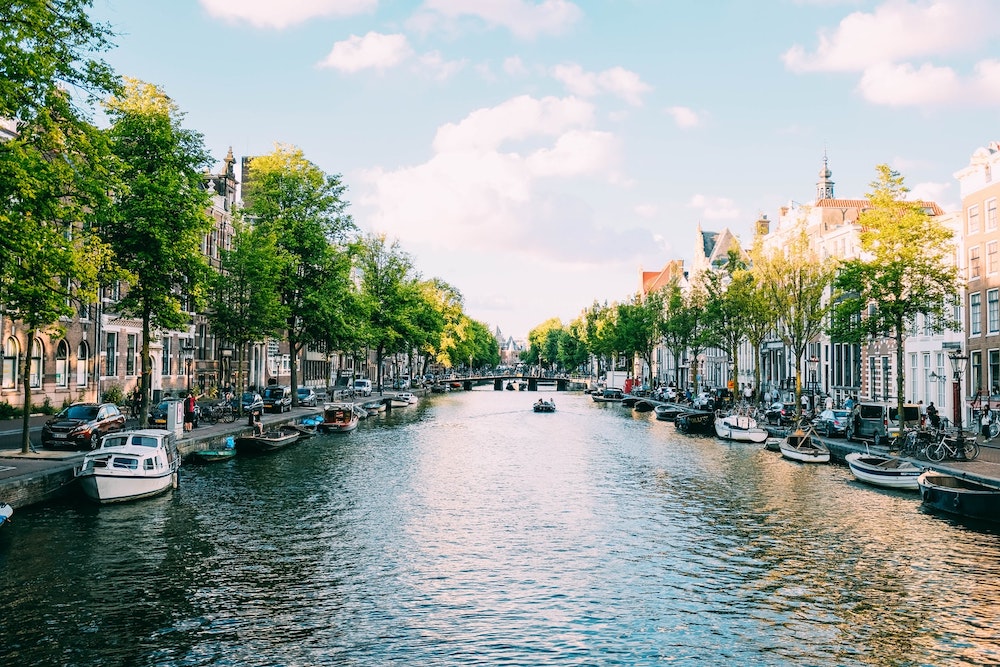 Amsterdam is the type of city that loves flowers. It's not just that flowers are growing in the parks, along with the patches of green on the sidewalk, by the canals, and the like. But during spring, flower vendors invade the Dutch capital, painting the town bright hues of pink, purple. yellow, with some blues on the side and a deep romantic red for good measure. Suddenly, the entire city looks more like a garden than your ordinary metropolis, adding more charm to what's already such a beautiful place. When you visit or even move here during spring, you'll want to see (and smell!) all of it! 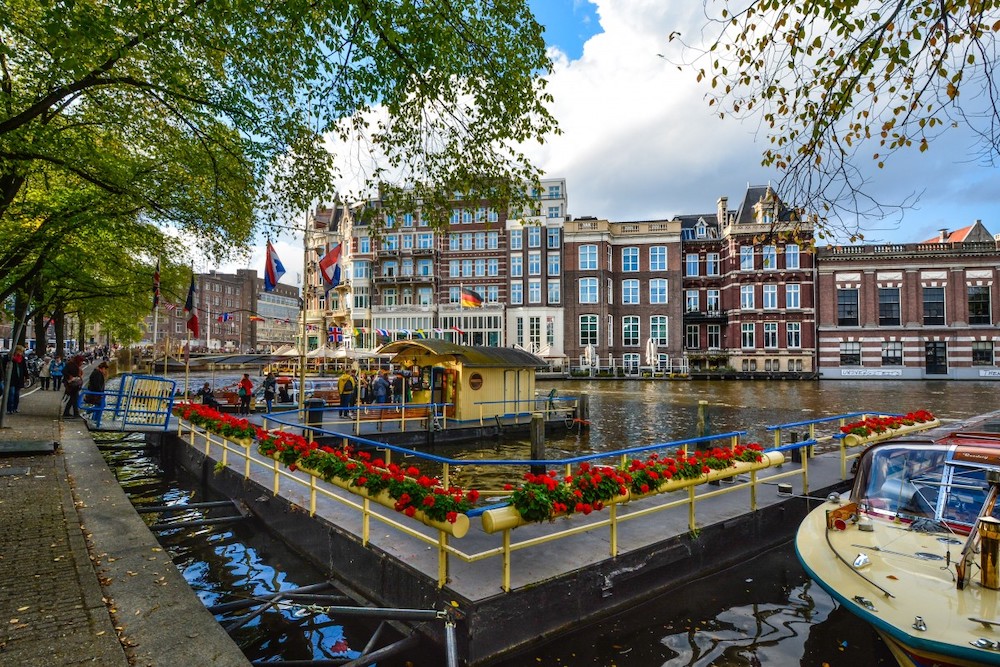 Seeing The Spring Snow of Amsterdam

While on the subject of flowers, there's another floral-induced phenomenon that happens in Amsterdam during spring: the 'Spring Snow.' Many people often mistake them for cherry blossoms, like the ones in Japan, because of their similar aesthetics. But the truth is the 'spring snow' that falls during this season is made up of seeds that fall from the city's elm trees. And since there are a lot of them throughout Amsterdam's neighborhoods, these seeds cover the entire city just like snow during winter. This has been a point of fascination in the Dutch capital during this season, so much so that there's even a Spring Snow Festival in the city as well! 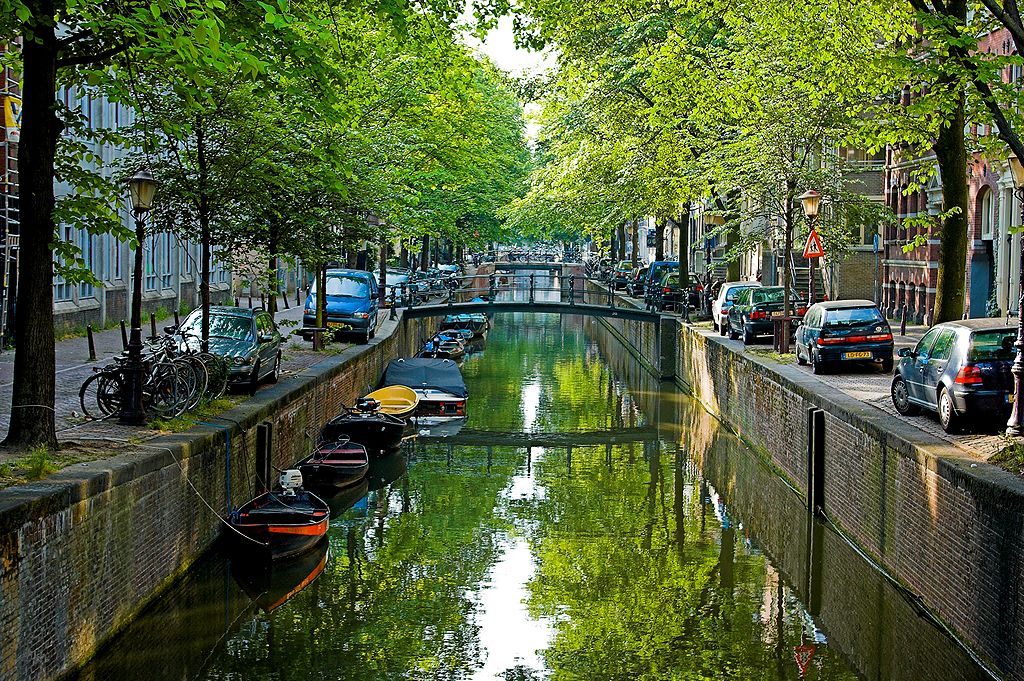 Visiting The Tulip Fields Nearby

You can't talk about spring and flowers in Amsterdam without mentioning tulips! The Netherlands ' national flower, this particular species is known worldwide as the symbol for the Dutch and their culture. And this is thanks, in large part, to the country's iconic tulip fields. There are even some that are near Amsterdam, just a short drive or a quick train ride away. So when you're in Amsterdam during spring, the time when these tulips have blossomed to perfection, you can't not visit them and see the vibrant majesty of it all in person! You wouldn't want to miss this natural wonder! 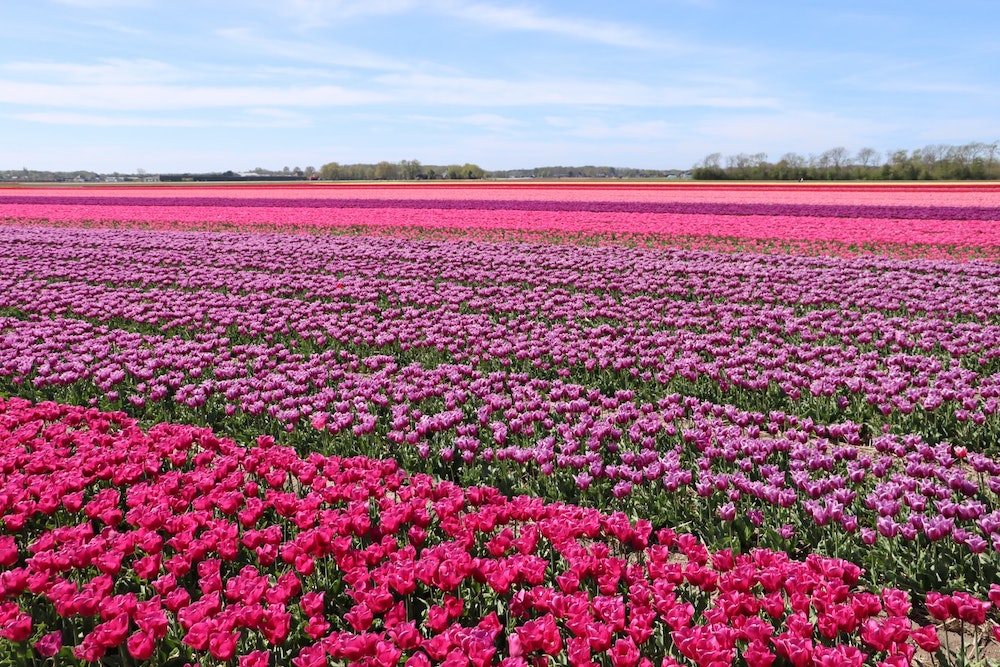 Marveling At The Iconic Windmills

Speaking of the Netherland's national symbols, after the tulips, the country's windmills are what will come to mind next. They are, after all, the definitive types of their kind. There are countless windmills around the world, yes, but the ones in the Netherlands are on a class of their own. Standing in the traditional glory, they remain useful and symbolic even as the times change. And during spring, when the breezes are just right, they operate at their best. You wouldn't want to miss seeing the ones near Amsterdam during this time as well. It's only during spring will you realize just how important windmills are in the Netherlands. 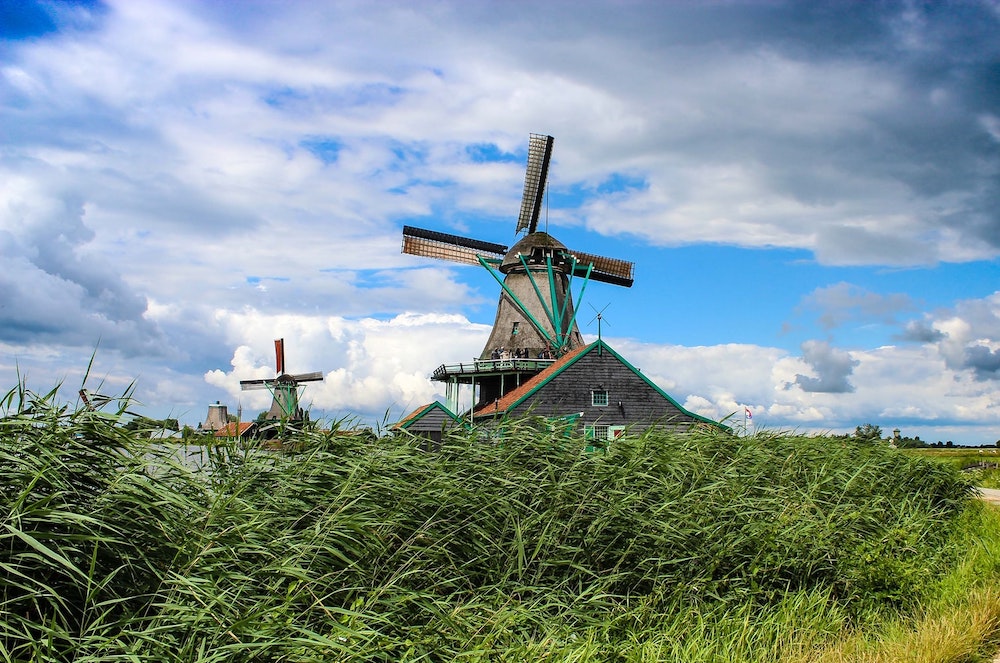 Sailing On The Canals

Now, back to the city proper! Since the weather during spring is so lovely, there are a ton of things you can do and will enjoy better at this time. One of them is sailing on the canal. Can't you just imagine how pleasant it'd feel to have the spring breezes brush against your face as you sail away on a ferry on the canals? Gazing upon the charming houses and streets on-ground, it's a type of leisure activity, as well a mode of public transportation for many, that you'd want to do again and again during this season! 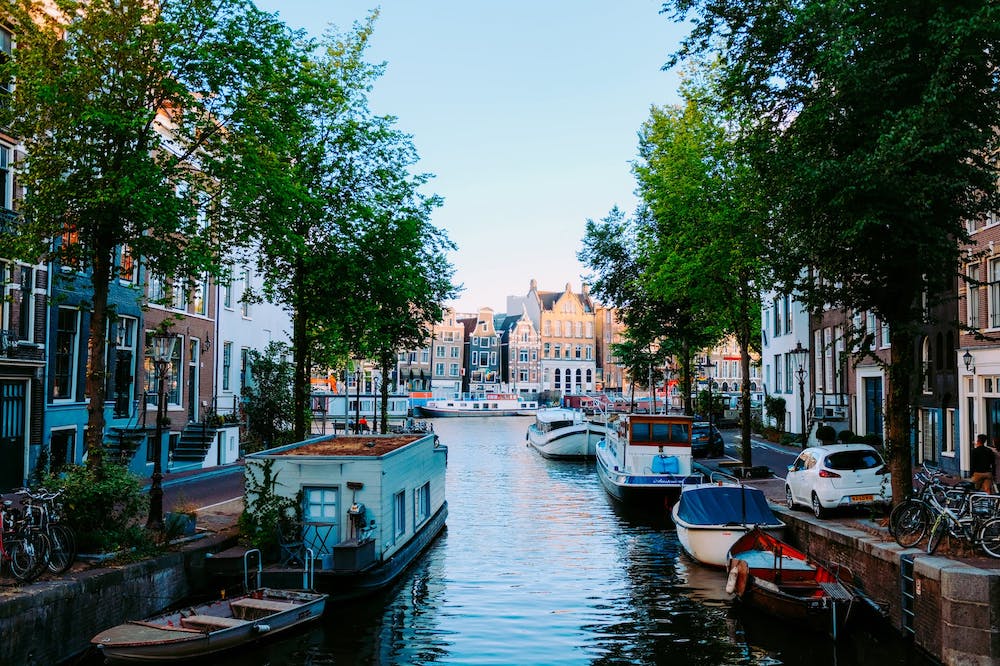 Great Weather To Cycle Throughout The City

Another great activity to do in Amsterdam during Spring is to go cycling. There's a reason why riding your bike across the Dutch capital seems touristy and a little cliche. It's because, during spring, there's arguably no other activity quite as enjoyable. To feel the breeze against your face, to feel the cool air that wafts from the watery canals, to smell the sweet scents of the tulips and other flowers in the city, to pass by the lively local life happening right before your eyes. There's a lot to see as you cycle your way throughout the city. And don't worry if you don't have your own bike, a transportation app can easily help your rent one. 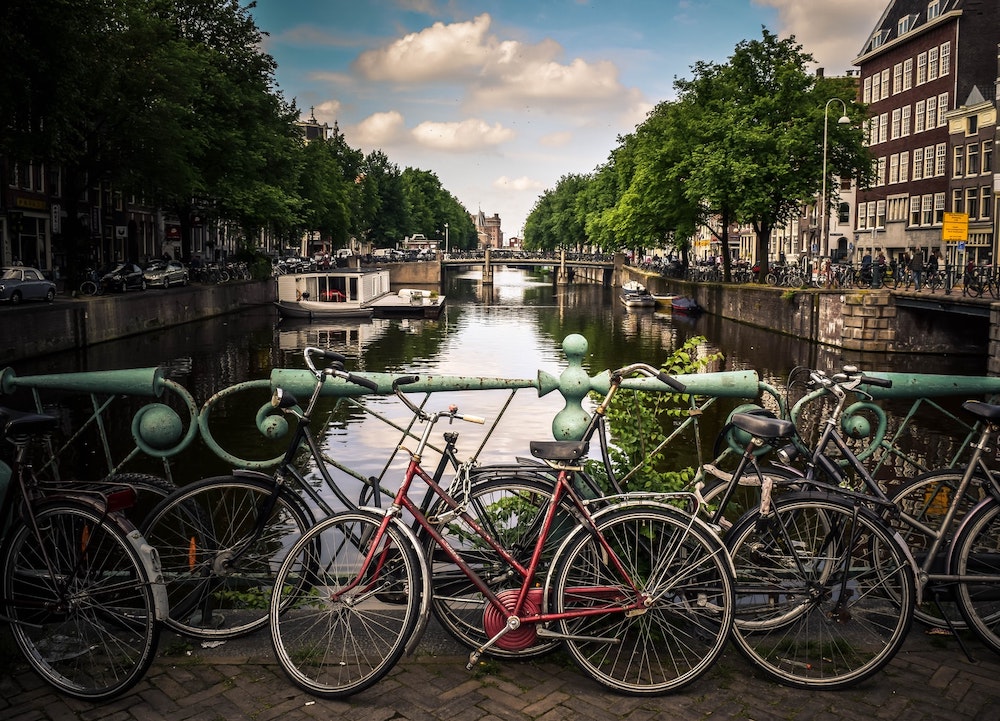 Right now, one of the Netherlands' most important holidays is King's Day, held every April 27, right smack at the peak of spring. For those who don't know, 'King's Day' refers to the birthday of the reigning monarch, currently King Willem-Alexander. The Dutch capital bursts into one huge party during this day, all smiles and laughter, as the country celebrates one of the more beloved royals in the world. You'll find that, during this day, the entire city comes out wearing orange, painting the town with that bright sunny hue. This is to pay tribute to the Dutch Royal Family—the House of Orange-Nassau. 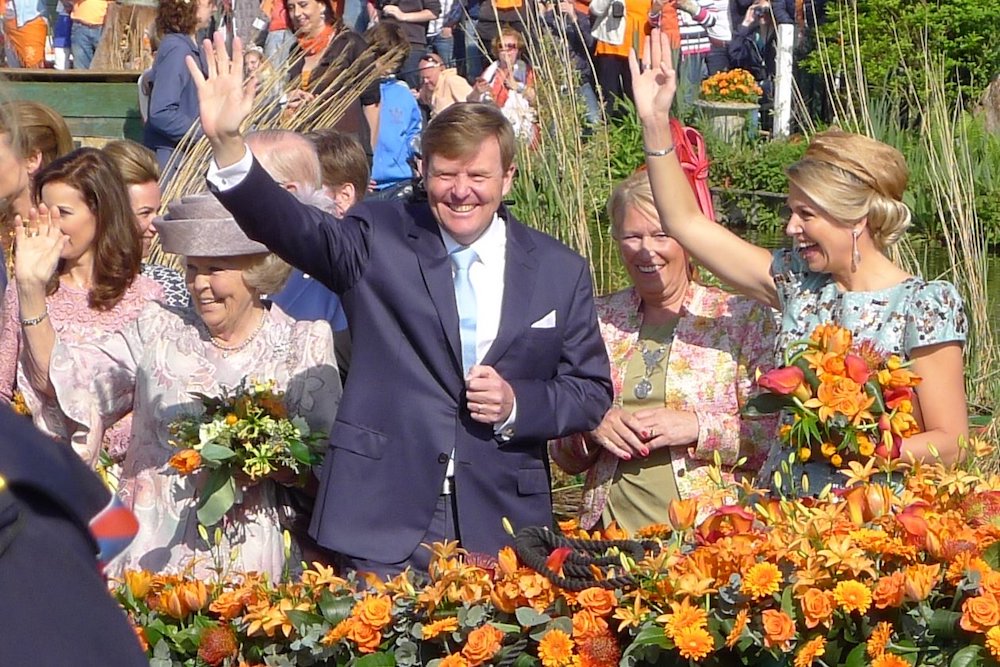 King's Day and Easter Sunday, both normally held during spring, are the perfect excuses to indulge in some Dutch pastries. This isn't to say you can't enjoy these traditional treats at any time of the year! You can! But these lively holidays make them even more enjoyable, as well as more available. During these holidays, countless sweets shops, dessert places, cafes, and more throughout the city prepare and serve these national treats for both locals and foreigners to enjoy. And there's just something about a freshly-baked Gemberlous or Nonnevotten that feels so special! 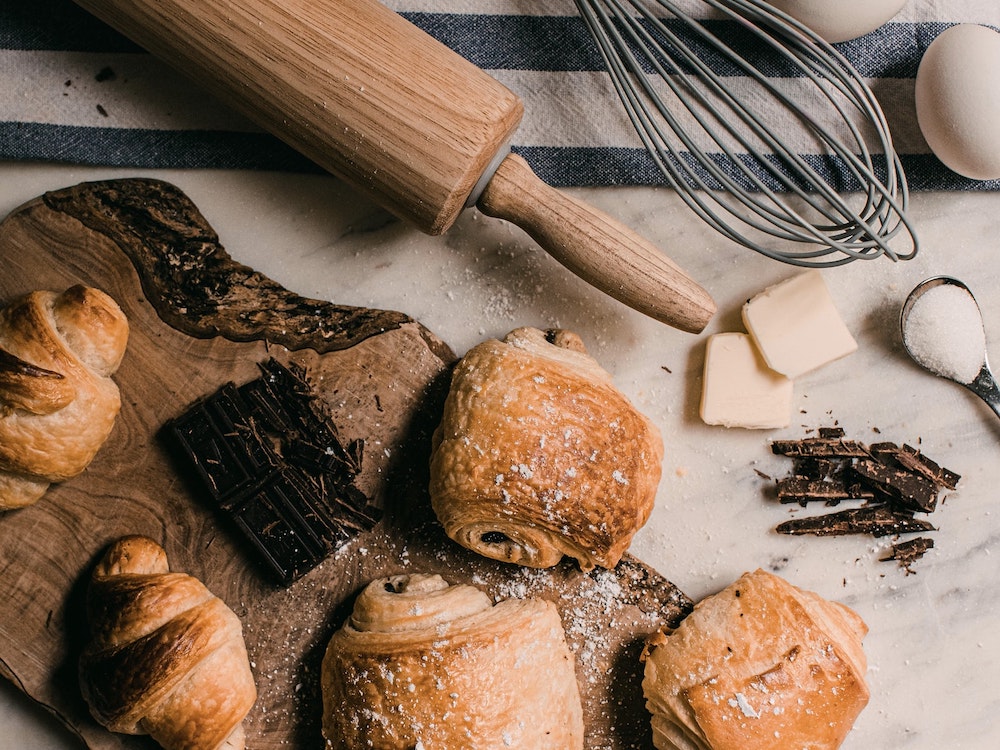 Amsterdam may be lovely all-year-long, but it's during springtime that you get to see just how pleasant and perfect this city is. It's like a whole new and exciting side to the Dutch capital that you probably only imagined in your fantasies of the city come to life!

Getting to go back to a luxury home in Amsterdam is what will make spring here even more lovely!