If there's one place where luxury, glamour, vacation, and summer all coincide, it's Saint-Tropez! This beautiful coastal city on the French Riviera has long been a playground for the rich and famous. A place where they release all their inhibitions, gamble with their luck and money, and simply have a good time. It helps that the city itself is one of the most beautiful in France. With the Mediterranean sea just close by and traditional French culture looms large on the region, Saint-Tropez is without a doubt a place you just have to visit at least once. When you do, these are the neighborhoods to go to! 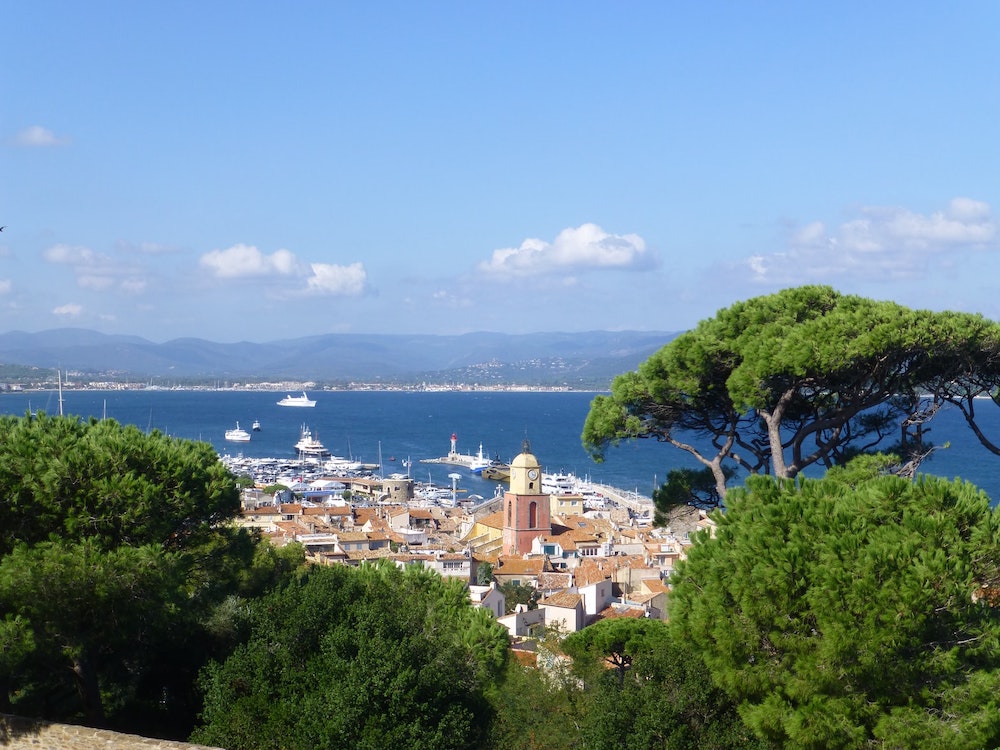 A French hillside village—that along already puts forth a charming place with natural beauty and cinematic appeal. And that's exactly the sort of place Bormes les Mimosas. Laid out across a hill on the French Riviera. you can easily get in touch with Mother Nature whilst enjoying the laid-back, simple French countryside lifestyle. Not to mention enjoy a stunning view of the rest of Saint-Tropez as well as the Mediterranean. For a quiet yet dreamy stay in this city, Bormes les Mimosas is your best bet! 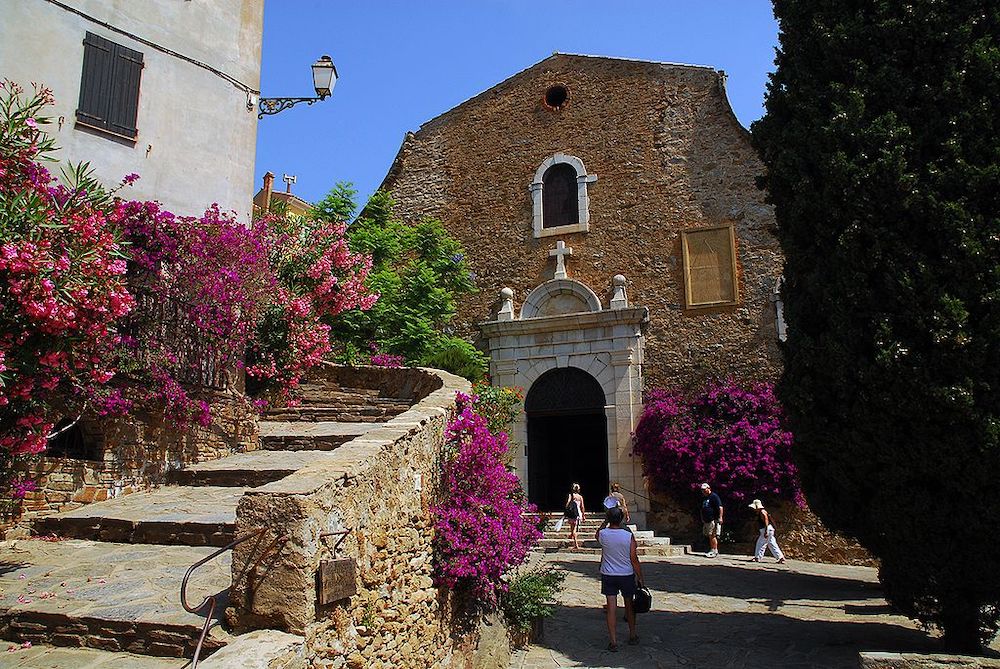 You'll likely see more yachts docked by the harbor of Cavalaire sur Mer than cars. That's the type of place this coastal district is. A resort town located on the southern coast of Saint-Tropez, the sea is the main clincher in this area. Not to say that the town itself has nothing to offer! There are still some Michelin starred-restaurants, charming cafes, exciting bars, and more to look forward to here. But what most people expect in Cavalaire sur Mer are the clear shoreline, fun water sports, and luxurious yachts! 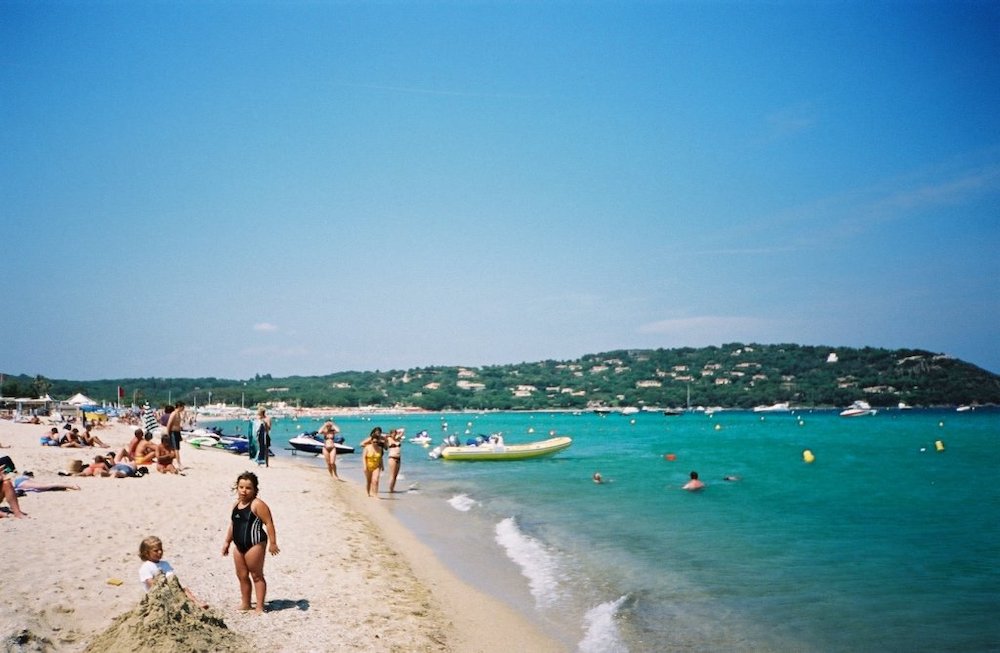 Narrow pavements, cobblestone streets, candle-lit pathways, and a traditional town square. Such are the charms of the Cogolin in Saint-Tropez. This is place is a perfect example of the classical French countryside vibe that many people enjoy experiencing in the French Riviera. Saint-Tropez, in general, may seem like this over-the-top luxury playground for the world's elite, but places like Cogolin prove that it's more than that. There's a storybook charm to this village, one that will help you relax more while you're here. 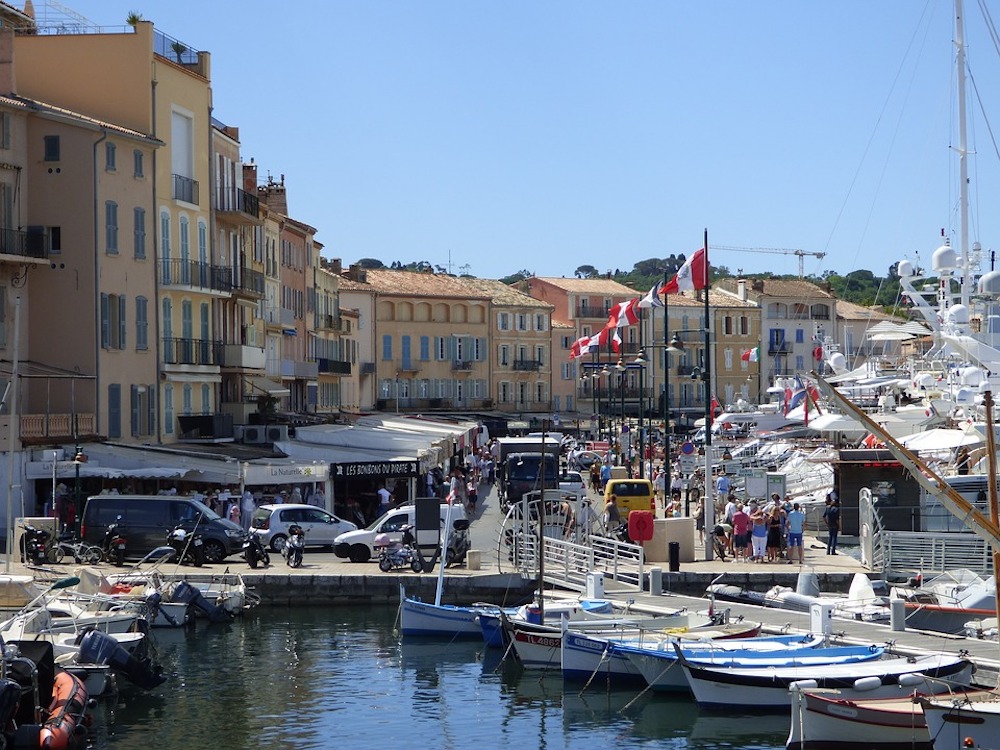 When it comes to history and culture in France, Paris—particularly its museums—is always the head of the pack. And while this may ring true most of the time, you can't just deny that other parts of the country, even the likes of Saint-Tropez, can also offer the same sort of fascination. Enter Frejus, arguably one of the more 'ancient' neighborhoods in the city. Full of relics and ruins, this coastal town doesn't just have the seaside to offer, but riches in both history and culture. The Archaeology Museum here is a particularly top-notch attraction! 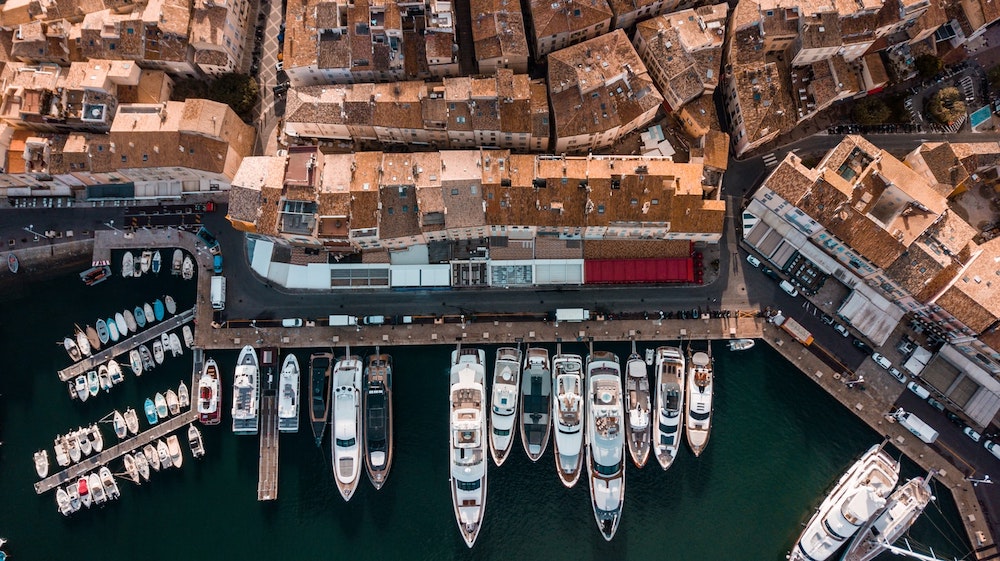 Gassin is, without a doubt, one of the most picturesque cities in Saint-Tropez. Also perched atop some hills, the traditional French countryside is bursting with classical charms, nostalgic beauty, and a tinge of romanticism. Flower pots encasing bright pink, yellow, and purple flora that line the narrow pathways provide the soft touches of colors needed to contrast the neutral hues. Cobblestone streets remind you of simpler times, ones where romance was all you ever needed to stay happy in life. And, of course, an astounding panoramic view of the city. One that not even the beauty of Paris can rival! 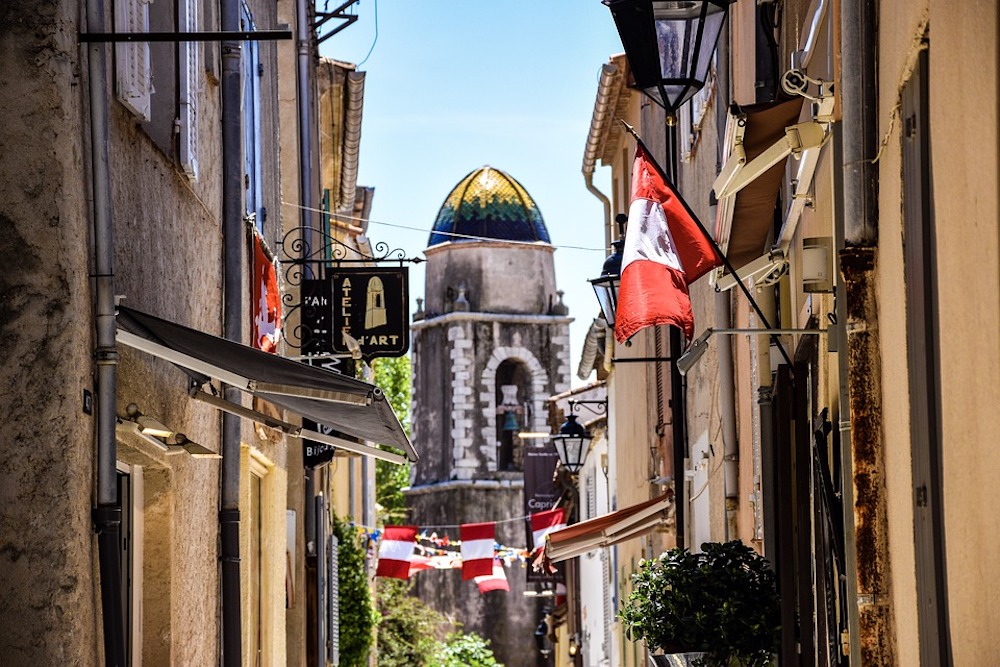 Grimaud is a Medieval city in Saint-Tropez. It's one that can rival those in Normandy and Hauts-de-France. That alone should already convince you to check this place out! A hilltop village that's still walled-off from the rest of the region, you can just see the history and nostalgia staring right back at you. Stone castles and towers, like the 11th-century structure Chateau de Grimaud, fascinated with their old-world severity and rustic charms. Meanwhile, cafés and bistros provide the contemporary comfort you'd need when you take a break from sight-seeing all over the place. 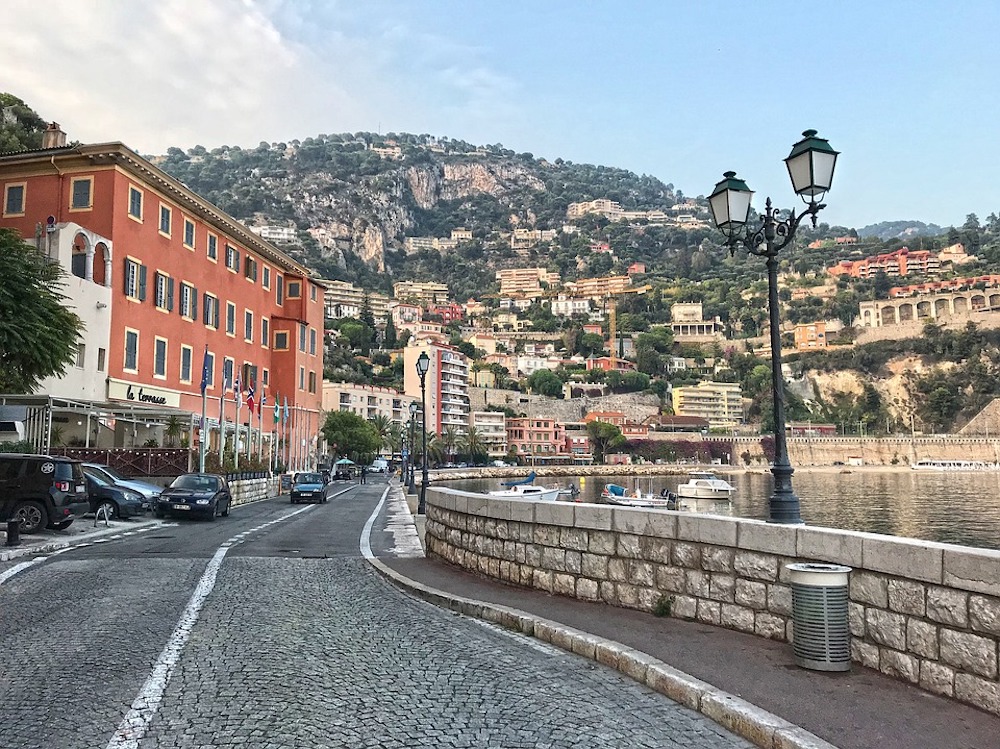 Even from miles away, you can already see the majestic towers of the Abbaye de Lerins, a monastery on Ile de Saint Honorat! Just seeing it from afar will already get you excited about going to the island, what more when you actually explore it yourself? As the smaller of the Lerins Island in Saint-Tropez, you'd think there'd be nothing to do here but tour the monastery and swim on the beach. However, with the many vineyards here, you can also enjoy some of the best wine Saint-Tropez can offer! 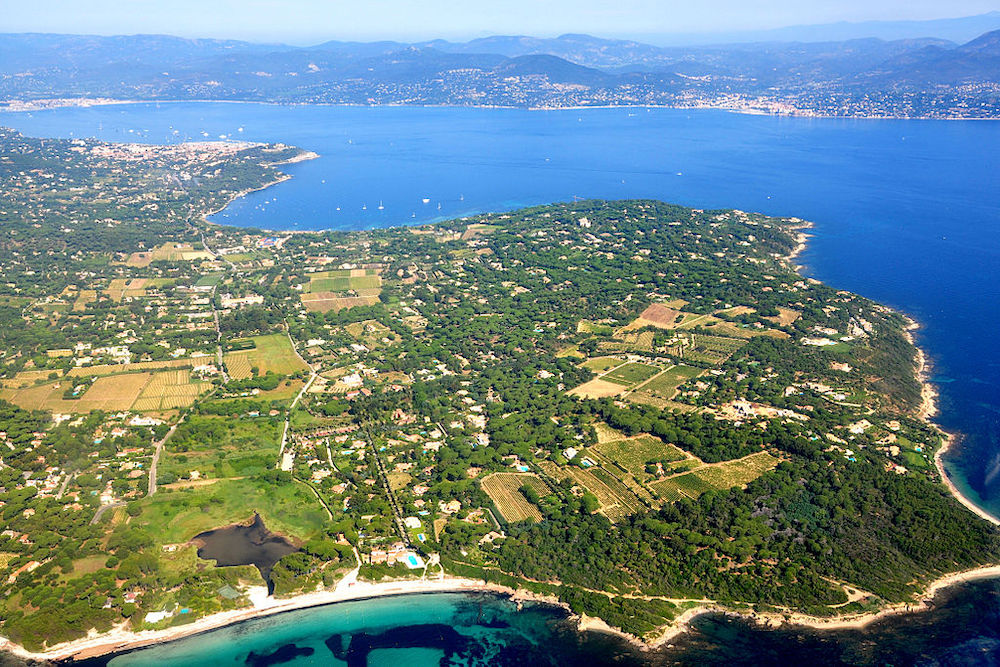 When you hear or think 'Saint-Tropez,' what comes to mind? This coastal city along the French Riviera is all about swimming in France's clearest ocean blues, tanning on a luxury yacht, going home to a beautiful villa or a luxury apartment, and more! And while all of this is true, the seaside town of Sainte-Maxime does offers a more traditionally suburban experience that you probably never expected from this world-renowned city. Peaceful yet lively, it has all the comforts in the world as well as a few unique charms of its own. 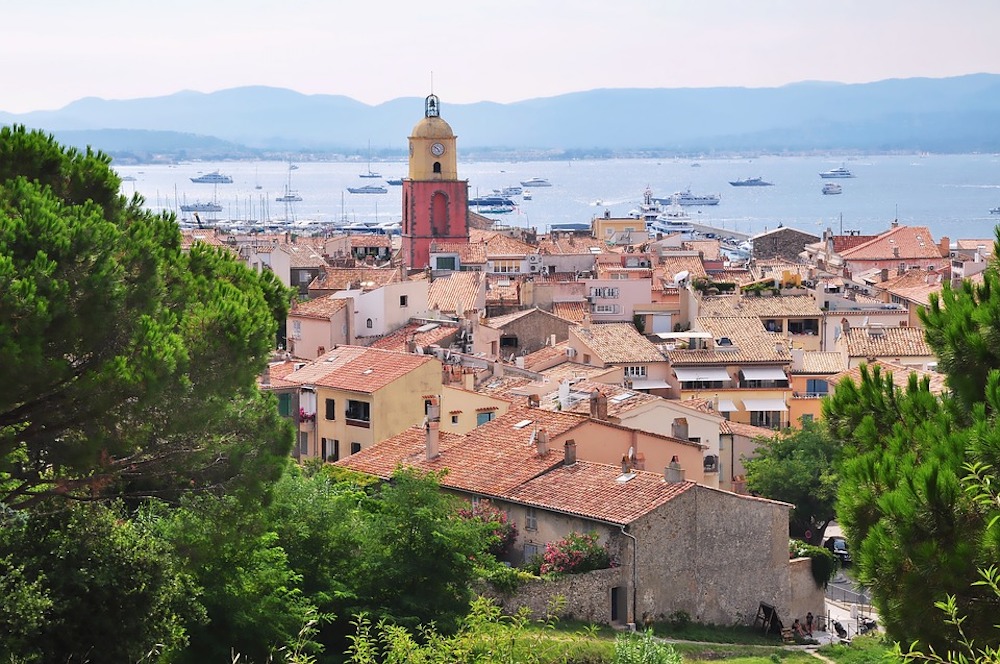 Argubaly the town you've been waiting for: Saint-Tropez! Yes, the city's eponymous district is exactly like how you've seen it in movies and on TV! High-class restaurants and adorable cafes line the streets, offering up the best in French haute cuisine and traditional caffeine. Luxury shopping comes by way of high fashion stores and vintage boutiques—places that the rich and famous have probably bought from. And, of course, the stunning beaches with a dock full of yachts! There are so many things to see and do here that one day alone will have your head spinning! 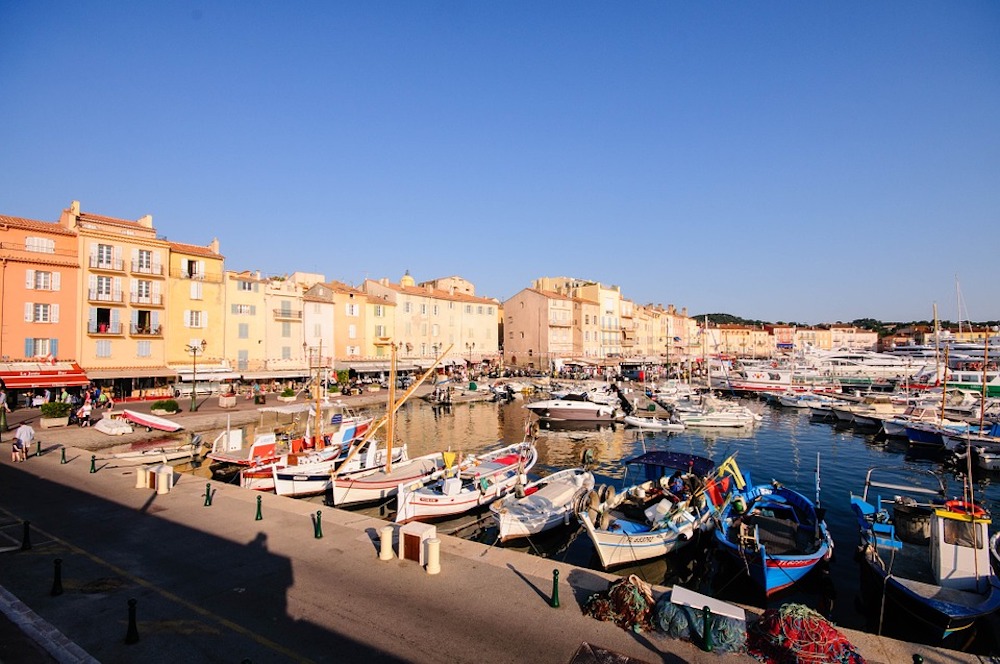 If you want to talk about beauty in Saint-Tropez, the medieval town of Ramatuelle also fits the bill! Perched atop the hills of the French Riviera, it's the closest you'll get to a storybook-like paradise in the city. Think classic French houses wrapped in vines and flowers, as if there's a princess trapped inside. Narrow pathways lit by candlelight lamps make for excruciatingly romantic settings, fitting for classical French novels. And, of course, a spectacular view of the city and the Mediterranean Sea! What's not to love? 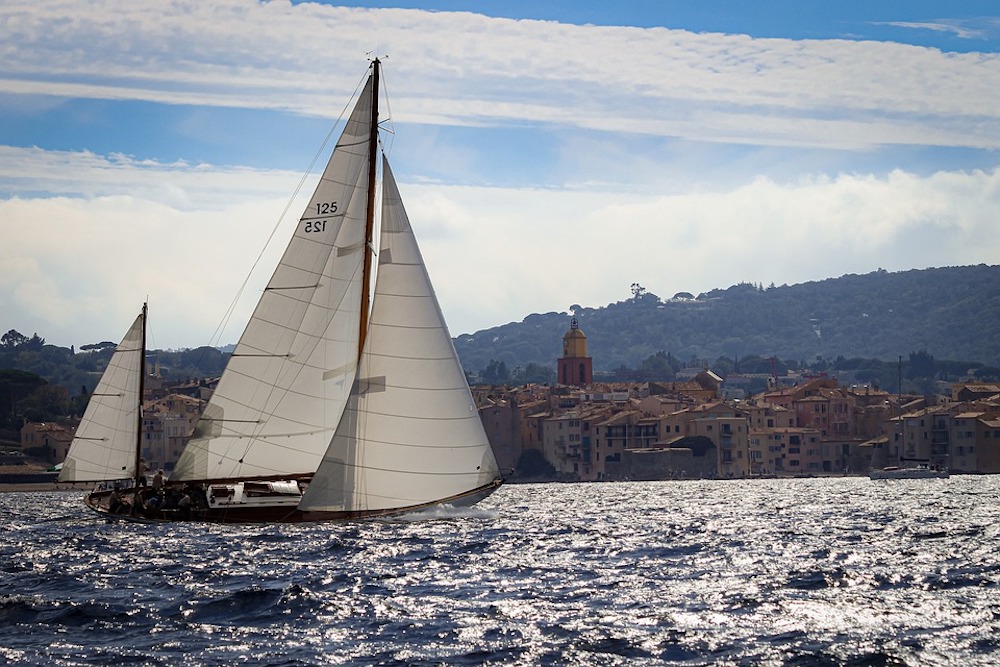 If you think you know all about Saint-Tropez, you might think otherwise when you've finally been here. This beautiful, glamorous, and luxurious coastal city along the French Riviera has a few surprises ups its sleeves, ones that you'll only see in the different neighborhoods!