Belgian Traditions You'd Want To Do At Home

Christmas in Belgium out of this world! It looks and feels pretty much like you'd imagine it would be! The glistening Christmas trees against the snow-ladened towns, a peaceful nativity scene by a grand old church, and a saint-like figure handing out presents to the children. Sounds like the stuff of Christmas fairytales, doesn't it? It's just a shame that you probably can't travel to this country right now because of the global pandemic. And this means you have to stay at home. However, this doesn't mean that you can't have your own merry Belgian Christmas! 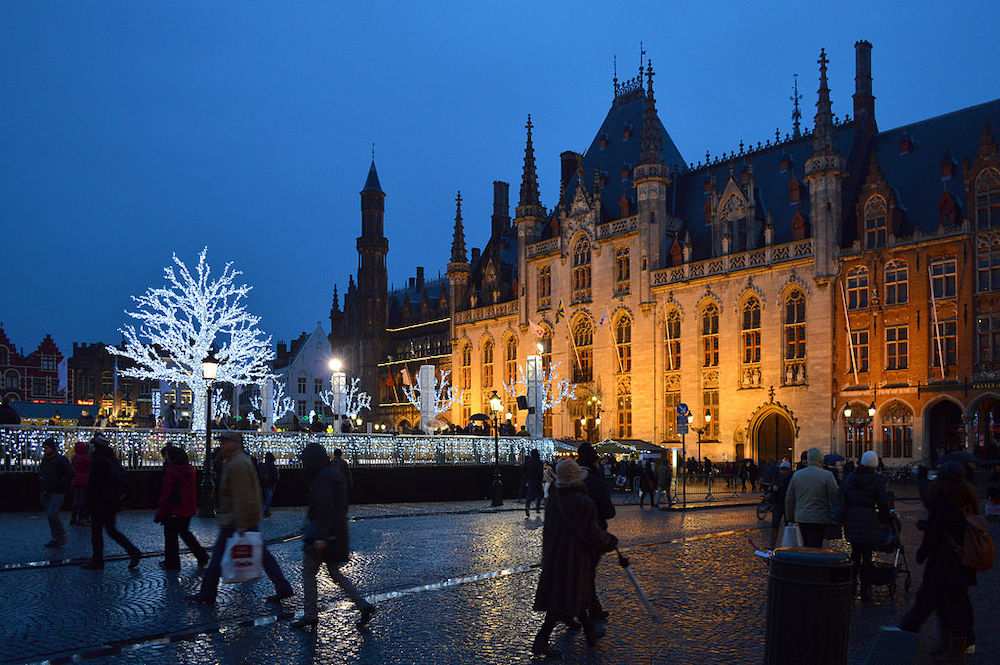 Teaching Your Kids About Sinterklaas

A common Christmas tradition in Europe is anticipating the arrival of Sinterklaas. While the US has Santa Claus, Belgium and other neighboring nations have Sinterklaas. They're practically the same idea of a Christmas mythical figure, but they differ significantly in appearance and demeanor. Sinterklaas is more like a saint than a jolly man. He's still clad in red and has a long white beard, but instead of a white fur-lined suit and black boots, he's wearing a cloak and what looks like Papal attire. And while kids from other countries await Santa's arrival during Christmas eve, Sinterklaas comes to Belgium during his own holiday on December 6. 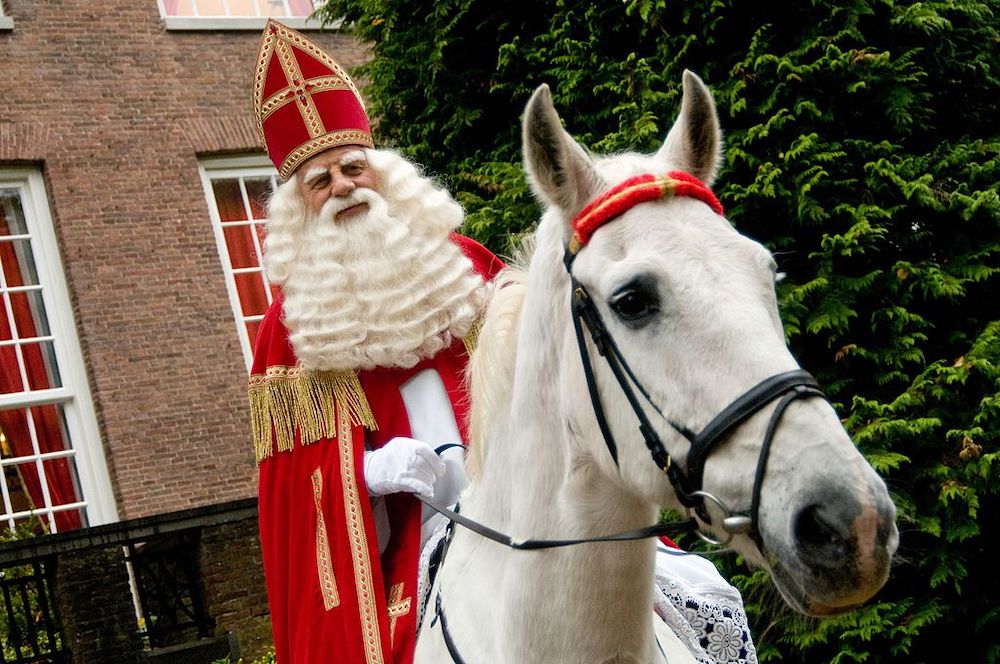 Putting Up A Nativity Scene

Since Belgium is largely a religious Roman Catholic country, they regard Christmas more as a solemn holy day than an overly-commercialized holiday. Because of this, one of the most important decorations in a Belgian home (and church!) is a Nativity scene. Depicting the moment Jesus Christ was born to this world, it reminds people of what this universally-celebrated holiday is all about. Fortunately, you don't have to go all the way to Belgium to set one up in your home. A Nativity scene has become pretty common everywhere so you won't have a hard time finding (or even making) one! 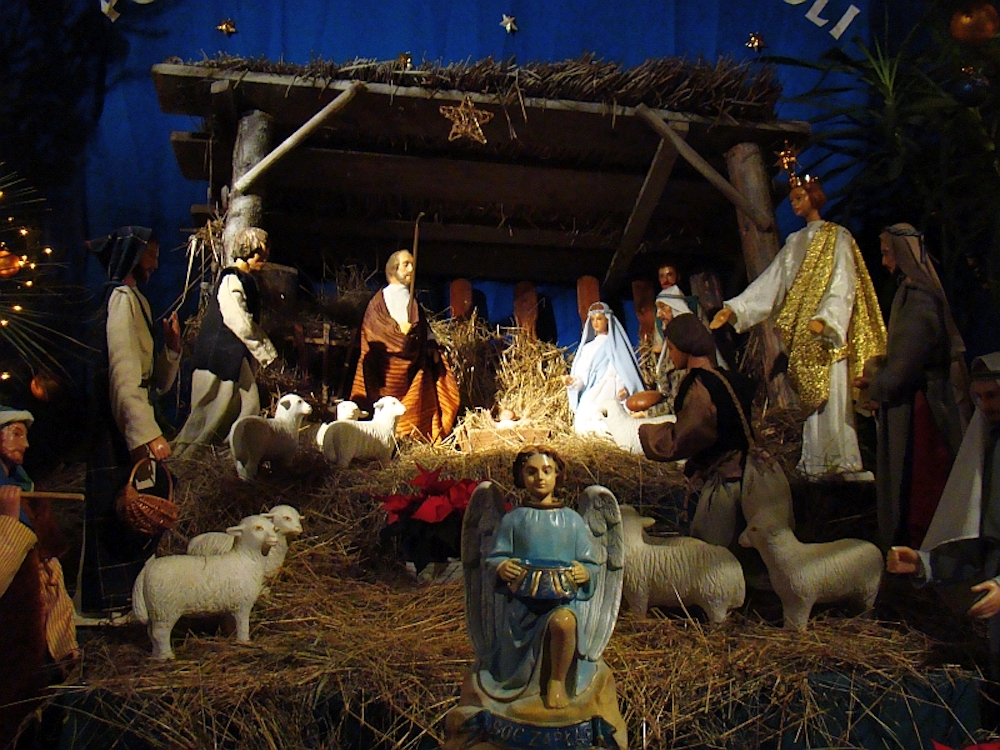 Similar to the French, Belgians also hear midnight mass during Christmas eve. At (probably) the exact time Jesus Christ was born, the very devout Catholics and Christians in Belgium hear mass or attend special holiday prayer services. They don their best clothes, go to church, and often have Christmas Eve dinner afterward. Yes, even kids get to stay up late (if they can) just to do this tradition. And while hearing mass in a crowded church isn't a great idea nowadays, at least, there's still the internet! You can easily stream a midnight mass in your home during Christmas Eve! 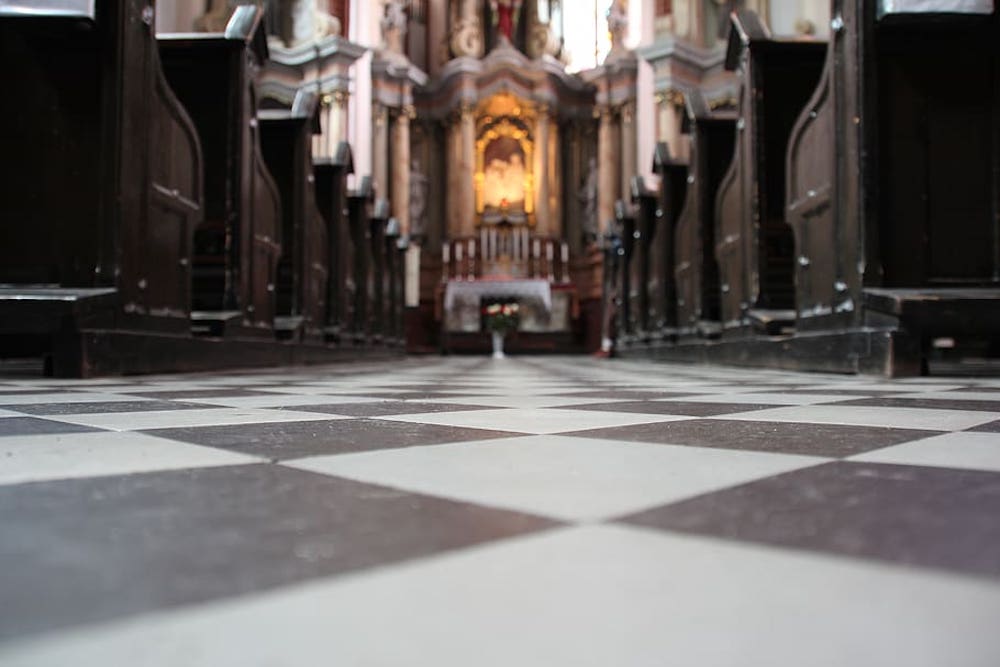 A Belgian Feast for Dinner

Speaking of Christmas Eve, as already mentioned, the feast is served on this night instead of during Christmas Day itself like in other countries. Though it's not as big a feast as what you may expect in neighboring nations, it's still quite the event on its own. Traditional Belgian holiday dishes like a turkey (a bit smaller than a traditional American turkey during Thanksgiving), pommes duchesse, some Bûche de Noël (which the French also serve), and more! It's grand in terms of everyday standards, but in the whole grand scheme of things, it's pretty humble compared to the rest. 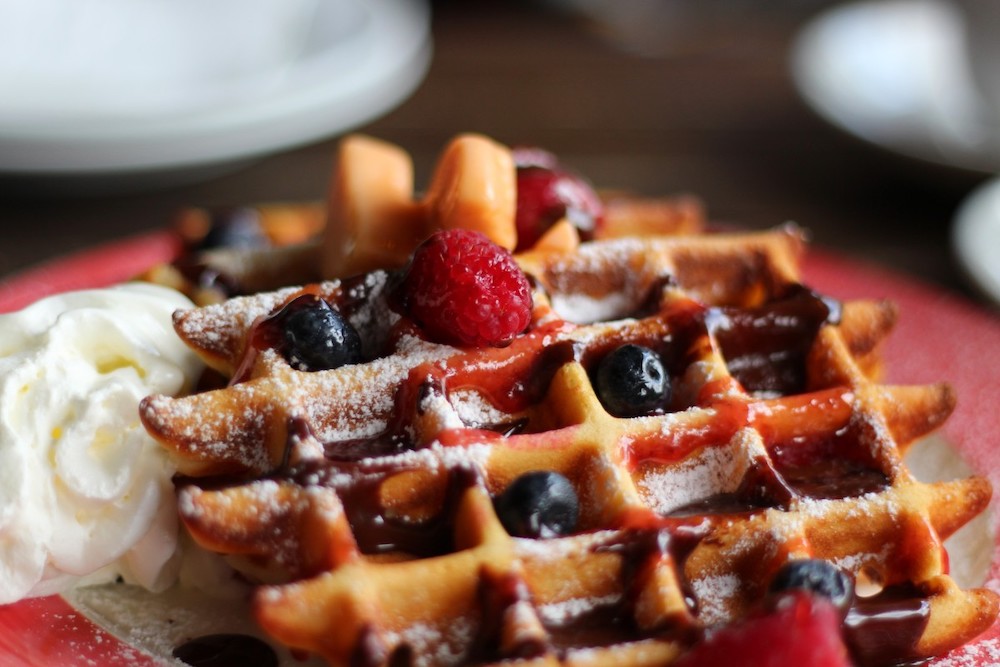 One Belgian treat that most people look forward to during the holiday season is the smoutebollen. Also called 'oliebols,' they're little donut balls that are relatively similar to beignets but a bit smaller and a lot more bite-sized. They'd make great snacks for the afternoon, hours before you serve your Christmas Eve midnight feast. Or, of course, as dessert afterward as well. Whenever you serve them, just make sure you don't forget the hot chocolate to go with them! These little treated are perfect for dunking into this warm, rich, and sweet beverage. The combination is so good, you won't want any other dessert! 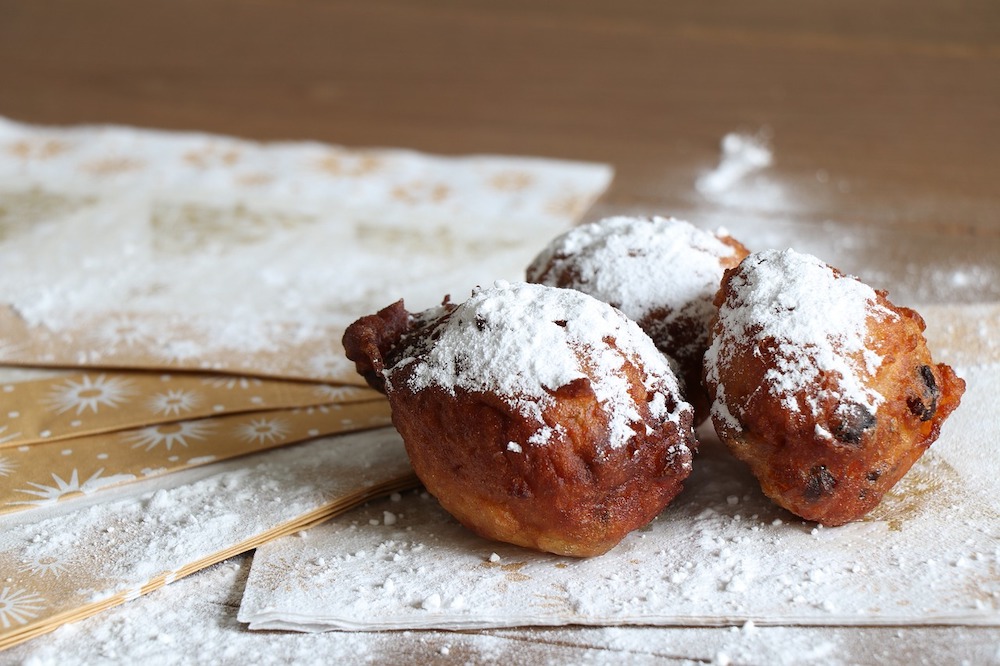 In many other countries, opening gifts usually happen on Christmas morning. The moment people (especially kids) wake up, they rush to the Christmas tree and rip open their presents. It's a heartwarming tradition that's great to start the holiday. However, in Belgium, they do it way in advance! Right after the Christmas eve midnight mass and feast, people give their gists to each other and open them right away. They don't even leave them under the Christmas tree anymore. The moment the clock strikes 12, Belgians open their gifts right in front of those who gave it to them. 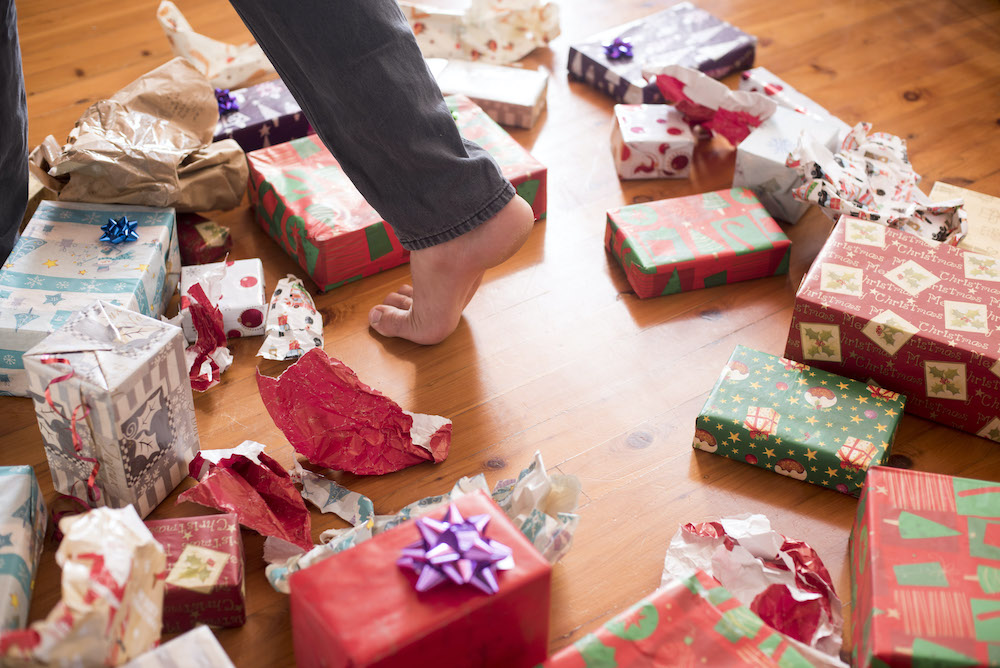 Sleeping in During Christmas Day

Finally, since a lot happened during Christmas Eve, particularly as the clock stroke midnight, it's fairly common for Belgians to sleep in on Christmas Day. They've had quite an exciting night, it's only fair they get to sleep as much as they can afterward! And since Christmas Day is one of the country's national holidays, there's no reason why they can't! But don't think this means they'll miss the day altogether. Many people usually wake up at noontime and go on about their day repeating various Christmas traditions. Oftentimes, they'll also have a feast for Christmas Day dinner too! 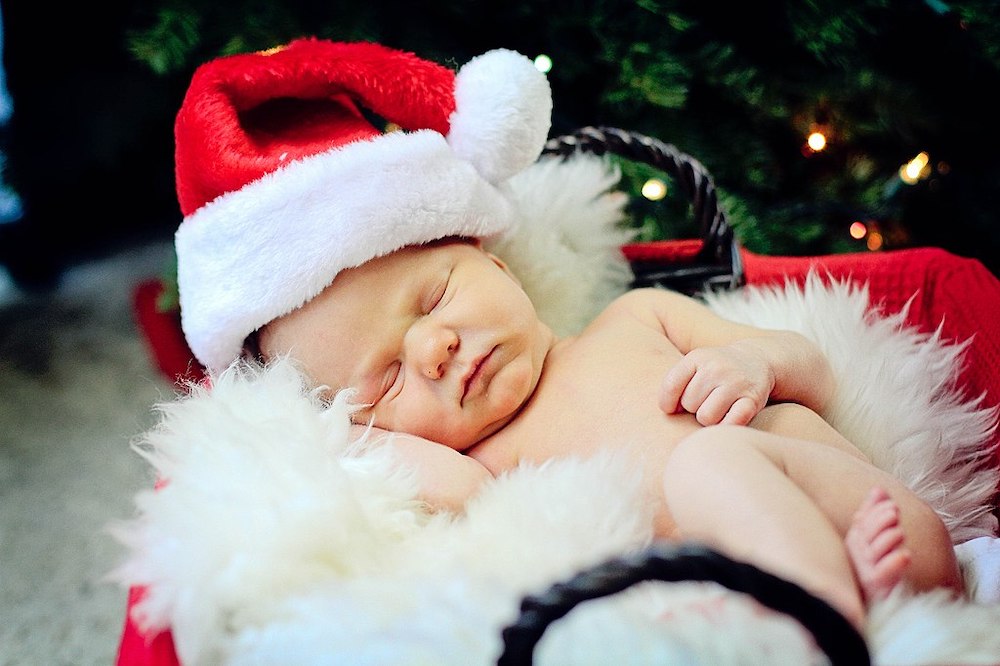 Traveling to Belgium for the holidays isn't exactly the best idea right now! However, that doesn't mean you can't celebrate Christmas the way you would have had your trip pushed through! Belgium actually has a number of holiday traditions you can easily do at home!

Belgian luxury homes are the best places to celebrate the holidays—and to ensure they're merry!—whilst in the country!