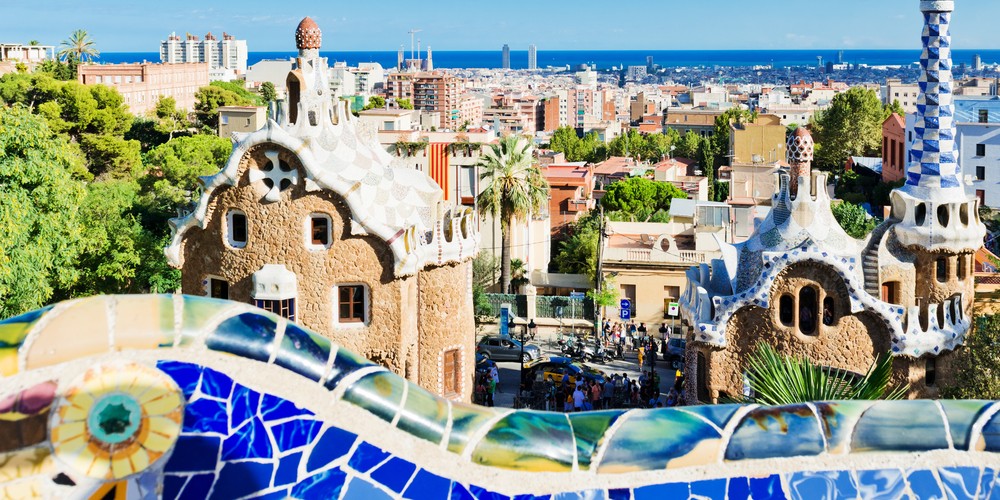 When traveling to Barcelona, the Sagrada Familia, Gaudi’s art nouveau structures, famous parks and beaches, hidden temples, and museums are certainly the must-see attractions. Barcelona, being geographically synonymous with the Mediterranean sea, flaunts its beauty and sunny lifestyle through its beautiful architecture, cultural attractions, and the balmy Mediterranean climate.

Barri Gòtic, the city’s medieval quarter, still has the remains of Barcelona’s Roman temple of Augustus, the Palau de Generalitat, Plaça del Rei, and the medieval Jewish quarter called the Call Jueu. Barri Gòtic has been the city’s spiritual and secular center for 2 millenniums as relics of the antiquated Roman structures remain there, along with the historic monuments from the Middle Ages. Cathedral La Sue, the medieval cathedral erected on Monte Tabor, stands tall in the town center as it displays its intricate Gothic architecture.

Basilica de la Sagrada Familia, or otherwise known as The Basilica of the Sacred Family, is one of Europe’s most unconventional churches. Located in the Northern part of the city, the UNESCO World Heritage-listed Roman Catholic Church designed by Antoni Gaudi is probably the most famous sight in Barcelona. The 300-feet tall church dominates its surrounding structures with its 18 spindly towers soaring into the Spanish sky.

The center of Barcelona’s social life, La Ramblas, is a 1.2-kilometer tree-lined street located right in the heart of the city. This street lined with shops, cafes, restaurant, and well-designed buildings is one of the most popular hangout spots in the city. During daytime, locals can be seen doing their everyday shopping at the Mercat de la Boqueria, a large public market that sells fresh produce and an assortment of products. At nighttime, flocks of people enjoy a leisurely stroll to soak in the lively ambiance of La Ramblas.

On La Ramblas’ northeast side is the border of Barri Gòtic, and halfway down the avenue is the beautiful palm-enclosed square, Plaça Reial, which is bordered by historic houses. The elegant buildings in the area are filled with shops, cafés, and restaurants for people to lounge around as they explore the city. At the center is the Fountain of the Three Graces with a Gaudi-made candelabra. Another attraction in the area is the mansion designed by Gaudi in 1886 called the Palau Güell.