An insider’s guide to grocery shopping in Paris

2021-08-14
When you first move to France, the supermarkets can be overwhelming, with new brands to choose from and so much choice. That’s why we’ve created a guide to the best places for your grocery shopping in Paris, including some organic stores. Get your shopping basket ready…

For a true local experience

If you’re hoping to get your hands on the freshest produce and most delicious delicacies, then look no further than the farmer’s market. Bypass the supermarkets and seek out one that will sell everything you will need in your Parisian kitchen. Many sell fruit, veg and breads but a few are more specific like the Marche Dejan, which specialises in West African ingredients. Do your research before going and get into a routine of shopping at the market. 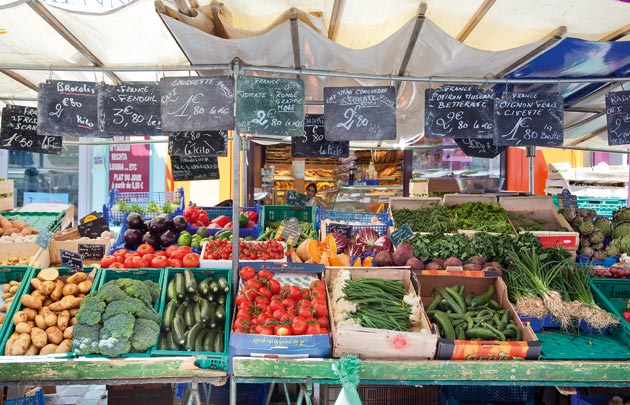 For everything you need

So, you’ve found your Paris apartment rental and first thing’s first, you need to locate your nearest Monoprix. This one-stop-shop sells everything you need and even sells clothes and home goods. The grocery selection is extensive with international aisles, cheese counters and a huge selection of pretty much everything you could need to cook at home in Paris. 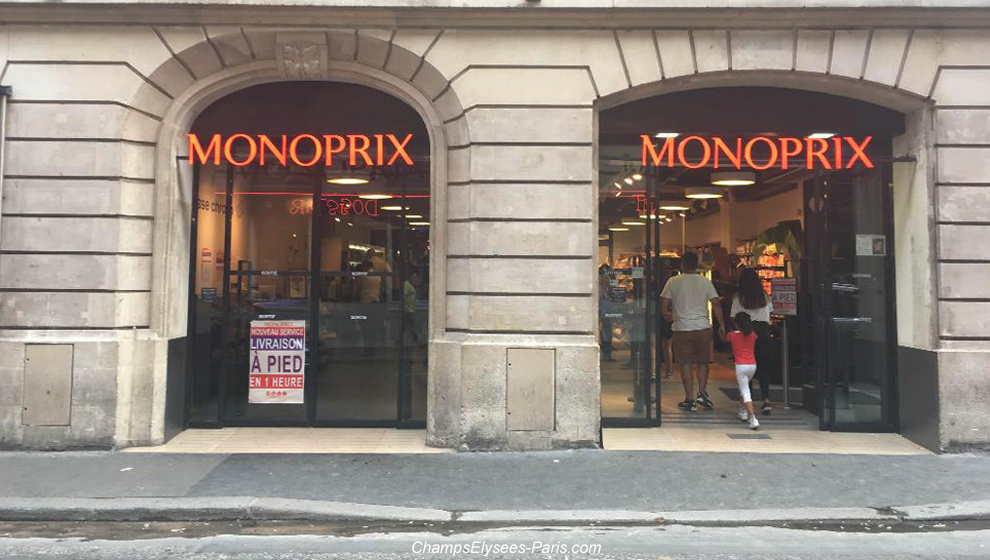 Smaller than Monoprix, Franprix is a good place togo to pick up the essentials if you’re in a hurry. You’ll find the staples here but they won’t tend to have the specialised sections of the larger stores. Franprix offers decent produce though as well as a frozen selection and general groceries. Many locations are even open on Sundays and until 10 pm at night, making this by far the most popular supermarket in Paris. 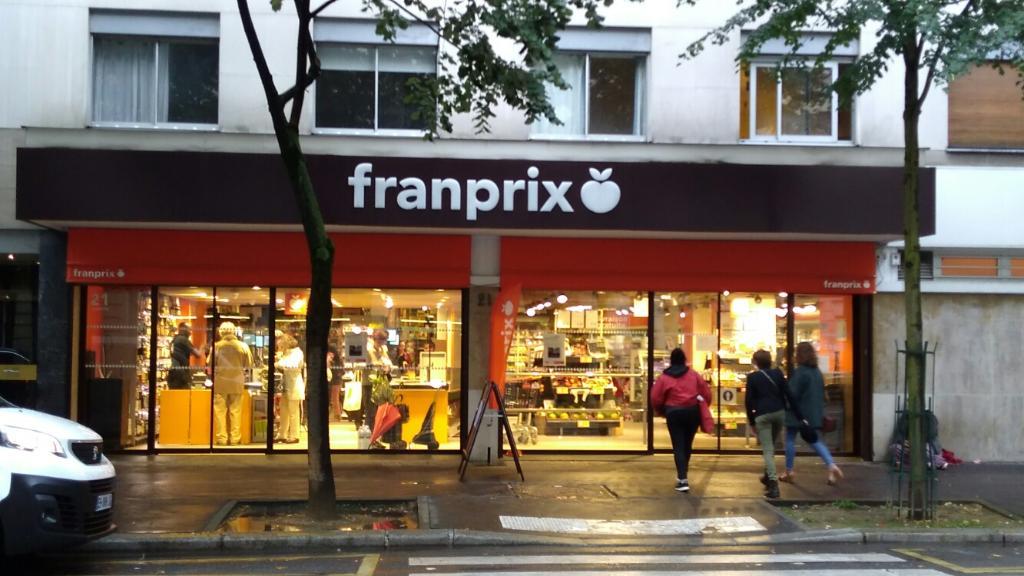 For the gourmet treatment

Before grocery stores were commonplace in Paris, Le Bon Marché, Paris’s first department store, opened up a food counter selling local delicacies and groceries. The idea took off, and they soon expanded into a second building. Don’t come here if you need one ingredient and want to pick it up fast. You’ll certainly be sucked into the many aisles and we could spend hours here looking at the French specialties and produce from all over the world. Truly a foodies paradise. 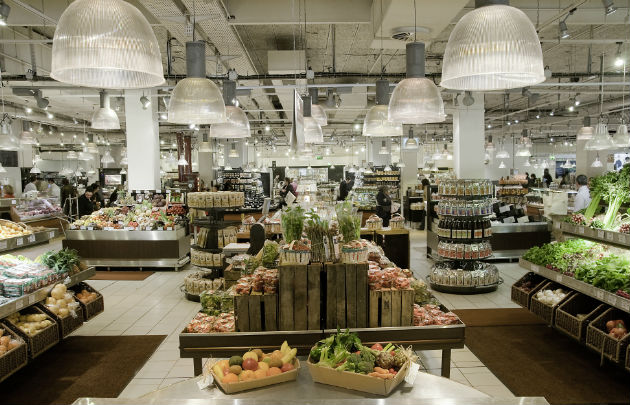 La Récolte is regarded as one of the best organic food supermarkets in Paris, because it gets all its supplies from eighty small organic growers. In the shop, you can learn about each grower thanks to little cards that come with each product. So you really know where it came from and how far it travelled. There are also lots of dishes prepared on-site here, from soups, to veggie dishes, so it’s a great place to stop for lunch. 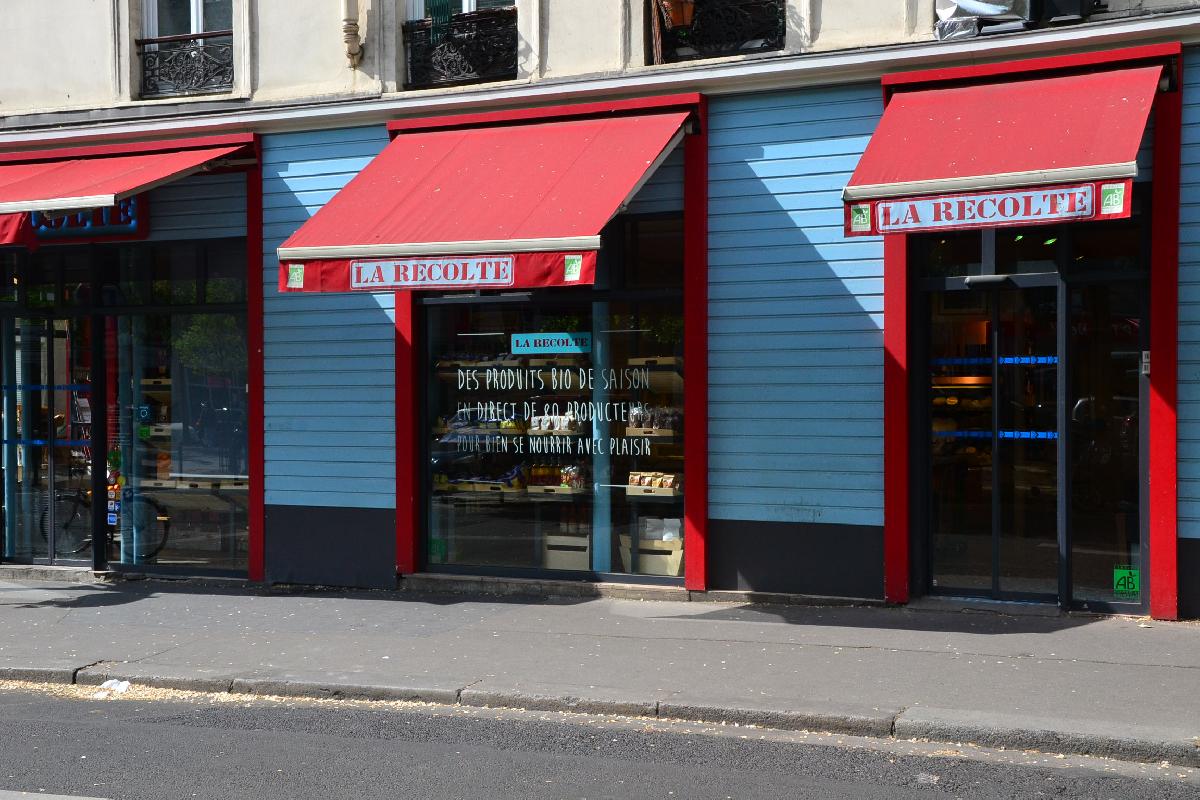 With stores dotted around the city, particularly in affluent areas that are the best neighbourhoods to live as an expat family in Paris, you’ll never be far from this organic convenience store. Which makes eating consciously easier than ever. Offering only certified organic produce, which they call ‘Bio’ in France, you’ll know that your food is coming from a good source. Look out for special dietary foods like gluten-free bread, vegetarian and vegan options, and homeopathic supplements. If you’re attempting to cutdown on your packaging then you’ll be pleased to know they have nuts, grains and dried fruits available by the kilo that you can take away in your own packaging. 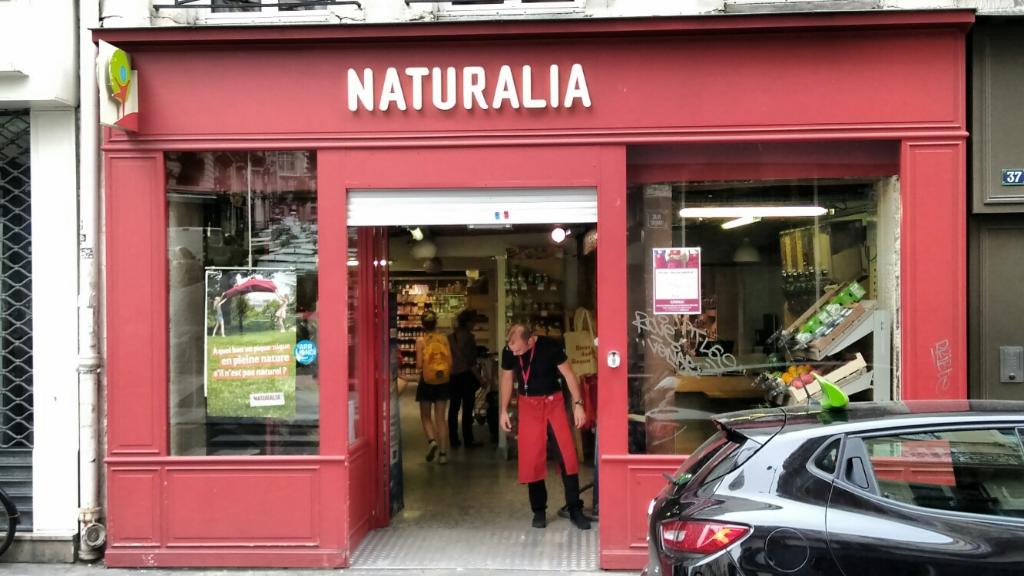 Right in the heart of the Opera neighbourhood, which is one of the best places for expats to live in Paris is Ace-Opera, a Japanese supermarket with an extensive selection of food from Japan and further afield. It’s actually one of the cheapest places to buy your Japanese groceries despite its prestigious location and the staff here tend to speak perfect English which is helpful if you don’t know your udon from your soba. 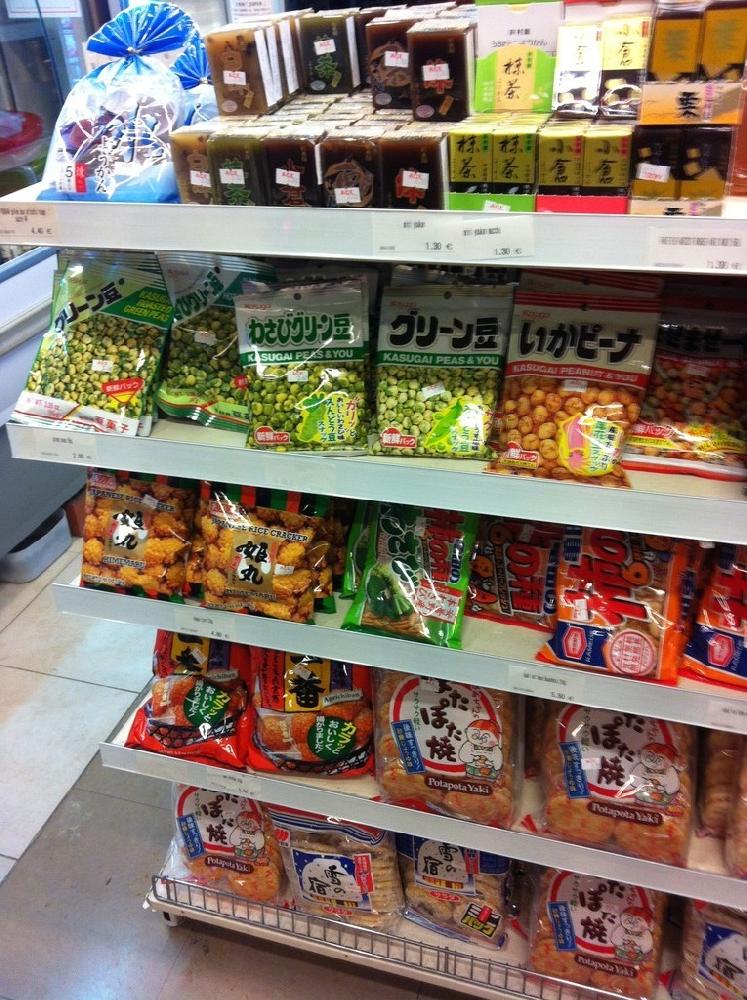 This South Korean supermarket is popular with East Asian expats but also with Parisians looking to cook something from the other side of the world. Although it specialises in South Korean food, it’s a general Asian supermarket and you’ll find Chinese, Japanese and Thai ingredients too. From kimchi to glass noodles, you can find tall here. There’s even cooked food section that does a delicious Korean friend chicken selection which is perfect if you’re grabbing dinner on the go. 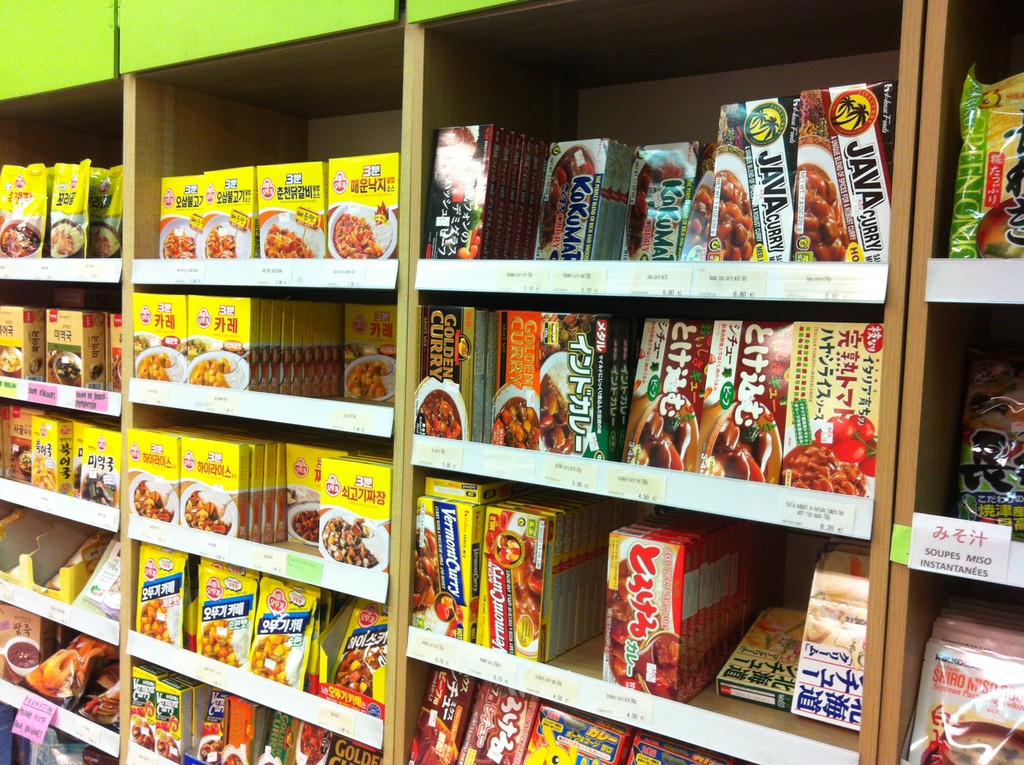 One of the joys of moving to Paris, or even just moving to a new neighbourhood within the city is discovering your new boulangerie and getting to know the breads and pastries that they sell. They say you know you’re a Parisian when you wouldn’t be seen dead in the bread aisle at the supermarket and instead pick up all your baked goods at your local boulangerie. For your morning croissants, your weekend baguettes and your evening desserts, forget the chain supermarkets and support your local boulangerie. 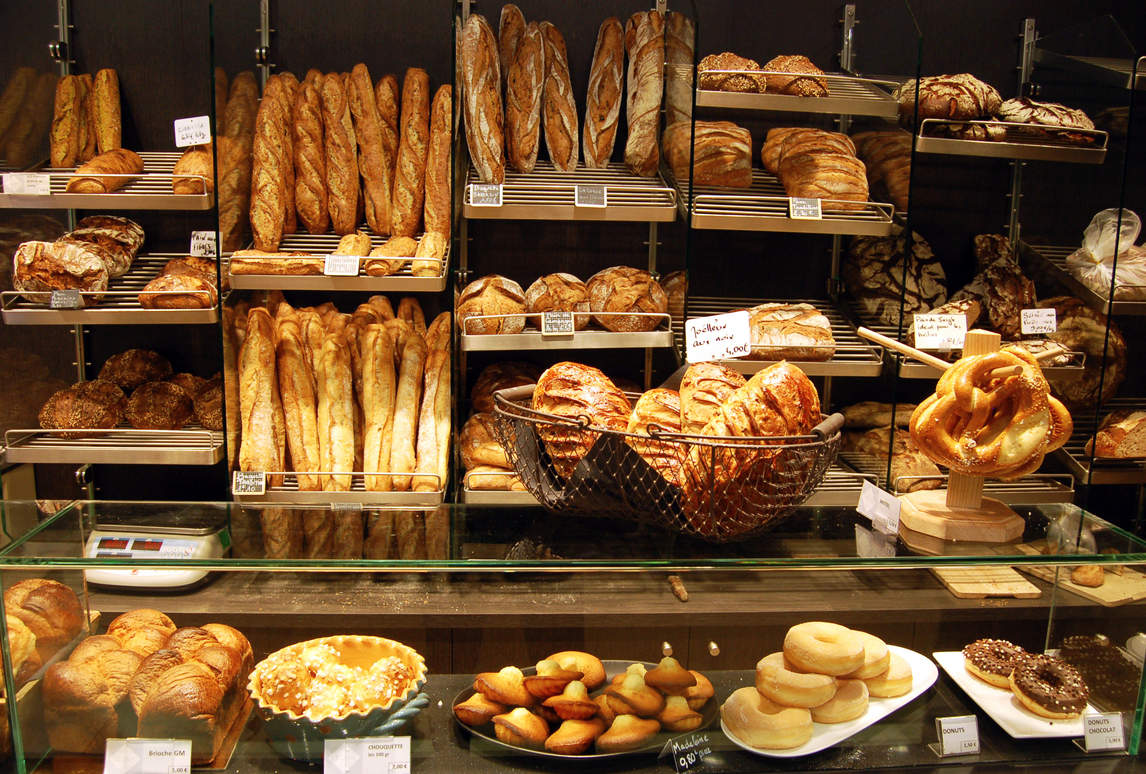 For frozen foods and ready meals

Paris is certainly a food lover’s paradise, but what you might be surprised to learn is that Parisians don’t actually like to cook that much. Small kitchens in most Paris apartments mean there isn’t much space for food preparation. But that doesn’t mean they don’t like nutritious, fulfilling meals, and that’s where Picard comes in. Everything in this supermarket comes frozen and Parisians often say it’s the secret to a stress free dinner party. From green beans to blueberries to foie gras-filled filo pastry pockets, Picard’s products are known as the French home cook’s best-kept secret. All of Picard’s 1,200 products are frozen but that doesn’t stop the adulation - in 2014 it was named as the favourite brand of French consumers. 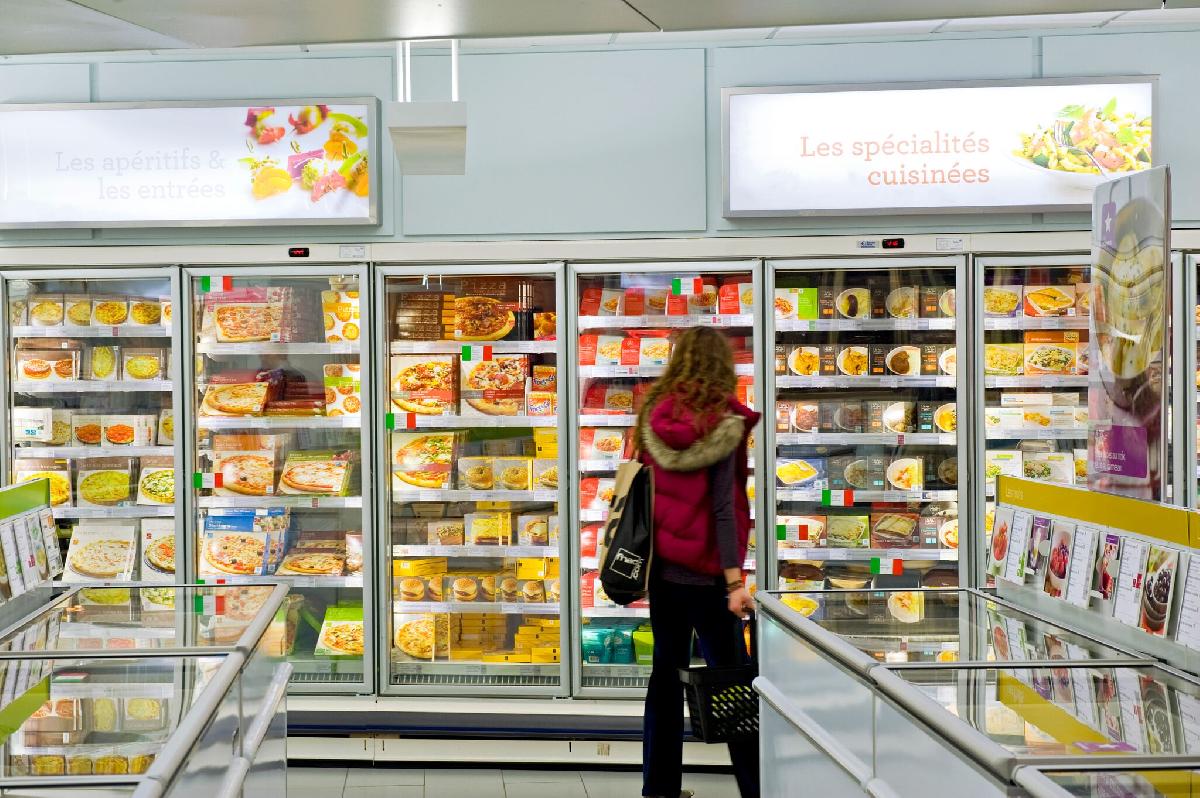