Nottingham is far from being the best-known for its food. It's not exactly Paris, it's not exactly Rome, it's not exactly New York, and it's definitely not London. However, are there still places to get delicious eats in the city? Absolutely! And you'd be surprised by just how diverse the restaurants here are. You'd think that a city like Nottingham would only serve British food, right? Wrong! The truth is, there are a lot of cuisines available in this city. Some exotic, some traditional, all are exquisite. And here are few places where you can get the most delicious food! 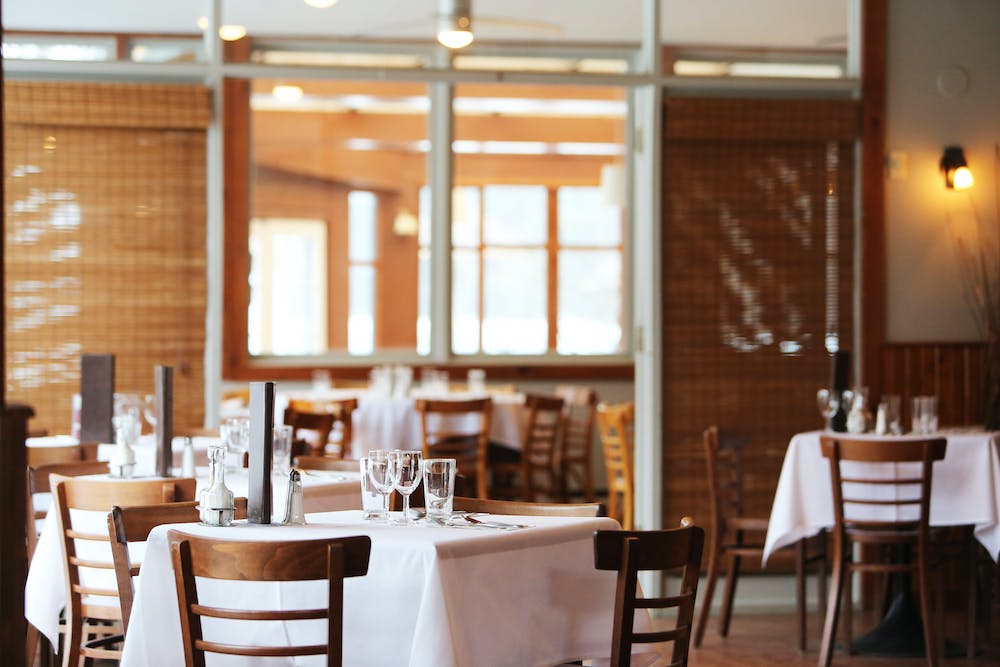 Right off the bat, let's start with a beautiful restaurant called Alchemilla. Located inside a former horse carriage garage from the 19th century, the ambiance alone takes you to another time. But what about the food? It's a roller coaster ride of flavors in this joint. Serving up a traditional British feast, including the likes of a savory porridge, some juicy hogget, and even a vegetarian menu to boot, you won't know which dish to go for! Add to that their amazing selection of wines that go well with their dishes. What's not to love? 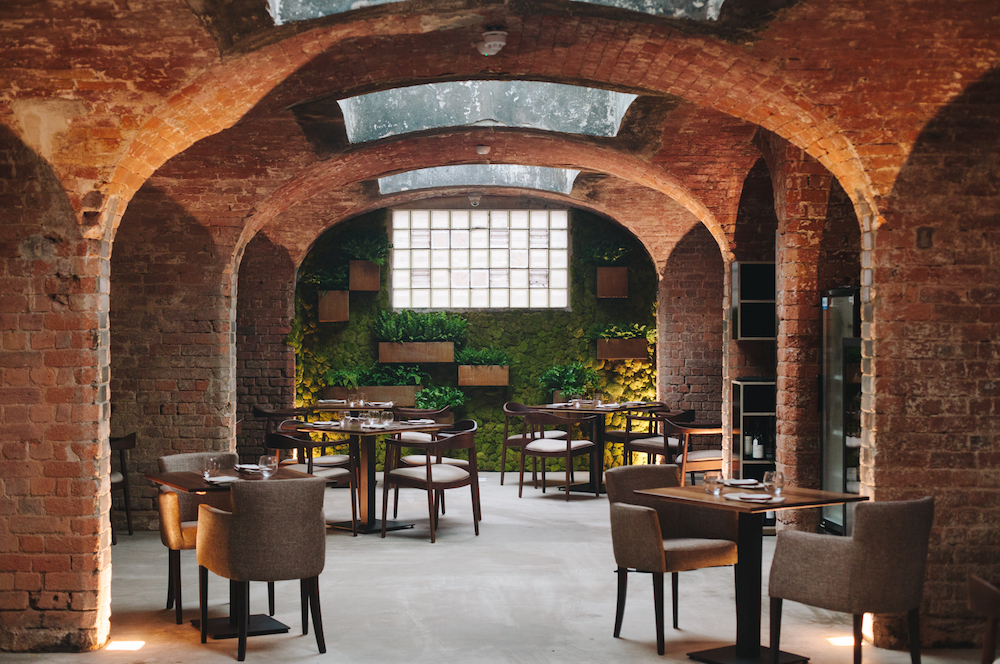 You can already tell by its name what cuisine to expect here! Nestled in a charming cottage-like setting that looks straight out of Brittany or Hauts-de-France, you get the full-blown French countryside dining experience here! Try a plate of escargots and taste for yourself why the French love eating this infamous delicacy. Savor some moules, many of which are fresh straight from the nearest seafood market. And, of course, some nice French pastries for dessert. Who wouldn't want to just enjoy life and relax in such a place? It's not exactly France but it's good enough! 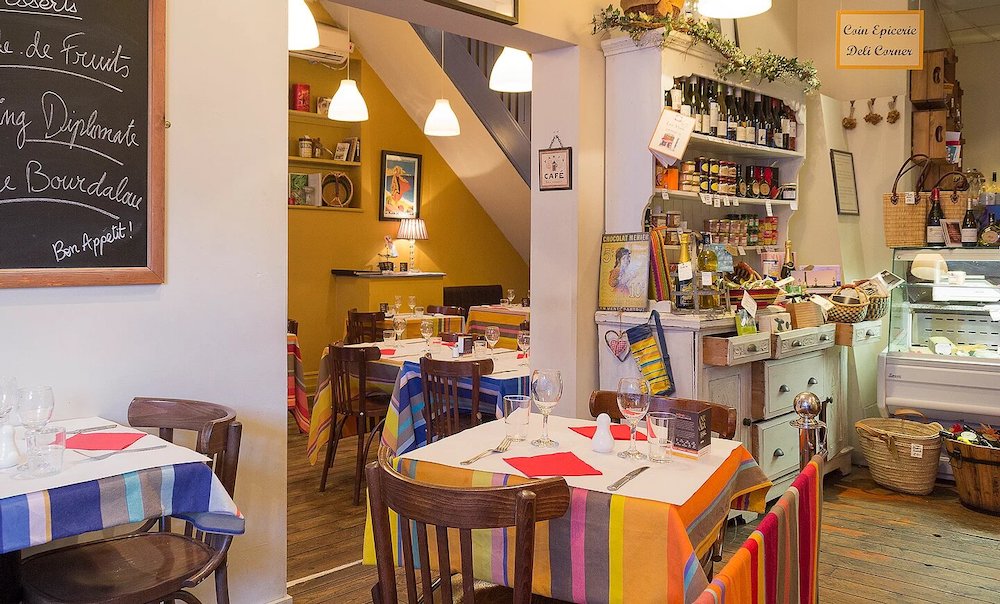 The full name of this place is actually Hart's Hotel and Kitchen in Nottingham. So yes, it's actually a hotel! But the restaurant here has become so popular that most people just refer to it as Hart's! But why is it so popular? For one thing, it's near the popular tourist attraction, Nottingham Castle. But also because it's an upscale place where folks can dine on the best British dishes in town. Think grilled rump steak drowning in a delicious savory sauce! Pan-friend scallops that almost taste like the sea. And, of course, some of the best wines available to complete the meal. 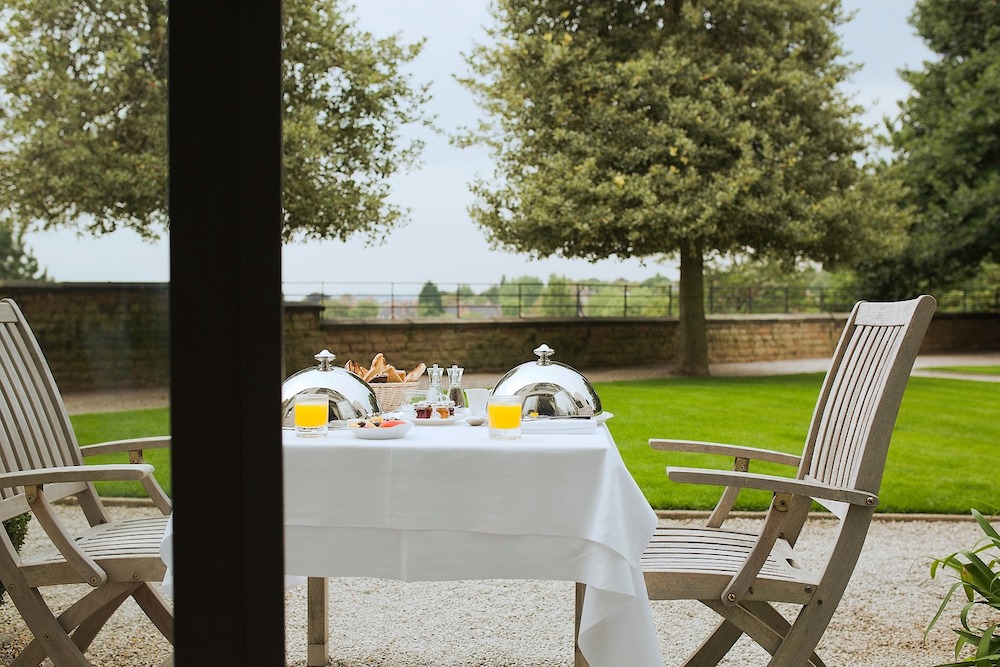 If there's one thing British people enjoy the most apart from their own cuisine. it's Indian food! that's why Kayal has become one of the go-to restaurants for a special occasion among the residents in Nottingham. Serving up the most delicious Indian dishes and delicacies in this part of the English countryside, it's impossible not to leave here without an empty stomach. Especially since the curry here is so rich and spicy, it's almost unbelievable. And what of the coconut chutneys? Superb! If your up for some spice in your life, this is where you should head to! 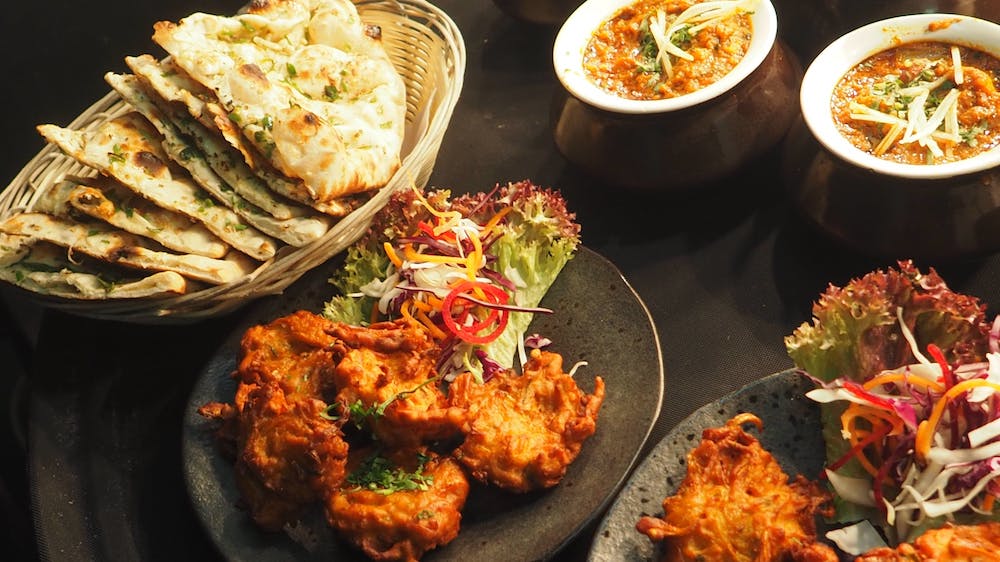 People go here for two main reasons. The first is, of course, the beer! In essence, Kean's Head is your quintessential pub. The type where your dad would go to in order to relax after a hard day's work. As a hub from Castle Rock brewery, as well as many other different kinds of beer on offer here, you'll probably stay here until the wee hours of the night. The second reason is, undoubtedly, the amazing food! For breakfast, eggs benedict is served just right. For lunch, some succulent sausage might do the trick! And for dinner? Well, you'll just have to go here to find out! 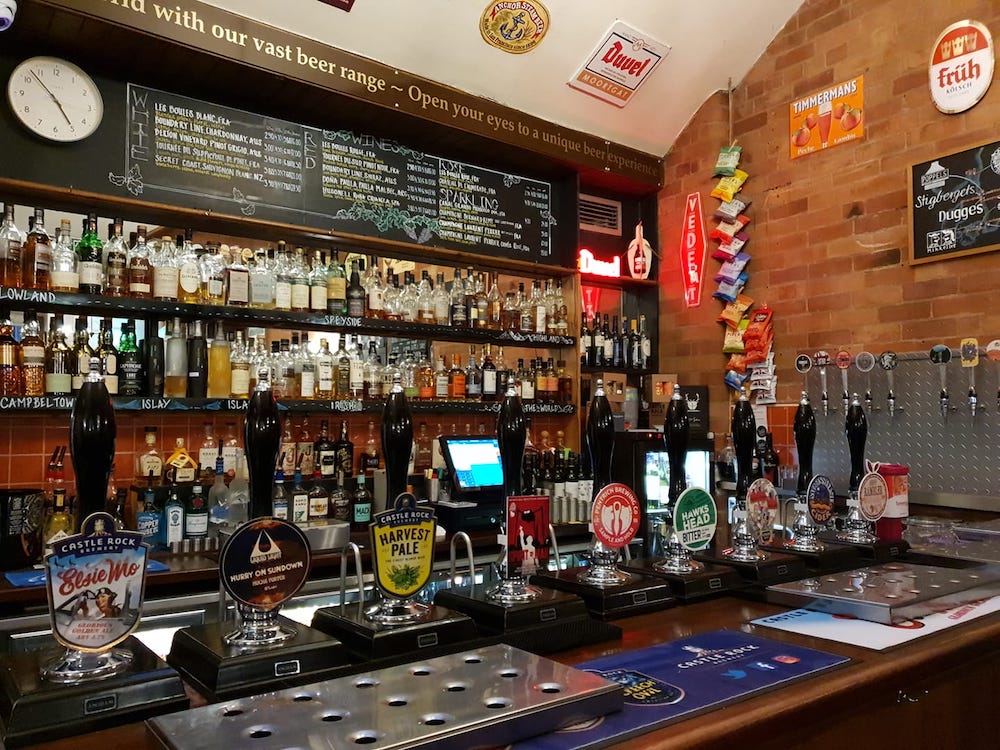 Up for some seafood? The Cod's Scallops is your answer to that! Argubaly the family-friendliest out of all the places on this list, its nautical theme and ambiance are as charming as ever. Located along Mansfield Road, it's also easy to get to via public transport? But what about the food? This is the best place to go to for some fish & chips! Granted, those in London are some of the best in the UK, this one can easily rival them, without a doubt! Salty, succulent, and so savory, you'll realize why so many people in this country love this snack so much! 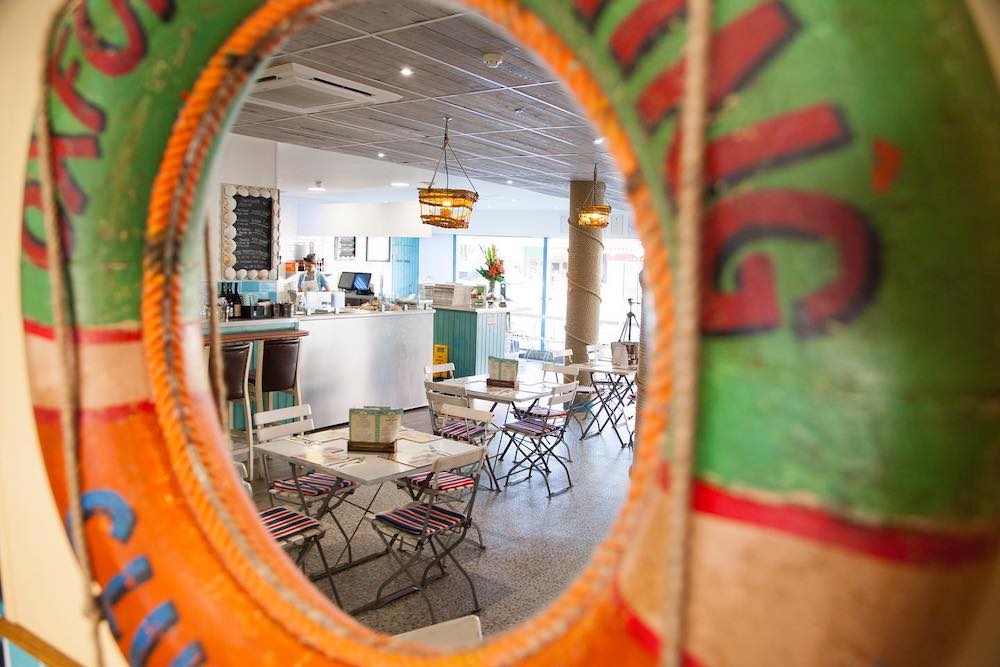 Finally, there's The Pudding Pantry. You already know what this place is all about just by looking at its name, right? Here in the UK, the word 'pudding' also means dessert. And this place has some of the best of them all in Nottingham. From pancakes to pastries, cakes to cookies, and even some ice cream to top them all off, this is a sweet tooth's paradise through and through. It's also why kids love going here too! It's the type of place where parents take their little ones too after Church as a reward for their good behavior! 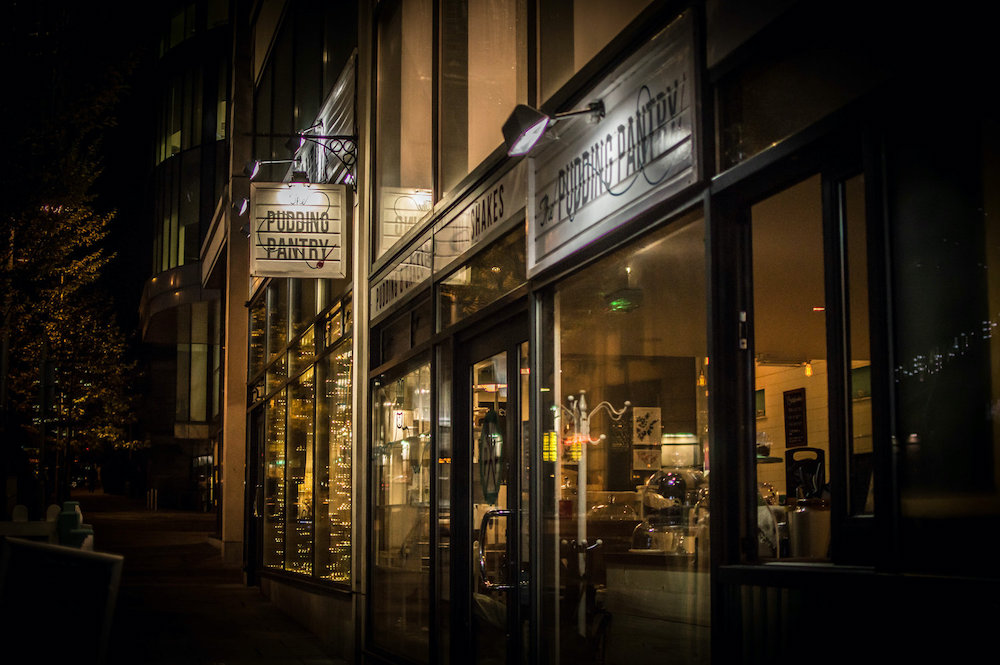 Nottingham is far from what you'd call the food capital of the world but that doesn't mean there aren't any good places to eat here! On the contrary, the many restaurants here are actually as diverse and delicious as the ones in the actual food capitals!

Resting in your luxury home in Nottingham after a big meal in any of these amazing restaurants is the best!