Italy is a lot more fascinating than you might think! Sure, the history in Rome, the glamour in Milan, the romanticism in Venice, and the artistry in Florence are enough for you to know just how amazing the country is. But Italy has a lot of, shall we say, 'unkept secrets,' that you probably have yet to know about. Case in point: Cinque Terre! Have you ever been to Cinque Terre? Have you ever even heard of it? This astounding seaside city is, without a doubt, one of the most magical places in Italy. Here are what you need to know about! 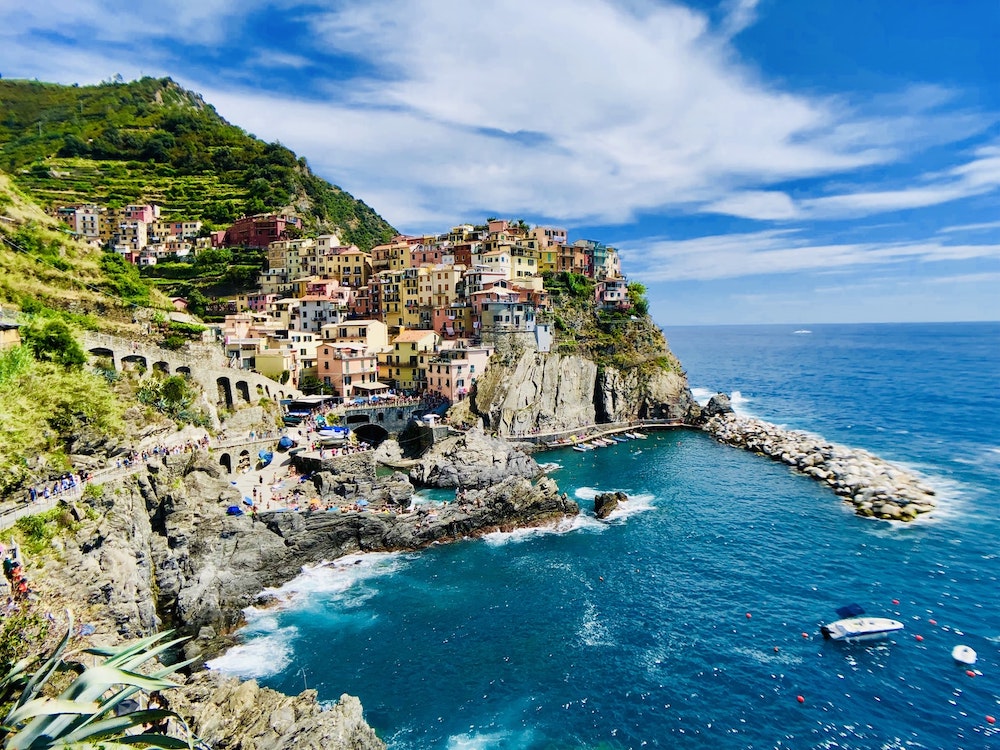 When they say that Italy has some of the best beaches in the world, there's a big chance they're also talking about Monterosso. This seaside village is as Cinque Terre as can be; the type you'd expect to see in a Fellini film! Cinematic with a whole lot of sunshine to spare, it's a paradise unlike any other! However, as Monterosso is the largest neighborhood in Cinque Terre, it can get pretty crowded at times. If you don't mind swimming with a lot of people, then you'll likely enjoy your stay here! 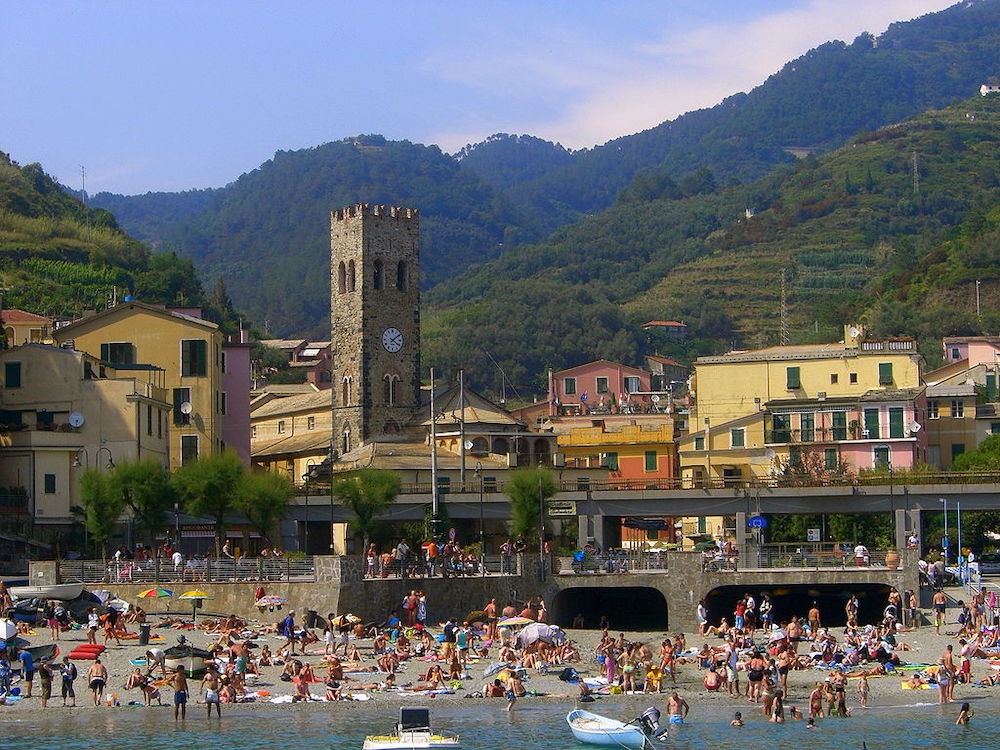 Picture it: shades of red, yellow, and orange merge atop a beautiful hill in a tiny peninsula in the Mediterranean! Sounds like something you'd see on a postcard or in a movie, right? Well, such a place actually exists outside of fiction! It's the picturesque village of Vernazza in Cinque Terre! Bordered by two incredibly beautiful beaches, it's one of the most idyllic towns in the Italian countryside you'll ever see! Though the accommodations here aren't exactly five-star worthy, the beauty of the place more than makes up for it. You'll likely spend more time outside anyway! 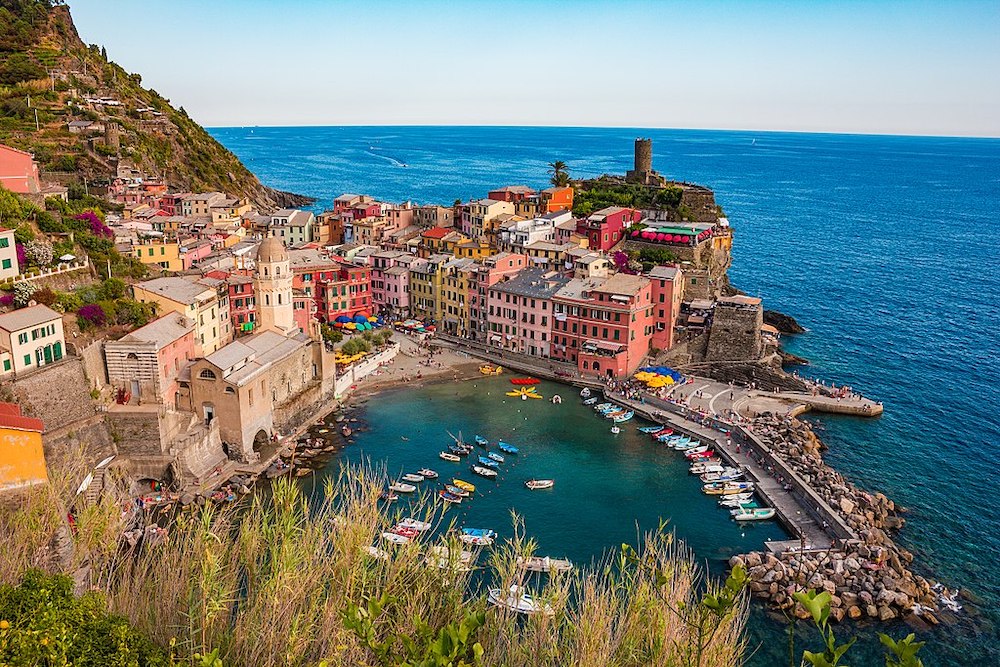 Perched atop some of the highest hills in the region, Corniglia is one of the quieter villages of Cinque Terre. It's as picturesque as Vernazza too, what with the eye-catching clash of the summer colored-houses with the lush greeneries that surround them and, of course, the pale blue Mediterranean sky! If you really wanted to relax and stay in a quaint village in the Italian countryside, this is your best bet. Sure, you may need to rent a car or, if there's a signal, use a transportation app to get to the nearest beach. But all the effort is worth it once you've truly basked in the glory of Corniglia! 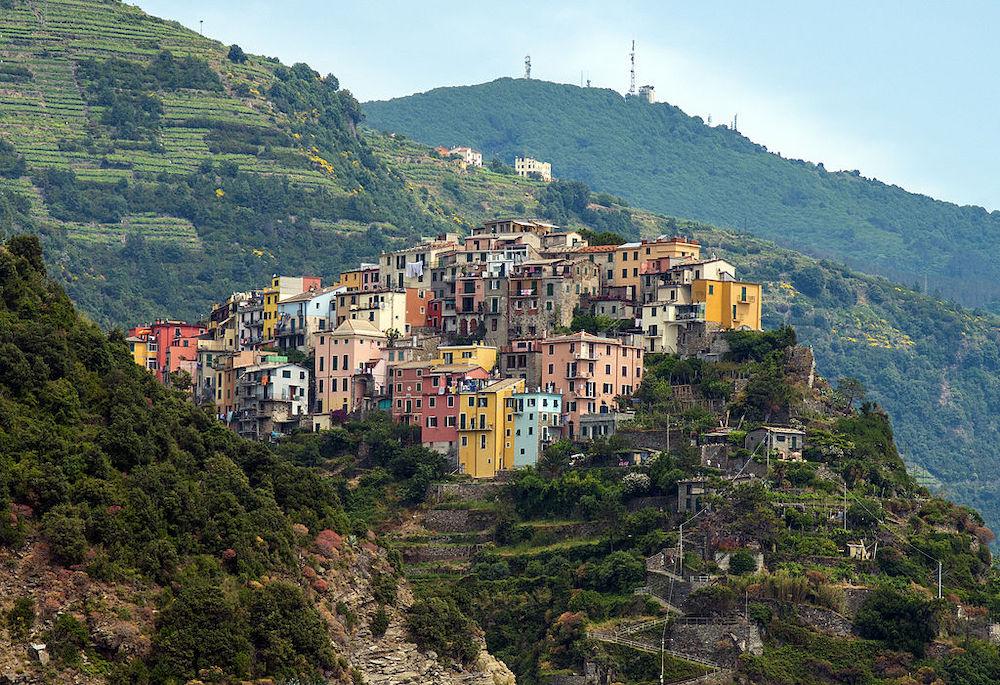 A village on a cliff always makes for a great postcard, doesn't it? Or even a romantic scene in an Italian film? If such a place entices you to no end, you'll want to go and stay as Manarola! The beauty here is double in that, not only is the village itself so painstakingly picturesque, but the views you have once you're there are also outstanding! You'll wish you were a photographer or a painter because you won't want to forget what you've seen from this vantage point! Just make sure you're careful at all times as staying atop a cliff is no joke! 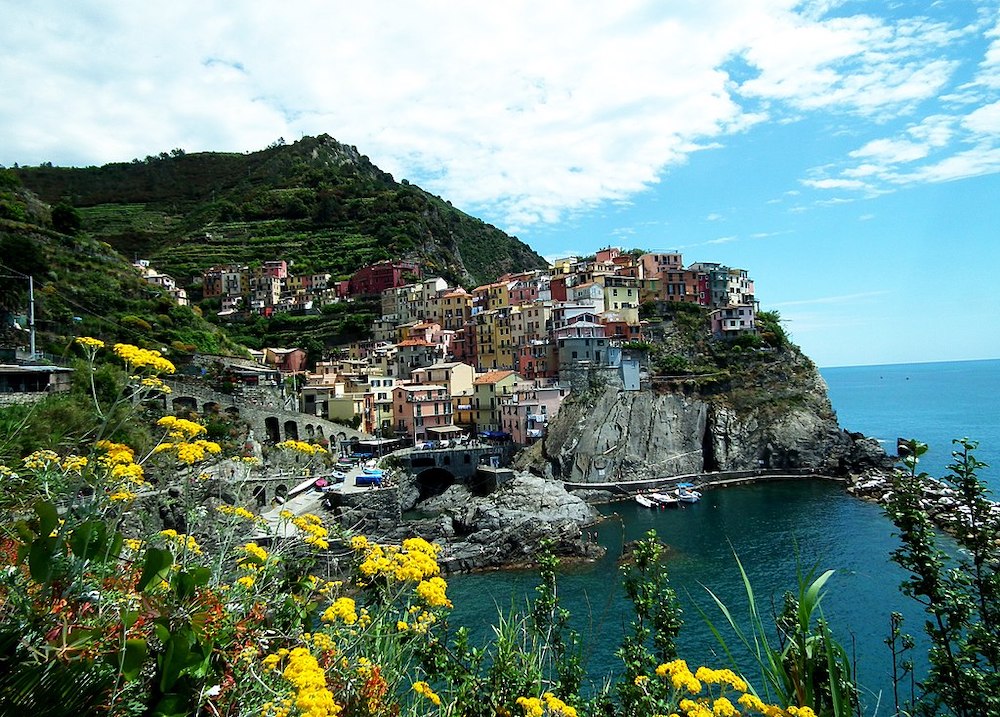 Finally, there's the bombastic village of Riomaggiore. Bombastic is a great term to describe it as it is the nightlife hub of Cinque Terre! If you thought the big cities of Rome and Milan were the only places with an electric nightlife scene, then you're sadly mistaken! The parties can go just as hard in this part of the country. So much so that a downside to staying in Riomaggiore is that you'll rarely get a good night's sleep here. Even if you were able to rent a luxury apartment or book a swanky hotel room, partying hard after dark is the way of life here! 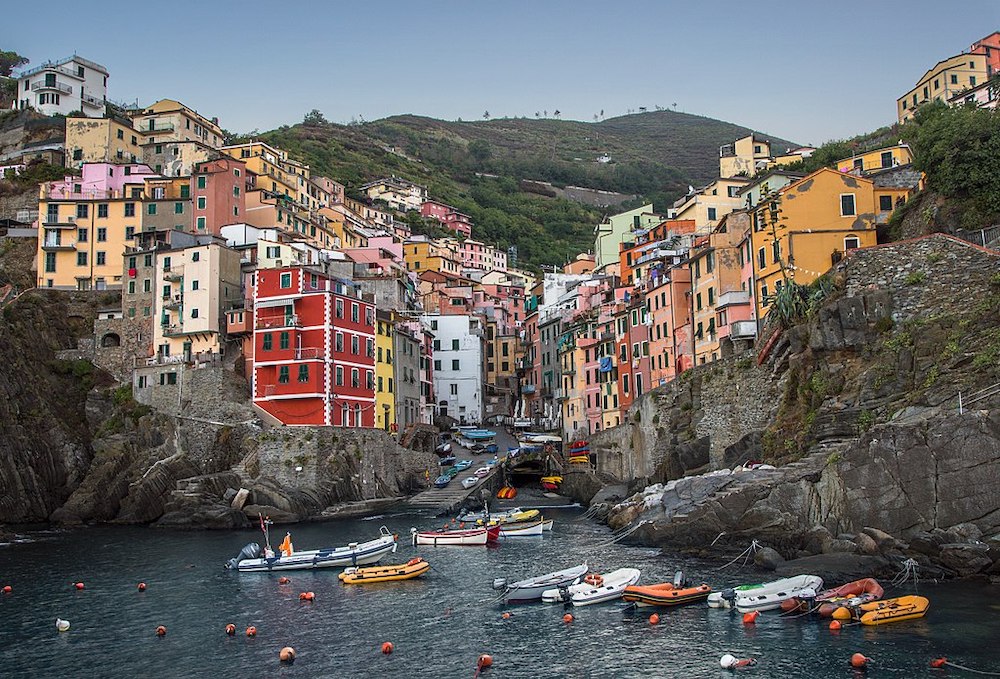 Cinque Terre is the Italian paradise you've probably never heard of! But don't worry! Have the fun of going here is actually discovering its stunning beauty, the amazing scenery, the laid-back way of life, and gaining a new appreciation for the Italian countryside!