The 10 best places to catch the Christmas lights in London

Source: Evening Standard
At this time of year, the whole of London lights up with Christmas illuminations everywhere in the city. From shopping streets to parks, we’ll tell you the 10 best places to head to see some Christmas lights and of course, get that insta-worthy shot.

The theme of this year’s lights on one of the world’s most famous shopping streets is ‘Christmas is calling’. It’s more understated than it has been in past years and with purple and white balls taking centre stage and large multi-coloured banners announcing that Christmas is indeed, on the way. 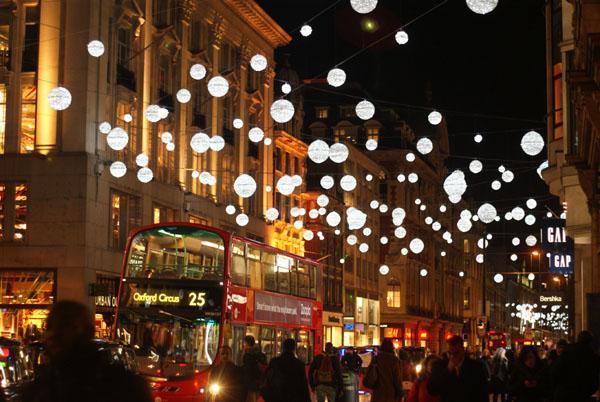 If you can fight of the crowds outside Hamley’s then taking a walk down Regent Street at Christmas is a bucket list experience for anyone who loves this time of year. The Regency-style street is lit up with a throwback to the first lights that went up there in 1954. Expect saint-like figures sweeping up and down the road, giving it a decidedly whimsical air. 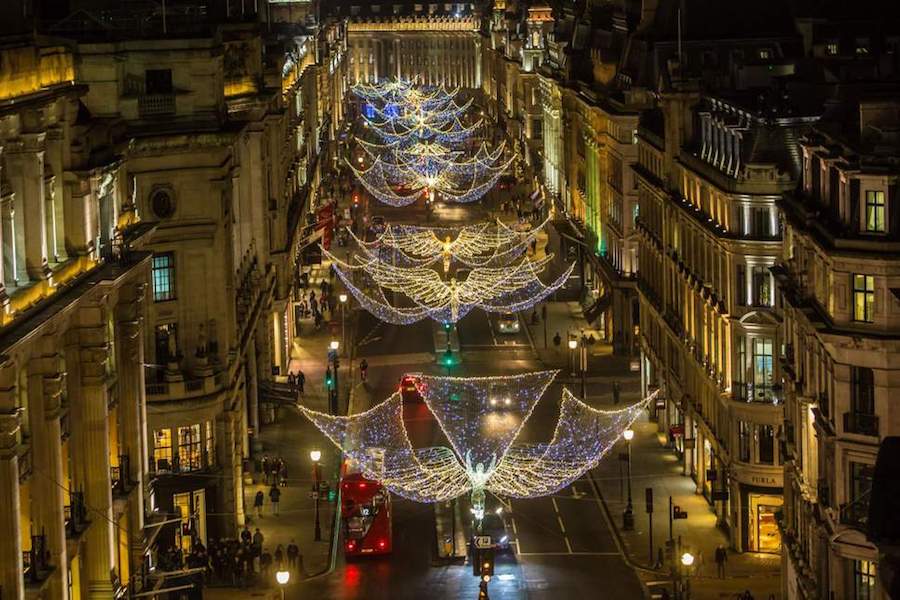 With the release of the film Bohemian Rhapsody, the popularity of Queen has enjoyed a comeback (although we’re not sure it ever went anywhere really) and Carnaby Street is following suit with Queen-themed Christmas lights. The neon display is far from traditional and might even offend some Christmas purists but we love the colourful illumination. Go to the top of the street near Liberty and take a photo of some of Queen’s most famous lyrics suspended in the sky. 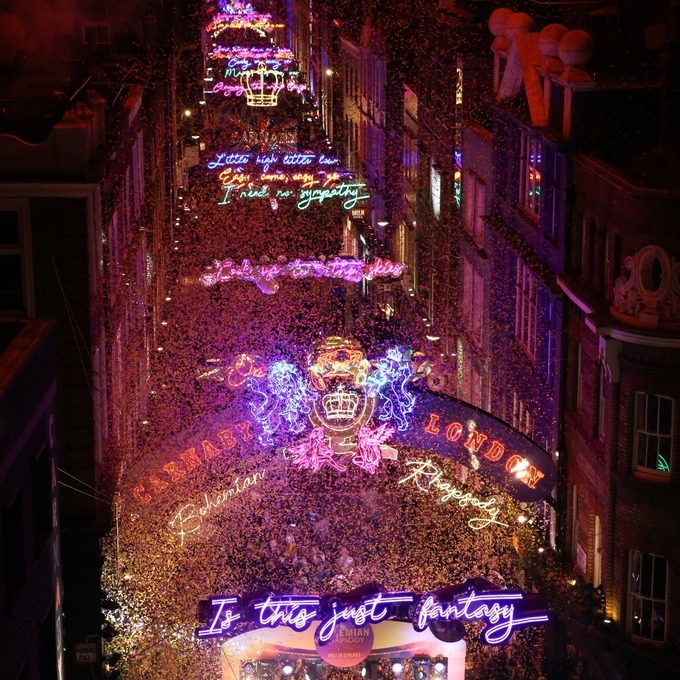 Nowhere does Christmas quite like Covent Garden and this year is no exception. The central market is illuminated with tasteful white lights and two huge Christmas trees at either end. Go down to the basement floor and look up to see a sheet of fairy lights and grand chandeliers twinkling above. There are also some majestic silver reindeer placed on either side of the plaza. 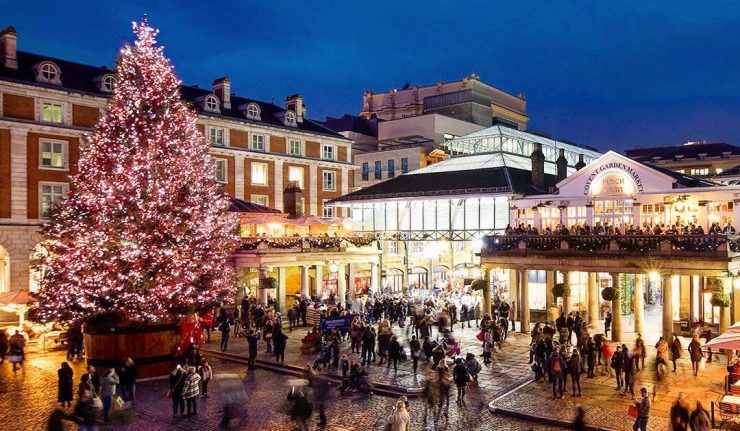 This hidden passage between Oxford Street and Marylebone always plays host to beautiful Christmas lights. Bustling with happy shoppers and people dining in the many restaurants, this is a lovely place to head for some Christmas cheer right in the heart of London. The Christmas lights are bauble-themed with hundreds of them hanging in the narrow alley. 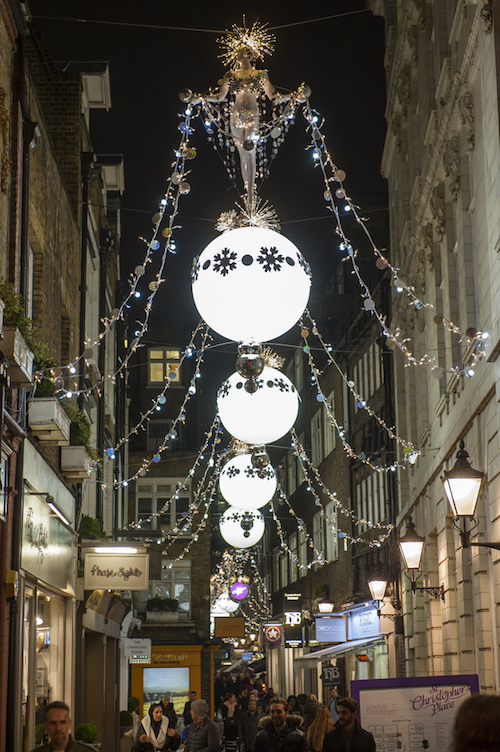 Southbank’s Christmas market is back again this year and with it comes a stunning display of Christmas lights. The London Eye is lit up and the surrounding trees are draped in fairy lights. The perfect place to enjoy a mulled wine and watch the twinkling wheel.

As classy as the neighbourhood’s residents, the Christmas lights in Marylebone are not to be missed. Do some shopping while your there and enjoy the areas gorgeous boutiques. And if you miss it before Christmas? The lights will be up until the Twelfth night so you have plenty of time to see them. 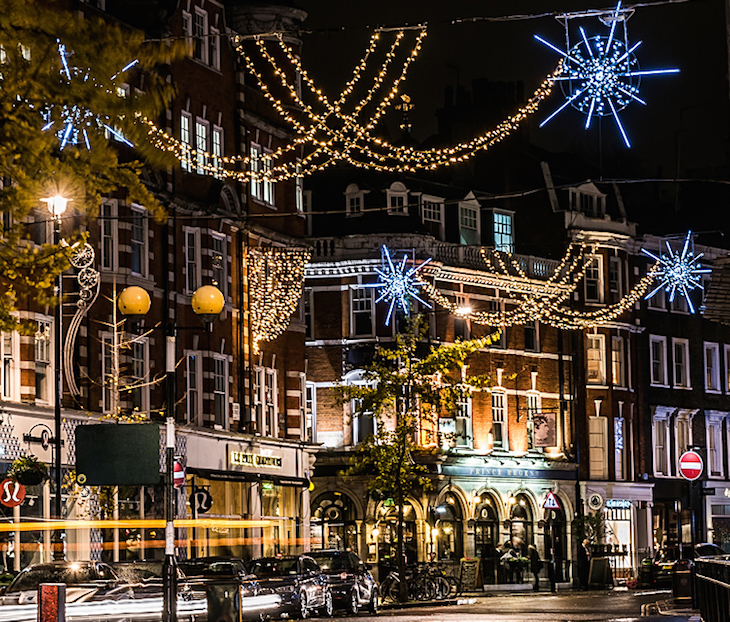 Kew Gardens seem to outdo themselves year after year with more magnificent Christmas lights each time. The plants in the botanical garden are lit up on a mile-long trail and there’s a moon-lit flotilla bobbing on the lake. The tree canopies are also flooded with lights making it a truly magical spectacle. 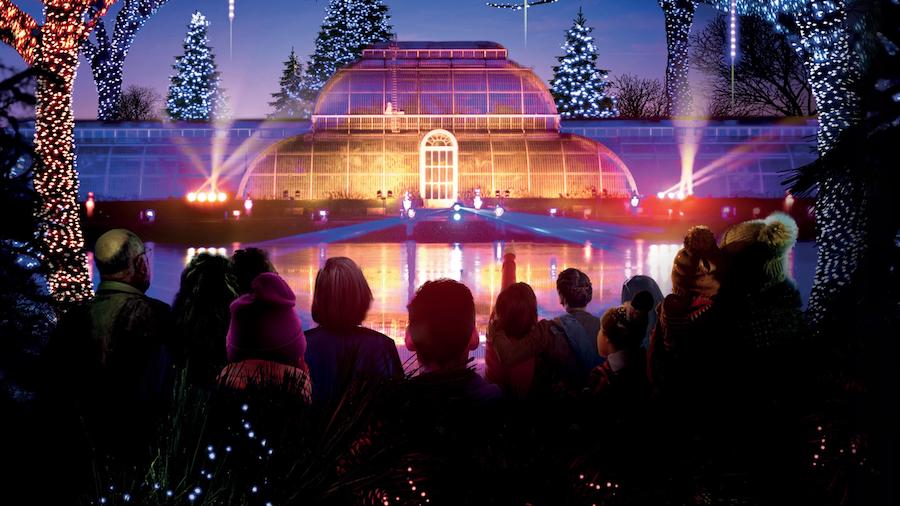 One for the kids (and the young at heart), London Zoo is a great way to see some Christmas lights without having to face crowds of shoppers. A one-mile path will light the way for nature enthusiasts as they walk around the zoo encountering nocturnal animals as well as beautiful light tunnels and spectacular light displays. 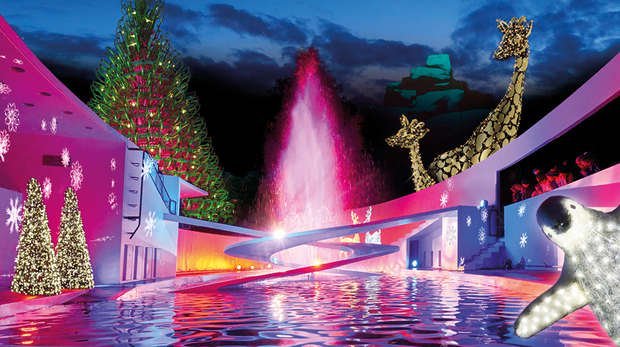 Described by Norwegians as ‘The Queen of the forest’, our Scandinavian cousins will spend months, sometimes years picking out the perfect tree to go on display in Trafalgar Square. As is tradition it is then shipped over and lit up in the first week of December. You’ll see traditional white lights on the tree and carol signers gathered around it. The epitome of Christmas for some Londoners. 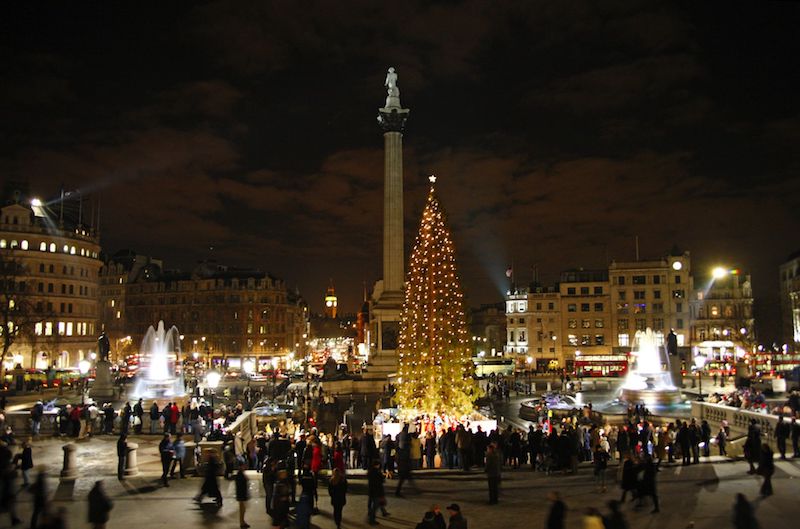 Source: London Guide
With the help of this list we hope you’ll find some awe-inspiring Christmas lights this season. A lot of them are close together so you might even be able to see multiple London Christmas lights in one evening. Try wondering from Regent Street to Oxford Street and then on to Carnaby Street and Covent Garden to catch the most famous displays.