London apartments with good links to the city’s airports

2021-04-27
The city of London is served by six airports but some are further away than others. Heathrow, Gatwick, City Airport, Luton, Southend and Stansted are all technically London airports, and they all provide direct train and bus routes to the capital when you land. These London apartments are all located close to the train stations which serve the airports to make your visit as seamless as possible.

If you fly to Gatwick

Maybe London’s most famous airport Gatwick serves most international destinations and has a mix of budget and non budget airlines. From Gatwick you can get the train to Victoria, London Bridge or Blackfriars.

In the affluent area surrounding Victoria Station and within walking distance to Sloane Square, is this traditional London apartment. The Gatwick Express rushes travellers to Victoria every 15 minutes in peak times and takes just 30 minutes so you’ll be settling into your temporary home in no time. 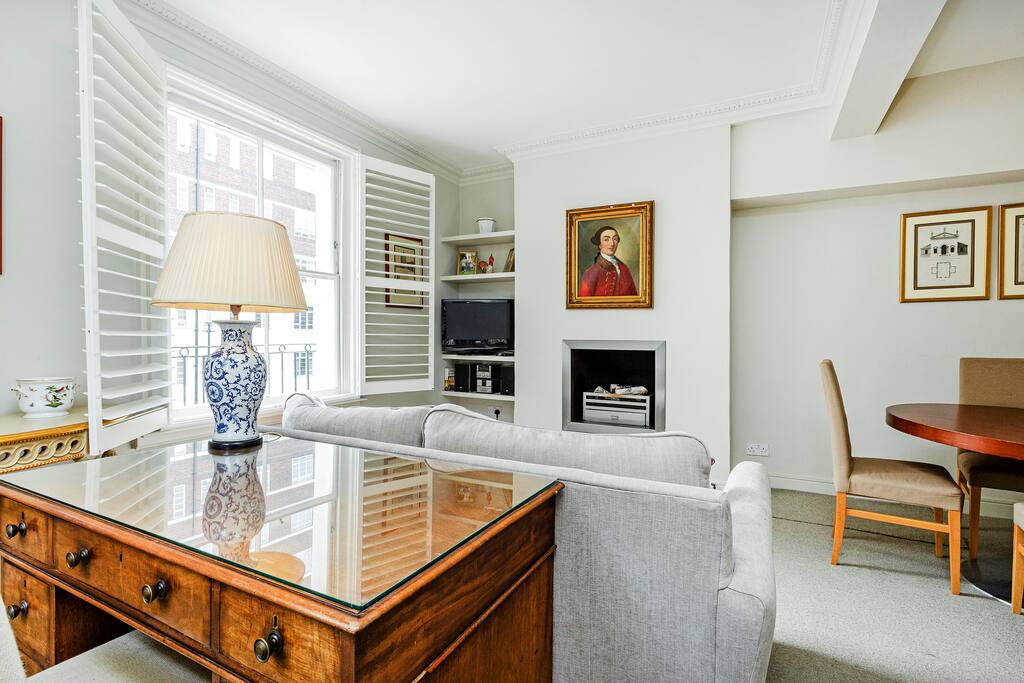 This beautifully designed three-bedroom apartment is located right in the heart of Chelsea and just a short walk from Victoria train station. It comes with modern furniture and appliances, a beautiful garden, and two parking spaces. The apartment features one king bed, one double bed, and one bunk bed, making it ideal when travelling with kids. 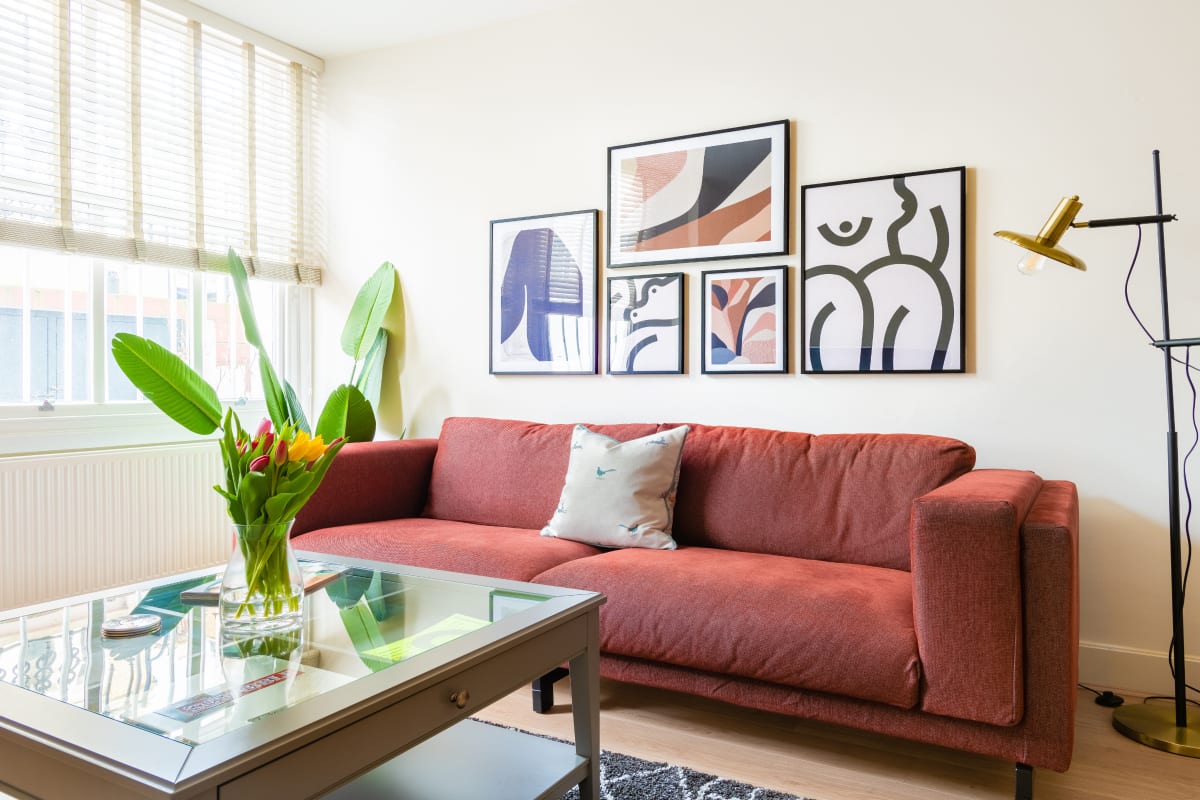 If you fly to Heathrow

Heathrow is London’s largest airport with 5 terminals serving thousands of international destinations. It is also the only train on the London underground. You can get the Piccadilly line to anywhere on the route or if you’re in a hurry, the Heathrow Express whisks you to Paddington in 25 minutes.

Just west of Paddington is the stylish residential district of Bayswater and this beautiful one-bedroom apartment. The two-level apartment is just 10 minutes from Paddington station so you can hop straight off the Heathrow Express and be at your holiday home almost instantly. 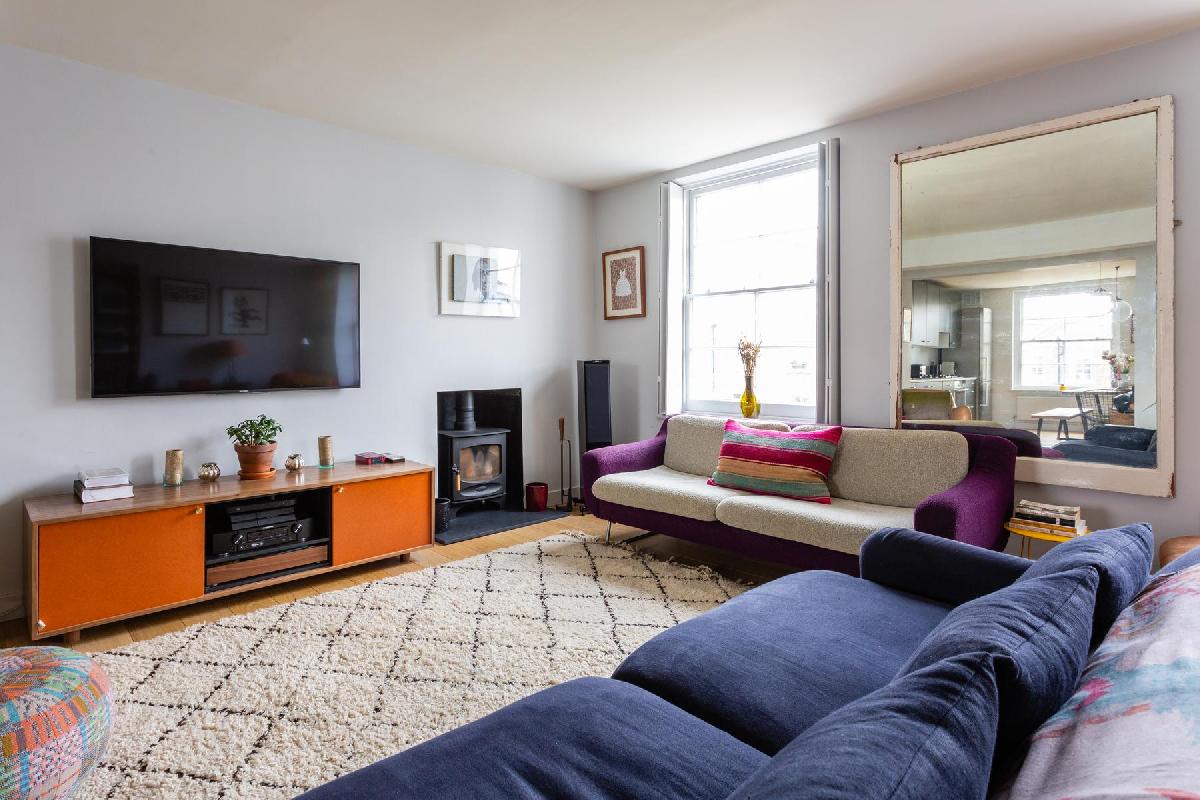 If you fly to Southend

Southend airport is in Essex and is further away than some the other airports, but it’s so small that you will be in and out in a matter of minutes and usually won’t face any queues at security unlike at Gatwick and Heathrow. That’s why lots of locals choose to fly here. The train takes you to Liverpool Street via Stratford.

If you want to rub shoulders with the city’s most stylish residents then you'll love staying in this impressive apartment in Shoreditch. The property is just a quick bus ride away from Liverpool Street Station and you’ll be able to walk around East London on foot, enjoying the iconic multi-cultural mix. 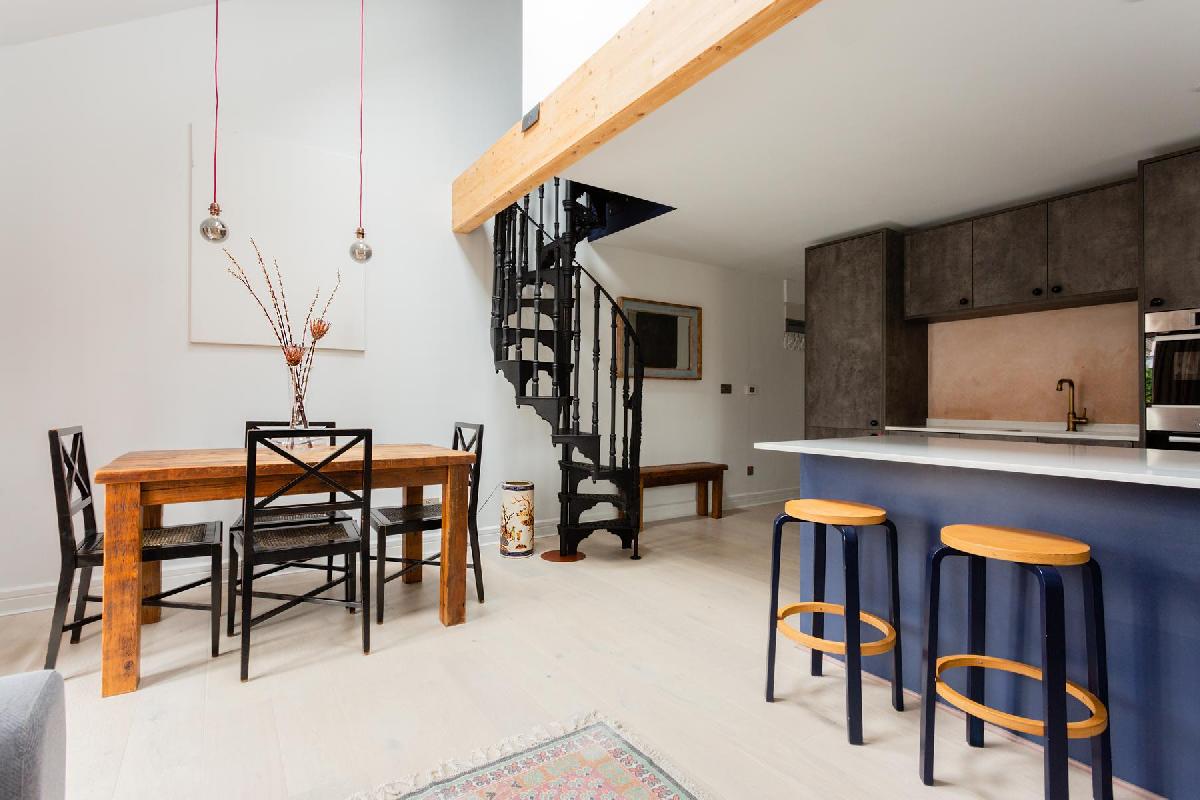 Whitecross Street is one of London’s most vibrant thoroughfares with a daily market and lots of great pubs and restaurants. It’s also right next to Liverpool Street station and close to Old street roundabout which is home to many of London’s start-ups and media agencies. 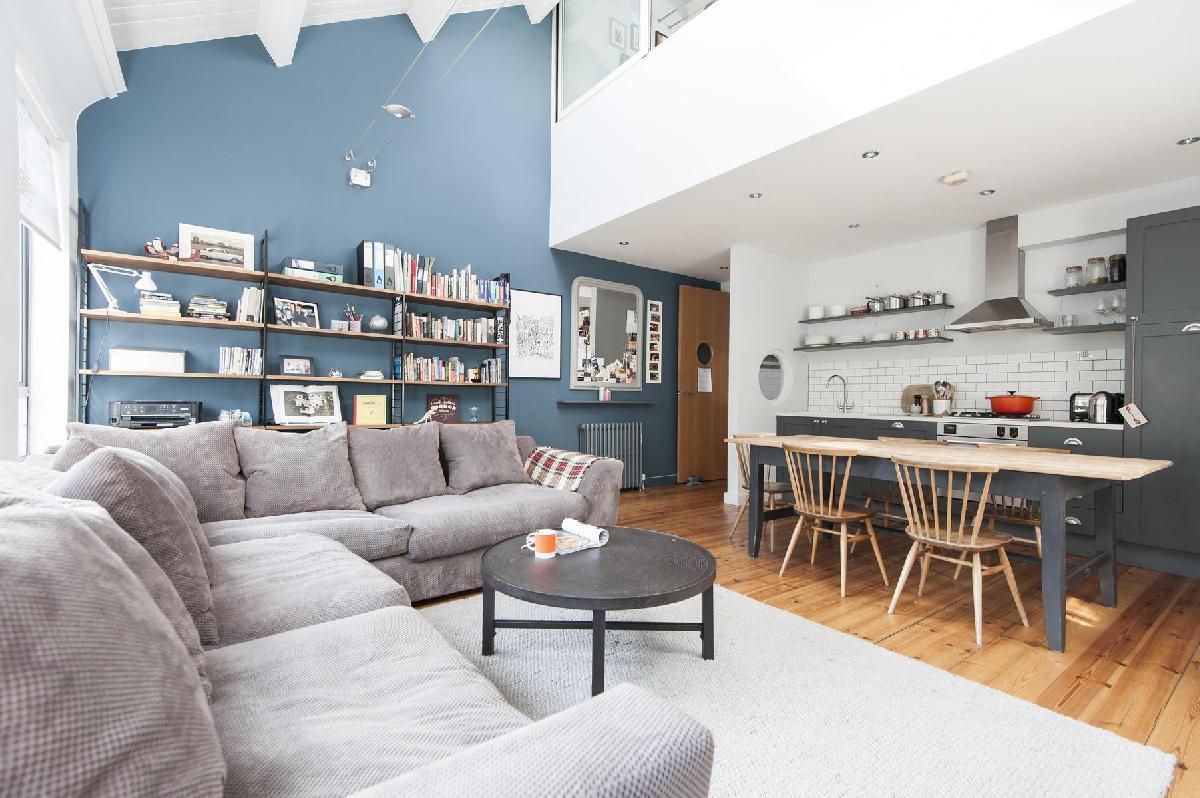 If you fly to London City

This airport is the closest to central London and is used frequently by business travellers. The DLR will take you straight to Bank in under half an hour.

Both business travellers and holiday-makers will love the convenience of this apartment near Canning Town. Just 3 stops from City Airport, you can be in your apartment within just 20 minutes of landing. The contemporary apartment has sweeping river views and a compact kitchen so you can cook at home. 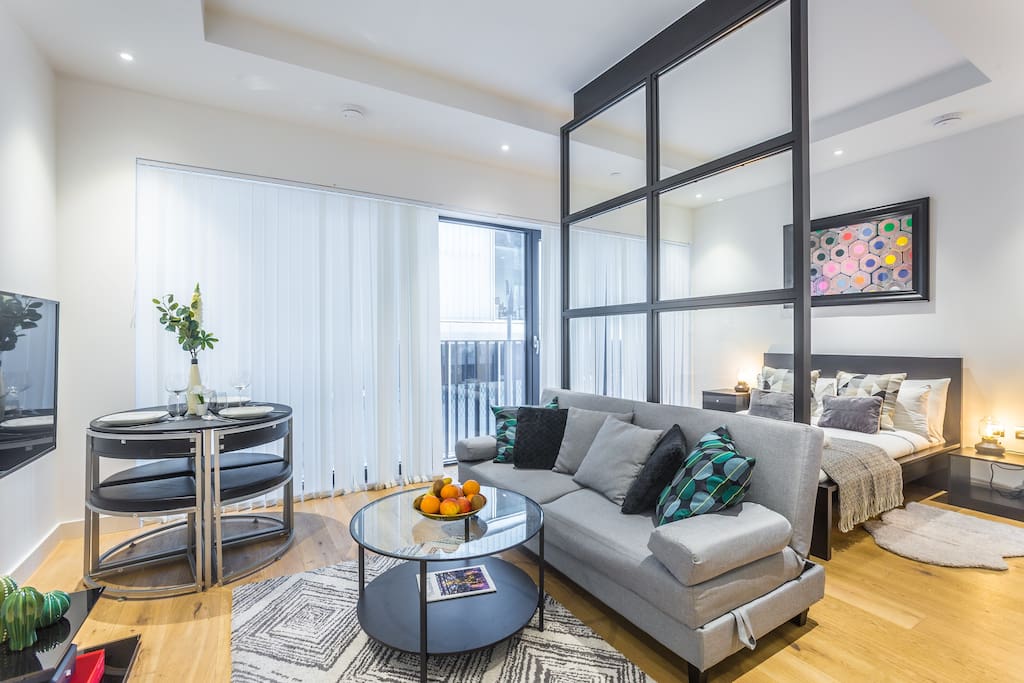 If you fly to Stansted

Stansted is quite far north of London but is the home of some budget airlines so it is an economical choice when flying to London. The Stansted Express will take you straight to Liverpool Street which is in the heart of the city and close to the trendy East End.

North of Liverpool and in the heart of the fashionable borough of Islington is this beautiful one-bedroom apartment. Take a short bus from outside Liverpool Street Station to this charming area. You’re right on the Regents Canal so you can walk and cycle along it and you’re surrounded by lots of trendy boutiques and cafes. 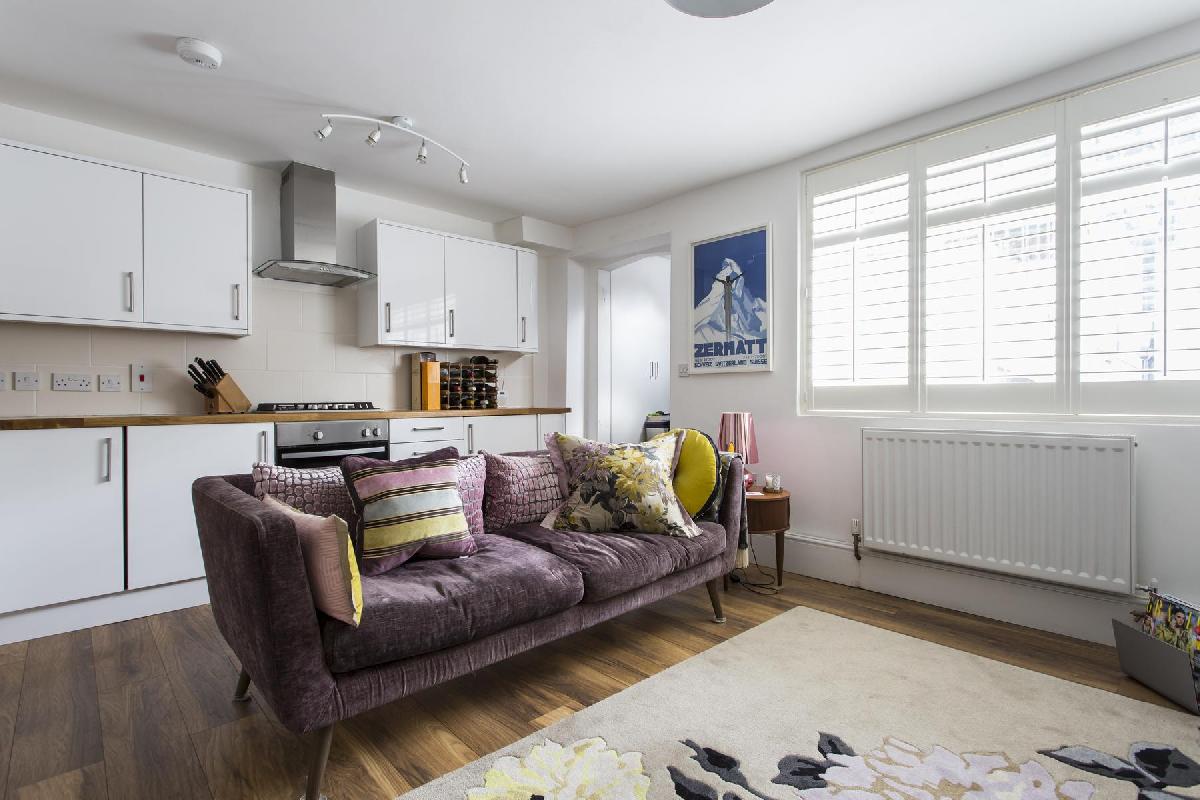 If you fly to Luton

Luton Airport is not the most convenient but it’s improved a lot in the last year. You must get a small shuttle bus to Luton Airport Parkway and from there the train will take you to St Pancras in just half an hour.

This two-bedroom penthouse is just a short walk from St Pancras Station so you won’t have to faff around working out the London Underground when you first arrive in London. But the apartment is located on the northern and Piccadilly lines so you’ll have lots of choice when it comes to exploring the city. 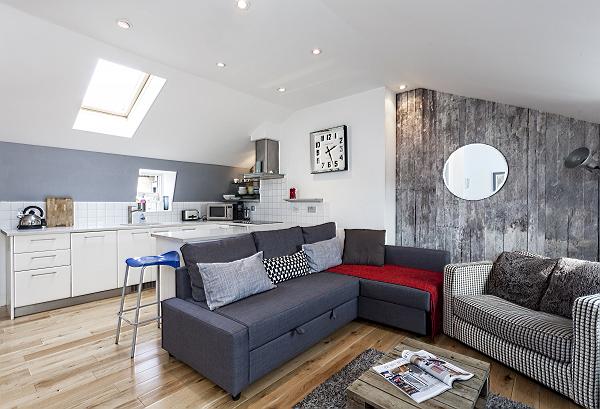 A short walk or one stop on the tube from St Pancras will take you to this stunning apartment. The  show-stopping property has a large outdoor terrace for soaking up the (sometimes temperamental) British weather and two bedrooms. You’ll be able to all around the city and enjoy everything London has to offer as you’re right in the middle of zone 1. 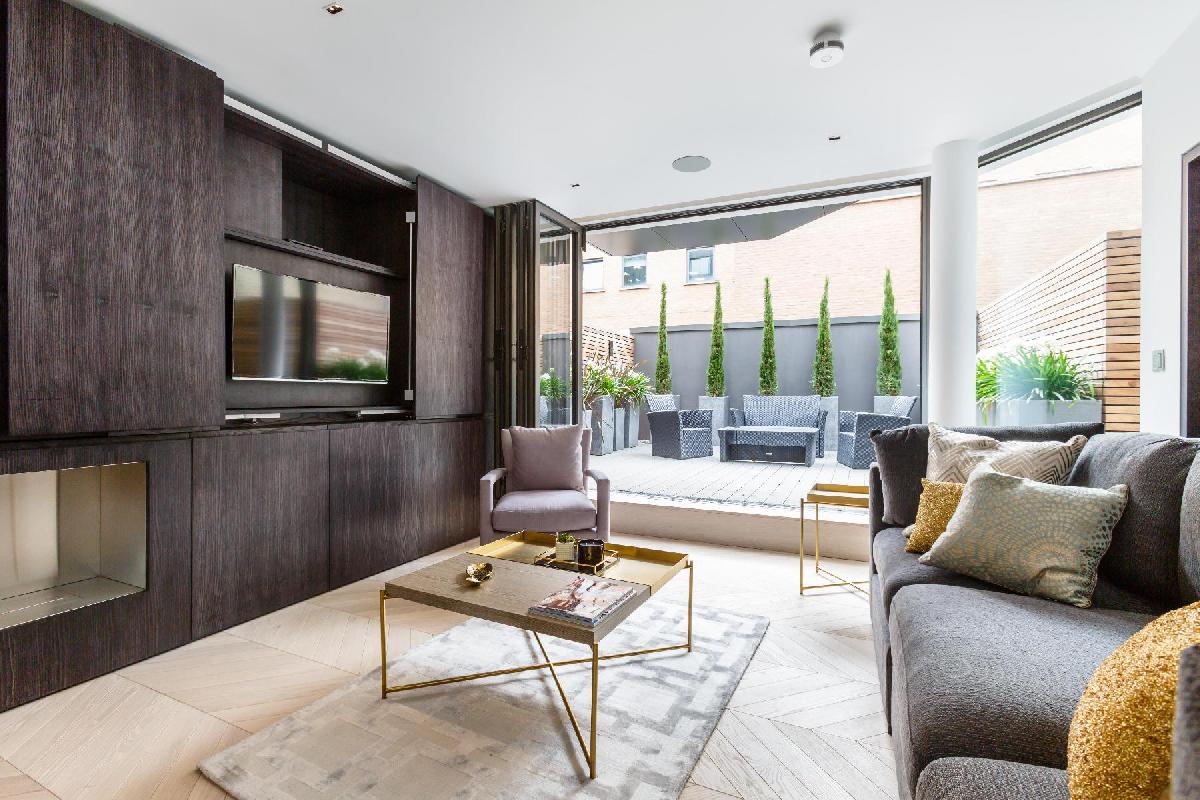