Laugh At Loud At These Top Ten Comedy Clubs in London

It's easy to mistake London as a serious city. What with the being one of the most important business hubs in the world. Not to mention its rich history, some of which have affected even the rest of the world. But just because London has this reputation doesn't mean they don't know how to loosen up and have fun. In fact, this capital is home to a lot of great comedy clubs featuring some of the best comedians from the country. Up for a laugh? 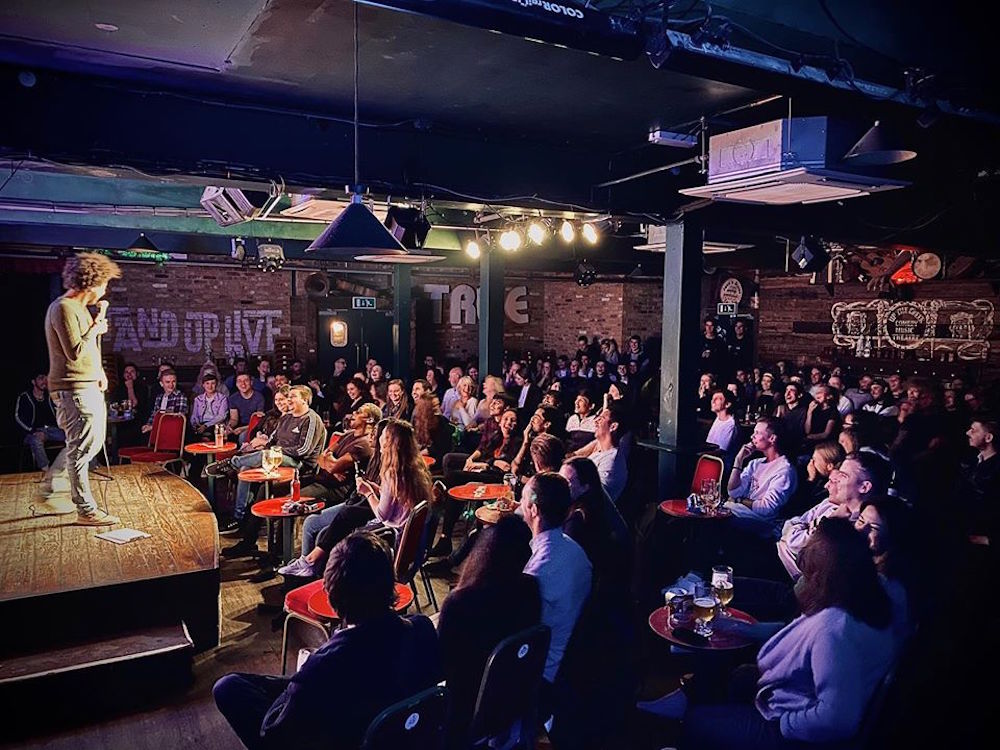 Up on Leicester Square, The 99 Club has hosted some of the biggest names in comedy. From local favorites to international stars, some of the best of the best have performed here. In fact, a few of them even got their start here as well. It's one of the places, at least within the British comedy circuit, where you just have to go to at least once. It's almost like an institution. But also, this is one of the more welcoming clubs on this list. You might just get a flyer of the club handed to you as you walk down that area of London. 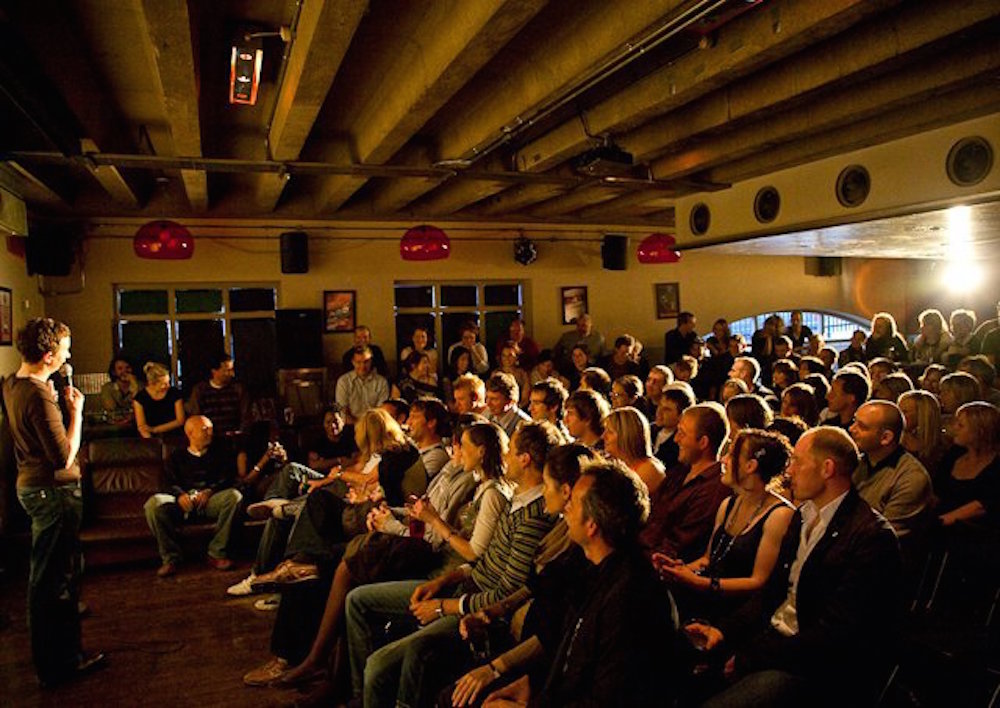 When you walk along Camden High St. and see an establishment painted with comedy legends, it's actually the Angel Comedy Club. Its spray-painted portraits of the likes of Robin Williams, Rowan Atkinson, and Eddie Izard will intrigue you, but it's the comedy inside that will keep you hollering until the wee hours of the night. Similarly to The 99 Club, this hot spot has also become an institution of British comedy, as well as welcoming visitors with free shows every night. Just make sure to go there early as seats often get filled pretty fast. 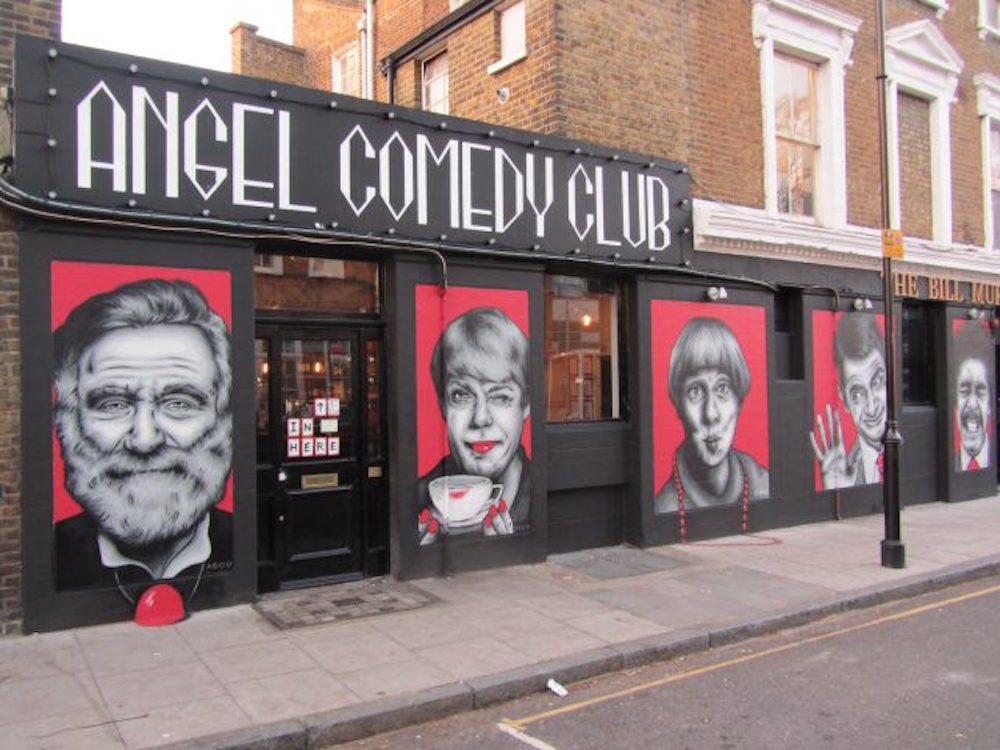 Alan Carr, Dara O’Brien, Jo Brand—these are just some of the big names that have performed at the Backyard Comedy Club. Slightly hidden from the rest of London, this place has certainly amassed quite a following in the last decades or so. But perhaps, apart from the comedy, it's also simply a great place to hang out in and laugh a little (well, a lot!). It has a pool table, a bar, foosball, and more. It's just like your backyard only a lot funnier! 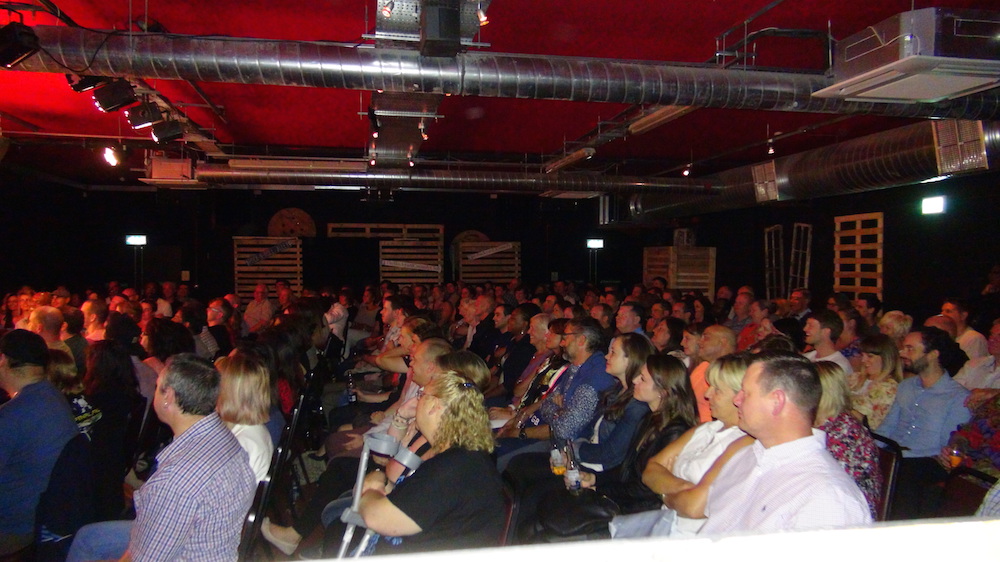 Now for something quite unique. Ever watched a comedy show on a boat before? Try it! It's loads of fun! And here in London, there's only one place where you can do it: The Boat Show Comedy Club. Docked by Tattershall Castle. This is a weekend hotspot for the ages. As the boat sails on, high-profile comedians do their thing on stage. You might even discover comedy's next big star here as well. And on Saturdays, once the shows are through, the boat becomes a party ship! Just pray you don't get seasick!

Arguably the best part about Camden Comedy Club is that it's relatively intimate. Before, a lot of comedy clubs were relatively smaller than the popular hotspots now. This particular place stays faithful to that idea. With just a stage, a red-curtain backdrop, and the club's neon sign installed above it, the practically bare space gives the performing comic a real chance to shine. And with the stage so close to the audience, sometimes, he/she won't even need a microphone anymore. It's as if you're all just a group of friends hanging out and laughing your hearts out. 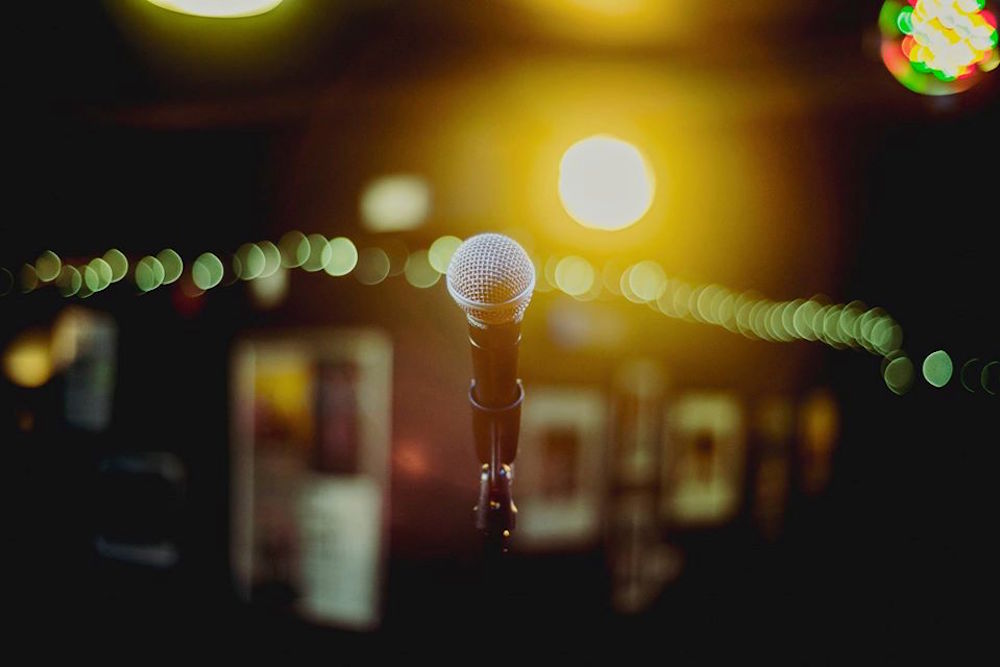 Continuing on the intimate setting is the Four Theives Pub. Here, you can get almost up close and personal with some of TV's best comics. They often do a lot of gigs here, and the lineup this club offers mostly feature such celebrities. Whichever night you come here, you might just catch Sara Pascoe, Joe Lycett, Phil Wang, and many more. But that's not all! Outside the pub, the place has its own racecar track to make the night much more exciting. Racing and comedy? Sounds like a lot of fun!

Rushing to see a comedy show? If you're going to the famous Seven Dials Club, you're in luck! Placed strategically in London's prominent Covent Garden, the club is just a few steps away from the train station. So it’s easy to get to via public transport. No matter what time you leave your hotel, or wherever it is that you're coming from, there's still a high chance you'll arrive here just in time for the show. And what a show you might watch here! The likes of Jon Richardson, Jack Whitehall, and more have and oftentimes continue to perform here! 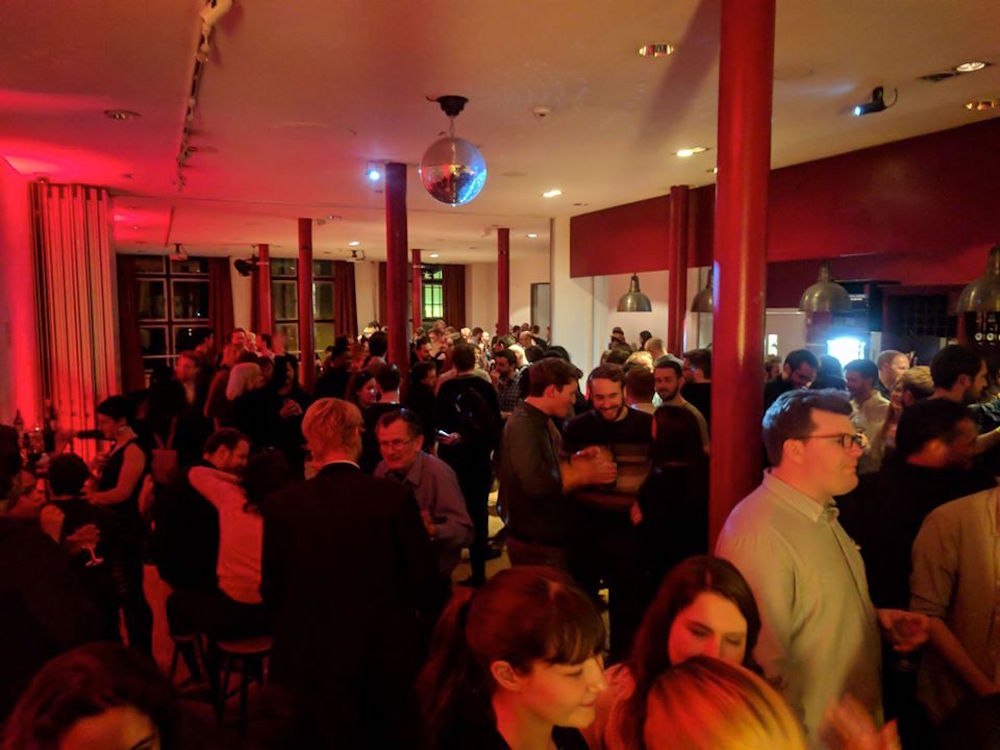 The Stand Up Club

With a name like "The Stand-Up Club," you know what to expect here. But what you might not expect, however, is just how grand this place is. Four stories of comedy gold await those who want to laugh out loud for the night. And you're guaranteed to chuckle your way through the night with shows featuring some A-list comics. And when you need a break, you can just head on over to any of their three bars that's all on offer for guests. Cocktails and comedy? Now that's a lethal combination! 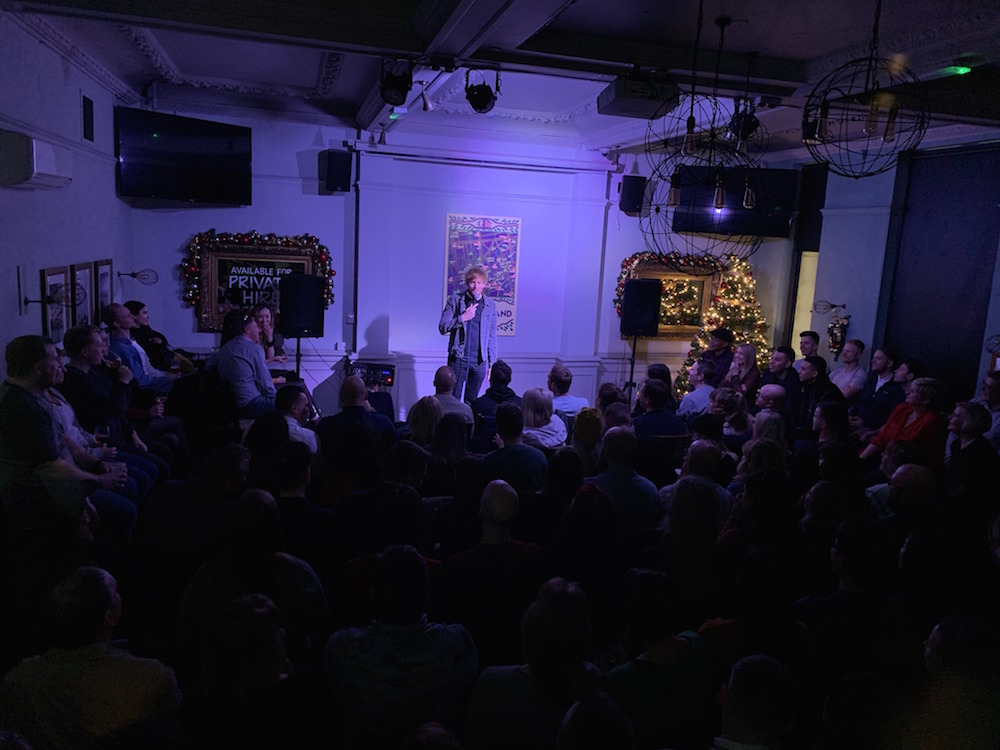 The best unkept secret in London! The irony of the place's name alone is already funny! If you're up for a laugh, The Top Secret Comedy Club is a great place to start. It's a classic pub that has hosted some of the biggest comics in the world. Think Richard Ayoade, Dara O'Brian, and Hugh Dennis. This is the caliber of comedy that you can expect here. In fact, the place is so popular nowadays that you need to book in advance if you want to watch a show here. 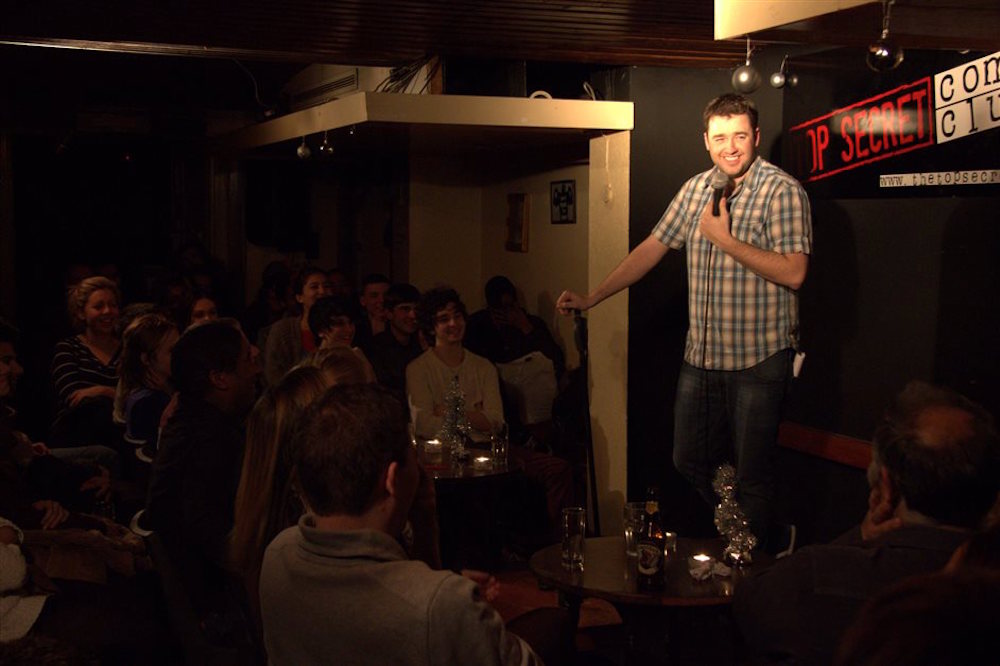 With its gothic architecture, you'd think this place was a church or something. And it's just that sort of funny irony that's to be expected here in Up The Creek. A well-established hub of up-and-coming comics and rising stars, this is one of the livelier spots on this list. The comedy here is often fresh and new, with rising stars lining up the ticket each night. but on Sunday's, it's the country's best of the best that come here. But whichever night you go, there's no missing the A+ hilarity that ensues here!

Laugh out loud in London by going to any of these exciting comedy clubs. They prove that this English capital is not just a serious city but also a great town to have some fun all night long! Prepare your stomachs for hours and hours of laughter!