The coolest concept stores in Paris

2021-10-29
Paris is a city synonymous with some of the best shopping on the planet. From traditional luxury houses, to homegrown perfumeries and international designers, Paris has it all. Even better, the concept stores in Paris manage to fit all of the above under one roof. It's in any one of these concept retail spaces where you'll find the coolest products at the intersection of fashion, art, design and architecture. Here's our list of the coolest concept stores in Paris.

The Broken Arm is the first venture into retail from Guillaume Steinmetz and Anaïs Lafarge – the duo behind cult French lifestyle and fashion magazine 'De Jeunes Gens Modernes' – who expertly use their skills of curation to bring you some of the most avant-garde brands on the planet. You'll find exclusive collaborative footwear from Salomon, alongside ultra-rare Nike's and futuristic Asiics sneakers, whilst the rails are filled with up-and-coming clothing brands like Affix and Kiko Kostandinov as well as established favourites such as Lemaire and Jaquemus. Adjoined to the concept store is a chic little Scandinavian cafe that matches the minimalist interior of the shop. The food and coffee is amongst the best in Paris, and a view of the street makes it perfect for spotting fashionistas ending their pilgrimage to the store. 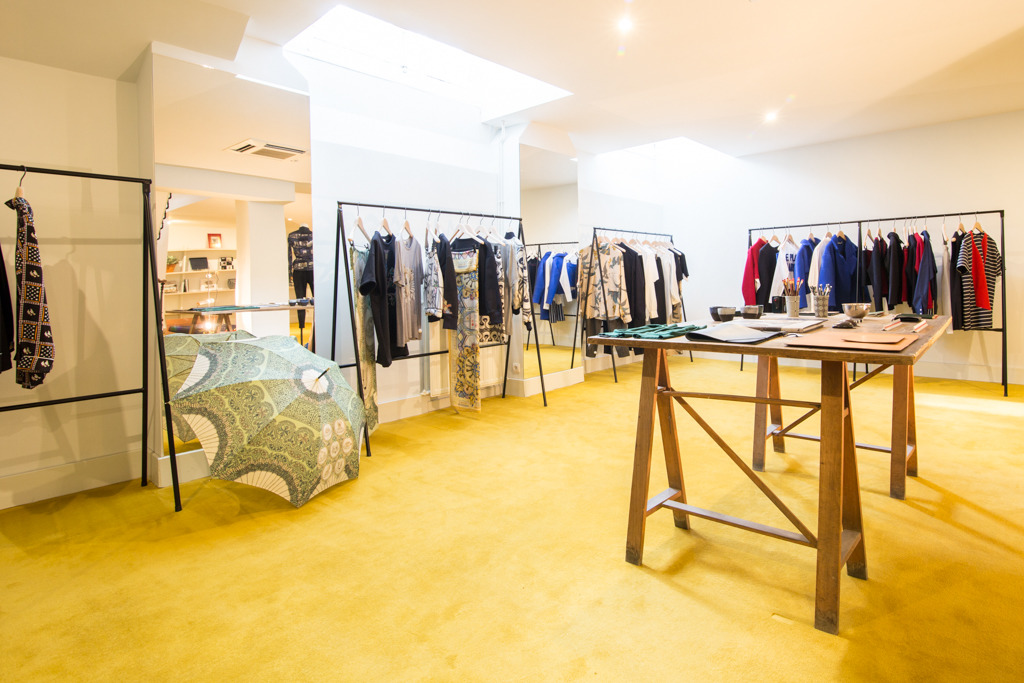 When Colette shut it's doors, it left a hole so large in Paris' retail landscape that nobody thought it would ever get filled. But we were wrong. Just one year later, and one block away, NOUS would open it's doors to fill the void. Founded by Colette's former heads of watches, tech and sneakers, NOUS captures the high-end concept feel that Colette so expertly mastered. Primarily a menswear store, NOUS sells streetwear, sneakers and accessories alongside a lifestyle section that's every bit as impressive as the clothing. What we love about NOUS is that the shopfront windows change with different artists in residency, and keep an eye out for the regular pop-ups and collaborations NOUS churns out. 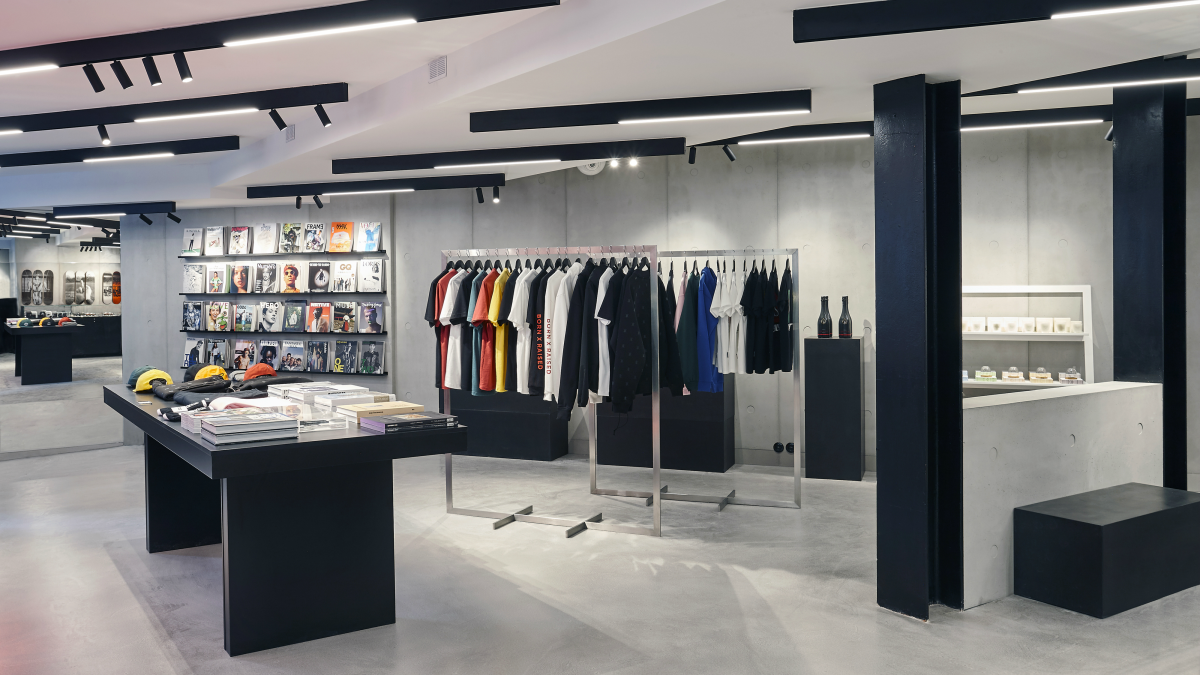 Go through an unassuming door in Oberkampf, Le Marais and you'll find yourself in Paris' premiere Magasin Solidaire or 'charity store'. Yes, the Bernard and Marie-France Cohen founded Merci donates 100% of its profits to a Madagascar-based charity that helps women and children living in poverty. It makes shopping their amazing selection of young local designers and established fashion houses like Siant Laurent and Stella McCartney somewhat more guilt-free. Set in an old wallpaper factory, you'll recognise Merci's iconic entrance due to the lush foliage and Fiat 500 you've undoubtedly seen splashed all over Instagram. There's two cafe's inside, one which houses an old-school cinema and another which is home to over 10,000 books, so it's easy to lose a whole afternoon in there. The ground floor is where you'll find fragrances, jewellery and other trinkets, alongside an in-store florist that puts together some of the most dazzling flower arrangements in Paris. 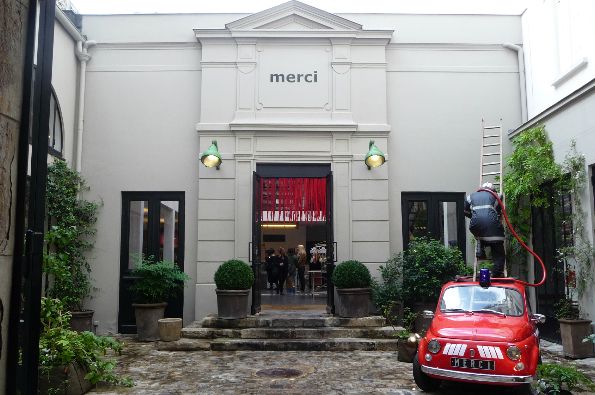 Leclaireur positions itself at the intersection of fashion, design and lifestyle, and with three boutiques in Paris and one now in Los Angeles, we're inclined to agree they've perfected this. Founded by Martine & Armand Hadida in 1980, the husband and wife duo behind Tranoi trade show, Leclaireur started as a men's only concept store in an art gallery on the Champs-Elysées. Back then, it had a hand in introducing Paris to international designers like Anne Demuelemeester, Yohji Yamamoto. Now it sells pret-a-porter and haute couture to both men and women from acclaimed designers like Neil Barrett, Haider Ackerman and Boris Bidjan Saberi. Part cathedral, part gothic museum, the stores in Paris have been designed by famous artists and architects like Arne Quinze and Philippe Starck. 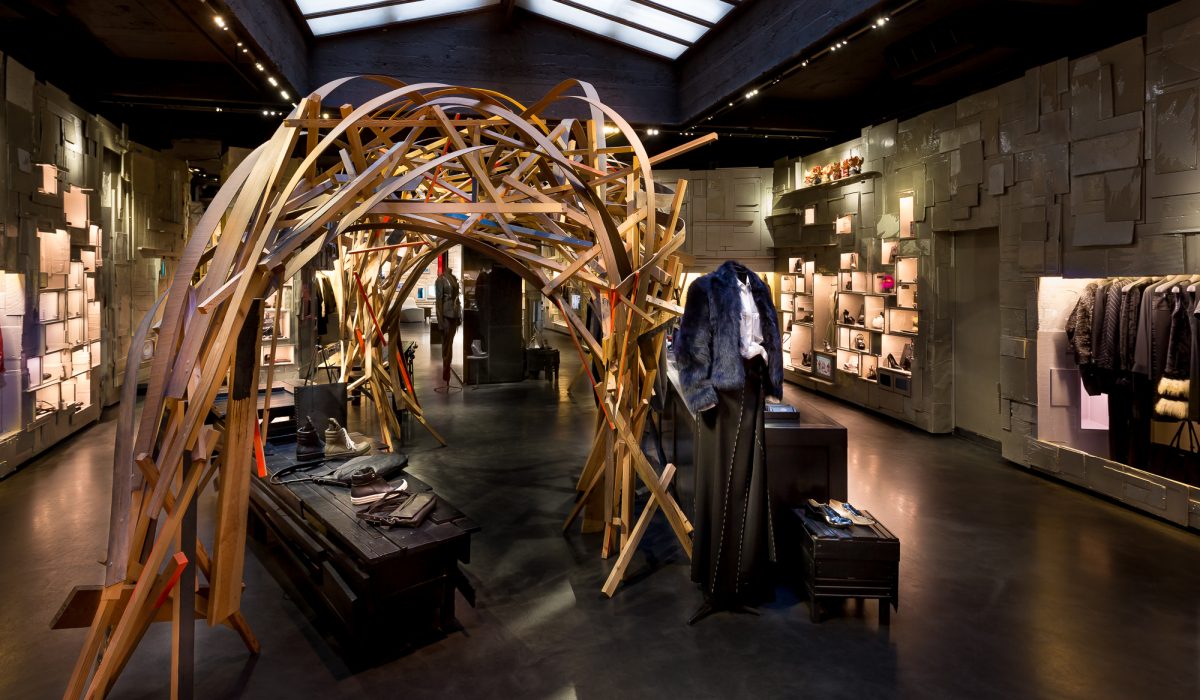 Inspired by their travels to metropolitan cities like Tokyo and New York, Carole and Clarent Dehlouz decided to bring a slice of their travels back to the French capital when they opened French Trotters. Situated in the 11th district of Paris, French Trotters is a menswear focused store that sells refreshingly classic clothing in an era when logos and branding have taken over even the most luxurious of fashion houses. Timeless brands like A.P.C., Our Legacy and SNS Herning form the backbone of their offerings, with selected pieces like knitwear from Filipa K, Acne leather jackets, or Opening Ceremony shoes being highlights. For those looking for something more reasonable, their house label is knitted in Brittany and for the quality level is extremely affordable. Visit their website to see who French Trotters are collaborating with at the moment, it seems like the greatest brands in clothing, homeware and linen are all queuing up to work with them. 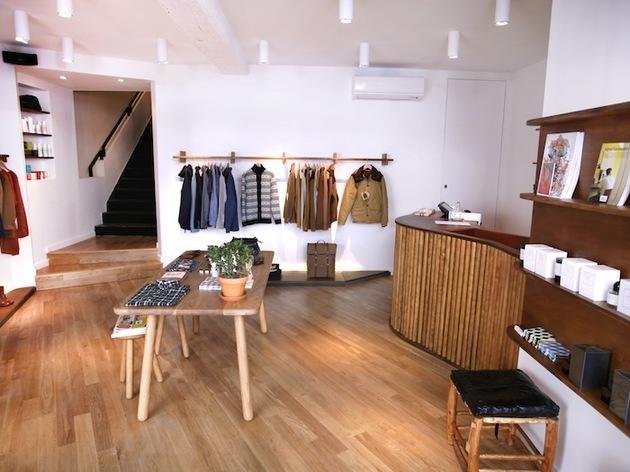 Similar to Merci, Centre Commercial is an ethical concept store that finds itself connecting fashion brands with social responsibility projects and environmentally sound practices. Founded by the same people behind Veja – the French vegan footwear brand – Centre Commercial feels like the real deal in a time where every brand is trying to hop on the 'fashion with a conscious' bandwagon, their selection of ethically sourced brands are very affordable and seem well researched. Alongside classic men's suiting and outerwear, the store sells vintage goods like second-hand bikes, furniture and artwork. 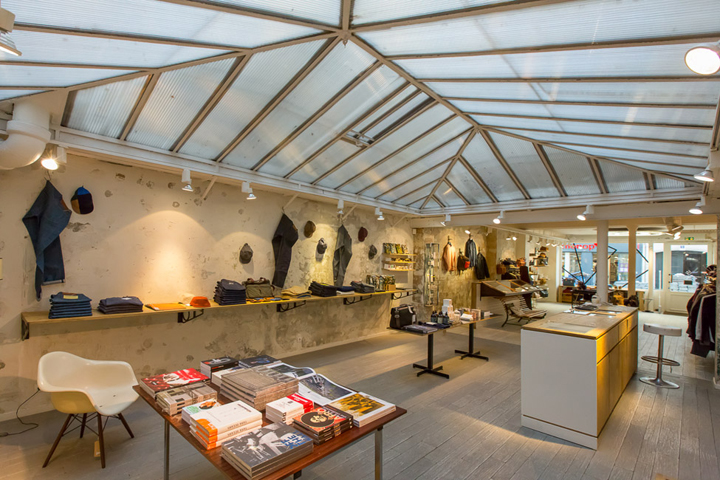 When Kimo and Diane's father decided to shut down 'Silly Melody' – a record and book shop located in the touristy district of Saint-Michel – it seemed like the perfect opportunity for them to open their own Berlin and London-inspired boutique. With Kimo being a permanent fixture in Paris' clubbing scene as a DJ, and Diane having worked at the legendary Colette, they had the whole of Paris' creative scene behind them too. In Démocratie you'll find a selection of streetwear with internationally-renowned brands like Vans, Be Street and Dunderdon on offer. Alternatively, head downstairs where Démocratie takes on a distinctly retro feel, with vintage books and magazines available alongside vinyl records in reference to their father's shop that came before them. 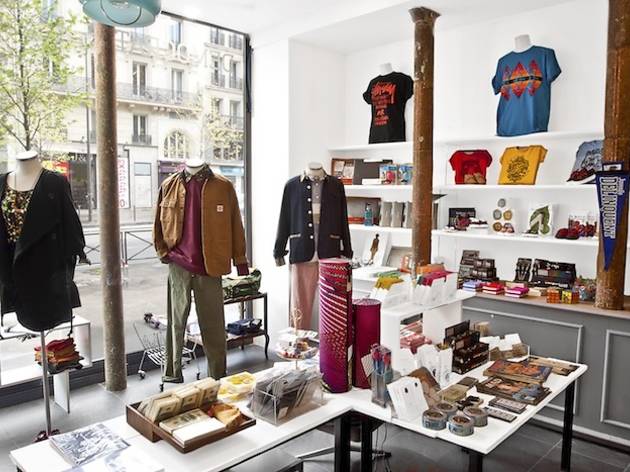 When Fleux opened it's doors in 2005, it swiftly became the epicentre of Parisian design community. Luc Moulin and Gaétan Aucher's temple to interior design is a must-visit for those wanting to spruce up their home, or even just their bedroom. Spanning six different boutiques on one road, rue Sainte-Croix de la Bretonnerie, Fleux is home to a startling array of lighting, prints, kitchenware, gardening tools and stationary, all of which you never even knew you wanted. With their name being a contraction of 'superflu' and 'luxe' – the French terms for 'superfluous' and luxury' – it's no wonder you're now lusting after everything in the shop even though you have nowhere to put it. With something at every price point, this is the ultimate place for quirky gifts and stocking fillers as well a one stop shop for the best contemporary design brands. 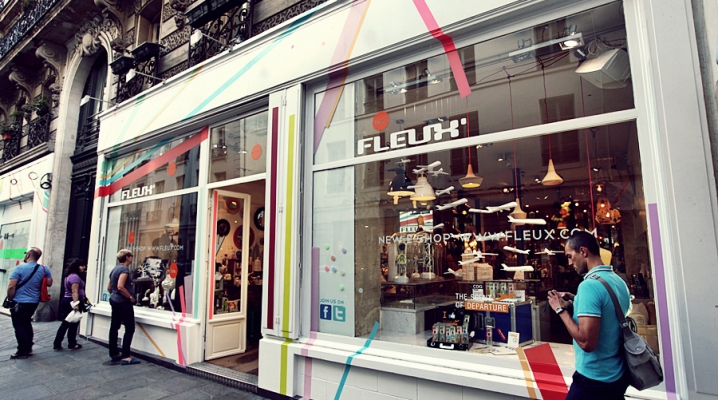