Kefalonia, one of the more beautiful islands on the Ionian Sea, has a lot to offer. There are stunning beaches, each more paradisiacal than others. There are beautiful towns, each showing off its own Greek countryside charms. And, of course, there are many great places to eat too! You might not know it yet but this Greek Island can easily rival any 'food capital' out there with the number of excellent foodie hotspots here. It's not just that what they serve is delicious, it's also the ambiance and the energy they provide as you enjoy your food. Most especially these notable places!

Nestled along the beautiful harbor of Argostoli, the island's capital, Ampelaki is a treasure trove of Mediterranean dishes. Expect different types of pasta that can rival even those from Italy and beyond. Indulge in scrumptious seafood that you can tell was freshly caught that very same morning. And, of course, don't forget the homegrown wine that packs a hell of an after-dinner taste. Paired with a stunning view of the sea, Ampelaki is one culinary paradise you won't want to miss. It can get busy here though, so make sure you reserve a table beforehand! 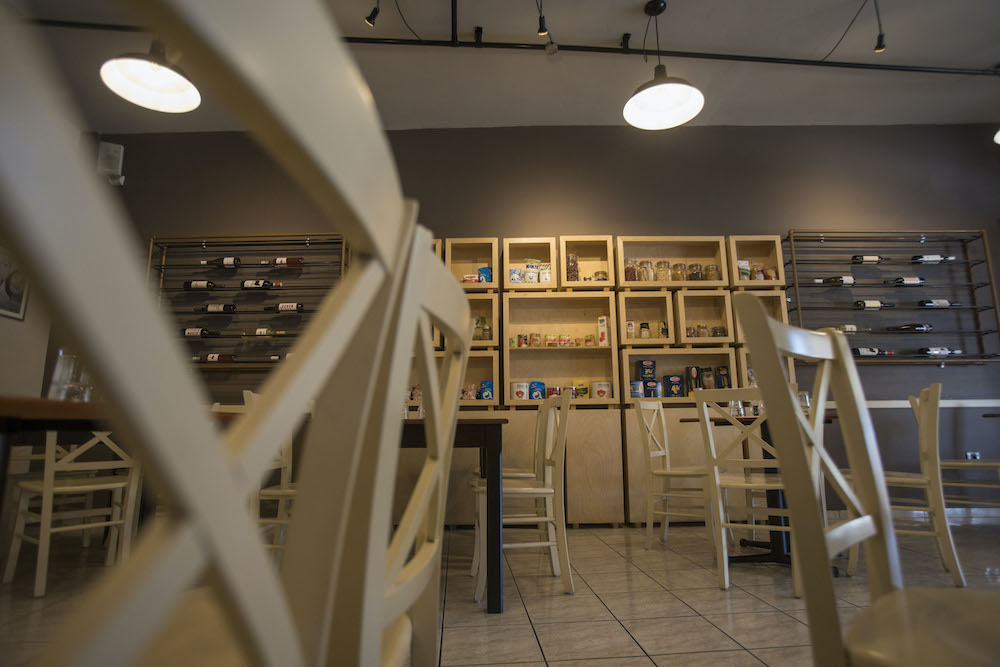 Despite its name, you won't see any tall pink birds in this restaurant. What you will see, however, is a beautiful courtyard filled with lush greeneries and a rustic Mediterranean charm. That's the sort of elegant yet easy ambiance that the Flamingo restaurant in Kefalonia has become known for. Located in the resort town of Skala, it's become a heavy favorite among tourists who eat their fill of fresh seafood and other Greek dishes. In fact, once you see how large their prawns are and how finely cooked the fish is, you'll instantly forget about your beautiful surroundings and be at seafood heaven! 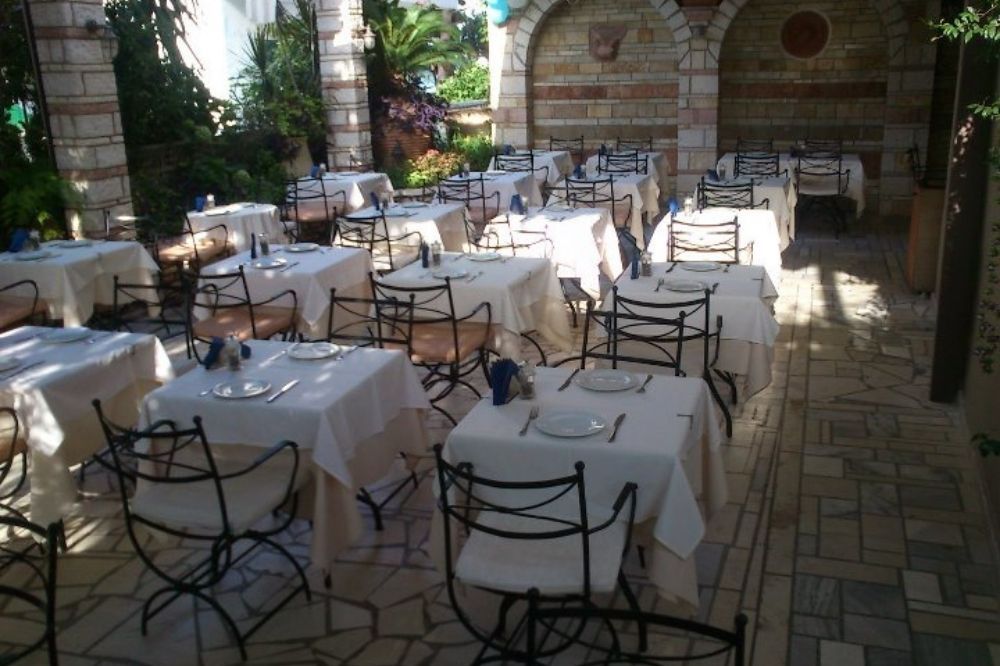 In the humble village of Lassi, the Oskars restaurant has been a foodie favorite since it first opened in 1976. One of the oldest restaurants on the island, it has retained its fine dining ambiance after all these years. Their menu consists of traditional Greek favorites, ranging from the meaty dishes to the freshest seafood served in Lassi. You might even get to taste delicacies from other parts of the country too, like those from Crete, Paros, and more. That's how far-reaching Oskars restaurant is when it comes to their Greek menu. You'll get to taste the entire country while you bask in its natural wonders too! 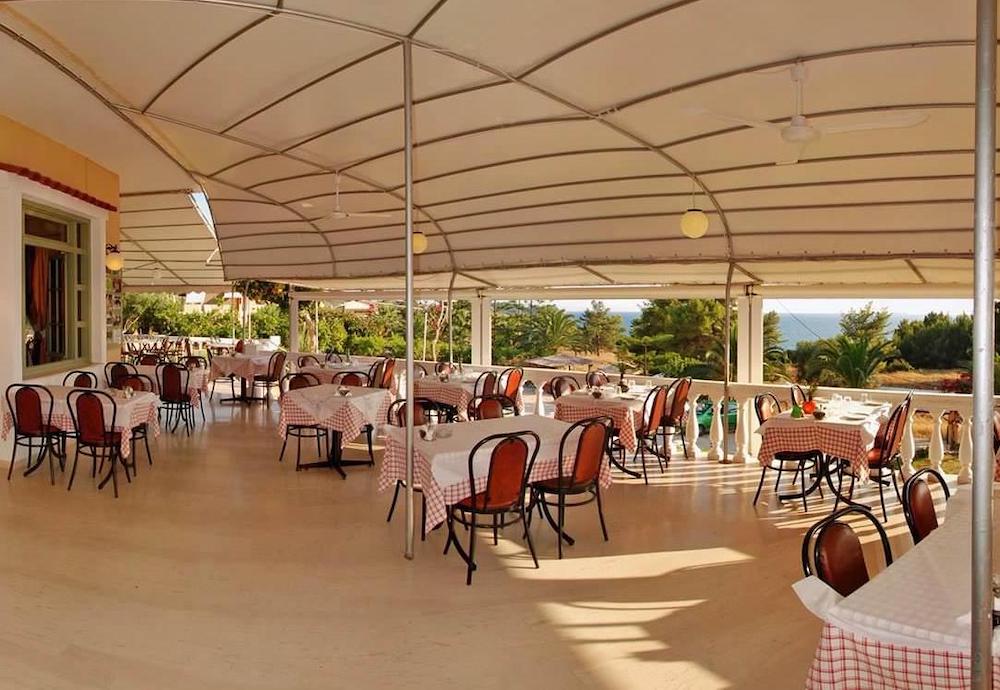 In the village of Fiscardo, one of the more popular towns in Kefalonia, Tassia stands as the oldest restaurant to remain open in the area. Established in 1972, it has long served tourists and locals alike and is even still run by the same family, the Dendrinos. Today, they continue their tradition of service traditional Greek dishes, ranging from nationwide favorites to local specialties. Among the bestsellers include the Kefalonian meat pie, made with beef and veal, and freshly grilled sea beam. Add to that some traditional yogurt for dessert and you've got yourself a winner! 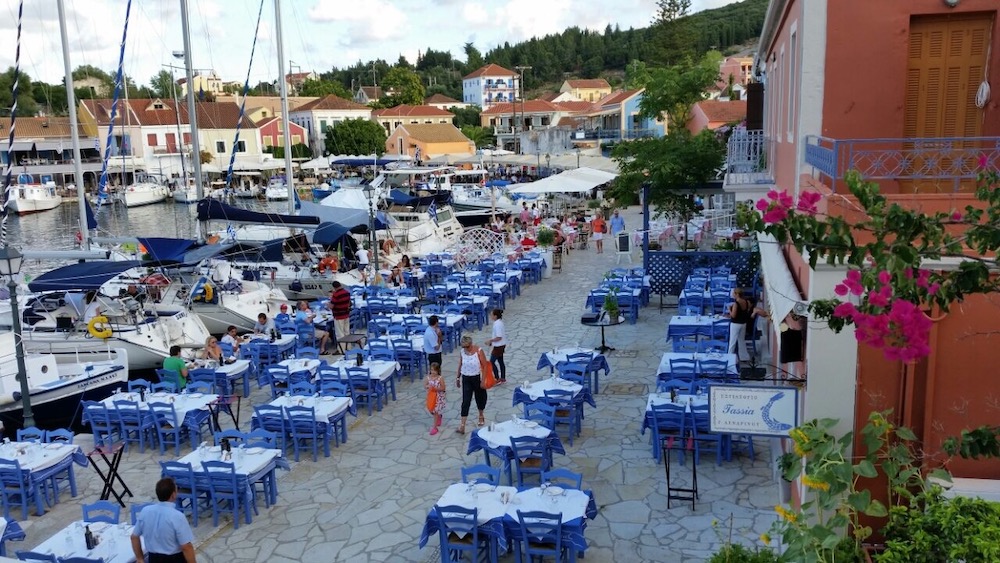 Want a truly unique culinary experience in Kefalonia? Go to Lorraine’s Magic Hill. As its name suggests, you'll need to take quite the hike to get to this hotspot, but once you see the extraordinary views from the quaint long stone patio, you'll know that all your efforts were worth it! Don't worry! You won't need to literally hike up to get here. The island's public transport can reach Lorraine’s Magic Hill with no problem at all. As for its menu, a myriad of Kefalonian dishes await. There's local (and homemade) Feta cheese, Horiatiki, rich Melitzanosalata, and more. What's not to love? 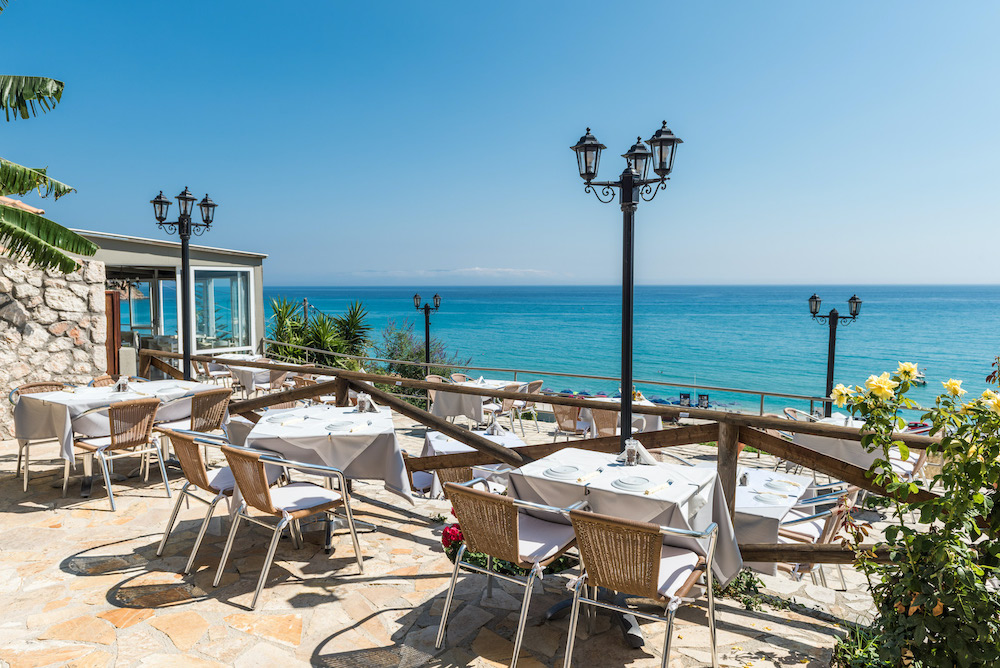 If Mary from 'Mary Had A Little Lamb' was ever in Kefalonia, here's to hoping she never went to the coastal village of Lassi. Else, her dear white-fleeced pet might have been served in Ionio, one of the premier restaurants in town. Among their many Greek cuisine staples, the lamb dishes are their main bestsellers. There's Lamb Kleftiko, served with fresh homegrown vegetables and seasoned to perfection, and stuffed lamb with wine leaves, a heavy favorite among tourists who dine here. Pair those with their bougainvillea-ladened outdoor terrace space and you've got yourself quite the culinary hotspot. Mary's little lamb never stood a chance! 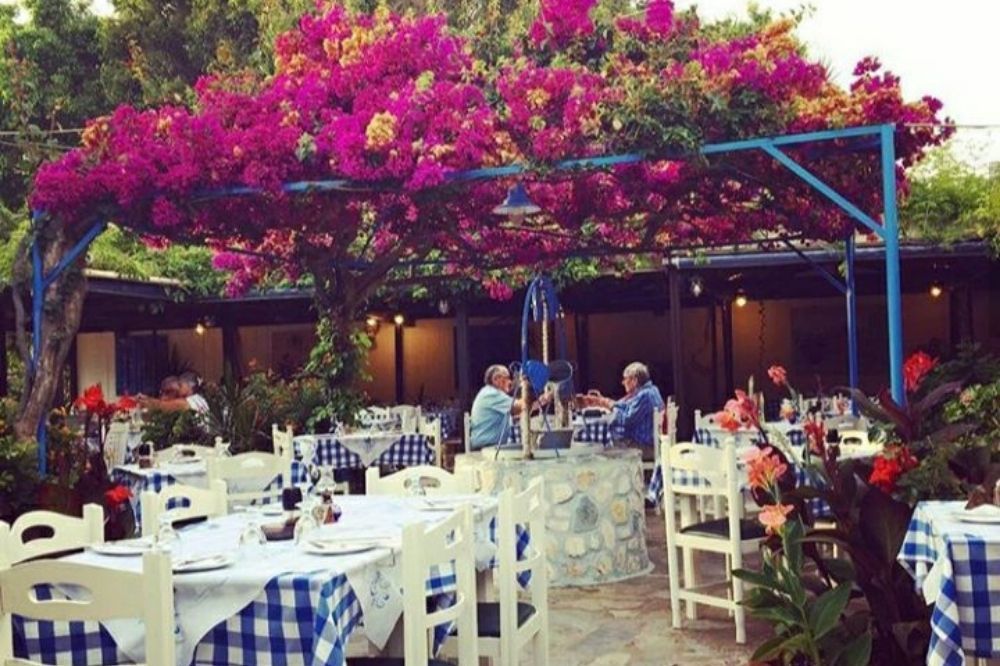 If you're craving seafood again, look no further than Tavern Drosos, located in the bustling coastal town of Lixouri. Well, it's not exactly in the town, per se, but rather it's located near the remote Porto Atheros cove a good 20 minutes away by car. Yes, you'll probably need to rent your own car or book a taxi to get here since the place is slightly off the beaten path. However, all that effort is worth the sumptuous fish, prawns, and squid that this tavern offers. Try their red snapper, served with lemon zest, to get quite the seafood zinger! 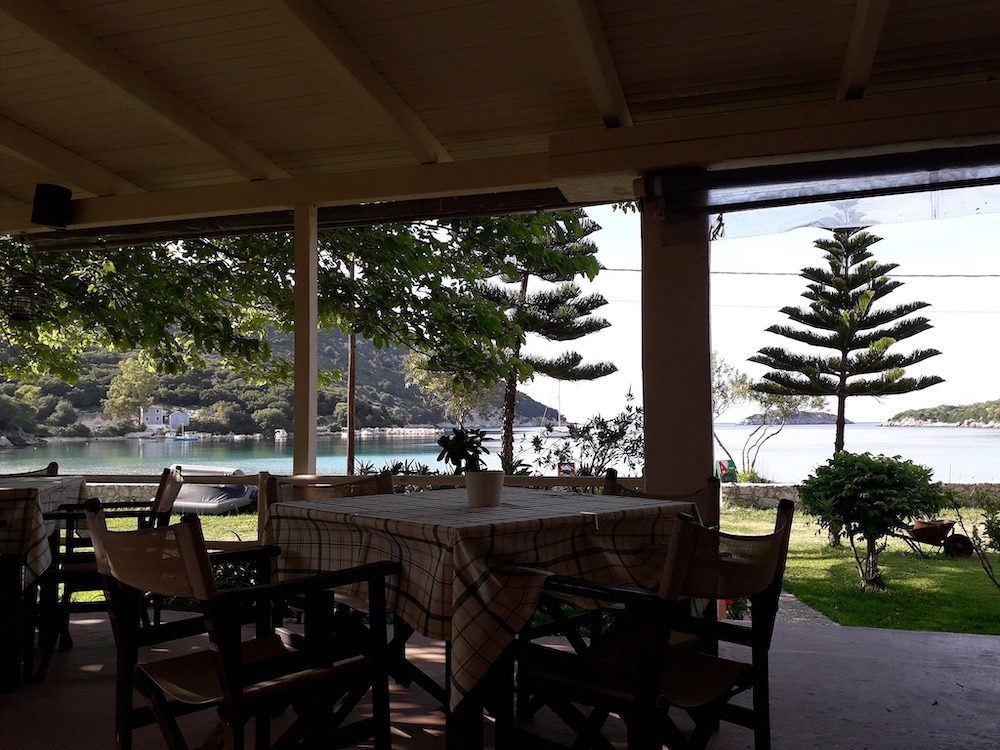 Finally, there's Phaedra, a pastel pink-hued restaurant located in Lassi. Although the place itself looks dainty and girly, it's not as it appears. This humble culinary hotspot is a favorite among tourists and locals who want to have a good time indulging in traditional Greek cuisine and drowning in homemade wine and beer. Its rich menu, which has the likes of chicken souvlaki and lamb kleftiko as some of its bestsellers, stand testament to the kind of place Phaedra really is. This is the type of hotspot where you want to have fun while enjoying your dinner. It's far from the romantic setting it appears to be. 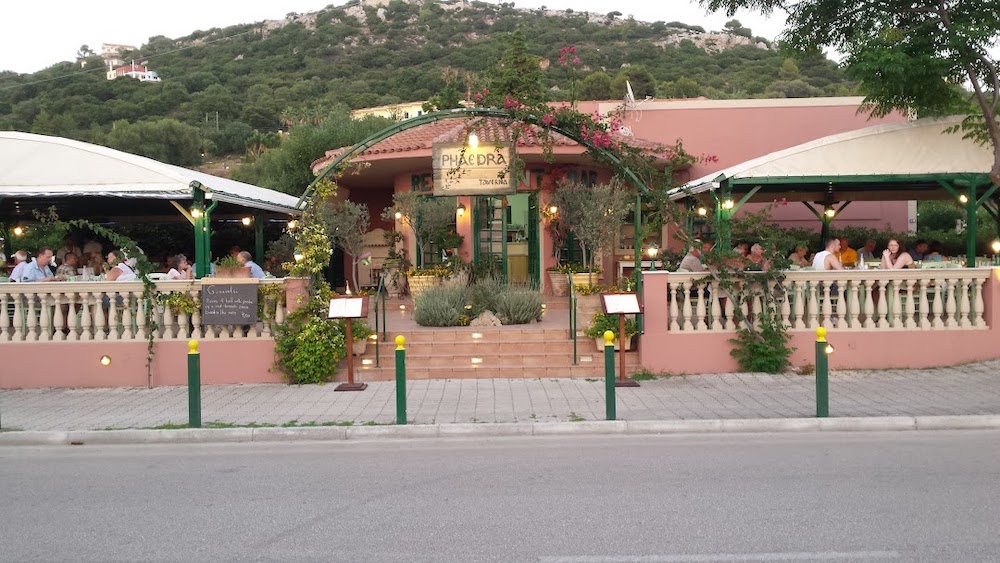 If you're lucky, you might even get some leftovers that you can enjoy in your luxury home in Kefalonia too!