It's easy to think that all the Greek islands are the same. You almost feel as if once you've seen one, you've seen them all. Relatively, you'll also be convinced that once you've been to one, there's no need to explore the others. Well, you might want to think again! Though at first glance all the Greek islands tend to look the same, offer the same experiences, and the like, you'll realize just how unique and amazing one is when you've actually explored the many towns, villages, and neighborhoods there. Take the island of Paros, for instance! These places are what makes it so incredible! 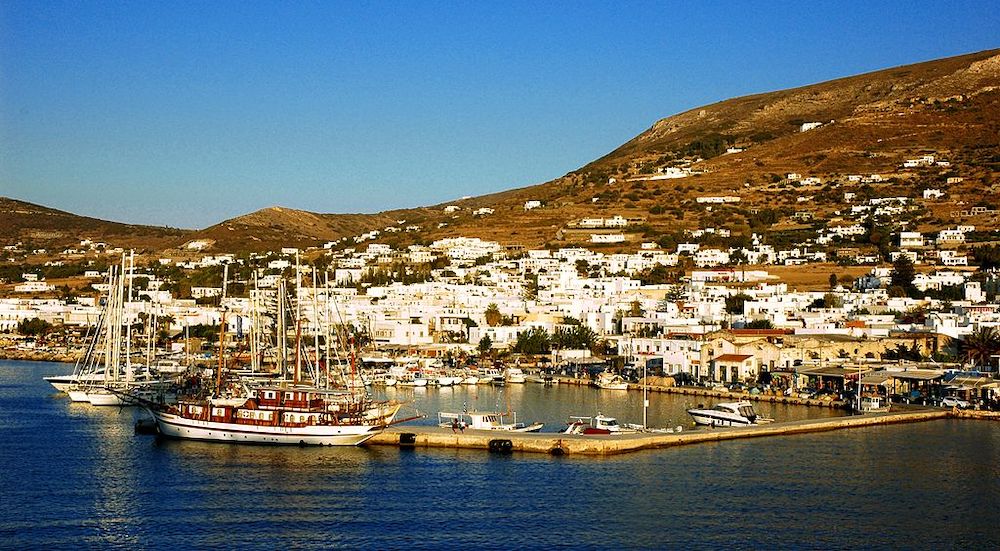 Why do you go to Greece for a vacation? To soak up the culture? Because you're a Greek mythology buff? Or is it because it's affordable to go there? Whichever your true objective is, more often than not, you'll end up swimming in the sea! You're already in the country that has some of the best beaches in the Western hemisphere! Why not take advantage of that? And if you're on the island of Paros, one town you really ought to go to is Drios! This coastal village is the best for a true-blue seaside vacation. Especially since it's close to some of the best beaches on the island! 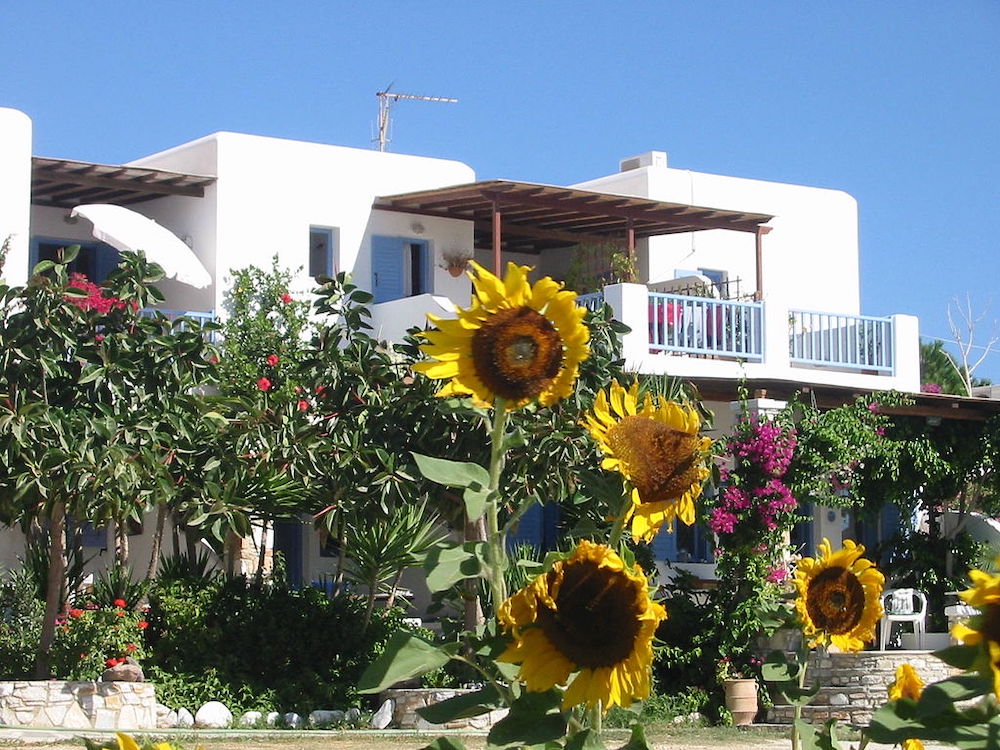 Lefkes, on the other hand, is practically the polar opposite of Drios! While the latter is located by the sea, the former is perched atop mountains. Yes, that means you'll probably need more than a mule to get there. But once you do reach Lefkes, you'll see that the effort was all worth it. Without a doubt, this neighborhood is one of the most beautiful on Paros island. Instead of the whitewashed houses you'd normally expect in Greece—especially in Santorini and the like!—here, they're all rendered in bright beautiful hues. Contrast that with the luscious greenery of the mountains region and you've got yourself quite the view! 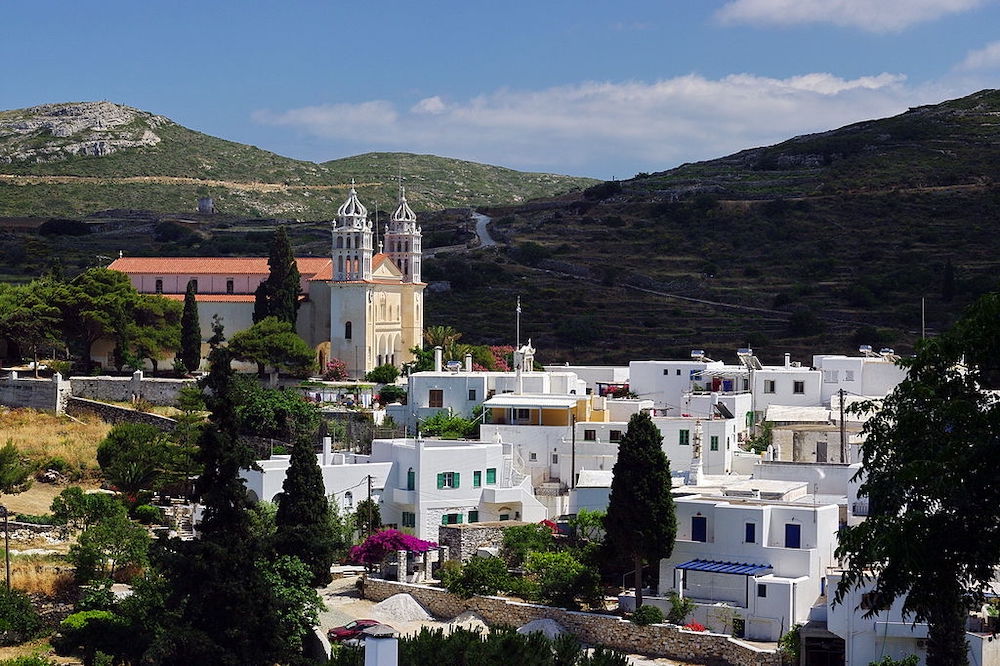 Speaking of whitewashed houses, it really wouldn’t be a Greek island if there wasn't a village of them there! So, if you're more into this traditional Grecian-Cycladic style and atmosphere, look no further than Marmara! You'll really feel as if you stepped onto a postcard from Greece when you get here. Not to mention the very authentic Greek lifestyle of the locals. You can't get any closer to the culture than that! And if you want a good swim or to get a nice tan, the area is near some of the best beaches on the island. Tsoukalia, Piso Livadi, and Glyfades, just to name a few! 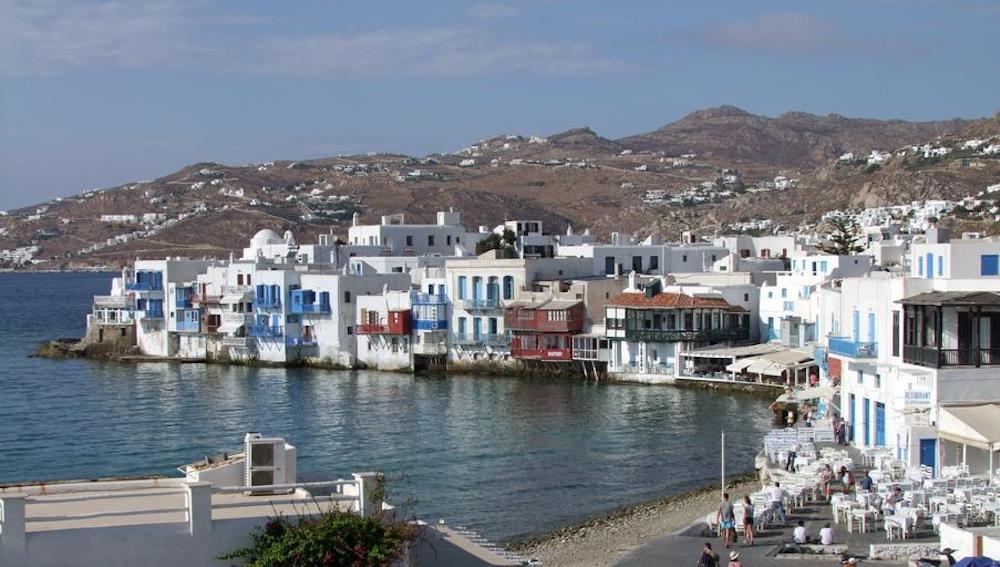 Marpissa is just as beautiful and traditional as Marmara. Some may even argue it's even prettier. Though just like the latter, whitewashed Cycladic-style houses with azure roofs reign supreme here, the eye-catching flora provides some much-needed pops of color, making the place even more eye-catching. Add to that the amazing scenery that surrounds the village! The vast fields and imposing hills add to the natural and somewhat rustic appeal of it all. So what if there are no Mediterranean beaches nearby? All you really need is your camera and you're sure to remember your stay here! 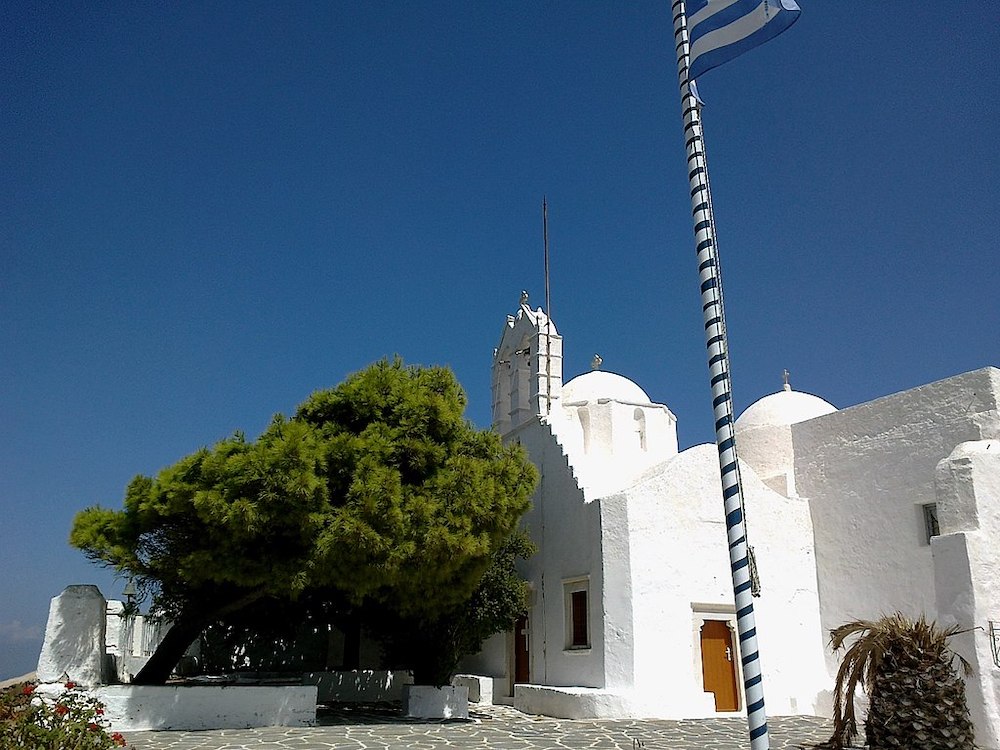 Relatively similar to the likes of Mykonos and Corfu, Naoussa is one of the more upscale neighborhoods in Paros. It has a cosmopolitan quality to it, what with the swanky restaurants, adorable boutiques, some nightclubs and bars, and more! As for accommodation, you'll have an easier time renting a luxury apartment or booking a nice hotel here than in any of the other areas. Just expect to pay a little more than you bargained for. After all, even on a beautiful island like Paros, a first-class stay isn't cheap! But don't worry! Every cent spent on Naoussa is worth it! 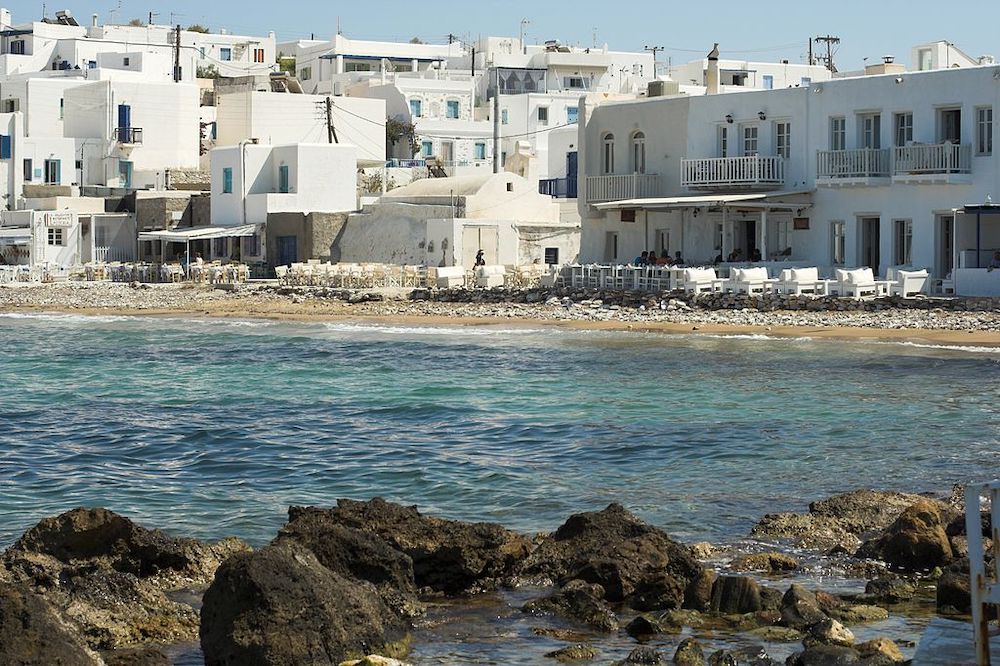 As the capital of Paros, the beautiful town of Parikia is undoubtedly the busiest. The main port, which is probably where you got off on your boatride here, is often incredibly busy. Apart from tourist ferries, many fishermen dock their boats here. So if you thought that the place smelled a little funny the first time you got here, you now know why! But don't worry! The entire neighborhood doesn't smell like fish! In fact, the place is so lively and can oftentimes get so crowded, you won't even notice what it smells like. But at least you'll likely find something to do, be it shopping, eating, sight-seeing, and more! 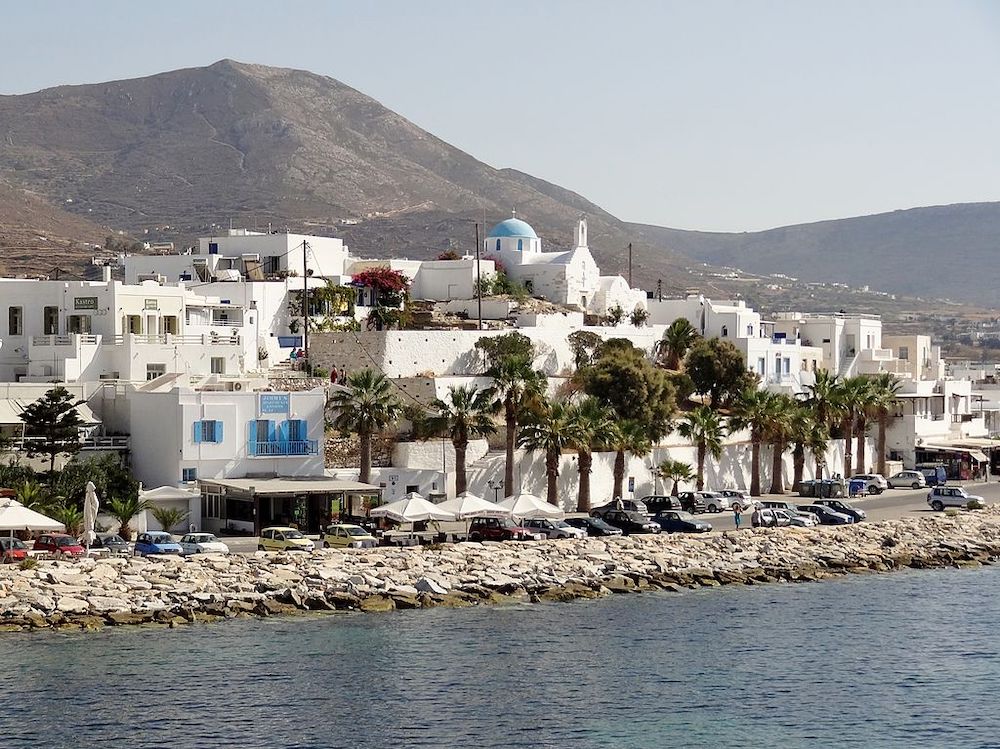 Golden Beach is one of, if not the best beach on Paros island. The beautiful aquamarine waters, the clean and clear sands, and the peaceful tranquility that you can only find on a Greek island. Some have even gone as far as to say that Golden Beach is better than those in Mykonos, Crete, Corfu, and the like. Fortunately, you can stay close to the said beach when you go to Piso Livadi. A popular resort town on the island, Golden Beach is only a hop and skip away from here, as well as a few others. 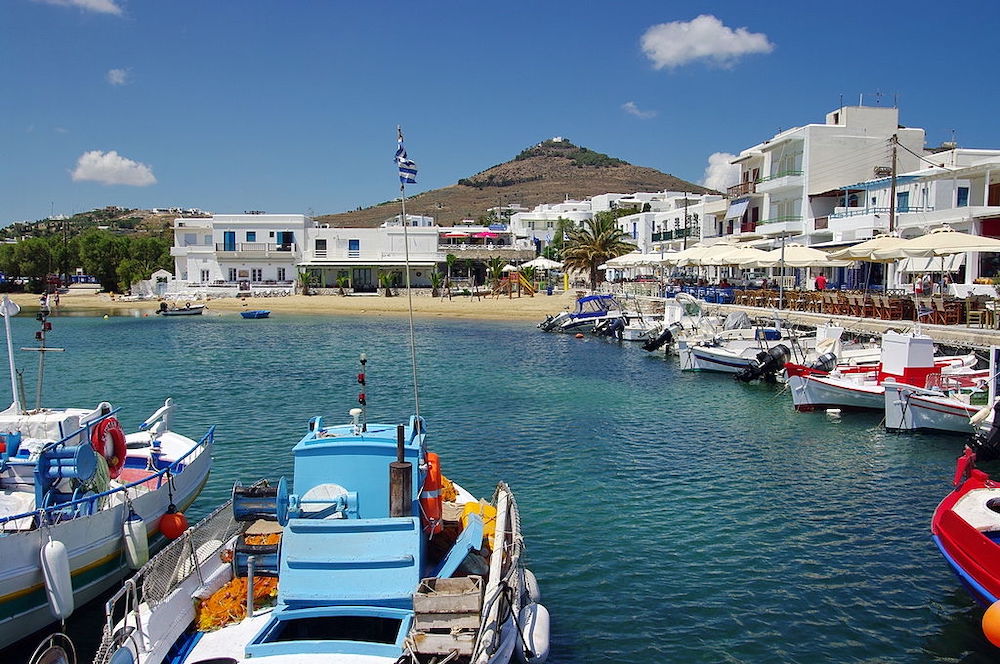 Similar to Marmara and Marpissa, whitewashed houses dominate the beautiful town of Promodoro. It's as picturesque as the rest of them, and posting a shot of any corner will probably garner a lot of likes on social media! As for the people, they're arguably the stars of the show. So nice, welcoming, accommodating, and polite, any visitor will feel at ease here. Just don't do anything to offend them, after all, they're still human! But other than that, it's not difficult to have a pleasant stay here. Ultimately, to sum up this town in a word, it'd be 'charming!' 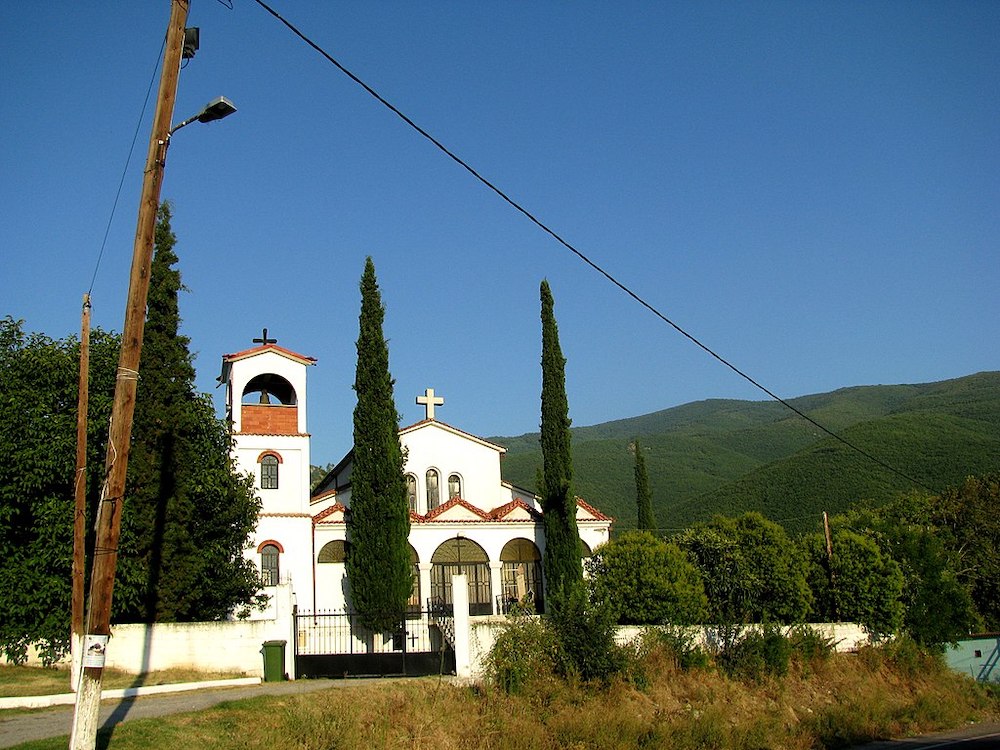 Paros is truly one of the more underrated among the Greek islands. You really shouldn't miss going here! Not only are the towns and neighborhoods here some of the most beautiful in the country, but the people are just as nice and pleasant!