What To Do During Winter in Dublin

Dublin is, perhaps, probably the last place you'd want to be during winter. At least, that' what you're thinking right now, right? Who'd want to go to the Irish capital, of all places, when it's the coldest time of the year? Well, you'd be surprised! There's actually a ton of people who'd be interested to go there for a winter vacation. Or that the residents who already live there are not aching to go away to some tropical paradise. Dublin, even when it's snowing, remains an exciting place. There's a lot to do here during this season. 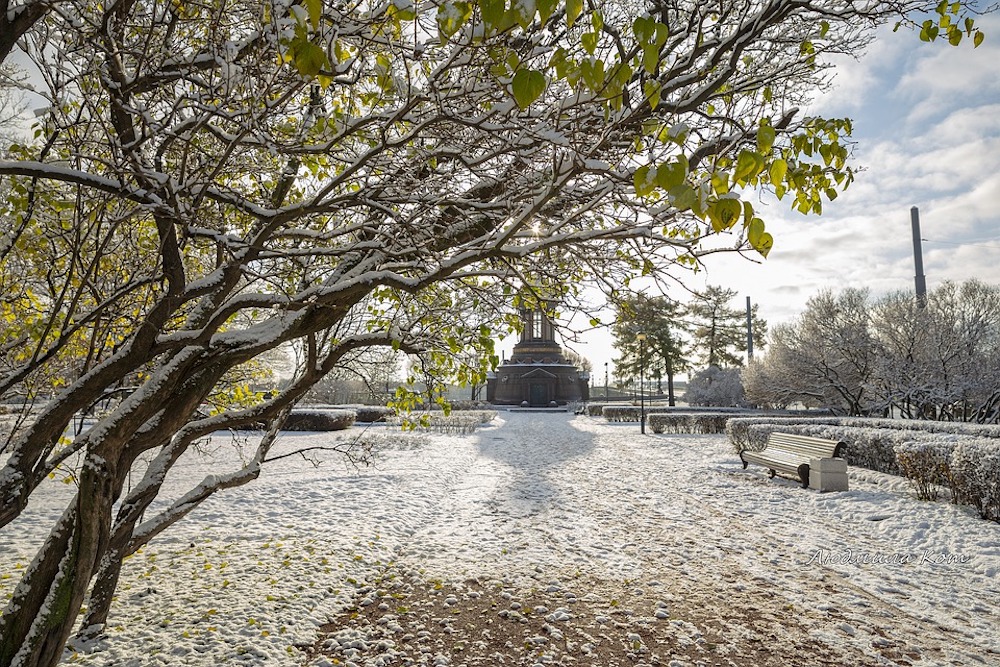 As previously implied, there's probably a lot of people who wouldn't want to go to Dublin during winter. The city is already cold enough as it is—though don't tell them that! They won't like it!—what more when snow is already falling? With that said, you might want to look at it in a different light. True, there are fewer tourists in Dublin around winter, which makes it even better for you to go at this time. Why? Because you have more space, if you will, to visit all the famous spots, tourist attractions, and more! You'll be able to do so much in a day in Dublin! 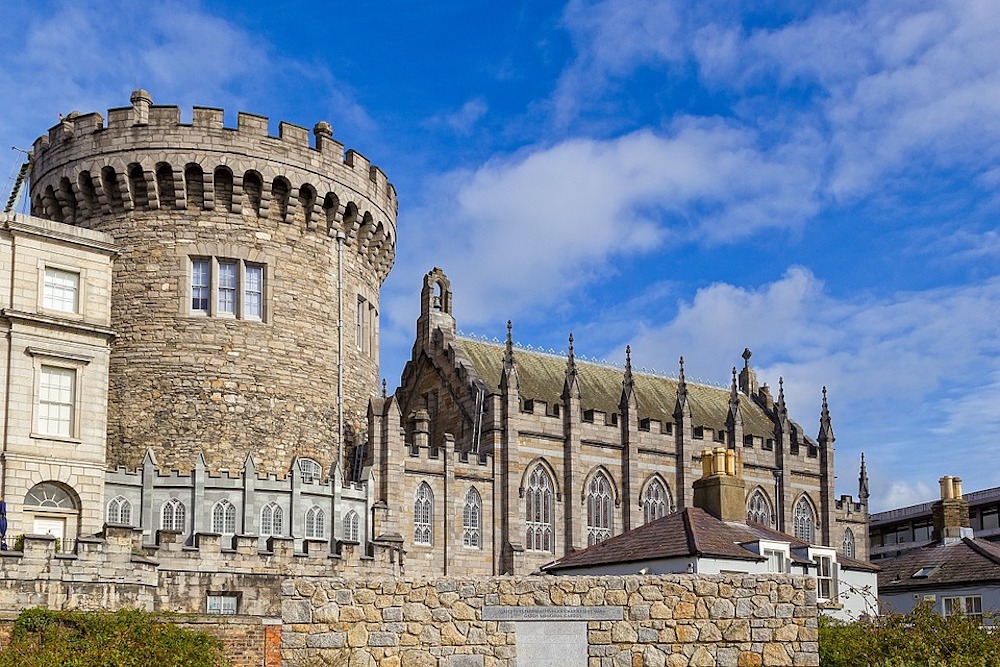 Go To A Pub

Here in Ireland, where drinking is practically a pastime, there's no better way to warm yourself up than going to a pub. A lot of people already go to the nearest pubs no matter the season, but going there's something about going there when it's cold outside that's really cathartic. You'll feel as if the place is a lot warmer, the beer tastes significantly better, and you probably won't mind talking to more people than you're used to. In a city like Dublin, pubs become somewhat of a community center for many people, particularly the popular ones like the iconic Temple Bar! 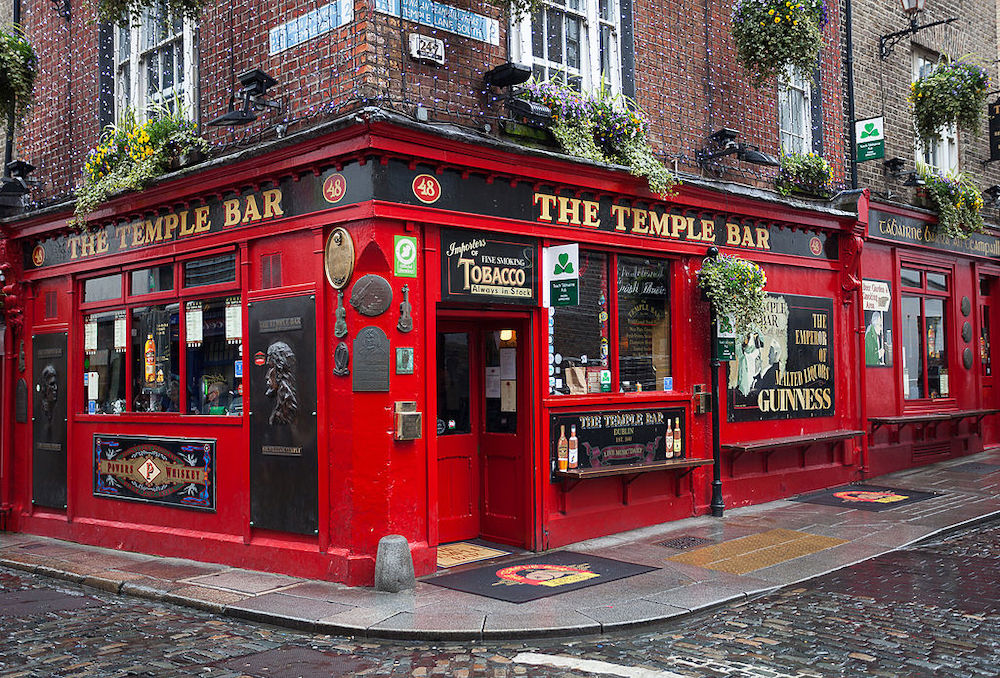 Speaking of going to the pub, make sure you also get a great big glass of Guinness while you're at it! This dark Irish dry stout is absolutely a must-try when you're in Dublin, or in Ireland in general, anyway! But it's even better when you're chugging it down in a warm pub while it's snowing outside. It gives you an extra buzz, both comforting and slightly exhilarating at the same time. If you prefer, you can also go to the Guinness Stockhouse, a popular tourist hotspot in the city, to sample the freshest bath they have! 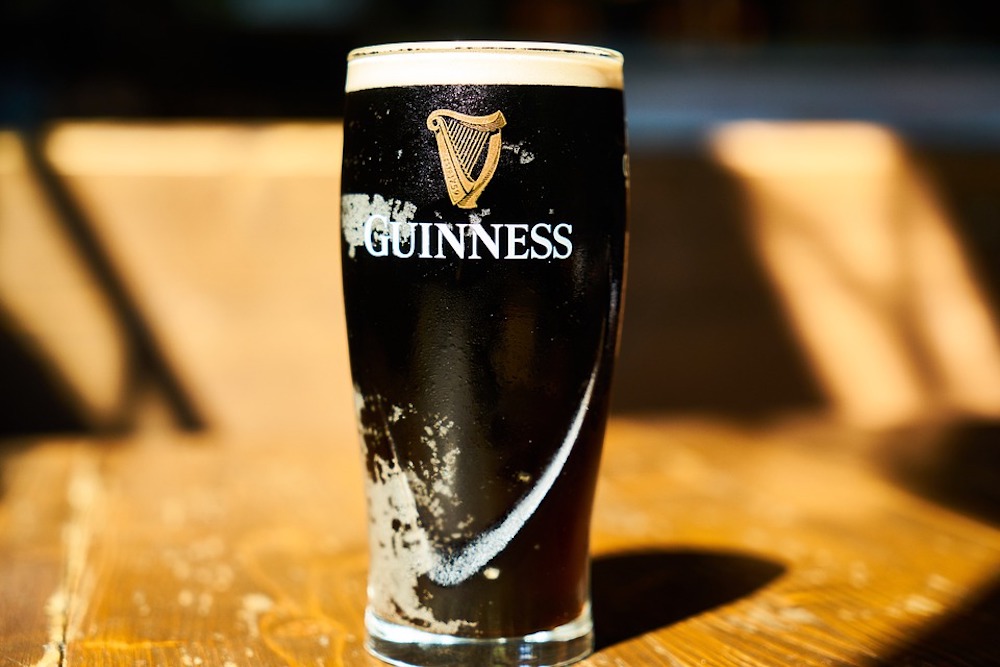 Forget The Cold By Reading

What's another tourist hotspot you might want to visit during winter? The massive and beautiful library at Trinity College Dublin. The place looks straight out of Hogwarts or Narnia or something; a type of library you'd (ironically) read about in fantasy books and stuff. But the majesty of it is just one part of the reason why you ought to go here during winter. Another and arguably more important part is that you can always read a book to stay warm while it's snowing outside. The library itself is already quite warm during winter, but losing yourself in a good book will make you forget the cold even more! 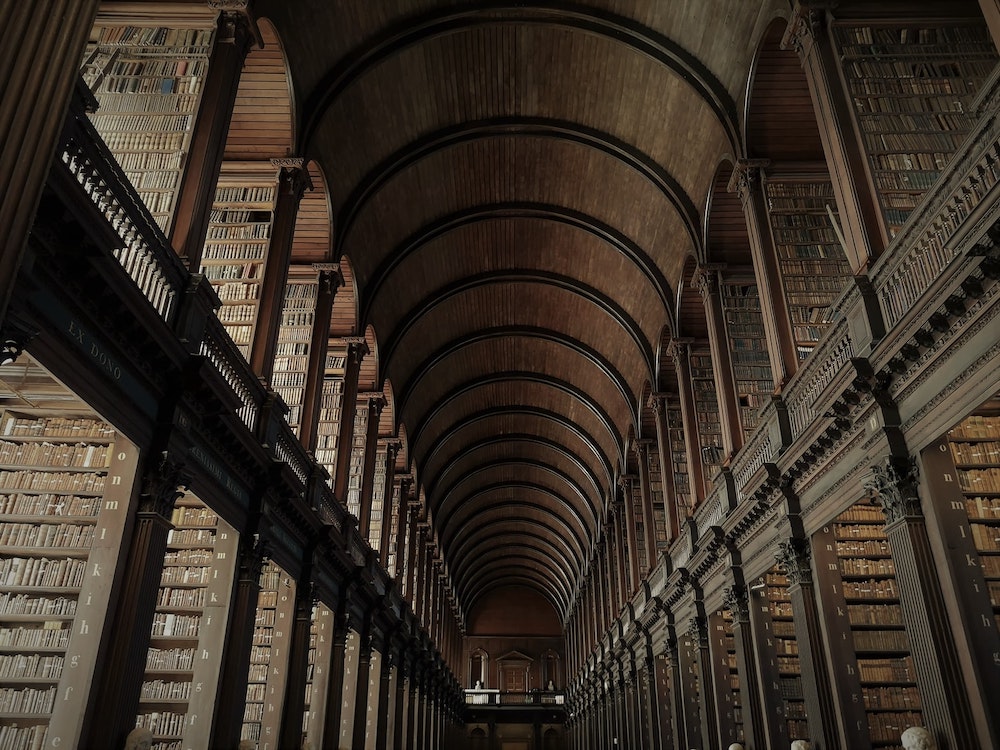 Similarly in the UK, Paris, and other European capital cities, Dublin becomes a shopaholic's paradise during winter. Most especially when it's just right after the holiday season! The Irish capital also has its own winter sales to offer, giving away the best items of the year at great discounts and exciting promos. And while Dublin isn't exactly a fashion capital by any means, a lot of well-known luxury brands have set up shop here. After all, the living costs here aren't that high, which means people can spend a little more on clothes and other items. 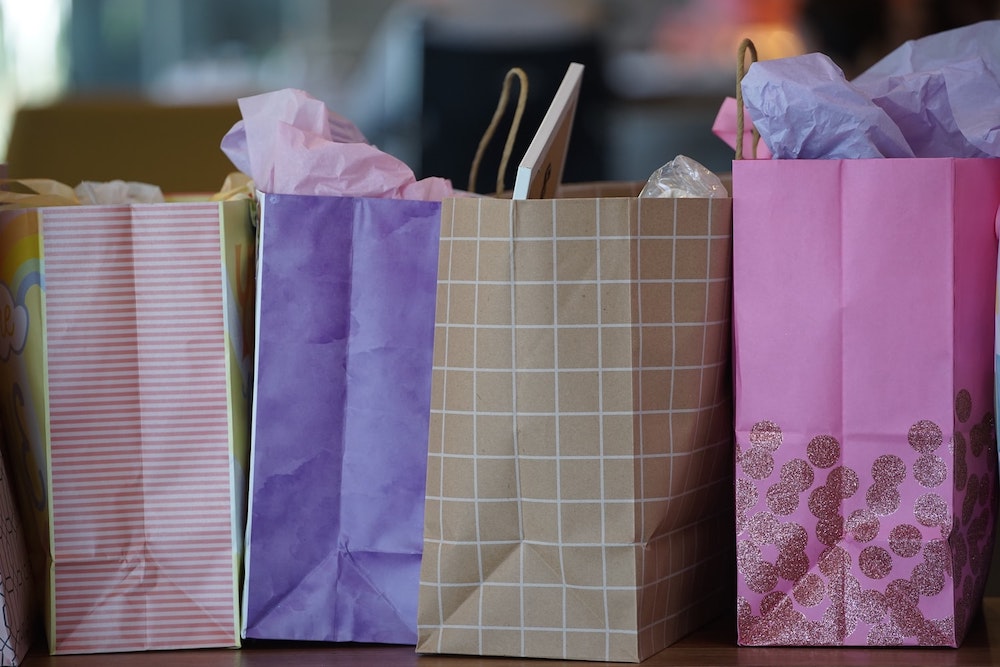 Have Fun in The Festivals

It may not look it, it may not even seem it, but Dublin can get pretty festive from time to time. Irish holidays are some of the best times to go here as well because the entire city transforms into one big party! From welcoming in the New Year to a festival devoted to David Bowie, there's a lot to look forward to in terms of events during the winter. You'd think they'd lessen the need to go outside since it's cold right? Wrong! Since the people here are already used to the climate, they just go with the flow and hold different festivals to help forget the cold! 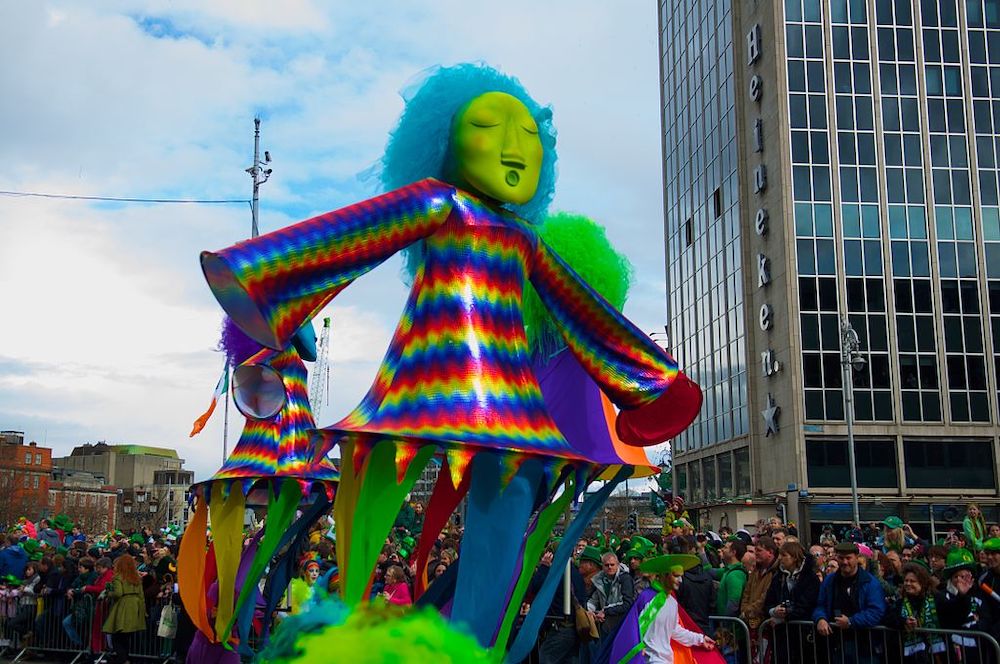 Though going to Newgrange is somewhat of a pagan ritual in Ireland, there's no reason why you can't go there during winter as well. And yes, before you even ask, it will be cold to travel all the way to this slightly rural and wide-open site. As any Irishman would tell you, you're just gonna have to suck it up! Because when you see just how stunning the place is, you'll know that braving the low temperature was worth it! You can still go there any time of the year, yes, but going there during winter is somewhat special and very Irish! 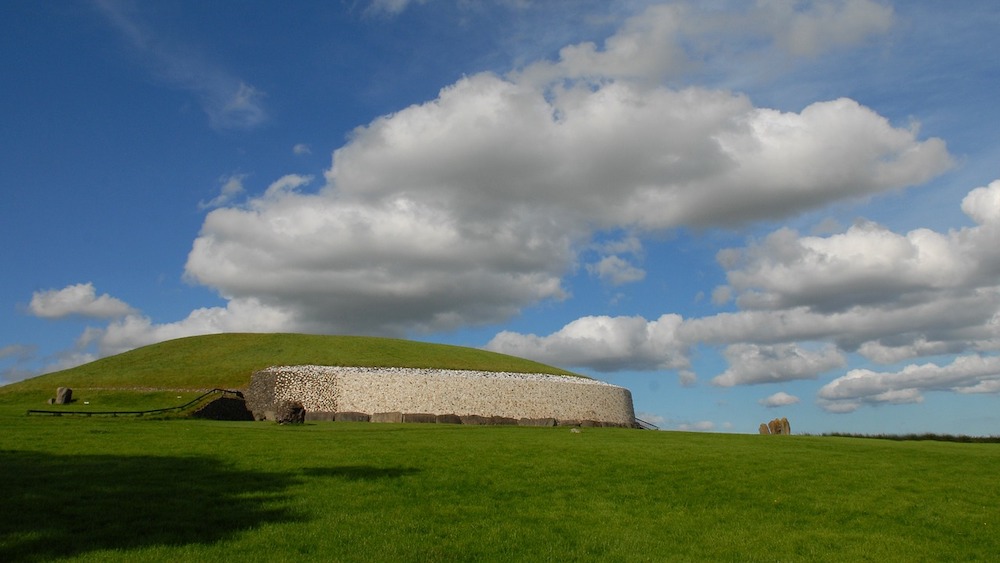 Just because it's cold in Dublin, especially during winter, that doesn't mean it's not an exciting place to visit. On the contrary, winter brings about many reasons why you should go to the Irish capital, withstand the cold, and just have a good time!

A great way to end each wintry day in Dublin is to cozy up in a luxury home! There are plenty to choose from in this city!