The quintessential Parisian sophistication is founded on its cultural appreciation and love for art. It leaves no wonder why this small city calls home thousands of the finest artistic pieces to ever exist. From the Venus de Milo at the Louvre to Van Gogh’s self-portrait at the Musee d'Orsay, visiting Paris leaves you a lot of options to witness some of the greatest visual masterworks in history.

Paris’s grand collection of historical art pieces is a matter of quality, not quantity though it can perfectly compete in that division with ease. The French capital houses fine choices of the most influential and striking works in photography, sculpture, painting, film, and other media, not only of the past centuries, but embracing the modern ones as well. Not does it only champion great ideas but also influence a lot of other artists from all over the world. This vast repertoire is proudly exposed in their majestic art museums that are just as fine as the works they feature.

If you are an artist yourself, just a curious traveler, or one who is interested in this aspect of history, there are way many galleries to go to if you are in the city of lights. Here are our top gallery recommendations. 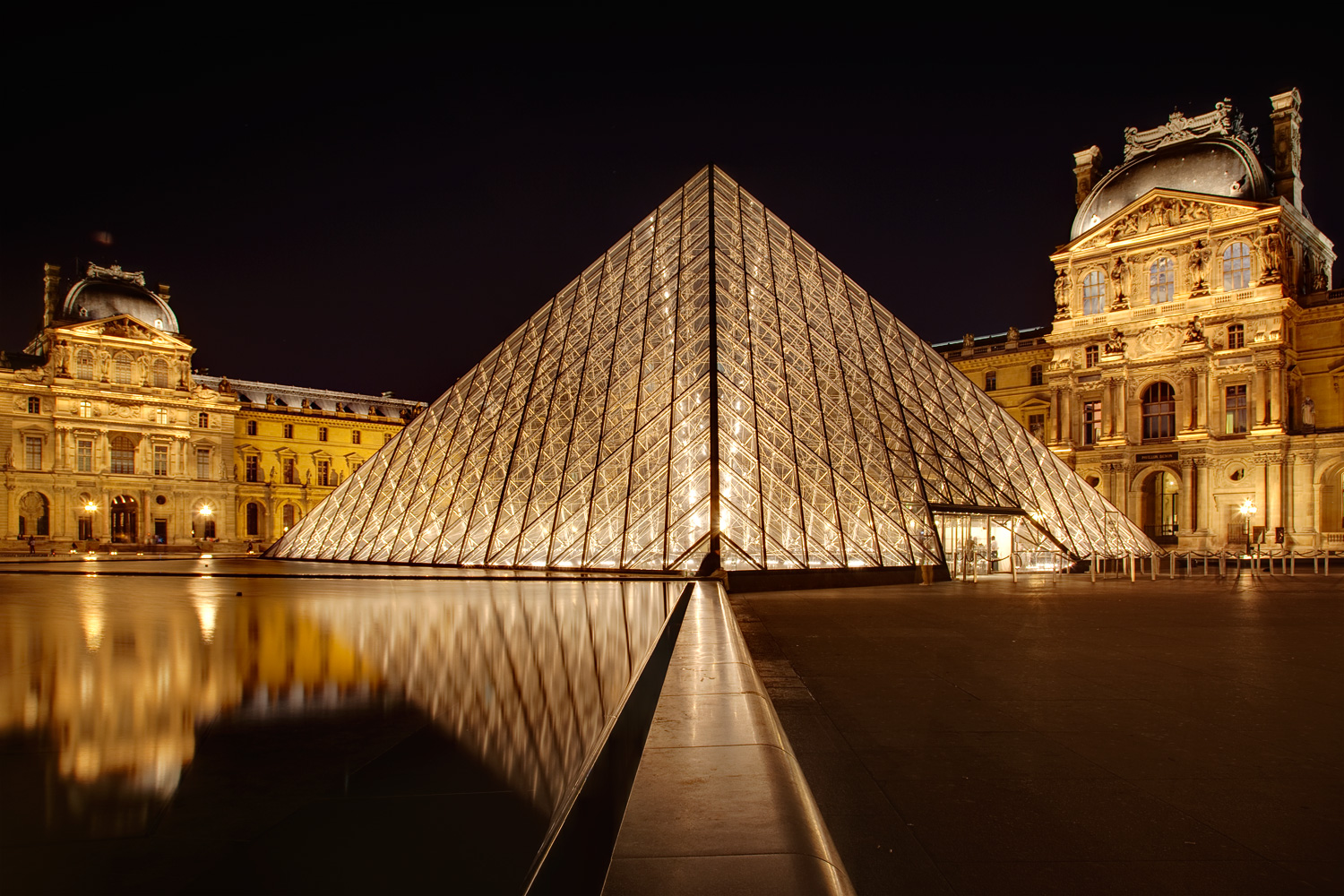 Every year, millions of bustling crowds fly to Paris and gawk at the marvelous mysterious smile of Mona Lisa. The Palais du Louvre which houses the Musée du Louvre is undoubtedly one of the most famous structures of modern day France. Located on the right bank of the river Seine, the majestic pyramid was originally a medieval fortress that served as royal residence of French monarchs in the succeeding eras.

It’s hard to miss the iconic shape from afar. It has competed with the infamous Eiffel Tower in terms of popularity, and for reasons that are obvious. It only houses an unparalleled collection, covering a full spectrum of art throughout the ages.

The museum is divided into three sections and each section has three floors to visit. Most visitors only line up for Mona Lisa or the Venus de Milo. If you want to skip the long lines, we recommend that you explore the less crowded wings and pavilions and you will be thankful you did. It will take you around 3 to 5 hours to see everything - though thoroughly isn’t exactly guaranteed.

The National Museum of Modern Art at the Centre Pompidou 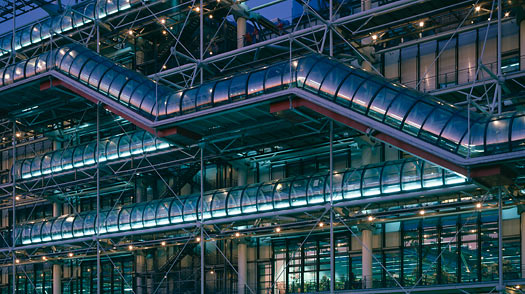 Here's a trivia right off the bat: the Centre Pompidou is more than just a quirky-looking building. It is in fact the largest modern art treasury in Europe, and is the second largest in the world.

This controversial building with its criss-crossing primary coloured pipes and a diagonally rising tube escalator houses a wide collection of contemporary art. From afar, the structure definitely steals looks, but not always the same reception.

On display are the pièce de résistance of various 20th century artists from the likes of Picasso, Braque, Matisse, Miro, Magritte, Warhol, Saint-Phalle, and Pollock, among others. Styles vary from Abstract to Cubism, Expressionism, Fauvism and Surrealism, featuring the individual works of over 6,300 artists. But what's really interesting here is that the collections are frequently refreshed and changed. This means that you can visit multiple times and will always have something new to expect.

It's really easy to get lost among the installations and displays. One can easily spend three hours or four with delight. The Centre is also not only occupied by galleries but there are shops and restaurants as well. So you don’t have to worry about what to do with the rest of your time. On the roof, you can find a breathtaking view of the Parisian skyline. 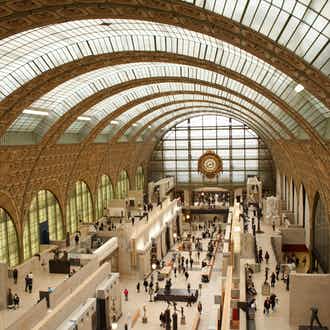 For those who hate the lines at the Louvre, a great alternative located just across the glass pyramid is a spectacular collection of Impressionist and Post-Impressionist art. The Musée d'Orsay is actually an old train station which France re-dedicated to art and opened in 1986. Today, the museum is considered to possess the largest collection of this art form featuring artists of the likes of Monet, Manet, Degas, Renoir, Cézanne, Seurat, Sisley, Gauguin, and Van Gogh.

The subtle, figurative brushstrokes characteristic of the radical art movement known as Impressionism debuted in France from innovators like Claude Monet and Paul Cezanne. Though it was not initially beloved, it eventually became a revolutionary artistic crusade that became the highlight of the artistic timeline in the later part of the 19th century. Such an iconic campaign gives no doubt why the city harbors some of the most prized Impressionist works to exist.

The interior of the museum is huge and impressive, always never failing to leave an impression. The ornate decorations and the well-maintained artistic pieces all showcased with space and elegance makes the Musée d'Orsay easily one of the best places to see art in Paris and the rest of the world. 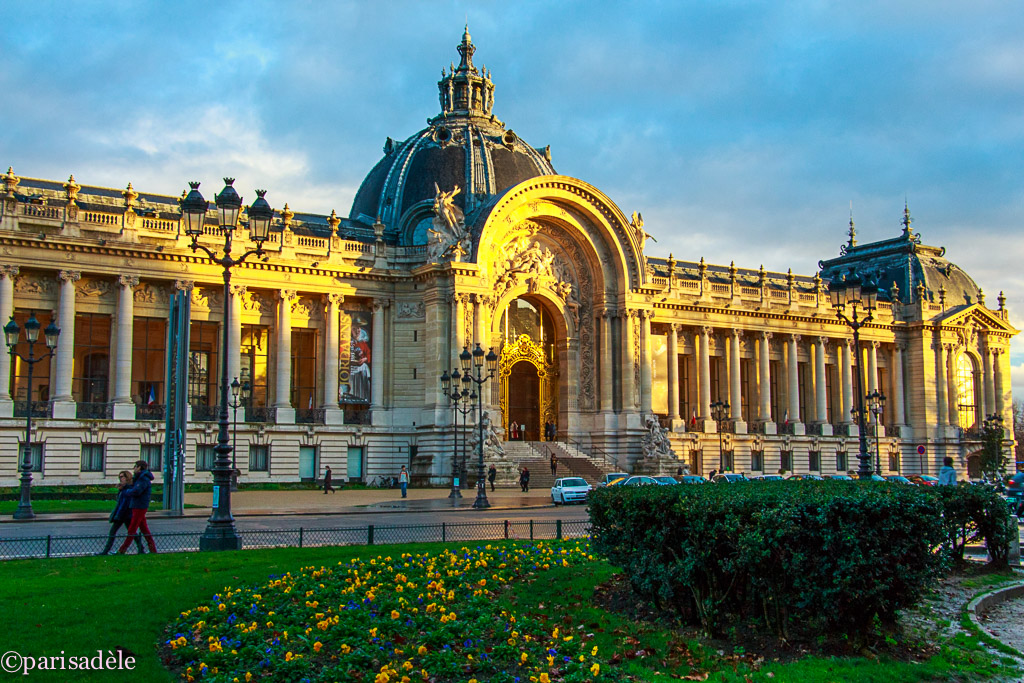 Definitely one of the best things about Petit Palais is that it’s free. Not that it’s cheap. In fact, it’s a generous and spectacular display of artists from the 20th century from the likes of Delacroix, Cezanne, Monet, Courbet, and many others. There may however be special exhibits that would require visitors to have a ticket, but usually, admissions are for everyone.

The Petit Palais is a stunning gem of Fin de Siecle architecture, a rare sight to behold. The interior itself is elaborate and around 1300 art works are on display.

A nice open courtyard allows you to rest with a cafe/restaurant nearby for a quick bite or great lunch.

A vast 1930s edifice situated on the banks of the Seine called Palais de Tokyo also boasts a proud collection of experimental modern art. It's a major municipal museum that features works by artists of the 20th and 21st century. Its eastern wing belongs to the city of Paris and hosts the Musée d'Art Moderne de la Ville de Paris. It is said that the collection includes more than 10,000 works from various art movements that sprung in the recent centuries. Today, you will find temporary exhibitions that are run every six weeks. 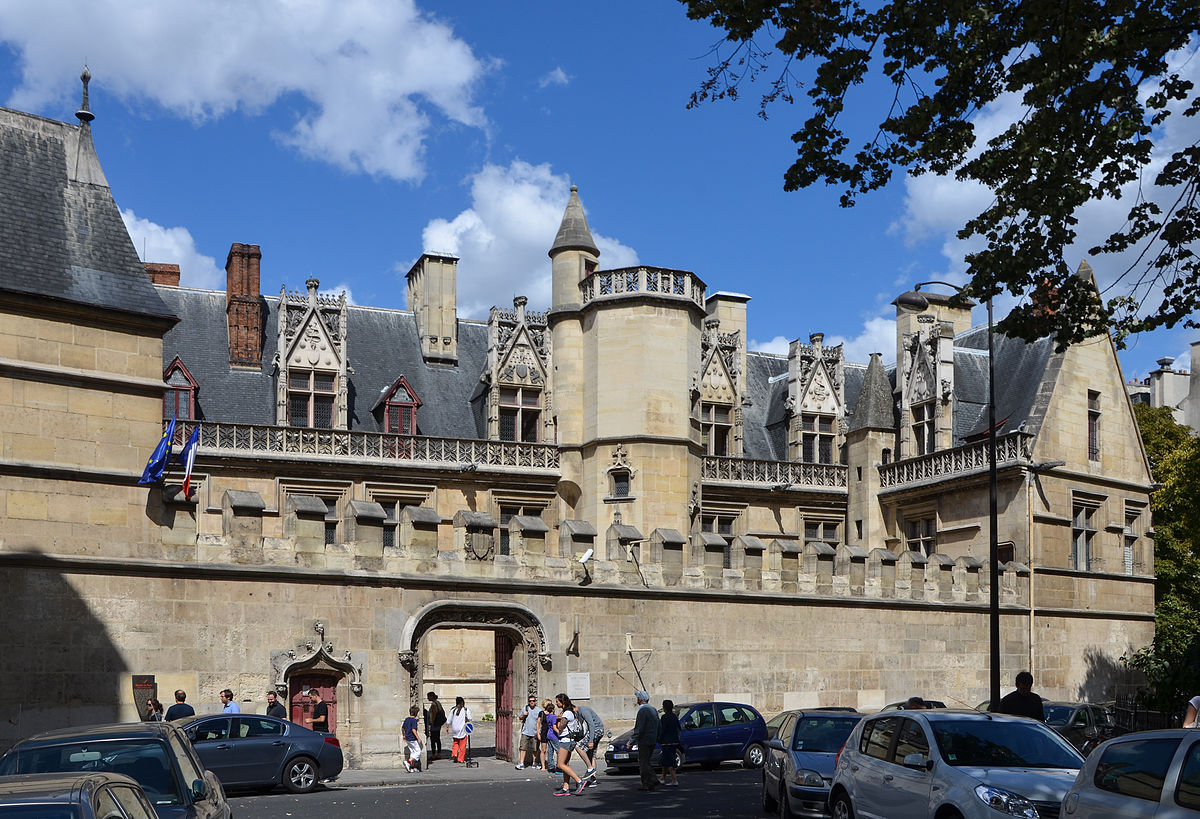 An often overlooked attraction but one you should never miss is France’s National Medieval Museum. This museum showcases artifacts and art works that exhibit what life was like in the Moyen age. The hotel that houses its collection, the Hotel de Cluny, is a magnificent architecture in itself. It was formerly known as the town house of the abbots of Cluny which was built in 1334. Its architecture is a mix of Gothic and Renaissance influences. In 1843, it opened to the public as a museum to hold the relics of the country's Gothic history.

Its most precious and curious displays, perhaps, are the Gallo-Roman thermal baths which was built on the period spanning the 1st and 3rd centuries. Part of the baths can be visited. Another is The Lady and the Unicorn, six 15th century tapestries, woven in Flanders from wool and silk, and are widely collectively regarded as one of the greatest works of art during the Middle Ages in Europe.

The medieval grounds are well-preserved, or at least arranged to resemble what it was thought to be. The pleasant environment is perfect for strolling around or reading away. 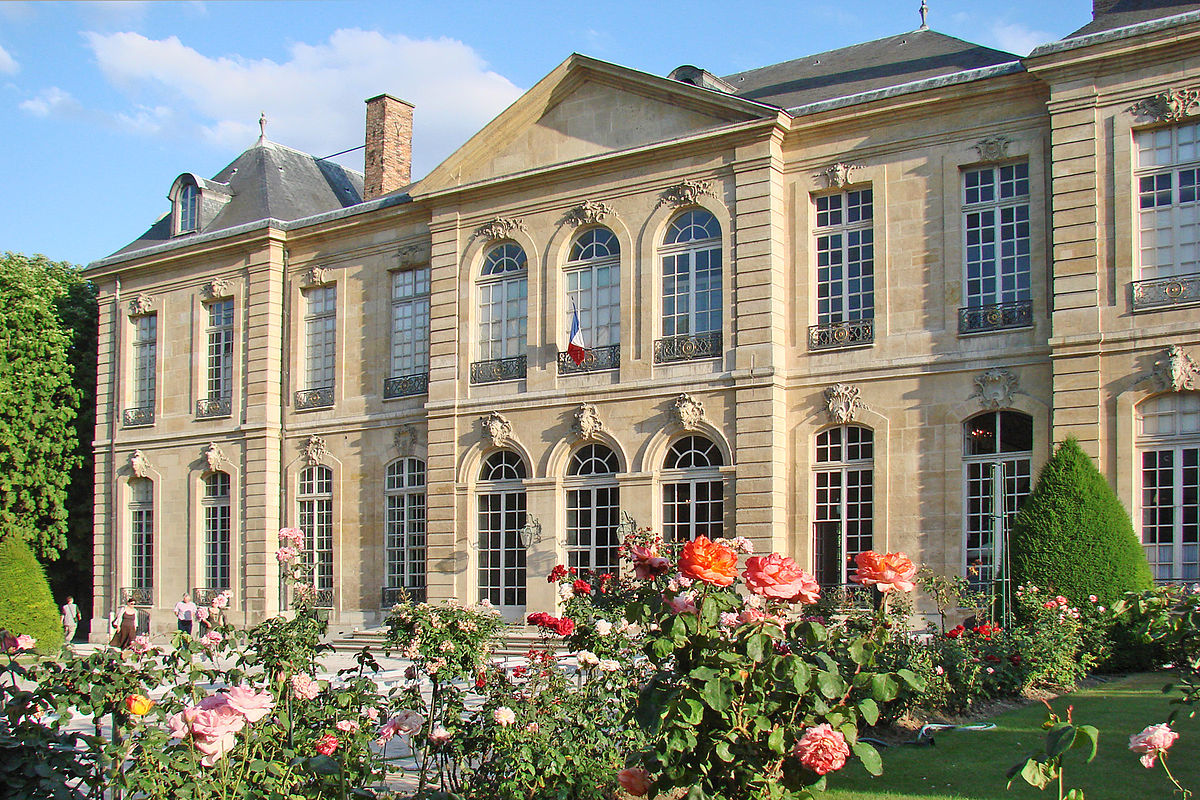 One of the most frequented museums in France receiving almost a million visitors a year is the Musée Rodin, a 1919 museum dedicated to French sculptor Auguste Rodin. If you like sculptures as an art form, this is the place to be. It has an expansive repertoire of 6,600 sculptures, 8,000 drawings, 8,000 old photographs, and 7,000 objets d’art.

For four euros, you can access an audio guide which gives you some pretty interesting information about Rodin and the existing works of art in the gallery. The gardens are inviting and perfect for families. 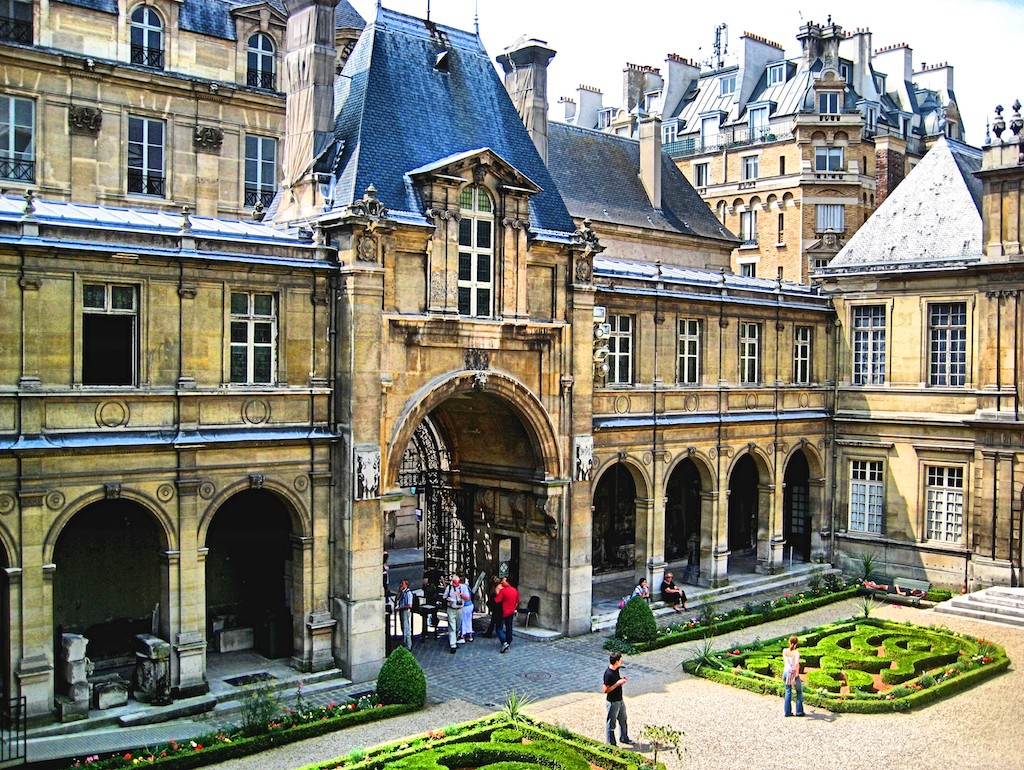 If tracing the Parisian heritage is something you'd want to see, head over to the Carnavalet Museum located within the walls of two Renaissance-era mansions, the Hotel de Carnavalet and the Hotel Le Peletier de Saint-Fargeau. The Carnavalet Museum lays down the complex history of France in great detail, spread throughout the museum's over 100 rooms. But that's not the best part: admissions are free and aside from the permanent displays, there are also temporary exhibitions that highlight various periods of France, with large focus on Parisian life.

The museum is set in a classical French structure that dates back to the early 17th century. There is an open courtyard with sculptures. There is also a bookstore. No line, no crowd noise. The whole space is decorated with all things beautiful.

One important thing to note before you visit: don't bring a large baggage or you will not be permitted inside. 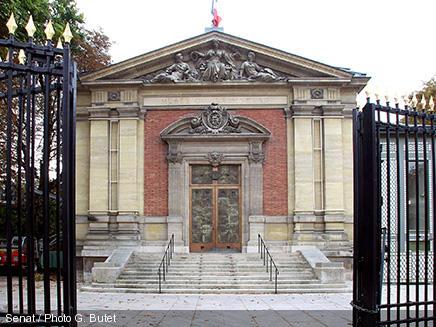 Located on the fenced grounds of the Luxembourg Gardens, Musée du Luxembourg is considered one of Europe's oldest, having been established in 1750. It was originally an art museum but in 1818, it came to house the first collection of contemporary art. Not long after, the museum moved to its current location which was formerly an orangery in the Luxembourg Palace.

Beautifully staged selections of permanent and temporary art pieces showcases the artists' artistic development. The exhibits are of high quality and there are plenty of information about the works and their creators.

Outside, there is a cafe that serves great hot chocolate. 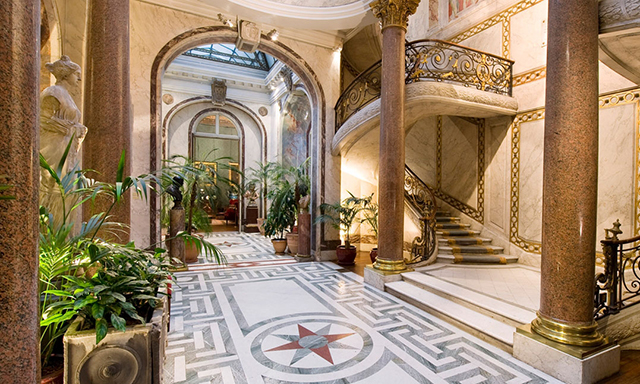 The Musee Jacquemart-Andre is a private museum located in the private 19th century mansion of collectors Édouard André and Nélie Jacquemart. The visit is divided in five sections: the state aparments featuring paintings and other decorative arts; the informal apartments which is decorated in refined style that testifies to the collectors' taste; the winter garden boasting great architecture; the Italian museum which houses an expansive gallery of 15th and 16th century masterpieces; and the private apartments which completes the ambience and gives the visitors that unique homely vibe.

Of course, you can also see collections of 17th to 18th century French, Dutch, and Italian art from Boucher to Tiepolo, Van Dyke to Watteau, and Chardin, among others.

This gem is off the beaten track so there are less visitors around.