Although this blog is generally reserved for writing alternative facts, and sights about Paris, I thought it would be great alternative to the alternative to write about the most famous site in Paris. Even it is generic and highly commercial, you have to admit, it is different. So what am I talking about? The Eiffel Tower? Actually no! It’s impossible to determine the number of people that actually see the Eiffel Tower and it is debatably the most visited site, but as only a small percentage of people who actually set their eyes on it, go up it, it is not our number one attraction. 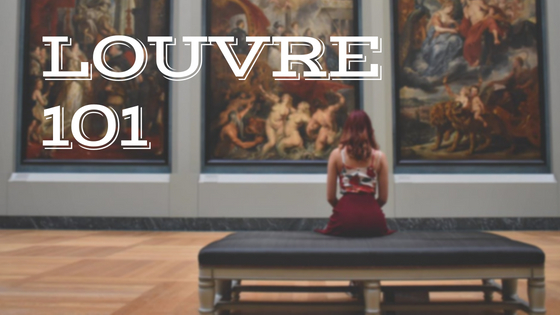 According to official figure, from the French tourism department, the number one attraction in Paris in terms of visitor numbers is the Louvre Museum. If that comes as a surprise to you, then trust me you definitely read to this this article. If it doesn’t come a shock, well, sit back anyway and read, you might learn something.

For pretty much every year so far in the 21st Century, the Louvre has been listed as the number one attraction in all of France but even much more impressive, the number one museum in the world. Wow, that’s quite a statement, I hear you yell! Well, yes it is and although it’s not an absolutely fact, it is widely considered to be true. You see, if can never be a completely accepted fact, because a lot of world famous museums either don’t charge ( such as the British Museum in London) or don’t officially keep records of the number of entrance tickets given out ( such as the Forbidden City in China). In these cases numbers can only be calculated by guessing. Educated guessing but guessing nonetheless.

The first thing you will notice as you approach the Louvre, is the dazzling glass pyramid. A stark contrast to the imposing yet elegant 17th century building surrounding it. The architect M. Pei  wanted the piece to serve as gateway between old and modern and judging from the amount of people taking pictures around it, he achieved his goal. The people that seemed not like this rather recent instalment where the Parisians themselves. But let’s remember, they also didn’t care for the Eiffel Tower and wanted it removed after the World Fair of 1889 and many thought Notre Dame was a bit too over the top and lacked soul. But now, like the pyramid, they are important symbols of Paris.

Once you enter, the next thing you’ll notice is efficiency. While it might not be friendliest experience ever, the few times I have visited the Louvre museum, I was never waiting in line a very long time. First you go through security, if you have a backpack, you’ll have to put it through the scanners. They don’t allow big rucksacks or suitcases, but there is a completely separate luggage storage facility where you can put it, before you get in. Then you go down the escalator into an enormous underground lobby with so much space. Don’t worry about crowds or lines, you can walk freely around here. You can buy you ticket from an automatic machine, which is available in 8 different languages, a huge cloak room ( and the first time, I ever saw a dedicated umbrella room), bathrooms and café. Avoid the café if you can, it’s not good and you are permitted to bring a bottle of water around with you.

And then your journey begins. Don’t do what everyone else does and rush to the Mona Lisa. Trust me, you’ll find her along the way, it’s actually pretty hard to miss her. But there is so much more to see and now it becomes obviously why I wrote this post. I don’t want to say that I didn’t like the Mona Lisa, because I did. It’s iconic and seeing images of it a million times throughout your life and then having the real thing in front of you, is impressive. But did it live up to my expectations? No. And while you wade through the crowds, you can expect to hear other people crying out with the same level of shock – “is that it”, “it’s so small”. So here are some paintings that I wanted to share with you that you not know about but hopefully you will appreciate once you see them. There are so many stunning paintings that you can sit in front of them for hours undisturbed because if you blink you’ll miss them and most visitors to the Louvre do just that. 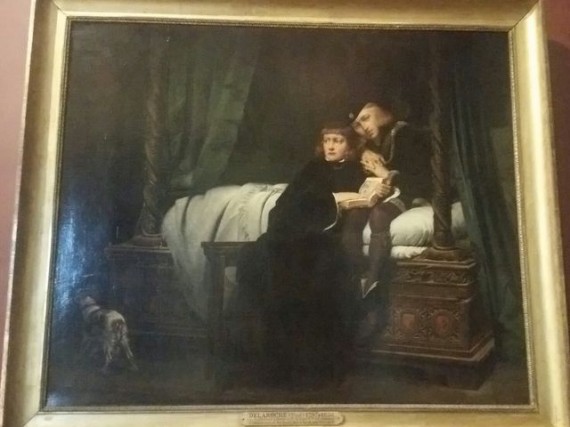 Do you recognised the two boys in this picture? If yes, then you know your English history. But for many, it’s a just a boring picture of two young rich boys. But by reading the description you’ll see that this haunting painting, is one of the very few paintings of the princes that mysteriously went missing. Legend says King Richard III was behind it but scholars differ on this. Take a moment to see how the artist, Paul Delaroche ( painted sometime around 1840), did a remarkable job painting their faces. It’s as if, they can sense their impending doom. A sad tale. If you like your history, take some time to check this one out.