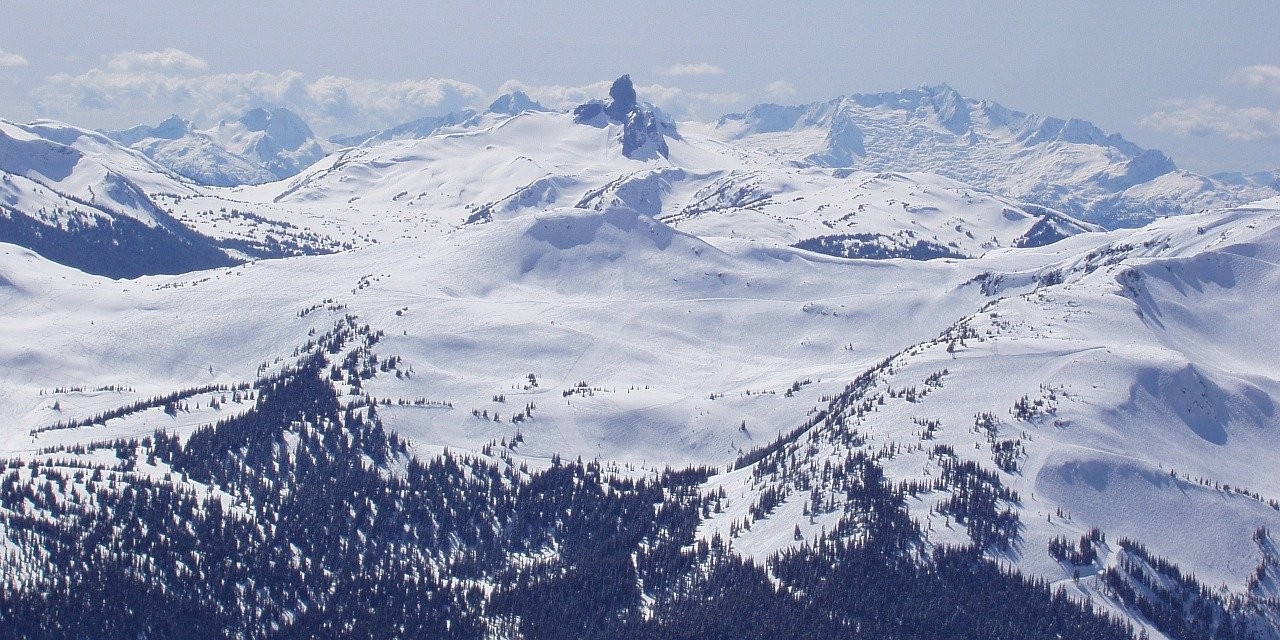 
Canada's most famous ski resort, Whistler, sits at the feet of two immense mountains: Whistler and Blackcomb. Whistler and Blackcomb Mountains used to be separated and were friendly rivals until they merged in 1997. the Whistler Blackcomb ski resort became one of the world’s largest, with over 8,000 acres of skiable terrain. The Peak 2 Peak Gondola that operates between the two mountains is also record-breaking and the world’s longest continuous lift system. The Peak 2 Peak Gondola provides an elevated ride between the two mountains. Though the distance covered is a record-breaking 4.4 kilometers, the ride takes only 11 minutes. On a clear day, the view is superb and looks out to snow-capped mountains, alpine lakes, and dense coniferous forests. Although Whistler Blackcomb is known for its skiing, Whistler is also a must-visit destination in summer. Whistler Mountain becomes a Mountain Bike Park, which brings in adventure seekers from around the world. There are many hiking trails to lakes and across the nearby mountain ranges. Whistler is also home to one of the world’s more scenic golf courses. Visitors can enjoy the panoramic views from the Peak 2 Peak Gondola and pick up fresh produce from the weekly farmers market too.

Lost Lake is a year-round destination. The park around the lake has picnic and barbecue facilities, a restroom, and a rental facility for bikes, skis, or snowshoes. During the summer, the park’s 25 kilometers of trails are especially popular among bikers while the cross-country skiers take over in the winter. The trail is also suitable for snowshoeing.

One of Whistler's most unique hiking areas is Whistler Train Wreck. As its name implies, this nearly 3-mile-long trail is best known for its train cars, which were moved to the site in 1956 after falling off a nearby track. Local artists have since decorated the cars with colorful graffiti. The path also crosses a suspension bridge and offers views of the Cheakamus River.

Located in the Callaghan Valley, the 141-foot Alexander Falls make for a beautiful day trip destination from Whistler Village. Just be sure to bring a picnic, as it’s a favorite lunch spot for locals and visitors alike. Picnic tables are surrounded by thick forest, and the crashing waterfall adds atmosphere to this wilderness setting that makes it easy to forget it’s only 30 minutes back to the hustle of a major tourist resort.

Whistler's beautiful and modern First Nations museum, the Squamish-Lil'wat Cultural Centre (SLCC), is home to a collection of carvings, weavings, and stories that introduce the history and culture of the local Squamish and Lil'wat peoples. Both nations include Whistler in their traditional territory and have lived on and from this land for longer than memory. The on-site café serves an interesting menu of First Nations-inspired dishes, and the gift shop sells some handmade souvenirs.