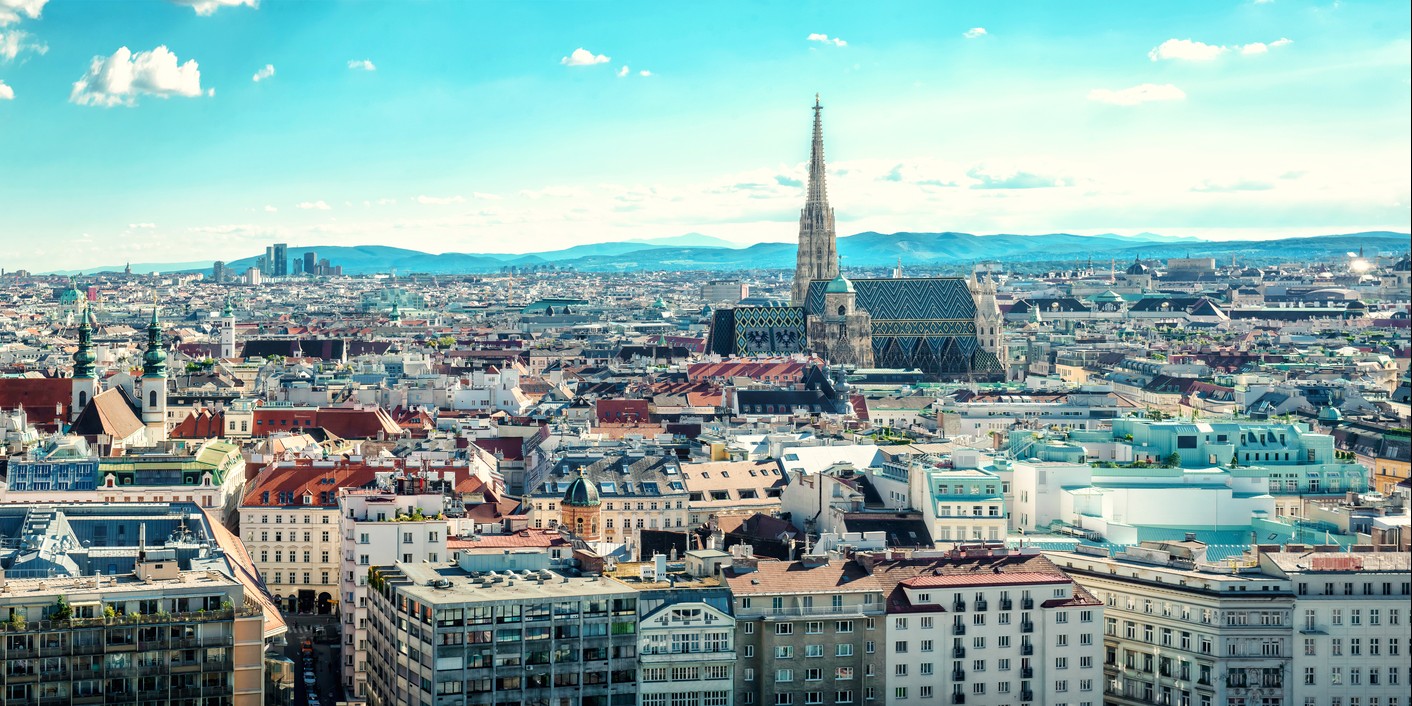 Vienna, as one of the most visited European cities in the world, is a beautiful city that’s rich with history and culture. A city bustling with historical attractions and entertainment hubs, Vienna continually attracts visitors with its cosmopolitan atmosphere. The Hofburg Palace, St. Stephen’s Cathedral, the Schönbrunn Palace, Vienna State Opera House, and the Prater Park are only some of the many attractions that Vienna has to offer to its visitors, and it is recommended that you spend at least 4 days to see the highlights of the city. All Luxury Apartments is here to provide you with holiday rentals for a hassle-free vacation in this Austrian city. Whether you’re planning a four-day trip or a long-term vacation in Vienna, we got the right rental properties for you. All Luxury Apartments provides vacation rentals that would guarantee a luxury vacation in this beautiful city.

At the heart of Vienna is the most significant historical palace in Vienna—the Hofburg Palace. Built in the 13th-century, Hofburg has been the seat of the government since 1275. With 59 acres of area, the palace comprises of 18 groups of buildings that reflect different periods, some of which includes the Renaissance, Baroque, Gothic, and Rococo architectural styles, 19 courtyards, and 2,600 rooms. Highlights of the palace include the Sisi Museum, the Imperial Apartments, the Silver Collection, the Burgkapelle, the Austrian National Library, the Naturhistorisches Museum, and the Hofburg Treasury wherein a large collection of Imperial regalia and Holy Roman Empire relics are exhibited. The Hofburg Palace is open daily, and you may visit it as early as nine in the morning.

Another important attraction in Vienna is the St. Stephen’s Cathedral. Locally known as the Stephansdom, St. Stephen’s Cathedral is the archbishop’s cathedral church since 1722. However, the Gothic church erected today in the heart of Vienna isn’t the same as the one built in the 12th-century. The original Romanesque church in the 1300s was replaced by a Late Romanesque church in the 13th-century in which the Heathen Towers and the massive gate from today’s structure were from. Numerous reconstructions have been done from the 14th-century up to the 19th-century, and the church was completely rebuilt after the World War II. Highlights of the cathedral include the North Tower wherein the Pummerin Bell is located, and the climb to the Steffl’s Watch Room wherein there are spectacular views of Vienna.

The Schönbrunn Palace, another top Viennese attraction, is popular for both its beautiful architecture and park-like setting. With an area of more than 180 hectares, the Schönbrunn Palace is home to 1,441 rooms and apartments, some of which includes the ones that Empress Maria Theresa once used. Tours of the palace give the visitors an opportunity to visit the Imperial Apartments—which includes Emperor Franz Joseph’s Walnut Room and bedroom in which the small soldier where he died is located—Empress Maria Theresa’s room which includes her elaborately decorated garden apartments and Breakfast Room. While visiting the Palace, make sure that you check out the UNESCO-listed Schönbrunn Park and Gardens wherein the Baroque gardens and numerous outbuildings are located. The Children’s Museum is also worth visiting for children can dress up as a prince or princess there.

One of the world’s most splendid theaters is located in Innere Stadt—the Vienna State Opera House. First opened in 1869, the 2,211-seater Vienna State Opera House has hosted numerous performances of the world’s most prominent artists including composers, soloists, conductors, and dancers, and it hosts at least 300 ballet performances each year. The opera house, in addition, houses the Vienna Philharmonic Orchestra. The current structure boasts a French Early Renaissance style, which dates back to 1869. Highlights of its interior include the grand staircase that leads to the first floor, the Tea Room, and the Schwind Foyer. The Vienna Opera House offers a 40-minute guided tours in which the building’s history is elaborated and the must-see places of the opera house are visited by the tourists.

One of the amusing attractions of Vienna is the Prater Park, which is located between the Danube and the Danube Canal. What used to be a royal hunting ground is now a popular 3,200-acre park for all ages. Highlights of the park include the famous Giant Wheel has become a landmark in Vienna since 1896 that provides wonderful views of the city, the Prater Museum that exhibits the park’s history, the Prater Ziehrer Monument that boasts the statue of the composer CM Ziehrer, the Liliputbahn miniature steam railroad, and a planetarium. In addition to the park highlights, there are also activities for all ages in the park, some of which includes horseback riding, swimming, playing football and tennis, cycling, and bowling. The 250-acre Danube Park also has fun attractions for its visitors, including an artificial lake, a miniature railroad, and a theater.

If you’re wondering where to stay in Vienna, try our holiday home rental at All Luxury Apartments for a hassle-free vacation in this beautiful city. We offer Viennese apartments that would allow you to have a home away from home experience as you explore the beauty that Vienna has to offer.