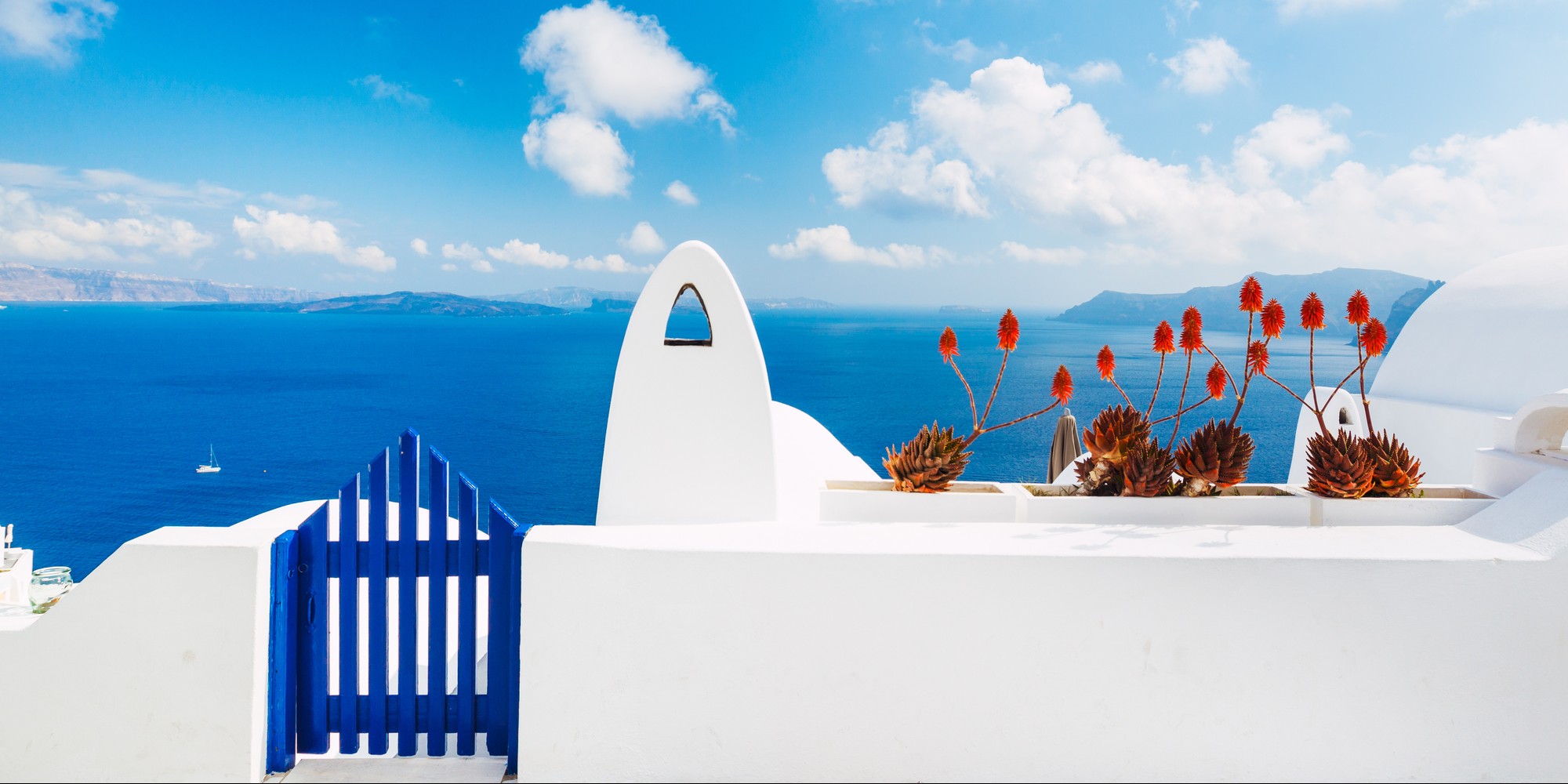 
Known as the “Wine Island”, Santorini is one of the southernmost islands along the Greek Cyclades islands. One of the most scenic destinations in Greece, Santorini has an estimated 73-square kilometer area and a population of 15,550. Famous for its sunsets, overflowing wine, and its turquoise sea, Santorini—as small as it may be—receives more than 2 million tourists each year, and has emerged as one of the top tourist destinations in the world. The picturesque region of Fira, the beautiful caldera, the antique city on Messa Vouno mountain, the ancient Akrotíri, and the uniqueness Red Beach are only some of the attractions of Santorini. To fully immerse yourself in the beauty of the place, it is recommended that you stay at least 5 days in Santorini. Whether you’re planning a Greek adventure with your friends or honeymooning in Santorini, we got the right vacation rental for you. All Luxury Apartments provides private apartments, villas, and holiday rentals that would guarantee a luxury vacation in Santorini.

Our Santorini holiday home, the Fira Santorini Suites, is located in one of the most picturesque sites in Santorini. Firá, or also known as Thíra, is the capital of Santorini. The area is made up of white-washed cubic houses that blend harmoniously with the blue waters of the caldera 400 meters below it. To go to Firá, you can either climb its 587-step winding path or ride a rented mule. Whichever mode of transportation you choose, it is an enjoyable journey to go to the beautiful city of Firá. Although the tourist part of Firá is small, there are attractions within the area that would keep tourists busy for the day. Built in 1960, the Archaeological Museum of Thera houses artifacts from the Proto-Cycladic to the classical period. The museum also exhibits Geometric and Archaic pottery and amphorae, which were mainly gathered from the ancient cemetery of Thera. Another point of interest in the area is the Museum of Prehistoric Thera which showcases a large number of ancient Santorinian artifacts. Built on the site of the old Ypapanti Church, the artifacts in the museum allow the tourists to get a glimpse of the civilization 4,000 years ago. Tickets can be availed for only €3, but you may also opt for the special package for €14, which includes access to the museums and archaeological sites in Firá.

If you would like to know more about Firá’s ancient civilization, the Ancient Thera located on the southeast coast is a must-see. The Ancient Thera is perched on a ridge of the Messa Vouno mountain, and it can be accessed through the winding road at Kamari. This antique city has Hellenistic temples from the ancient Firà, as well as other structures, foundations, and buildings from the Roman and early-Byzantine Empire. The Ancient Thera is open to the public daily except Monday from 8 AM to 3 PM for only €4.

Caldera, the sea-filled crater, is one of the highlights of the place. Located in the southern Aegean Sea, the Caldera can be seen from our Santorini Sapphire Suite. This luxury vacation rental in Santorini has a balcony with a majestic view of the caldera, Thirassia—another island in Santorini—Aspronisi, and the Kameni Islands. The islands visible above water can be accessed through a boat. One-day excursions are offered at times, which would allow you to view the islands above water, bathe in the hot springs, and have lunch on Thirassia, a small western island in the caldera that offers wonderful views of Santorini. Sea excursions take about three hours but may last longer depending on how much time you spend in the hot springs. To reach the hot waters, it takes about five to ten minutes of swim time, so it is vital to bring your swimwear if you intend to experience the glorious hot springs in Santorini.

Another Santorinian underwater attraction can be found 12 kilometers southwest of Firá—the Red Beach. One of the most scenic beaches on the island, the Red Beach is an interesting attraction in Santorini for red is the dominant color in the area. The beach is enclosed by red hills, and the sand of the Red Beach is red as well, which contrasts with the deep blue waters of the beach. The scenic beauty of the place is majestic, and people usually go here to just stare at it and photograph it. Just make sure that you stock up on the needed supplies from the two canteens before heading to the Red Beach’s path because there are no facilities on the beach itself.

Nearby the famous Red Beach is the settlement of the ancient Akrotíri which was buried beneath the lava from the 1613 BC volcanic explosion that birthed the caldera. The ancient settlement was discovered during an excavation in the 1960s in which structures and wooden walkways of the settlement were unearthed. The site allows the visitors to see the ancient life of the ancient Minoan city, and, decades later, the atmosphere of the site is still exciting for there are new discoveries from time to time. To know the proper context of the place, guided Akrotíri tours are offered for only €10 per person.

For an authentic Santorinian experience, try our vacation rentals at All Luxury Apartments for a hassle-free vacation in this picturesque town. We offer holiday rentals that would fit a range of location, budget, and duration of stay. With a number of accommodation choices, ranging from 1 bedroom rentals to luxury private villas, All Luxury Apartments can provide house rentals—be it short term or long term—that would suit your needs.