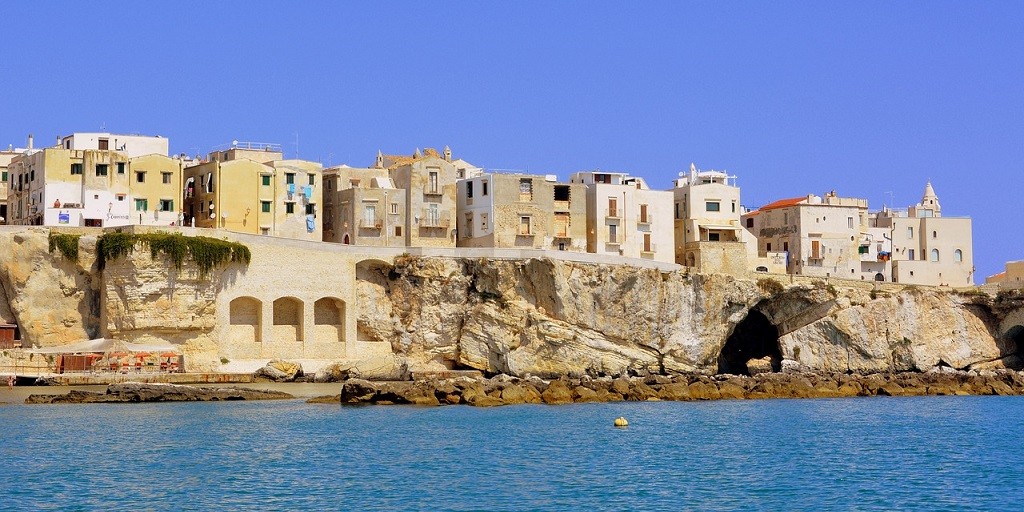 
Puglia is known for its whitewashed hill towns, centuries-old farmland and hundreds of kilometers of Mediterranean coastline. Its coastline is longer than that of any other mainland Italian region. Puglia is also known by the name of Apulia, it has a population of around 4-million and it is the eighth most populated region in Italy. Puglia is famous for its olive, there are an estimated 50 to 60 million olive trees in Puglia and the region accounts for 40% of Italy's olive oil production. Some of the best traditional foods in Italy come from Puglia, these include burrata cheese, orecchiette pasta and tiella, the Italian take on Spanish paella. The key locally produced ingredients used in their cuisine includes olive oil, artichokes, tomatoes, aubergine, asparagus, and mushrooms. Its deeply-rooted cucina povera tradition means its cuisine tends to be simple and delicious, relying on fresh, local produce. In recent years, Puglia has been famed for its vibrant and fruity flavours in the red wine varieties and it is one of the largest wine-making regions in Italy. Once Italy’s best kept secret, the region has enjoyed a surge in tourism in recent years. With so many beaches, art cities, Unesco sites and beautiful spots, there is plenty to discover here on your next trip!

Castel del Monte is one of the most mysterious places in Italy and, absolutely, a Puglia place worth visiting. In 1996, UNESCO included Castel del Monte on their World Heritage list for its outstanding universal value as much for its architectural beauty and for the mystery that still surrounds it. The castle is situated on the peak of an isolated hill in Andria, overlooking the Murgia Valley on one side, and with a sweeping view of the Adriatic Sea on the other. It is characterized by an unusual octagon shape with octagonal towers at each corner. Puglia's most famous sight is the trulli, unique houses with conical roofs found in the area around Alberobello. Trulli dot the countryside of central Puglia but the highest concentration of trulli is in the town of Alberobello itself. Its trulli zone has been declared a UNESCO World Heritage Site. Ostuni, the White City is a favorite destination for foreigners. Although Puglia has several towns whose buildings have whitewashed walls, Ostuni is one of the largest and most visible. Sitting atop a hill, Ostuni's white buildings make it stand out against the blue sky creating a beautiful image. You can wander through the old alleys of its historic center, a pedestrian zone, inside its ancient walls, and enjoy the views from the hilltop.