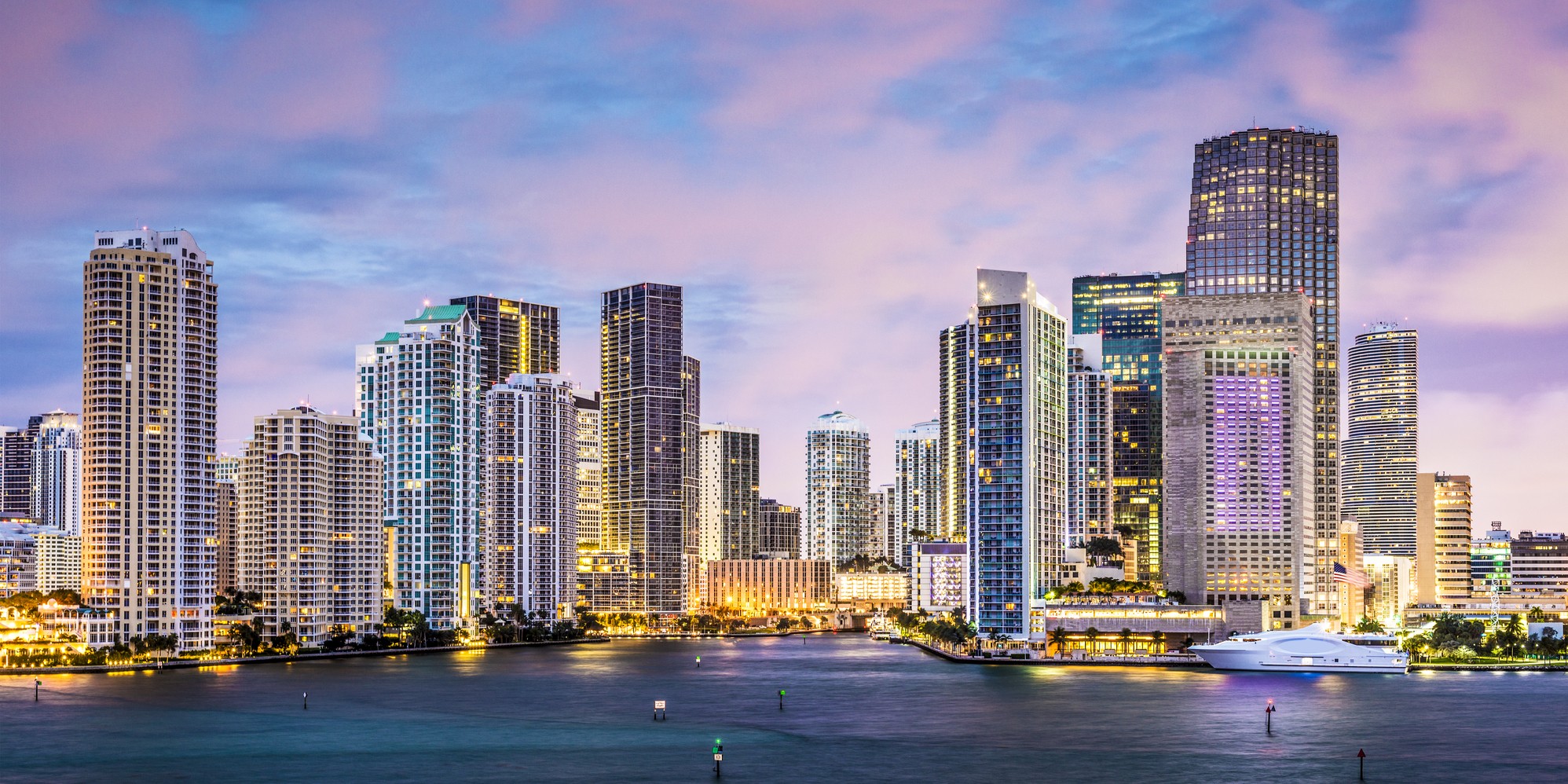 
With its year-round warm temperatures, sandy beaches, sparkling waters neverending coastline, and Disney resorts, there’s always something for everyone in Florida. Known as The Sunshine State, Florida is the 2nd most visited state in the U.S. in 2014. Its art deco buildings, world-famous boulevard, endless shores, and the numerous theme parks spread across the state made it one of the best vacation places in America.

Located in Lake Buena Vista is one of the happiest places on Earth--Walt Disney World. The 27,258-acre entertainment complex has been up and running for 46 years already, and still has millions of visitors each year. In 2016 alone, 20.4 million people visited Walt Disney World, and it really isn’t a wonder why people keep coming back to this happy place. With 4 theme parks, 2 water parks, 27 themed resort hotels, 9 non-Disney hotels, golf courses, a camping resort, and an outdoor shopping center, a trip to Walt Disney World truly is a magical experience. Make sure to check out The Pirates of the Caribbean, The Kilimanjaro Safaris, The Splash Mansion, The Tower of Terror, and the Haunted Mansion when you visit Walt Disney World.

Located at the Universal Boulevard in Orlando is another well-visited theme park--Universal Studios Florida. Although fairly new compared to Walt Disney World, Universal Studios Florida is extremely popular with tourists. They had 10 million visitors in 2016 alone and has become the 6th Most Attended Theme Park in the United States. The 200-acre theme park allows people to, just like their 2013-2015 slogan, “Experience the Movies”. Rides, shows, attractions, characters, food outlets, and gift shops are spread across each of the 6 areas of the Universal Studios. E.T. Adventure, The Simpsons Ride, Hollywood Rip Ride Rockit, Revenge of the Mummy: The Ride, and Harry Potter and the Escape from the Gringotts are some of the best attractions of the theme park.

Another attraction for those who would like some good ol’ Floridian entertainment is the Sea World. Also located in Orlando, this marine zoological theme park allows people to have close encounters with the marine life. The amusement park has daily dolphin and whale shows at the Shamu Stadium and the Dolphin Theater, an array of tanked-species, and rides for all ages. A’Lure the Call of the Ocean, Journey to Atlantis, Manta, Kraken, and Mako are some of the many entertaining features of the park. With 4.5 million visitors in 2016, Sea World Orlando has become the 10th Most Visited Theme Park in the USA.

Thrill-seekers would enjoy the Dry Tortugas National Park. Located 68 miles west of Key West, Dry Tortugas is a national park in a small archipelago of coral islands. Although it’s the least visited park in the U.S., Dry Tortugas does not run short of sights and attractions. With its unique scenery and remote location, the 2.5-hour ferry ride to the park alone is an exciting experience. Once in Dry Tortugas, make sure that you tour Fort Jefferson, the unfinished coastal fortress made of 16 million bricks that once housed island prisoners, and the troops of the War of 1812. After touring the historical site, you may bird watch, dive, and snorkel around the area.

Located in St. Petersburg is the Salvador Dalí Museum, home to the largest collection of Dalí outside Europe. With 96 oil paintings, over a hundred watercolor and drawings, 1,300 other artworks, the Salvador Dalí Museum is one of the top attractions of Florida. It holds some of Dalí’s masterworks, including The Hallucinogenic Toreador and The Discovery of America by Christopher Columbus. The museum was originally built in 1982, but was re-built into a modern, hurricane-proof building in 2011, The American Institute of Architects’ Florida chapter included the Dalí St. Petersburg Museum, designed by Yann Weymouth, on its list of Florida Architecture: 100 Years. 100 Places.

And of course, how can a trip to Florida be complete without plunging into its waters? Miami Beach, an island city in South Florida, is the ultimate go-to place for beach-hopping. Miami Beach has its very own “American Riviera”--South Beach, the iconic Miamian neighborhood. Ocean Drive, the world-famous boulevard wherein the art deco buildings are at, is also located in Miami Beach. Haulover Beach, with its nude sunbathers, is another great go-to place in Miami Beach because of its laid-back vibe.

At All Luxury Apartments, we’re happy to offer you a wide range of exclusive properties for both short term and long term rentals in Florida. We provide first-class 5-star amenities at all of our luxury accommodations such as thick, soft towels, plush linens, and continuous housekeeping services. We also provide complimentary guest support. A dedicated concierge can help you plan out your stay so that you can have the vacation getaway of your dreams and enjoy an exceptional travel experience. Contact us at All Luxury Apartments so that we can help you plan your stay with us!