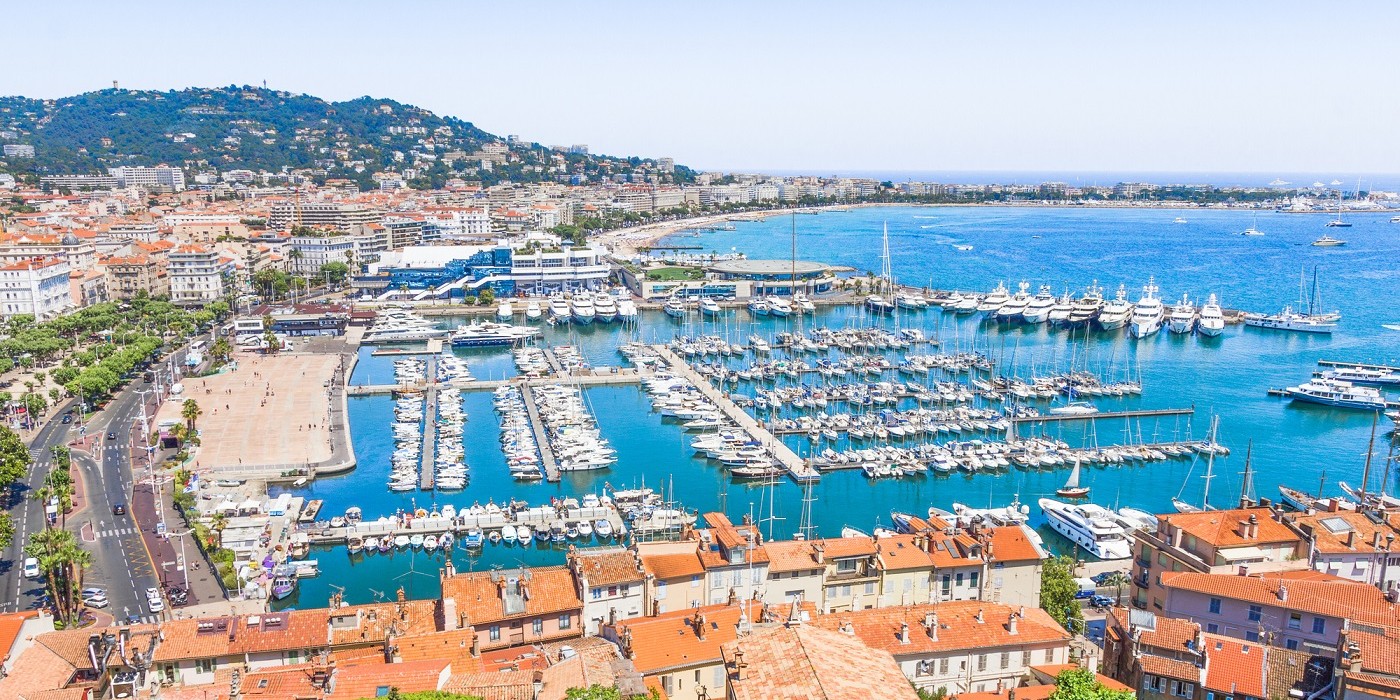 
Located on the French Riviera is the city called Cannes which is renowned for its world-class beaches and international film festival. A city associated with the rich and the famous, Cannes has private beaches and shopping districts across the city, and it has numerous attractions to provide to its visitors. The fashionable Boulevard de la Croisette, the La Malmaison Museum, the old town of Le Suquet, the Festival de Cannes, Macé Beach, the Zamenhof Beach, Plage de la Casino, La Bocca Beach, and Les Rochers are some of the attractions that Cannes has to offer, and it is recommended that you stay here for at least two days to truly relax as you soak in the beauty of its sparkling waters and sandy shores. All Luxury Apartments is here to provide you with holiday lettings for a hassle-free vacation in this city. Whether you’re planning a 2-day trip or a long-term vacation in Cannes, we got the right property rentals for you. All Luxury Apartments provides Cannes rental apartments and holiday villas that would guarantee a relaxing vacation in Cannes.

The palm tree-lined streets of Boulevard de la Croisette is one of the most fashionable streets on the French Riviera. The center of tourist activities in Cannes, the 2-kilometer long Boulevard de la Croisette has a range of establishment that would cater to the large crowd. The boulevard stretches from the Palais de Festivals to the La Roseraie Park, and it has a sandy shoreline in which tourists stroll and people watch as they admire the wonderful views of the gulf and Lérins Islands in the distance. Past the La Roseraie Park is a harbor wherein luxury yachts dock called the Port Pierre Canto. Nearby the Port Pierre Canto is another harbor called Port de la Pointe Croisette which is the departure point for Yacht Club of Cannes’ regattas. Sunbathers and sports enthusiasts would love the Port Palm Beach located on the western side in which a snack bar and restroom facilities are located on the quiet public beach.

Located on Mont Chevalier’s slopes is an old quarter called Le Suquet. With an Old World atmosphere, tourists adore the traffic-free area wherein narrow old staircases, pleasant courtyards, and historic remnants are located. At the heart of the quarter is the Eglise du Suquet, a Gothic-style church that features a musical crèche & offers wonderful city views. The 11th-century Tour du Mont Chevalier—a watchtower that’s said to be haunted by the ghost the Man in the Iron Mask, a prisoner from Bastille—dominates the Le Suquet skyline. Rue Meynadier, the town’s main shopping street, is lined with specialty gourmet boutique in which you can shop ‘til you drop. In addition to Rue Meynadier, the town has another commercial street called the Rue d’Antibes wherein there are designer prêt-à-porter boutiques.

One of the most exciting French Riviera activities is the Festival de Cannes. The glitz and glam of the red-carpet event is a top tourist attraction and is arguably the most awaited event in Cannes. With movie stars and filmmakers flying in from different parts of the world, the film festival gathers a crowd of eager fans and journalists. Although entry to the Festival de Cannes is limited to people who are working in the film industry, there are festival activities that are open to the public, one of which includes the nightly screenings at the beach which you may join as long as you line up early. You may also watch competitive and non-competitive film screenings by obtaining tickets to the Critics’ Week, which you may get for free, and Directors’ Fortnight, which can be purchased for a small price.

In addition to the Festival de Cannes, Cannes is also famous for its public sandy beaches wherein you can admire breathtaking views of the Mediterranean waters. With a 7-kilometer stretch of beaches, Cannes offers many options to its visitors. Although most of the beaches are privately owned, there are still numerous beaches that are open to the public, some of which includes the Macé Beach and the Zamenhof Beach in the Boulevard de la Croisette. Lounge chairs and parasols are available in Macé and the Zamenhof Beach, but lounging around these beaches are absolutely free. The Plage de la Casino located along the Boulevard de la Croisette is also free of charge beach. La Bocca Beach, a golden sand beach, is ideal for tourists who are looking for a quiet place to sit back and relax under the sun. Located right next to the train station is the Les Rochers beach which is the best place for snorkeling.

If you’re wondering where to stay in Cannes, try our holiday home rentals at All Luxury Apartments for a hassle-free vacation in this beautiful city. We offer a range of luxury vacation rentals that would fit your desired location, budget, and duration of stay. With a number of accommodation choices, ranging from Cannes rental apartments to vacation villas, All Luxury Apartments can provide property rentals in Cannes—be it short term or long term—that would suit your needs.