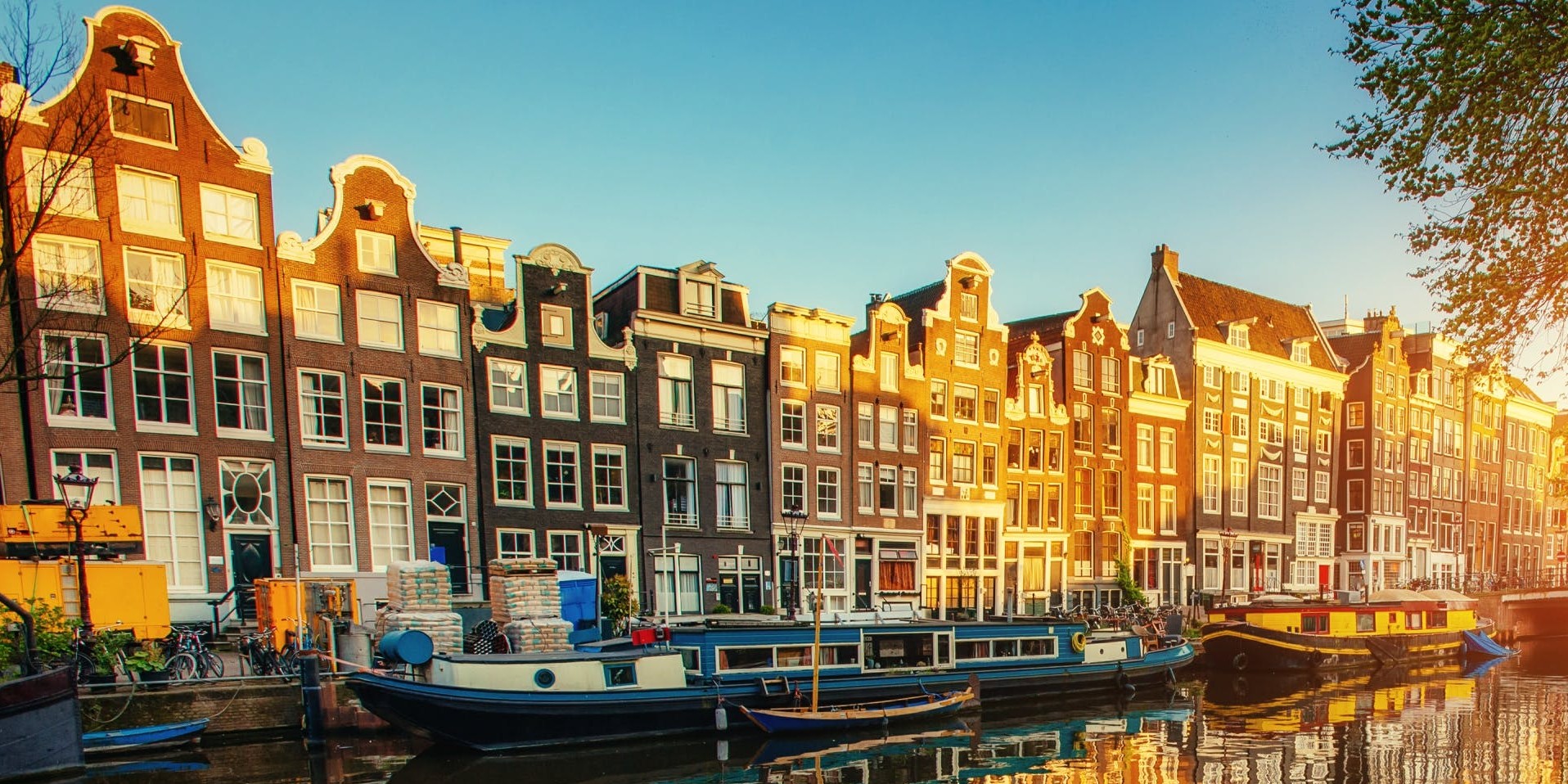 Amsterdam, the Netherlands’ capital, is famed as the “Venice of the North”. What used to be a fishing village developed around the Amstel dam is now home to 821,752 people, and has become the most populous city in the Netherlands. With its museums, universities, institutes, and entertainment venues, it has become one of the most popular tourist destinations in Europe.

Known for its artistic heritage, Amsterdam is, indeed, an artist’s haven. Located in Amsterdam-Zuid borough, Museumplein has three of Amsterdam ’s main art museums: the Rijksmuseum, the Vincent van Gogh Museum, and the Stedelijk Museum of Modern Art.

Rijksmuseum (or National Museum) is one of the world’s most famous museums. It houses more than 8,000 paintings, including Rembrandt’s The Nightwatch, Vermeer’s The Milkmaid, Pieneman’s Battle of Waterloo, and Van Gogh’s Self-Portrait. The museum has 7 million works of arts spread across its 250 rooms, and a library with more than 35,000 books and manuscripts. With its Renaissance and Gothic design by Pierre Cuypers, even the museum’s architecture is an artwork itself. Located in the Museum Square, The National Dutch Museum currently receives more than 2 million visitors per year.

A three-minute walk away from Rijksmuseum is the Van Gogh Museum--the art museum dedicated to the works of the Dutch painter, Vincent van Gogh. It holds the largest collection of van Gogh’s artworks, including letters, drawing, and nearly 200 of his paintings. In addition to van Gogh’s works, the museum also holds the painter’s contemporaries, friends, followers, and artistic predecessors artworks. Enclosed in a labyrinth of sunflowers, the museum consists of two buildings: the Rietveld building and the Kurokawa wing. The museum receives 2,100,00 visitors annually and has been ranked 23rd in the World’s Most Visited Art Museums in 2016.

Besides the Van Gogh Museum is the Stedelijk Museum, a museum that exhibits modern art, contemporary art, and design. Comprised of art from the early 20th century up to the 21st century, the museum showcases the works of artists such as van Gogh, Kandinsky, Kirchner, Matisse, Pollock, Warhol, and Gilbert & George. With almost 90,000 objects collected since 1874, it ranks 6th in Amsterdam’s most visited museums, with an estimate of 650,000 visitors in 2015.

With only eight remaining windmills in Amsterdam, a visit to the de Gooyer is certainly a must. Located in Oostelijke Eilanden, the windmill was built in 1725 and used to be a flour mill. The windmill is currently a distinctive Amsterdam landscape feature and sits next to a small brewery called Brouwerij 't IJ that produces blonde and dark beers. Brouwerij 't IJ is an award-winning artisan brewery that has an outdoor drinking terrace in which you can lounge around after the 30-minute guided tasting tour.

Another popular Amsterdam attraction is the Anne Frank House. Located at Prinsengracht in Central Amsterdam, the biographical museum is dedicated to the Jewish World War II diarist Anne Frank. There are numerous exhibits in this museum, including the life and times of Anne and a space about all forms of persecution and discrimination, but the hiding place on the annex is the highlight of the museum. The preserved hiding place concealed behind a moveable bookshelf lets visitors catch a glimpse of Anne Frank’s life while hiding from the Nazis. With 1.3 million visitors in 2016, the Anne Frank House has become the 3rd most visited museum in the Netherlands.

Amsterdam, with more than a hundred kilometers of UNESCO-protected canals, has guided boat tours. With different canal cruises to choose from, floating along the canals of Amsterdam is truly a magical experience, both daytime and nighttime as sparkling fairy lights liven up the bridges while getting under the city’s fabric.