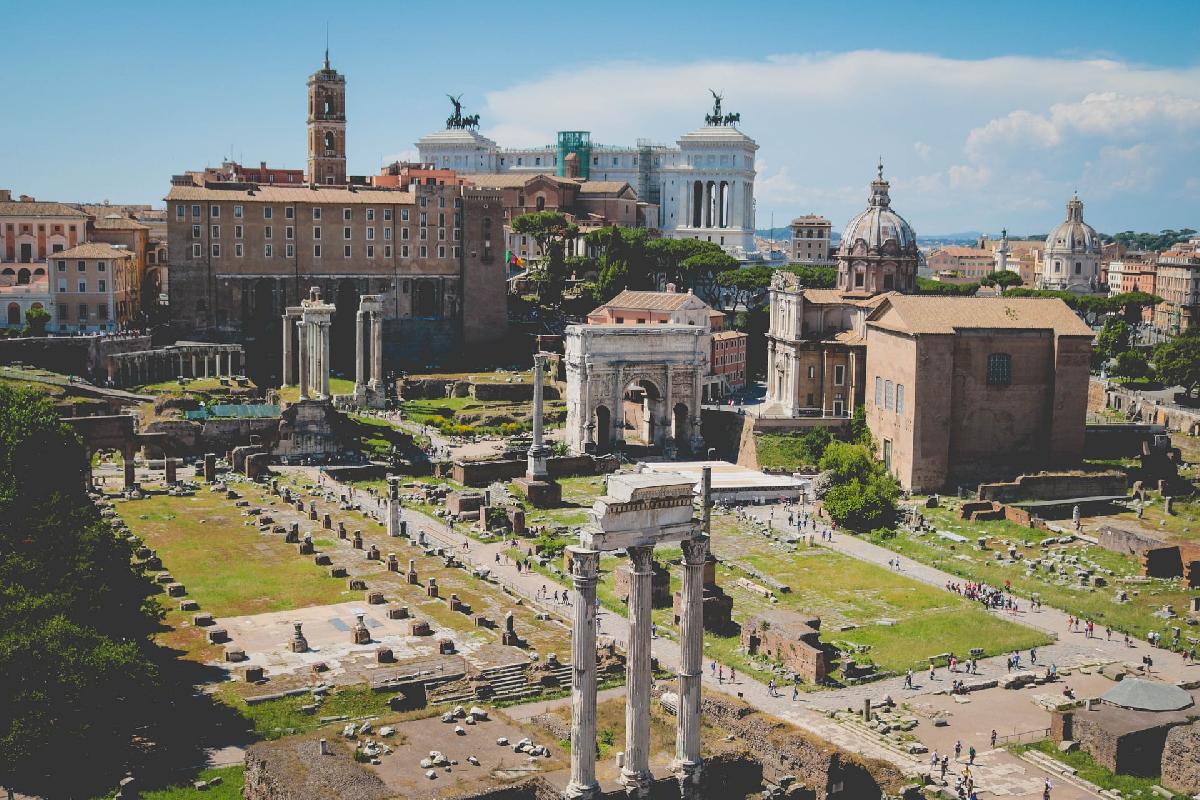 Moving to Rome: Your Relocation Guide This awesome 3-bedroom, 3-bathroom luxury vacation rental occupies an upper floor of a charming building refurbished for safety and comfort. The cool property in the Villa Borghese-Roma Nord neighborhood warmly welcomes up to 5 guests. The apartment is ready for your great escape from the hustle and bustle of the tourist-packed “Capital of the World.”

The holiday home boasts interiors that at once spell sunny and airy, splendid and serene, pleasant and perky. The open-plan living room smartly optimizes space and light, and it features a fairly high ceiling, light-wood flooring, and blushing walls. The sitting area promotes hale and hearty conversations, as well as cherished “alone times,” and it offers sofas that are as chunky as these are chic. Fabulous cushioned benches add cheer to the place. The dining area is a delight that gets plenty of natural light from a row of windows on one side, and the kitchen right by provides all the essentials for cooking up one mini-feast after another.

You will love that the property has a terrace, where you can bask in the invigorating Italian sunshine right in the comforts of home. This outdoor sanctuary is perfect for alfresco drinks and dinners, not to mention quiet lounging.

Rome is the ever-romantic “Eternal City” that is otherwise called the Caput Mundi, the “Capital of the World,” the “head of the world,” and the birthplace of Western civilization. It had been the seat of the great Roman Empire, of which legacy includes the languages, cultural values, religious beliefs, and technological advances that continue to benefit much of the human race. Iconic structures abound here, and this is why it has been designated as a UNESCO World Heritage site in its entirety. The millennia-old Colosseum and Pantheon stand proudly in the city, and other landmarks include the Palazzo del Quirinale where the President of the Italian Republic holds office, the legendary Trevi Fountain where coins are thrown for luck, and the Villa Doria Pamphili that is the city’s most expansive landscaped public park.

Rome is a special commune within the Città Metropolitana di Roma Capitale, or the Metropolitan City of Rome Capital, which sits in incredible Italy’s central peninsular part known as the Lazio region. It brims with monuments, museums, art galleries, ristoranti, trattorie, osterie, farmers’ markets, and shopping havens. It is host to Vatican City, the smallest sovereign state in the world and the home of St. Peter’s Basilica. The Rome-Fiumicino International Airport “Leonardo da Vinci”—the country’s premier airport—is a mere 45-minute drive away. Don't be intimated to shop in Rome! The 'Eternal City' is not always the 'expensive city.' In fact, there are actually a lot of great designer outlets in Rome where you can get luxury pieces at incredibly low prices and unbelievable deals! The Best Culinary Schools in Rome

Rome is the 'Eternal City' for many things, not the least of which is food. The Italian capital isn't just a place that serves fine food, it will also teach you how to best make them and train you to become one of the leading chefs of the culinary world!