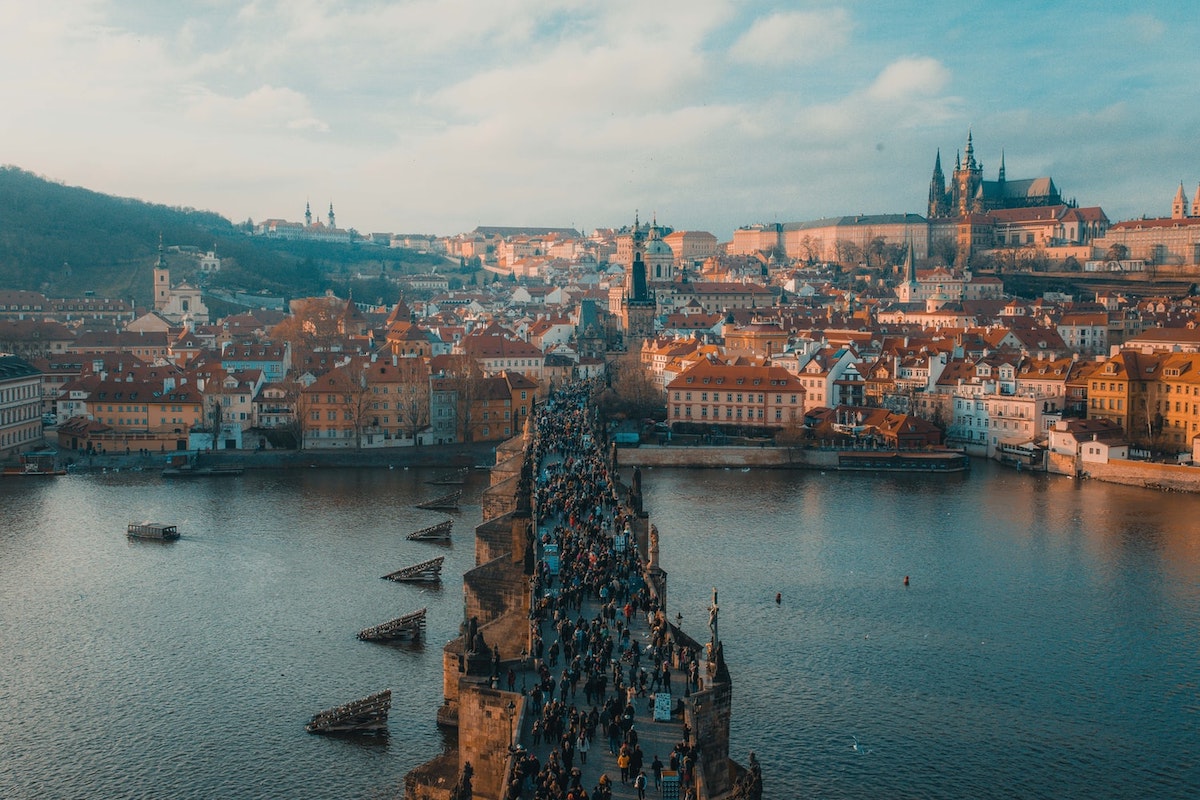 Tucked away on the quiet street of Divadelni, just behind the Vltava River, only meters from Charles Bridge, the property’s discrete, central location offers views of the river, the charming Mala Strana district and Prague Castle.

Nestled on a building typical of Prague, and with an elevator for the convenience of those in the upper floors, all units are fully furnished and with comfortable layouts. There are 6 different apartments whose names correspond to the main “cepages” (grape varieties) grown in South West France where our award-winning Panisseau winery is located and all of these varieties are available. You have light and dark mood apartments, whereas dark corresponds to the red varieties and light to the white varieties. The penthouse apartment has its own distinctive atmosphere and is called the Malbec named after the most precious “cepages” used to produce our ultra premium red wines.

All apartments are fully furnished, with living areas facing west towards the river, high-end Italian furniture in neutral tones, providing a calm ambience with splashes of color to brighten up the space. Its interior is made up of a mixture of both traditional and modern materials and designs.

APARTMENT 1, or The “Muscadelle” is a 2 bedroom apartment and the smallest of all the apartments yet still larger than the usual. Spanning an area of 92m², it consists of 1 double bedroom fitted with a queen-size bed and 1 bedroom with a single bed. It also has its own living room, kitchen corner, dining area and an office. The very quiet main suite faces the inner patio and the property boast two full bathrooms – one has a shower, and the other with a bathtub. For laundry concerns, there is also a laundry area.

All the apartments have the following layouts:

Bathrooms: In every apartment there is always one bathroom with a bathtub and one with a shower.

Lounge and dining rooms: All furnished in a minimalistic, tasteful style.

For added convenience, The “Muscadelle” is WIFI enabled and has an air-conditioning system.

Prague, capital city of the Czech Republic, is bisected by the Vltava River. Nicknamed “the City of a Hundred Spires,” it's known for its Old Town Square, the heart of its historic core, with colorful baroque buildings, Gothic churches and the medieval Astronomical Clock, which gives an animated hourly show. Completed in 1402, pedestrian Charles Bridge is lined with statues of Catholic saints. As a testament to its beauty and uniqueness, Prague is also a known UNESCO heritage site courtesy of its monuments.

One of the most important symbols of the Czech state that has stood for more than a thousand years is the Prague Castle which is also undeniably one of the most visited spots in the city.
Other famous structures in Prague are the Old Town Hall with the famous Prague Astronomical Clock, the winding lanes of the Jewish Quarter, which you may know from the novels of Franz Kafka, the Palace Gardens, the Gothic Charles Bridge and the Church of St. Nicholas in the Lesser Town, the most beautiful Baroque church in Prague.

Each of Prague’s districts has its own characteristic atmosphere and unique charm. Prague presents itself to you as a changeable city, which likes to alternate styles: it is romantic and successful, ancient and modern, but above all it is a city that is cosmopolitan through and through, and is used to welcoming foreigners. Going on a virtual museum tour of Prague is just as fun, exciting, and educational as the real thing. The main difference here is you're not tiring yourself out by walking throughout all these palatial galleries and exhibition spaces. You can easily enjoy them at home! A Day in Prague: What To Do

Prague, the capital city of the Czech Republic, is the type of city that you'll need more than a day to fully explore and truly appreciate its beauty. But if you don't have that much time, at least there are some worthwhile things you can do here within 24 hours!