Staying in gîtes in Brittany France is a great, immersive way to start your aventure française. After checking out the amazing castles, you can head down to the beach and enjoy a leisurely stroll along the coast. Or, you can hop on a riverboat tour in Poor Rance or get premium spa treatment at Royal-Thalasso Barrière.

Brittany. This French region is best known for its majestic stretches of sand and sea. But a little digging on the internet will give you a thousand recommendations on where to go and what to do. Indeed, it’s a great place for adventure. But where does one start?

Some communes and regions in France may only be suitable for vacations depending on the weather, but Brittany, in its seaside glory, is one surprising French destination where the fanfare goes on, all year round. There's always something for everyone in Brittany, from summer to winter. Brittany's interesting terrain and climate makes it one of those unique destinations in the country where you will always have somewhere to go to at the height of every month.

Situated at the northwestern tip of France, Brittany is a unique region which boasts its own cultural and traditional offerings that differs, in great lengths, with the rest of France. Originally a Celtic nation, Breton culture and influence persists in Brittany's cuisine, fetes and festivals, and architecture. Even today, Brittany's history and terrain attracts a great number of tourists from the Great Britain, Scotland, and Ireland.

Being the largest peninsula in France, your options for the perfect event to go to or city to explore are almost endless. Since it sits in the north-temperature zone, the climate here is often very suitable for outdoor adventures. It has often been said that the Breton climate alone satisfies the needs of a free spirit adventurer. The Breton lifestyle generally centers around sailing, swimming, fishing, and watersports, so expect to find yourself in the midst of a beach-themed festival whenever you visit. There is usually a festival or two dedicated to Breton living held in the later months of summer, early autumn, and mid-spring.

Brittany's location is yet another reason why the cuisine here is distinct from the rest of France. The coastlines and seaside cliffs point to Brittany's love for seafood. In fact, the science of oyster farming, or ostreiculture, has been practiced here for centuries. Brittany's Mont-St-Michel Bay are among the largest seabeds in the world where oysters and other types of fish are sourced from.

But of course, Brittany is not just for the seafood-loving sailor. This region of France has surprisingly stayed intact throughout many conquests, including the Second World War, which is why it boasts a great concentration of medieval towns and fortresses. If you are in search of the perfect French backdrop, Brittany is dotted with UNESCO-protected villages and towns.

Aside from that, here are ten more things you can do in Brittany.

A gîte is a French term used specifically to refer to a rural holiday rental. These properties are usually old farm cottages or outbuildings converted to accommodate vacationing guests. A requisite for a rental property to be considered a gîte is the proximity of the owner. They must be available to offer a warm welcome or provide hosting services to the guests, although most gîtes are equipped for self-catering.

The gîtes in Brittany France are some of the most recommended luxury cottages in the area. If you’d rather enjoy privacy and personal space than frolic about the crowded and busy hotel lounges in the cities, these charming holiday rentals offer a great alternative. 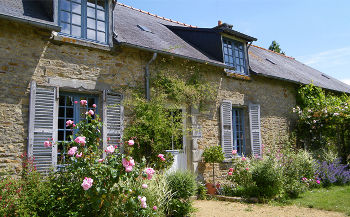 Quench your thirst through the Cider Route.

Although France is famed for its great tasting wines, this region brews delicious cider that is known throughout the country. In Europe, France is the second largest consumer of cider, next to the UK, so it's not surprising to find a cider route in the country. Aside from Normandy, Brittany boasts its own Cider Route which starts in the AOC Cournouaille cider region. 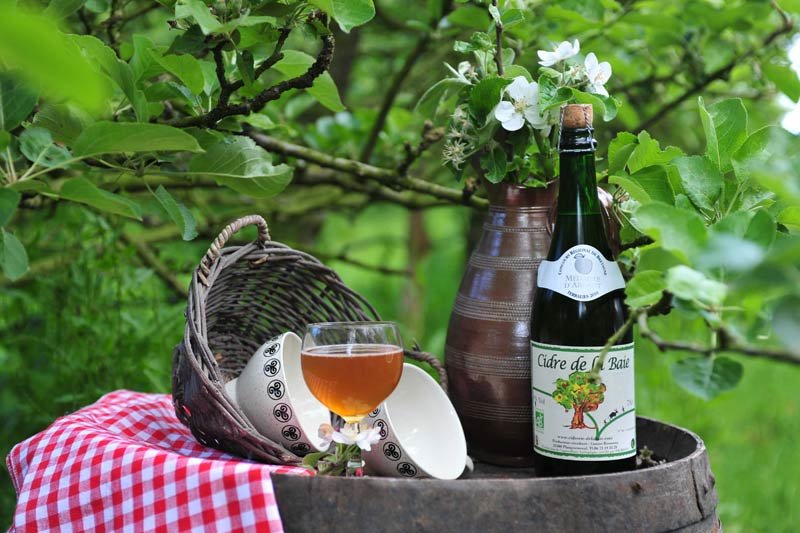 If Paris has the Seine, Brittany has the Rance. A riverboat tour takes guests from Dinan, the starting point, throughout the city's stretch of the Rance. The Rance exits through Saint-Malo and into the English channel. No Breton getaway is ever complete without a tour of the Rance starting from Dinan or Saint-Malo. 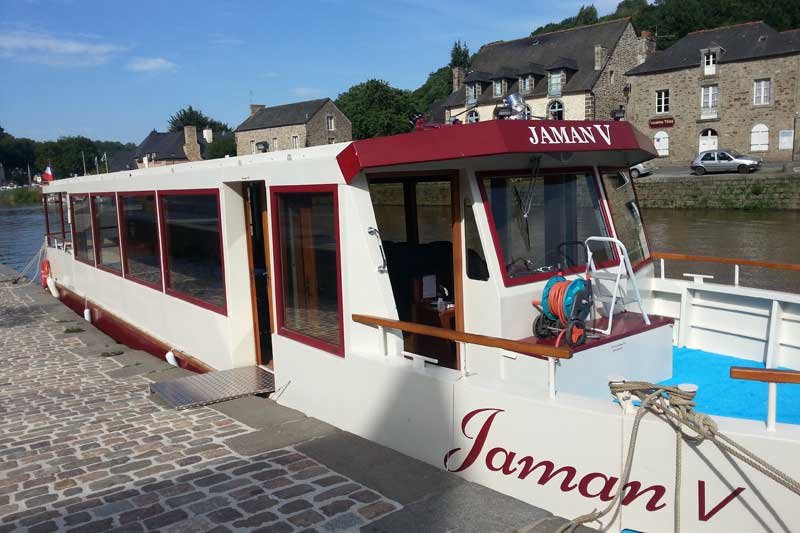 Saint-Malo is a world of its own. It is a walled city, which once served as a refuge and port for privateers and pirates approved by the French king. Although it is no longer a haven for seafarers, the city remains a popular stop for tourists exploring Brittany's medieval towns and fortresses. Sites of interest in this main tourist destination include the walled city itself, La Ville Intra Muros, Saint-Malo Cathedral, which boast Gothic features, Great Aquarium Saint-Malo, La Demeure de Corsaire, which houses weapons and ship models owned by privateers, and many other sites. 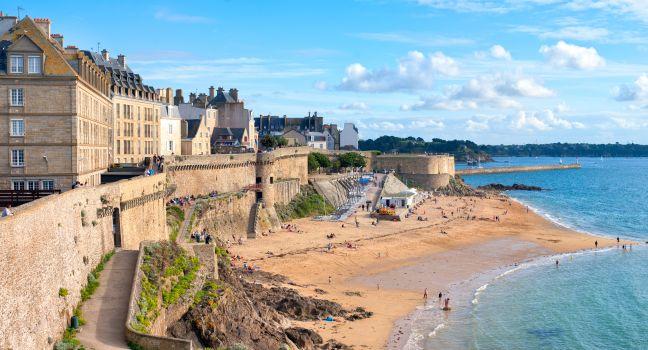 And while you're at it, explore Brittany's fortifications.

It's surprising how Brittany was able to keep its medieval towns, cities, and fortifications intact throughout years of conquests and invasions. While the gîtes in Brittany France offer a look into the old way of life in the French rurals, surviving medieval communes and cities can take you on a trip back in time with their century-old aesthetics. If this sightseeing interests you, make sure to venture through the city center of Dinan, Locronan -- a "plus beaux village," Rochefort-en-Terre, and many others. 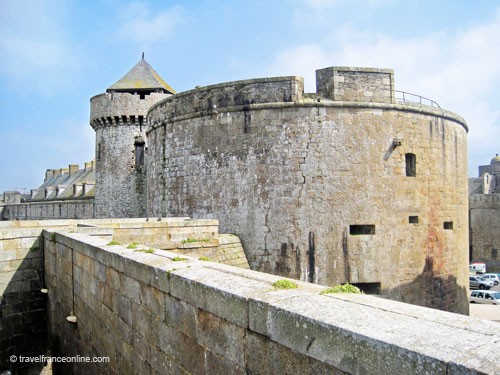 Next to water sports, another water-based adventure you should experience in Brittany is their Thalassotherapy treatment. Thalassotherapy is a spa method that makes use of sea water, seaweed, sand, sea salts, and other elements sourced from Brittany's coastlines. Many hotels and luxury spas in the region offer this experience, but the most visited ones are those found along Brittany's popular beach destinations. 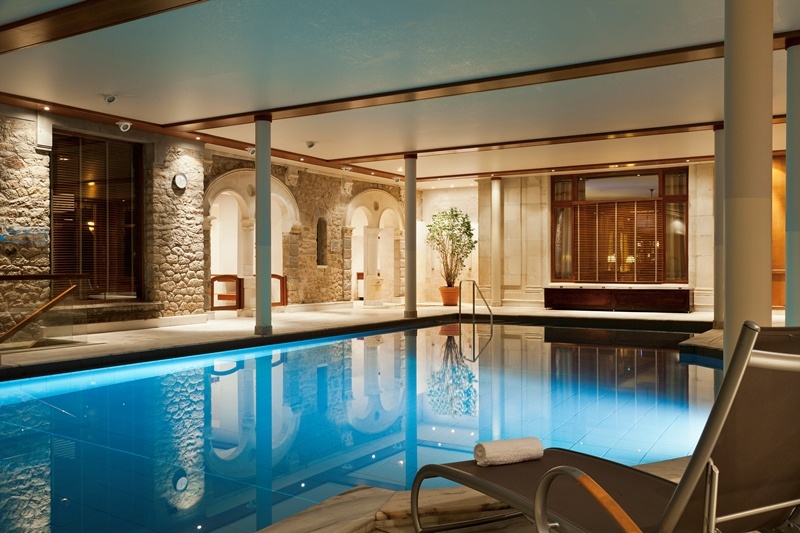 
Go back in time in Dinan.

A walled city as interesting in form as Saint-Malo, the city of Dinan boasts many medieval structures and homes, with some dating as far back as the early 1300s. If you've always wondered how France looked and felt like in the Middle Ages, travel back in time in Dinan with Rue de la Cordonnerie as your starting point. This whole stretch takes you a 13th-century castle, which has been intricately preserved. 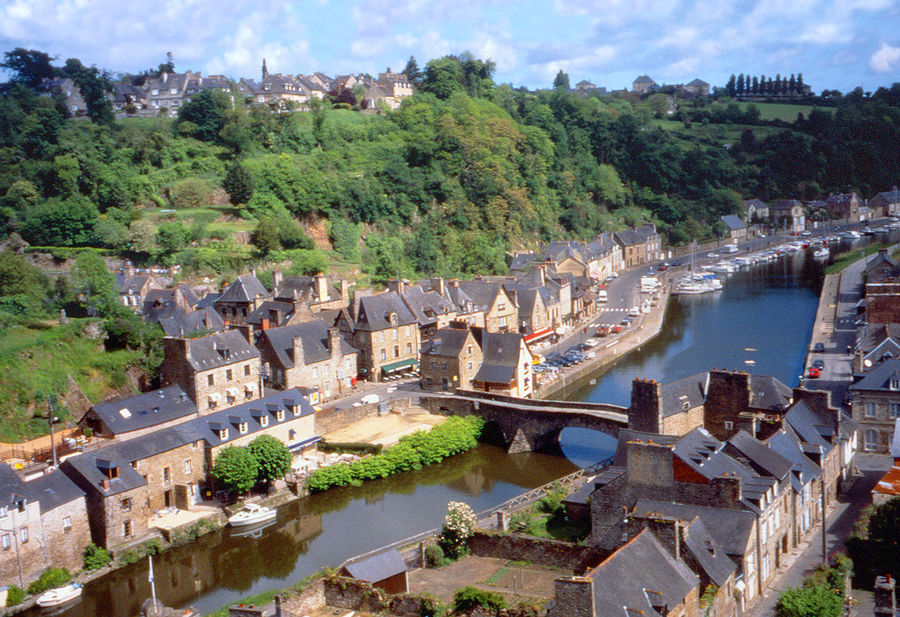 This seaport links Nantes through Brittany, making it a prominent canal for sailors to visit. Although it is frequented by private yacht and boat owners, there are yachts for rent here, as well. Cruise through the canal aboard a small boat, or even try a short day cruise.


Catch the waves at many of Brittany's beaches.

After the French Riviera, Brittany's pristine beaches are a top favorite among French natives and tourists. Brittany has a stunning coastline and a slew of beaches that are always ideal for a dip. The most popular beaches include Quiberon at the tip of the region, La Baule, and Belle-île, an island near Quiberon. Belle-île, which has starred in many of Claude Monet's works, may be visited through a scheduled day trip. 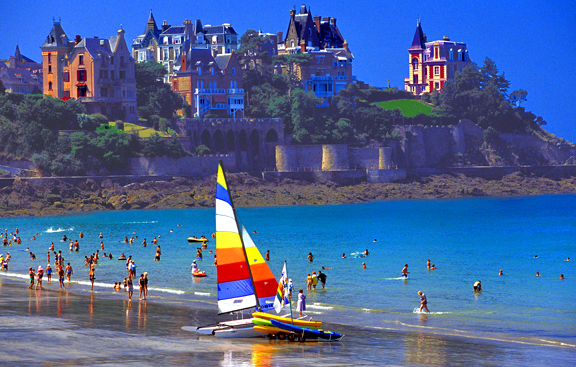 From the gîtes in Brittany France, there’s no better place to conclude your French adventure than the Quimper, an old town known for its cobbled streets and stunning landmarks. Yet, what makes this city more interesting is the presence of foreign aesthetics in its architecture. Breton culture is so entrenched in the city's history, that Breton music and traditions are celebrated every July during the Festival de Cornouaille. If you want to be transported to a new place without ever leaving Brittany, make sure to head down to Quimper in the summertime. 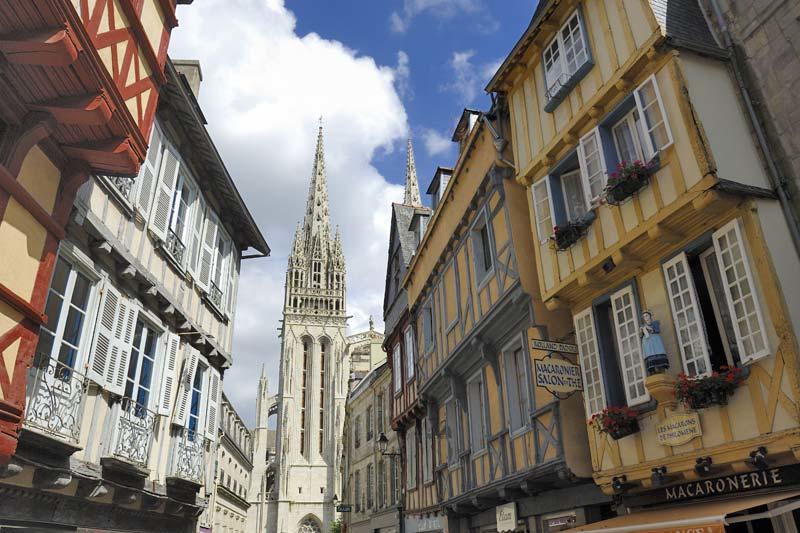