The Tastiest Kinds of French Cheese to Eat at Home

Cheese is just so tasty, isn't it? And it goes well with everything too! Everyonekowns it works well with bread, but it can also liven up the taste of crackers, eggs, meat, chips, and even dessert. With its varying taste, cheese has become quite the versatile ingredient. But you can also eat it on its own too. Arguably, the best ones are in France. They have all sorts of kinds of cheese there that will rattle your taste buds in the first few bites alone. You won't need to put them in a sandwich, they're fine all by themselves. And here are the tastiest that you will probably find near your home! 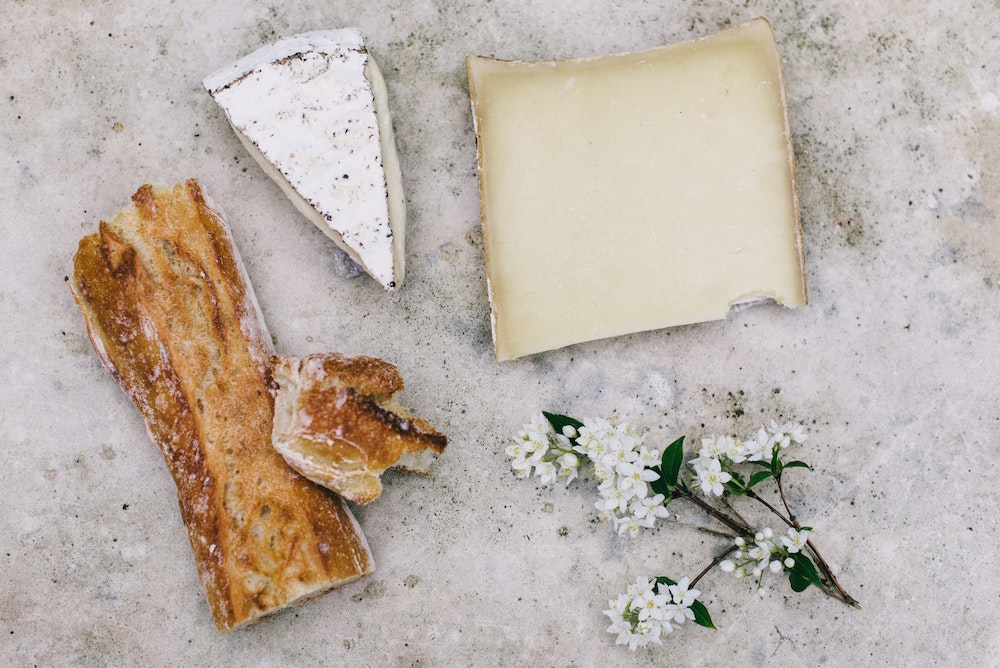 Why not start with something a little unique? It'll help your palette get used to the more extreme-tasting kinds of cheese along the way. But what makes Abbaye de Belloc different? Well, the milk used to make this specific type doesn't come from cows. Nor do they come from goats either. They actually come from sheep. Made in the Pyrenees, which is known for their shepherding culture, this kind of cheese has an earthy quality to it. Strong enough to make an impression on your tastebuds but not overwhelming at the same time. It works well with other flavors too! 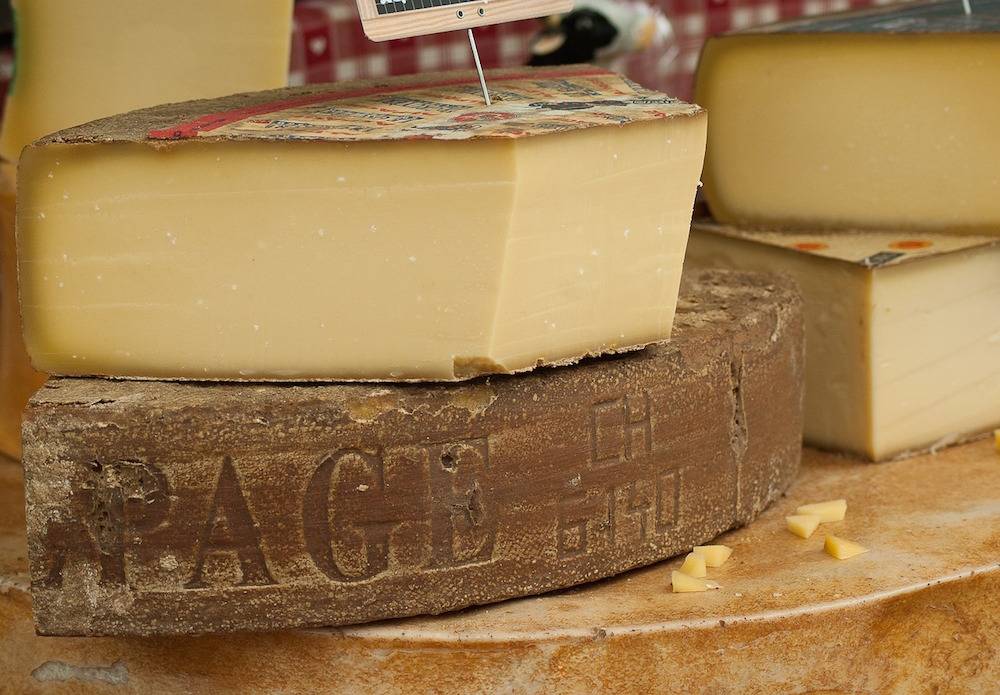 Up on the French alps, there's a certain kind of cheese that they make, the Beaufort d’Alpage. One of the lighter types on this list, this is on the sweeter side of the spectrum. And it's probably because they usually need 100 gallons of milk to make it. The result, however, is nothing short of tasty. The cheese has a certain fruitiness to it. A sweet kick that's slightly an after taste. On its own, it will work best with fruits, especially berries that have their own zest to them. Imagine combining the two in a nice afternoon snack! What a sensation that will be! 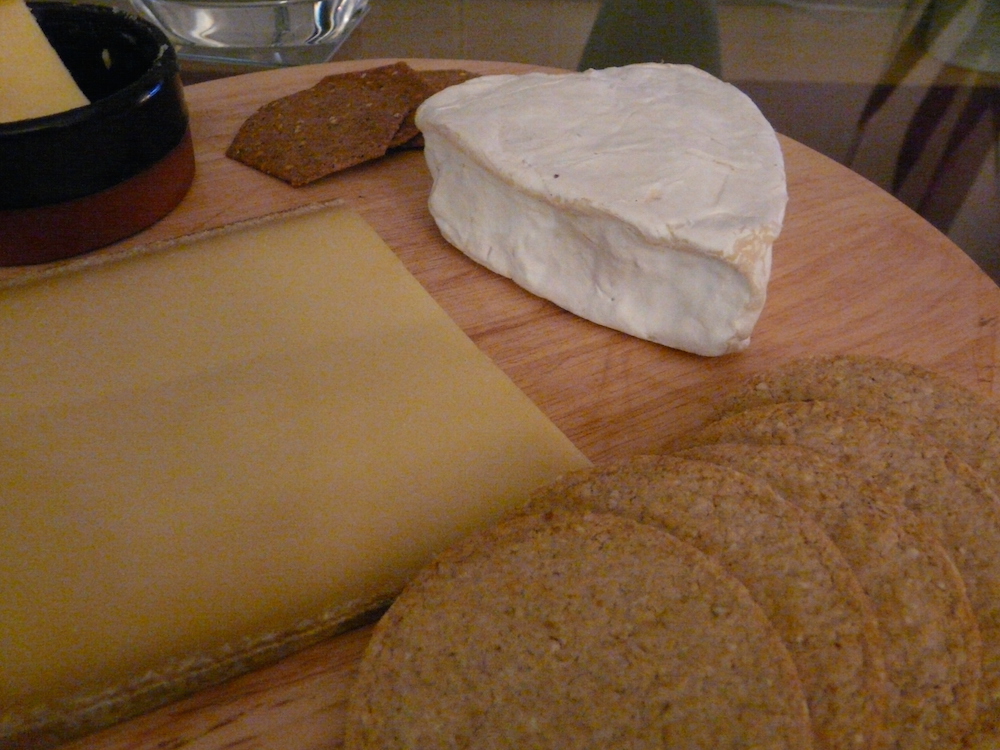 Now for one of the stronger-tasting kinds on this list, Epoisses. Weirdly enough, even though it has quite a distinct taste, it also has one of the smoother textures. Usually, they come as pastes or spreads, making them perfect for a sandwich with baguette bread. The flavor alone will get your taste buds going, so it's better to have just this kind with the bread and with no meat. Otherwise, the push-and-pull of rich tastes might overwhelm you. But because it's also extremely savory and slightly smoky, it may make for a great dip as well! 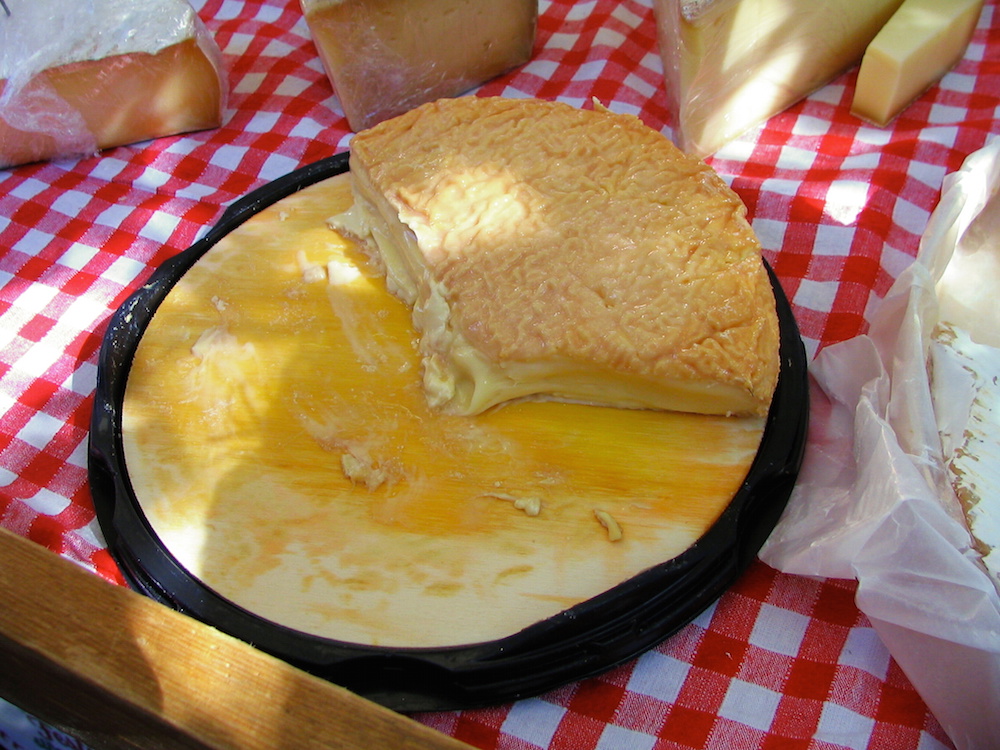 Want another nutty cheese? The people over at Pays de Bray have a kind that will get to your heart. And it doesn't hurt that they make it shaped like one as well. This adorable French cheese type, the Neufchâtel, although looks like a weird Valentine, is a nutty type of the dairy treat. However, the taste isn't that intense. It's simply savory in all the right places. You can eat it raw or have some with fruit to really liven up the flavor. And at night, it will go incredibly well with a nice glass of deep red wine! 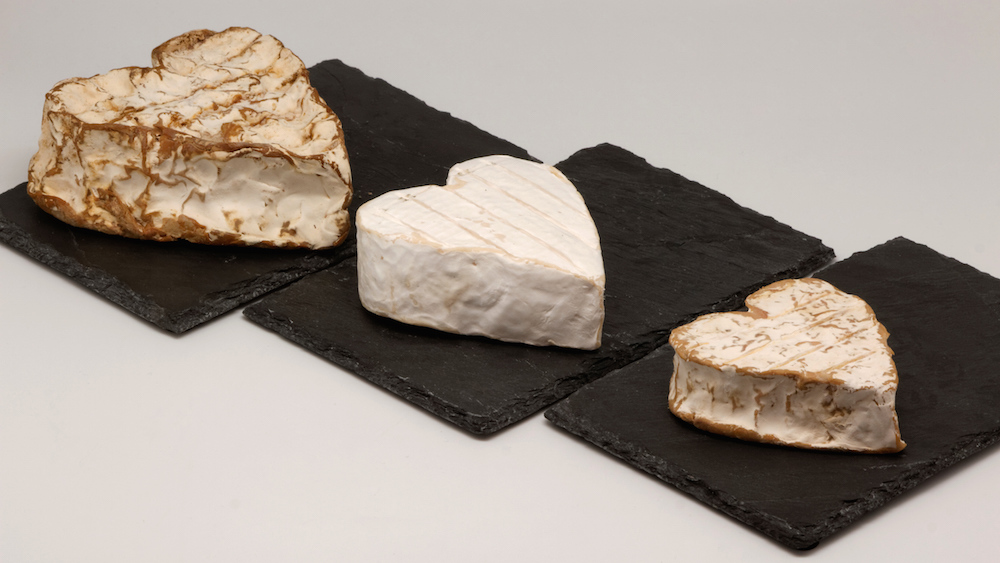 After all these nutty, fruity, and savory cheese types, you'll probably want something light, don't you? In that case, go for the Rocamadour cheese. Incredibly airy because of the intense dairy, it has long been one of the most popular kinds of cheese in the country. Possibly the world even. And you can thank the country's goats for that! Made out of fresh goats' milk from the Midi-Pyrénées, it has a certain airiness to it that makes it so delectable. After one bite, you'll just want to put it between two slices of baguette and eat it with a nice glass of white wine! 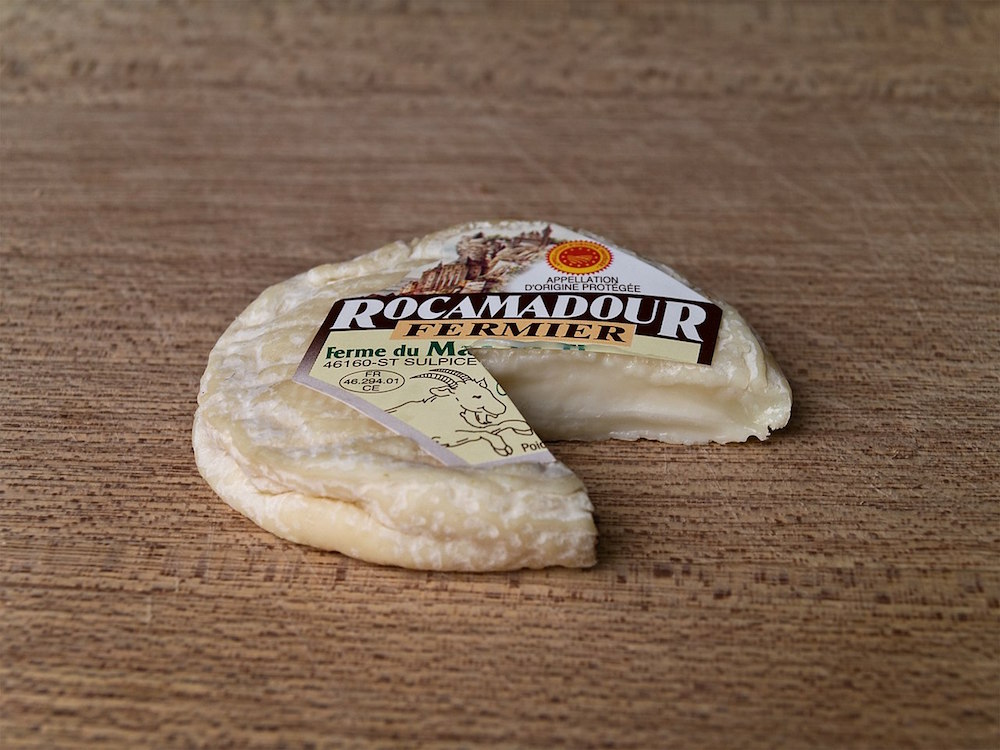 It's almost difficult to pinpoint what Tomme Crayeuse really tastes like. At times, it can taste rather chalky, which makes it no surprise that 'Crayeuse' actually means chalky. Some parts have that certain after taste, a nuttiness that you might not taste in other types of French cheese. However, as this type ages, the nuttiness sort of melts away and other parts of it will really put out the curdiness of the dairy treat. While other parts will taste stronger, reminiscent of other vegetables which may pair well this specific type. So if you're going to make a salad,  the Tomme Crayeuse is your best bet to livening it up! 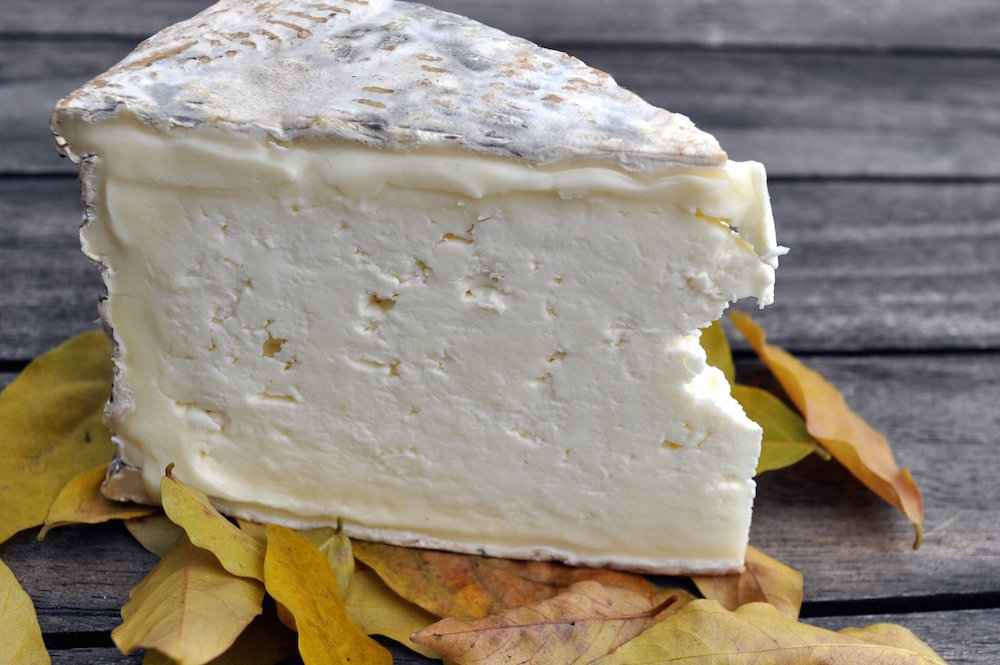 It's rare for an old block of cheese to taste good. Many times, cheese deteriorates into an awful flavor that, even though it's still edible, you'd rather not eat it. Now, however, when it comes to Vieux Comté. A classic favorite that dates back to the Middle Ages, this type of cheese actually tastes better as it ages. The flavor becomes saltier and more savory, far from the slight airiness when it was first produced. It will also give off a nice nutty after taste, leaving you wanting more after every bite. This is the sort of cheese that works well with anything and everything, so be sure to have some at home for when you hold a dinner party! 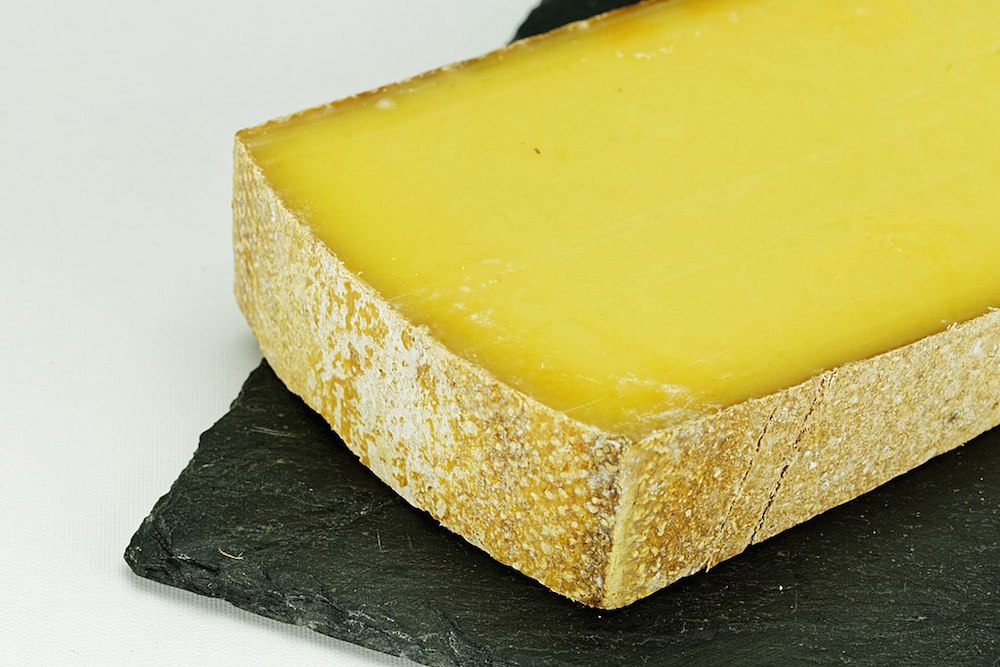 France sure knows how to make their cheese! They have some of the tastiest kinds out there that will excite your tastebuds and possibly change up our palette. Fortunately, a good number of them are also available outside of France!