Things to Do in Rome in Summer

Rome can get pretty sweltering during the summer months. As the calendar hits June, you can expect a full blown heat party that is best enjoyed with great summer activities that you can luckily find easily around the Eternal City. From spectacular music fests and quintessentially Italian soirees, here are the best things to do in Rome in summer whether you come to specifically visit for the occasion or just don't have any other time to visit.

Summer officially breaks into the Italian capital on June 21 and leaves on September 23. Like other Italian regions, summer in Rome has a reputation for being crazy hot that it's impossible not to find a distraction from the scorching temperature. So it's a good thing that there are plenty. While many of the locals pack up the car and the kids to head to the beach or escape into the cooler villas of the countryside, many still choose to stay, along with adventurous tourists and travelers who find the charm of Roman summer exceptionally unique.

Before we reveal our list, it’s worth setting expectations first. Temperature in the city can go up as high as 32°C around August. That's even exemplified by the fact that you would probably need to walk more or take public transportation which can be a really hot mess. Knowing this beforehand, you should be able to prepare your necessary summer kit including the essential sunscreen, your headgear, glasses, and light summer clothing. If you’re planning to visit churches, however, you should be mindful of having decent clothing as most places won’t admit guests that are not up to the dress code. 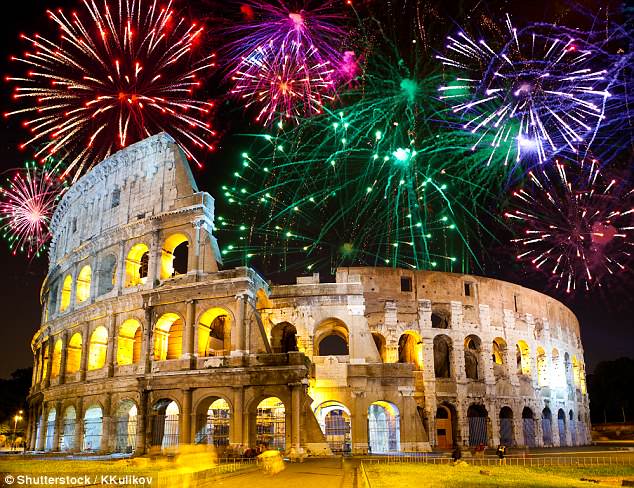 Rome buzzes with life in the summer. The days are great for exploring the outdoors while the warm summer nights are spectacular for enjoying late-night parties. In fact, most festivities are held well into the night.

The best events most looked forward to among locals include:

Literally translated as Roman Summer, the Estate Romana is held from the whole stretch of June to September and comprises of different events including concerts, outdoor cinemas, and cultural gatherings. Music from the best local bands will serenade summer night parties. If you're a visiting tourist who wants to immerse with the locals, the cultural events that include readings and gastronomic events are the perfect place to be. The best part? Most of these events are free!

This is a series of music festivities held in various locations in Rome from July to September. Tickets are available online and is a great way to sample the finest of the local Italian music scene, especially in the capital.

Rome comes top on the list when it comes to cultural refinement and the summer is the perfect time to find events that celebrate cultural urbanity. One such even is the Festival delle Letterature, which is held in the Basilica di Massenzio where theatrical readings are held. High-profile guests are usually invited.

High-caliber Roman opera is what you'd expect from this flocked Roman event. This year, it is to be witnessed at the Terme di Carcalla, and will run from June to August. The propped and lit stage may be hard to see especially from the back rows so be prepared to take your binoculars with you.

A well-celebrated event for the LGBT community in Rome, this ten-week open-air bonanza invites everyone on a wild and fun season held in various spots including restaurants, discos, and cinemas in Rome.

Rock lives on in this well-celebrated rock event that takes place from mid June and concludes in early September. Past guests include Bruce Springsteen, Radiohead, and the Killers!

Happening from June to early September, this recently-conceived musical gathering takes the best names in the international music industry for a smashing musical party that will surely leave you looking forward to the next year.

A dual event meant to give tribute to its two patron saints, Saint Peter and Saint Paul. The celebration includes the hearing of a solemn mass, and a lively all-night street fair.

Attending a music fest is one of the most unmissable things to do in Rome in summer. Music festivals in the city is never concentrated on one venue and you always have a choice on where to go to. The Roma Incontra il Mondo event, happening from July to August, for example, is another international music gathering that is getting more traction each year. The event is held in Villa Ada, a picturesque venue that is made even more beautiful with the melodies that will serenade the warm summer nights.

Held as tribute to the Madonna del Carmine, the Festa de' Noantri is a collective of festivities that happen in a span of two weeks at the end of July. This includes street performances, art shows, and of course, pyrotechnics, among others.

The courtyard of Sant’Ivo alla Sapienza will serve as the backdrop for chamber and symphony music that will take place on various dates from July to mid-August.

A feast day on the General Roman Calendar, it's a traditional Roman celebration meant to honor the Lady of the Snows and the legendary story of an unseasonal snowfall on the Esquiline hill hundreds of years back.

Happening on August 10, the romantic Notte di San Lorenzo is celebrated by looking up at the night sky, hoping to catch a shooting star. Although your chances may be slim, the poetic tribute is meant to commemorate St Lawrence who was martyred in Rome in 258. 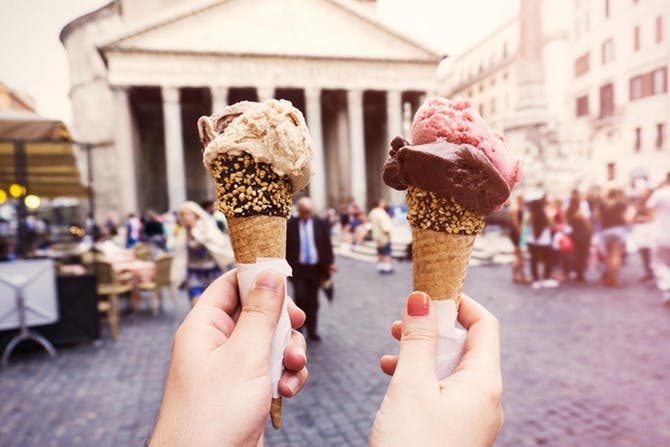 What better way to cool off from the summer heat than taking an ice cream break. But wait - when in Rome, it's certainly worth topping it up by trying the best gelatos in town.

Gelato is really no different from your ordinary ice cream, but the Italian touch makes it creamier and denser than regular ice cream. They're usually packed with less calories too so that's pretty great for those watching their diets. And it's more than a treat when you can find the best gelaterias around. Some of the best gelaterias in the Eternal City include:

Chill by the Parks 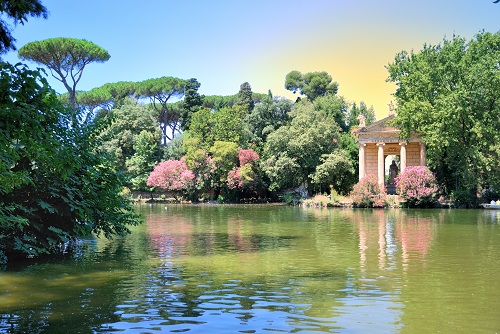 The Roman city is dotted with little oases that provide temporary reprieve from the scorching sun in summer. And they just don't offer shade, but great outdoor spaces you can actually enjoy hanging out in. Pack up a picnic basket, don on a simple summer attire (don't forget your sunglasses!), and take to the park! Rome's parks never fail to reflect the beauty of the whole city, with patches of green decorated with well-blossomed trees, charming waterscapes, and picturesque sculptures and monuments. These natural spaces are highly recommended for keeping cool whenever wandering around seems too unbearable.

Some of the best parks in the city of Rome includes the heart-shaped Villa Borghese which you can find right in the center of the Eternal City. Its naturalistic English landscape is home to numerous museums, lakes, fountains, and even a horse track.

The Villa Doria Pamphili can be found in the Monteverde neighborhood and is the largest landscape park in the whole of Rome. Here, you can find the Casino del Bel Respiro and its majestic gardens.

In Trastevere, you can find the Botanical Garden of Rome which houses over 3,000 species of natural flora encompassing a Japanese garden, a mini bamboo forest, and a beautiful rose garden. At the top of the park, you can find an equally mesmerizing view of the city.

In summer, you'd be lucky to visit the Vatican Gardens which only opens to the public in the months of June, July, and August. Its scenic and tranquil atmosphere is surely a relaxing retreat from the crowded grounds of St. Peter’s Basilica and the Vatican Museums.

Another photogenic oases in the city are the Orange Garden, a gated garden on top of Aventine Hill, and the Parco degli Acquedotti located in the south of the city.

Take to the Beach! 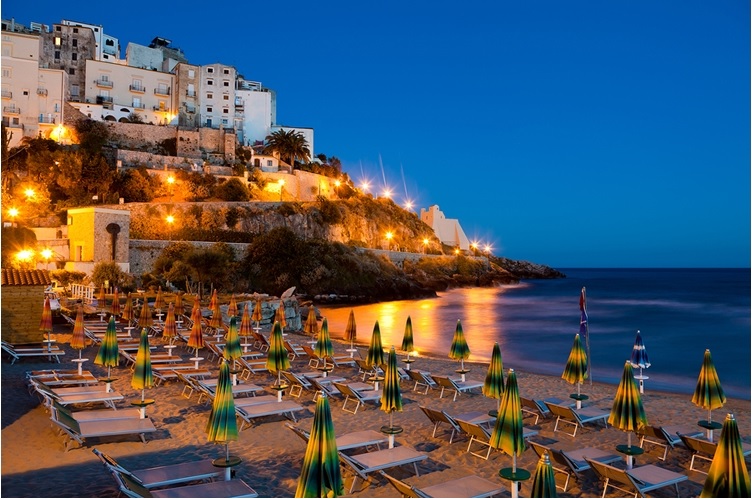 Splish-splashing in the beach is definitely one of the best things to do in Rome in summer. If you’re in Rome during the summer holidays, you’re in luck. Aside from the great variety of festivities and cultural events, you can also find majestic beaches to waive away the summer heat just an hour away.

One of the most famous beach escapes in Rome is the Fregene beach which is also flocked for its lively summer nights. Other beach venues easily accessible by public transport is Santa Marinella, Santa Severa, Ostia beach - closest to Rome, and the Ladispoli which is located on the north of the city and is famous for its long coastline. In the south of Rome, you have Anzio, the Sabaudia, and what is considered by many as the most beautiful beach near Rome, Sperlonga.

Roam in Rome at Night 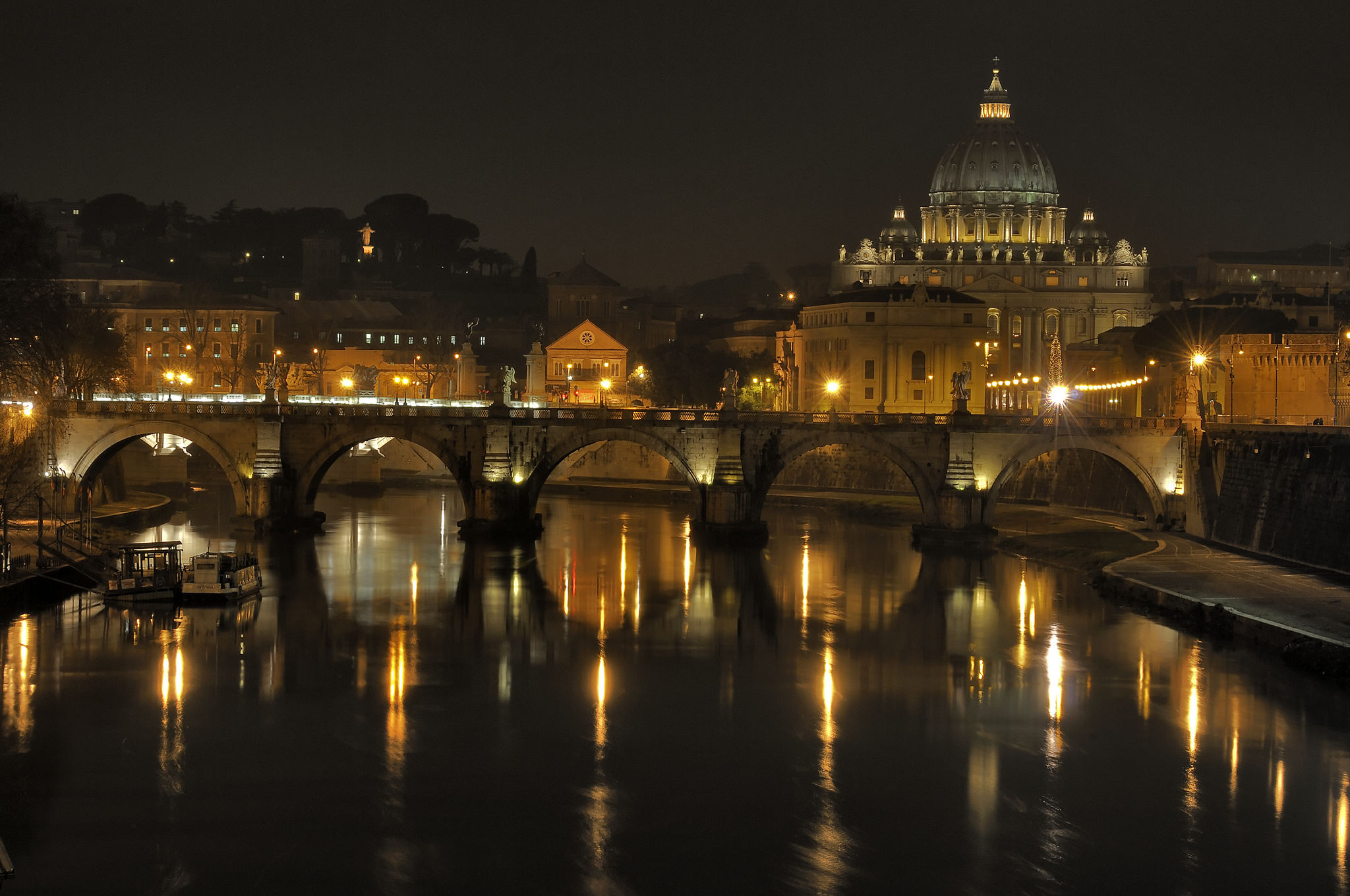 The warm summer nights in the city provides the perfect backdrop for some of the amazing activities you’ll have the pleasure of partaking in. As we’ve already mentioned in detail in the first part of this list, it’s not hard to find a spot to chill in or have fun, whether you fancy at drink at the bar, or by the river.

Speaking of which, the Tevere River is a highly-recommended location you should check out. The Lungo il Tevere festival is a favorite among locals and many visitors alike, where you can find makeshift stores and stalls popping up around June until August. Here, there are great places to eat but gastronomy is not the only thing you can look forward to. You can also enjoy the mini concerts and musical performances, theatre, poetry reading, and outdoor cinemas.

Where to Stay in Rome

A day is not enough to explore the complete awesomeness of a Roman holiday. Stay for a week or longer so you can fully sate your thirst for authentic Roman summer.

When in Rome, see to it to stay in a place you can call your own. All Luxury Apartments makes it easy for visiting tourists, whether you’re in Rome for vacation or business, to feel at complete comfort and safety while in the Eternal City.

ALX gives you an impressive list of handpicked homes, private villas, and apartments for rent that will secure your need for luxury and safety, such as this Penthouse Terrace in the Campo dei Fiori area. 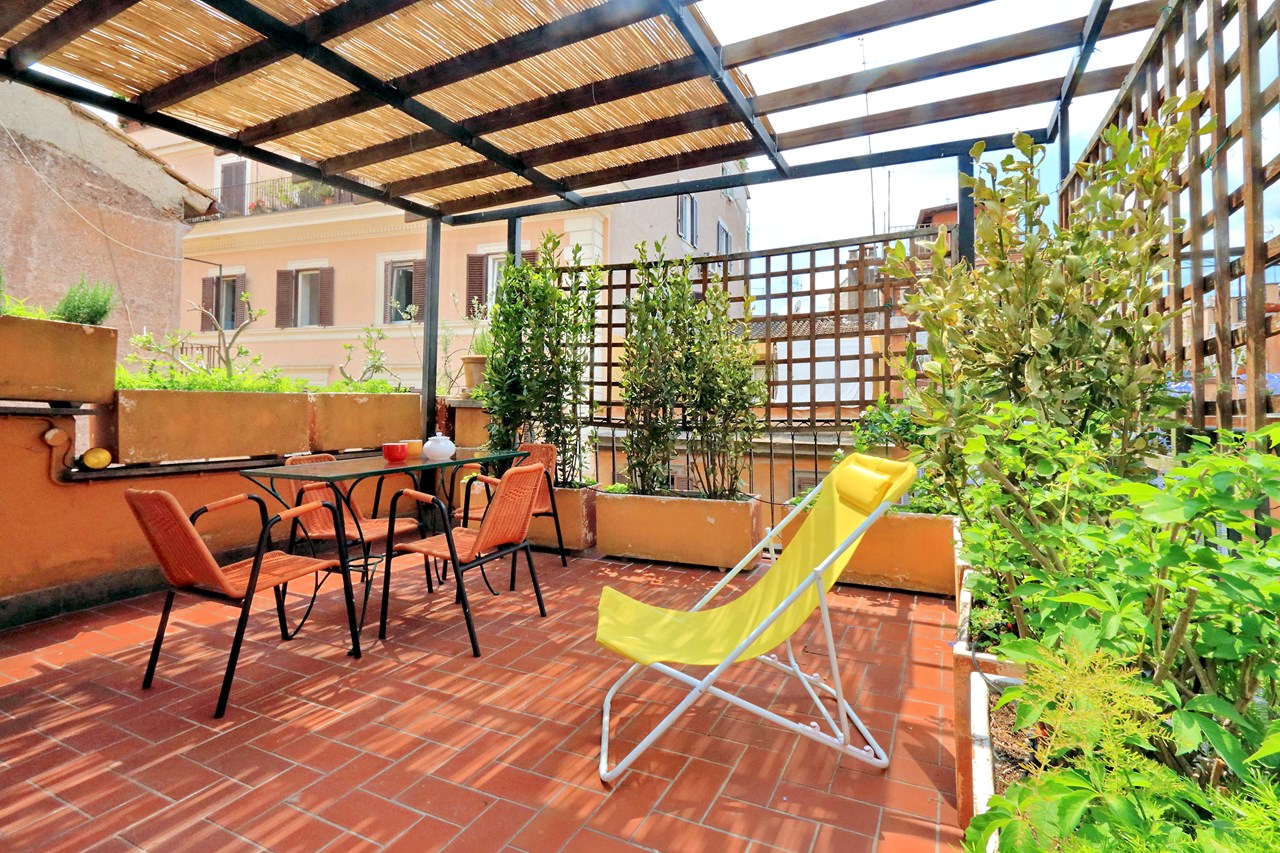