Unfortunately, Tallinn is far from a famous city. It's nowhere near the same level as other European capital cities like Paris, Rome, Brussels, Amsterdam, and the like. It's a shame too because the city itself is so magical, what with the fairytale-like beauty, its old-world charm, and the stark contrast between all of that Estonia's own advanced digital landscape. Oh, and don't forget the food too! Everyone knows that one of the best parts about traveling to a new city is tasting its food, right? Well, the Estonian capital certainly doesn't fall short on that account! Most especially not these foodie hotspots! 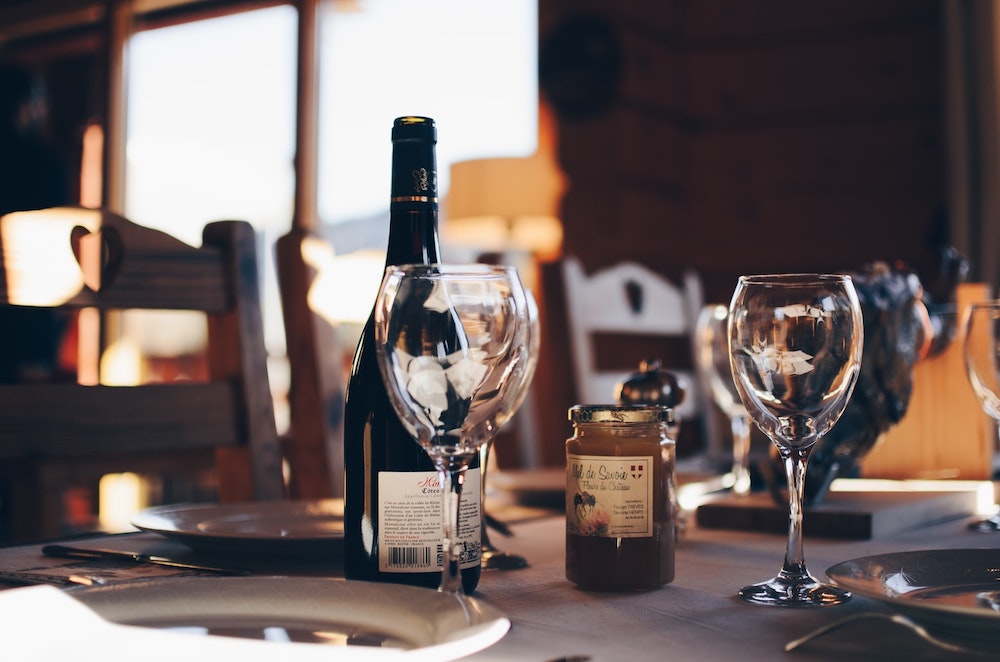 180° is a restaurant that's so good, many consider it as the best in Tallinn. Run by prominent Michelin-starred gourmet chef Matthias Diether, it offers a culinary experience you won't soon forget! For one thing, the kitchen is as much a part of the ambiance as the dinner tables. You get to see, firsthand, how the chefs prepare your meal. And what a meal it is! From scrumptious lobster to beef that's so tender, you won't need a knife to slice it, it's a whirlwind of flavors and textures with every bite! And they're all money well spent too! 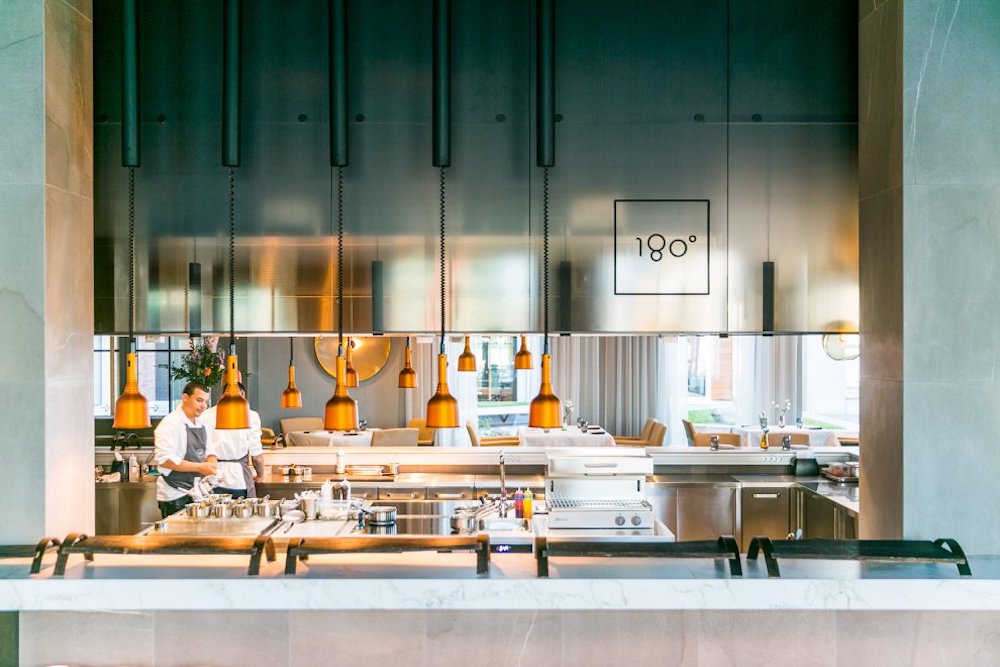 Nordic Seafood is the name of the game here at Restoran Ö! Since Estonia is famously located beside the Baltic Sea, seafood has always been a huge part of its traditional cuisine. Restoran Ö takes that and spiced it up with modern flavors and new techniques to really get the party started. Whether it's filleted fish that tastes so tender or the smoked variety that's a must-eat in Estonia, you'll definitely get your seafood fill in this foodie hotspot! So much so that you might end up favoring Nordic Seafood even more so than the more famous Mediterranean seafood in the same continent! 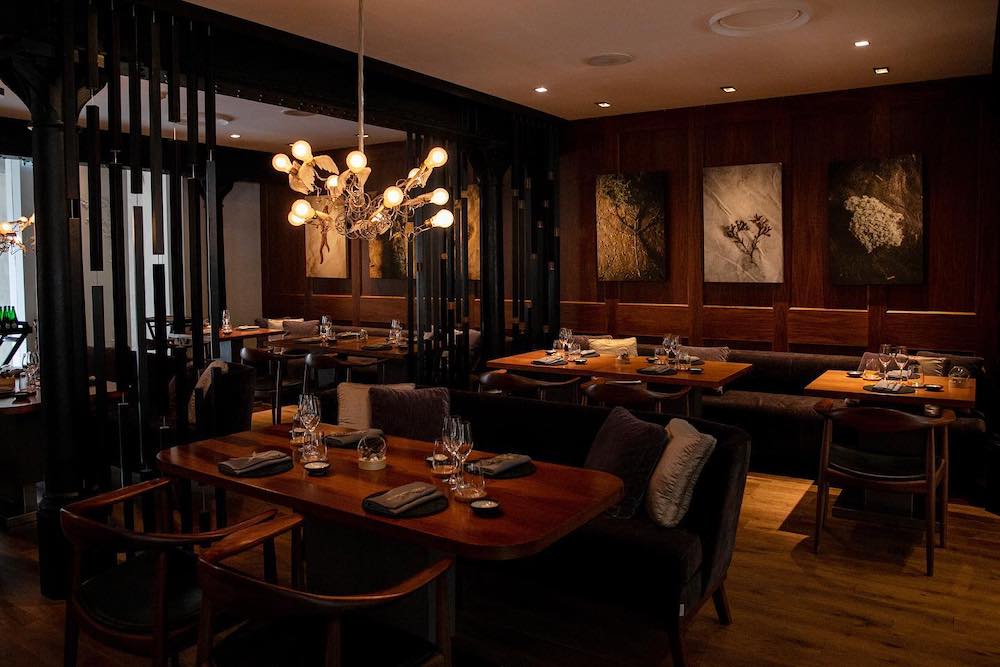 Although Fotografiska Tallinn is actually an art center with a huge focus on photography, its in-house restaurant has created quite a buzz among connoisseurs and foodies alike! How could it not when it's one of those places that excel in both meaty dishes and seafood delicacies in equal measure. Its cold-smoked cod, for instance, served with noodles with saffron, recalls the rich flavors of the Baltic sea in all its salty, savory goodness. As for the grilled beef? Perfect to wait with their finest reds! Moreover, the place has also become popular for the brunch crowd as well! 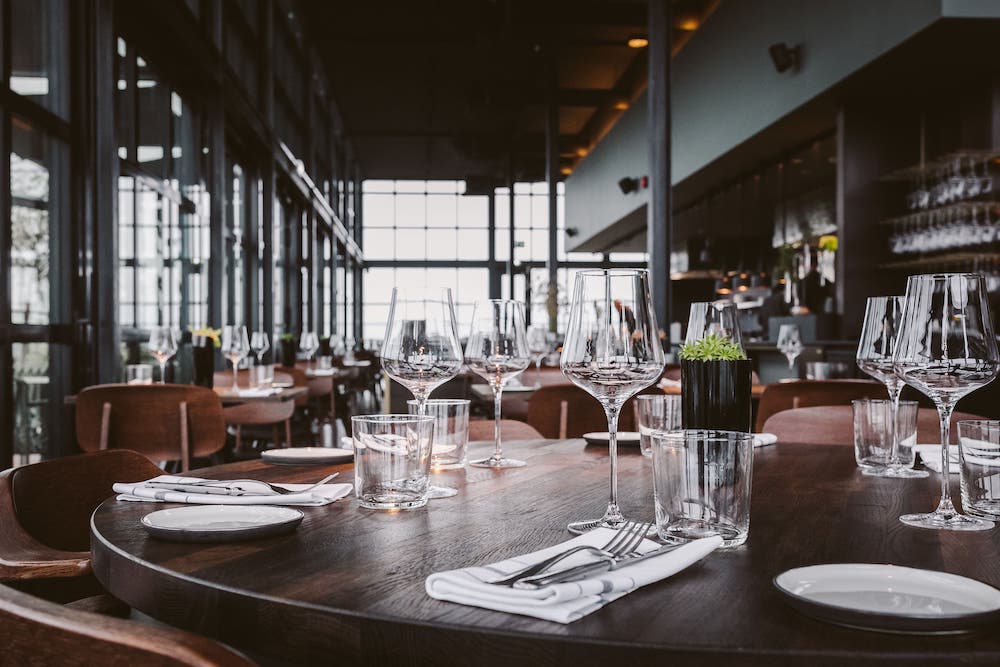 Located in Tallinn's Old Town, the most famous and most tourist-friendly out of all the city's districts, it's no secret that Rataskaevu 16 is a must-visit for foodies in the city. Firstly, because of its central location, it's easy to get to via public transport! There's no reason why you can't stop by no matter where you're staying in the city. Secondly, this place offers up the local flavors of Tallinn in their culinary glory! From freshly made pumpkin bread to filleted herring freshly caught from the Baltic Sea, eating here is like tasting the best of the city's home cuisine! 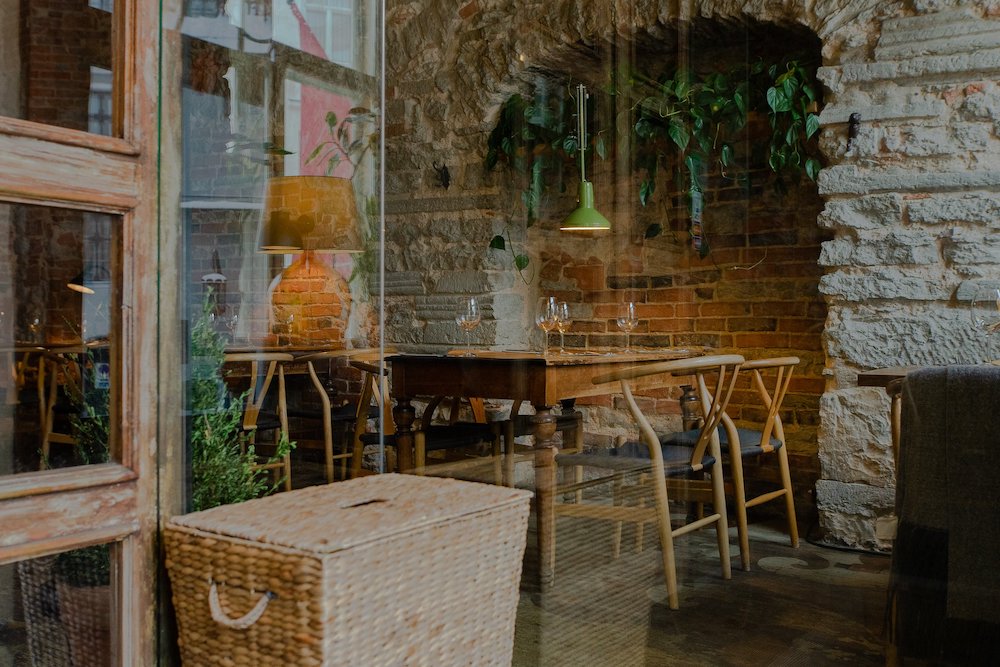 'We bring the farm to your table!' This is what it says on Leib Resto ja Aed's official website. And you know what? It couldn't be more accurate! This place's success has always been because of its partnership with local farmers and fishermen in the city, They're the ones working hard to ensure what reached your table are the freshest and best! This means freshly baked black bread (an Estonian delicacy) to start things off. Or freshly-squeezed tomatoes to make their deliciously rich soups and sauces. Or freshly-caught trout that's smoked and grilled to perfection. Do these have your mouth watering yet? 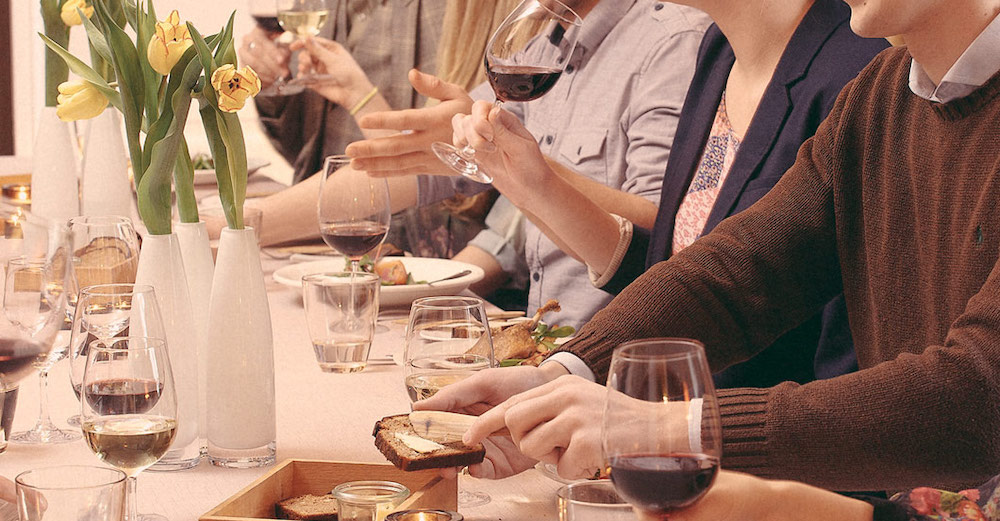 Despite its name, La Bottega is not a garage that it's some sketchy corner in Tallinn. You won't get to witness a crime here if that's what you're worried about! On the contrary, La Bottega is actually one of, if not the finest Italian restaurants in Tallinn. From their homemade pasta to pizzas baked just right, this place combines all the fresh ingredients of Northern Europe with the flavors and richness of Southern Europe. The result is a fantastic menu of Italian cuisine that contains all the best of Estonia's produce. How's that for culinary excellence? 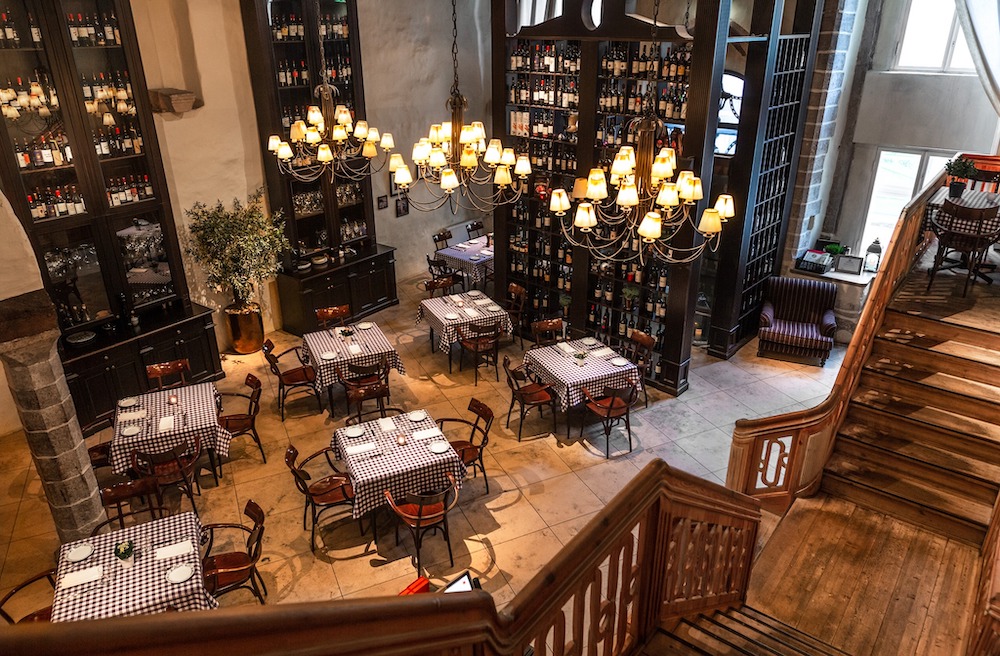 If fine dining is more your jam, look no further than Rudolf! Known as one of the best brunch places in Tallinn, Rudolf offers an elegant ambiance to go with their excellent menu. Think mimosas in the morning to perk you up and help start your day. Pair that with their scrambled eggs with truffles, savory porridge, or Paris-style crepes and you've got gold! What about lunch? Well, there's caviar & fish roe, mussels submerged in a creamy sauce, or steamed cod served with fresh vegetables. Don't forget their selection of fine reds and whites to go with them! 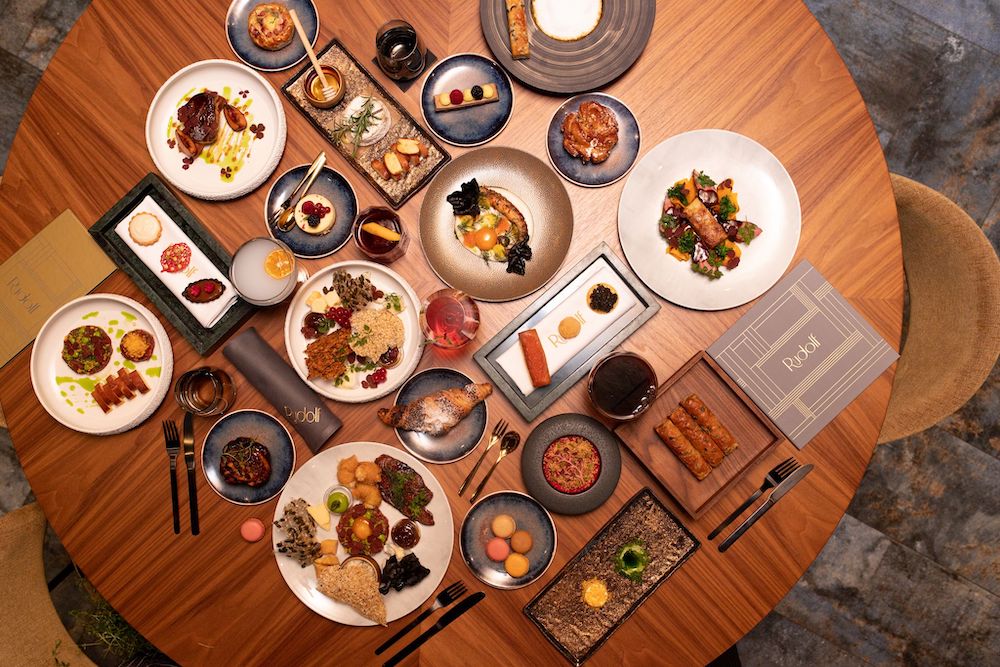 Although it's also referred to as Cafe Moon, Kohvik Moon is more of a restaurant than an ordinary cafe! In fact, coffee isn't even the star of the show at this place. Headed by respected gourmet chef Roman Zaštšerinski, the place is a shrine to Russian cuisine made with the Estonian spirit! You'll just die as you bite into their well-made Chicken Kyiv, fried and seasoned to perfection! Or their smoked eel stewed with apple wine and beetroot! Now that's a delicious dish you won't find anywhere else! You're probably itching to go to Tallinn and check out this place now, aren't you? 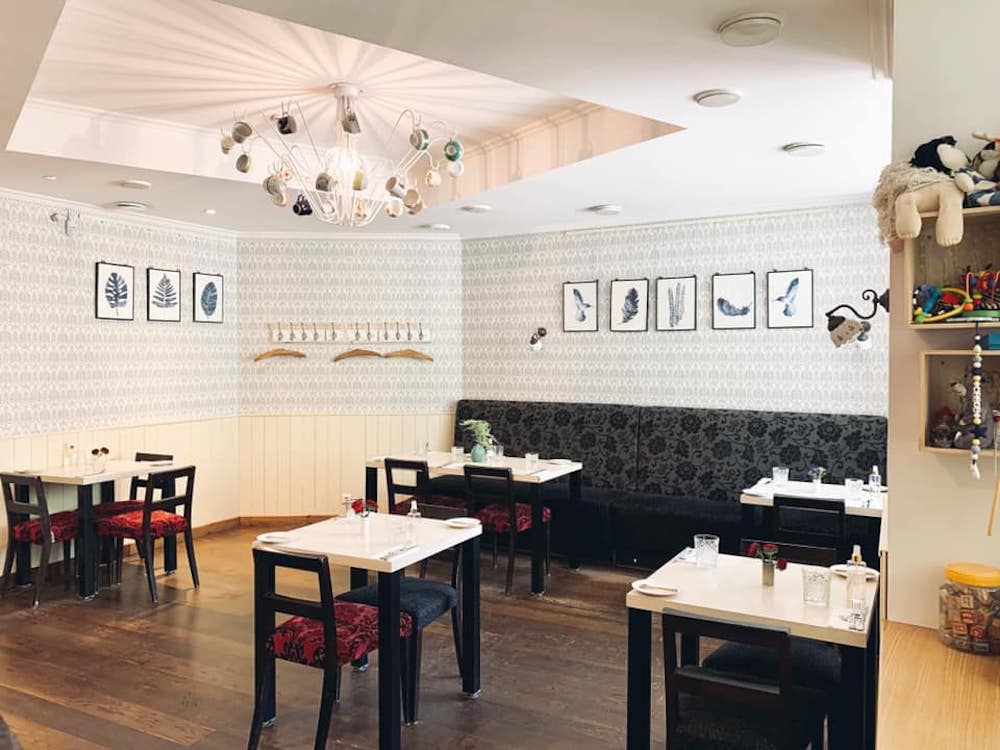 Tallinn may be unknown to many but with so many excellent restaurants on offer here, it what it takes to be considered as a food capital. One that embraces traditional cuisine, is open to foreign menus, and can rise up the ranks to reach the levels of Paris and London!