What to Do and See When in Corsica?

Corsica may only be a small island on the Mediterranean but it’s the birthplace of some of the most interesting things in history. While you probably already know that the great Napoleon Bonaparte was Corsican, you perhaps missed the bit that the first version of Coca Cola was also invented by one. A relatively modern version of law that consequently inspired the American Constitution was also written by a Corsican during a brief period of Corsican independence. Their first and only king was German, and they have the largest array of megaliths in the whole of Mediterranean. Quirky bits that will make you love this island more, as you explore its great chapels, lakes, and beautiful Corsica cottages.

Corsica may only be one of the 18 regions of France but it definitely is one of the most interesting. An unassuming island located southeast of the French mainland, it has developed its own culture and customs that is distinct from the rest of the French regions.

From exploring hilltop villages that are centuries old to swimming in one of its pristine turquoise beaches, you will never run out of exciting things to do around this enchanting island.

Here are some of the best things and places we recommend you to do and see around Corsica. 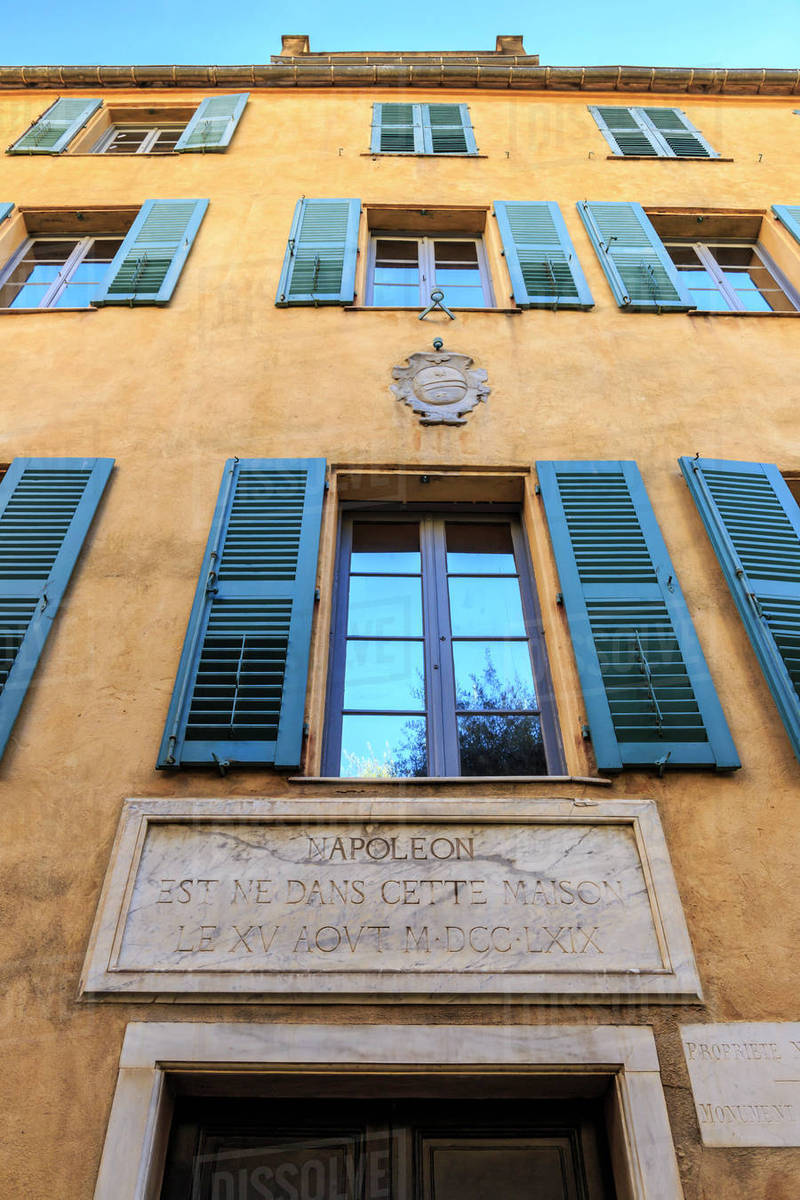 The birth home of famous historical figure Napoleon Bonaparte has been well-preserved to this day. Now open to the public as a museum, it has conserved the original home furniture and some of the family’s belongings from the time they owned it which, by the way, is quite a long period (1682 to 1923). You can also find paintings, prints, and the family tree. By the end of the tour, there are exhibits in what seems to be a wine cellar with wine and baking equipment.

The Maison Bonaparte is located in Rue St. Charles. If you don’t want to wait in line, go there early. 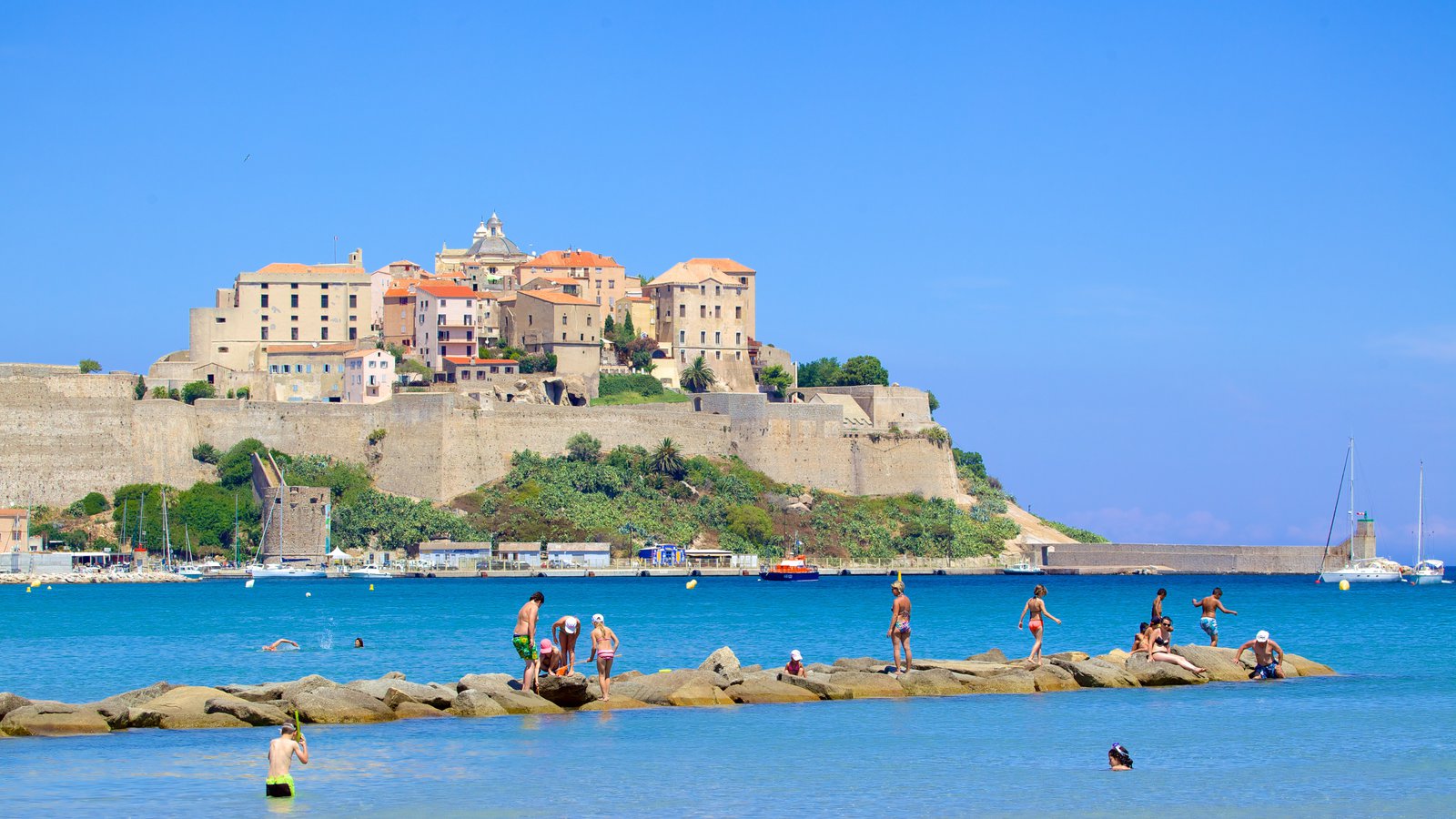 Corsica’s 1000km coastline is home to over 200 beaches of fine white sand and crystal clear waters. Faced with an overwhelming number of choices, finding the best one can be a challenge. To simplify things for you, we’ve managed to come up with a simplified list of the most breathtaking Corsica beaches:

The beaches are not the only places where you can find perfect swimming spots. Many locals and tourists frequent the island’s many rivers. Wild swimming, as some have come to call the activity, attracts adventurers who also want to explore the surrounding nature first before they take a fresh dip in gorgeous rock pools.

The best places to wild swim in Corsica includes: 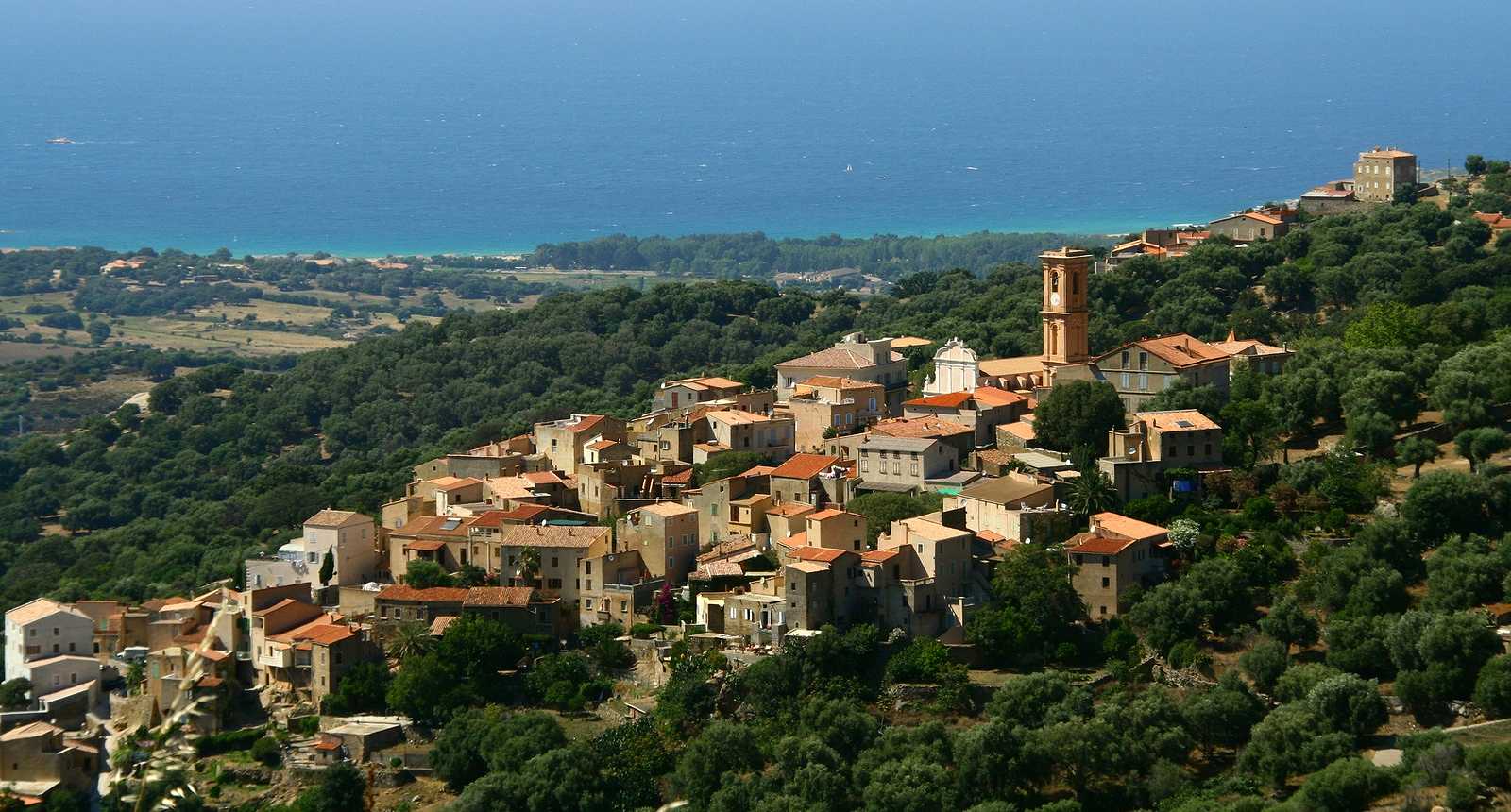 The quintessential French villages are not lost in Corsica. In fact, they have some of the most interesting ones. Sant’ Antonino is a must-visit. Located in the center of the Balagne region, the village teems with narrow lanes, steep pathways, ancient traditional stone homes with charming small courtyards, and an overall rustic vibe that gives you a sense of being in the old world. The village is inacessible to cars, another important point for tourists who don't want to walk.

Sant’ Antonino is considered one of Corsica's oldest, and one of France's most beautiful villages.

Other great villages that are worth the visit include Ghisoni, Propriano, Sartène, Castagniccia, Porto, Piana, and Cargèse.

A dramatic and imposing structure located on on top of a white limestone cliff, the Bonifacio Citadel is originally built in the 9th century to protect Tuscany. It then underwent an expansion and proceeded to accommodate administrative use. To date, the citadel clearly no longer actively serves its original purpose but remains well taken care of. The place is clean and evidently maintained, a sign of deep gratitude for the people who built the whole town from the ground up.

It’s best to visit the Citadel early in the morning so you have an overlooking view of the port and the sunrise. Around the area, wildflowers are planted, adding to the scenic route.

Around the area, you can find good restaurants, shopping areas, boutiques, and other spots of interest.

Find the best places to stay in Corsica here. 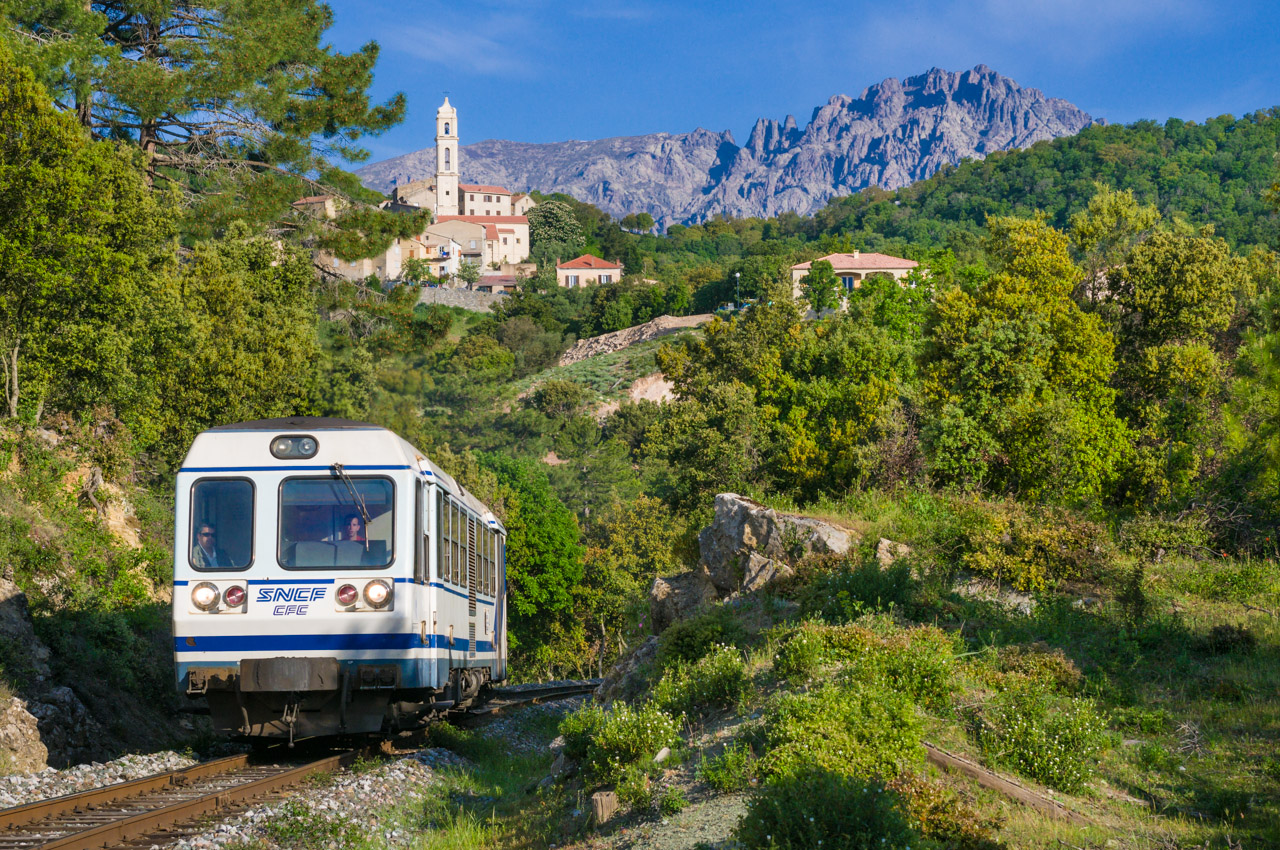 Going around by train is a unique way to get intimate with Corsica. There are three train routes in the island and all of them pass by scenic trails. The first route heads to Bastia in the north, the second one south to Ajaccio, and the third, to the west in L’Ile Rousse via the mountain, and toward the beaches and the villages. All routes interest at Ponte Leccia.

Find the best vacation rentals, private villas for rent, and Corsica cottages in the island. 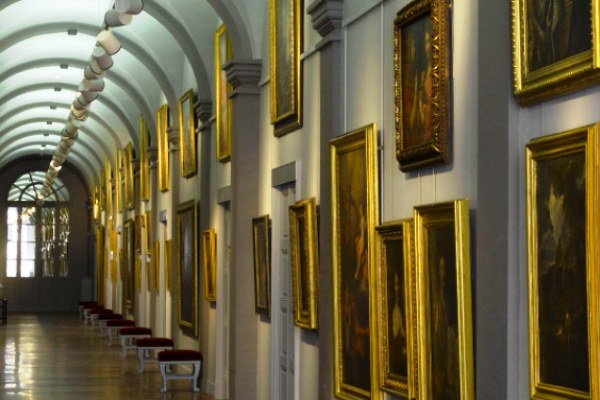 The very fact that you can find a historic art museum in France even in one its most remote regions says a lot about the country’s status in culture. And this grand gallery in Corsica is definitely not one to disappoint.

Home to the largest collection of Italian paintings in France outside of the Louvre, its repertoire boasts that of the great masters such as Botticelli, Bellini, and Titian. Its main displays, however, are important Napoleonic pieces you can’t find anywhere else. Other displays include significant artworks of both Italian and Corsican artists from the 17th to the 20th centuries. 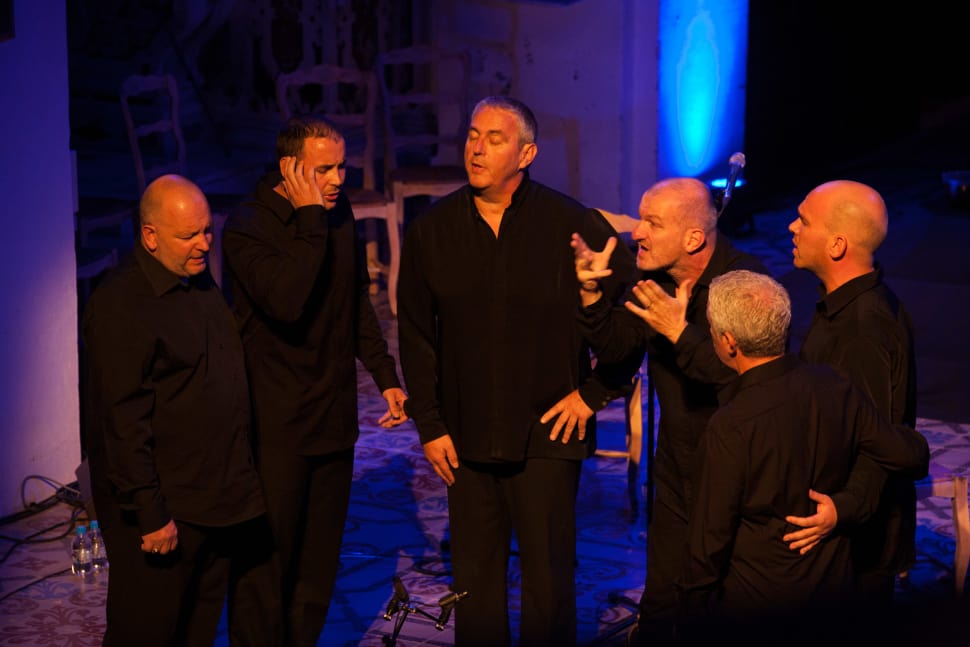 The Polyphonic Song Festival is an annual tradition that attracts participants not just from the region but all over the world. It came on the brink of extinction but was successfully revived in the 70s to become an emblem of Corsica’s identity. 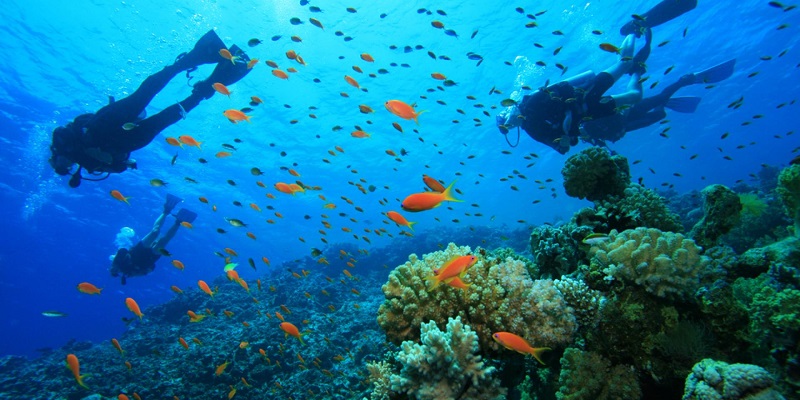 Corsica’s natural gifts are yours to explore. From the cold freshwater pools to the rich saltwater environments, there is always something to do. One recommended activity is hiking along the mountain trails. Many of the island’s hidden gems are easily accessible by foot from the coastline to the inland lakes.

Cycling and horse back riding are also famous activities around the area.

The beaches in Corsica are more than pretty. Its rich natural topography is home to a wide range of sea biodiversity. You can roam the fringes of this extraordinary world by snorkeling but if you want to go hardcore, there are also diving activities you are welcome to participate in.

Looking for Corsica cottages, chalets, and short term apartments for rent? We can help. 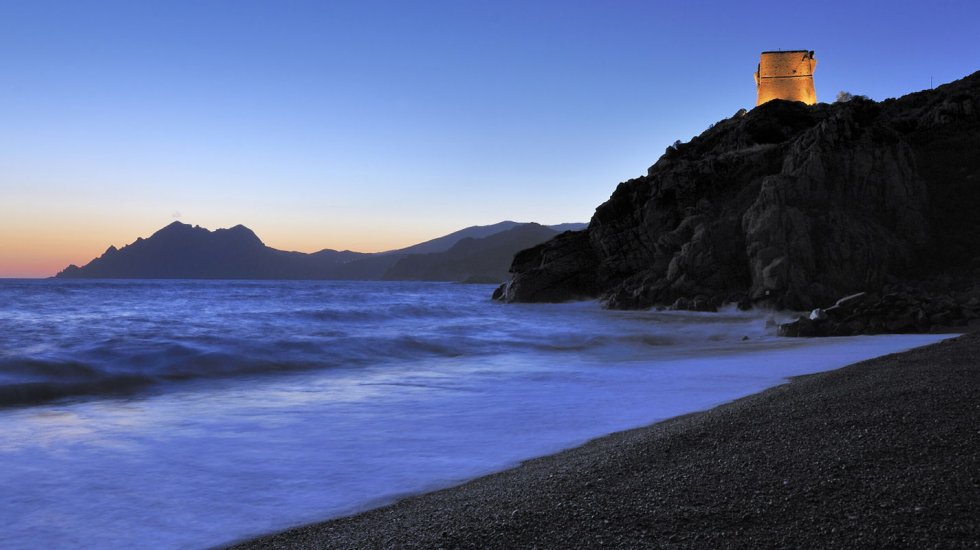 Although it can be easily included in the previously mentioned outdoor activities, the Scandola Nature Reserve deserves a special mention on this list. The Scandola Nature Reserve is one of the most visited tourist spot in the island and for good reason. The reserve is home to a vast variety of flora and fauna. This biodiversity is recognized by UNESCO which declared the site as a World Heritage, placing it at par with Venice, the Yellowstone, and the Galapagos!

You can also visit the neighboring village of Girolata which is only accessible by sea or through a narrow footpath down the hillside.

To get to the reserve, you need to ride a boat. Trips are available from Ajaccio, Calvi, and Porto. Even the journey there is magical. 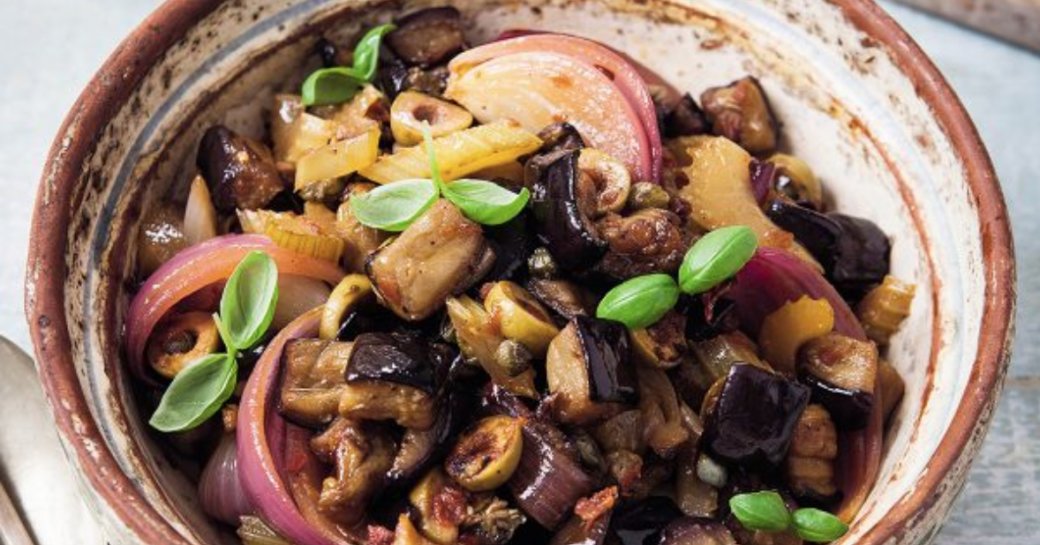 If you came for the gastronomic adventure, you will not be disappointed. Corsicans are known to take their food seriously. Locals at home commonly enjoy leisurely three-course lunches with wine, which makes restaurant standards fairly high. The variety of dishes include meat, fruits and vegetables, cheeses (of course!), and the staple in every French dining table,  the wine.

The selection of seafood is also unique, with the menu featuring red mullet (rouget), sea bream (loup de mer), crayfish (langoustine), and oysters (huitres) among others.

For desserts, you must try Beignets, Fiadone, and Flan a la farine de chataigne (Chestnut tart).

The little varieties in soil and climate composition produce outstanding selections of wine in the region.

The stretch of Corsica’s sumptuous bounties are laid out throughout the island. Seek out the best dining places and be sure to sample the local food as you explore the best sights of Corsica.

Where to Stay in Corsica

If you want to make sure your stay in Corsica becomes as magical as your adventures, secure a place that not does not only have a bed but a character. A vacation rental that is as charming as the pleasant Corsica vibe.

At All Luxury Apartments, we have done the homework so you don’t have to. We have identified the best vacation homes, private villas, and Corsica cottages and chalets that can offer luxury accommodation at its finest.

All homes for rent under the ALX umbrella uphold a level of quality that serves elegance, safety, and privacy.

See for yourself. Browse through our exclusive Corsica collection here.